You Can See This Stunning Natural Phenomenon Only in New Zealand—and This One U.S. State

Here's where you can see this amazing sight, no passport required.

Who knew worms could look so gorgeous?

Yes, those small blue-green specks twinkling on that cave ceiling are worms—a rare species of the glowworm. Known as Arachnocampa luminosa, these tiny creatures live in dark, damp places and light up to attract their prey, creating a spectacle reminiscent of a starry sky. Amazingly, they aren’t the only blue glow-in-the-dark microorganisms out there.

The most common place to see the worms’ light show is the Waitomo Caves in New Zealand. Tourists flock to Waitomo and journey through the caves by boat, with the luminescent bugs lighting the way. It’s a bucket list destination for sure.

As tempting as a trip here might sound, New Zealand is literally on the other side of the globe, and plane tickets aren’t cheap. So you might just have to settle for looking at photos of the creatures online, right?

Maybe not! Because a nearly identical “cousin” of the New Zealand glowworms resides right in the United States—Franklin County, Alabama, to be precise. At a national landmark called Dismals Canyon, creatures called Orfelia fultoni create a lesser-known, but no less beautiful, luminescent display. According to the book Off the Beaten Path, “Locally, this site is known as The Dismals. But visitors should not be put off by the gloomy-sounding name or the unimpressive entry area… rare glowworms, native to only a few places outside of New Zealand, light up Dismals Canyon at night. These blue-green glowing ‘Dismalites’ can be seen during guided night tours of the canyon.”

So, there you have it—you can see these otherworldly creatures without leaving the country. No 15-hour flight required!

Learn about some more hidden American gems by checking out these little-known national parks.

Originally Published in Off the Beaten Path 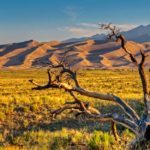 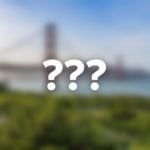