13 Silly Wastes of Money You Don’t Even Think About 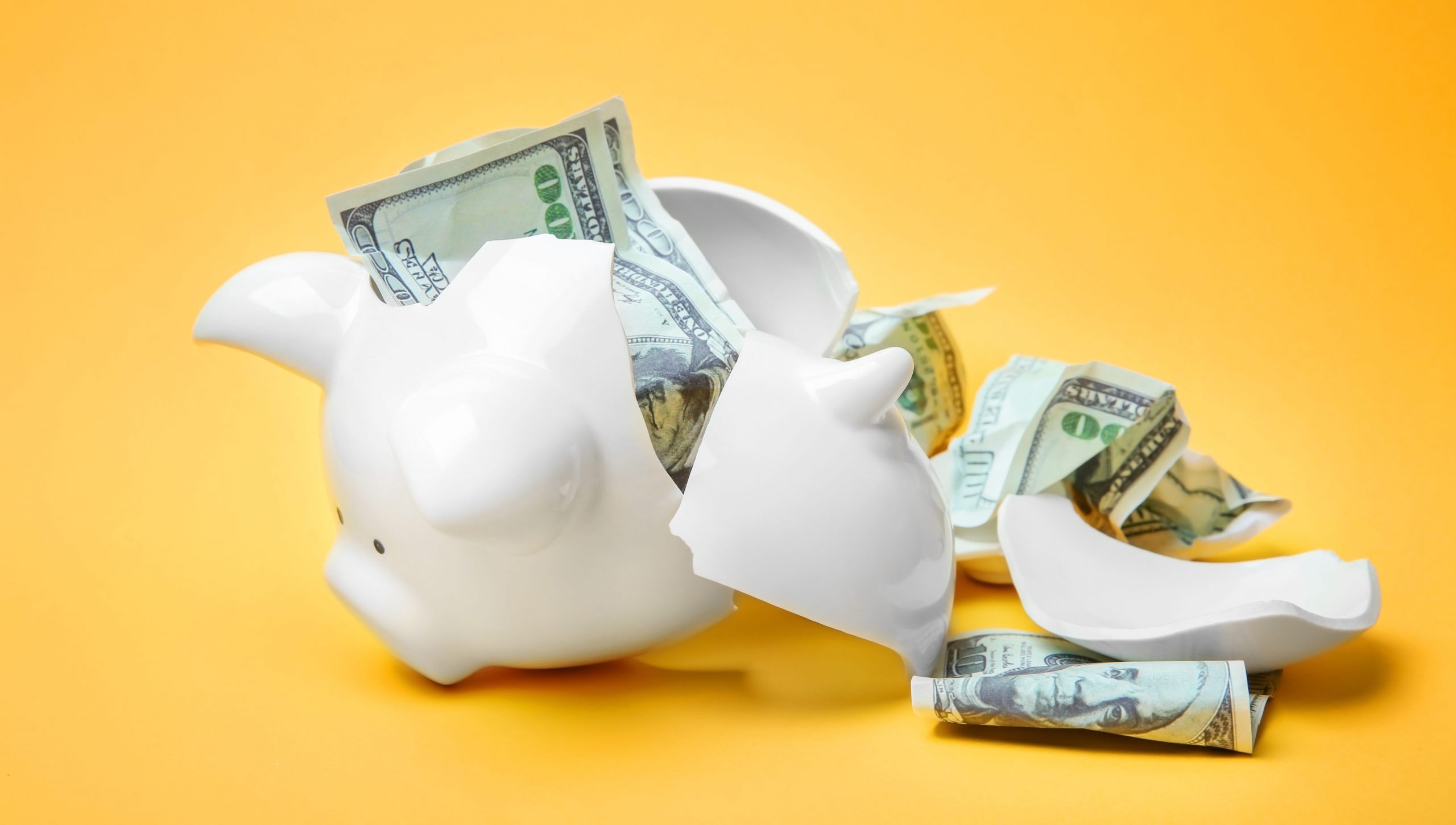 Bring your lunch to work. Skip the daily latte. You know how to cut costs on a daily basis, or during particularly money-crunched times. But there are so many other, sneakier ways that expenses can creep on you. Before you do anything, though, it’s time for an attitude adjustment around spending, says Prudential’s financial wellness advocate Amanda Clayman. “We tend to mistakenly think of money in terms of racing toward some future paradise, where all the sacrifice we’ve made will turn into this abundance that we’ll enjoy forever,” she says. “You want to have balance when it comes to saving, where you’re enjoying what feels good to you today but also being mindful of what’s meaningful to you in the future. That way, you’ll feel empowered and not in competition with your future self.”

We asked financial pros for silly, mindless ways we rack up money without realizing it—and simple fixes that will make your wallet grow.

Not playing the interest rate game

If you haven’t shopped for a lower interest rate on your loan in the past 12 months, now’s the time, says Michael Foguth, founder of Foguth Financial Group in Brighton, Michigan. “Interest rates are at all-time lows, and odds are, you can get a lower, fixed-interest rate right now–on your mort. I had clients, for example, who purchased a home last year and have already re-financed. They’re saving $100 a month now for the next 30 years. That’s $30,000 saved just with one phone call!” This goes for any loan you may have—car, mortgage, student, or even credit cards. Have debt? Now’s the time to consolidate it, suggests Foguth.

Do you really need overdraft protection? Is your bank charging a monthly maintenance fee? “Remember: Your money should be working for you,” says New York-based debt-relief attorney Leslie Tayne, author of Life & Debt. “I’m amazed that people pay fees for bank accounts. Shop around and let them compete for your business, see if you can get a free checking account, for example. There are a ton of banks out there, don’t think you’re locked into one just because you’ve been a customer for a while, or, if you have been a customer for a while, ask for deals.”

Ever been to Target for “just a couple of things”? (Yeah, us neither.) A workaround for this common phenomenon, suggests Foguth, is to utilize an online shopping service. “If you have someone shopping for you, you’re not going to have those impulse buys because they’re just sticking to your list. My family uses Shipt, we pay $99 a year, and I know we’ve saved a considerable amount of money from it.” With Shipt, you can order online or via your phone, and a personal shopper will deliver groceries to your home. Another option is to use a store’s order pickup service, where they’ll prepare your order and bring it out to your car when you get there so you don’t have to go it. Walmart and Target are among the stores that offer this free service.

Spacing out on subscriptions

In the era of autopay, it’s easy to forget about those extra charges that can easily add up. “Automated charges can work against you if you’re not paying attention to them,” says Foguth. “That’s why I advise people to audit their subscriptions on a quarterly basis. Just by going through your credit card statement, you might catch something you wouldn’t normally.” This goes for seasonal charges, too, he says. “I cancel my Peloton subscription in the summertime because I’d rather bike outside, and that saves me $40 a month on something I’m not using,” he says.

Being enticed by zero-interest credit cards

“Zero-interest credit cards are a great way to waste money because you end up paying more in the end as a general rule,” says Foguth. “You may think ‘oh, what a great deal’ but when you don’t pay it off, the interest accumulates. That’s why I suggest that you redline in the calendar somewhere when that introductory rate expires, so you don’t start getting charged without realizing it.” Aim to pay it off in monthly increments before that date.

Not asking for discounts

“I ask for discounts all the time,” laughs Tayne. “Clothing stores. Wine stores. Using Groupon. Finding Facebook groups for deals. More often than not, when I ask if there are any deals or coupons, the salesperson says, ‘oh yeah, I have one.’ So why not ask?” Find out top shopping tricks to get the best bang for your buck.

Not checking your phone bill

According to the Tax Foundation, an average U.S. household with four wireless phones is paying nearly $225 a year in extra charges. “You should regularly audit your phone bill,” says Foguth. “Things like paying for extra storage that you may not even realize you signed up for, or apps you forgot you ordered in the first place, can all add up.”

“You should review your insurance plans every few years,” says Tayne. “Shop around to see if you can get your rates reduced. As you age, as circumstances and rates change, you may find that you can get better rates. Life insurance, for example, is a biggie. I see clients with huge life insurance policies when they’re considerably older, and they’re having trouble paying for their plan. Don’t feel that you’re locked into a particular rate; it’s always a good idea to periodically review your policies.”

According to a survey by finance-website The Ascent, a branch of The Motley Fool, three of the top ten money-wasters are food-and-drink related. Between the “grab and go” convenience factor of fast-food, paying for overpriced drinks on a summer night, or dining out more often during warmer months when you don’t feel like cooking, for example. Prudential’s financial wellness advocate Tiffany Aliche, aka The Budgetnista, recommends once-weekly no-money days, which will help you pinpoint daily consumption and see where you can cut back, including these top restaurant money-wasters.

Having a store credit card

It happens to the best of us: You go clothes shopping and you leave the store with one extra credit card in your wallet thanks to the allure of 15 percent off the day’s purchases. And so begins the slippery slope of regular, enticing email deals. “There’s no reason to have a card with a store that sends you ‘come shop, come shop’ messages because it encourages impulse buys,” says Tayne. “Some of my clients are reluctant to give up their credit cards because they get really good deals, but the thing is, you’re enticed to go into that store and make that purchase that you normally wouldn’t.”

When you’re trying to save money, it’s common to say “I can’t do brunch this month,” or “no lattes this week.” Clayman suggests to instead focus on a monetary amount rather than cut out a specific category. “This is where I see budgeting fail a lot, because people end up cutting out things that give them pleasure. Instead, if you’re trying to find $100 to put toward savings, and you know you spend $200 a month on meals with friends, just say that you’re going to bring down your food costs by $100 instead. Reduce the habit, don’t eliminate it, and you’ll be more likely to stick with it.” Want more ways to stash some cash without sacrificing your lifestyle? Start with these 11 ridiculously easy tricks.

Not getting to the root of your spending

The more you’re aware of how you use money for emotional reasons, the more you’ll be able to save, says Clayman. “If, for example, you had a rough day at work and are craving companionship to feel replenished, it’s easy to ask a friend for dinner,” she says. “Recognize instead that you have a social need, and look for something once in a while that doesn’t cost money but still fulfills your need for companionship, like taking a walk with your friend. Determining the underlying need is the first step toward making a more sustainable plan to satisfy that need.”

Most of us have it: A pile of “looked good at the time” items that you “keep meaning” to return. It’s common: According to the survey by The Ascent, one of the top ten over-spending habits is forgetting to return items. Set aside a day to return those ill-fitting clothes, unwanted electronics, and other impulse buys you now don’t want or use. (One of the worst offenders: Forgetting to turn those Redbox movies in on time!). Next, read up on these money-saving tips from people who are great at saving. 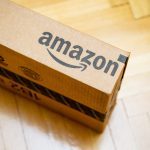 How to Get a Refund on Almost Anything 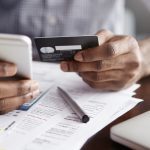 20 Hidden Fees You Had No Idea You Were Paying