The Death of My Father

In his death, my father, Glenn Vernon Martin, did something he could not do in life. He brought our family

In his death, my father, Glenn Vernon Martin, did something he could not do in life. He brought our family together.

After he died at age 83, many of his friends told me how much they loved him—how generous he was, how outgoing, how funny, how caring. I was surprised at these descriptions. During my teenage years, there was little said to me that was not criticism. I remember him as angry. But now, ten years after his death, I recall events that seem to contradict my memory of him. When I was 16, he handed down to me the family’s 1957 Chevy. Neither one of us knew at the time that it was the coolest car anyone my age could have. When I was in the third grade he proudly accompanied me to the school tumbling contest where I won first prize. One day, while I was in single digits, he suggested we play catch in the front yard. This offer to spend time together was so anomalous that I didn’t quite understand what I was supposed to do.

When I graduated from high school, my father offered to buy me a tuxedo. I refused because my father always shunned gifts. I felt with my refusal, that somehow in a convoluted, perverse logic, I was being a good son. I wish now that I could have let him buy me a tuxedo, let him be a dad.

My father sold real estate but he wanted to be in show business. I was probably five years old when I saw him in a bit part at the Call Board theater on Melrose Place in Hollywood. He came on in the second act and served a drink. The theater existed until a few years ago and is now finally defunct and, I believe, a lamp shop.

My father’s attitude toward my show business accomplishments was critical. After my first appearance on Saturday Night Live in 1976, he wrote a bad review of me in the newsletter of the Newport Board of Realtors where he was president. Later, he related this news to me slightly shamefaced, and said that after it appeared, his best friend came into his office holding the paper, placed it on his desk, and shook his head sternly, indicating a wordless “no.”

In the early ’80s, a close friend of mine, whose own father was killed walking across a street and whose mother committed suicide on Mother’s Day, said that if I had anything to work out with my parents, I should do it now, because one day that opportunity would be over. When I heard this remark, I had no idea that I would ever want to work anything out with them, that, in fact, there was anything to work out at all. But it stewed in my brain for years, and soon I decided to try and get to know my parents. I took them to lunch every Sunday I could, and would goad them into talking.

It was our routine that after I drove them home from our lunches, my mother and father, now in their 80s, would walk me to the car. I would kiss my mother on the cheek and my father and I would wave or awkwardly say goodbye. But this time we hugged each other and he whispered, “I love you,” with a voice barely audible. This would be the first time these words were ever spoken between us. I returned the phrase with the same awkward, broken delivery.

As my father ailed, he grew more irritable. He made unreasonable demands, such as waking his 24-hour help and insisting that they take him for drives at three a.m., as it was the only way he could relax. He also became heartrendingly emotional. He could be in the middle of a story and begin to laugh, which would provoke sudden tears, making him unable to continue.

In his early 80s, my father’s health declined further and he became bedridden. There must be an instinct about when the end is near, as we all found ourselves gathered at my parents’ home in Orange County, California. I walked into the house they had lived in for 35 years and my weeping sister said, “He’s saying goodbye to everyone.”

A hospice nurse said to me, “This is when it all happens.” I didn’t know what she meant, but soon I did.

I walked into the bedroom where he lay, his mind alert but his body failing. He said, almost buoyantly, “I’m ready now.” I understood that his intensifying rage of the last few years had been against death and now his resistance was abating. I stood at the end of the bed and we looked into each other’s eyes for a long, unbroken time. At last he said, “You did everything I wanted to do.”

Looking back, I’m sure that we both had different interpretations of what I meant.

At first, I took this as a comment on his condition but am forever thankful that I pushed on. “What do you want to cry about?” I finally said.

“For all the love I received and couldn’t return.”

He had kept this secret, his desire to love his family, from me and from my mother his whole life. It was as though an early misstep had kept us forever out of stride. Now, two days from his death, our pace was aligning and we were able to speak.

My father’s death has a thousand endings. I continue to absorb its messages and meanings. He stripped death of its spooky morbidity and made it tangible and passionate. He prepared me in some way for my own death. He showed me the responsibility of the living to the dying. But the most enduring thought was expressed by my sister, Melinda. She told me she had learned something from all this. I asked her what it was. She said, “Nobody should have to die alone.” 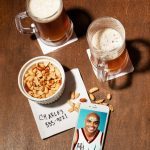 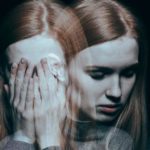 10 Things You Should Say to Someone Who Is Grieving