What Are Cheese Curds, Exactly?

Midwesterners gobble up this fan-favorite food, but cheese lovers everywhere should experience the joy of this tasty snack.

The soul food of the Midwest. Morsels of gooey, creamy goodness. Heaven on earth. All are accurate descriptions of the delicious, versatile food known as cheese curds. Of course, I’m biased. Born and raised in Wisconsin, I had the pleasure of being introduced to cheese curds at a young age. Folks in my town didn’t go around wondering, “What are cheese curds?” so much as, “Should I buy more cheese curds?” (Yes. The answer is always yes.)

It wasn’t until I moved out of state that I realized not everyone shared the same appreciation—and not everyone had heard of cheese curds. If you’re not from Wisconsin or its neighboring states, you probably have a few questions: What are cheese curds? Are they actually cheese? And why are they such a big deal? These are fair culinary questions to rival the biggies, like “What is American cheese?”,  “What are hot dogs really made of?”, and “Is a tomato a fruit or vegetable?”

Luckily, with some food facts trivia and expert explanations, you’re about to learn everything you need to know about mouthwatering cheese curds.

So, what are cheese curds anyway?

Cheese curds are little chunks of white or orange cheese that haven’t gone through the aging process. Think of them like the younger siblings to the blocks of aged cheese you buy at the store. The majority of cheese curds are made from cheddar, although it’s possible to make them from other cheeses, like Muenster and Colby.

For many Wisconsin restaurants, curds are more than a menu item. “We compete against each other—who has the best cheese curd or the best presentation?” says Mike Doble, proprietor of the Explorium Brewpub, which serves its beer-battered curds with carrot and celery slices and ranch dressing. “It’s a matter of pride. If you’re going to be a Milwaukee brand, you want to have cheese curds on your menu.”

Midwesterners aren’t the only ones who’ve hopped on the curd wagon, though. Cheese curds are one of the main ingredients in poutine, a Canadian dish that also includes french fries and is topped with gravy. (If you can’t make it to Canada to try a bowl, poutine is also a secret menu item at a well-known American restaurant.)

How are cheese curds made?

Cheese curds are made in almost the same process as regular cheese. So let’s start there.

What is cheese made of?

It begins with raw whole milk. That’s heated to 161 degrees Fahrenheit in stainless steel, held at that temperature for at least 15 seconds, and then cooled back down. Just how much milk is involved? At Clock Shadow Creamery, around 10,000 pounds of milk can produce about 1,200 pounds of cheese in one day, according to Bo Wills, who manages this urban cheese factory.

At this point, the milk is legally pasteurized. (Raw or unpasteurized milk is banned in the United States, but luckily, cheese curds are 100 percent legal!) Once added, good bacteria called starter cultures and an enzyme called rennet begin to curdle the milk, with no trace of the sneaky ingredient found in shredded cheese. The bacteria and enzymes separate the milk into curds and whey.

Curds are the product of coagulating milk. Simply put, a curd is the solid stuff. Whey is the remaining liquid. It may not sound appetizing, but trust me: The end result is worth it.

The slab of curd then goes through a “cheddaring” process, during which it’s cut, stacked, and pressed together so more whey can be drained out. This process repeats until all the whey is drained and the curds form a solid chunk of cheese. That cheese block is then cut into standard cheese curd shapes using a cheese mill and is salted. Voilà! You have cheese curds.

This process was actually developed by cheese-makers who didn’t want to wait for their cheese to age or who wanted to sell excess curd along with their other cheese. “It goes way back to our farming days,” says Kristin Hueneke, executive chef at Lakefront Brewery. “We have such strong roots in cheese-making, so we have that built-in appreciation for cheese in Wisconsin and the Midwest.”

But you can’t fully answer “What are cheese curds?” or “What do cheese curds taste like?” without talking about their texture. It’s similar to taffy or a marshmallow—admittedly, cheese is very different from what marshmallows are made of. When deep-fried, the texture is more moist and stretchy.

And let’s not forget that fresh curds also squeak in your mouth, thanks to the proteins in the curds that rub against your teeth when you eat them. That’s how they got their very original nickname, squeaky cheese. As the curds become less fresh, those proteins loosen and stop rebounding against tooth enamel.

What are the best ways to eat cheese curds?

If you’re still getting over the fact that cheese curds exist, you may be surprised to hear that there are multiple ways to eat them. In restaurants, they’re most commonly served deep-fried, and if you’re lucky, beer-battered. That’s how they’re made at Lakefront Brewery, which is regularly ranked among the best places to get cheese curds in Wisconsin. Deep-fried curds are typically enjoyed with a house-made ranch for dipping.

More adventurous curd lovers may go for flavored cheese curds. Some raw cheese curds come with a dill or buffalo sauce flavoring. Lakefront’s Curd of the Week—fried cheese curds made with unique flavors that rotate weekly—has included barbecue, salt and vinegar, spaghetti dinner, and even cinnamon and sugar.

The best drinks to pair with cheese curds

If you’re looking to pair your cheese curds with an adult beverage, pour yourself a brew instead of a glass of vino. The carbonation in beer automatically resets your pallet by rinsing away the fat, Hueneke says. Doble recommends big, sweet, malty beers like a double IPA or a hard liquor with a sweeter flavor, like a cherry-forward scotch, to compliment the savory cheese.

Most cheese aficionados agree that the best way to eat cheese curds is fresh out of the vat for premium softness and squeakiness. “They’ve gotta be fresh, within two or three days of being made,” Wills says. “Otherwise, it’s not a real cheese curd. It’s just a mild cheddar at that point. I would admit that you gotta come to Wisconsin for that.”

Since that’s not an option for everyone, even for most Wisconsinites, there are ways to replicate that warm gooeyness. Try popping your cheese curds in the microwave for a few seconds, or take them out of the fridge and let them come to room temperature. Or, you know, you could always make a trip to Wisconsin.

Once you’ve drooled over these cheese curd facts, brush up on more food knowledge. Learn about the delicious history of pizza and the invention of ice cream. 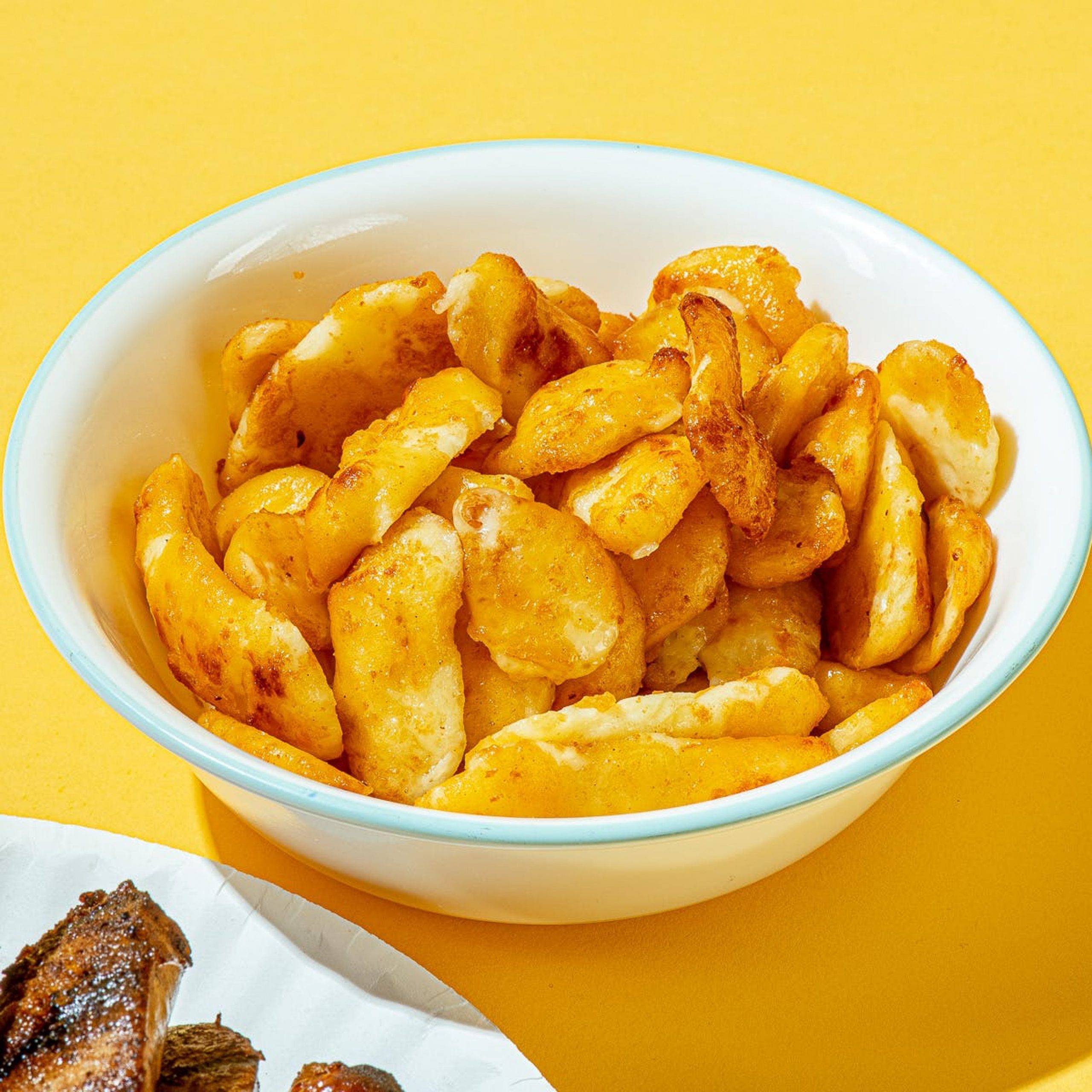 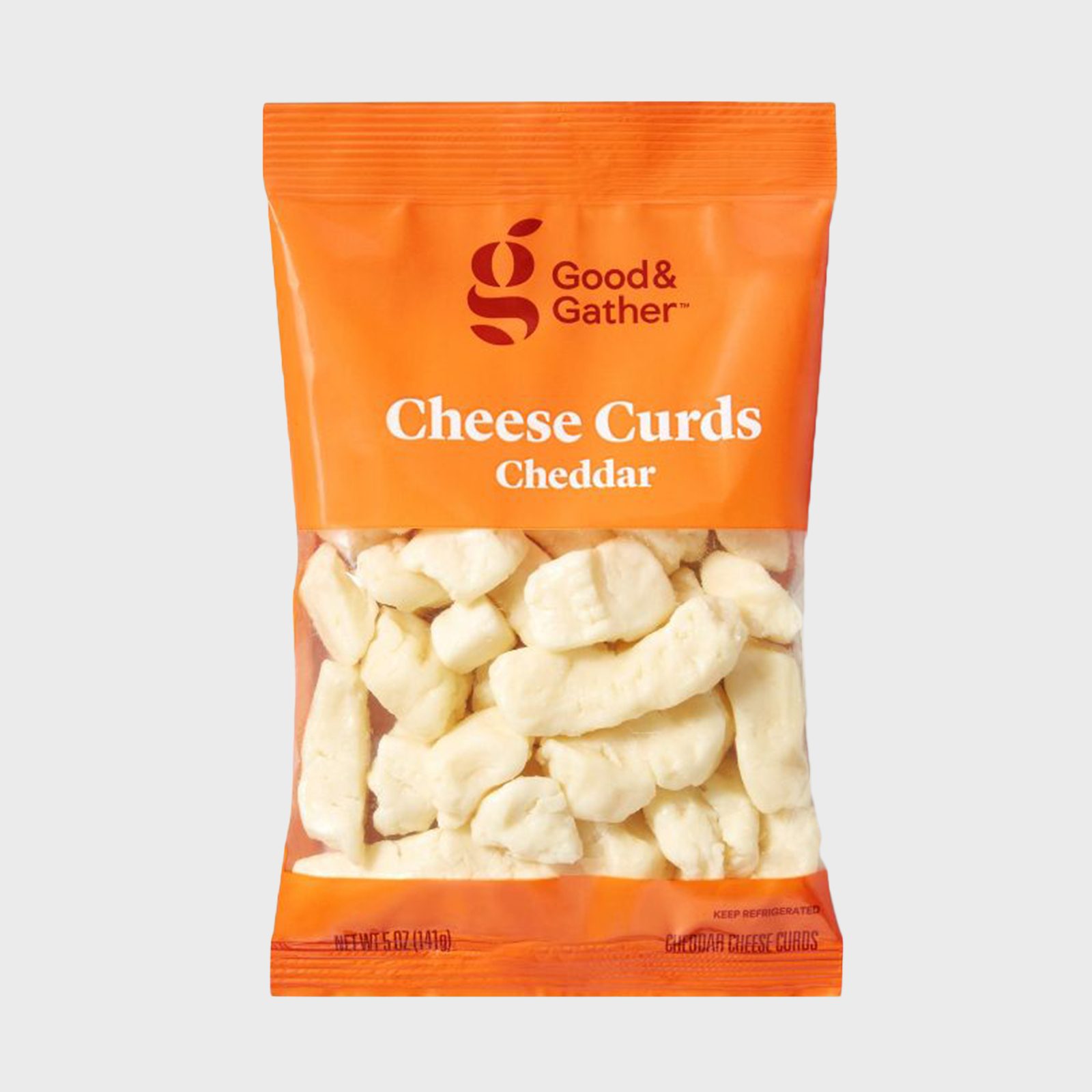 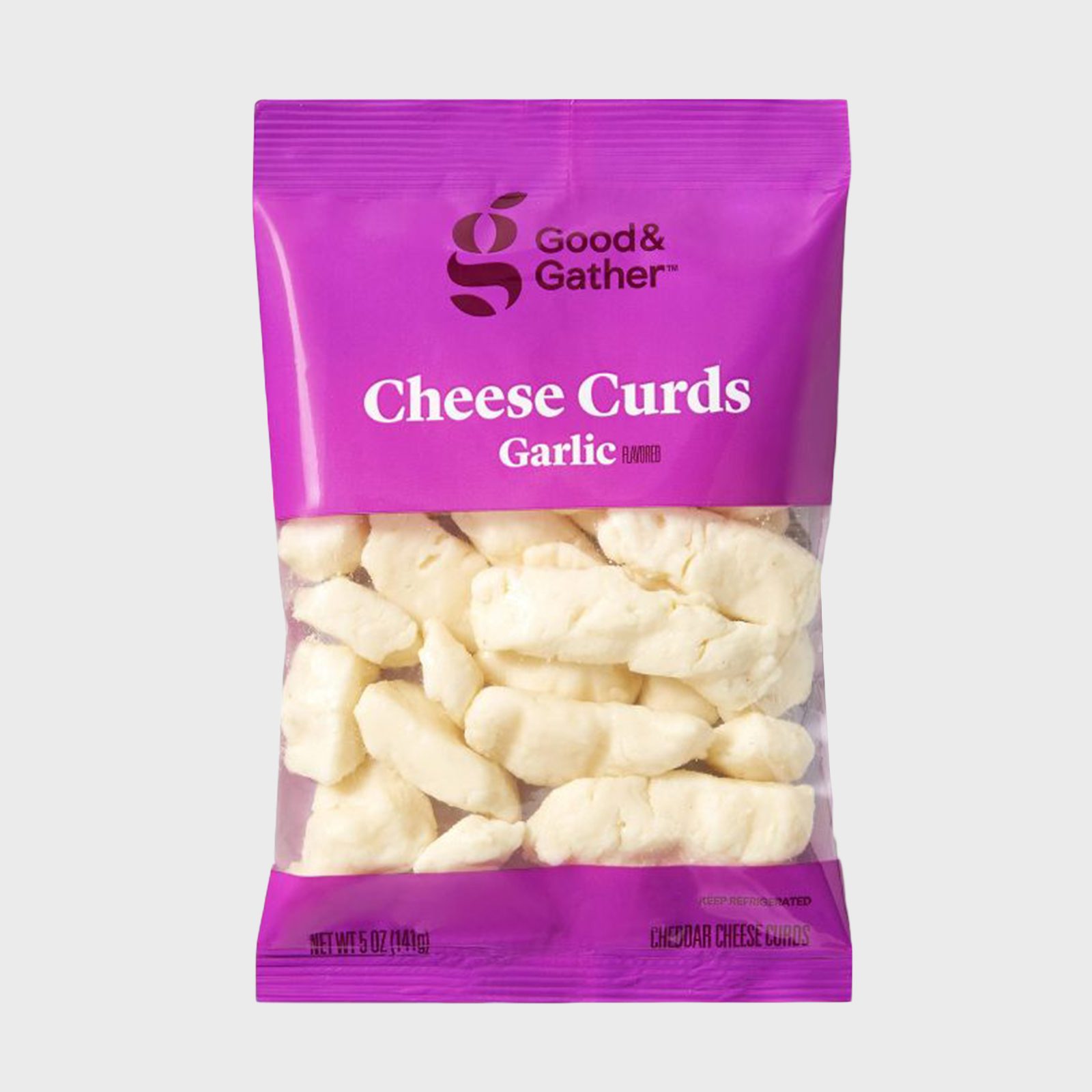 Is Eggplant a Fruit or a Vegetable?

What Is a Macchiato, Exactly?

Jam vs. Jelly: The Difference

Claire Nowak
Claire Nowak is a writer and editor specializing in health, lifestyle, and entertainment. Her work has appeared on rd.com, msn.com, thisisinsider.com, tasteofhome.com, yahoo.com, and more. Her interests include fine wine, craft brews, Alexander Hamilton, and talking too much about her alma mater, Marquette University.

The Best Sandwich in Every State