Since 1900, nearly 500 species of animal have gone extinct, according to a 2015 study. The good news is, scientists are trying to bring some back. 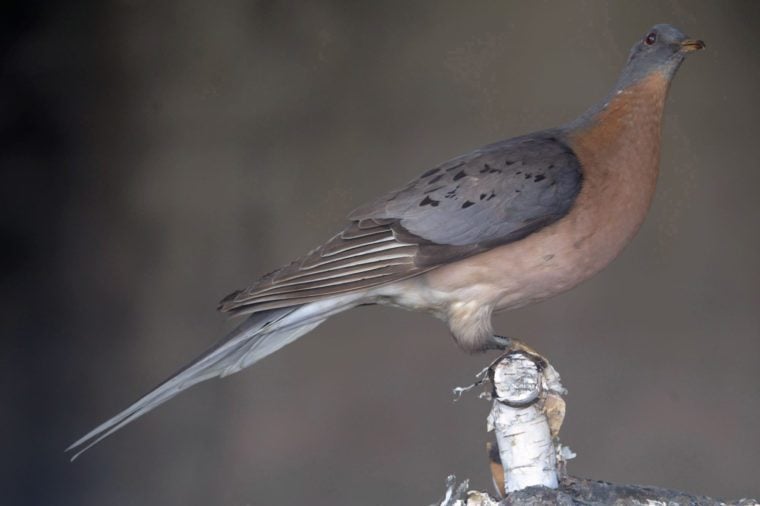 Once one of the most populous birds in North America, passenger pigeons could fly as fast as 60 mph, according to the Audubon Society. Their numbers were wiped out after Europeans arrived and hunted them for cheap meat. In 1914, the last known surviving member of the species, Martha, died at the Cincinnati Zoo. 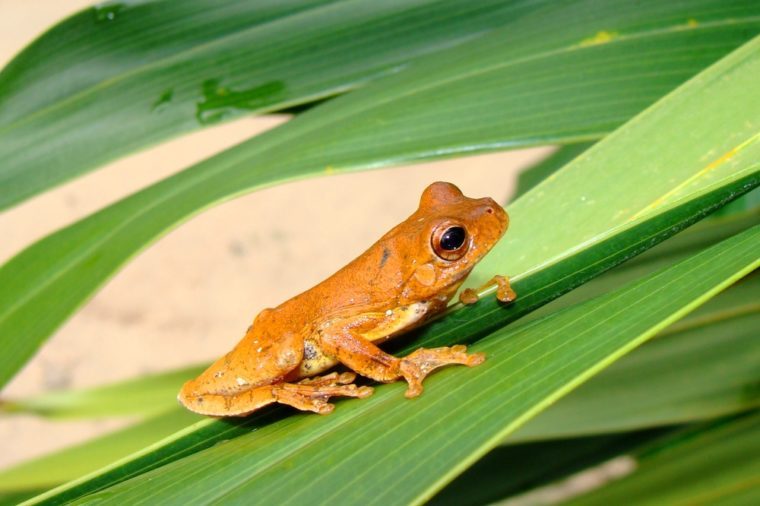 Last spotted in the forest in Monteverde, Costa Rica, in 1989, the disappearance of the golden toad has been attributed to global warming, Science magazine reports. Other scientists have since suggested that the golden toad could have been wiped out by the El Nino weather pattern, which created extremely dry conditions around the time the golden toad vanished. 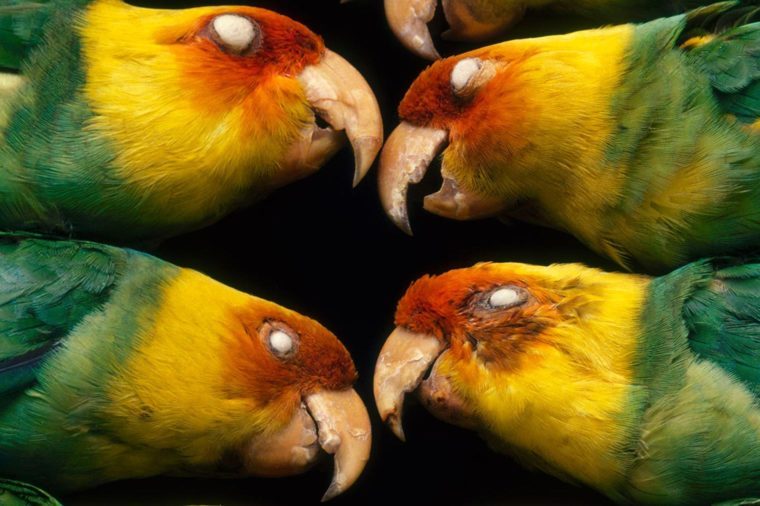 The vibrant feathers of the only species of parrot native to the eastern United States may have helped contribute to its demise. The Carolina Parakeet’s green, yellow, and red feathers were prized additions to women’s hats. The birds also had a dangerous tendency to flock to other birds once they had been killed, according to the Audubon Society. The last captive Carolina parakeet, Incas, died at the Cincinnati Zoo in 1918, within a year of his mate, Lady Jane. 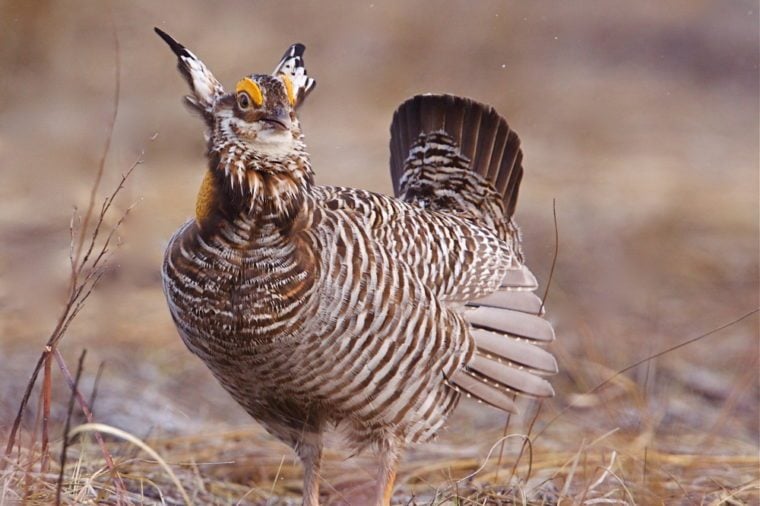 Once common on the east coast of America, the heath hen could only be found on Martha’s Vineyard by the late nineteenth century. Wildfires, hunting, and habitat changes caused the heath hen’s remaining numbers to dwindle, the Vineyard Gazette reports. In 1933, the species was declared extinct after the disappearance of the last known heath hen, Booming Ben. Conservationists announced in 2016 that they are working to restore the population, however. 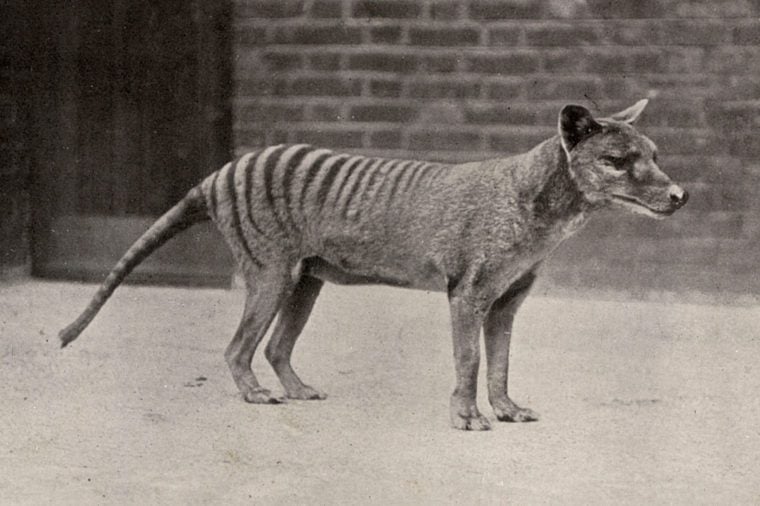 With stripes like a zebra and a shape like a dog, the Tasmanian Tiger was also known in the twentieth century as a “vampire dog,” rumored to drink blood, based on little evidence. The species survived in Tasmania until dogs, hunting, and disease wiped out its numbers, according to the History Channel. The last known Tasmanian tiger died in Tasmania’s Hobart Zoo in 1936. However, the tiger ranks high for supposed post-extinction sightings. Check out these 14 prehistoric species you'll be glad are extinct. 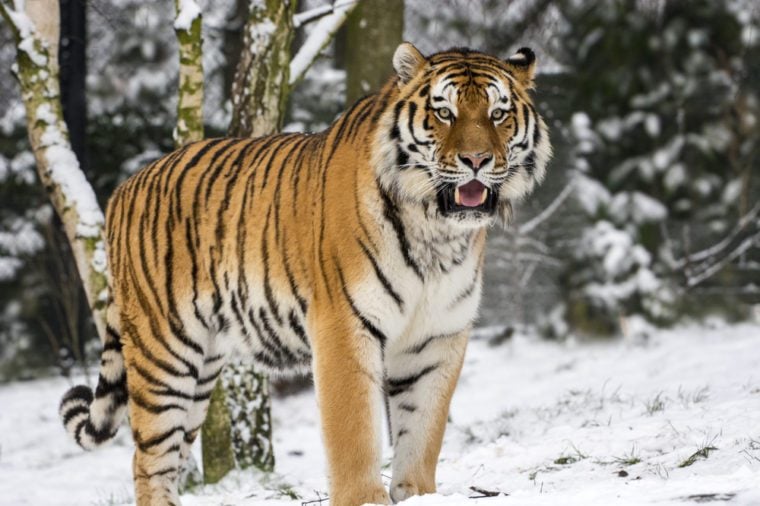 More than 10,000 years ago, these fierce tigers migrated from eastern China to the Caspian Sea, paving the way for the trade route that became known as Silk Road. During the nineteenth century, the Russian Army was ordered to exterminate the tigers as part of an agricultural project, according to National Geographic. The last Caspian tiger was believed to have been killed in Turkey in 1970. Scientists are now working to bring the Caspian tigers back, using specimens from museums in Russia, Kazakhstan, and Azerbaijan. 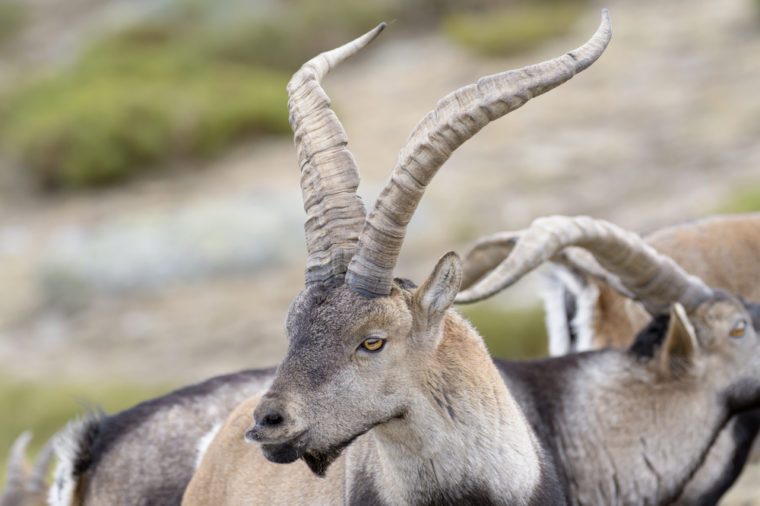 These wild goats were once commonly found in the Pyrenees Mountains that stretch between Spain and France and in the mountains of northern Asia and Africa. Conservationists aren’t exactly sure why their numbers dwindled, but the species was declared extinct in 2000. And scientists have been working to bring the Pyrenean ibex back. In 2009, they attempted to use frozen tissue to create a clone, but the female died seven minutes after birth. Here are 11 wild animal species you didn't know were endangered. 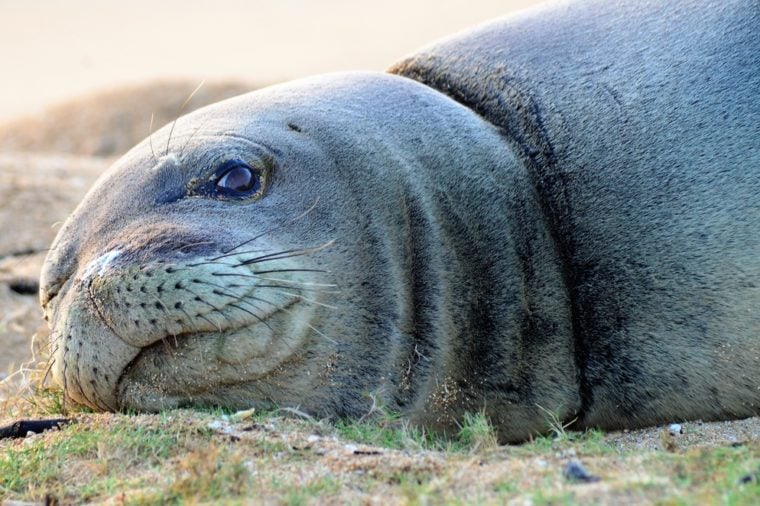 The only seal species native to the Caribbean, the Caribbean monk seal is the first seal species to become extinct due to human activity. According to the U.S. Fish and Wildlife Service, European colonists hunted the seals for their blubber to provide fuel and also for food. Early scientists who captured the seals for study also contributed to the decline in their numbers. Their last known colony was spotted on an isolated reef off a small uninhabited Caribbean island, and the Caribbean monk seal was declared extinct in 2008. 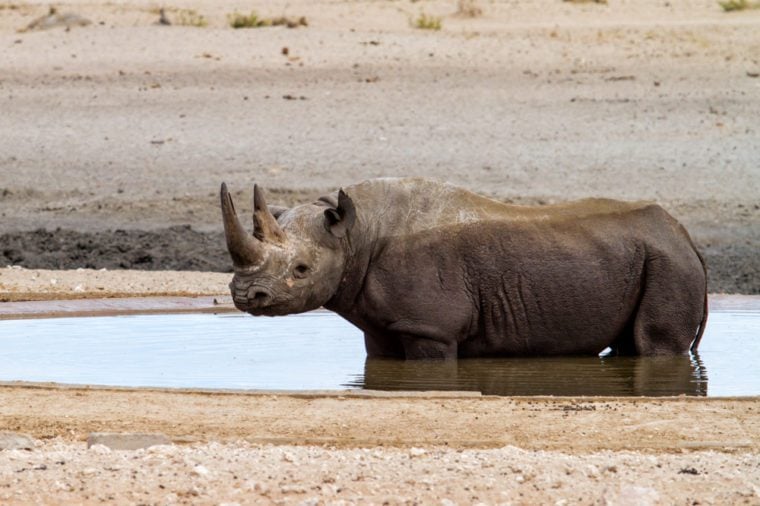 An estimated one million rhinoceroses from four different species may have roamed the African savanna at the turn of the twentienth century, according to Scientific American. Within 100 years, the western black rhinoceros had gone extinct. The culprits? The clearing of their natural habitat for farming, sport hunting, and Chinese leader Chairman Mao’s support for traditional Chinese medicine in the 1950s, which included powdered rhino horn as a remedy. Last seen in Cameroon, the western black rhino was declared extinct in 2011. Look out for these 15 innocent-looking animals that can be dangerous. 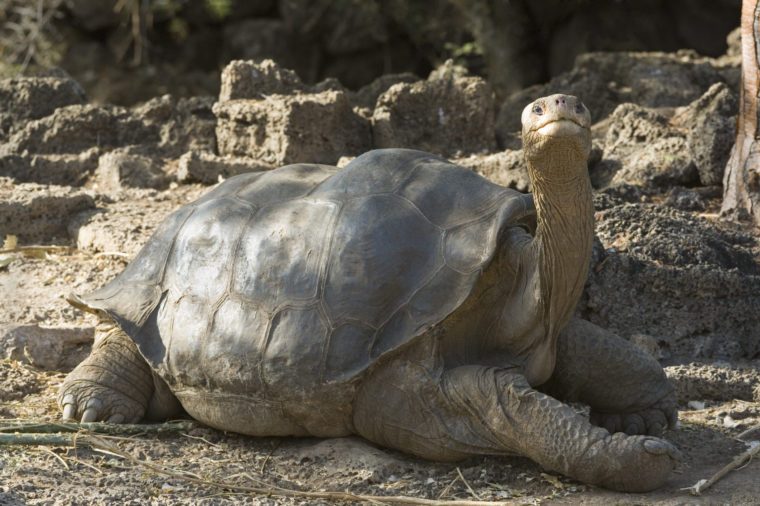 The Pinta Island tortoise partially inspired Charles Darwin’s theory of evolution when he visited the Galapagos Islands in 1835. Since then, the population has largely been wiped out by goats that humans introduced to the islands, according to New Scientist. In 2015, the last purebred Pinta Island tortoise, known as Lonesome George, died in captivity at the age of 100. But scientists have been working to conserve the remaining tortoise populations and to use George’s genome to find other tortoises with similar genes. Next, here are other extinct animals that could be resurrected someday.