What makes a word “beautiful”?

Unlike things like symphonies or artwork, words aren’t created with the intention of being beautiful; their purpose is to create meaning. So it can be difficult to pinpoint the “beauty” of a word. We can find a word beautiful because of the way it sounds, as well as because of what it means. But we’re not including words that mean beautiful things, like “freedom” or “peace”—because it’s the concept that’s so beautiful, not the word itself. We’ve chosen words that have an elegant, unique, or fun sound—and we’ve got some that just look really cool, too!  And, of course, we all know that beauty is in the eye of the beholder, so a word’s “beauty” is not objective; you could very well have some words you find far more beautiful than these. Here are our choices (in no particular order).

“Sibilance” refers to the distinctive hiss-like sound made by the letter S, or comparable sounds like a soft C. The phrase “seven suspicious snakes” contains a lot of sibilance. Bonus beauty points for the fact that the word itself actually contains some sibilance.

What is it about the “qu” sound, whether at the beginning of words or in the middle, that sounds so pleasing to us? “Tranquility,” which means the state of being calm or peaceful, just sounds peaceful saying it, with its gentle consonant sounds and mix of long and short vowels.

The “qu” sound strikes again! “Loquacious” is a way nicer-sounding way to say that someone is talkative or chatty. And we wouldn’t mind someone having this quality if they used lots of beautiful words like these!

Say what?! This loanword from Louisiana French pronounces the “gn” like “gnocchi,” making the word sound like “lah-nyapp.” And what does it mean? It’s another word for a gift, usually monetary like a tip, and you might still hear it in areas of southern Louisiana and southeastern Texas.

Another pleasing sound in the English language? The slightly toned-down “F” sound of a “ph.” Bookended by the “E” sound, “epiphany” refers to a sudden, profound realization or idea.

How strange that the way we pronounce a word can totally change it. If we said this word as “pleh-thor-a,” it would sound unwieldy and awkward. But “pleh-thor-a” sounds like something being dropped onto a big puffy pillow. It means a very large amount of something, an abundance. Try using beautiful words like these instead of these overused words that just sound boring.

There’s a rather regal sound to this word, with the “V” at the beginning, the double-L, and the punctuating “kor” (not “chor”) at the end. Oh, and the meaning? It’s just as cool. It refers to the appealing mystique of an old bookshop.

The fact that this was chosen as the name of a fairy-tale princess kind of says it all. It was first the name for the Roman goddess of the dawn. But make no mistake—”aurora” isn’t just a proper noun. It also refers to the phenomenon when radiation emissions create a natural display of lights and colors in the sky. (That might be a little more beautiful than the word itself.)

You may have heard of “sanguine,” which can mean both “happy and hopeful” and “red, flushed, or related to blood.” But that word is small potatoes compared to its almost-extinct cousin “sanguinolency,” which is a way, way nicer way of just saying “something bloody” or “something related to blood.”

The “-chor” suffix strikes again! It’s also pronounced “kor” and ends the beautiful word “petrichor,” which refers to the distinctive smell that the air and the ground take on after it rains. Here are some more beautiful rarely used words that we think should make a comeback.

While its meaning certainly is pleasant, since it refers to tasty (and often expensive) food, the word itself is just very pleasant-sounding too.

It’s such a simple (and fairly common) word that we might forget how beautiful it is, separate from its floral meaning. “Blossom” on its own is lovely, but adding the third syllable with the “ING” makes it into a dactyl—a stressed syllable followed by two unstressed ones, “dah-duh-duh”—which makes it flow that much better.

This one’s got a rhythm to it, and the pop of the “D” and the “P” sounds make it just plain fun to say. Case in point: A high-end New York City restaurant chose “Serendipity” as its name. Although they might have been inspired by its meaning, too; it refers to good luck or happy accidents.

Just look at this one! While it is, admittedly, less-than-popular in common usage (and a little lengthy), the fun phonetic nuances in this 13-letter doozy make it too grand to ignore. The first five letters might give you a clue to its meaning; it’s an adjective indicating the deep regions of the ocean (or the “abyss”), as in, the “abyssopelagic zone.”

Here’s another beautiful word with a beautiful meaning. A panacea is something that can heal or cure anything or, more generally, solve any problem. It’s most often used theoretically, as in, “This law might improve things a little, but it’s certainly not a panacea.” It comes from the name of a Greek goddess of (you guessed it) healing.

Here’s another word with a somewhat regal sound. Despite its phonetic oomph, this word actually means “sheer and light; almost transparent” or “delicately hazy.”

Noah Webster and his all-American dictionaries that he compiled shortly after the Revolutionary War put the kibosh on a lot of British spellings, including the “ou” combination in words like “colour” and “flavour.” The “uo” combination is even rarer, which is part of what makes this word so beautiful. “Languor” means lack of energy or vitality, or, more concisely, sluggishness or laziness.

Here’s another one that’s just plain pretty, as evinced by its use as a girls’ name. And its non-proper-name meaning is just as lovely; it’s synonymous with happiness or bliss, sometimes specifically referring to in a marriage.

Like a “limerick” but without the rather harsh sound of the “K” on the end, this word is an old-fashioned way to describe intense feelings of obsession or infatuation with another person.

Words don’t get much more fun to say than “taradiddle.” This one is obsolete, sadly, but it means a false statement or bit of nonsense, if you’d like to try to bring it back into the general lexicon. Here are some more fun almost-extinct words that we think people should start using again.

The phonetic starting-and-stopping that “galactic” requires you to do while saying it might be a different kind of beauty than the lyricism of “epiphany” or “serendipity,” but we still think it deserves a spot on this list because of what a unique combination of sounds it is. “Galactic,” of course, is an adjective referring to galaxies; as such, it can also mean immense or massive.

The “ette” sound is another unsung hero of the English language. The word “shadow” is a little abrupt—and shadows in general can be pretty creepy—but there’s a reason replacing it with “silhouette” gives it a more pleasant connotation. That “H” just adds a light gracefulness to it, doesn’t it?

This word, with its double “PH” and its “-es” ending, looks like it should be the name of a Greek god. Its actual meaning is a lot less glamorous; phosphenes are the weird moving illusions you see after you rub your eyes. (Didn’t know those had names, did you?)

Seriously, why do we say “flammable” when we could say the much more lyrical-sounding “incendiary”? Of course, “incendiary” can also refer to a more figurative fire; it can mean something that incites agitation or sedition. “Flammable” definitely leaves no doubt.

We think “akimbo” would be the funky modern art exhibit to these other words’ elegant landscapes. A delightfully percussive word, “akimbo” is also very specific; it means the position where your hands are on your hips with your elbows out. Here are some more fun words for things you didn’t know had names.

If you thought this was a fictional word created to describe Harry Potter potions, you’d be incorrect! This short-and-sweet word has a little bit of symmetry with the two “I”s surrounding the “X.” (Wouldn’t it somehow be less pleasing if it was “elixer”?) And it does in fact refer to a medicinal or alchemic concoction. See if you can figure out whether these funny words are real or made up.

This one seems at first glance like the perfect melding of “mellow” and “superfluous.” A total treat to say, “mellifluous” actually means “sweetly or smoothly flowing” or “sweet-sounding.” Now that’s a homological word (a word that describes itself)!

Yes, this is a real word, and we think the English language is better off for it! And if you thought this word couldn’t get any cooler, it refers to an alignment of celestial bodies or planets. This might be our new favorite word!

Finishing strong with another delightful “Q” word. It’s also an oldie-but-a-goodie—coming directly from Latin, it refers literally to the intersection of four roads, and was adapted in medieval times to refer to the teaching of four essential subjects (arithmetic, geometry, astronomy, and music). 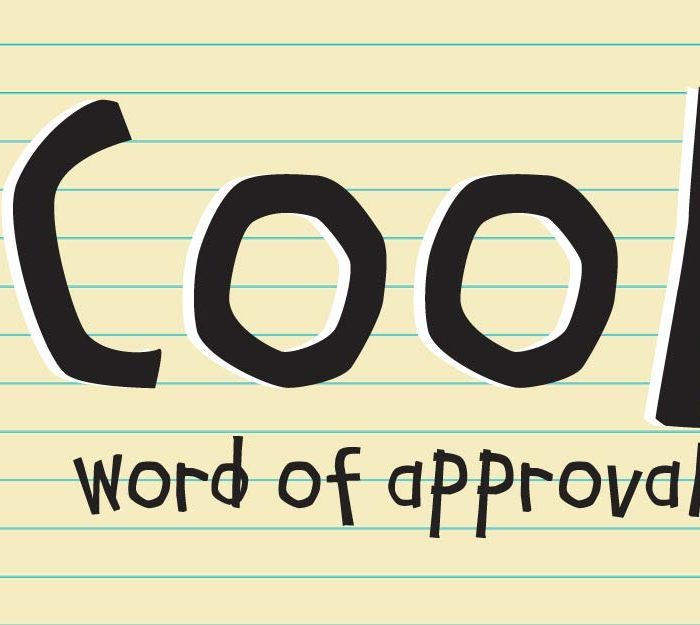 Words That You'll Only Find in English 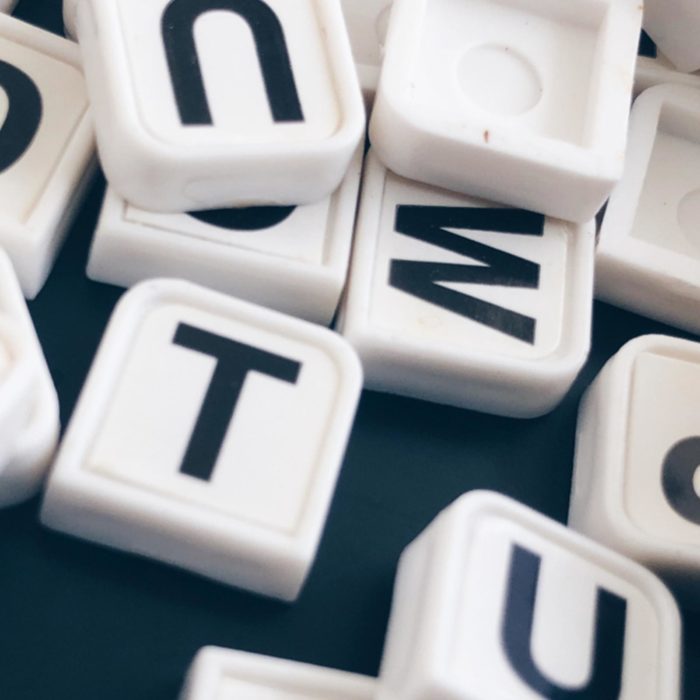 Words That Don't Have An English Translation 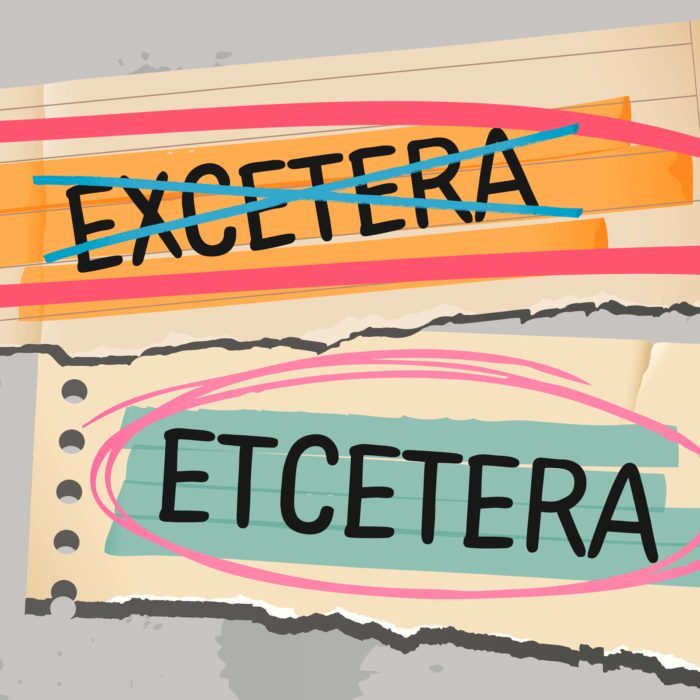 Words You're Probably Using All Wrong