By now, generations of children have grown up on books, films, and TV shows featuring A.A. Milne’s beloved character Winnie the Pooh and his friends in the Hundred Acre Wood. These gentle, humorous stories have captivated readers’ imaginations since they were first published in 1924 and introduced the world to the likes of Christopher Robin, Piglet, Rabbit, Tigger, Eeyore, Kanga, and Roo. Each year, Winnie the Pooh Day is celebrated on January 18th. Here are 13 things you never knew about everyone’s favorite silly old bear.

Milne served on the Western Front of World War I, getting injured in 1916 at the First Battle of the Somme. Left “shellshocked” after the war, he moved his family from the busy streets of London to a rural part of the country, according to Smithsonian Magazine. Near their new home at Crotchford Farm, Milne and his son would frequently visit Ashdown Forest—usually with his toy bear in tow. These trips would inspire the Hundred Acre Wood, the setting for Milne’s Winnie the Pooh books. Here are 20 cool everyday items that were actually designed for World War I.

Christopher Robin was a real boy

Milne had one child: a son named Christopher Robin Milne. Though Christopher Robin went by the nickname “Billy Moon,” his father used his son’s given name in his beloved Winnie the Pooh books. And yes, young Billy Moon had a stuffed bear he eventually named Winnie (more on that later). His father made up a story involving his favorite toy, and the rest is literary history. Check out the other iconic characters you never knew were based on real people.

Before penning the Winnie the Pooh books—and prior to serving in World War I—Milne was a successful playwright, humorist, and essayist, as well as an editor at Punch, a British humor and satire magazine. However, after becoming a father, Milne turned his attention to writing for children. His first work for kids was a poem published in Vanity Fair in 1923 called “Vespers,” which contained the line “Christopher Robin is saying his prayers.”

You can visit the real-life inspirations behind the beloved characters

Believe it or not, the original inspiration for Winnie the Pooh still exists. Better yet, you can visit it for free at the main branch of the New York Public Library. Since 1987, Pooh, along with Eeyore, Piglet, Kanga, and Tigger, have resided at the NYPL’s Stephen A. Schwarzman Building in Midtown Manhattan—pretty far removed from the Hundred Acre Wood. The toys all belonged to the real-life Christopher Robin Milne. He received each of the stuffed animals as gifts between 1920 and 1928, according to the NYPL.

When the real-life Christopher Robin (aka Billy Moon) first got his stuffed bear, its name was Edward—the formal version of Teddy. As Billy Moon got a little older, he became very fond of the main attraction at the London Zoo: a black bear named Winnie. He made frequent trips to visit the bear with his father. So where did the Pooh come from? As the story goes, that was what Billy Moon used to say to a swan he tried to feed in the mornings. If the swan wouldn’t cooperate, the boy would say, “Pooh!” in frustration. When it came time to rename his bear, he decided to go with a combination of his friend at the zoo and the swan. Here are 11 other fascinating facts about teddy bears.

The real Winnie has her own interesting backstory

There was a real bear named Winnie, and yes, she was female. In 1914, a 27-year-old Canadian soldier named Harry Colebourn—who was originally from England but living in Winnipeg, Canada—was traveling through Ontario en route to military training in Quebec. At a brief railroad stop, he purchased a 7-month-old black bear cub from a trader who had shot and killed its mother. Colebourn named the bear “Winnie” after his adopted hometown of Winnipeg.

He brought Winnie with him to England when he was deployed and gave her to the London Zoo for safekeeping while he was at war, but he promised to bring her back to Canada when the conflict was over. Soon, Winnie became one of the most popular animals at the zoo, thanks to her gentle demeanor. When Colebourn was discharged in 1918, he returned to the zoo to collect his bear, but he quickly saw that her home was now in London, where she was regularly visited by children, including the real-life Christopher Robin.

The Winnie the Pooh character first appeared in a poem

The character of Winnie the Pooh first appeared in Milne’s 1924 book of poetry, When We Were Very Young. Specifically, the 38th poem in the book, “Teddy Bear,” features a “Mr. Edward Bear,” who we now know would later become Winnie the Pooh. Not only that, but accompanying the poem was a drawing by Ernest H. Shepherd, which would eventually become the basis for the Disney cartoon version of Winnie the Pooh. Thinking of revisiting the Hundred Acre Wood? Here’s why there’s a special joy that comes from reading children’s books with grown-up eyes.

The first Winnie the Pooh story may sound very familiar

Following the success of When We Were Very Young, Milne wrote a short story entitled “The Wrong Sort of Bees,” which was published on Christmas Eve of 1925 in the London Evening News. Though it featured the same “Mr. Edward Bear” character from one of his poems, like his son’s real-life toy counterpart, Milne changed his name to Winnie the Pooh. In the story, Pooh, who is perpetually hungry, tries to steal some honey from bees, using tactics such as rolling around in mud to look like a rain cloud and using a balloon to get up to the hive. This story became the premise for the 1966 Disney cartoon Winnie the Pooh and the Honey Tree.

Shepherd, who did the illustrations for Milne’s 1924 book of poetry, stuck with the author throughout the rest of his children’s books. According to Smithsonian Magazine, “The prose and drawings of the Hundred Acre Wood animals, and their young human friend, were a perfect match, capturing the wide-eyed innocence and thrills of childhood, but with an underlying bit of melancholy and sadness.” In addition to their working relationship, Shepherd and Milne shared the experience of being combat veterans.

After a poem and a short story, Milne was ready to expand his magical world in the Hundred Acre Wood into a book. Published in October 1926, the collection of stories, simply titled Winnie-the-Pooh, was immediately popular both in England and abroad. Approximately 32,000 copies of the original British version were sold in the United Kingdom, while sales reached 150,000 copies in the United States—all by the end of 1926. Smithsonian Magazine compares the success of this book with the modern-day sales of the Harry Potter series. Here are 7 children’s books every adult should read again.

The real Christopher Robin came to resent his fictional counterpart

Though initially Milne’s son, Christopher Robin, enjoyed the fame, he later came to resent it. When Christopher Robin went off to boarding school in 1930, he endured teasing by his classmates. One incident involved his peers repeatedly playing a gramophone record he lent his voice to, then getting upset that he smashed it. Christopher Robin became especially resentful during his post-university job search in London. “In pessimistic moments, when I was trudging London in search of an employer wanting to make use of such talents as I could offer, it seemed to me, almost, that my father had got to where he was by climbing upon my infant shoulders, that he had filched from me my good name and had left me with nothing but the empty fame of being his son,” he wrote in his 1974 memoir, The Enchanted Places.

Not only were the initial sales of the book phenomenal for the time—their popularity has continued since. In fact, it’s never been out of print, and sales exceed 20 million copies in 50 languages, including Latin. First published in 1958, a Latin translation of the book, Winnie ille Pu, is the only book in Latin that has ever reached the list of New York Times bestsellers.

Though Milne only wrote four books containing stories about Winnie the Pooh and his friends in the Hundred Acre Wood, the characters would follow him for the rest of his life. In fact, when Milne attempted to return to writing for an adult audience, he found that readers wouldn’t accept him as anything but a children’s book author. “His skill had not deserted him, but his public had; and eventually the editor, E.V. Knox, wrote to tell him so,” Christopher Robin wrote in his memoir. “We each had our sorrows.” For another trip down memory lane or for some great reading material for your own kids, check out this list of the best children’s books ever written. 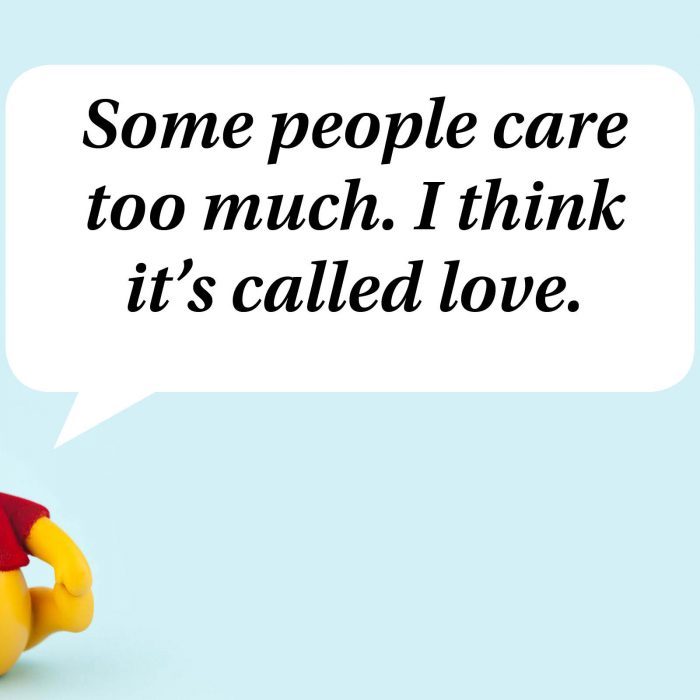 Inspiring Quotes From Winnie the Pooh 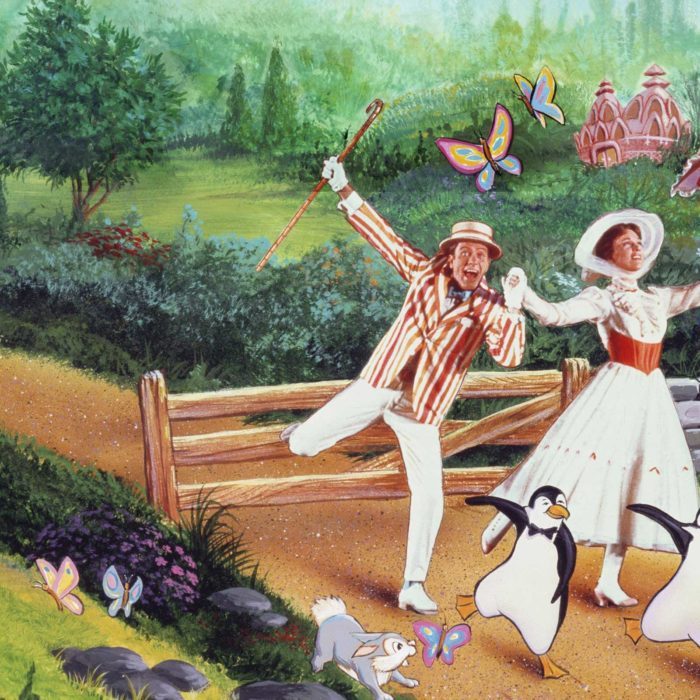 What Mary Poppins' Author Thought of the Film 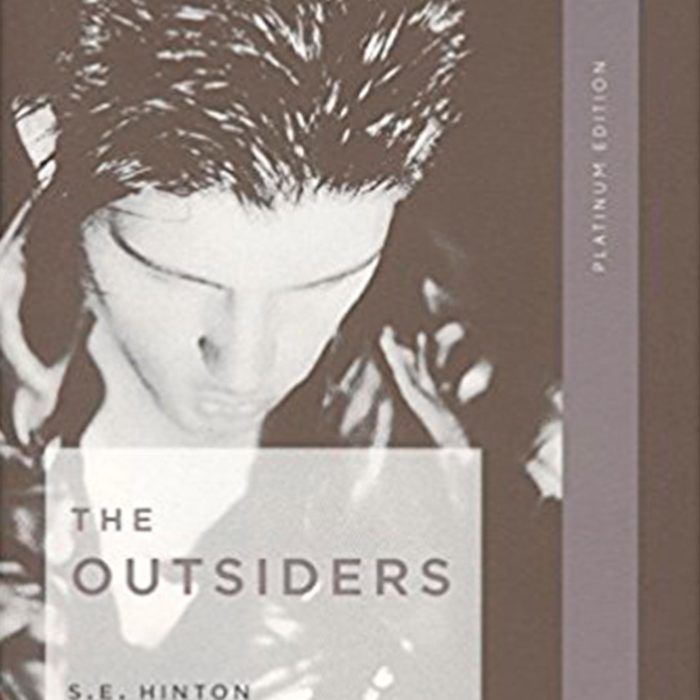 Children's Books Everyone Should Read