The Most Popular Car the Year You Were Born

Take a stroll down memory lane, past the Studebakers, Skylines, Supras, and Saturns, on this fun automotive nostalgia trip. Here is the most popular car the year you were born. 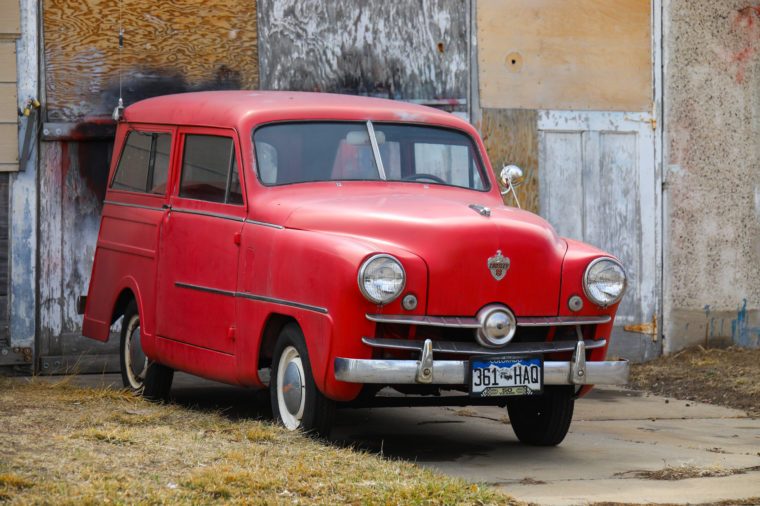 With the U.S. auto industry blooming, the upwardly mobile culture of America was in full swing by the time the 1950s arrived. Crosley, a small firm from Cincinnati, but so much more than a forgotten footnote in U.S. automotive history, introduced several firsts such as the popular term sport utility way back in 1947. Signs of the future of American cars are still visible today in the 1950 Crosley Station Wagon; squint and you can maybe see an early Subaru Forester in there. 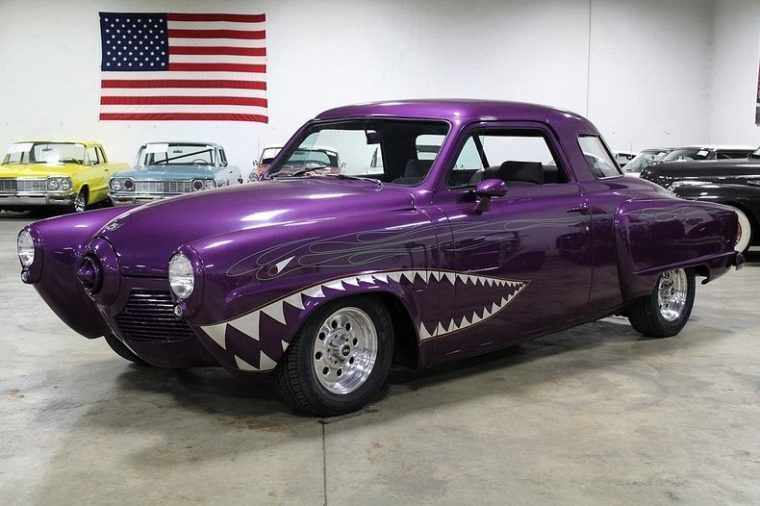 Despite not surviving long enough to see out the decade, Studebaker, in name alone, screams "1950s!" loud and clear. The 1951 Starlight Coupe featured an innovative wraparound greenhouse rear window that, nearly 60 years on, looks sharp, futuristic, and just plain cool. No one would ever call the Starlight a weird vehicle, then or now, but the same cannot be said of these truly wacky cars. 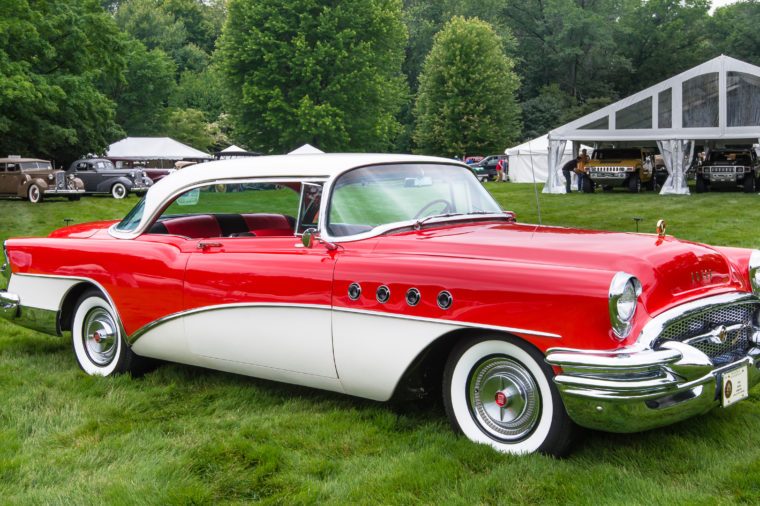 The Korean War effort and a steelworker strike conspired to stunt the American auto industry but 1952 saw many iconic vehicles being produced and devoured by a public eager for shiny new wheels. The Buick Roadmaster was a popular car model that, looking back on it now, seems perfectly indicative of the glitz and Hollywood glamour of the early 1950s. For more of this decade's glitz, check out these 25 photos that capture the classic allure of the 1950s. 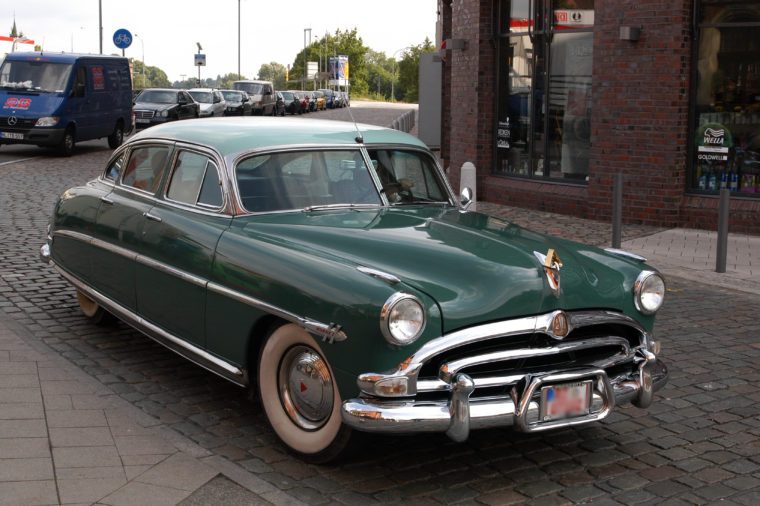 Hudson was the first automobile manufacturer to get involved in stock car racing with Hornets taking home 22 checkered flags in the 37 NASCAR races in 1953. Sadly, the Hudson brand and the Hornet model would not last the decade but in the early 1950s this long, surprisingly modern car was quite the looker! 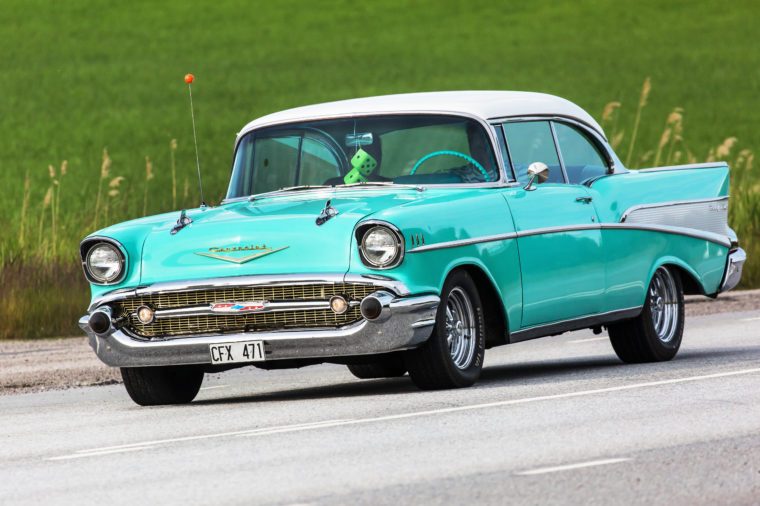 Come 1954, cars in the United States were more affordable and being made safer and easier to drive. Power steering and automatic transmission were in more than 50 percent of new models. GM also introduced a new invention called the "Autotronic-Eye" which would automatically dim the high beams when a car would approach and then turn them back up when the oncoming car passed (something not even standard in all new cars today!). By 1954 and 1955, one of the most iconic rides of this era was now being offered with power brakes, power 2-way front seat, and power front windows. It was also available in stunning seafoam green. Interior carpet, a Ferrari-inspired grille, V8 engine, and 2-speed automatic transmission also helped to make Chevy's "Hot One" a popular car in the mid-1950s. Find out what your favorite car color says about you. 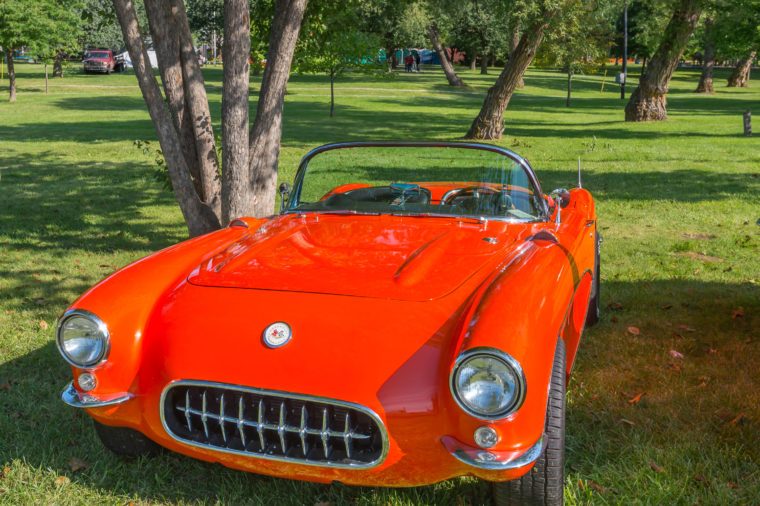 First unveiled at the 1953 New York Auto Show, the Chevy Corvette grew up quick in the early 1950s. By 1956 a hydraulically operated power convertible top, power windows, and a Delco 'hybrid' radio with both vacuum tubes and transistors in its circuitry were available options. The rest, as they say, is history for one of the most iconic cars in American history. While classic, the Corvette, however, is not the best-selling car of all time; find out which car wears that crown.

Originally produced with glass covering 3/4 of the roof when it arrived in 1954, Ford quickly converted its stunning Skyliner into something more practical and jaw-dropping for its 1957 model. Its dominant and most striking feature was a hi-tech, hardtop convertible roof that, as Motor Biscuit describes, "gracefully opened and arced back into a rear-hinged trunk in a matter of seconds. To accomplish this balletic feat took no less than six motors, four lift jacks, a host of electrical relays, ten solenoids, four power lock mechanisms, and over 600 feet of wiring." 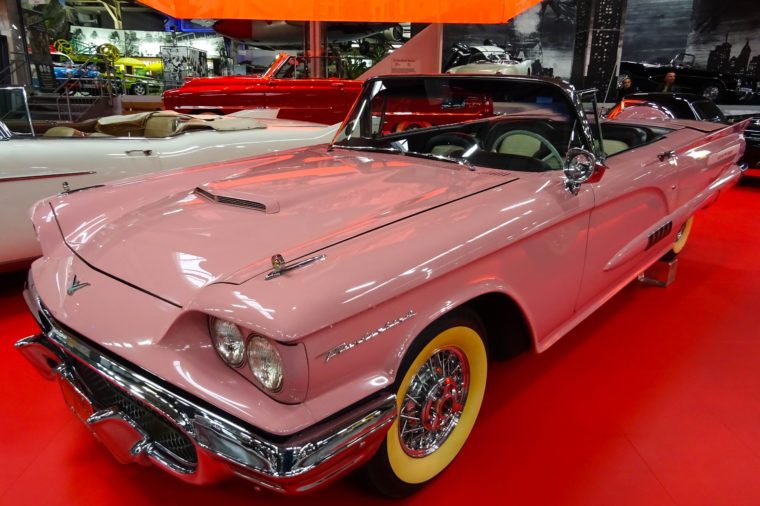 The legendary V8 ride was born the year prior but in 1958, Ford's striking new sports car would outsell Chevy's Corvette. This model of Thunderbird was the first Ford vehicle designed with a unibody construction and it took home Motor Trend's prestigious Car of the Year award in 1958, the first-ever debut car to do so. 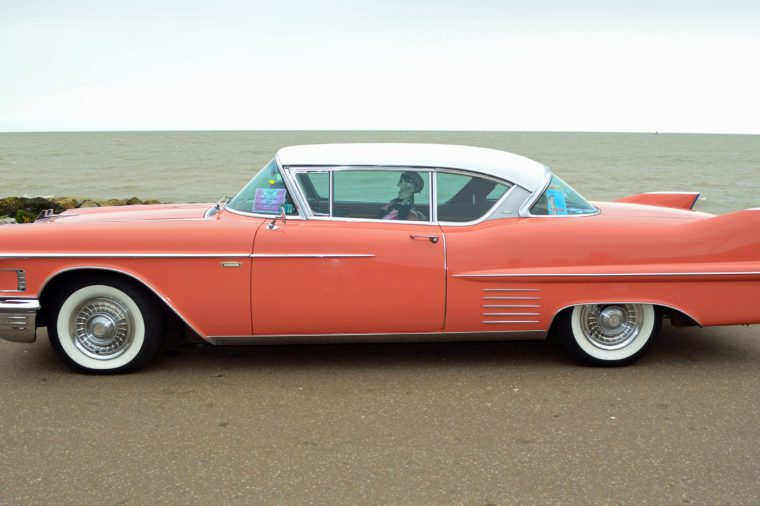 One of the most iconic car designs in American history, the Cadillac Coupe de Ville debuted in 1959 with a 325 horsepower V8 engine and those big, beautiful tail fins with brake light missiles protruding from the distinctive rear of the vehicle. 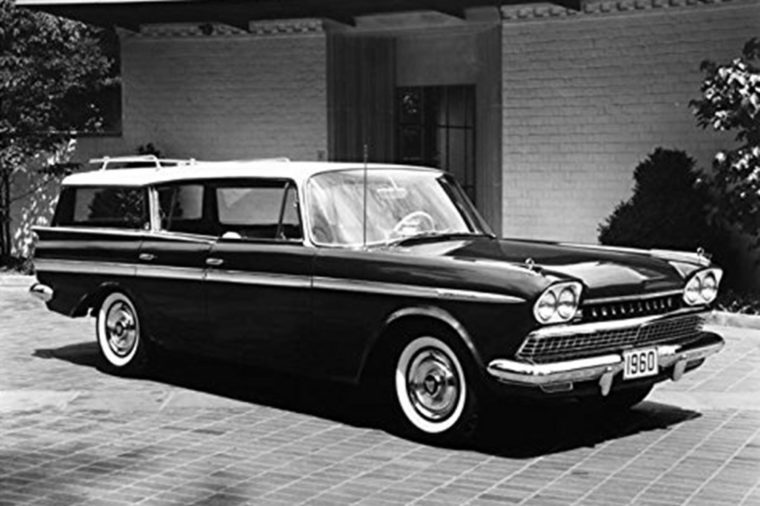 During the 1958 recession, American Motors Corporation was the only domestic car manufacturer to show a profit and its Ramblers proved quite popular. In 1960, over 450,000 Ramblers rolled off the line and became number three in sales among domestic brands. Ramblers were the first cars to use Unibody construction throughout their model lineup and were the first to provide seat belts standard (at the end of the 1950s). Find out the safest seat in your car—provided you're wearing that seatbelt.