These sites around the country celebrate influential and important women throughout U.S. history. 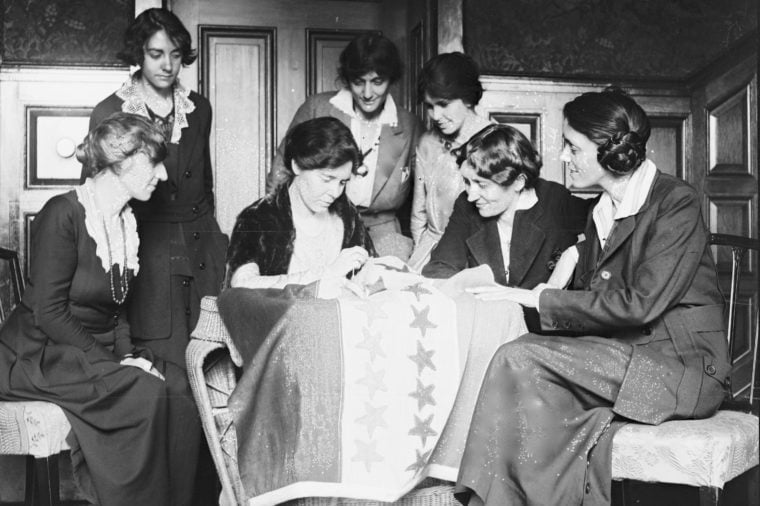 Women have come a long way in American history, from the fight for the vote to equal rights under the law and equal education. To celebrate Women's History Month in March, take a virtual look through the historic places that were crucial to the cause in the United States. Some of these sites also celebrate particular women in our history—trailblazers ahead of their time who accomplished great achievements or worked to help others. We still have further to go to achieve true equality, but let's celebrate the progress of the pioneering women who changed the world. 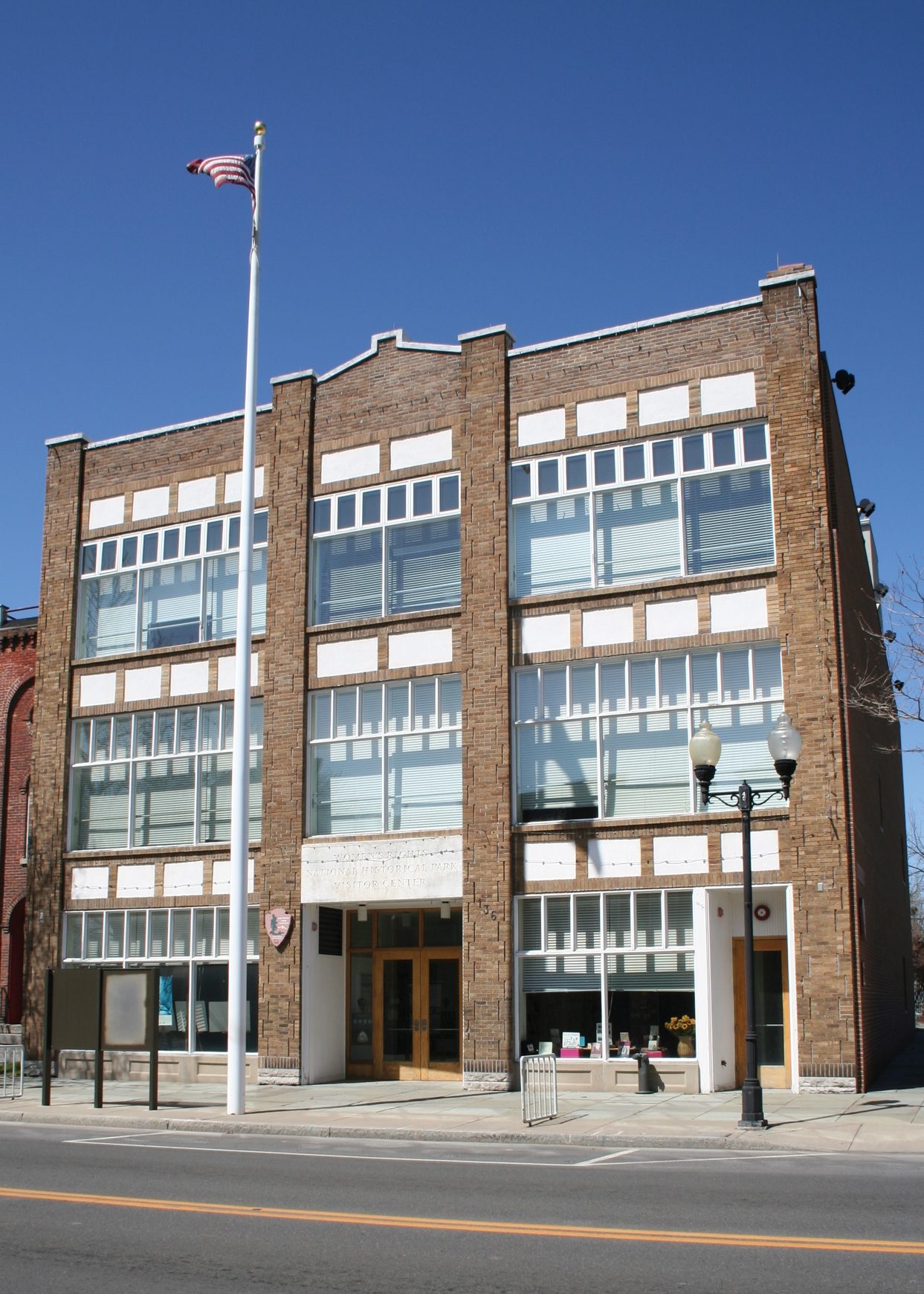 Perhaps no one town was more significant to the cause of women's equality than Seneca Falls in upstate New York. The principle founder of the movement, Elizabeth Cady Stanton, lived in Seneca Falls and organized the first women's rights convention here in 1848. She also authored the Declaration of Sentiments and Grievances, a call for change and action that was modeled on the Declaration of Independence and ratified by the convention. The national park in Seneca Falls today is made up of several sites including Stanton's house, the Wesleyan Chapel where the convention was held, and the M'Clintock House where the declaration was written. The Seneca Falls convention was one of the moments that changed women's history forever. 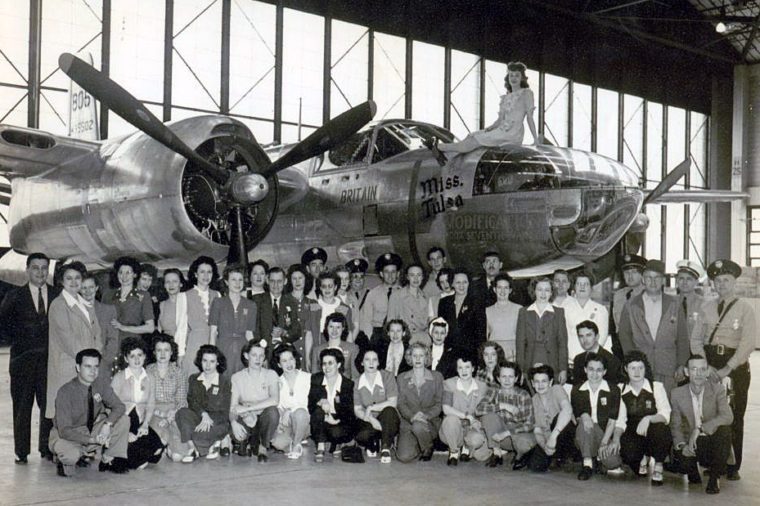 Fast-forward 100 years to the time when women on the home front of World War II were called to do their part. Symbolized by "Rosie the Riveter" and her slogan, "we can do it!", six million women entered the workforce during the war. This national park celebrates the civilian, largely female, contribution to the war effort, which also helped open the door for more women to go to work during the feminist movement that erupted 20 years later. The industrial sites in Richmond, California, that make up the national park are particularly significant because its shipyards were the most productive in the country, with women helping to build 747 ships here during the war. 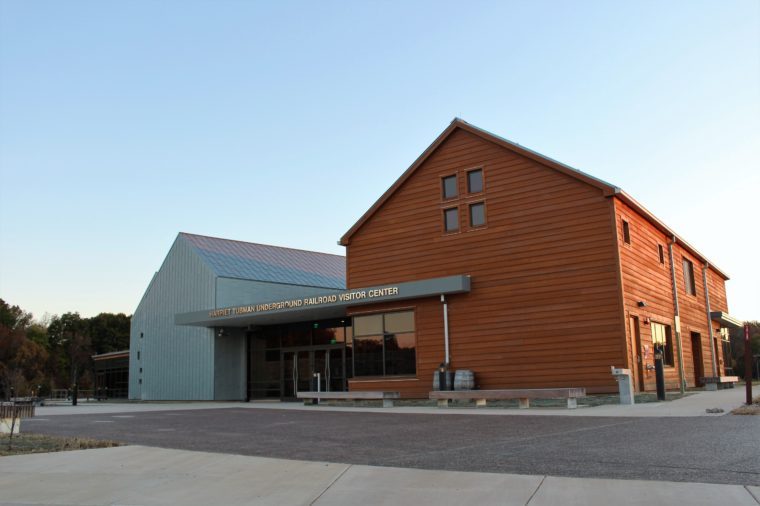 Escaped slave Harriet Tubman made 13 trips back to Maryland before the Civil War to help free over 70 slaves on the "Underground Railroad." Follow her path on Maryland's Eastern Shore for 125 miles and 36 sites, including station houses, secret meeting places, and spots where daring rescues and escapes occurred. The Byway also includes the visitor center at Harriet Tubman Underground Railroad National Historical Park in Church Creek, which houses exhibits about Tubman's rescue missions and later activities as a spy during the Civil War. To learn more about Tubman's work for civil rights and women's suffrage after the war, visit her home in Auburn, New York, as well. Find out 13 facts about Black History Month you didn't learn in school. 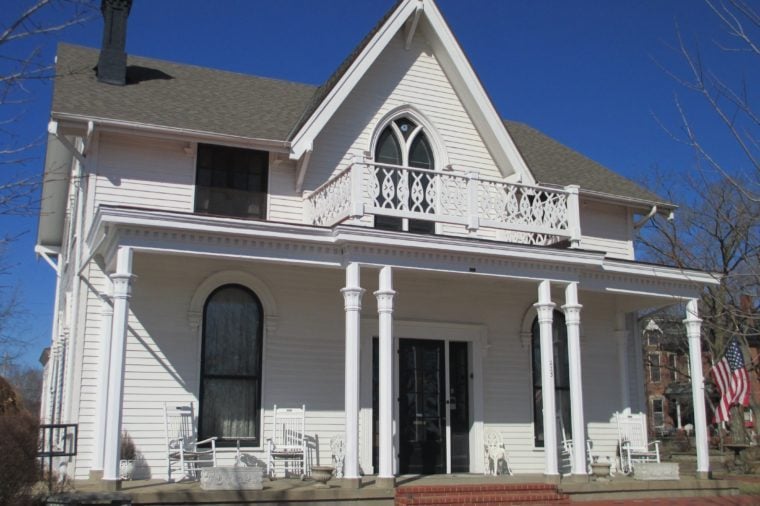 We may not know where the pioneering female pilot died, but we know where she was born: this charming Gothic Revival home at 223 N. Terrace on July 24, 1897. Amelia Earhart spent much of her childhood here, and the house is the most "tangible remaining link" with her, as her birthplace's website says. Among Earhart's many aviation records, she became the first woman to fly solo across the Atlantic Ocean before disappearing over the Pacific while attempting to fly around the world in 1937. The women's aviation organization Earhart helped form, the Ninety Nines, runs her Birthplace Museum today. Here are some facts you never knew about Amelia Earhart. 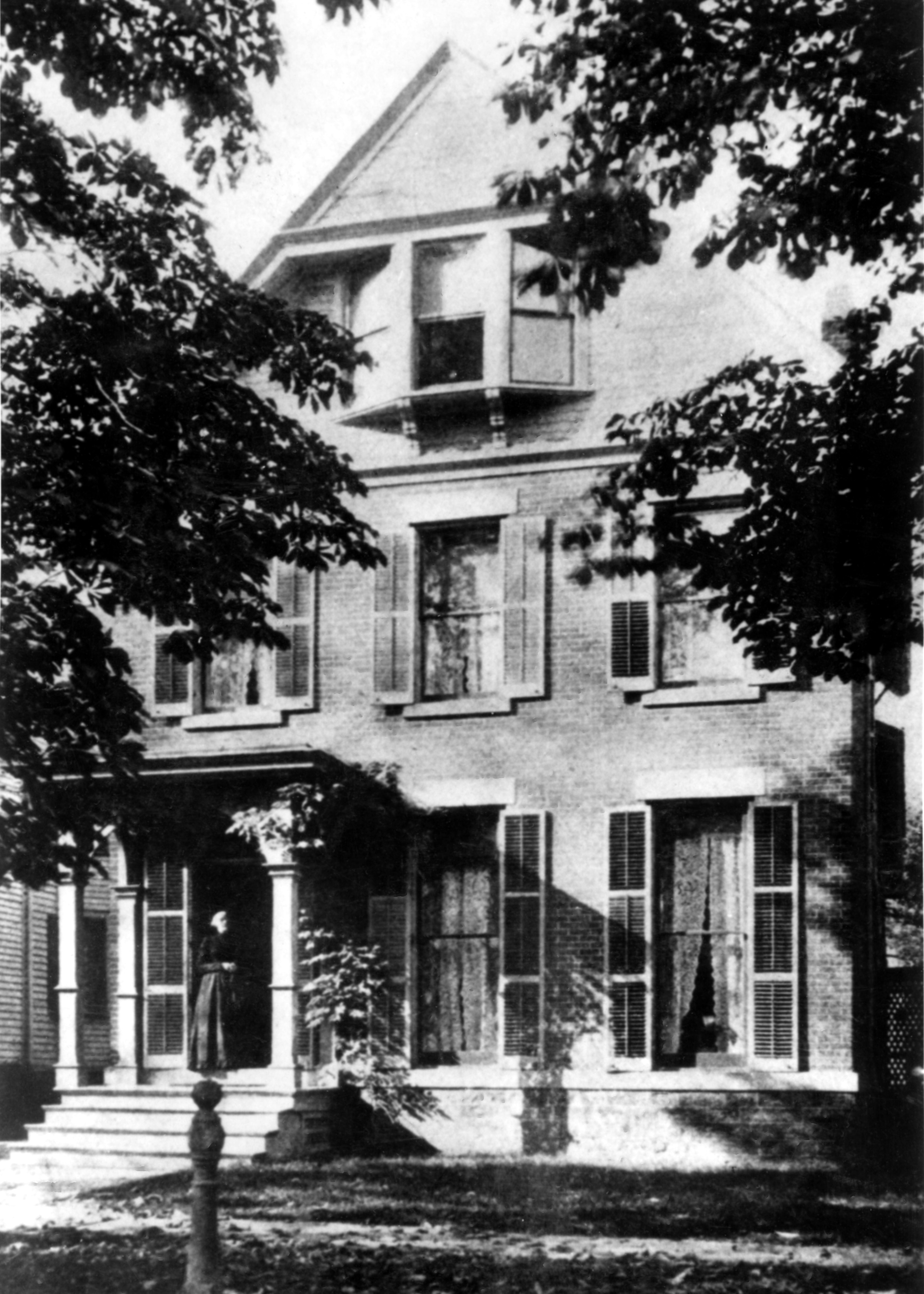 You may remember seeing social media pics of "I voted" stickers placed on Susan B. Anthony's grave on Election Day every year—that's because Anthony was one of the most important figures in the fight for women's right to vote. A National Historic Landmark, her house at 17 Madison Street was the headquarters of the National American Woman Suffrage Association, and Anthony was even arrested in the house's front parlor for voting illegally in 1872. Anthony was also an abolitionist and an advocate for equal education and pay for women. In 1906, she died in the house, 14 years before the Nineteenth Amendment gave women the right to vote in 1920. Here are more facts you probably didn't know about Susan B. Anthony. 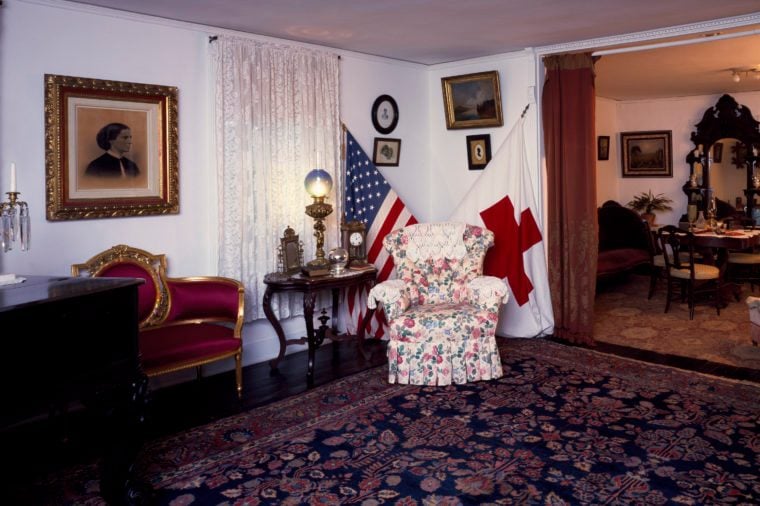 Called the "angel of the battlefield," Clara Barton had no formal medical training, but this enterprising and self-taught nurse became renowned for her work during the Civil War and for later founding the American Red Cross. During the Civil War, Barton not only helped with the war effort by collecting supplies and bandages, but also delivered them to the troops herself at great personal risk to her own life and ended up nursing and comforting wounded soldiers on the front lines. She lived in Glen Echo during the latter part of her life, and her home became the Red Cross headquarters as she continued to provide field relief for natural disasters, wars, famine, and disease epidemics. Read about 19 of the most inspiring Red Cross rescues. 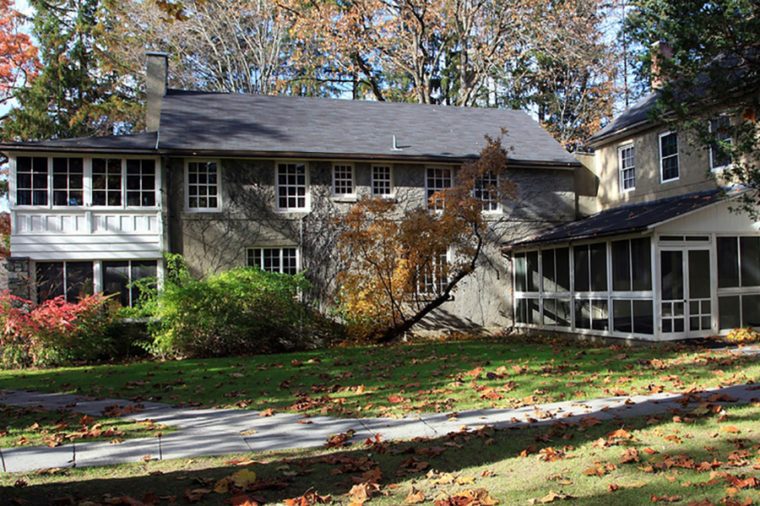 The "First Lady of the World," Eleanor Roosevelt was more than President Franklin D. Roosevelt's wife. A humanitarian, advocate for social justice, and politician in her own right, Roosevelt based her work around Val-Kill, her personal retreat next to FDR's home in Hyde Park. Here, she hosted gatherings of everyone from politicians to family to troubled youth and even experimented with Val-Kill Industries, a program to help farmers supplement their income by learning craft skills such as furniture making. After FDR's death, she moved to Val-Kill permanently and continued her work. Today, it's the only National Historic Site dedicated to a First Lady and also houses the Eleanor Roosevelt Center at Val-Kill, which furthers her vision through youth programs on human rights, leadership, and character development. Roosevelt also gave us some of the best empowering quotes from women in politics. 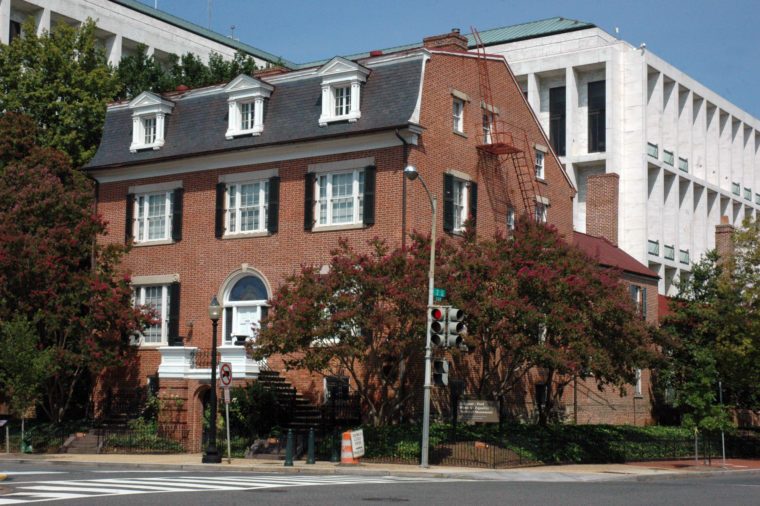 Once a private home, this gorgeous historic building was sold to the National Women's Party (NWP) in 1929 for their headquarters. The group called it the Alva Belmont House after its chief financial donor and used it as a base of operations to campaign for an Equal Rights Amendment and gender equality under the law. Although that amendment never passed (yet, anyway), the NWP continues today as an educational organization on the women's rights movement. Today, this National Monument has been renamed to include Alice Paul, founder of the NWP and the driving force behind the constitutional amendment to guarantee women the right to vote. Here are some things you might not know—but should—about the Equal Rights Amendment. 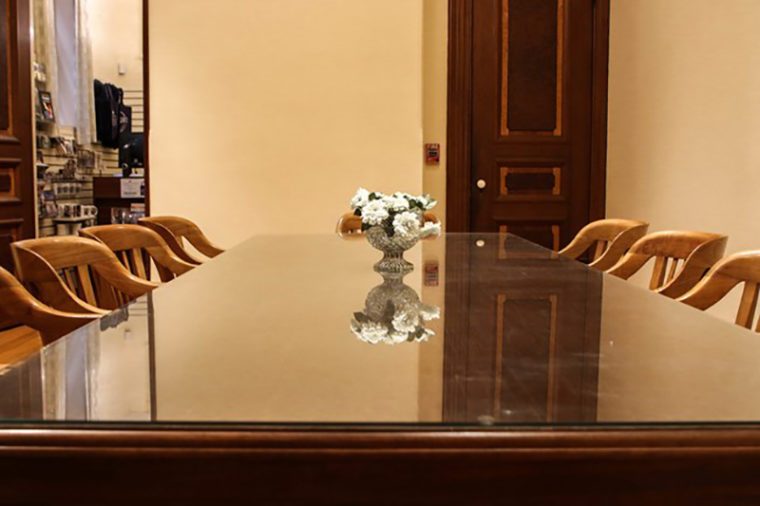 While you're in D.C., check out the headquarters of another women's group, one that focused on the intersectionality of women's rights and civil rights for African Americans. Here at the Council House of the National Council of Negro Women (NCNW), Mary McLeod Bethune lived and worked. Born free in post–Civil War South Carolina, she was educated against the odds and became a teacher and school founder; later, Bethune fought to end segregation, worked for equality in labor and education, and was appointed as advisor to several presidents. At the Council House, she hosted visitors and led conferences on integration, civil rights, and ending discrimination. Today the site also houses the National Archives for Black Women's History. Bethune is one of the incredible women you didn't learn about in history class. 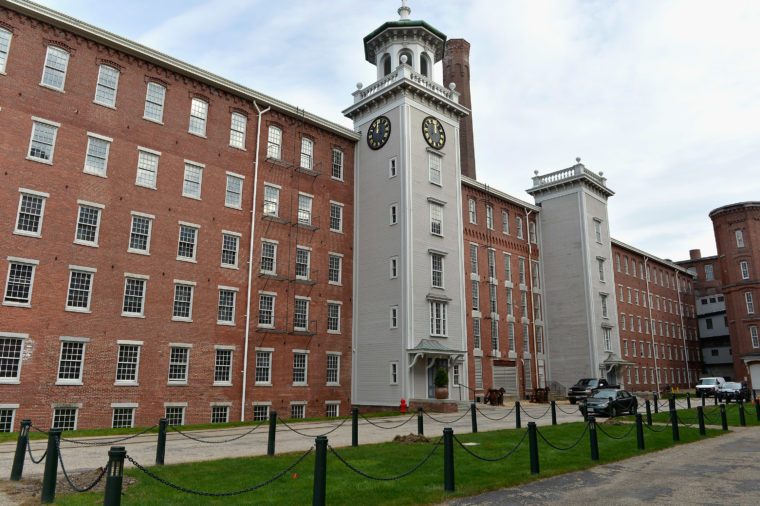 This town was the center of the Industrial Revolution in America due to the large number of textile mills that were built there. Now a national park, these buildings were once the workplace of thousands of "Mill Girls" who unionized in the Lowell Female Labor Reform Association to fight for better pay and working conditions in the mid–19th century—but soon the women workers recognized that little change would come until they got the vote. Although the park today remembers all of the women who worked and fought for equality and suffrage here, Lowell suffragists who are particularly celebrated include Harriet Hanson Robinson and Florence Luscomb. Learn about many other famous female firsts from trailblazing women who made history. 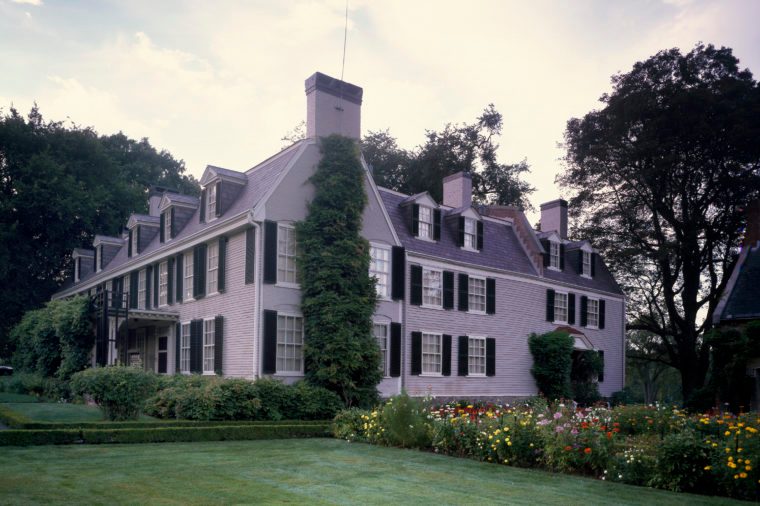 Sometimes referred to as "Mrs. President," Abigail Adams was another First Lady who not only supported her husband but was extremely influential in policy-making, if only from behind the scenes. As her husband, John Adams, was often away—doing such things as signing the Declaration of Independence, sailing to France on diplomatic missions, and being president of the new United States—the couple often communicated through letters. These records give us a full portrait of her beliefs: Adams was even more progressive than her husband in her support of abolition and women's right to vote. Her letters also chronicle day-to-day life as she raised their children, including future president John Quincy Adams, and ran their farm at Peace Field, now a National Historical Park devoted to this founding family. Next, read about how Women's History Month came to be.