10 Books That Predicted the Future

It's almost as if these authors had a crystal ball to peer into... 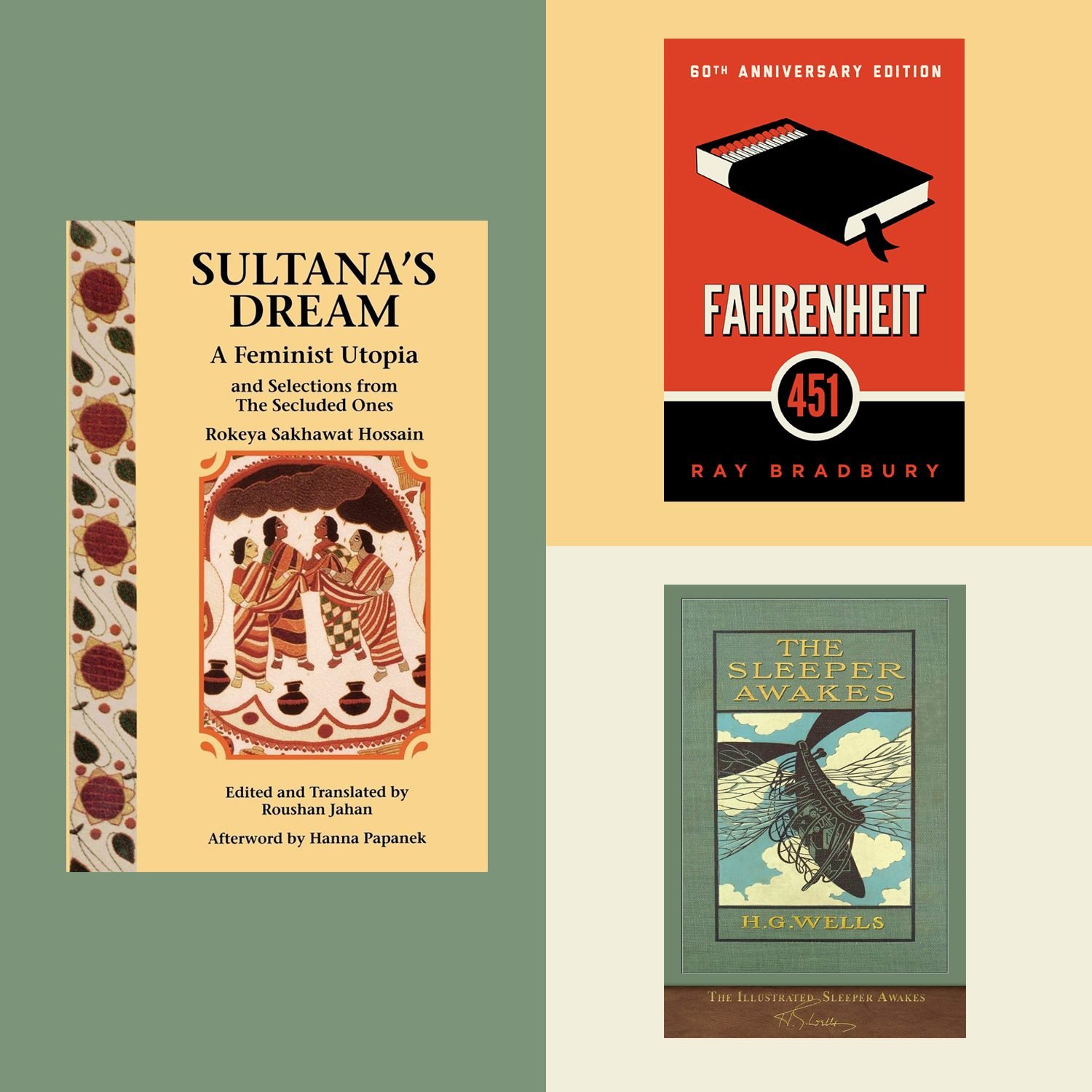 A look into the future

As we were told by countless teachers and school librarians during our childhoods, a good book can transport you to another time and place, letting you briefly inhabit another world—or a different version of the one you’re living in. And whether the books are set in the past, present, or future, the authors of fiction can create their own societies, and the rules, technologies, and social and political situations that come with it. Given how much literature has been written throughout history, it makes sense that some of it would include events or inventions that were not around (or maybe even possible) when the author wrote about them. Here are nine examples of books that predicted the future. 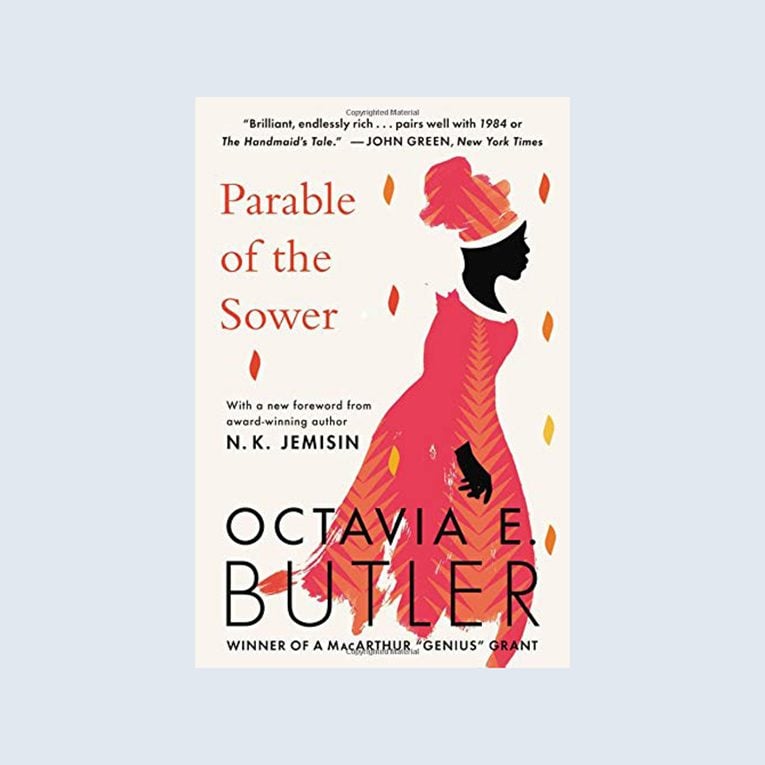 Though she died before completing the third book in the trilogy, science fiction writer Octavia E. Butler created a dystopian world in Parable of the Sower (1993) and Parable of the Talents (1998) that featured the rise of a populist demagogue. While the books were well-received when they were published, they have struck a chord with readers more recently, given some stark similarities between the society Butler created and our reality today, including global warming, extremely influential corporations, and social inequality. But the strangest parallel came in Parable of the Talents, where she writes about a conservative evangelist who runs for president using the slogan “Make America Great Again.” 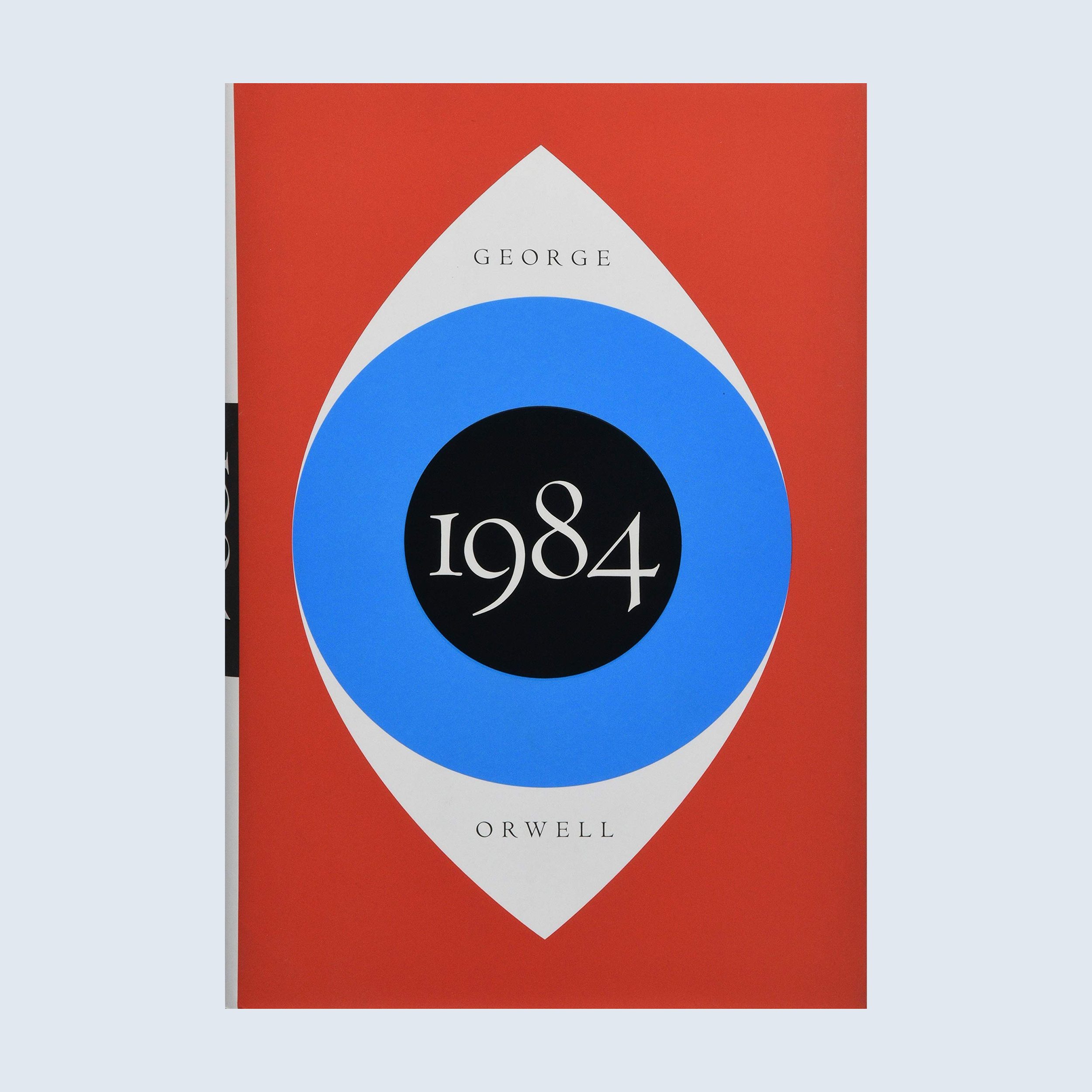 George Orwell’s dystopian novel 1984 predicted so many aspects of the future that referring to it has become shorthand for any situations where technology threatens to control aspects of society. In fact, the term “Big Brother,” which refers to abuse of government power—specifically involving surveillance—originated in the book. Though it was published in 1949, Orwell described multiple technological advancements that now exist in some form. An article in Insider published in June 2019 discusses two of his sci-fi creations that are eerily similar to technology that exists today. The first example is the “telescreen,” which is essentially a large television used to monitor people’s private lives, and is able to identify a person based on their facial expressions and heart rate. In other words, facial recognition software. The second example is the “Versificator”: a machine that can automatically produce music and literature—much like some of the artificial intelligence technology used today. 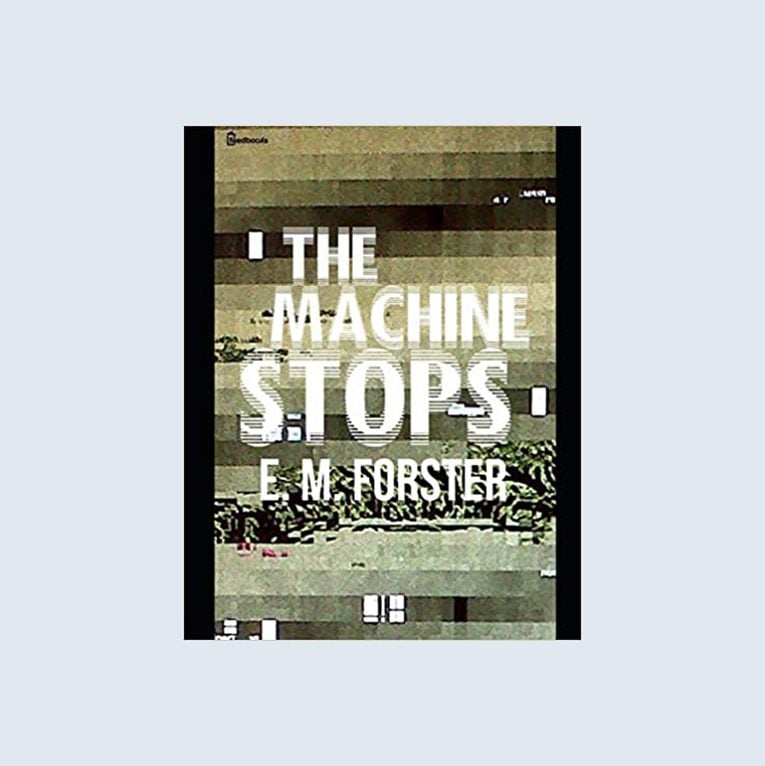 In his 1909 book The Machine Stops, E.M. Forster imagined a future in which people live and work exclusively in their own rooms, communicating with each other entirely through electronic means, Kenneth Schneyer, professor of humanities and legal studies at Johnson & Wales University, tells Reader’s Digest. The people in the book create and sustain their “friendships,” “groups” or “teams” entirely through electronic communications, and eventually become positively phobic about leaving their rooms or meeting other people in the flesh.

And while the telephone did exist at this point, radio was virtually unknown and television not yet invented, Schneyer explains. “Until the Internet and social media, I don’t think anyone thought of Forster’s novella as prophetic,” he says. “But by the time I first taught it to students five years ago, I was able to say with a straight face, ‘We are all living the nightmare that Forster is dreaming in Hell.’ In the world of commerce-via-Zoom, it’s even more true. ” Want to read more, but are strapped for cash? Here are a few places you can read free books online. 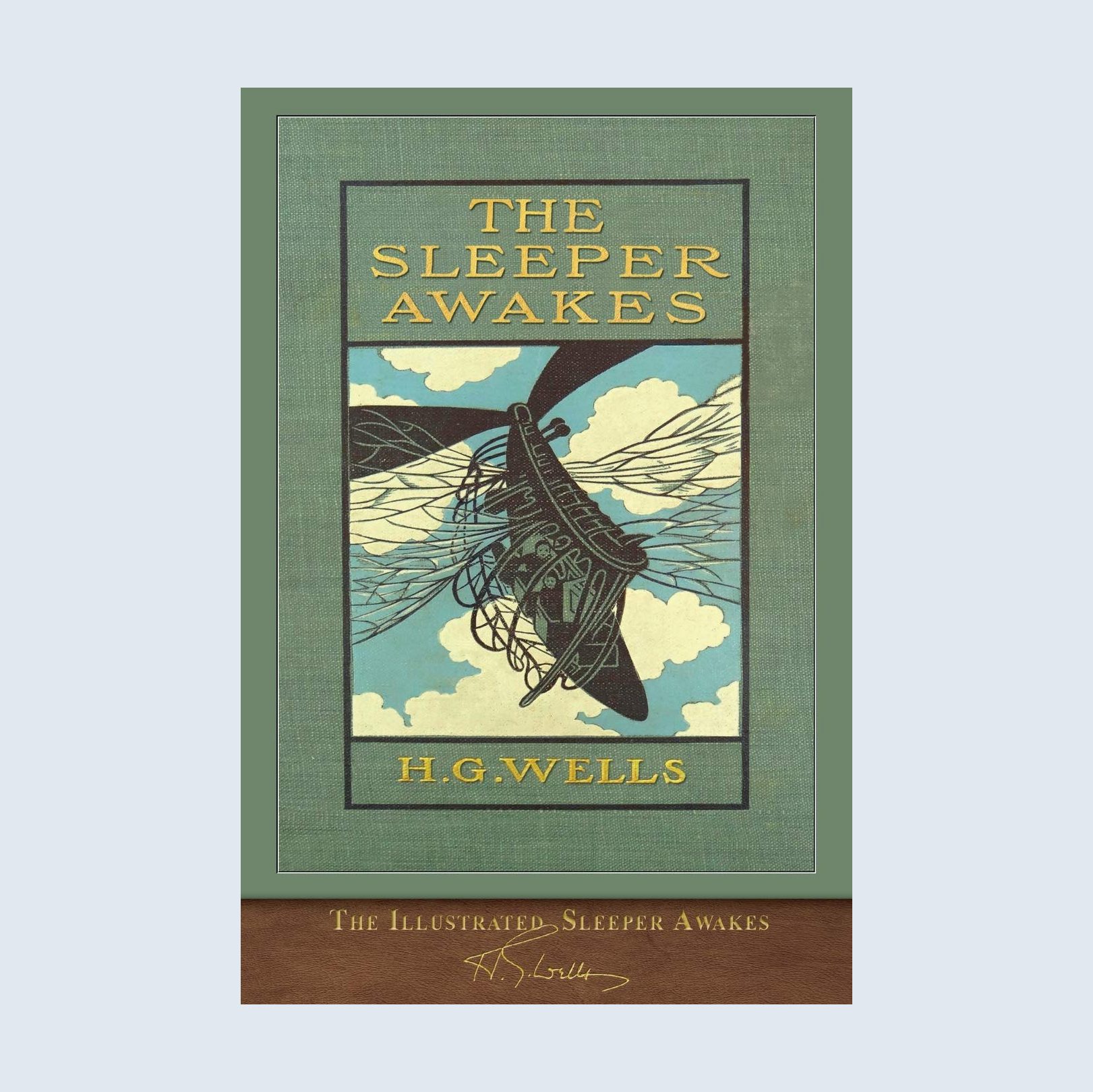 When the Sleeper Wakes

Science-fiction writer H.G. Wells had a knack for predicting the future of warfare—including the atom bomb—in his 1914 novel The World Set Free, according to Andrew Peck, an interdisciplinary researcher and educator, who has helped trained military aviators and taught English at universities.

“Wells’ habit for seeing the future of armed conflict extends to his visions of the use and importance of airpower in warfare in his 1899 story When the Sleeper Wakes,” Peck tells Reader’s Digest. “[This was] a feat of foresight some 12 years before the first military aerial reconnaissance mission (1911, Italians over Turkey) and four years before the Wright brothers first got off the ground with a manned, heavier than air, plane.” 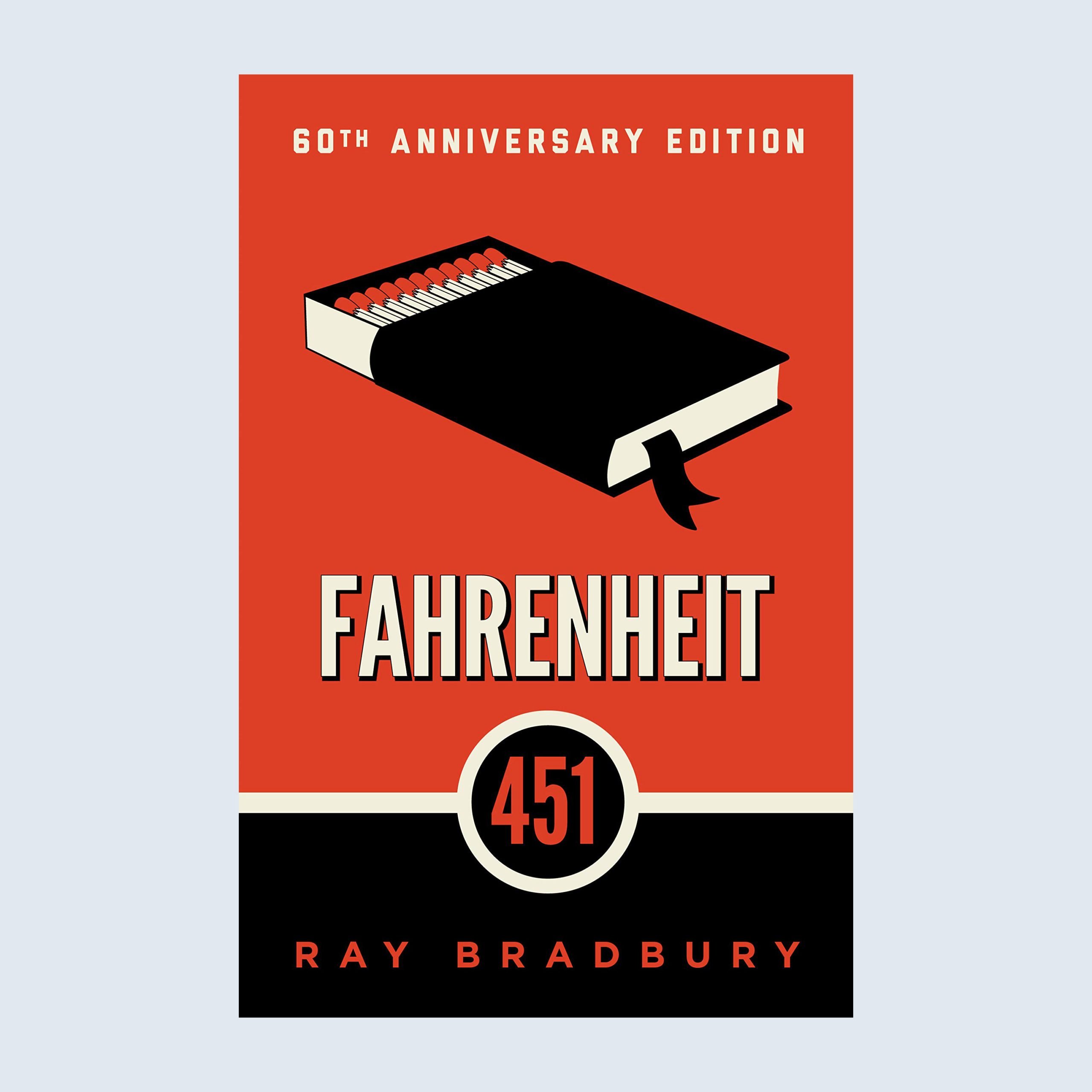 When Ray Bradbury’s book Fahrenheit 451 was published in 1953, television was already a popular form of entertainment in America. At that time, most of the programming consisted of scripted comedies and mysteries, game shows, news programs, and variety shows. But the book featured what sounds a lot like modern reality TV. “Bradbury, who was more interested in the way humans would react to technology than technology itself, imagined a world in which wall-sized televisions involved viewers directly in the action of the programs, anticipating not only our widescreen media but also reality TV,” Schneyer explains. “More than this, he foresaw how people would become increasingly devoted to their television programs even in preference to their home lives and personal relationships. Although this book did not imagine the election of a reality TV star as president, I doubt that Montag (its protagonist) would be surprised.” 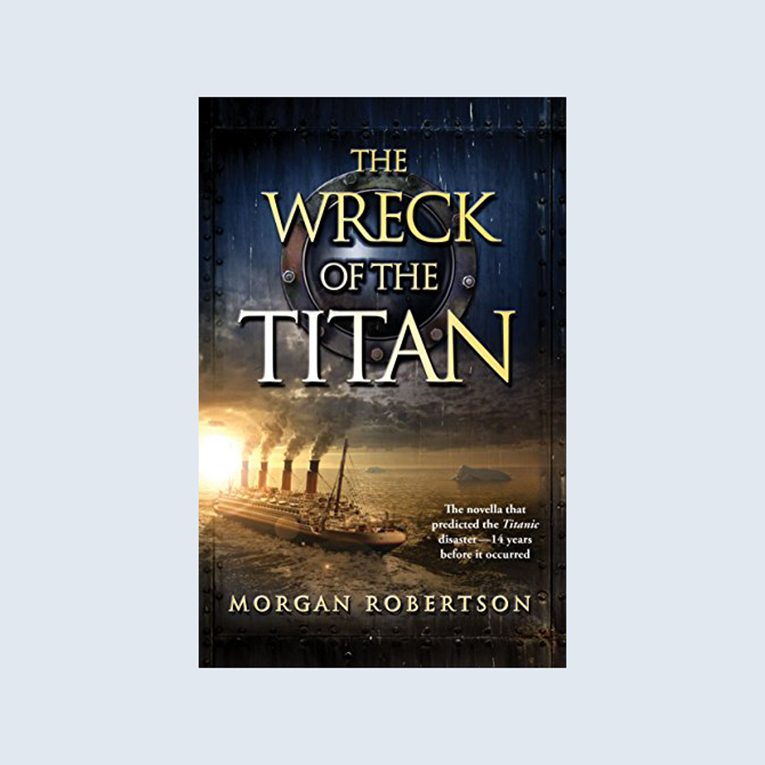 The Wreck of the Titan

Even though The Wreck of the Titan is one of the most well-known examples of books that predicted the future, it’s still hard to believe. Written by Morgan Robertson and originally published under the title Futility in 1898, the novella tells the tale of a massive passenger ship named The Titan that hit an iceberg and sank in the frigid waters of the Atlantic Ocean, killing thousands of people.

“Like the Titanic, the Titan was also described in Robertson’s book as ‘the largest ship of its time,” Lewis Keegan, the owner and operator of SkillScouter (which helps students find their ideal online learning platforms) tells Reader’s Digest. “Aside from this, the Titan has also been described as one which has a shortage in lifeboats—just like the Titanic. The Titan was also glorified and named ‘unsinkable’ before it sank in April; again, just like the Titanic did.” Looking for other quick reads? Here are the best short books you’ll ever read. 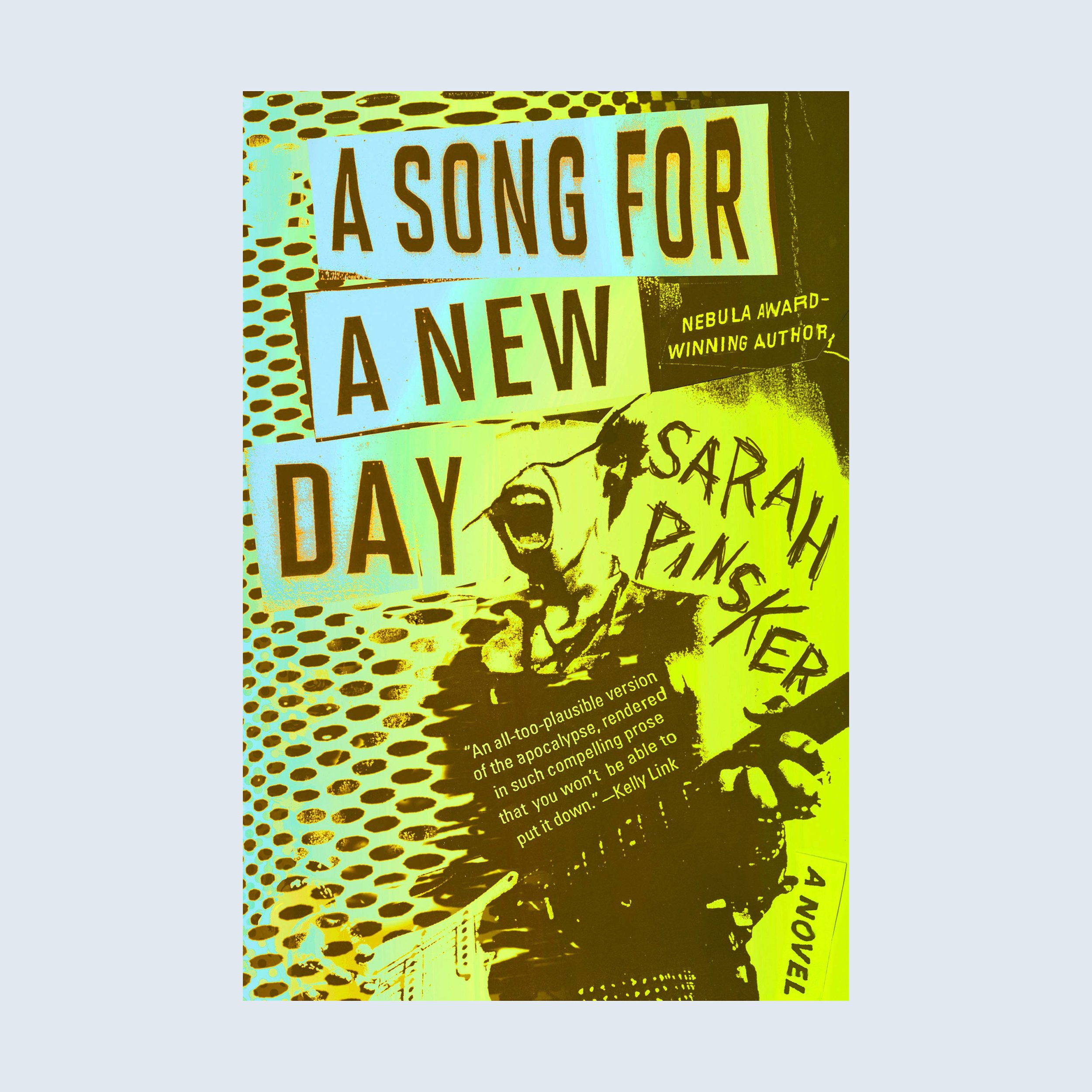 A Song for a New Day

A more recent, and tragically timely example, is Sarah Pinsker’s novel A Song for a New Day. Published on September 10, 2019—and written two or three years prior—the book takes place in a society dealing with a combination of domestic terrorism and a lethal pandemic. “That causes the government to outlaw gatherings beyond a certain size, and to radically alter the economy, such that nearly everyone works full-time from home, wearing protective gear at all times when away from home,” Schneyer explains. “One of the two protagonists is a singer/songwriter whose livelihood depended on live gatherings of audiences, and who is now unable to do what she was born to do. Another protagonist is a young woman who was a child during the pandemic, who is terrified of any other person or any public space.” This one hits a little too close to home right now. 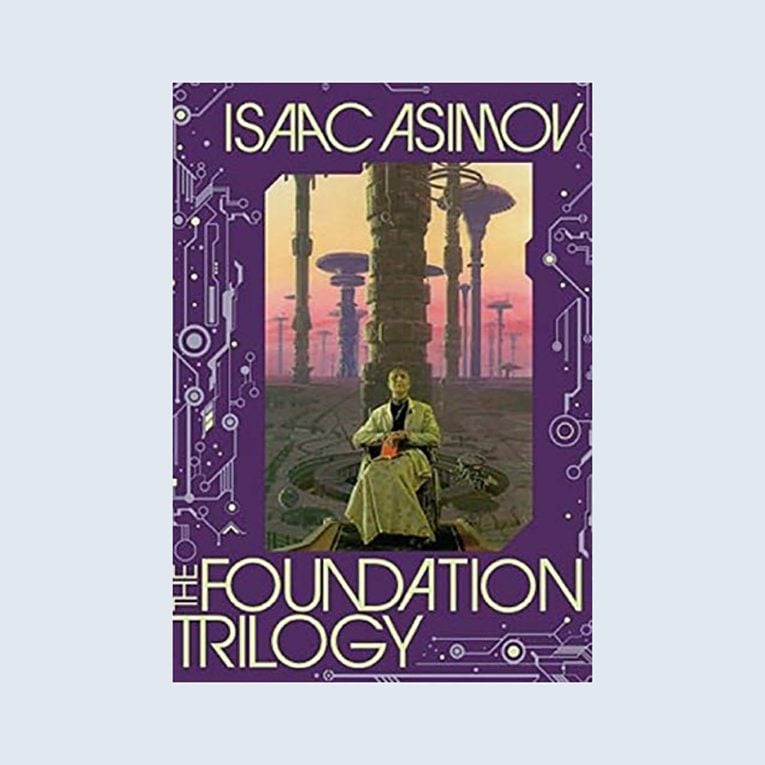 First published in the early 1950s, Isaac Asimov’s Foundation trilogy predicted a science called “psychohistory,” in which the future could be predicted by accurately measuring current developments and trends in human behavior and life, Paul Levinson, PhD, professor of communication and media studies at Fordham University (as well as a non-fiction and science-fiction author) tells Reader’s Digest.

“Although statistics as a way of gauging the public existed back then, they were very rudimentary in comparison to today’s surveys and statistics, which are used every day to measure and predict everything from consumer behavior and voting preferences to the impact of COVID-19,” he explains. “In other words, the psychohistory in Asimov’s science fiction has become a crucial way of life in our world.” The Foundation series is being brought to the small screen by Apple TV as a major television series for streaming in 2021. 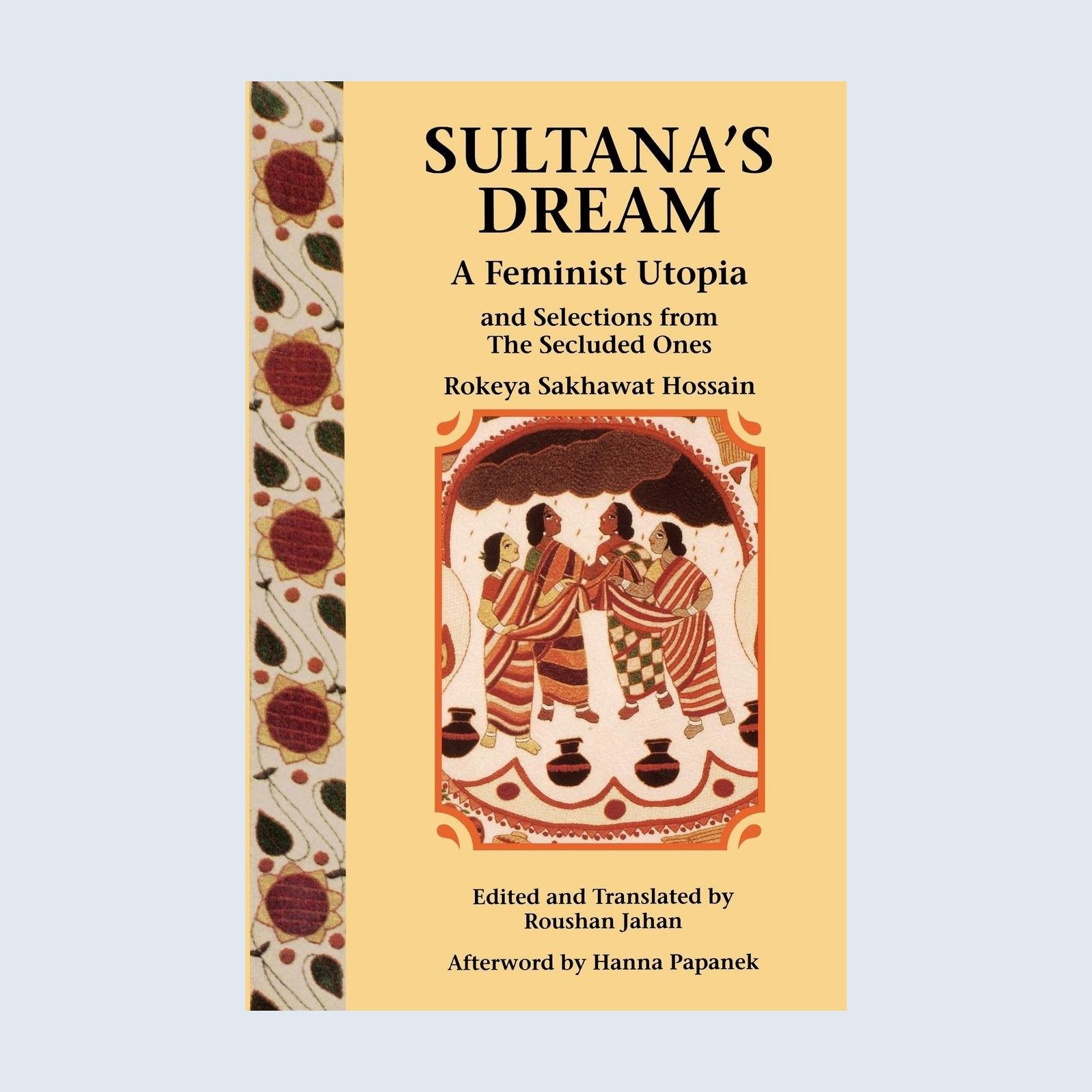 In her 1905 book The Sultana’s Dream, Rokeya Sakhawat Hussain—a Muslim feminist social reformer from Bengal—described a place called “Ladyland,” in which men were locked away so women could actually get stuff done without having to deal with annoying distractions like violence and war. Though that part hasn’t happened (yet), Hussain does predict a variety of technological developments, including solar power and video calls. With so much additional time in their schedules, thanks to the lack of men, the women of Ladyland have the opportunity to invent other useful things, like flying cars, weather control, and laborless farms. Not that you need another reminder, but here are the reasons women still aren’t equal to men today.