The Best Car Brands for 2021, According to Consumer Reports

Whether you're looking for an electric car or an SUV, Consumer Reports has analyzed the data to determine the most reliable car models for 2021. 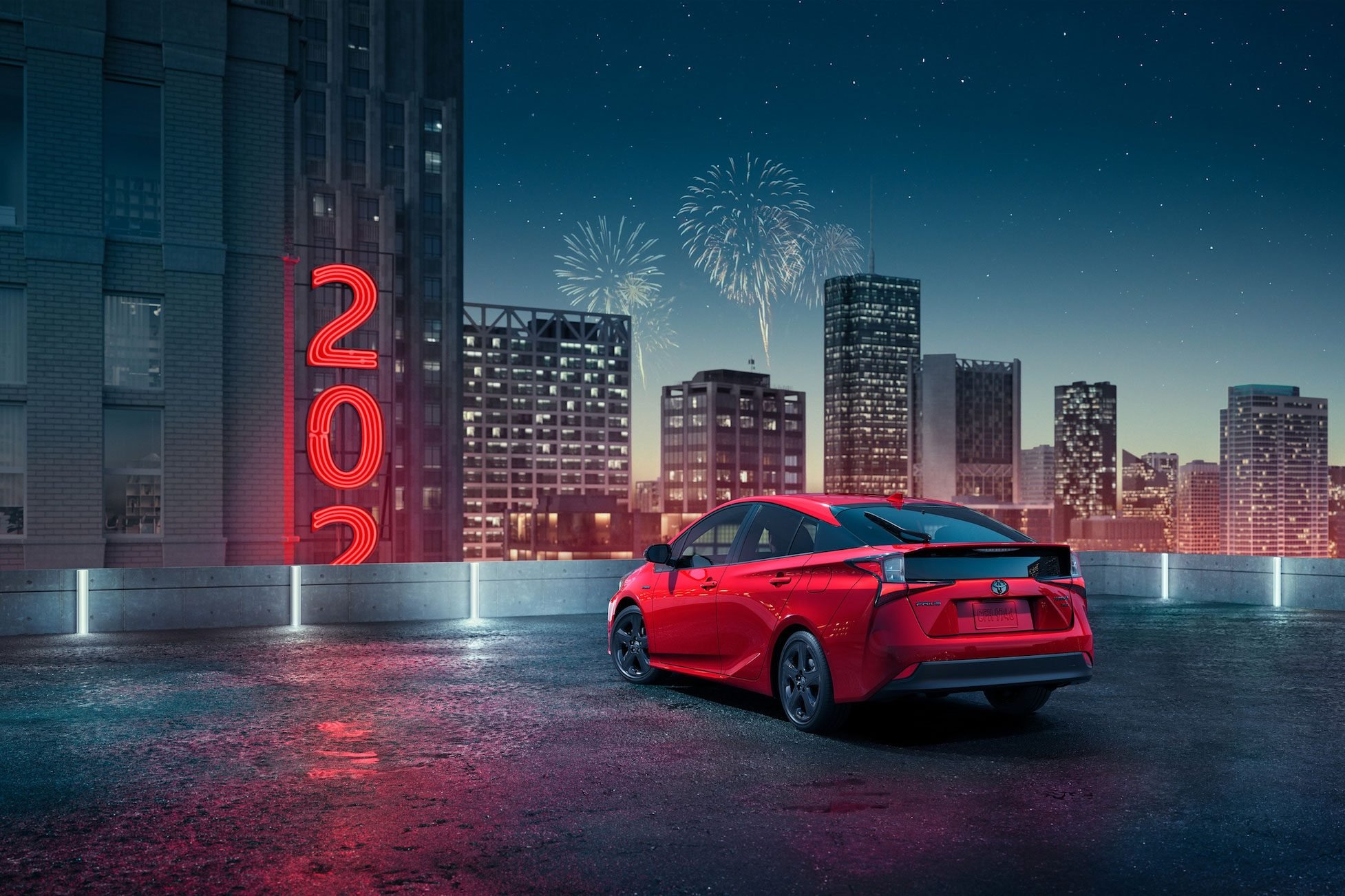 The most reliable cars

It’s easy to be swayed by the sleek look of a new car, but can you count on it? Fortunately, Consumer Reports is out with its ranking of the best cars for 2021, so you can find out which models made the top ten. Consumer Reports based its analysis on data gathered in more than 50 tests carried out at the company’s Auto Test Center, from crash assessments to safety tests. These cars also came out on top with owners for satisfaction and reliability in their member surveys, and four of them also qualify for Consumer Reports’ new “Green Choice” category, meaning that they produce fewer greenhouse gases and smog-forming emissions (as per EPA data). Here are the top ten 2021 models for reliability. Find out the best time of the week to buy a car. 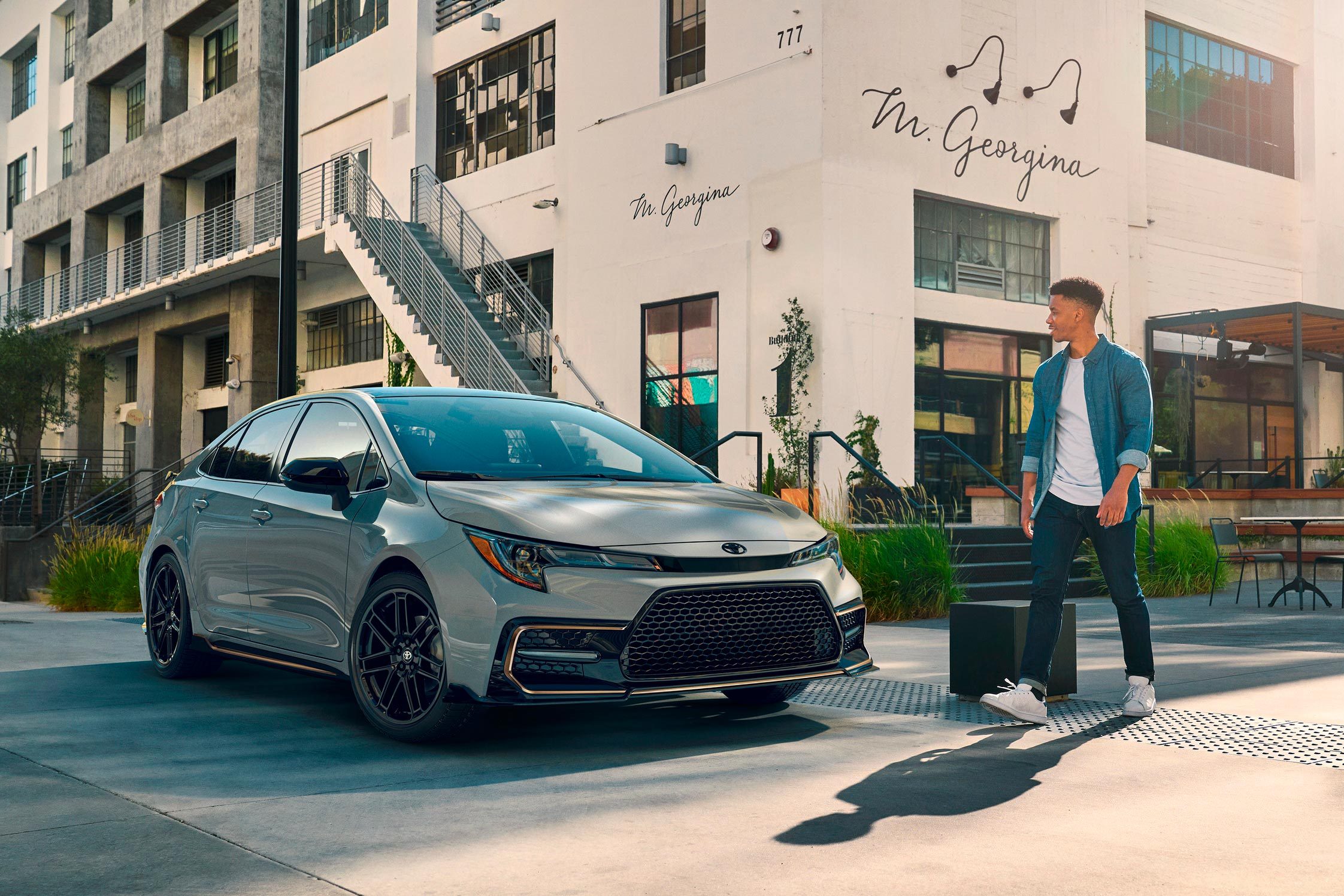 Costing less than $25,000 new, the Toyota Corolla is an all-around winner on reliability and safety. Available in both sedan and hybrid models, the Corolla is also a star when it comes to fuel economy, delivering 33mpg in the sedan and 48mpg in the hybrid version (which also earns the Green Choice designation). The Corolla received top marks for comfort and easy driving, and it will last practically forever. Consumer Reports adds that the Toyota Corolla has “more standard safety features than some cars at twice the price,” making this car a great option for everybody. Here are 13 things you should never do in your car. 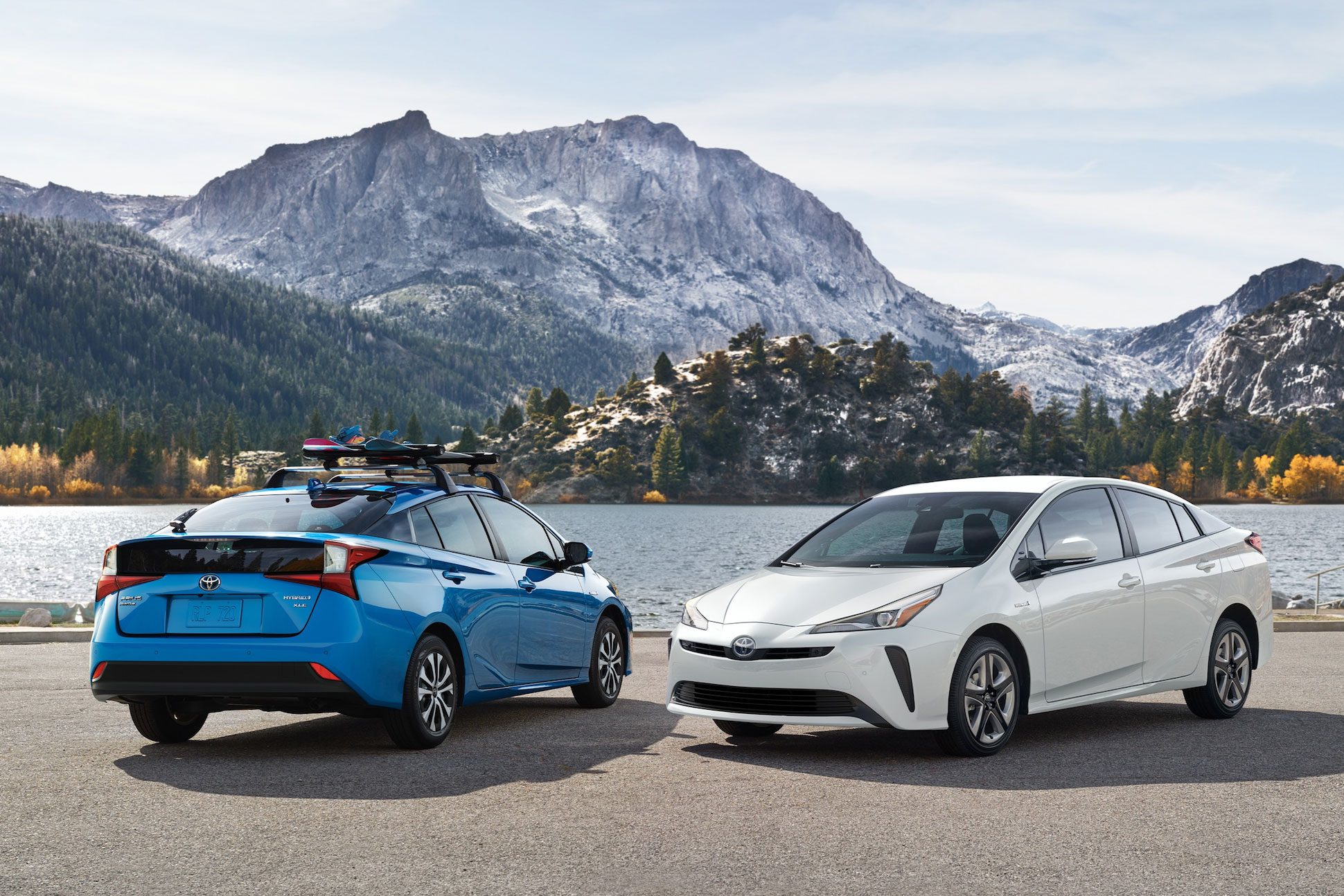 The Toyota Prius is the uncontested monarch of hybrid vehicles, routinely topping lists for owner satisfaction and reliability. It’s also an exceedingly comfortable and roomy car that’s easy to drive. The Prius costs between $25-$35,000 new, and now comes with the option of all-wheel drive, a plus for those who live in snowy climates. The thing consumers most love about the Prius, however, is the incredible fuel economy. The EPA estimates that the 2021 Prius gets an amazing 56 mpg in combined city/highway driving, and the Prius Prime model (which plugs in) gives 25 miles of electric-only range, perfect for a city runabout. Consumer Reports gave the 2021 Prius its Green Choice designation. Keep your car looking like new by following these car detailing secrets. 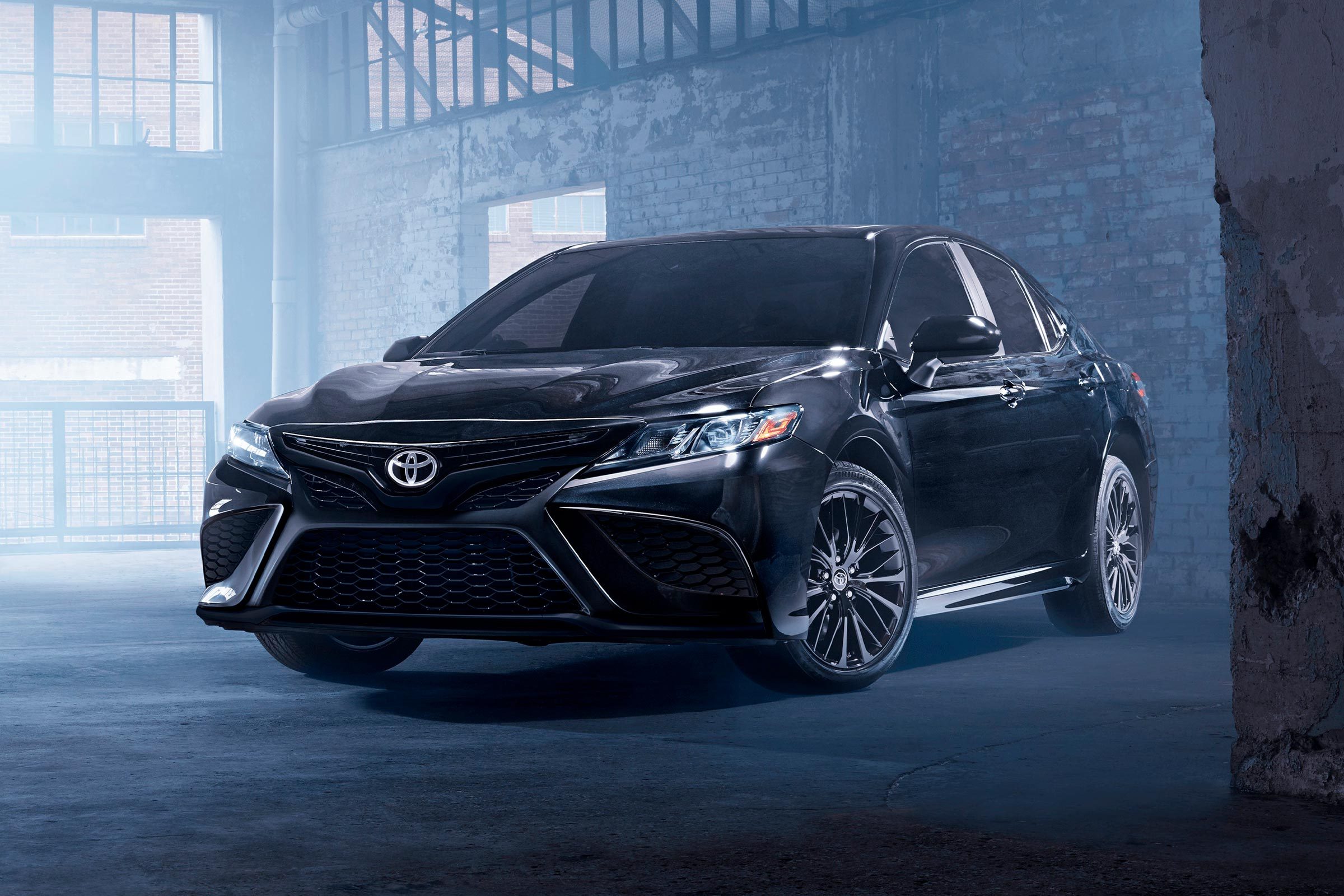 Like all Toyotas, the Camry is a winner on reliability and fuel economy. Available in both sedan and hybrid versions, both models earned the Green Choice designation, delivering 32mpg and 47mgp respectively. Consumer Reports notes that the Camry offers a stylish choice amongst mid-sized sedans, and comes with many safety and driver assistance features as standard. A new 2021 Toyota Camry falls into the $25-$35,000 range, and it will last long enough to be passed down to your kids. Don’t do these things to your car that mechanics wouldn’t do. 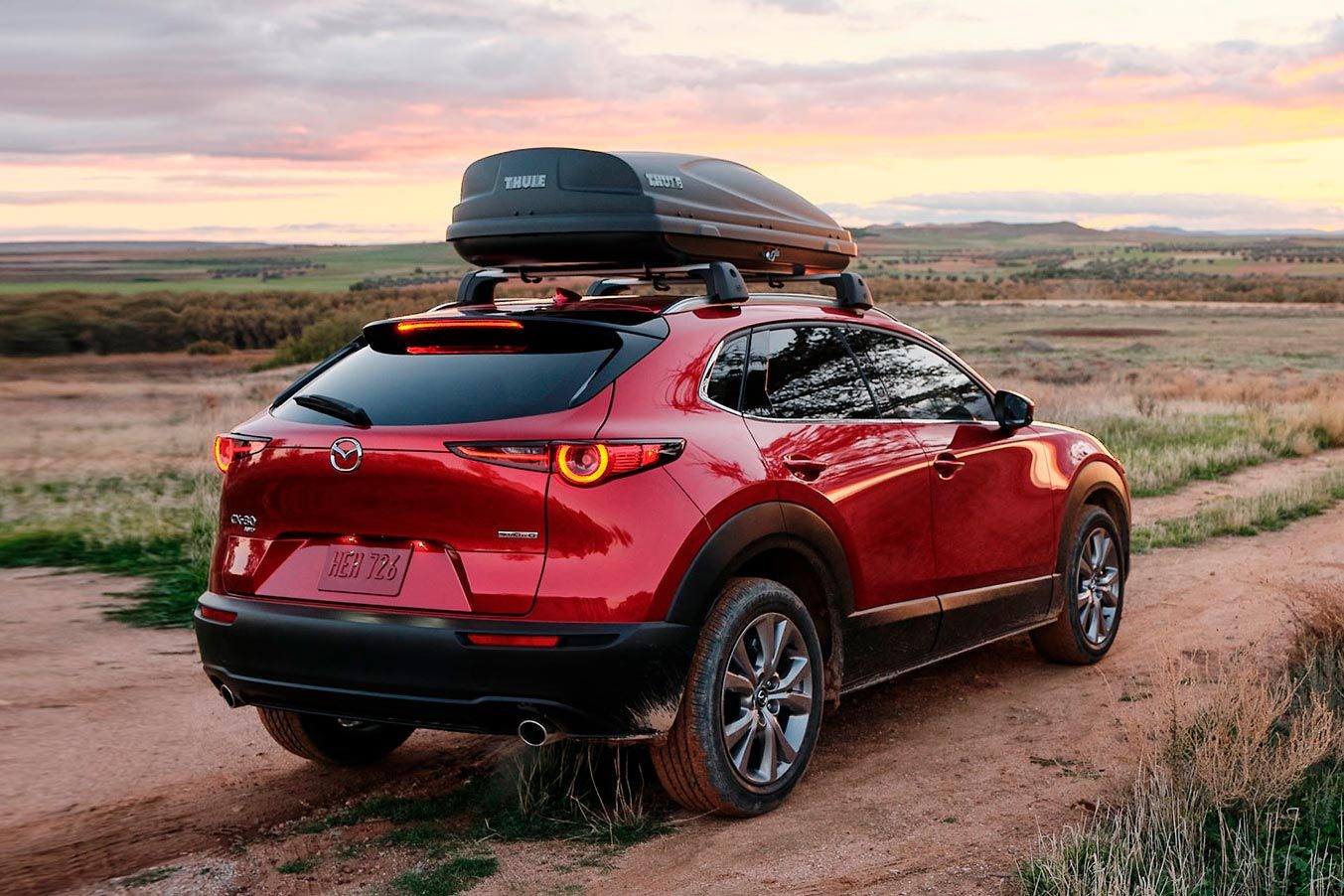 If you’re looking for a small SUV, the Mazda CX-30 should be high on your list. Consumer Reports highlights its excellent handling and fun driving feel, as well as its firm ride. Available new in 2021 for under $25,000 (and up to $35,000), the CX-30 also features a comfortable and luxurious interior. It scored highly in reliability and safety as well, making this zippy sub-compact SUV a great choice. Check out what these popular car brands looked like 50 years ago. 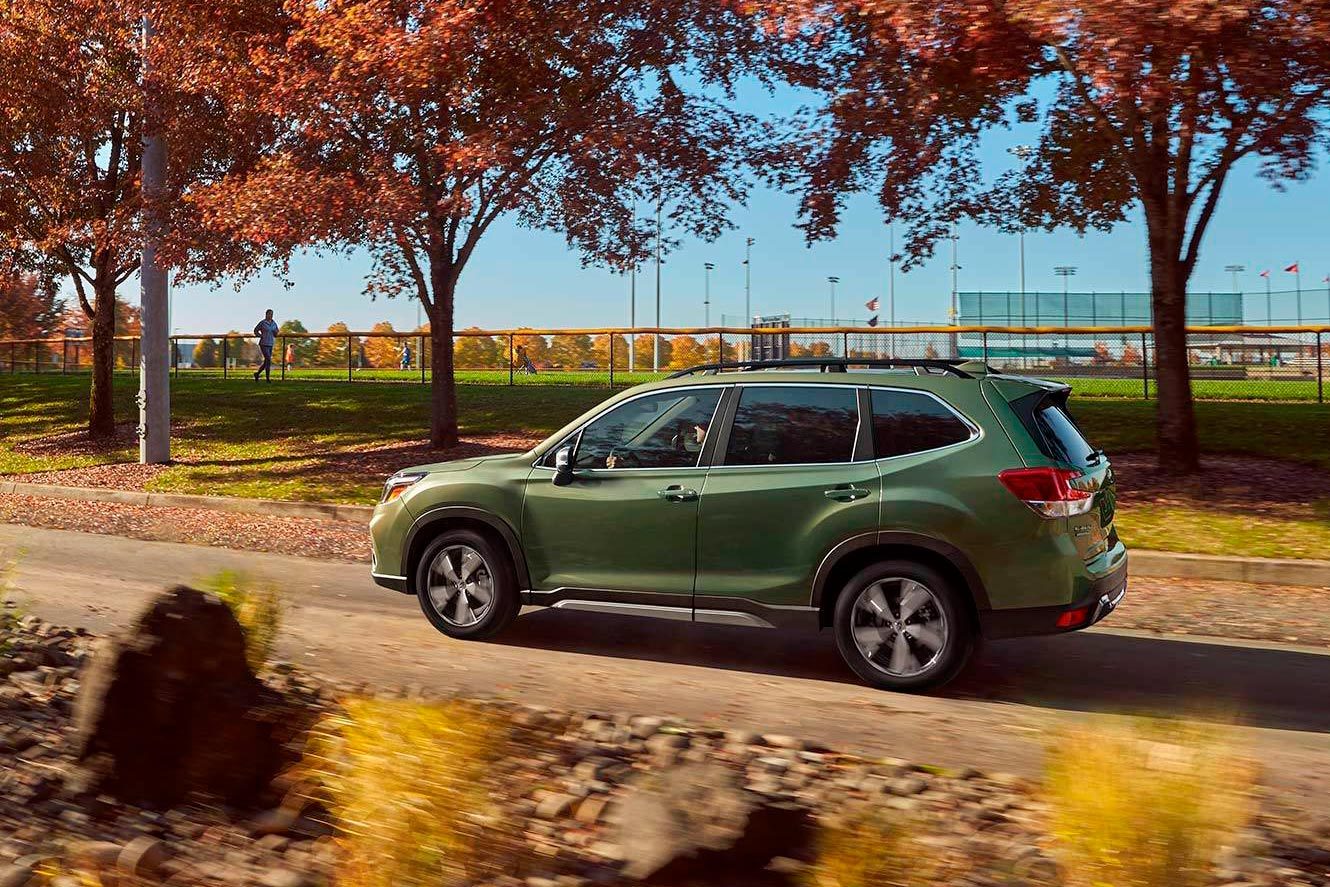 This small SUV has been one of Consumer Reports’ Top Picks for eight years in a row because the Subaru Forester knows what it’s doing. Beloved of outdoorsy types, the Forester features a surprisingly spacious interior (good for the vertically blessed amongst us) and impressive fuel economy for its type, at 26mpg. All Foresters come with an all-wheel-drive system as standard, and a full cohort of safety systems. This car wants you to have all your adventures as safely as possible! Priced from $25-$35,000 new, the 2021 Forester is a solid choice. Ever wondered what happens to all the cars that don’t get sold? 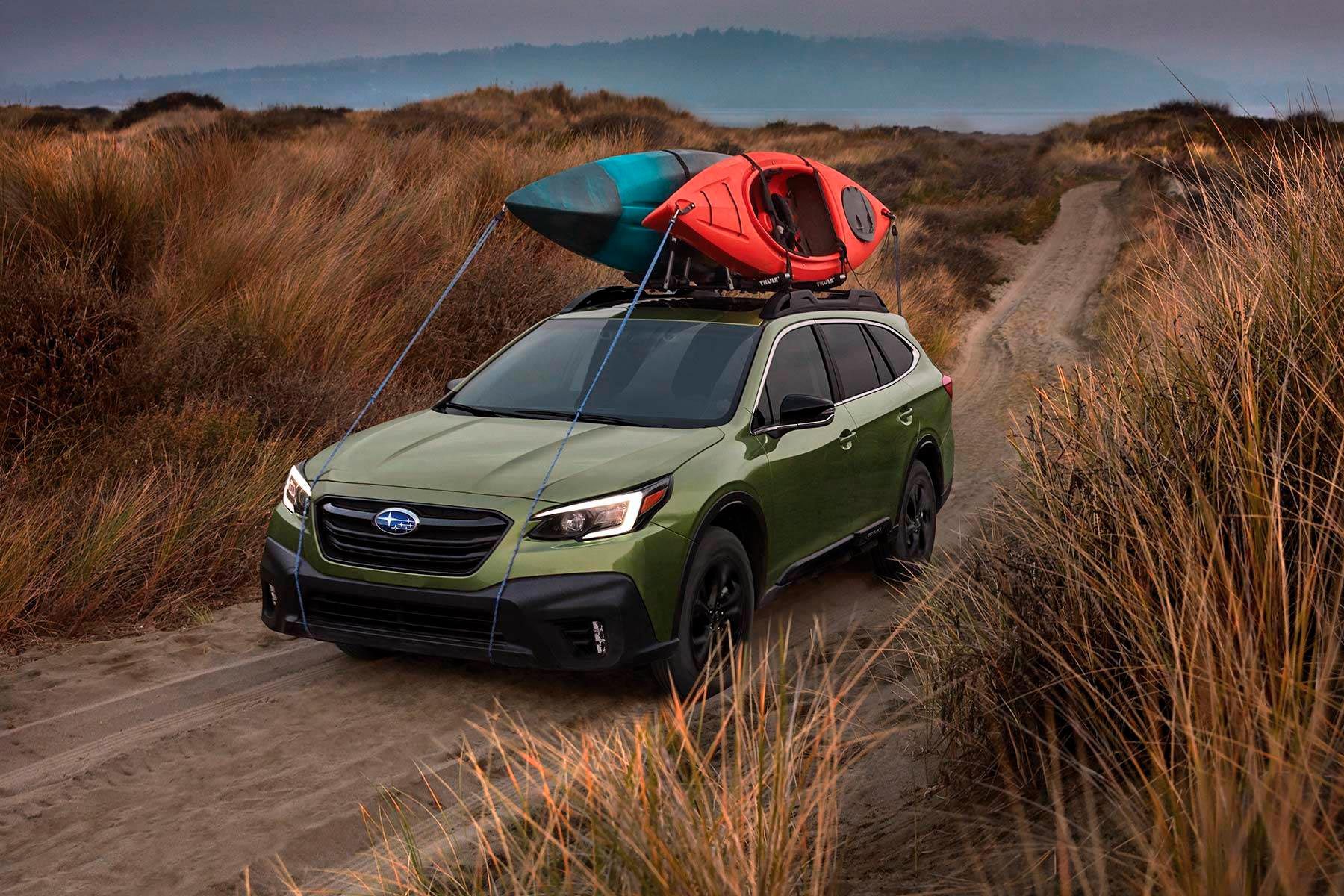 If you want an SUV that’s also a wagon, or if your weekends frequently include the unbeaten path (or dirt roads!), the Subaru Outback is the vehicle for you. It drives like a car, but comes with more ground clearance than most SUVs, and is priced in the $35-$45,000 range. All Outbacks feature all-wheel drive as standard and an extraordinarily comfortable ride as it’s designed to absorb the bumps and lumps of rugged off-road driving. This SUV looks good on the school run or covered in mud, and performs well for both, with room for all your passengers and their belongings too. Consumer Reports describes it as a “do-it-all vehicle with broad appeal.” Don’t miss these car-buying tips your dealer won’t tell you. 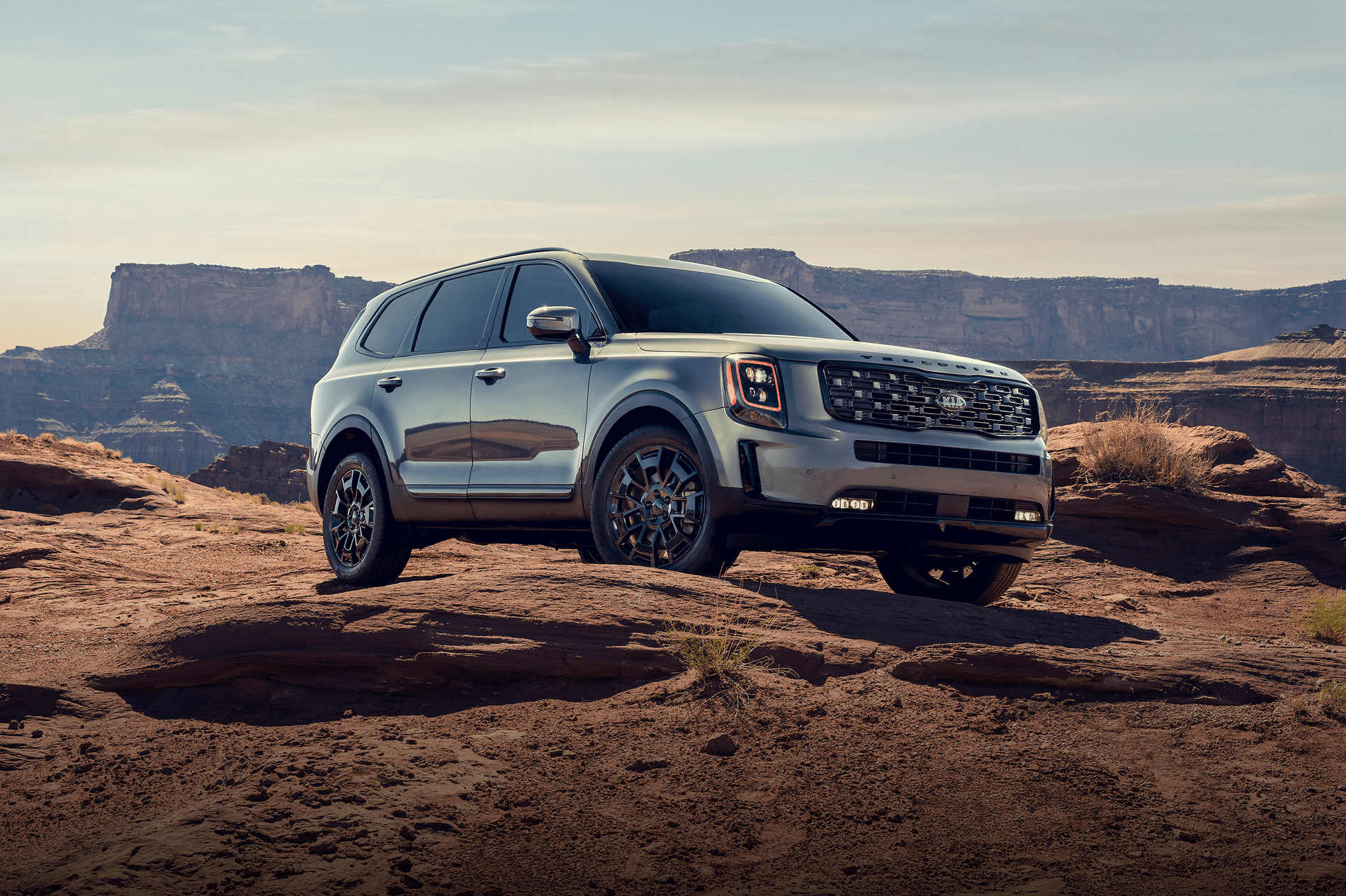 This mid-sized SUV features three rows of seating, and 2021 marks the Kia Telluride’s second year on the list of Top Picks. Consumer Reports states that it is “highly competent in nearly every way,” earning consistently high scores both in road tests and overall. With a quiet, spacious cabin and easy-to-use controls, the Telluride also affords the driver excellent visibility due to its upright design. If you want a great all-around, reasonably priced midsized SUV, you could not do much better than the $35-$45,000 Telluride. Watch out for these red flags you’re getting a terrible car deal. 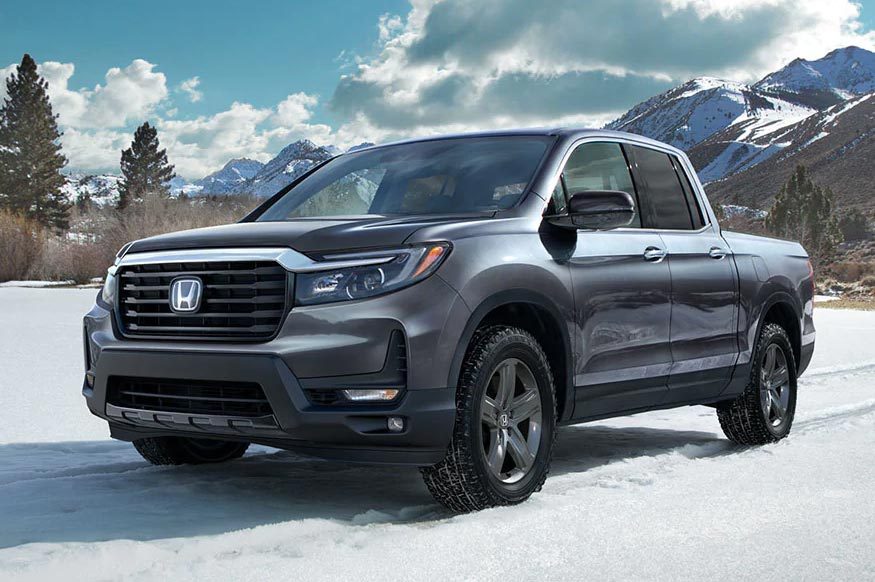 Americans love a pickup truck, but let’s face it: most of us don’t need a full-sized truck to commute to our desk jobs and haul our kids about on the weekends. Enter the perfectly-sized, yet powerful, Honda Ridgeline. It has all the benefits of a full-sized pickup—it can haul all your stuff and comfortably seats the whole family—but with the benefits of a compact truck, such as (relative) fuel efficiency of 20mpg that puts it ahead of every other non-hybrid or diesel truck. The Ridgeline also features a competitive price, as the 2021 model falls in the $35-$45,000 range. The sleek unibody look is matched by the clever design, such as the lined bed that swings open or folds down, and the lockable underbed storage box which pulls double duty as a cooler. These are the 22 cars with the best fuel economy (and five with the worst). 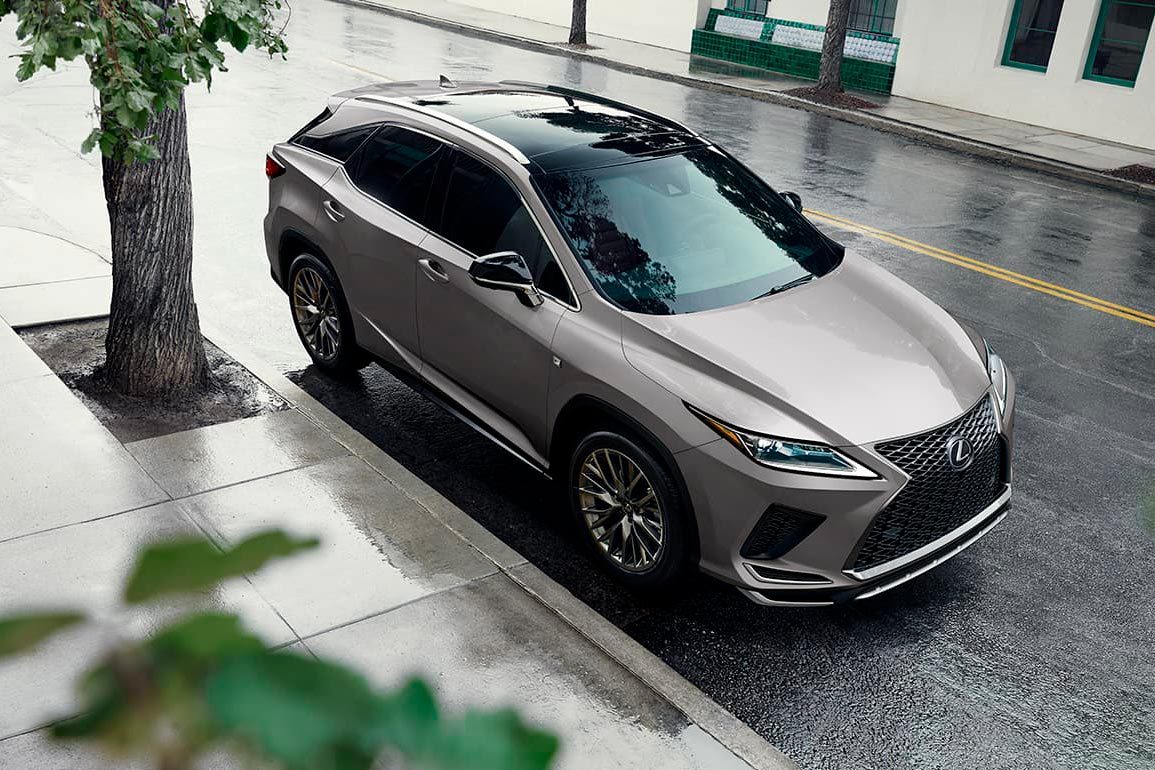 If you want your midsize SUV to feature a combination of luxury and reliability, the Lexus RX is the vehicle for you. Lexus is known for its comfortable ride and great performance, and the classy interior of this SUV continues its high standard. The 2021 version (priced between $45-$55,000) delivers 29mpg overall, excellent for its class. New features include blind-spot warning and rear cross-traffic warning as standard. The RX is also available in a longer version, which comes with a small third-row seat. Find out the 15 cars that owners keep the longest. 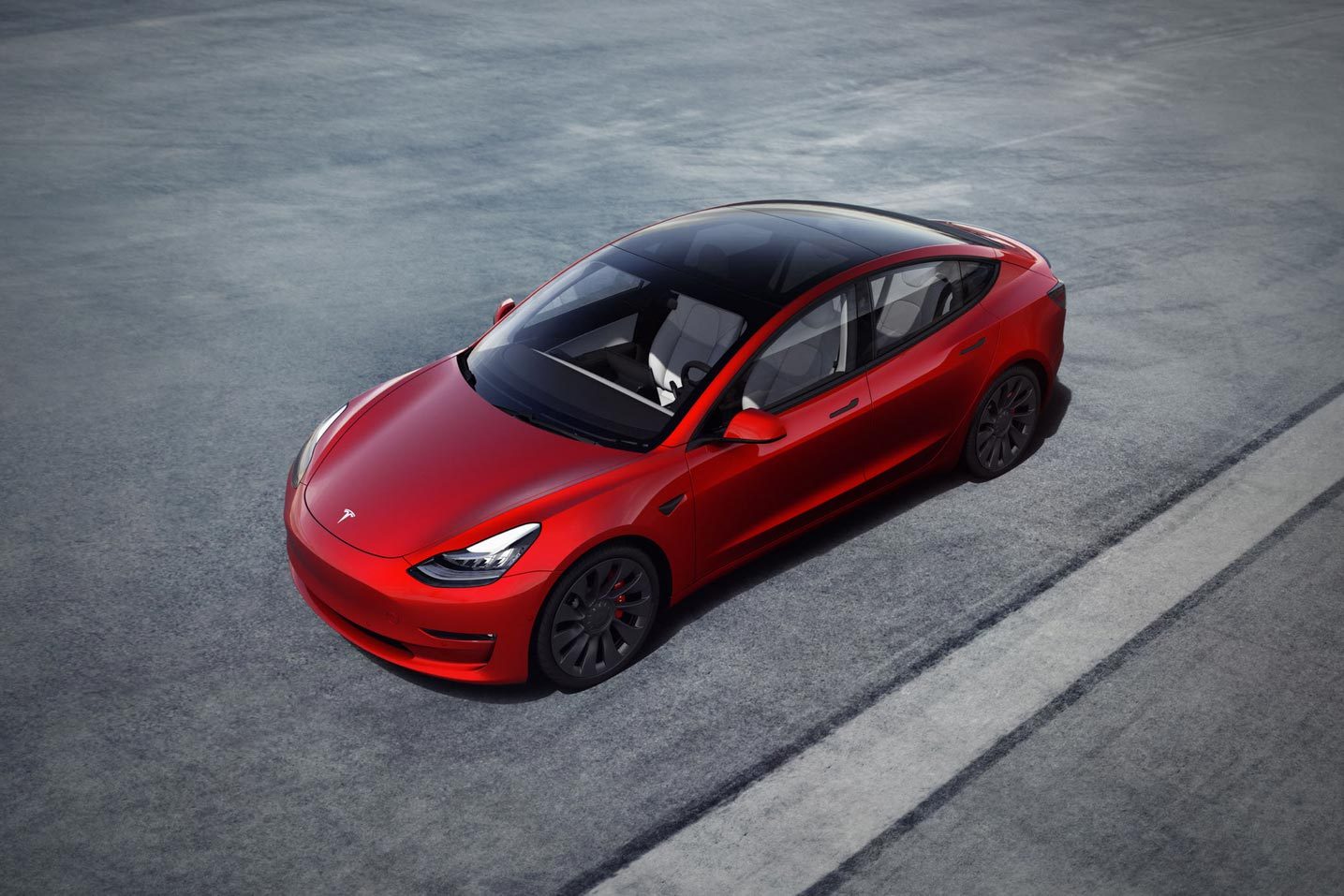 Tesla’s sales went up nearly 40 percent during 2020 and looking at the performance of this purely electric car, it’s easy to see why. Quiet yet speedy, the Tesla Model 3 features a comfortable yet minimalist cabin, with a huge, 15” touchscreen that is used for most controls. A benefit of this is that, much like your iPhone, Tesla is able to send software updates to add features to your car even years after you’ve purchased it. The Model 3 is priced between $45-$50,000. Model 3’s are able to charge relatively quickly, gaining about 44 miles of range per hour of charge when charging at home, or charging up to 80 percent in approximately 30 mins when charging at one of Tesla’s Supercharger Stations. As a fully electric car, the Model 3 earned Consumer Reports’ Green Choice designation for 2021. Next, discover the best cars for every road trip.