15 Fascinating Facts About Your Favorite Games

Who knew Super Mario was connected to Popeye? Or that Monopoly helped free Allied POWs? One expert sounds off on the game facts you never quite knew about.

During World War II, the Nazis did something un-Nazi-like: They let Allied prisoners of war play board games. The British government was even allowed to send its incarcerated soldiers a game or two. One of the games it sent? Monopoly. Inside the box? Tools for escape. Specifically, the British government, with the cooperation of the game’s publisher, hid real bank notes among the Monopoly money. Compasses, metal files, and a folded silk map—which was less likely to disintegrate than a paper one—were also concealed inside the box to help the POWs flee their captors. It worked; the soldiers escaped. You, on the other hand, have probably been playing Monopoly wrong your entire life.

Had Georgie Fletcher never signed on to play the mobile game Words With Friends, her husband, Simon, might be dead. Georgie, who lives in Australia, struck up a friendship via the game’s chat feature with frequent opponent Beth Legler from Missouri. One day, Georgie told Beth that Simon hadn’t been feeling well. Beth relayed his symptoms to her husband, Larry—who is a doctor. Larry insisted that the Fletchers go to the hospital immediately. It was good advice: Simon’s doctors discovered a 99 percent blockage near his heart, which, left untreated, would have certainly been fatal. (If you love games, these tic-tac-toe tricks will have you winning every time.)

It took Rubik a month to solve his cube

You’ve probably heard of Erno Rubik. But most people don’t know that he created the Rubik’s Cube by accident. A professor of architecture, Rubik built a twistable box with colorful rows of labels on each side to see if it was possible to design blocks that could move without causing the entire structure to collapse. After Rubik rotated a few rows and mixed up the colors, his challenge began: Realign the hues. It took him about a month to restore the cube to its pristine condition. Learn the 51 “facts” you’ve always believed that are actually false.

Tetris, the Nintendo Game Boy classic, might cure insomnia! In 2009, researchers determined that Tetris inhibited painful flashbacks when they exposed three groups of people to a 21-minute video showing traumatic events. Members of the group that played Tetris for ten minutes post-viewing had fewer flashbacks about the events in the video than those in the other groups who were asked to either do nothing or take a quiz. Why? Because playing the game engages a part of the brain responsible for storing memories. Try your hand at Tetris up to six hours after a traumatic event for fewer nightmares.

Aerosmith is a world-famous rock band and, apparently, a gamer’s guilty pleasure. In 2008, the video-game publisher Activision created Guitar Hero: Aerosmith, which featured the band’s songs. By April 2010, the game had sold well over three million copies worldwide. Following the game’s release, sales of the band’s music rose as much as 40 percent, per Billboard. Activision’s CEO went one step further when he purportedly said that Guitar Hero: Aerosmith brought in more revenue than any of the band’s albums—ever.

The next time a scourge sweeps the nation, look no further than your Xbox. In 2005, the makers of World of Warcraft released a new character for their top-selling online role-playing game—a bad guy named Hakkar. He controlled a dungeon and cast a spell that created a highly contagious disease in anyone who dared challenge him. Suddenly, the disease began to spread among players. Many died (may they rest in peace). The plus side? Real-world epidemiologists heard about this phenomenon and now have a set of observations that show exactly how people helped or inhibited the spread of the disease. Researchers are using that data to try to create models to limit the spread of actual diseases. Here are some more weird facts most people don’t know.

Angry Birds poked fun at our fears of swine flu

When Rovio launched the Angry Birds app, consumers were empowered to take action (albeit subconsciously) against some scary news of the time. According to Ville Heijari, former SVP of brand marketing, the game’s villainous, sniveling pigs were inspired by the then-rampant swine flu epidemic, a health crisis that was causing great alarm in the United States. Did you know? You can play games on RD.com!

Nintendo made Mario by accident

Unable to get licensing rights to a Popeye game, Nintendo created a Bluto-like character named Donkey Kong, and Popeye turned into Jumpman. When the game hit America, the Nintendo team changed Jumpman’s name to Mario (as in Super Mario) after the company’s warehouse landlord at the time. Mario is a video game classic, but how many of these classic board games you should own are on your shelf?

For over 25 years, McDonald’s has run a Monopoly-branded promotion, in which each of its products has a game piece that corresponds to a square on the classic Monopoly board. Collect both Park Place and Boardwalk, and you’ll end up $1 million richer—like St. Jude’s Children’s Research Hospital did in 1995. But that year, the winning pieces were actually stolen (possibly by a McDonald’s marketing rep) and donated to the hospital—technically invalidating the game. When McDonald’s found out years later, after already paying up, it let the hospital keep the money. McDonald’s has one of the most recent iterations of the game Monopoly, but do you know what the first-ever Monopoly board game looked like?

A deck of cards can outdo outer space

The number of permutations within a deck of cards is mind-bogglingly large: 8 x 1067 (or an 8 with 67 zeroes after it). That means there are more card combinations than stars in the Milky Way, which amount to as many as 400 billion. If that’s blowing your mind a bit, you might want to try out Uno instead. If you do, be sure you know this crazy UNO rule most people have never heard of!

Doctors who perform laparoscopic surgery—which involves inserting a tiny camera into a patient’s body through a small incision—have better coordination if they play video games at least three hours per week. According to a 2003 study, gamer surgeons made 37 percent fewer errors and worked 27 percent faster than those whose only “video game” experience was the surgery itself.

What we now know as the beloved Mr. Potato Head used to be a vegetable-agnostic dress-up toy. The original version consisted only of legs, arms, a few sets of eyes, a mustache (of course), and a corncob pipe. A player, however, had to provide the potato, or, as the box said, “any fruit or vegetable.”

It was Mr. Green, in the conservatory, with the lead pipe. But only in America! In the British version of the board game Clue, which made its U.K. debut in 1948, Mr. Green was Rev. Green. But when Parker Brothers produced the game for American consumers, it changed the reverend to a businessman. The concern: Americans would not take kindly to having a murderous man of the cloth. A businessman, the game makers reasoned, can’t be trusted! Here’s some more random trivia you’ll that might help you on your next game night. 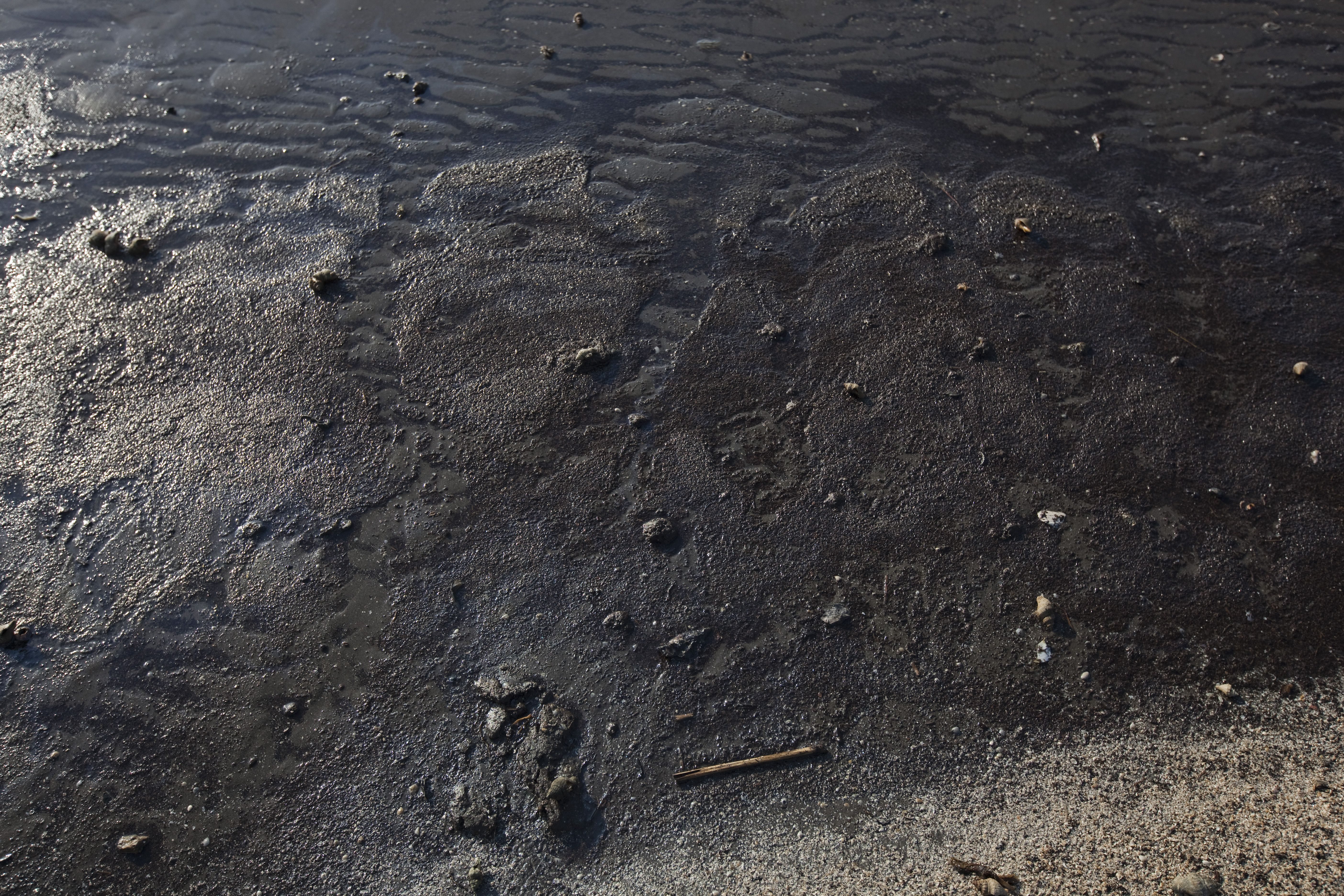 One board game foreshadowed a freak accident

This coincidence is a doozy: On April 20, 2010, BP’s Deepwater Horizon oil rig exploded in the Gulf of Mexico, killing 11 people and costing the company over $40 billion in fines and cleanup costs. Bizarrely, in 1973, the company had released a board game titled BP Offshore Oil Strike, in which players navigated the “thrills of drilling, the hazards, and the rewards” as each raced to be the first person to collect $120 million in revenue from his rig. And yes, the fantasy rig could explode, just like it did in real life some 37 years later.

Playtime became a bit more precious in South Korea after the “shutdown law” went into effect in 2011. The law made it illegal for children 16 and younger to play video games from midnight until 6 a.m. To enforce this rule, the country’s online gaming websites block children in that age group from accessing their sites during the blackout period. That’s one way to get your kids to bed on time! Hungry for more? Check out these 100 interesting facts about basically everything.