13 Hispanic Women Who Changed the World

Whether they broken records, new ground, or both, the following Hispanic women changed the course of history with their talents, smarts, and determination. As a result, they've inspired many and opened doors for those who follow in their footsteps. 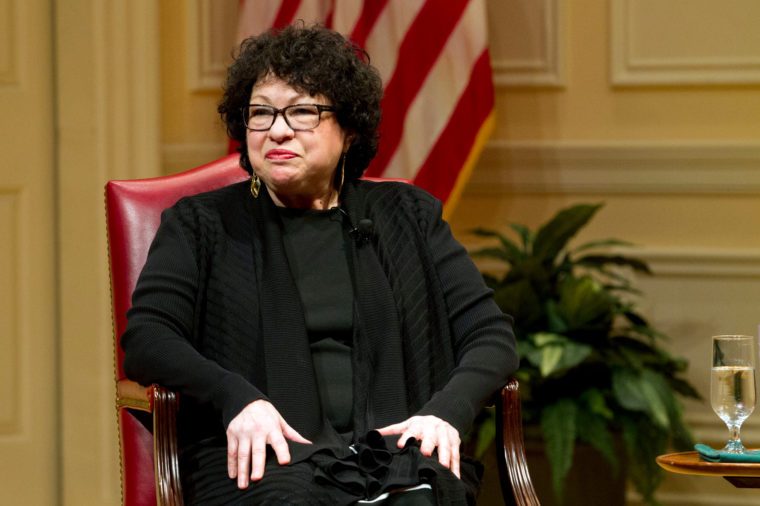 Born in the Bronx, New York to an alcoholic father who died in his 40s, Sonia Sotomayor grew up in the projects but went on to earn a scholarship to Princeton University and eventually earned her law degree from Yale University. Working tirelessly on behalf of criminal justice reform and women’s rights, she was appointed by President George H.W. Bush to a U.S. District Court Judge position. By 1997 she was elevated to the U.S. Court of Appeals for the Second Circuit by President Bill Clinton. She made history again when President Barrack Obama nominated her to the Supreme Court in 2009, becoming the first Latina ever to serve on the highest court in the land. These are 11 of our favorite quotes from female U.S. Supreme Court Justices. 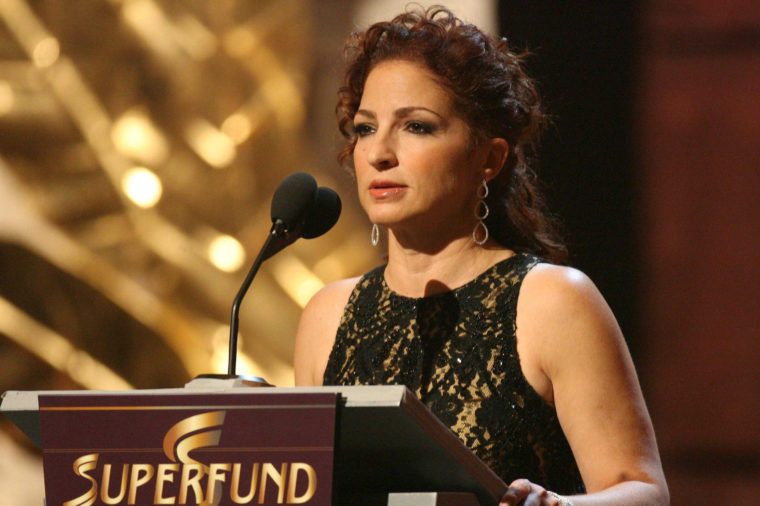 After fleeing her beloved homeland of Cuba during Fidel Castro’s revolution, Gloria Estefan emigrated with her family to Miami, where by her late teens she was singing in a band put together by local band manager Emilio Estefan. The pair eventually married and the group known as Miami Sound Machine slowly rose to stardom with the songs “Dr. Beat” and “Conga.” The latter became the first single to crack Billboard’s pop, dance, black, and Latin charts simultaneously. Soon after they became known as Gloria Estefan and The Miami Sound Machine until eventually her name alone could sell out stadiums worldwide. Estefan earned several top ten hits over the next two decades, but in 1990 a bus accident left her nearly paralyzed. She defied the odds and made a major comeback, releasing several more successful albums and embarking on more world tours. She and her husband debuted On Your Feet!, a Broadway musical about her life, to critical acclaim in 2015. That same year, she was honored for her contributions to music and Latin American culture with the Presidential Medal of Freedom. She is considered one of the most successful crossover artists of all time. 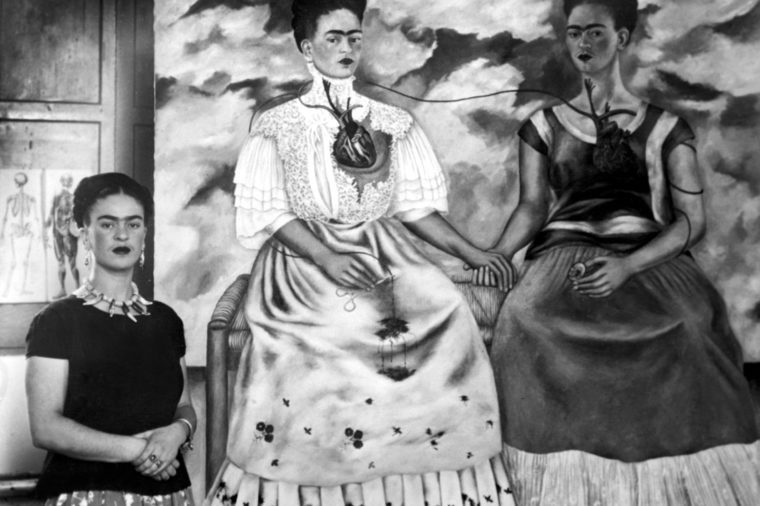 This feminist icon and Mexican artist was known for her iconic folk art that depicted female strength in all its forms. Rather than live in the shadow of her more famous husband, Mexican artist Diego Rivera, Frida Kahlo became a world-class artist in her own right. A bus accident left her bedridden for many years but she eventually emerged and by the late 1930s and ’40s, the Louvre in Paris purchased one of Kahlo’s surrealist paintings, The Frame, making her the first Mexican artist to be featured in the renowned collection. She went on to participate in many exhibitions throughout the United States and Mexico, becoming known for surrealist work that often combined pre-Columbian and Catholic beliefs. A proud communist, she and Rivera were also known for their political activism. In 2002 Mexican actress Salma Hayek produced and starred in an Oscar-winning movie Frida about Kahlo’s life. Today her body of work is celebrated for its raw, realistic portrayal of Mexican traditions as well as by feminists for what they feel is her uncompromising depictions of women. 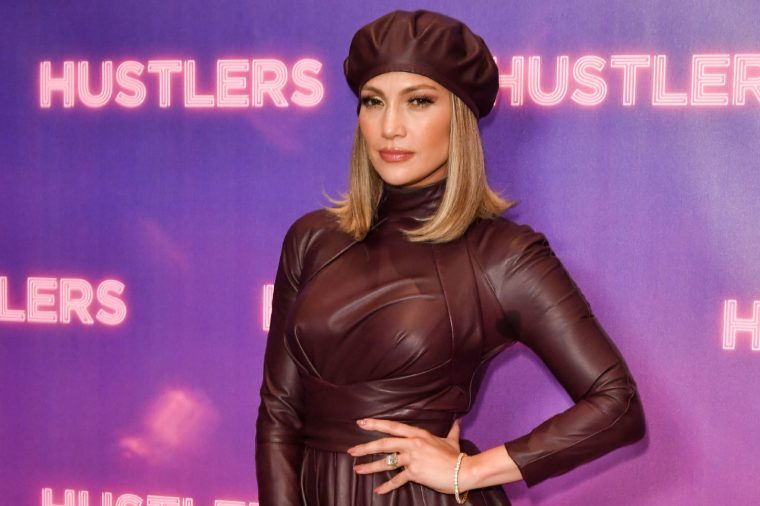 With a start as a dancer on In Living Color, Jennifer Lopez was originally dismissed as yet another pop star until she starred in Selena, a movie about the slain Mexican pop star. Not long after she became known as Hollywood’s most formidable triple threat: an award-winning actress and singer with several #1 films and singles to her name, and a dancer who can sell out stadiums on tour. In 2001 she became the first actress to have a number one album, J. Lo, and a #1 movie, The Wedding Planner, in the same week. She’s become a fashion icon, too, known for being among the first women in Hollywood to embrace her curves and body type. Her most recent credits include producing and starring in American Idol, World of Dance, and Shades of Blue. In 2019, Lopez turned 50 and launched the sold-out “It’s My Party” tour looking better than ever with a career as red hot as ever, proving that age is really just a number. 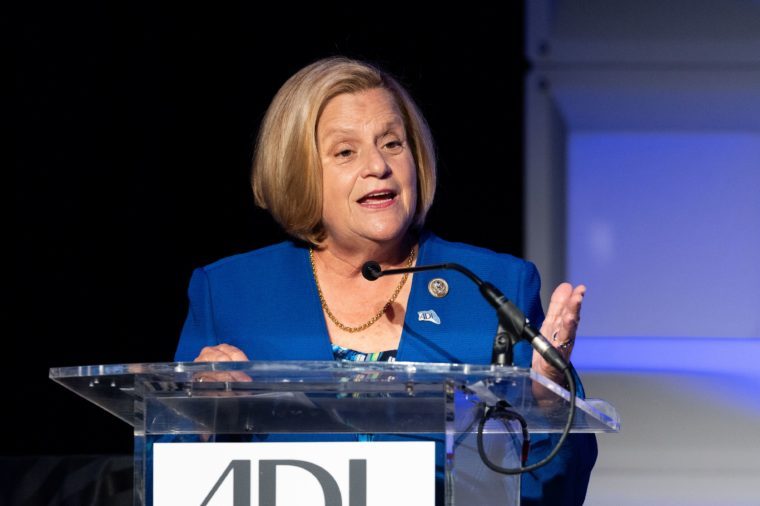 After escaping Fidel Castro’s regime and emigrating to the United States from Cuba at age eight, Ileana Ros-Lehtinen went on to earn a bachelor’s and master’s degree from Florida International University in Miami. In the early 1980s, she was the first Latina elected to the Florida House of Representatives, then went on to serve in the state senate. By 1989 she was the first Latina and the first Cuban-American to serve in the United States Congress. Her groundbreaking streak continued when in 2011 she became the first female to manage the Committee of Foreign Affairs (or any other standing committee, for that matter). By the time she retired in 2017, her legacy as a moderate Republican included being the first in her party to support gay marriage. To this day she is considered one of the most bipartisan politicians to ever hold office. 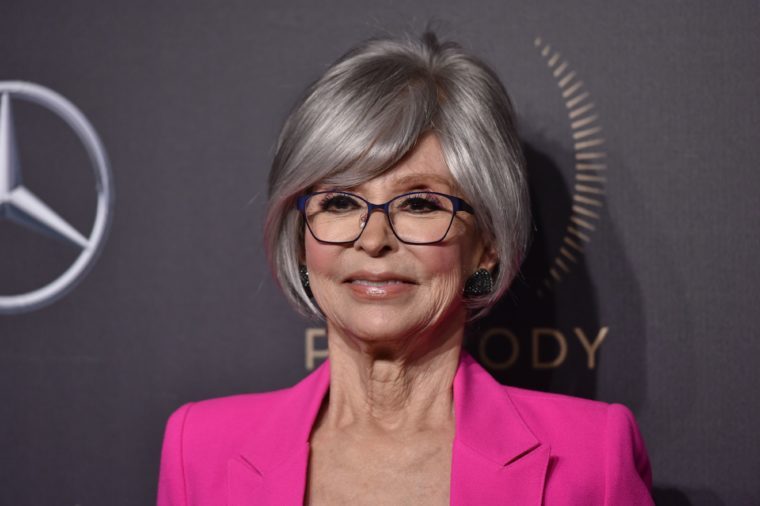 This Puerto Rican actress burst onto the scene in the 1950s and ’60s in iconic films such as The King and I and West Side Story (the latter is widely considered one of the best movie musicals of all time.) Rita Moreno went on to wow audiences for decades after that on-screen and stage. Some of her most memorable performances include HBO’s award-winning Oz. She is the first Latina to ever earn a Peabody, an Emmy, a Grammy, an Oscar, and a Tony award making her the third ever PEGOT winner. 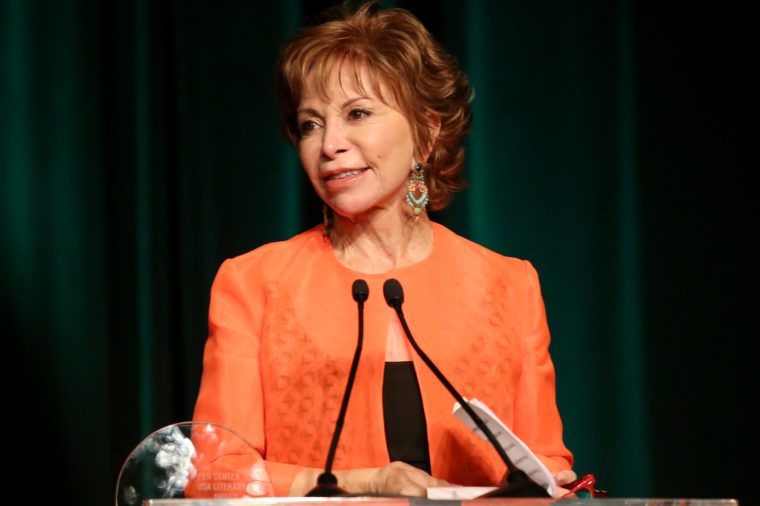 This Peruvian powerhouse has been called “the world’s most widely read Spanish-language author.” Her 20 books have been translated into more than 35 languages and sold more than 67 million copies. She is perhaps best known for her historical works The House of Spirits and City of Beasts. But all of Isabel Allende’s stories focus on powerful women with mythical flair as she is known to draw often from her family’s own experiences. Her godfather was Chilean president Salvador Allende, who was overthrown in a military coup in 1973. She became active in aiding victims of the repression and brutality of General Augusto Pinochet’s regime, eventually fleeing her country in 1975 to live in exile for 13 years. Perhaps her most heart-wrenching story is her own, The Sum of Our Days: A Memoir, about her life following the death of her daughter at age 28. She was awarded the Presidential Medal of Freedom in 2014 by President Barack Obama and earned an honorary degree from Harvard that same year. Don’t miss these 13 gripping memoirs by women who overcame the impossible. 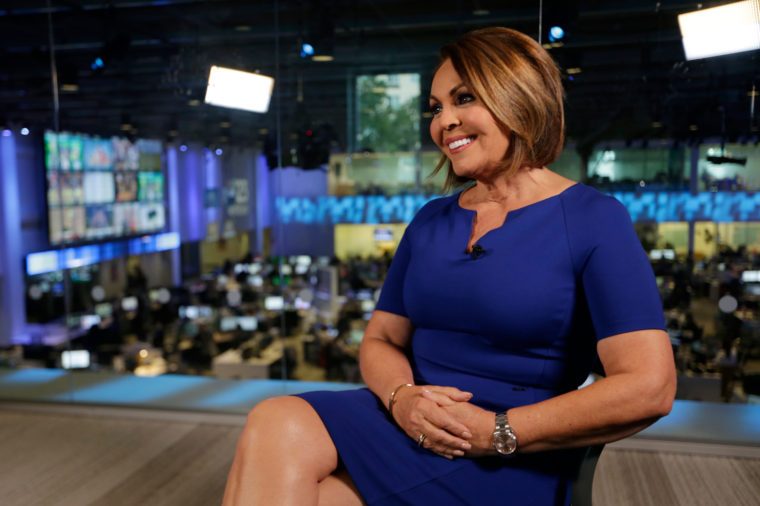 A Mexican journalist, Maria Elena Salinas was the longest-running female news anchor on U.S. television and the first Latina to receive a Lifetime Achievement Emmy. She works tirelessly to increase Latino voter registration and has dedicated her career to shedding light on issues affecting Latinos, most recently unaccompanied child migration. She has been called the “Voice of Hispanic America” by the New York Times. 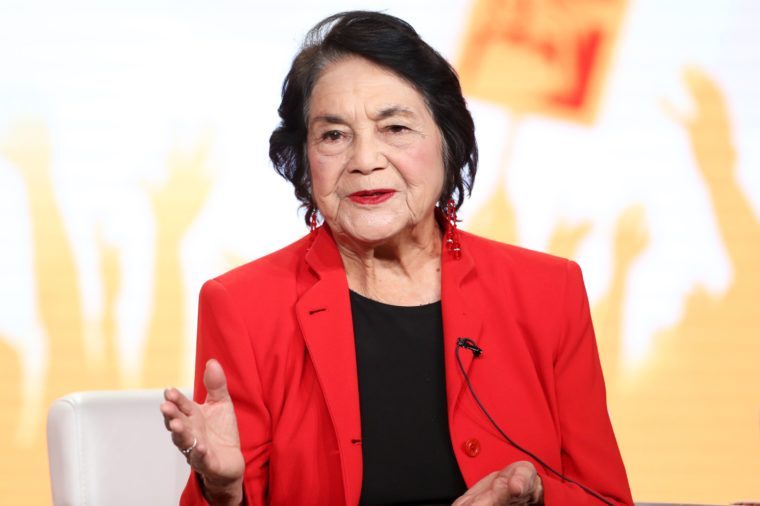 This Mexican labor leader co-founded the National Farmworkers Association, which eventually became the United Farm Workers (UFW), to help farmers understand their rights and how to protect them. Dolores Huerta’s work as a civil rights activist and an advocate for immigrant and women’s rights earned her the Eleanor Roosevelt Award for Human Rights and the Presidential Medal of Freedom. She will go down in history as one of the female pioneers who saved the world. 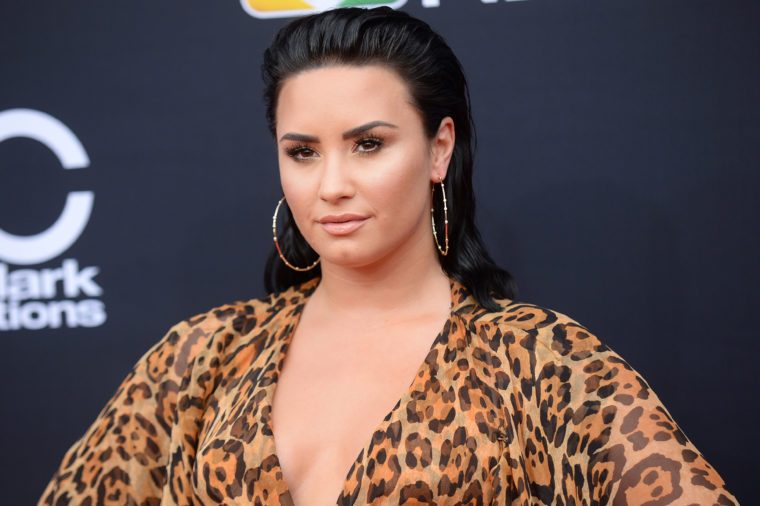 A former Disney starlet, Demi Lovato became a major pop star whose raw honesty about her struggles with depression, bulimia, bipolar disorder, and addiction, has inspired millions. The Mexican-American singer is credited with breaking some of the stigmas behind mental illness, especially in Latin American cultures. In 2017, she released a YouTube documentary Demi Lovato: Simply Complicated, admitting she still struggled with addiction. Her openness about her experiences has paved the way for others to discuss mental illness and potentially seek help. 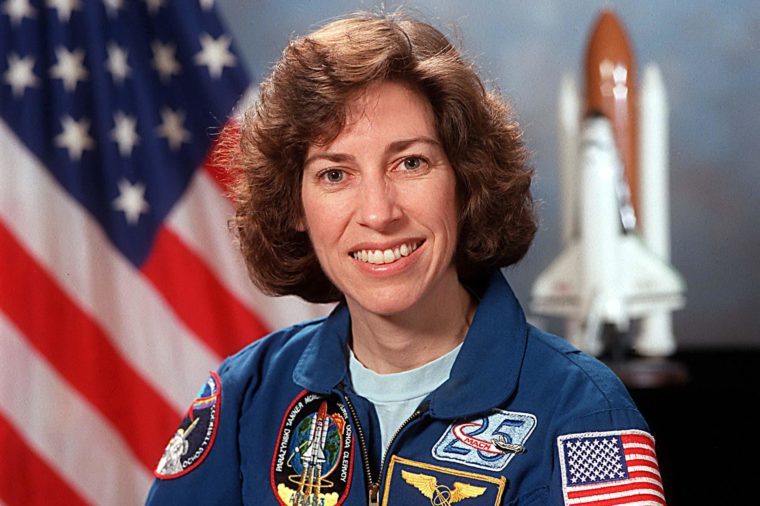 Being in the first woman in space is one thing, being the first Hispanic woman is another. Armed with masters and doctorate degrees from Stanford University, Ellen Ochoa, a Mexican American, worked as a NASA researcher before becoming the first Hispanic women in space in 1993, serving a nine-day mission upon the space shuttle Discovery. The engineer and astronaut eventually became the Director of the Johnson Space Center and in 2017 she was inducted into the U.S. Astronauts Hall of Fame. 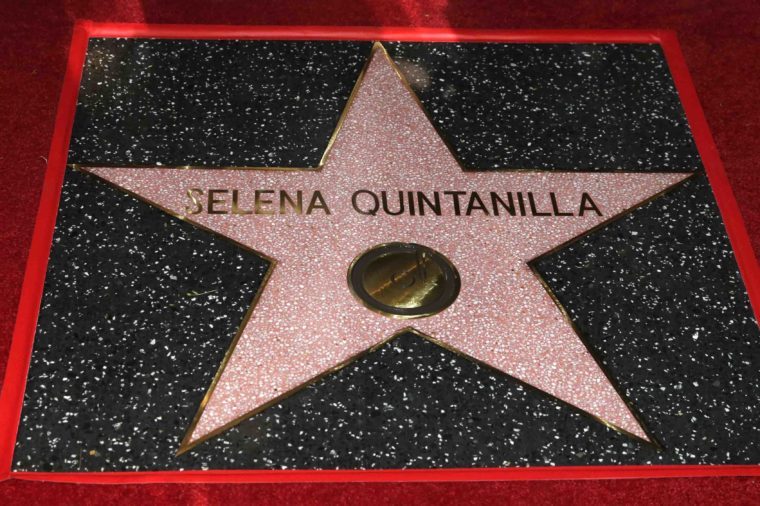 The Queen of Tejano music, Selena Quintanilla’s impact on music has made her one of the most celebrated Mexican-American musicians of all time. In 1994, she became the first female Tejano artist to win a Grammy, prompting Billboard magazine to later name her the top-selling Latin artist of the decade. Her life was tragically cut short at 24 years old in 1995 when she was shot and killed by an employee. Two years later Jennifer Lopez starred in the film about her life, Selena, which went on to enjoy both critical and commercial success. A 2016 posthumous collaboration with MAC Cosmetics became the best-selling celebrity collection in cosmetics history, and a Nextflix series based on her life is in development and set to debut in 2020. 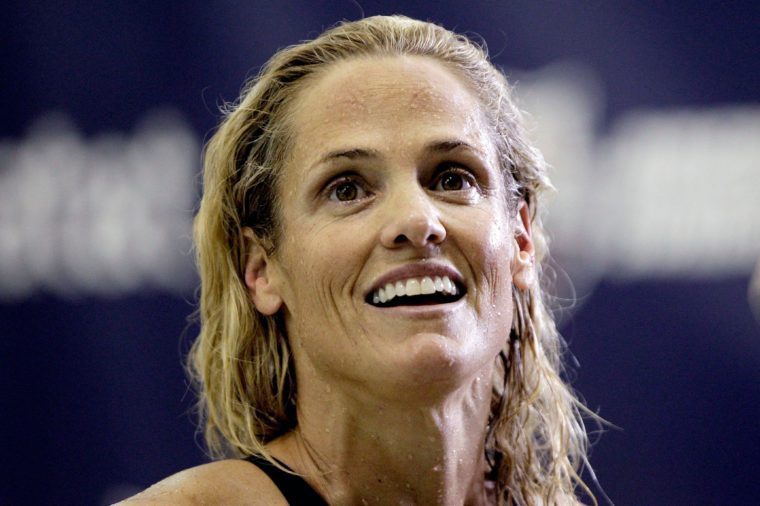 Growing up in Los Angels, Dara Torres began swimming at age 8 at her local YMCA. By high school, she was breaking records, a streak that would follow her through college at the University of Florida and all the way to the Olympic Games. With 12 Olympic medals, four of them gold, Torres is the only swimmer to represent the United States in five Olympic games and holds the record for being the oldest member on a U.S. swim team, earning her the nickname “the comeback queen” (at her last games in 2012, she was 45). Her memoir, Age is Just a Number: Achieve Your Dreams at Any Stage in Your Life, is a top-selling business book that catapulted her post-swimming career as a motivational speaker. Read on for more stories of amazing women that you didn’t learn about in history class.