10 Silent Signs Your House Has a Major Electrical Problem

Popping or crackling in an outlet. The sudden hush of appliances as a breaker pops. These sounds can indicate a problem with your electrical system, but did you know there are signs to watch out for that are less noisy yet just as serious? 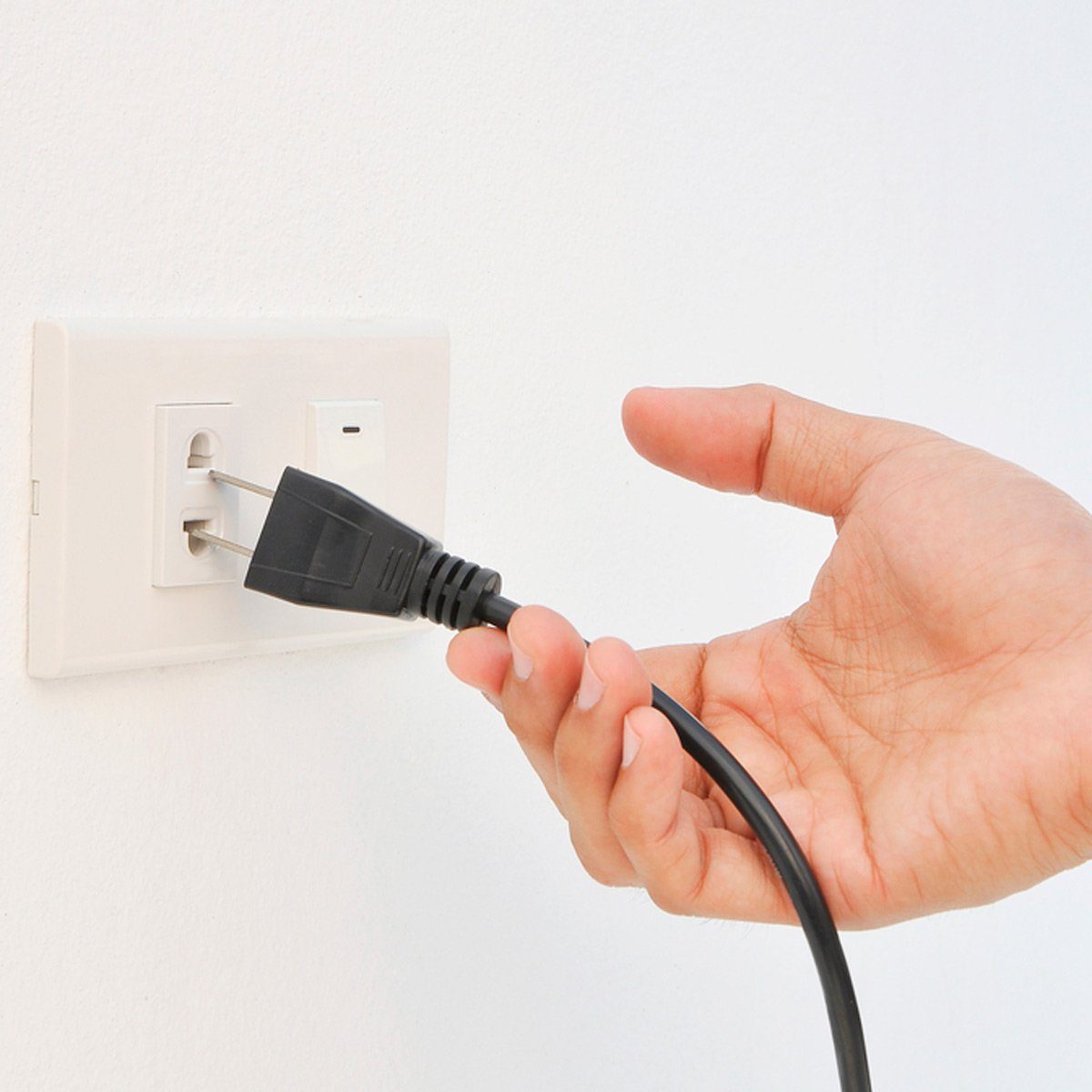 Many electrical appliances generate heat during operation. However, the outlet itself should never get hot. If you notice heat at an outlet, immediately unplug any cords and do not use the outlet until you can troubleshoot the issue. Switch cover plates should be treated in the same way, with one exception: Dimmer switches commonly get warm to the touch because they are dissipating the excess electrical energy in order to create the dimming effect. However, even dimmer switch cover plates should never be uncomfortably hot to the touch. Excess heat is why you should always check the wattage before you install a dimmer switch. 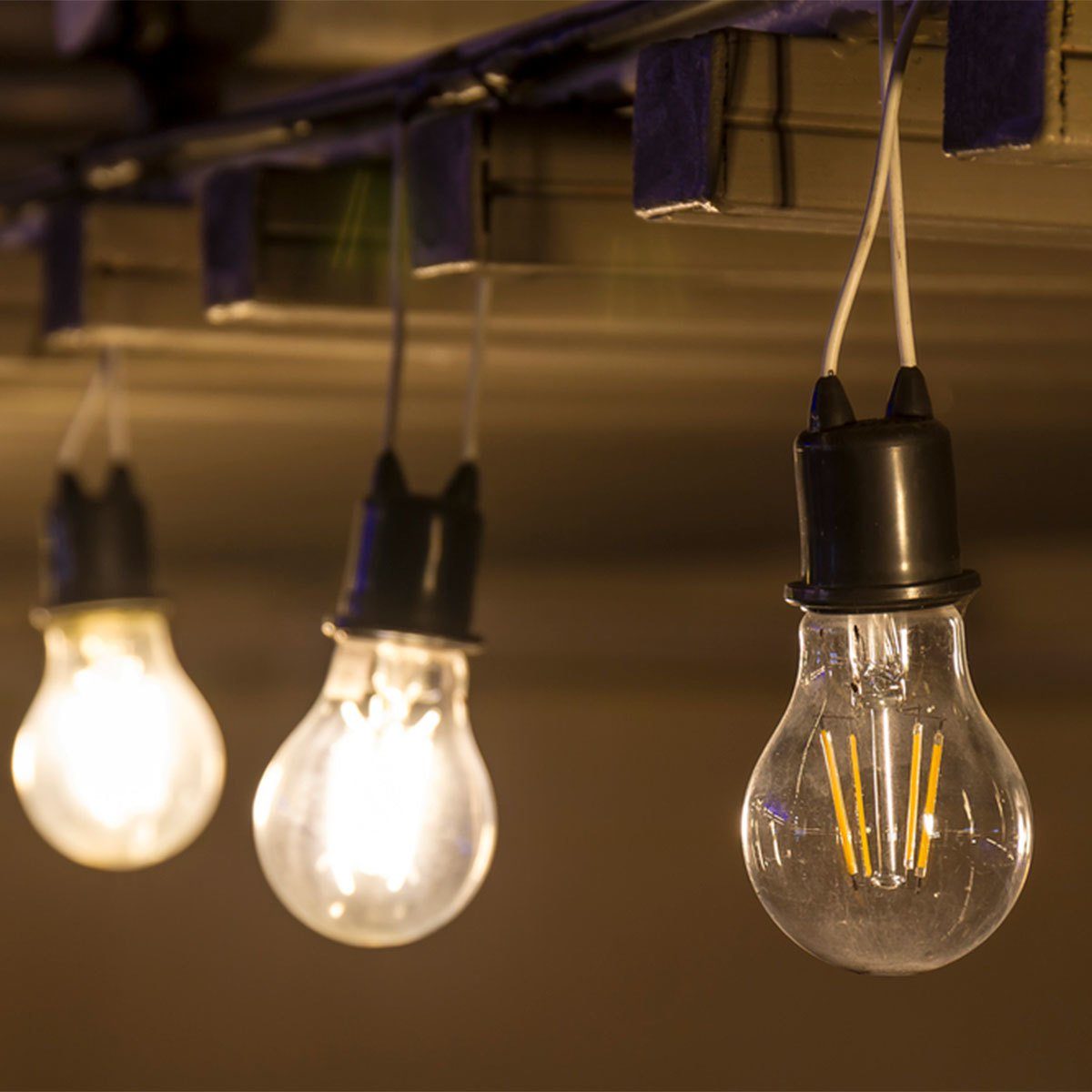 Sure, Hollywood movies would have us believe flickering house lights are a sure sign of ghostly visitors. But it’s much more likely there is a loose electrical connection. If the flickering is contained to a single light fixture, the fix is usually fairly straightforward. If it’s affecting multiple lights or rooms, then the problem is likely farther back in the circuit. If it’s the whole house that flickers, the problem may lie in the breaker box or at the utility drop outside your home. In that case, your best bet is to contact a licensed electrician to handle the troubleshooting for you. Don’t miss these vital home maintenance tasks you should never overlook.

In the late ’60s and early ’70s, high copper prices led home builders to run electrical service using single-strand aluminum wire. Laboratory tests had shown that aluminum wire was a suitable replacement for copper, so it seemed like a good way to keep costs low. The problem was that exposed aluminum oxidizes far more rapidly than copper, building up heat and leading to fire risks. In perfectly controlled laboratory conditions this wasn’t an issue, but in the imperfect, real-world environment of your home, aluminum wiring (especially in branch circuits) is a fire hazard. As a result, aluminum is no longer used for residential branch-circuit wiring, and the U.S. Consumer Product Safety Commission (CPSC) has found that homes with aluminum wiring may be up to 55 times more likely to suffer fire damage. There are a few different ways to address existing aluminum wiring, from using specialized connectors to a complete home rewire. If you suspect your home has aluminum wiring, it’s worth a call to a licensed electrician to discuss options. Find out the 35 things every homeowner needs to know ASAP. 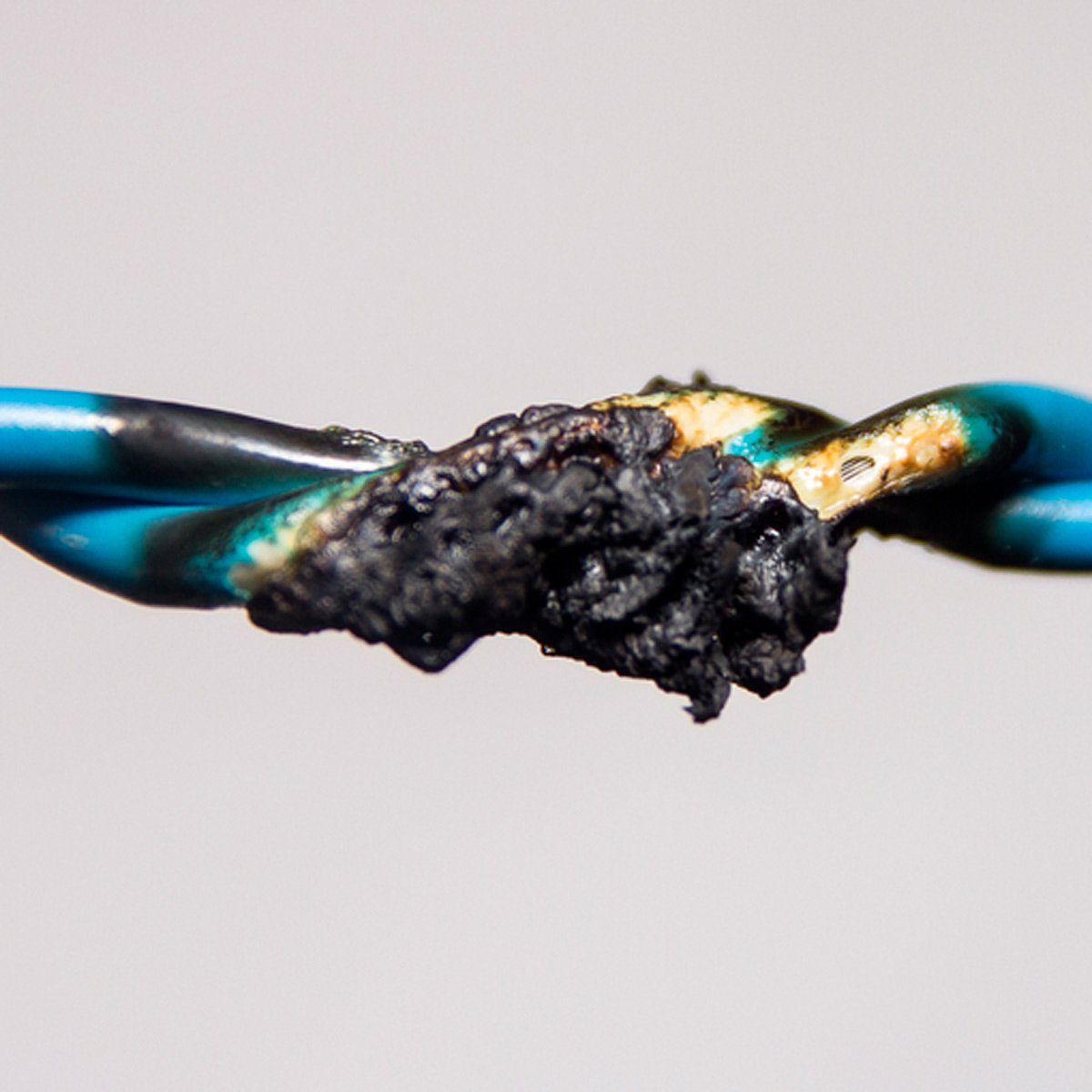 It’s probably no surprise that the smell of something burning should be an immediate warning sign! If the wiring in your electrical system is heating up enough to melt its plastic sheathing, then you’re facing an imminent risk of fire, and you need to take immediate action. Try to identify the source of the issue—whether it’s limited to one fixture or is a problem at the breaker box—and get it resolved quickly. Family Handyman has troubleshooting guides for everything from outlets to lamps that aren’t functioning properly. But if you’re not completely comfortable with a DIY fix, reach out to a pro ASAP! 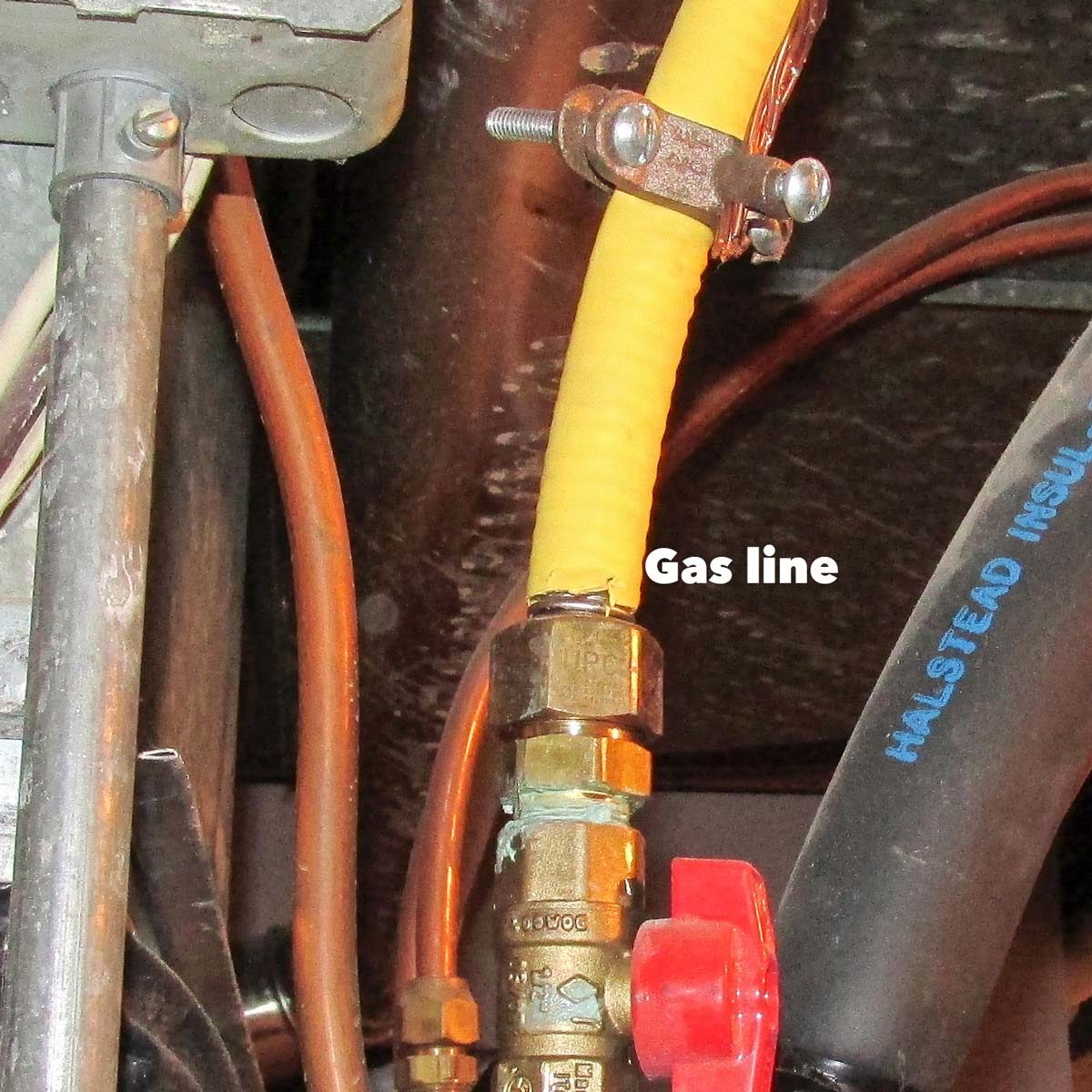 Corrugated stainless steel tubing (CSST) or “flex line” is a popular choice to supply gas throughout your home. But it’s important that it is properly grounded to avoid disastrous blowouts. An electrical surge (most often in the case of a lightning strike on or near your property) can potentially rupture the corrugated tubing, leading to a gas leak or explosion. It’s important to note that this photo shows an improperly grounded CSST line. As explained in Family Handyman‘s “What’s Wrong with This Picture?” feature, the clamp could potentially pierce the line, while the sheathing acts as a barrier, defeating the purpose of the grounding. Find out about 16 things all smart homeowners do once a year. 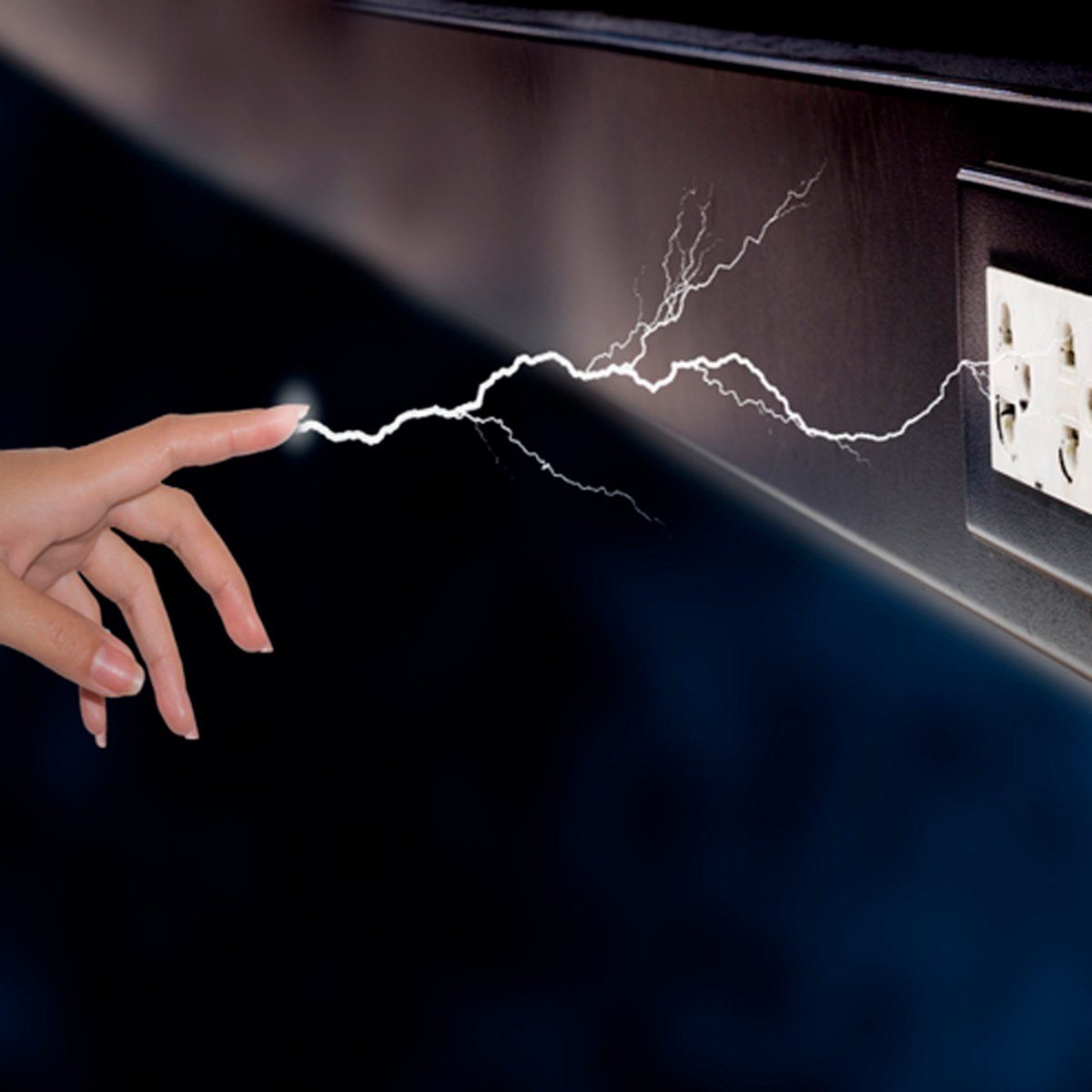 While we’re talking about grounding electrical systems, it’s worth noting that you may have grounding issues on a wider scale than just your gas line. If you touch a metal object connected to your home’s mechanical system and receive a shock, it’s a strong sign that your electrical system is not properly grounded. This certainly goes for electrical fixtures, such as lamps or ceiling fans, but also things such as water lines or furnace ductwork. Don’t confuse these shocks with static electricity pops, which are much smaller and shouldn’t be concerning. If your electrical service is ungrounded but has three-prong receptacles, then appliances which need to be grounded won’t be. Ungrounded three-prong plugs are a top-ten electrical mistake. 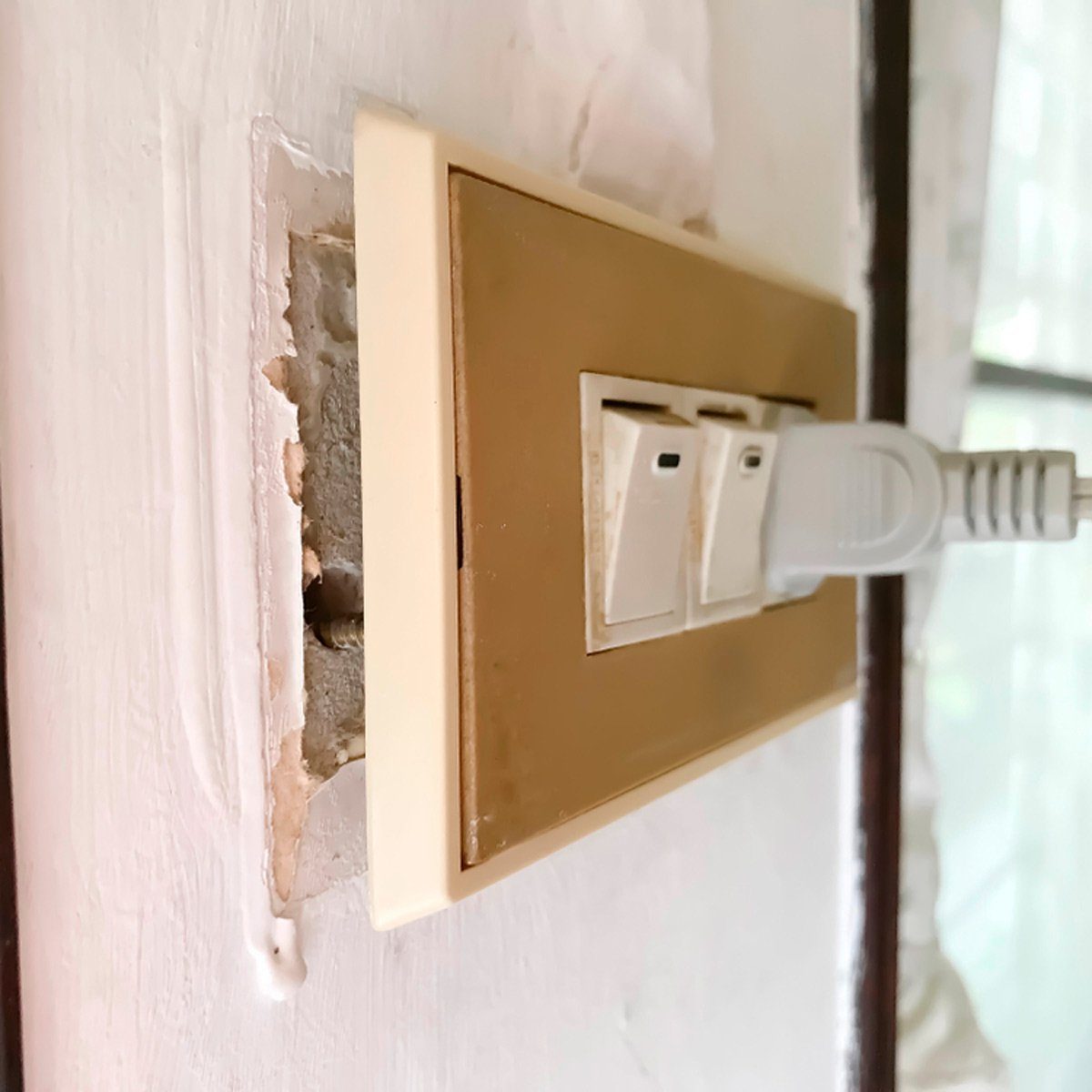 If you plug a cord into an outlet and notice that the insides of the outlet are moving around, it’s time to pop open that outlet and get it squared away. A loose outlet will eventually shake its wires free, and that leads to shorts, sparks, and potential fire hazards. Luckily, this serious problem has a relatively easy fix. Here’s how to secure outlets quickly and safely. 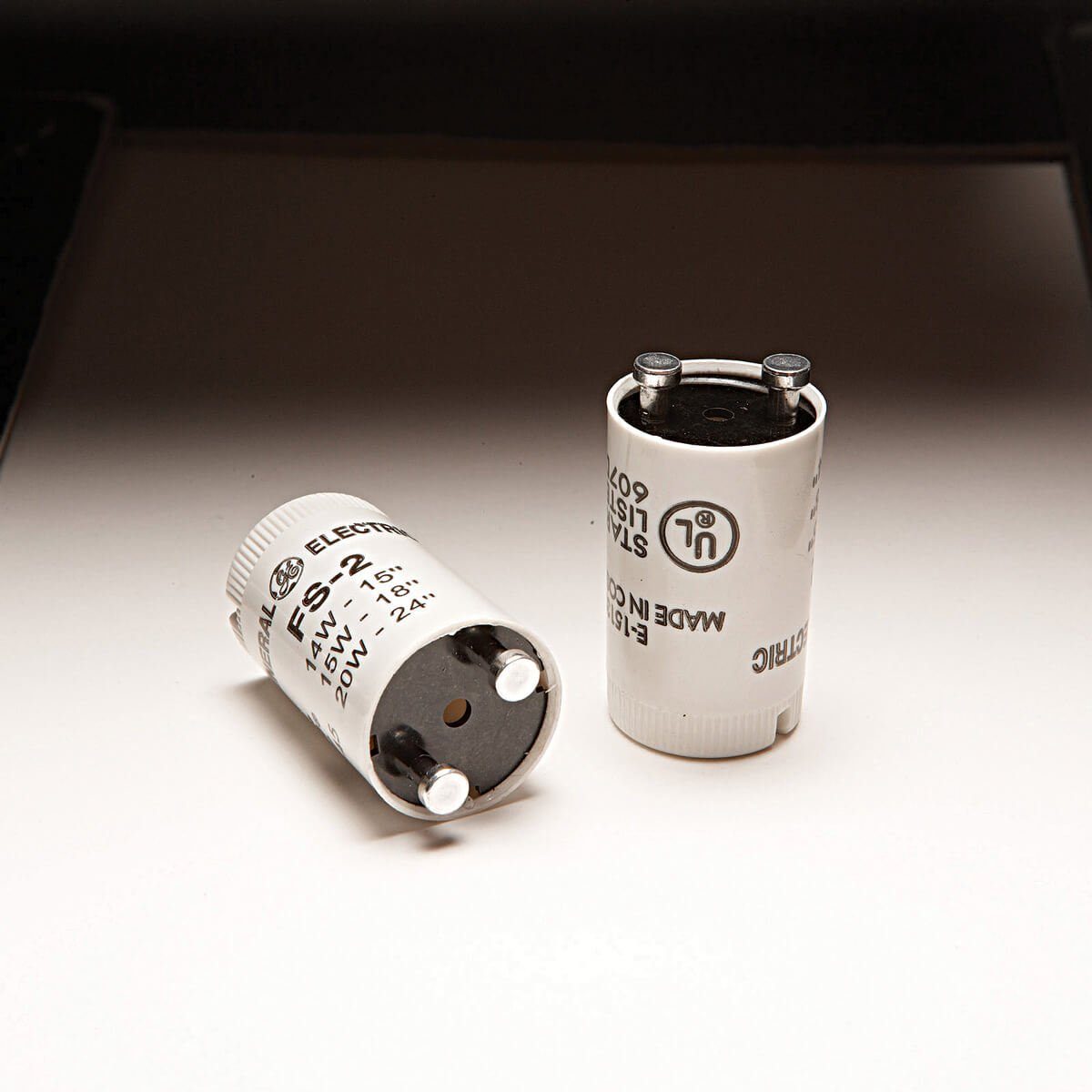 Underwriters Laboratory is an organization dedicated to ensuring that products meet minimum safety standards. Items ranging from extension cords to smoke detectors carry a UL sticker, indicating that the device and its manufacturing facility have passed inspection. Unfortunately, some manufacturers step around UL inspection by using counterfeit labels. If you’re buying cheap electrical devices, give that sticker a second glance, and look for typos or other signs that seem off to you. (See this UL guide to spotting fakes for more info.) If a manufacturer is avoiding UL inspection, it’s probably because it knows its goods fail to meet basic standards. This is why DIY instructions on Family Handyman projects ranging from security system installs to setting up the perfect home theater often remind you to check that your electrical items have a genuine UL sticker or mark before you get started. 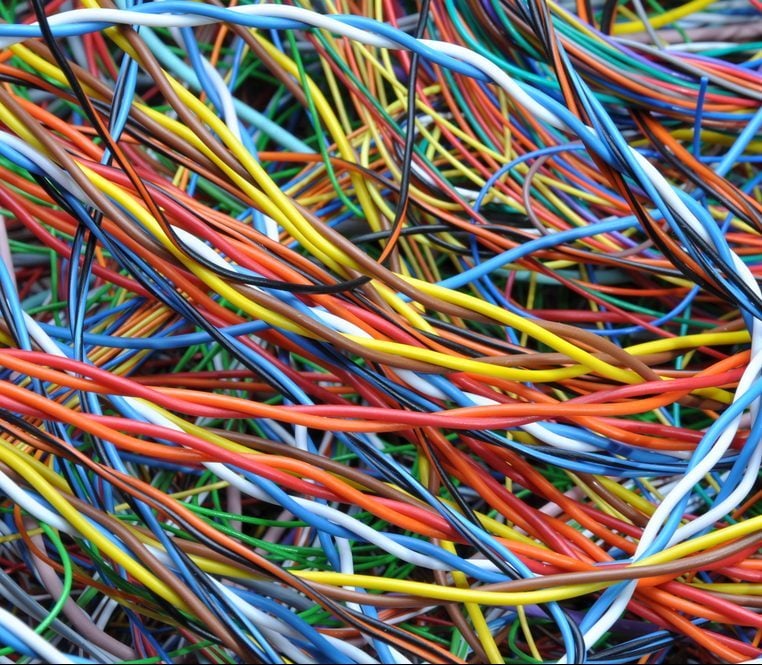 Electricians don’t get points for appearance. Beautifully arranged, well-organized cabling doesn’t conduct any better than wires that run a bit haphazardly or aren’t quite level along a joist. However, signs of extreme disorganization or slapdash work can be an indicator of poorly done or rushed electrical work. If you see excessively tangled lines or junction boxes that look like rats’ nests, you may be well served to do a more thorough inspection of the rest of your home’s electrical service. And when you do, keep an eye out for these other common electrical code violations. 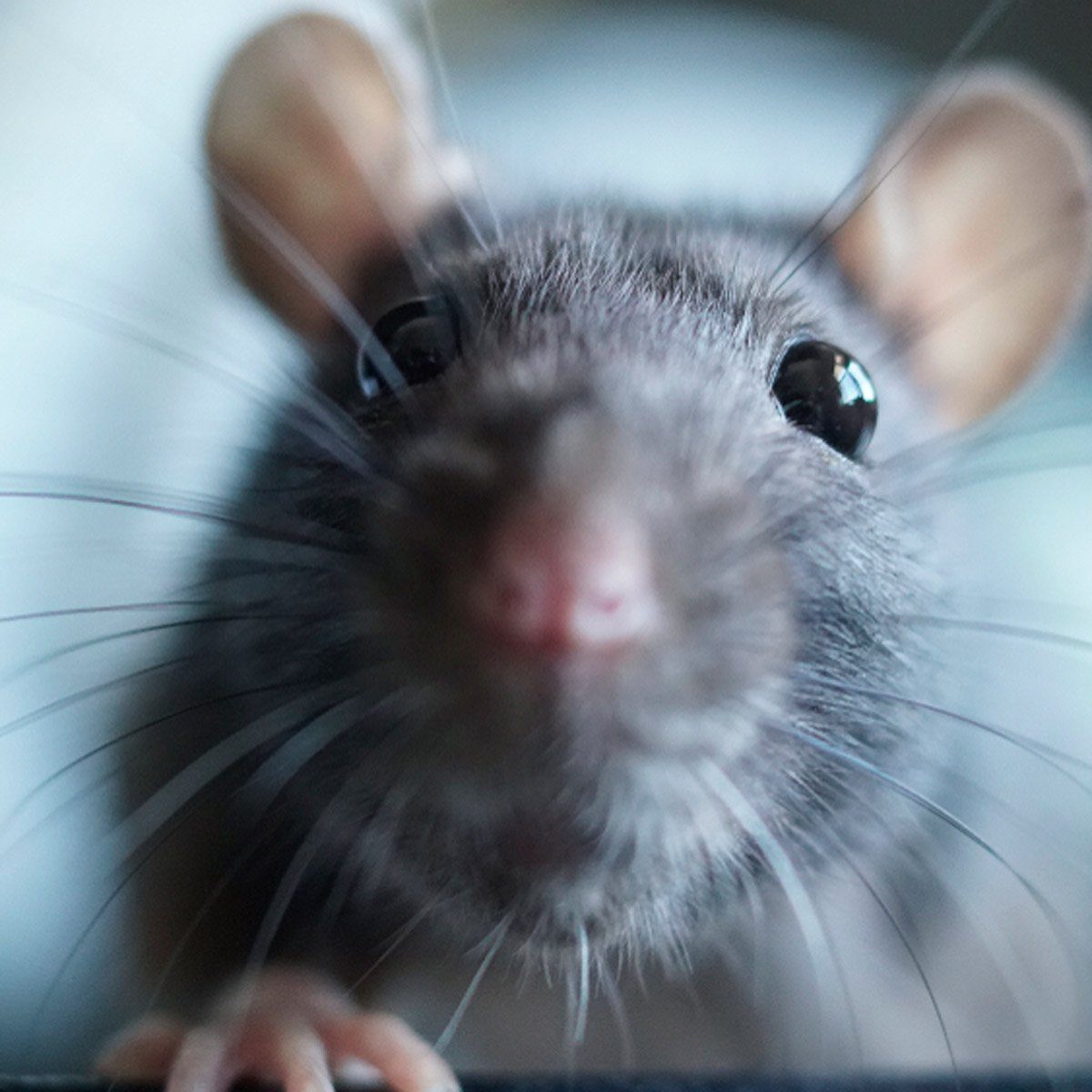 Moving from metaphorical rats’ nests to real ones—if you see rodent droppings or nest material near your electrical wiring, it’s important to check for any chew marks on the wires. Rodents often gnaw wiring until it’s bare. And while the critter probably won’t live much past that point, you may be the one in for a shock when the exposed wire begins to spark or overheat. Next, learn how to spot 34 signs that your house is failing.