Their families had lost hope of seeing them again, when miraculous circumstances led to their reunions.

Mary Seow was persuaded to sell her home in Singapore and move to mainland China to invest the money, only to realize it was all a scam. She lost everything. Seow tried to work her money back by sweeping streets and carrying branded goods, but it wasn’t enough to make up for what she’d lost. After making her way to Hong Kong, Seow followed the lead of other people experiencing homelessness—sleeping in a 24-hour McDonald’s. When AP ran a story about the “McRefugees,” Seow’s family saw her name quoted, and her son flew to Hong Kong to bring her home.

Then-four-year-old Raudhatul Jannah was far from the only person separated from family during Indonesia’s 2004 tsunami—but she might have been the most miraculous. Both she and her older brother were washed away as her parents tried holding to them on a floating plank of wood, and after a month of searching, they were convinced both children had drowned. A decade later, though, Raudhatul’s uncle spotted a teenage girl who looked strikingly like his missing niece. In another case of missing people found, it turns out a fisherman had rescued the little girl, and his mother had raised her for ten years. Here are some of the most bizarre unsolved mysteries from last year.

Chance might not be a missing person, but his story is still incredible. When the Staffordshire bull terrier was three years old, he disappeared from his owners’ garden in Wales. The family, including then-11-year-old Sion Cox, spent months searching for their precious pet to no avail. Fast-forward ten years, and Cox’s mom got a call from a kennel 20 miles away: They’d found Chance! The dog had apparently been abandoned and neglected but was overjoyed to be back with his old owner. Learn how the Internet is reuniting missing pets with their owners.

At ten years old, all Franklin Villca Huanaco wanted was to be back with his mom, who was in jail more than 130 miles away. But the truck the Bolivian boy hid in for transportation didn’t go the way he planned, and after a two-day journey, Huanaco found himself in Chile—620 miles in the opposite direction. A local woman took him in and cared for him, and a national news station ran a story about the boy. Huanaco’s mom, who was working on a Bolivian farm at that point, caught wind of the story and flew to Chile for a heartfelt reunion and another instance of missing people found.

Australian three-year-old Andrew Thompson’s parents were in a messy custody battle over him in 2008 when his mother abducted him and brought him to Germany—then went off the grid. Even his father, Ken Thompson, had no idea where his son was. Two years later and still no leads, Ken quit his job as fire chief so he could bike across Europe to find Andrew and advocate for other missing children. About four months into his journey, Ken received a call from a family friend. A school principal had found 180 Interpol alerts about the six-year-old when his mom tried enrolling him for class in Amsterdam. Yet another case of missing people found, the father and son were reunited in December 2010. This story of a soldier who walked miles to reunite with his family for Christmas will bring you to tears. 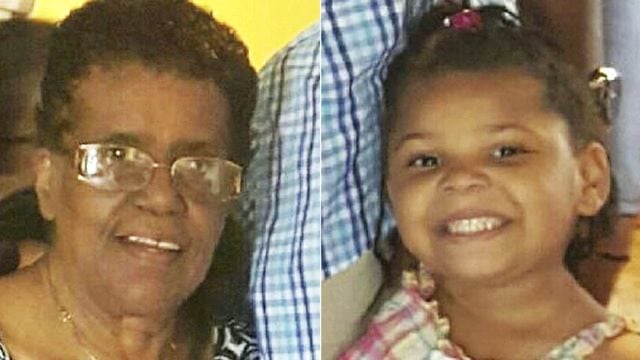 On Christmas Eve 2016, Barbara Briley took her five-year-old great-granddaughter La’Myra Briley on a road trip from New Jersey to family in North Carolina. Barbara had called her son and daughter while stuck in traffic in Virginia, but an hour after her ETA, she had yet to arrive—and the worried family’s calls were going straight to her voicemail. Thankfully, a local in Dinwiddie County, Virginia, was walking his dog down a densely wooded dirt road four days later when he stumbled across a car he’d recognized on the news. In another case of missing people found, Barbara was lying on the ground 300 feet from the car, unable to move, and little La’Myra was right by her side. After Barbara’s daughters met her at the hospital, they learned the five-year-old had been feeding her great-grandma and keeping her warm for days. These missing persons cases have happy endings, but now check out some of the strangest unsolved mysteries of all time.