The Most Addicting Foods on the Planet

Chips, chocolate, cheese. There are some foods we simply can't get enough of. And turns out there's good reason why we're hooked. 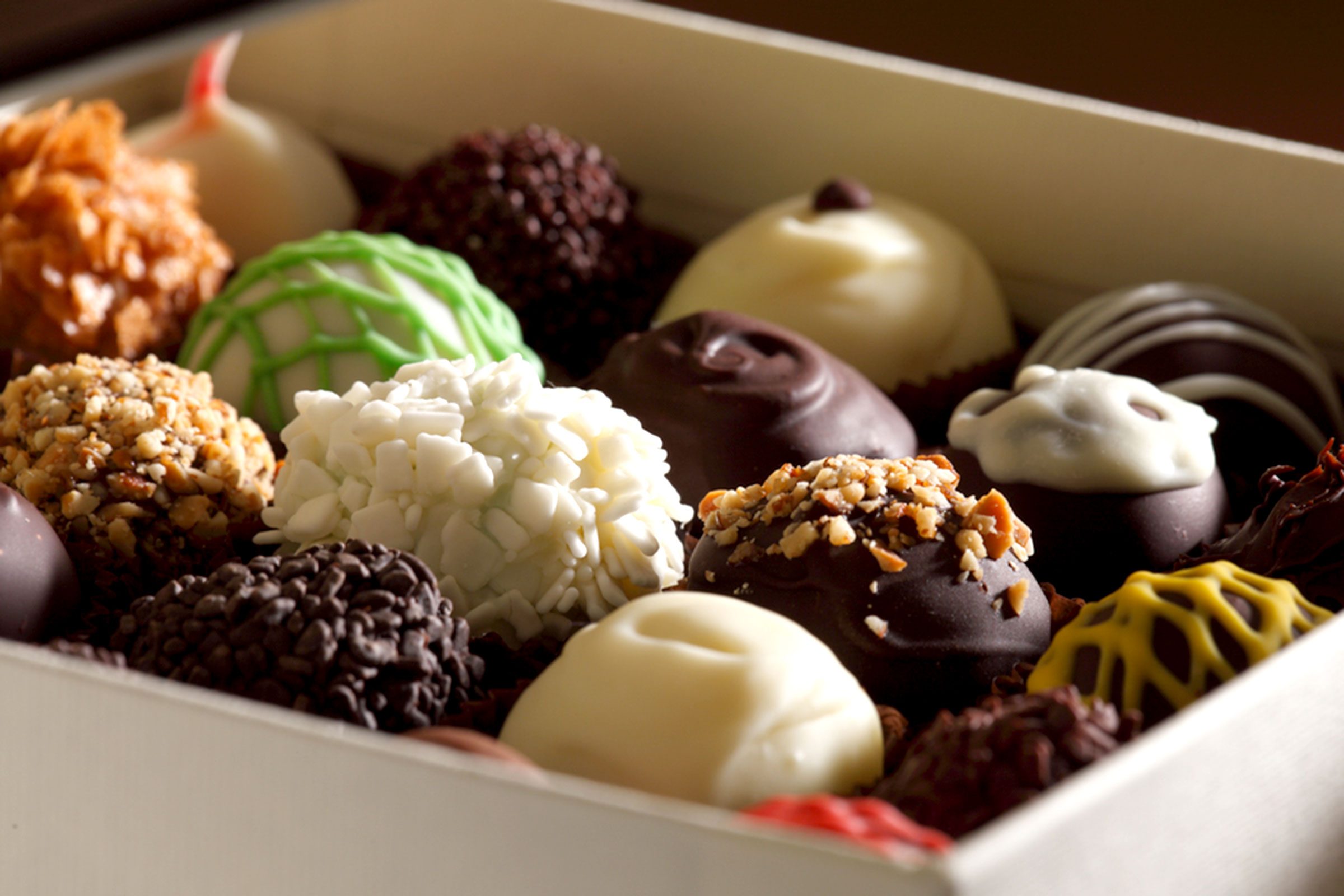 Why we can’t get enough

What is it about the three Cs: Chocolate, cheese, and chips? For some reason, we can never get enough of them. But wanting to chow on a particular food is one thing, being addicted to it is another. Fact is, you can become addicted to a certain food, and you can blame your brain’s response to it. That’s because certain foods elicit a release of dopamine in the brain, which can lead to more cravings for that particular treat, especially when it comes to foods that are high in sugar, salt, and/or fat. Addictive foods are ones that hit your brain right in its pleasure center, ostensibly telling you that you need more, more, more. “When this pleasure/reward center is stimulated, the brain starts secreting dopamine and other chemicals that make us enjoy the experience even more,” says Ashvini Mashru, a registered dietitian in Malvern, Pennsylvania. “Because your brain loves the sensation caused by that dopamine release, it seeks more of it by creating cravings, that if listened to can cause a vicious cycle of addiction.” 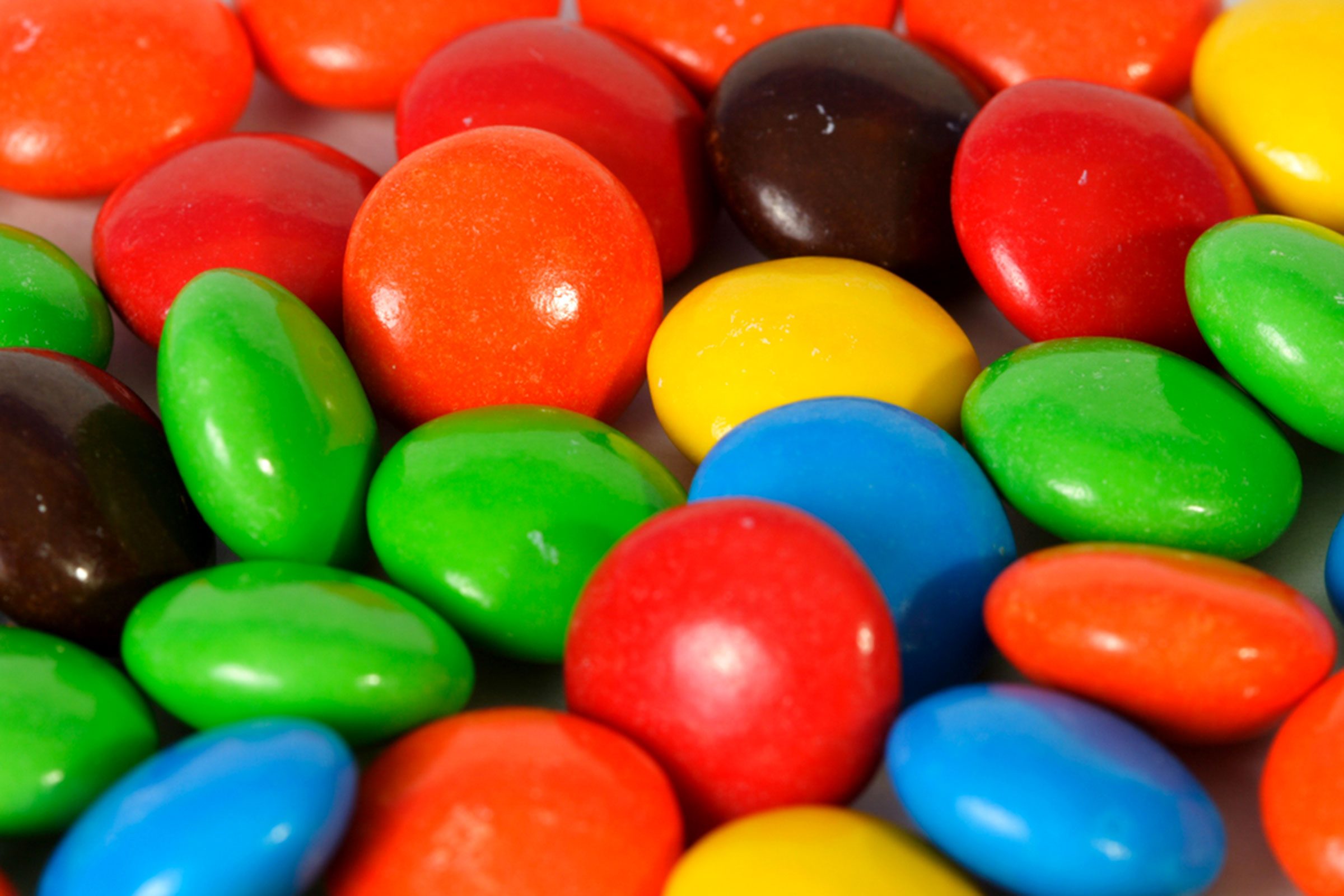 That bowl of M&Ms sitting on your office mate’s desk is a delicious temptation, a crunchy chocolatey treat that’s hard to resist. What we know is that chocolate is one of the most addictive foods around because it binds to the same pleasure centers in the brain as alcohol and certain drugs, according to a 2011 study conducted by Drexel University. It also boasts a nice “mouth feel,” which stimulates oxytocin production, another feel-good hormone, according to Dan DeFigio, author of Beating Sugar Addiction for Dummies. “Over time, our brains start looking for that dopamine hit, and every time we eat chocolate, it reinforces that ‘wiring,'” he says. Here are 10 things that happen to your body when you stop eating sugar. 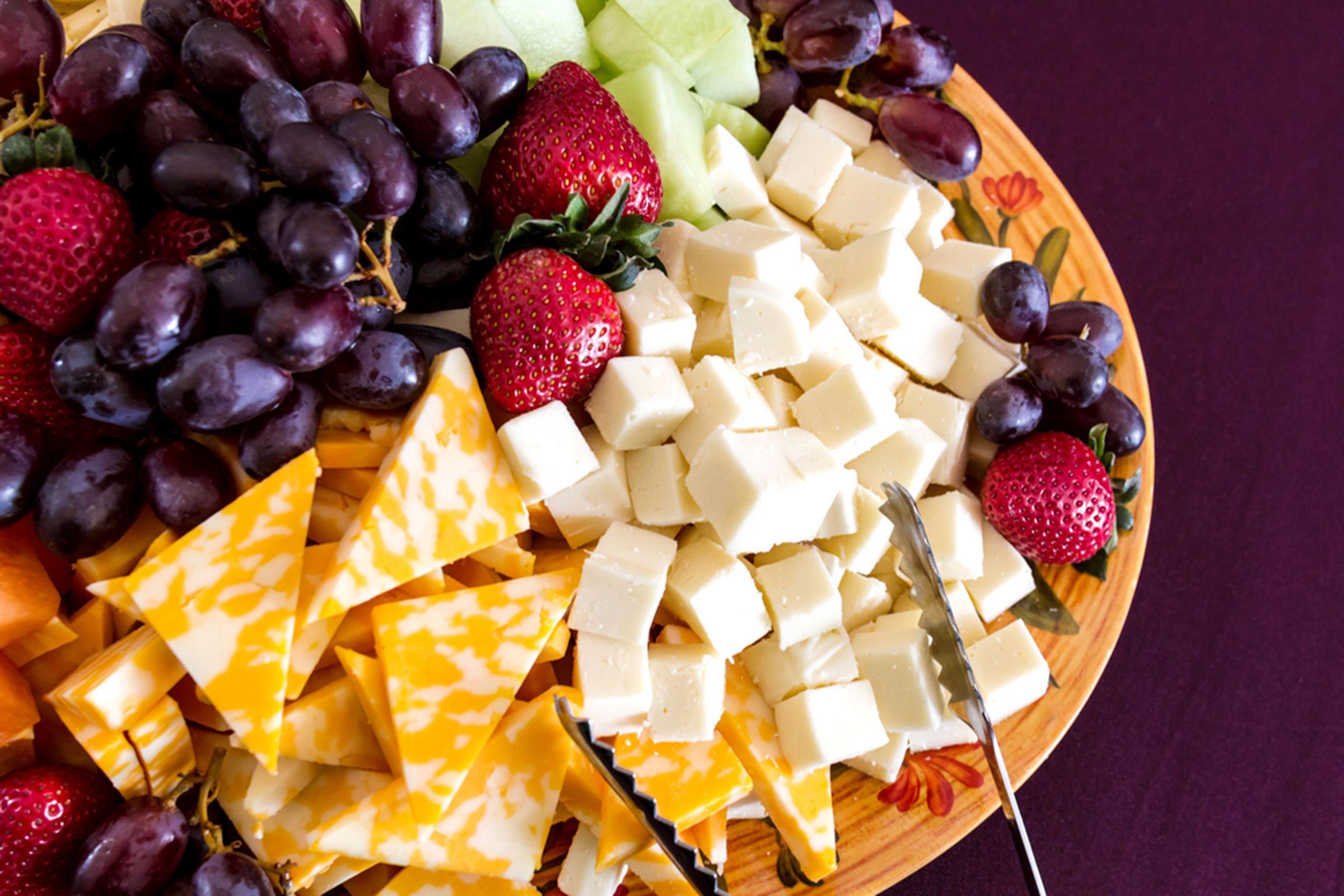 If you’ve hovered over a cheese platter and piled up the cubes, you’ll be relieved to know that it’s not just you. Cheese, which is generally high in fat and cholesterol, also contains a substance called casomorphin that binds to the opioid or feel-good receptors in the brain. “Casomorphins attach to neurotransmitters in our brains and release dopamine, feel-good chemicals, that often lead us to wanting more,” says Neal Barnard, MD, author of The Cheese Trap, adding that the average American today consumes 30 pounds more cheese per year than we did 100 years ago. “While cheese does have its health benefits, it also can be seriously addictive.” 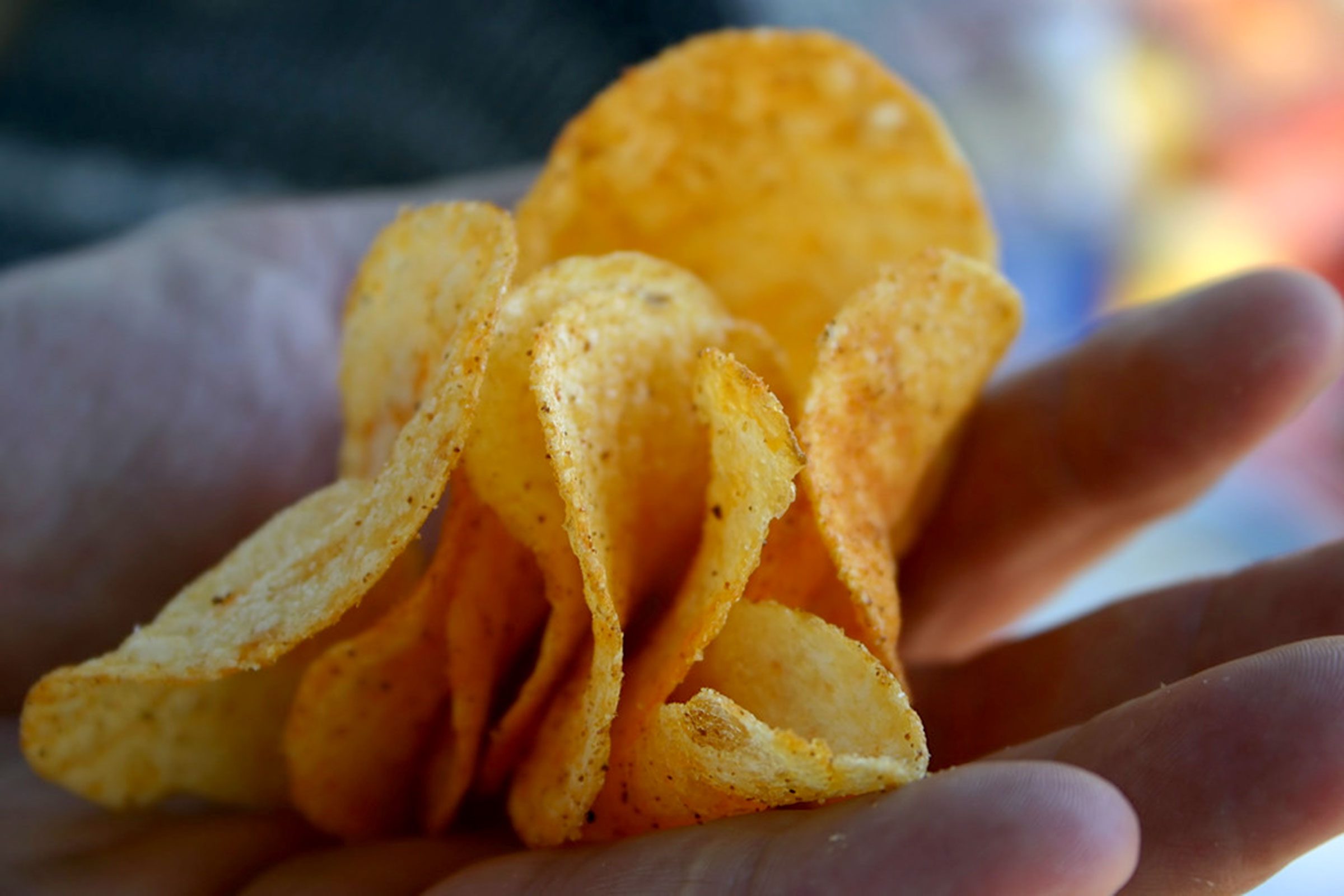 Reach into that bowl of potato chips, tortilla chips, or pretzels over and over again, and you’ll know something is happening on the addiction front. And, while there’s no particular compound in these foods that bind to specific brain receptors to cause a euphoric, stimulating, or addictive behavior, there’s something else at play. “Simple carbohydrates are seen as ‘addictive’ because they cause a quick glucose release, and this quickly increases a person’s energy, says Celina Jean, a nutritionist in Austin, Texas. “This energy will quickly be used up, and then you’ll be forced to eat more simple carbohydrates to keep your blood sugar raised.” This is what happens to your body when you stop eating carbs. 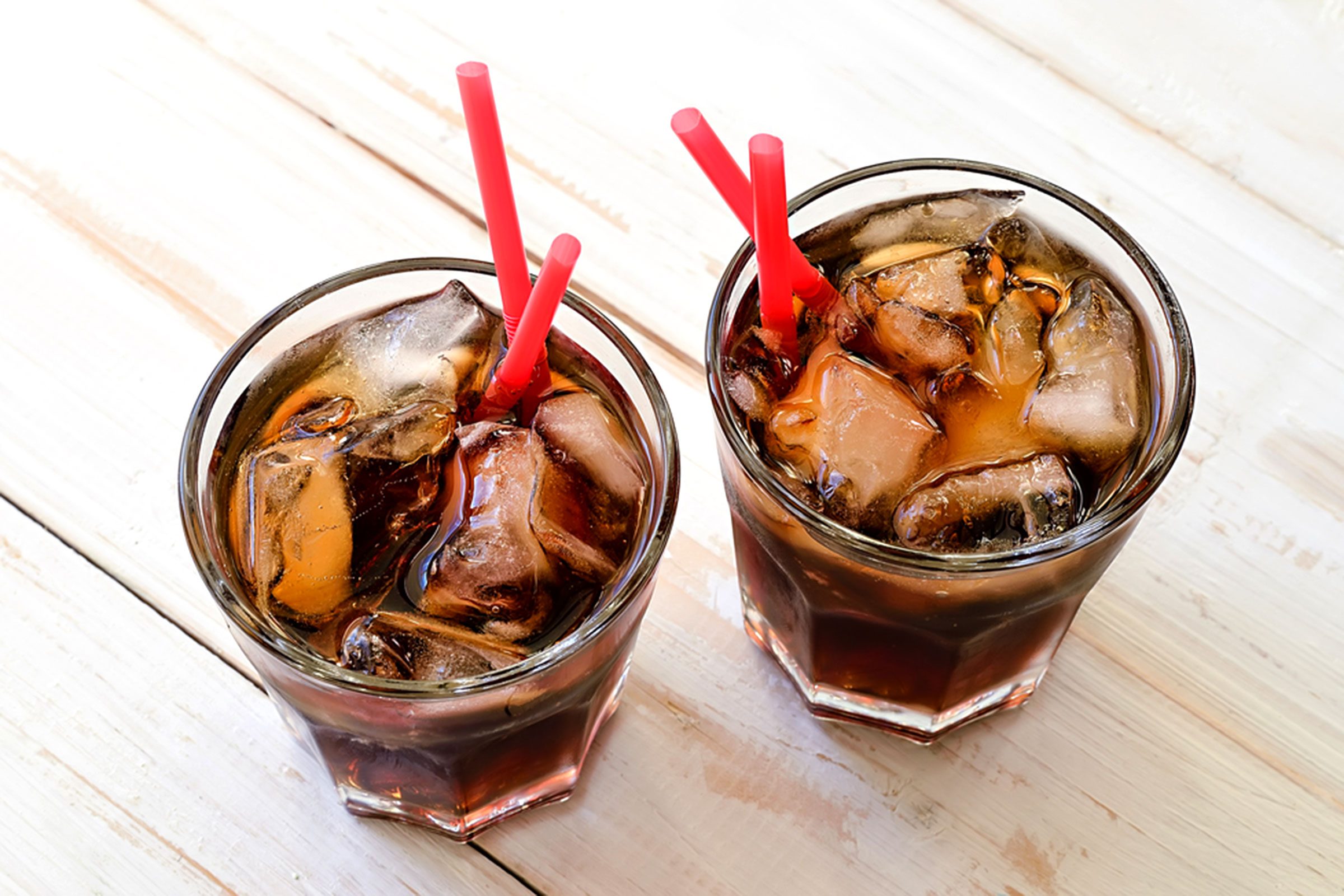 Not only do sugary sodas (also lemonade and sweet tea) provide us with very little nutrients, but one 12-ounce can contain a staggering 35 grams of sugar. Like sugary treats, soda can stimulate the release of dopamine too. Add caffeine and you’re getting a double-energy hit. “Once you’re hooked on caffeine, you can suffer symptoms of withdrawal if you try to stop, including sluggishness, headaches, and emotional distress,” says Mashru. 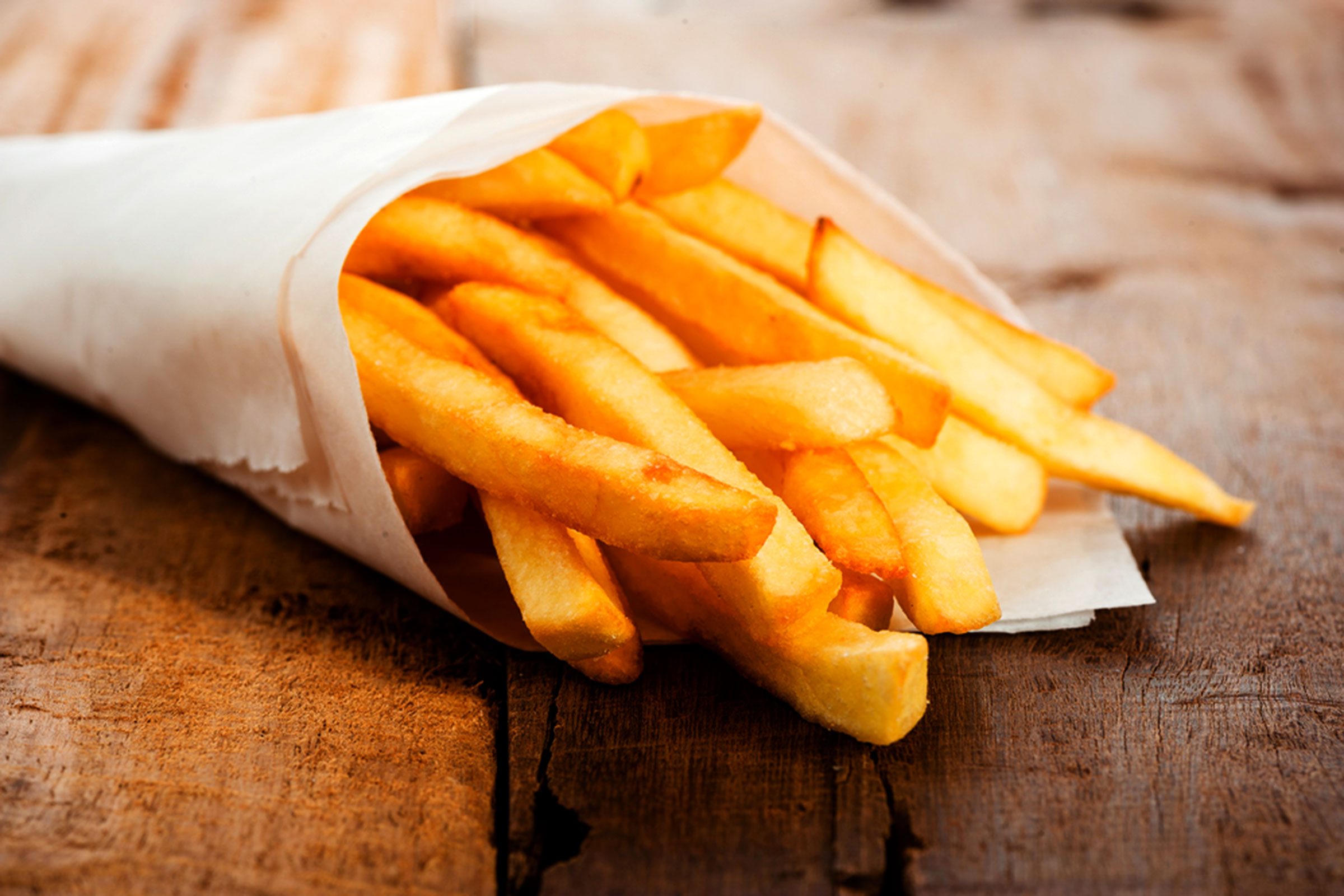 French fries are typically crisp, hot, and salty. This is a triple-threat that signals the tongue and the brain to eat more, Mashru says. The fat content in French fries triggers receptors in our mouths that send a signal to our brain and gut reinforcing the desire to eat more. “These little potato sticks are also a comfort food,” Mashru says. “Therefore, every time you go through the line in a restaurant and see them on the menu, you may find the urge to order them as a side to your entrée irresistible.” These are the 9 foods nutritionists never order at fast food restaurants. 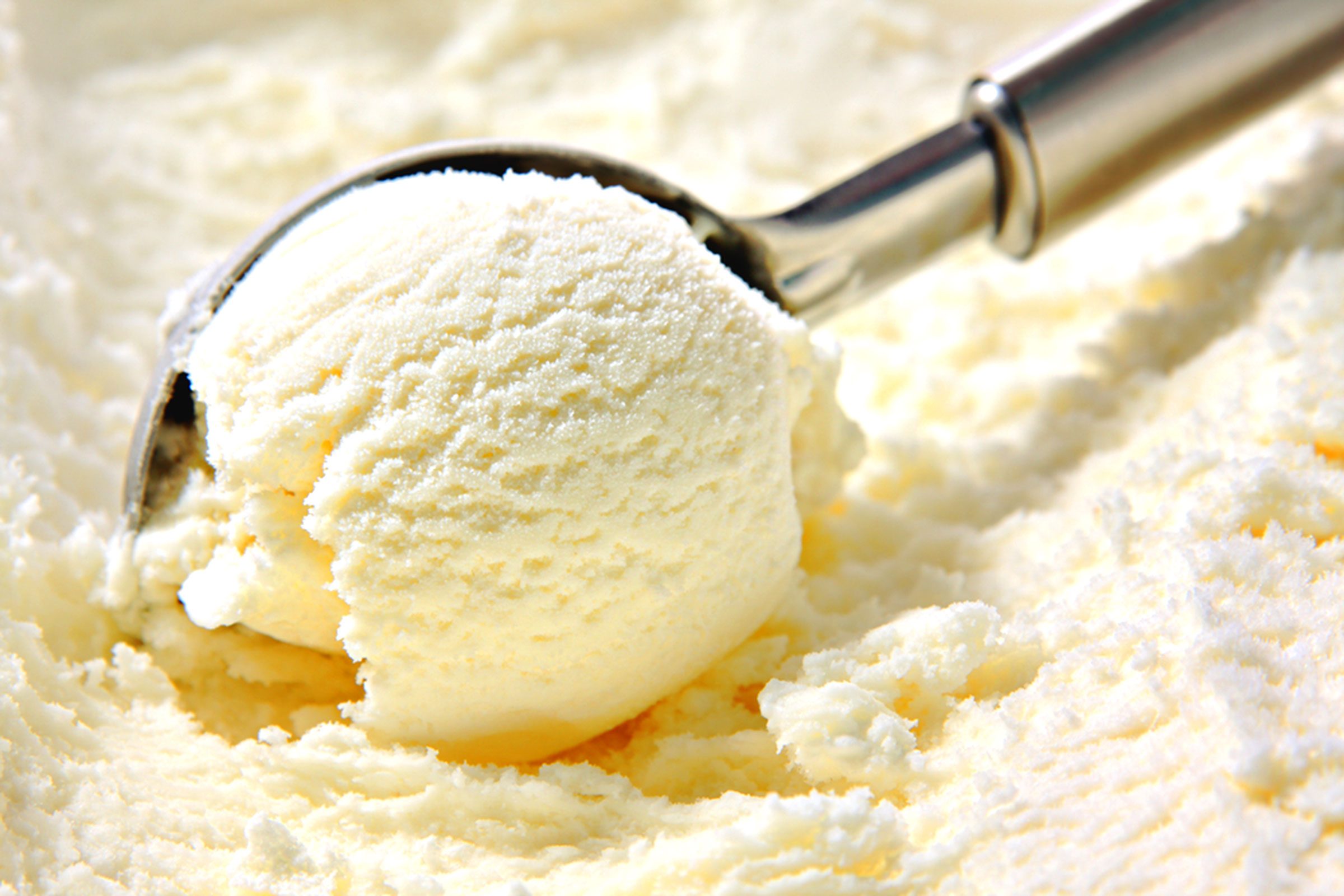 Cravings for ice cream can be insatiable—it’s all about the sugar content and creamy texture, and researchers agree that foods like ice cream, which is basically cream and milk, stimulate the brain in the same way drugs do, inducing behaviors that resemble addiction, says Keri Glassman, RD, a dietitian in New York City. “The sugar ‘highs’ and ‘lows’ you experience are consistent with sugar ‘dependency,'” she says. “When your body gets used to sugar, you feel out of sorts when you consume less, which causes you to eat more.”

That slice of ‘za

Whether it’s the stringy salty mozzarella cheese, the fluffy dough or the sugar in the tomato sauce, pizza ranks first in food addiction, according to a recent University of Michigan study. That’s because when you eat it, your blood sugar zip up quickly and then when it drops, you feel hungry again and want more. Next, check out these 25 everyday things you didn’t know you could get addicted to.