The Most Popular Travel Destinations in Western Europe

Where do we even begin? There are enough vacation-worthy locales in Western Europe to inspire wanderlust for years to come.

What can you say about Paris that hasn’t already been said? From its iconic monuments—the Eiffel Tower, Notre Dame, and Arc de Triomphe—and exquisite gastronomy to its artistic acumen and fabled fashion, it just has that certain je ne sais quoi. Picturesque and deeply romantic, it’s a place where couples sit hand-in-hand on the banks of the Seine, trade kisses under the arches of the Pont Marie, and picnic on the Champ de Mars. Can’t make it across the pond? Visit one of these small towns in America that will have you thinking you’re in Europe.

London is a fast-moving, modern metropolis with rich historic roots and a litany of recognizable attractions—Buckingham Palace, Camden Market, Big Ben, St. Paul’s Cathedral, Westminster Abbey, Royal Opera House, the British Museum, Hyde Park, the Tate Modern, and the London Eye to name a few. A beautiful walking city, contemporary structures stand beside storied landmarks providing a visual dialogue between past and present. Its status as a cultural melting pot can be felt, err tasted, through its diverse and ever-expanding culinary scene. Beyond fish ‘n’ chips and other traditional British fare, there’s an array of authentic Indian, Italian, and Chinese food. Do you know the real difference between Great Britain and the United Kingdom?

Switzerland’s largest and wealthiest city is a global financial center. But the buck doesn’t stop with banking. Consistently ranked among the most livable locales, it boasts enviable shopping, excellent public transportation, vibrant nightlife, acclaimed museums, and plenty of historic appeal. Its medieval Old Town is home to significant landmarks—double towers of the Grossmünster (Great Minster), Peterskirche (Peter’s Church), and the Fraumünster (Minister of Our Lady)—and, interestingly, the highest concentration of clubs in the country. Which brings us to this: Zurich epitomizes the “work hard, play hard” mentality. Street Parade, a techno celebration held in August and one of the wildest parties in Europe, is another example.

Canals, cycle paths, and tulips galore are just a few of the reasons Amsterdam should be on your must-visit list. And its allure is certainly not limited to aesthetics. This tiny city is a treasure trove of creative inspiration. Admirers of art will want to make spend a few hours at the Van Gogh Museum, dedicated to the tortured Dutch impressionist painter. The Rijksmuseum displays masterpieces by Rembrandt, Vermeer, and many more Golden Age artists. Stop and smell those famed tulips at Bloemenmarkt, the world’s only floating flower market. And live out your childhood fantasies by eating pannenkoeken (pancakes) for dinner. Find out the best time to visit Amsterdam—and other popular travel destinations.

A long-time playground for the rich and famous, Saint Tropez has an unmistakable cache. Aristocrats, artists, celebrities, high-rollers, and international jetsetters continue to flock to this holiday hotspot for its ritzy seaside resorts, clothing-optional beaches, nightlife, yacht-filled port, cobblestoned La Ponche quarter, and designer boutiques. Things really heat up come summer, especially during July and August when many Europeans take off. Take a look at these gorgeous beaches with the clearest water around the globe.

Dublin dishes out a hearty serving of centuries-old culture and conviviality: The long history of Irish whiskey and stout are proof of that. Tradition meets merriment at the Guinness Storehouse, where you can slog back pints of the Black Stuff straight from the source. Another stop on the tipple train is Old Jameson Distillery for a tour and tasting. Journey back to the days of yore with a visit to Dublin Castle, St Patrick’s Cathedral, and Kilmainham Gaol, a former prison that played an integral part in Ireland’s path to independence. Set in an original 18th-century house, the Dublin Writers Museum is an ode to the lives and works of such local literary legends as James Joyce, Oscar Wilde, and Samuel Beckett.

Set in the shadow of the pyramidal-peaked Matterhorn, Zermatt is among Switzerland’s most scenic Alpine resorts. It’s renowned for high-altitude skiing and snowboarding, which can be enjoyed through early summer. And the pedestrian village is filled with tiny streets, old-fashioned chalets, luxurious mountain lodges, swanky lounges (there’s a happening après-ski scene), thermal baths, and chic boutiques. Can’t make it to Zermatt? These are the top 10 places to ski in the U.S. this winter.

Edinburgh is a treasure trove of hidden gems—narrow alleyways, discrete eateries, tucked-away courtyards, winding staircases, quiet gardens—just waiting to be discovered. The best way to explore this compact capital? On foot. Start with the hilltop Edinburgh Castle, home to Scotland’s crown jewels and the Stone of Destiny, considered one of the top 10 haunted places on the planet. Make your way down to Royal Mile, the historic heart of Old Town, lined with medieval monuments and cathedrals. After refueling with a quick bite, hoof it up to Arthur’s Seat for spectacular 360-degree views of city.

Nice is the picturesque capital of the Côte d’Azur. Its seaside location has long attracted tourists looking to soak up some sun with a glass of Provencal rosé in hand. But this coastal gem has so much to offer beyond its pebbly shores. Stroll along the scenic waterfront promenade, dine at one of the many outstanding restaurants, visit the notable museums—including Musée Matisse with an inspiring collection from prolific local artist Henri Matisse—and explore the charming old town, anchored by Place Rossetti with its sidewalk cafés, stately fountain, and Cathédrale Sainte-Réparate.

Set in the German-speaking region of central Switzerland, Lucerne is a mesmerizing mix of medieval and modern, set against the beautiful backdrop of a cobalt lake and majestic mountains. Its centerpiece is Kapellbrücke, the oldest covered wooden bridge in Europe. Musegg Wall takes you back to the 13th century with its well-preserved towers and fortifications, as do the fresco-adorned historic houses, town squares, Baroque building, and churches. In contrast, the KKL (Culture and Convention Centre) is futuristic multi-use space with an acoustically renowned concert hall, conference area, and art galleries.

Belgium’s capital and the headquarters of the European Union, Brussels is a contemporary city steeped in Middle Age splendor. Its central square, the Grand-Place is surrounded by nearly forty opulent guild halls, the Gothic-style Hôtel de Ville (City Hall), and Maison du Roi, which houses the Musee de la Ville de Bruxelles (the Museum of the City of Brussels). Next door is Les Galeries Saint Hubert, a grand glass-roofed arcade—the first of its kind in Europe—featuring high-end specialty boutiques, chocolate shops, restaurants, two theaters (Théâtre des Galeries and the Vaudeville), and a cinema. Don’t miss these enchanting locales that look straight out of a storybook.

Marseilles, a port city in southern France, has been an important trade hub since it was first settled by the Ancient Greeks in 600 B.C. What it lacks in glamour (a la Saint Tropez, Nice, and Cannes) it more than makes up for in maritime history. Fishing remains its primary industry to this day. The colorful Vieux Port (Old Port) neighborhood buzzes with waterfront seafood restaurants serving up bouillabaisse and fisherman selling local catch at the legendary Criée aux Poissons (fish market). You’ll definitely want to commit these essential French phrases to memory before you go. 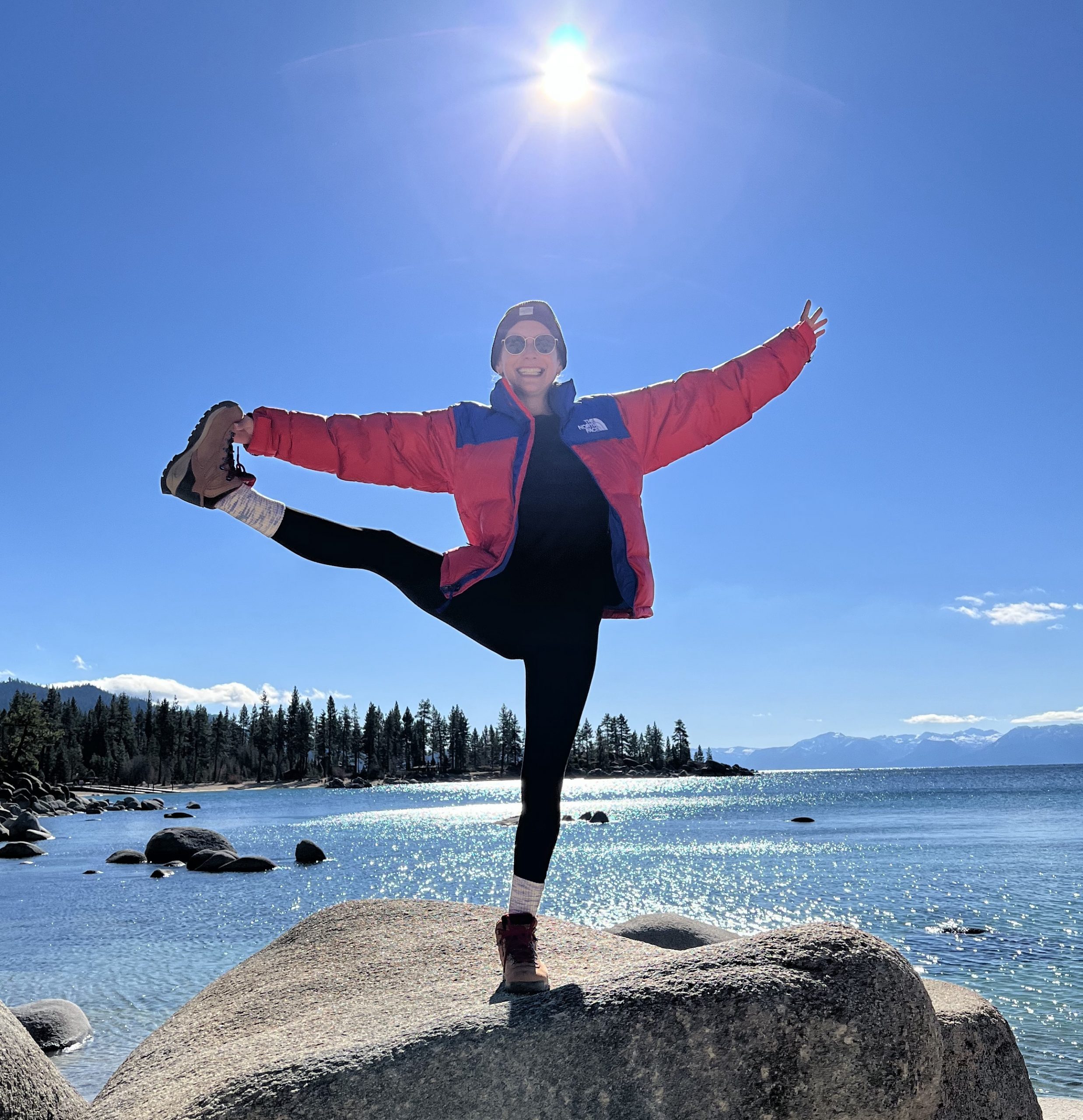