The Fascinating Origins Behind 9 Sodas You Love to Drink

Which drink used to contain cocaine? Which was inspired by the inventor's honeymoon? Read on for mind-blowing trivia on your favorite sodas.

Coca-Cola: Used to be a cocktail

It’s a well-known fact that the original formula for the world’s most popular soft drink featured cocaine, but did you know that the original also contained alcohol? The carefully guarded secret formula for Coca-Cola is derived from “Pemberton’s French Wine Coca,” a concoction of coca leaf, kola nut, and damiana, a fragrant flower often used to make a stimulating tea. Its creator was Atlanta pharmacist Dr. John Pemberton, who touted the wine coca’s medicinal qualities for anyone who was “devoted to extreme mental exertion.”

However, in 1886, when temperance laws went into effect in Atlanta and Fulton County, Pemberton had to change the tonic’s formula so it was alcohol-free, although it still contained cocaine and would until 1905. The result: Coca-Cola was marketed as a nerve tonic as well as a temperance drink. 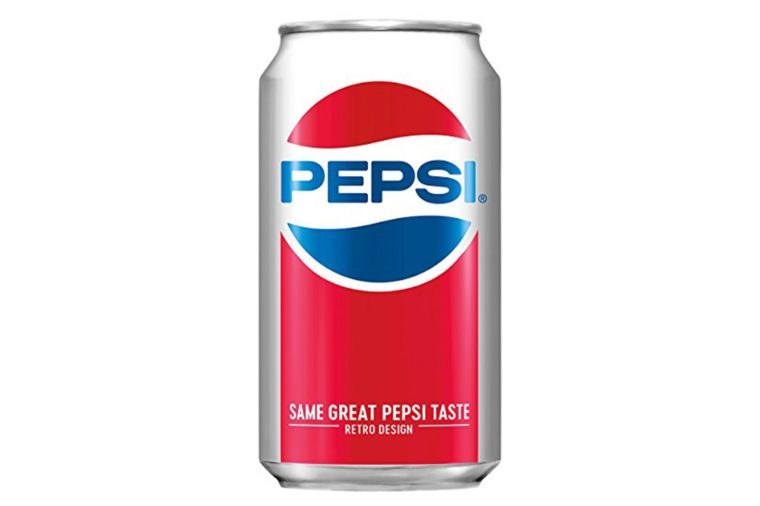 Beyond its carbonation and cola flavor, Pepsi shares something in common with its main competitor, Coca-Cola. Pepsi also was originally formulated by a pharmacist: North Carolina’s Caleb Bradham, who in the 1890s began selling the concoction as “Brad’s Drink.” He touted the drink’s medicinal properties. Indeed, the name Pepsi-Cola, introduced in 1898, implies its origin as a health tonic: “Pepsi” is taken from pepsin, a digestive enzyme used in Bradham’s original formula. Just as Coca-Cola no longer contains cocaine, Pepsi no longer includes pepsin. In 1898, Bradham wisely bought the rights to the trade name “Pep Cola” from a bankrupt competitor. He trademarked the new name in 1903. Check out these 7 inventors who actually regretted their inventions.

Was there a doctor involved in the creation of Dr Pepper? No, but there was yet another pharmacist who, while not actually named Pepper (his name was Charles Alderton), invented the drink in Waco, Texas, in 1885. And if you’re guessing that “Dr Pepper’s Phos-Ferrates” was originally touted as a health tonic, just like Coke and Pepsi, you’d be correct in that as well. One ingredient in Dr Pepper’s early formulas was pepsin, the same digestive enzyme that gave Pepsi its name. (However, prune juice, commonly rumored to be an ingredient, is not and never was part of the formula.)

Interestingly, no one, including the folks at Dr Pepper or the Dr Pepper Museum in Waco, knows exactly how the soda pop got its name; theories range from a nod to pepsin to the soda being named in honor of the former owner of the drugstore where the drink was invented. None of these theories is verified. (And for you editorial types, there is no period after the “Dr” in “Dr Pepper”; it was removed sometime in the 1950s.) 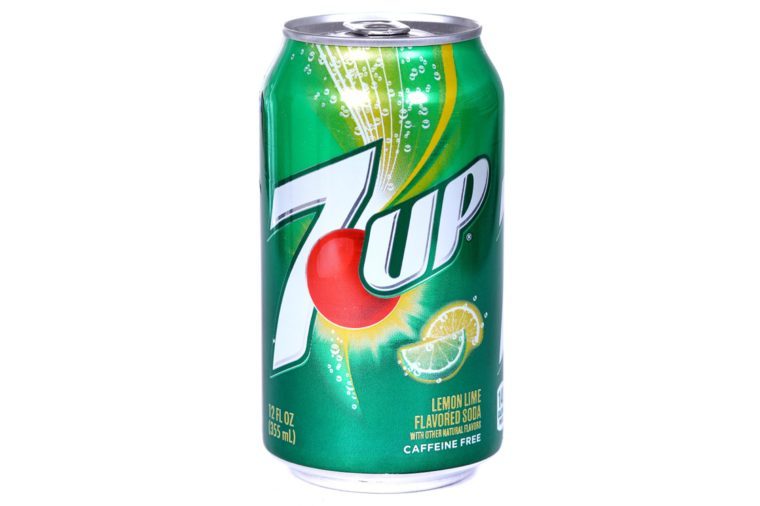 7-Up: A mood stabilizer

This classic lemon-lime beverage is the first and only soda on our list that wasn’t invented by a pharmacist—it was created by businessman Charles Leiper Grigg in 1929. However, like our previous pops, it was originally marketed for its health benefits; its original formula featured lithium citrate, a chemical still used today as a mood stabilizer. And while 7-Up is one of the shortest soda brand names today, the drink’s original name was more of a mouthful: “Bib-Label Lithiated Lemon-Lime Soda.” Grigg changed the name of the soda pop shortly thereafter, and then changed the name of his business from the Howdy Corporation to the Seven-Up Company in 1936. Another good call. These are the 10 reasons to avoid all soda—including diet. 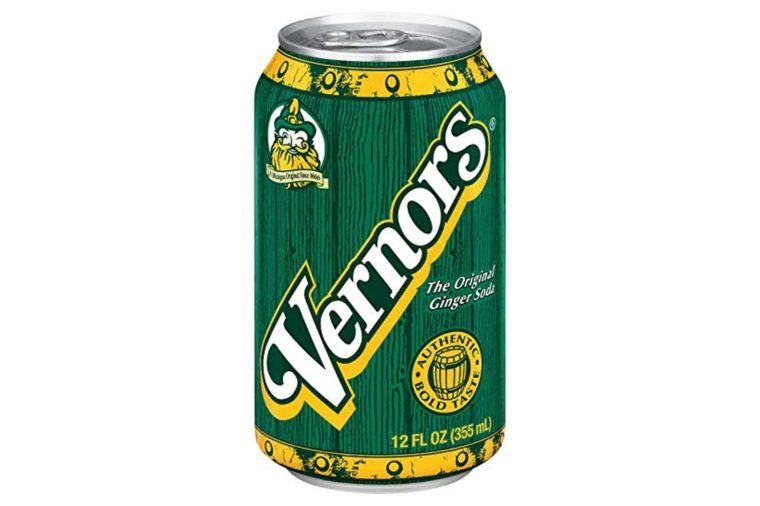 Vernor’s: The oldest pop still around

Vernor’s Ginger Ale is generally accepted as the oldest American soda pop brand still in existence. It got its start just after the Civil War when Detroit’s James Vernor—a pharmacist, of course—discovered that a ginger-ale syrup he’d left to age in an oak cask ended up with a distinct flavor thanks to the wood. The company legend is that the syrup had aged from 1862, when Vernor left Detroit to fight in the Civil War, until 1865, when he returned. Vernor originally sold the soda pop in his drugstore, but by 1896, the drink was so popular that he was able to close the drugstore and focus purely on selling the soda. Don’t miss these 13 foods that were invented by accident. 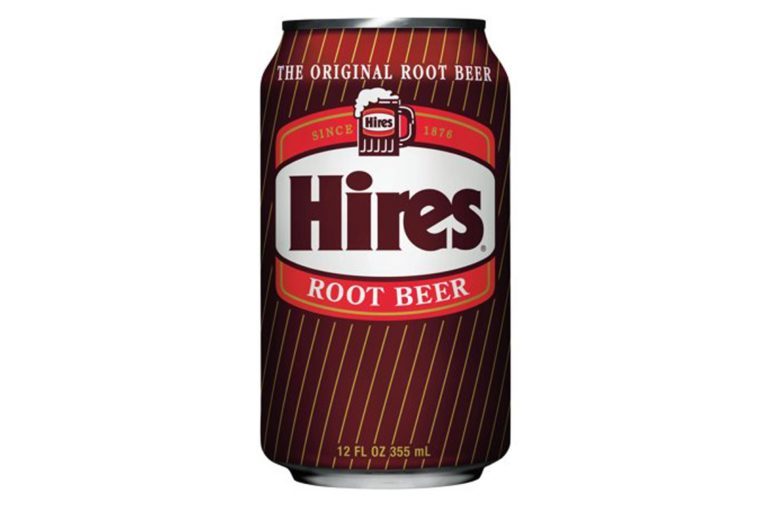 Hires: Inspired by a honeymoon

Another soda pop, another pharmacist inventor. In this case, it was Philadelphia’s Charles E. Hires. While on his honeymoon in 1875, Hires was served a “root tea” he liked so much that when he got back home, he set to work replicating the taste experience. By the next year, he was selling root tea packets, which people could take home to brew their own drinks. By 1884, Hires decided people would buy more of the stuff if they didn’t have to make it themselves. He’d also decided to take the suggestion of a friend who said the working class would like it more if he called his root concoction a beer rather than a tea. Smart friend. Here are 12 things that happen to your body when you stop drinking diet soda.

Mountain Dew: Made for mixing

Ally and Barney Hartman initially worked for the Orange Crush soda plant bottling in Georgia before the Great Depression, according to Mental Floss. After the business went bankrupt, the Hartmans’ discovered a lemon-lime soda that mixed perfectly with their favorite drink—bourbon. The duo began bottling it for their own use as a chaser in Knoxville, Tennessee during Prohibition. Smithsonian Magazine reports the phrase “mountain dew” was slang for mountain-brewed moonshine. Here are 9 quirky facts we bet you didn’t know about your favorite foods.

Canada Dry: Not related to Prohibition

One popular and false claim is that the Canada Dry beverage company got its name because it produced alcohol-free beverages during prohibition. That’s not the case according to Snopes. The company was actually started by Canadian pharmacist John J. McLaughlin, before the Texas-based Dr. Pepper Snapple Group bought by the company. The “dry” part of the name could be a nod to dry wine or a dry martini. There’s also the fact that Canada Dry is lighter and less sweet than other ginger ale.

Fanta: Is rooted in history

This soft drink wasn’t an accident. Max Keith ran the German Coca-Cola operation in 1938 after the untimely death of an American-born man who passed after a car accident. During WWII, Keith ran the plant even though he didn’t have the necessary Coca-Cola syrup ingredient due to the war, per Snopes. He formulated a new soft drink—Fanta—to keep the plant operating. Next, check out the surprising birthplace of 20 favorite foods and drinks.