Meet All the Voices Behind “Winnie the Pooh”

Get ready for a shock! These are the faces behind the Hundred Acre Wood's beloved cast of animated characters.

Putting faces to the iconic voices

You don’t have to be the world’s biggest Disney fan to love Winnie the Pooh and his pals. The characters, brought to life by author A.A. Milne back in 1926 when the first collection of stories was published, have a unique way of stealing the hearts of kids and grown-ups alike.  For nearly a century, Pooh and friends have graced both the small screen and the big screen in various forms, with a number of different actors voicing them. If you’ve ever wondered who has brought these lovable creatures to life throughout the years, read on to learn more about these phenomenal actors. You may be surprised to learn which other characters they’ve voiced as well.

Hailing from Youngstown, Ohio, veteran voice actor Jim Cummings has voiced Winnie the Pooh on more than one occasion. He is the man behind both Pooh and Tigger in the 2018 feature film Christopher Robin, and he voiced the duo for both Pooh’s Heffalump Movie and Piglet’s Big Movie. Essentially, when Disney needs the Pooh and Tigger voices we know best, they call Cummings. “Pooh is a bear of very little brain, but yet his logic is pure,” Cummings told NPR. “And it’s sort of that serene, Zen approach to life. And I always say that Pooh is the eye of the hurricane because he’s very, very calm. And Tigger is the hurricane.” Now that you know who’s voiced two of your favorite animated animals, see the real-life toys that inspired beloved Winnie the Pooh characters.

It was actor Sterling Holloway who first brought Pooh’s voice to life with Winnie the Pooh and the Honey Tree in 1966. He ended his tenure as the character with some appearances on The Magical World of Disney in the early 1980s. But Pooh isn’t the only voice Holloway crafted for Disney. He also played Kaa the Snake in The Jungle Book and Roquefort in The Aristocats. Holloway, who passed away in 1992, may have portrayed Pooh less than Cummings, but his voice made a clear impact on the character and fans. In an interview with Entertainment Weekly, Cummings insists, “I borrowed it (Pooh’s voice) from the late, great Sterling Holloway. Interestingly enough that was just his speaking voice.” Have you read the 25 best children’s books ever written?

Skittish little Piglet is beloved by fans because he’s a loyal friend to Pooh despite his timid approach to life. Actor John Fiedler used his voice to portray Piglet for years, beginning with Winnie the Pooh and the Blustery Day in 1968. But Fiedler worked both on- and off-camera, appearing in live-action TV and film as well as doing voiceover work. His final turn as Piglet came in 2005 in Pooh’s Heffalump Movie, which happens to be the same year he passed away. On how Fiedler’s voice came to be used for the “very small animal,” James Fiedler said in his brother’s New York Times obituary: “Walt Disney heard it on a program and said, ‘That’s Piglet.'” Brace yourself for some more surprising facts we bet you never knew about Disney’s most famous characters.

After Fiedler’s passing in 2005, voice actor Travis Oates began crafting the voice of Piglet. He can first be heard in projects like the My Friends Tigger & Pooh shorts and Tigger & Pooh and a Musical Too. Aside from acting, Oates is also a writer and director. He directed the 2014 horror flick Don‘t Blink, starring Mena Suvari and Brian Austin Green. According to his Twitter account, Oates is a self-proclaimed “huge nerd.” He resides in Los Angeles with his family and most recently voiced Piglet for the video game Kingdom Hearts III.

For the 2018 feature film Christopher Robin, Nick Mohammed took the reins as the voice of Piglet. Although the 39-year-old British actor largely tackles live-action roles, his voice can also be heard in Robert Downey Jr.’s Doctor Dolittle as White Mouse, which falls in line with Piglet’s sweet voice, don’t you think? Mohammed is truly a jack of all trades. In addition to being an actor, he’s a stand-up comedian, and he graduated from the University of Durham with a degree in geophysics. Stand-up comedy and science sound like a far cry from our Piglet, but Mohammed’s voice certainly captured the sweet character perfectly in Christopher Robin. Wanna laugh? These are the 100 funniest movies of all time.

Having a bad day? Then you can probably relate to the oh-so-sullen voice of Eeyore, Pooh’s donkey friend who always seems to be sad about something. Ralph Wright originated that distinctive voice for Winnie the Pooh and the Honey Tree, and since his passing in 1983, several other actors have tackled the voice of Eeyore. One you will definitely recognize is actor Brad Garrett of Everybody Loves Raymond fame, who voiced the character for Christopher Robin.

“Eeyore is something so iconic, and someone I’ve been compared to,” Garrett said in an interview with Collider. “There was a lot of Eeyore in my Everybody Loves Raymond character. I loved it. And many, many years ago—almost 30 years ago—I had the opportunity to voice him in a TV special for Disney. It was happening at the same time that I started to get busy as a stand-up, and I remember how excited I was, but then I got this stand-up tour that I had to go on and it got in the way of me recording Eeyore.” Fortunately for Garrett, that opportunity came around again. Find out which iconic TV characters were actually based on real people.

You wouldn’t think that Winnie the Pooh‘s Rabbit and SpongeBob Squarepants would have much in common, but for a brief period of time they did! Tom Kenny, the voice of the popular yellow guy who lives in a pineapple under the sea, also voiced Rabbit for the 2011 film Winnie the Pooh and the TV shorts Mini Adventures of Winnie the Pooh. A brief look at Kenny’s resume shows he is one seriously in-demand voiceover actor. Also a stand-up comedian, the actor clearly has a lot of range. In 1999, he even scored an Emmy Award for Outstanding Performer in an Animated Program for his work on SpongeBob Squarepants.

Rabbit may have the most curious array of actors who have portrayed him. Peter Capaldi, best known as the Doctor to fans of the Doctor Who franchise, voiced the character for the film Christopher Robin. Capaldi played the Twelfth Doctor in the series and is largely known for on-camera work rather than voiceovers. Fun fact: Capaldi was once in a punk rock band with fellow actor Craig Ferguson, who is also a part of the Winnie the Pooh family. Ferguson has voiced wise old Owl, but we’ll get to that in a minute. First, these famous movie and television quotes are bound to put a smile on your face. 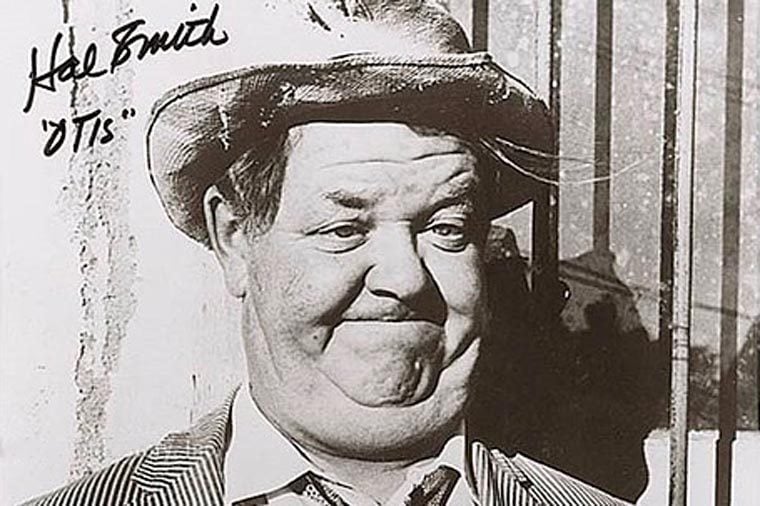 Michigan-born actor Hal Smith originated the voice of Owl in 1968’s Winnie the Pooh and the Blustery Day. He would later voice the know-it-all character for other projects like Welcome to Pooh Corner and The New Adventures of Winnie the Pooh. Smith, who died in 1994, also sometimes portrayed Goofy for various productions and contributed his voice to many of the popular Disney Read-Along records that were popular during the late 1970s. On camera, Smith played “town drunk” Otis Campbell on The Andy Griffith Show. In real life, Smith wasn’t a drinker at all. Here are 13 things you never knew about Winnie the Pooh.

Yes, indeed, talk-show host and actor Craig Ferguson voiced Owl for the Mini Adventures of Winnie the Pooh shorts and the full-length Winnie the Pooh film. “There’s a whole wonderful, sweet aspect to the stories and to the characters,” said Ferguson in an interview about working with such classic material. But Owl isn’t the only character to which he has contributed his voice. Ferguson can also be heard as Gobber in How to Train Your Dragon and NOS-4-A2 in the 2000 series Buzz Lightyear of Star Command, among others. You may not find them in the Hundred Acre Wood, but these 9 animals can actually talk!

Several actresses have voiced the role of Kanga, but one of the most interesting is Kristen Anderson-Lopez, who lent her voice to the character for 2011’s Winnie the Pooh. Anderson-Lopez doesn’t have a ton of acting credits on her resume, but what she does have is a track record of writing stellar movie soundtracks. She and her husband, Robert Lopez, have co-written such memorable tunes as “Let It Go” from Frozen and “Remember Me” from Coco. Beyond that, she also helped pen tracks for the Winnie the Pooh soundtrack, which, as Tigger might say, is full of bouncy, trouncy, flouncy, pouncy fun, fun, fun, fun, fun! By the way, did you know that these three things are never allowed in Disney movies?

Little Roo has been voiced by the greatest number of different actors—probably because as child actors grow up, their voices change and a new Roo must be cast. Max Burkholder, who Parenthood fans will remember as Max Braverman, portrayed the sweet kangaroo for the duration of My Friends Tigger & Pooh (a series of television shorts) and a few other related projects. Burkholder is currently lending his voice to an upcoming animated series on Amazon called Invincible, which is based on the popular comic-book series and will also feature the voices of Mark Hamill and Sandra Oh. That story revolves around a teen whose father just happens to be the most powerful superhero on Earth. Love TV? Find out which actors almost nabbed the roles of some pretty iconic small-screen characters.

Christopher Robin is another one of those roles that tends to switch up actors from project to project. But Tom Attenborough took the reins of voicing the little boy with a lot of woodland friends for The Tigger Movie and The Mini Adventures of Winnie the Pooh. The British actor’s voice can also be heard in many of the video games based on the Harry Potter franchise. Attenborough has acting in his blood. He is the grandson of famed actor and director Richard Attenborough, who appeared in Jurassic Park as John Hammond and played Kris Kringle in 1994’s version of Miracle on 34th Street. Next, find out what the real Christopher Robin really thought of Winnie the Pooh.