Having lived in several places in the Midwest and along the east coast, I’ve found Northampton and the Pioneer Valley to be the most accepting and loving of all kinds of different people.

When the Orlando mass shooting occurred, so many people turned out in front of city hall they had to shut down the four-lane street in front of the stage. Our Gay Pride Parade had 40,000 attendees in a town of 28,500, bringing participants from all over the region as a demonstration of the love, support and acceptance shown in Northampton.

Residents often interact with the homeless that occupy our streets, as we empathize with their struggle and humanity. A Northampton rabbi received an award for his support of human rights both locally and internationally, and the city recently declared sanctuary status for immigrants who are unfairly deported by the U.S. government. 4,000 people participated in our March for Gun Control, walking from our high school to the steps of our city hall.

What do you think of Northampton, MA? 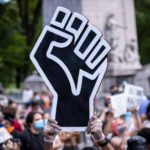