"Visit for a weekend, stay for a lifetime"

The outpouring of generosity in Starved Rock Country can be seen throughout the year, whether it be marathons for sick kids, our annual Penguin Plunge in cooperation with the Make-A-Wish Foundation, an annual United Way Labor of Love program that helps dozens of families in need of home repairs and maintenance and everyday acts of kindness and “paying-it-forward.” Sometimes the smallest thing, such as giving your Aldi grocery cart without taking the quarter or helping the elderly across the street still happens here. Neighbors are true neighbors and loyalty to the community is ever-present. “Mayberry” still exists.

Just an hour away from Chicago and northern suburbs, Ottawa, located in the heart of Starved Rock Country, is one of Illinois’ best places to get away, stay, and play.

Starved Rock Country offers some of the nicest state parks, including historical Starved Rock State Park, and boasts year-round festivals, such as an annual wine and jazz festival; fantastic dining and IPA beer; boating, fishing and hiking; the phenomenal Heritage Harbor boat community (as well as many other awesome river clubs; gorgeous blooms and artwork and unique shopping opportunities. And that’s just some of what SRC has to offer.

Ottawa, specifically, is home to the historical Lincoln-Douglas Debate and the Ottawa Scouting Museum.

Besides all of that, the people are friendly, kind and enjoy sharing a smile or a helping hand.

It took only one visit for me to decide to move here 12 years ago.

We host an annual Welcome Burger inviting all newcomers in to town. Our historic Friendly River City was about to be challenged as never before. We were decorating the historic Episcopal church basement right in the heart of Ottawa for the annual Fat Tuesday celebration. It purports itself to be a church fundraiser, but I’ve never witnessed such a weak attempt to pull in money. Sure, tickets were purchased by parishioners, neighbors and friends. The local stores and restaurants donated the equipment and batter which defrayed the costs of the event. Yet even more tickets were given away. Given to the shelters, gratefully accepted by any budget strapped family looking for a fun night out. Even the local AM station handed them out to the fifth caller.

With the basement readied, it was time to start flipping pancakes. The kitchen volunteers were in full force until the lights suddenly flickered, sirens began to blare, and everything went dark. As we crawled out of the basement and peered through the pouring rain, we learned that not just one, but four tornadoes touched down in our little river city. Without missing a beat, the kitchen workers packed up all the food and delivered it to the fire station. This food served as the seedlings for the outpouring of generosity that erupted following the tragedy for so many. Immediately, the church down the block opened their doors daily for anyone needing a meal or a listening ear. Four women independently organized a fundraiser which brought in over-the-top raffle donations, dollars and food. Volunteers spilled out all over town. The Red Cross, the Salvation Army, Scouts, YMCA, service clubs, churches, hairdressers, local truck drivers, farmers with chain saws, restaurants, grocery stores all giving and all not expecting anything in return. Strangers embracing strangers offered words of strength and encouragement. I saw a local business man quietly and anonymously slip someone a generous sum of cash. A local landlord invited a displaced family into the vacant property without hesitation. The generosity of our small town had not slowed down. The little Episcopal church fundraiser? They donated the proceeds from the church to those impacted by the tornado. This year, Ottawa emerged once again to claim their moniker as the Friendly River City.

Following the tornado, our town was once again hit by a fire that erupted in that same little Episcopal church that held the fundraiser. That fire sparked another outpouring of generosity.

The little Episcopal church started to host a community meal on the first Sunday of every month. The meal is home cooked for anyone wanting friendship or a bite to eat. This idea rolled on down the block and now each Sunday on a rotating basis a local church opens their doors and serves a meal at no cost to anyone interested. These churches nestled around the city park make it convenient for those around town. A woman from yet another church donated a good sum of money to keep these meals coming.

The Kindness of Strangers

There she was — a few customers ahead of me in line. A fragile woman moving slower than the rest of us hurriedly trying to get in our Saturday morning errands. All her groceries were bagged and totaled. There was a pause; something was happening. Our local Handy Foods was unusually busy this day. I couldn’t quite hear what was going on — I was too far back in line. However, I know the voice of panic. It became apparent to me that her wallet was missing.

The women in front of me turned to explain. Without hesitation, we said simultaneously, “let’s split the bill.” The woman was taken to the front desk so they could help her retrace her steps. That Saturday she never did learn who picked up her bill, and we didn’t want her to know because we pay it forward in Ottawa, Illinois.

We’re veteran-friendly in Ottawa, Illinois! Right across the street from the classic Roxy Cinema sits our American Legion. They serve up fellowship, festivities and food!

Where would small town America be if it wasn’t for our noble veterans? Each year on Memorial Day, the local cemetery gathers flags from the area veterans and places them on an awesome display to honor our fallen heroes. It is quite a spectacular display! In addition, we have a parade and a laying of the wreath. We love and respect our veterans in Ottawa, Illinois. Nice, you want nice? What could be nicer than Sesame Street nice? Bob McGrath hails from where else – Ottawa, Illinois!

What do you think of Ottawa, IL? 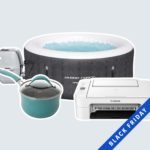 These 12 Nicest Places in America Will Tug at Your Heartstrings