"Waterfront area lights up with kindness in Providence—literally"

Named a Finalist Because: From sick children in the hospital to newcomers with a story to tell, Providence finds unique ways to light up new connections between its residents—all without costing a penny.

From the Editors: Sometimes a simple gesture can morph, almost by accident, into a powerful connection between residents who don’t know each other. That’s how Providence’s “Good Night Lights” project came to be a beacon—actually, dozens of beacons—of hope.

In 2010, Steve Brosnihan, a resident cartoonist at the Hasbro Children’s Hospital, was saying good night to a teenage patient when he had an idea. Brosnihan told the teenager to wait until he left, then look out his hospital room window towards the corner near the bus stop. The cartoonist biked to that spot in the India Point Park area, turned around, and flickered his bike light up toward the hospital. To his surprise, the teen flickered his own room lights in response.

Every night after that, the cartoonist flickered his light and kids flickered back, and before long, local businesses, law enforcement officers, even tugboats on the Providence River joined in, giving a sort of incandescent good night wave to kids who are going through scary situations and sleeping in a strange place, maybe for the first time.

“It is all I look forward to basically all day,” said Abigail Waldron, 10, who has seen Good Night Lights during two extended stays for leukemia treatment. “It just shows you that somebody is helping you through your whole experience in the hospital.”

Providence has a history of finding ways to connect people together. Last year, a local photographer took billboard-sized photos of residents—an Iraqi war veteran, a mother nursing her baby, a Haitian bus driver—and mounted them on walls around the city, prompting discussions on community in immigrant-rich Providence. “I just think it’s a project that really describes the city in a really understated, beautiful way,” Lynn McCormack, former director of Providence’s Department of Arts, Culture + Tourism, told the Boston Globe.

Read Alexis Whitley’s nomination below to learn more about why Providence might just be the Nicest Place in America. 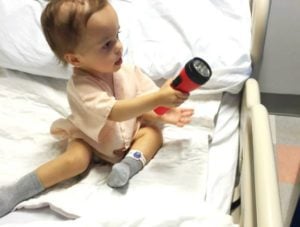 Providence is home to many community events including the Chowder Cook-Off, the Blues & BBQ festival, but most importantly Goodnight Lights, a magical city-wide spectacle implemented to cheer up the sick kids at Hasbro Children’s Hospital every Wednesday night.  For three minutes at 8:30 P.M., buildings across the city flicker their lights on and off to wish the children good-night. The Providence police even park their cruisers along the shoreline overlook to shine their blue and red emergency lights.

Providence as a whole is built on kindness and acceptance. The  “Good Night Lights” initiative is a simple but effective way to make a child’s day. It has been a chance for the community to join together and not only support young patients but spread kindness to each other. The initiative started out as nothing more than a game that resident hospital cartoonist and volunteer, Steve Brosnihan, played with the kids. He told them to look out their windows for his flickering bike lights at night. Brosnihan would bike to the India Point bus stop and turn his bike lights on and off to say goodnight to the children on his way home. 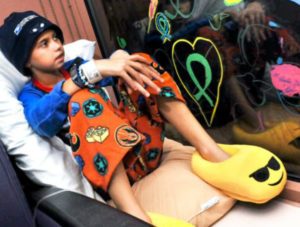 The cartoonist knew he was onto something when he saw how happy his game made the children feel.

Soon, Brosnihan decided to get the rest of the community on board. The owners of Hot Club, an iconic Providence bar next to the bus stop, started to flicker their neon sign and tell patrons to turn their flashlights on and off, tugboat lights from the Providence Steamboat Company join in, along with some of the city’s tallest skyscrapers.

What do you think of Providence, RI?