Hurricane Katrina wiped out 58 of the 60 homes here. But the town’s back with a bang, celebrating their recovery with a huge fireworks display.

The Fourth of July celebration at Jourdan River Estates in Kiln, Mississippi, is a real blast. Each year residents of the 60-home neighborhood collect about $15,000 to spend on a rocking fireworks display.

Folks in the small, rural “weekender” neighborhood of vacation homes on stilts and little docks on canals are patriotic, sure, but that’s not the reason they put everything they have into celebrating our nation’s founding. They have something of their own to celebrate too.

When residents were told to evacuate their homes as Hurricane Katrina approached in 2005, they took what they could carry, assuming they’d be back to life as normal soon.

“I took only two pairs of pants and two shirts when we evacuated,” says resident Lonnie Falgout. “I never thought it would get that bad,”

When they returned, where about 60 houses stood, only two remained.

“It looked like someone took a broom and just swept it clean,” says Falgout.

But the catastrophic event pulled the residents closer than ever before. The recovery is still ongoing, but together they’ve bounced back stronger.

“In the beginning it was just dealing with insurance companies,” says Falgout. “There were no houses, but we would sit and talk, we would cook for one another. We just survived.”

Since those early, dark days, more than 60 homes have been rebuilt.

“Every time someone moves in we have a function with food and music. We want them to get to know who is here, who’s new and old, all of that,” he says.

And then there’s the Fourth of July. For 11 years they have done the huge blowout to celebrate the return of the neighborhood post-Katrina. In addition to the fireworks, there’s a boat parade, a waterslide, volleyball courts, and a band.

“People can just dance in the street,” Falgout says. “It’s a good time. There’s so much that makes it special.”

We’re a sleepy weekender community of fifty seven homes where folks put their extra monies for a weekend retreat home to get away from their weekday routine. Hurricanes are the norm on the Gulf Coast and this one was no different. That would change in a twenty four hour period.

Five to six days after Katrina some of us returned to a place where only two houses now stood and an area so clean of any reminders that it looks like a giant broom swept it clean. From day one of fighting with unscrupulous insurance companies, FEMA, looters and descending con artists from all over this country dodged it all. The old timers, regulars and newcomers banded together day in, day out and night time to protect our normalcy in rebuilding with integrity and blood, sweat and tears. We have protected us all against all to return all that wanted to come back! We are now approaching sixty plus homes returning to the wonderful sleepy neighborhood of brotherhood.

What do you think of The Nicest Place in Mississippi: Jourdan River Estates? 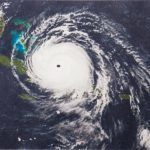 This City Has the Highest Hurricane Risk on the East Coast 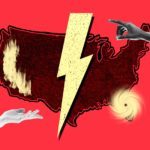 The U.S. States Most Prone to Natural Disasters