NICEST PLACES IN AMERICA 2020 FINALIST
"The Biggest Tip Jar Ever"

Imagine one day suddenly being out of a job and, to make matters worse, everyone you’ve ever worked with was laid off too, and anywhere you might find a new job is closed. In addition to money, you could probably use some encouragement that things were going to be okay. This is exactly the predicament folks who work in restaurants, hotels, and other places where people used to gather before COVID-19 found themselves in: need money, need hope. One Virginia woman decided to invent a way to provide both.

Melissa Corrigan is a veteran and a mom of six, who created a way for these unemployed service industry workers to still get paid via donations: the Virtual Tip Jar.

“A lot of these people are literally without food right now,” she told Food and Wine.

So, how does virtual tipping work? It’s the exact same process you go through at the end of a good meal, well-served, except from the comfort of your couch. Users choose a city and a recipient from a growing list of workers organized by folks across the United States. Payment processors like Venmo, PayPal, or CashApp take care of the rest. In addition to money, users can send a note of encouragement. And just like that, you’re able to help a person in need, whether friend, neighbor, or total stranger. 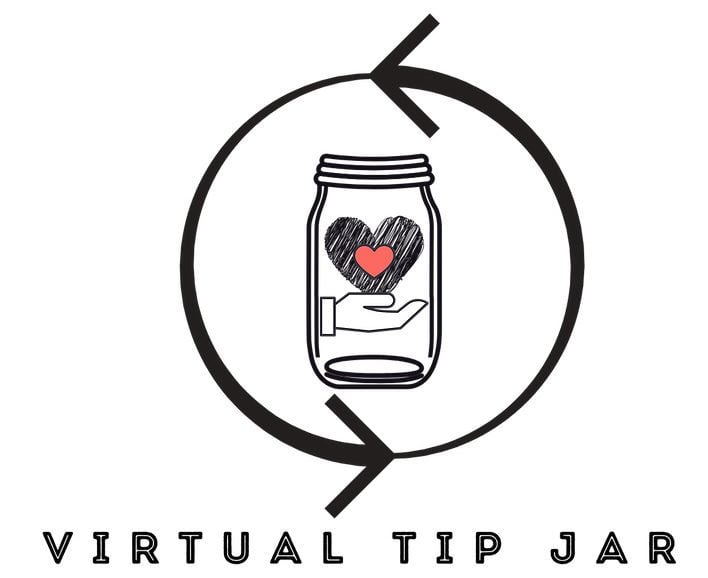 The thing about Corrigan’s tip jar is that it’s more than a way for people in her community to give back—it’s an idea that has spread, sparking kindness across America. The most well-known efforts outside of Corrigan’s are Covidtipjars.com, Virtual Tip Jars, and serviceindustry.tips.

Corrigan has been getting emails from out-of-work servers all over the country, expressing their gratitude.

“I put my name on the list, not expecting much, honestly, but anything helps and that’s all I could hope for,” Jessica Jordan wrote in a note to Corrigan. “I have personally received two donations… one for $10 and one for $25… and I cried my eyes out! The message on the $10 was ‘I hope you’re back to work soon’…from a complete stranger!!! The love and hope that gave me is indescribable and that means more to me than money. Thank you so much for giving us hope and keeping my faith alive.”

An ode to a dear friend and spiritual sistar; Melissa Corrigan. Melissa Corrigan is a Veteran of the United States Navy having served from 2003-2007. She is an esteemed mother of 6, wife of the mighty Keith Corrigan, and overall head compassionate constituent of Norfolk, VA. Amidst the Covid19 outbreak Melissa tirelessly pulled her grit and resources together and became the creator of https://www.VirtualTipJars.org; an organization dedicated to the nationwide facilitation of peer-to-peer donations for suddenly unemployed service industry professionals. Due to Melissa’s creation of VirtualTipJars.org, a selfless avenue was provided for compassionate beings to assist in the sustenance of other service industrty individuals and their familes facing hardships during such times as these. Honored by the privilege, i met Melissa years ago in 2012 when she was the Volunteer Coordinator and Curator for Hampton Roads Pride based out of Norfolk, VA. Her lead by example philanthropy has led innumerable others and myself to our true Divine purpose of being an advocate for light, love, peace, truth, awareness, healing and the overall compassion towards all Beings. Otherwise known as the Hampton Roads, this locale of Virginia is nothing short of magic, ranging from the most majestic local art and artists, to the most nebulous libation of culinary arts to dance upon your taste buds. The diversity and love of the people, the culture, the most illustrious landscapes are nothing short of infinite. For example Norfolk is home to The Botanical Gardens that is to be featured beginning May 13 as part of the US postal service “American Gardens” series.

Virginia is for Lovers and is a hub of creativity. We welcome you.

As far as i am concerned, my situation is to continue to be steadfast in supporting my values sustenance. I must stay calm, positive and have faith. I am a Norfolk Native yet presently reside in the rural area of Hampton Roads entitled Smithfield. Amongst not living in the city resources must be gathered carefully and stored with the best moderation so as to last.

What do you think of The Nicest Place in Virginia: Virtual Tip Jar?