anyaberkut/Getty ImagesWe get it: You just want to get online quickly and without a lot of hassle. Who doesn’t? But if you don’t avoid free Wi-Fi at some key locations and follow a few safety precautions, you could be leaving yourself and your device open to hackers. And guess what—that’s exactly what they’re counting on. Here’s what you need to know to keep your data safe when you’re on the go.

“Think of using public Wi-Fi sort of like using a public bathing facility—it’s more likely to be cleaner if fewer people are using it,” says Alec Sears, a small business communications specialist for Verizon Business. If you need to log into public Wi-Fi, look around the room. The more people who use it, the higher the likelihood that someone will be trying to hack your data. However, if you use the Wi-Fi at a small restaurant or a coffee shop with a few tables, you’re more likely to be safe. That said, it’s important to keep in mind that Wi-Fi is accessible at close proximity, so an attacker could be lurking outside. Don’t miss these other cybersecurity secrets hackers don’t want you to know.

While you might think it’s safe to use Wi-Fi on a plane because it’s a contained environment, that doesn’t mean you should. “The exposure your device and online communications experience on a plane is much broader than what you might experience in a coffee shop,” says Sears. In fact, the U.S. Government Accountability Office (GAO) of the Federal Aviation Administration (FAA) even admitted that there are serious issues with cybersecurity in the air, including the Wi-Fi provided in-flight. “After conducting an extensive investigation and subsequent report in 2015, the GAO concluded that the FAA is lacking in cybersecurity protection against hacks of devices connected to in-flight Wi-Fi,” he says. Instead of going online when you fly, maybe you should take a nap. Here are 8 tips to help you fall asleep on an airplane.

You’re not much safer on the ground. Airports are some of the worst places to use public Wi-Fi. “The network is accessible and visible to everyone, including hackers, and given the number of users logged in, it’s hard to keep such a large network safe,” says Luka Arezina, editor-in-chief of DataProt.

Another issue is that many public locations usually ask for something in return for free Wi-Fi, such as personal information like your email address or social-media log-ins. This exchange can be problematic. “The latter is especially concerning, since if you connect using social-media accounts or Google, your data will be accessible to hackers if the network is compromised,” he explains. Arezina recommends using an alternate email as a precaution. And if you must give out personal info, he suggests limiting it to your phone number, since it technically can’t be hacked the same way social-media accounts can.

Many people think nothing of using Wi-Fi at the gym because most of us aren’t generally trying to access sensitive data like banking while we exercise. But you can run into trouble even if you’re just streaming Netflix on your tablet. Luckily, there’s an easy solution. Consider turning off Wi-Fi and using cellular data instead. If your network coverage at the gym isn’t the best, Anton Kioroglo, Chief Security Officer for Security First IT, recommends investing in a mobile hotspot from another carrier. “Mobile hotspots use cellular data to create a small private Wi-Fi zone, protected with a password akin to public Wi-Fi.” It’s actually easier than you think to do this. Here’s how to turn your smartphone into a mobile hotspot.

While most hotels require a log-in and have secure networks, especially if you are a guest, that doesn’t mean the Wi-Fi is 100 percent safe. According to Armond Caglar of Liberty Advisor Group, hotel networks are ripe for scammers, who can create “evil twin networks” to fool the unsuspecting. “An evil twin is a network that appears as if it might be authentic,” he explains. “But upon closer inspection, it might contain a minor grammatical error, which confirms its malicious nature.” For example, the evil twin of the Hilton Honors Lobby might be Hilt0n H0nors L0bby, using zeros instead of vowels. So, if you need to use hotel Wi-Fi, double-check the name of the network before logging in.

Anywhere you connect to a municipal network

According to digital privacy expert Attila Tomaschek of Pro Privacy, using municipal networks provided by local governments isn’t a great idea. “Connecting through a public Wi-Fi hotspot may be a bit safer in recent years, since most of our sensitive data is sent through encrypted channels and nowadays more and more websites are using Transport Layer Security (TLS) to secure communications between their servers and our devices,” he says. “Still, that doesn’t necessarily mean we should let our guard down and assume it is completely safe to use public Wi-Fi.”

However, some public Wi-Fi hotspots may have safer connections than others. “For instance, municipal public Wi-Fi services often offer secure public networks that will encrypt all the traffic that passes through them,” Tomaschek notes. “But such networks still shouldn’t be counted on to provide 100 percent airtight security.” What else should you know? These secrets to steal from people who never get hacked.

Any place without a secure or encrypted network

Unencrypted or unsecured networks are a privacy disaster waiting to happen. According to programmer and coder Jeremiah LaBrash, an information officer for DYL, Los Angeles, when you’re on an encrypted network, your information goes to the router in a special stream of characters. “It’s like a secret decoder ring for you and the router that sends your information to the websites you’re trying to visit. But most routers are shipped with encryption turned off,” he says. So, if you must use a network that has vulnerabilities, limit what websites you visit and try not to do anything that requires you to log in or provide personal information.

Anywhere that doesn’t require a log-in

If you’re connecting to Wi-Fi that doesn’t require a log-in, you’re not safe. However, if you frequently use public Wi-Fi or are often on the go, a simple way to be secure on any type of public Wi-Fi system is to use a VPN or Virtual Private Network, according to Osama Tahir of VPNRanks. “A VPN encrypts your connection and adds an extra security layer to make you anonymous when online and ensure maximum privacy of your data. With a VPN, you’re less vulnerable to all the data theft and attacks that are possible while using a public Wi-Fi,” he says. Here’s more on how one click can keep your information safe on public Wi-Fi. 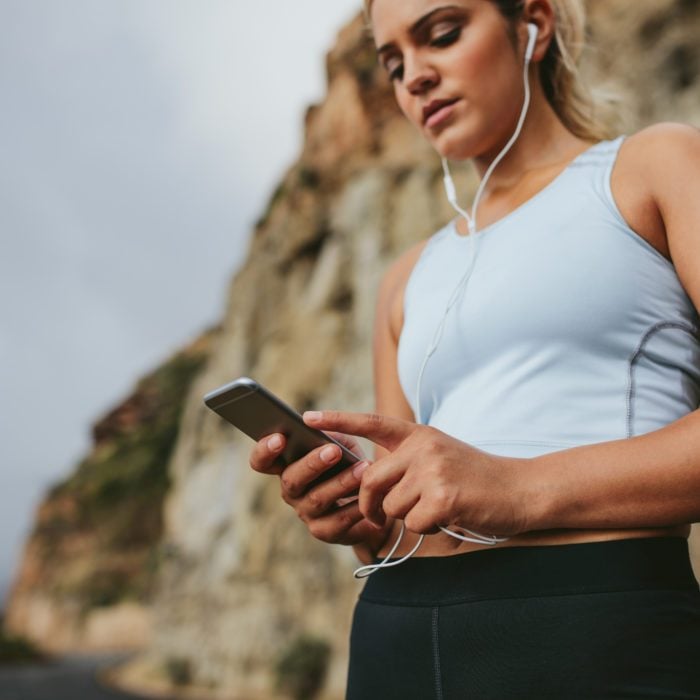 Red Flags Someone Is Spying on Your Phone 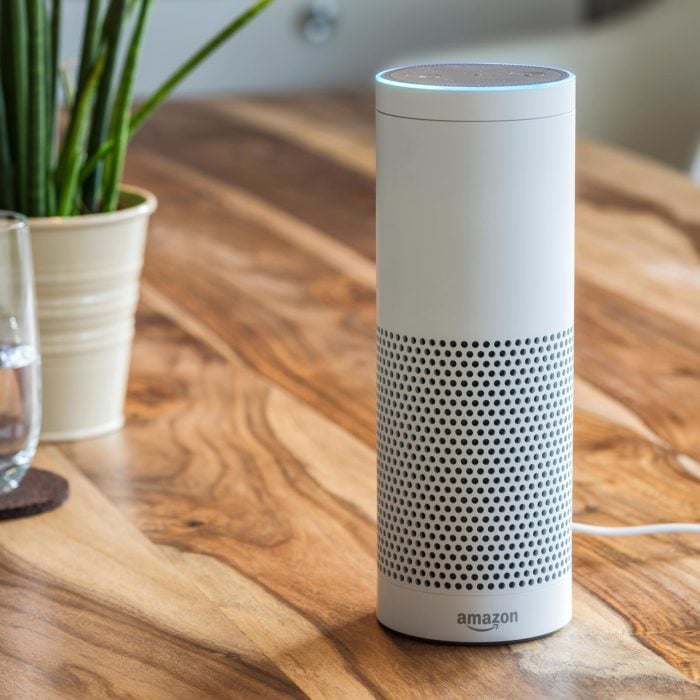 Everyday Things That Can Be Hacked 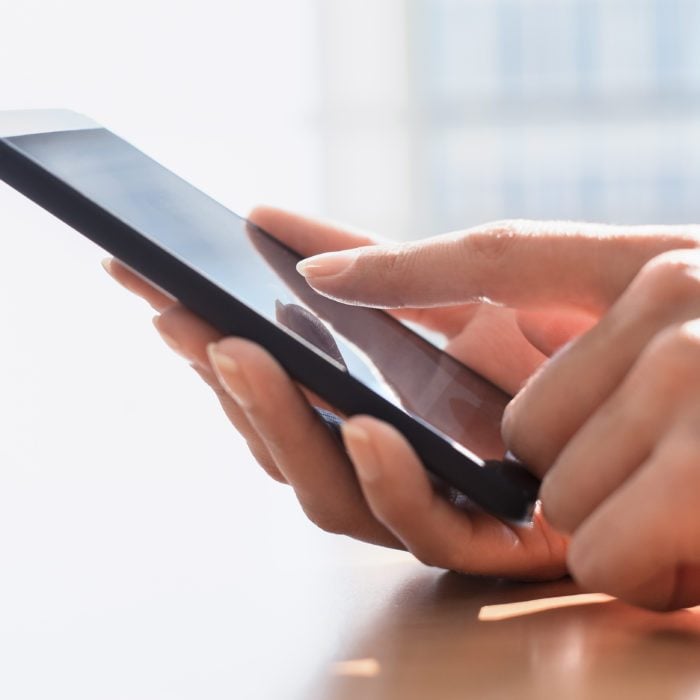 Why Your Phone Is an Easy Target for Hackers

15 Cars That Owners Keep the Longest