Kick-off Asian and Pacific Islander American Heritage Month by learning about some of their incredible contributions.

When you think back to history class, you probably remember learning about things like the 13 original American colonies, the Civil War, and the Industrial Revolution. But what about Asian Americans? Though more than 20 million Americans trace their ancestry back to various parts of Asia, the stories of Asian Americans are largely left out of the history lessons we learn in American schools. To mark Asian and Pacific Islander American Heritage Month, here are the stories of 12 amazing Asian Americans that you may not have heard of, but have each made incredible contributions to the lives we all live today. Discover 18 history lessons your teacher probably lied to you about.

After witnessing the 1906 earthquake in her hometown of San Francisco, California, Dr. Kazue Togasaki knew she wanted to work in the medical profession. Despite graduating first in her nursing class, she was unable to find work because “they ‘didn’t use’ Japanese nurses; the staff wouldn’t have it,” Togasaki explained in an oral history interview. She later attended the Women’s Medical College in Philadelphia, Pennsylvania, graduating in 1933, one of the first two Japanese-American women to earn a medical degree. During World War II, Togasaki was sent to an internment camp with other Japanese Americans, where she offered her medical services to others in the center, especially pregnant women. In one month at the camp, she delivered 50 babies and led an all-Japanese-American medical team. After the war, Togasaki returned to San Francisco and established her own medical practice, where she delivered more than 10,000 babies before she retired at the age of 75. Here are 16 other incredible women you probably didn’t learn about in history class. 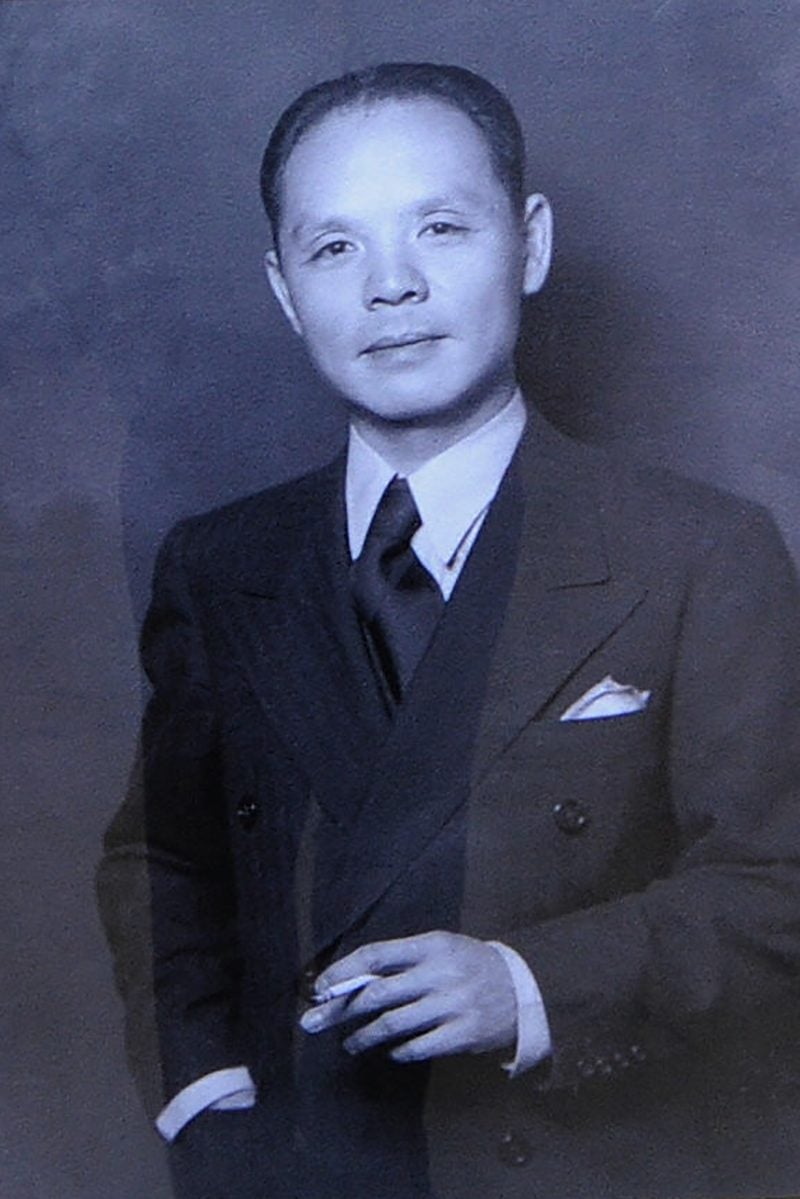 Known as the “Chinese Schindler,” a reference to Oskar Schindler, Dr. Feng Shan Ho issued thousands of visas to Shanghai to Jews in Austria between 1938 and 1940, saving them from the Holocaust. At that time, he served as the consul general of the then-Nationalist Chinese government’s consulate in Vienna and issued visas to fleeing Jews, going against the orders of his superior. “Nowadays most people believe that he saved more than 5,000 lives at the time,” Xu Xin, a professor and a leading expert on Jewish studies at Nanjing University, told CNN. “More importantly, Ho was probably the first diplomat to really take action to save the Jews.”

At a time when it was incredibly rare to see Asian Americans in the entertainment profession, Dorothy Toy danced her way on to stages and screens in the 1930s and 1940s. Toy grew up in Los Angeles, California, across the street from a vaudeville theater. When the manager spotted her dancing outside her family’s restaurant, he encouraged her parents to sign her up for dance lessons. Soon she began performing with Paul Wing, and they became known as “the Chinese Fred Astaire and Ginger Rogers,” though Toy was of Japanese descent. They headlined vaudeville shows, performed on Broadway, and appeared in the 1934 film Happiness Ahead. Learn the history behind the Chinese New Year. 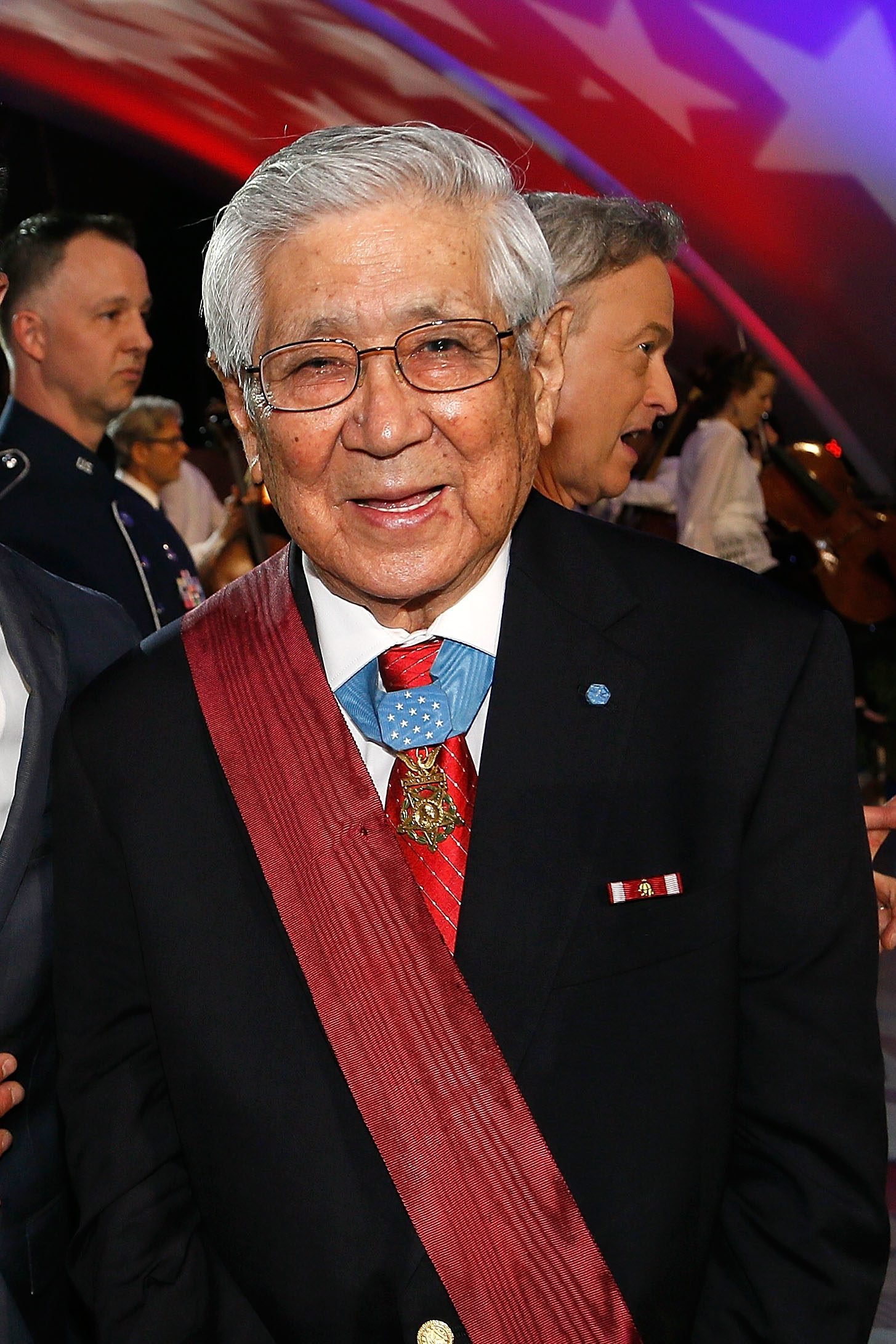 Born in Gallup, New Mexico, Hiroshi “Hershey” Miyamura is a second-generation Japanese American. At a time when his fellow Japanese Americans were being interned in camps in the United States, Miyamura enlisted in the U.S. Army in 1945. (The city of Gallup did not permit its Japanese American residents to be removed and interned.) He went on to serve in the Korean War, where he put his own life on the line during one battle in order to protect the other members of his battalion, going as far as engaging in hand-to-hand combat. Eventually, he was wounded and pretended to be dead before he was taken as a prisoner of war by the Chinese. Miyamura spent two years in a Chinese prison camp before he was released, and then granted the Medal of Honor for his actions in his last battle. Find out about 31 famous people you never knew were veterans. 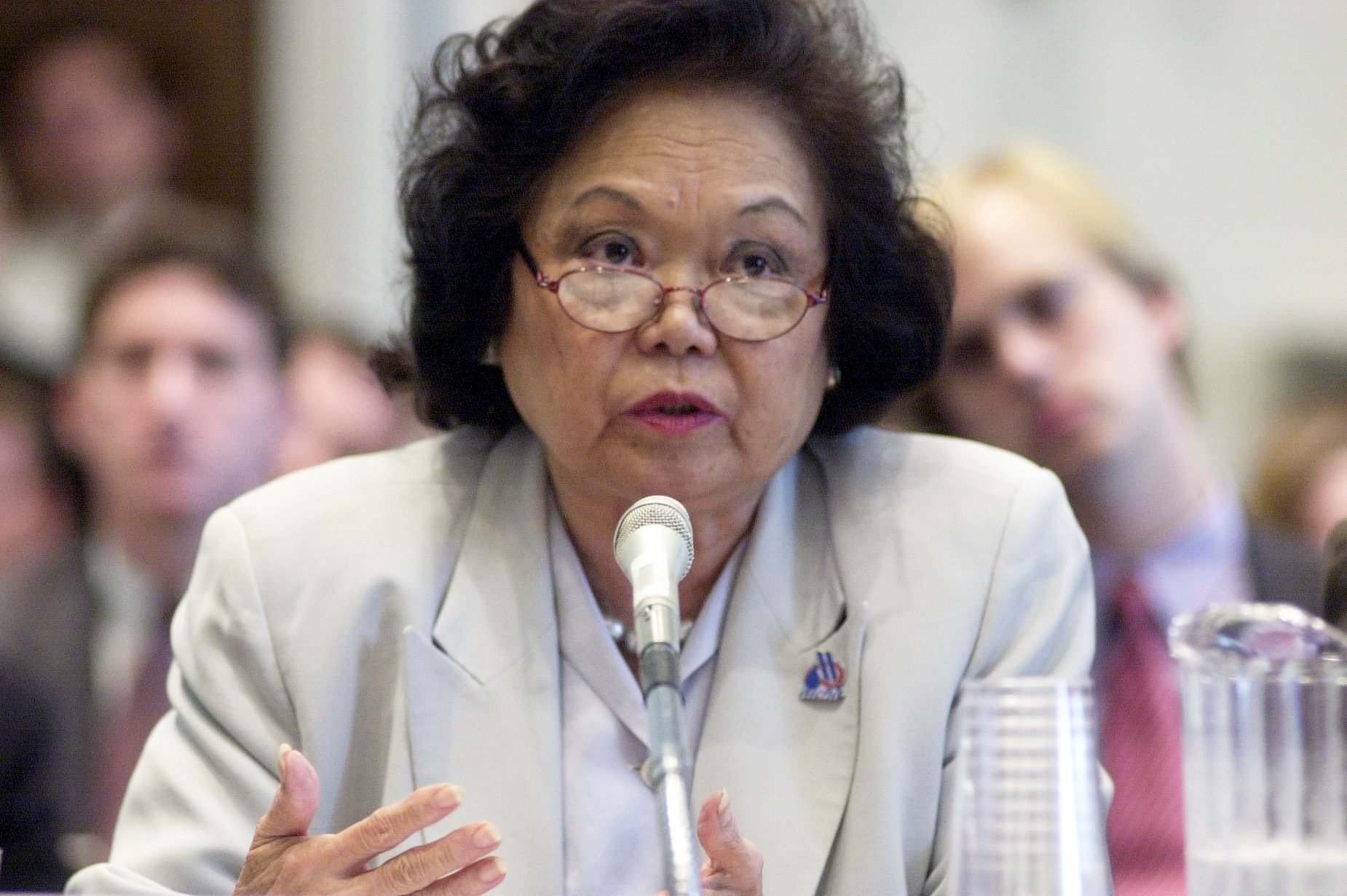 Not only was Patsy Mink the first Asian American woman elected to the U.S. Congress in 1964, she was also the first woman from an ethnic minority group to make it into the elite lawmaking body. Mink spent four decades in the House of Representatives, speaking out in favor of the rights of immigrants, minorities, women, and children. She was also one of the major players involved in getting Title IX—the legislation that brought academic and athletic equity to American educational institutions—passed. In 1972, she became the first Asian American woman to seek the Democratic presidential nomination. Find out 57 other famous female firsts.

Born in a Japanese internment camp in 1943, Kiyoshi Kuromiya became a prominent activist whose work spanned several different movements, including civil rights, protesting the Vietnam War, LGBT rights, and AIDS/HIV advocacy. In his 20s, Kuromiya spent the spring and summer of 1965 fighting for civil rights, befriending Dr. Martin Luther King Jr. in the process. Following King’s assassination, Kuromiya helped look after his children. In 1968, Kuromiya organized a demonstration against the use of napalm in the Vietnam War. He also became a strong advocate for LGBTQ rights, both before and after he was diagnosed with AIDS in 1989. Don’t miss these 14 rarely seen photos of Martin Luther King. 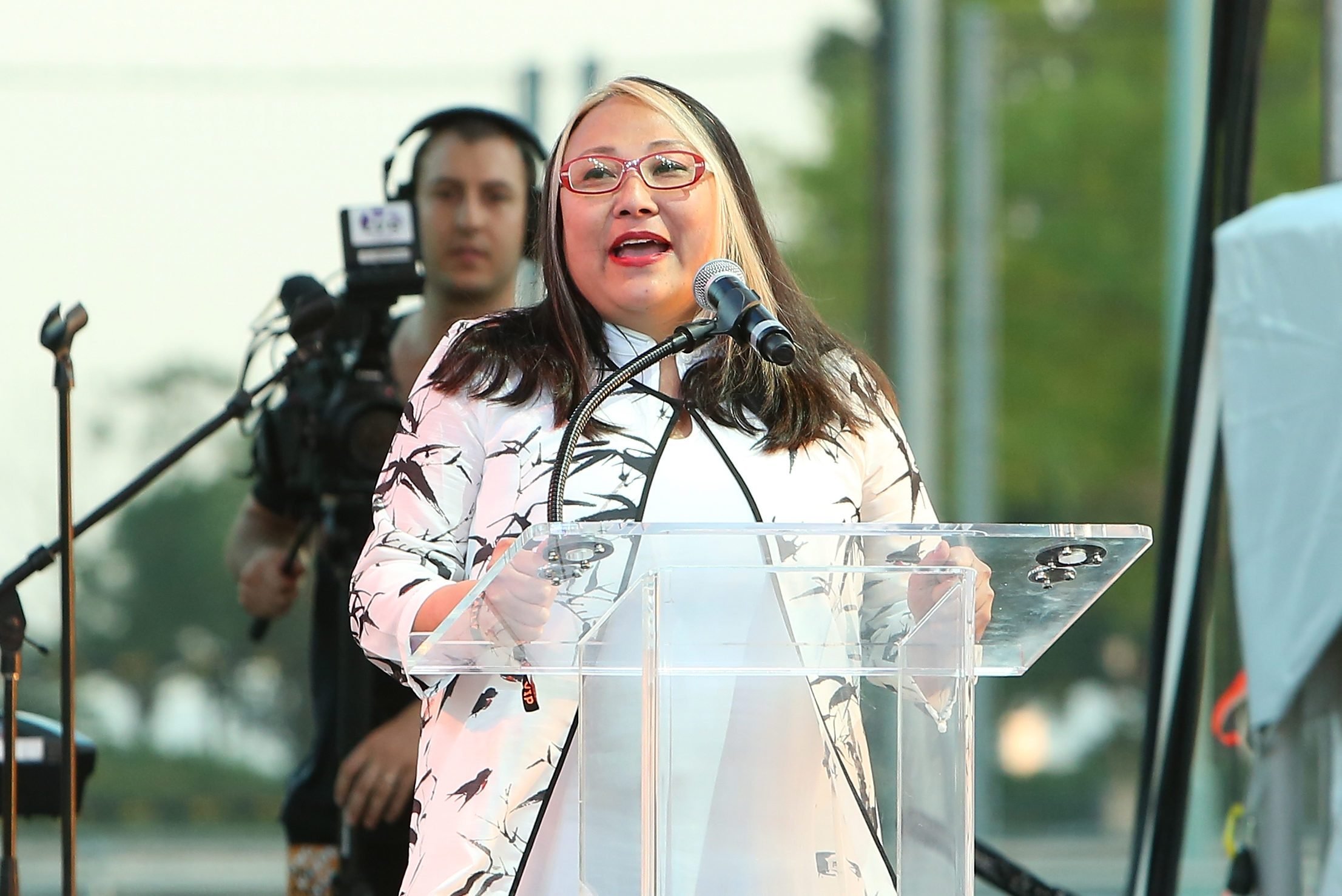 Since the early 1990s, Cecelia Chung has been one of the leading voices advocating for transgender rights. As an Asian American HIV-positive transgender woman, Chung began her work in San Francisco, formerly serving as the chair of the San Francisco Human Rights Commission and later on the Presidential Advisory Council on HIV/AIDS. “When I was coming into the movement [in the early ’90s], transgender people were dying left and right—not just because of violence, but because of what we later found out was HIV,” she told Them magazine. “We weren’t just fighting for our rights, we were fighting for our lives by demanding treatment and more research. We were also demanding to be seen as human beings.” Chung currently works at the Transgender Law Center and is the director of Positively Trans, a project addresses inequities, stigma, and discrimination nationally and in local communities through community-driven research, leadership development, and storytelling. Learn more about the history of the LGBTQ movement, including why the rainbow is used as a symbol for gay rights.

Born in 1902 to a Hawaiian mother and a father from Shanghai, Walter Achiu was one of the first major sports celebrities in the United States. His athletic career began in high school and continued through college, where he played football and baseball, ran track, and participated in wrestling at the University of Dayton in Ohio. Achiu—who went by the nickname “Sneeze” because of how his last name is pronounced—went on to play for the National Football League starting in 1927. He later became a professional wrestling champion in the 1950s. 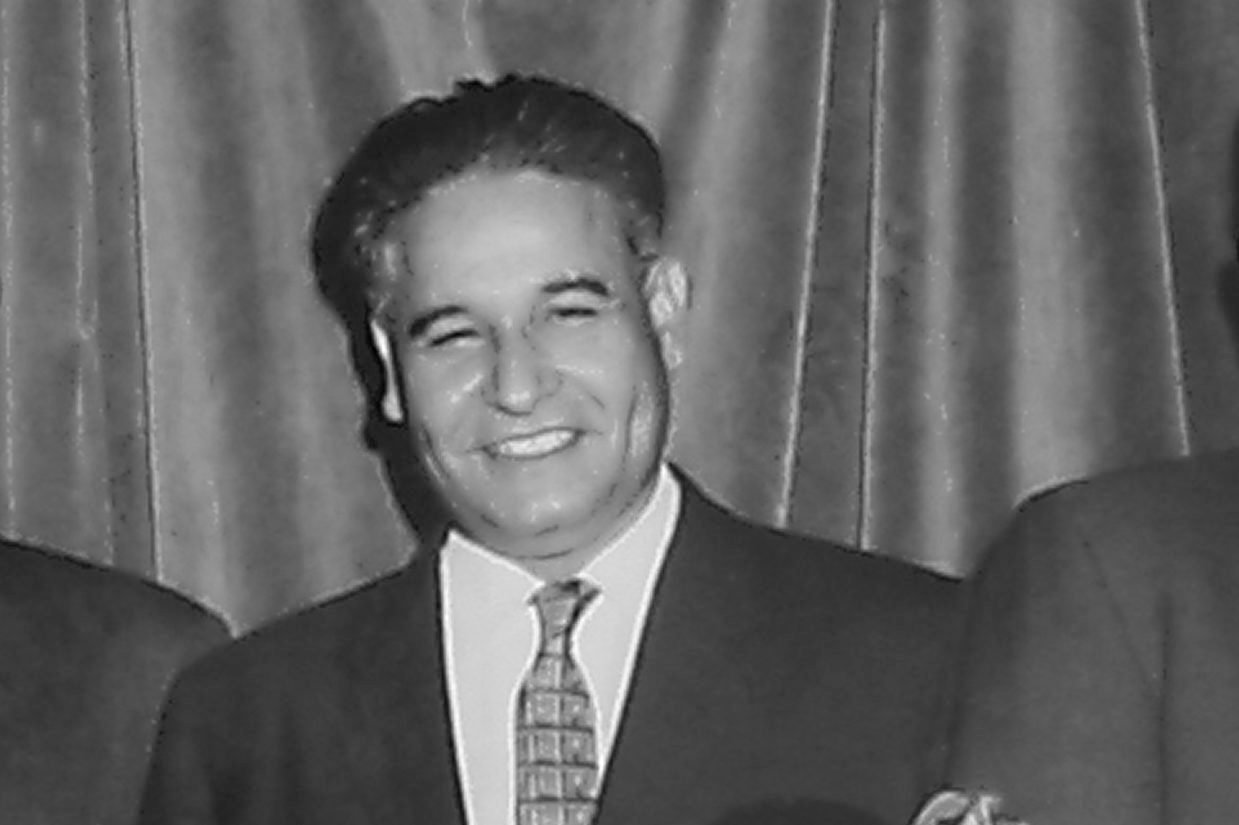 In 1954, Dalip Singh Saund became the first Asian American elected to the U.S. Congress. Saund was born in India in 1899, and came to the United States to study math in 1920, eventually earning his doctorate from the University of California, Berkeley. He moved to Southern California during the Depression, where he worked as a farmer for more than 20 years before starting his own fertilizer business in the early 1950s. Though he became politically and socially active, Saund wasn’t able to run for office because federal law prevented him from becoming a U.S. citizen. After working to overturn that policy, he became a citizen in 1949 and soon ran for office as a local judge. He served four years as a judge before being elected to Congress in 1954. 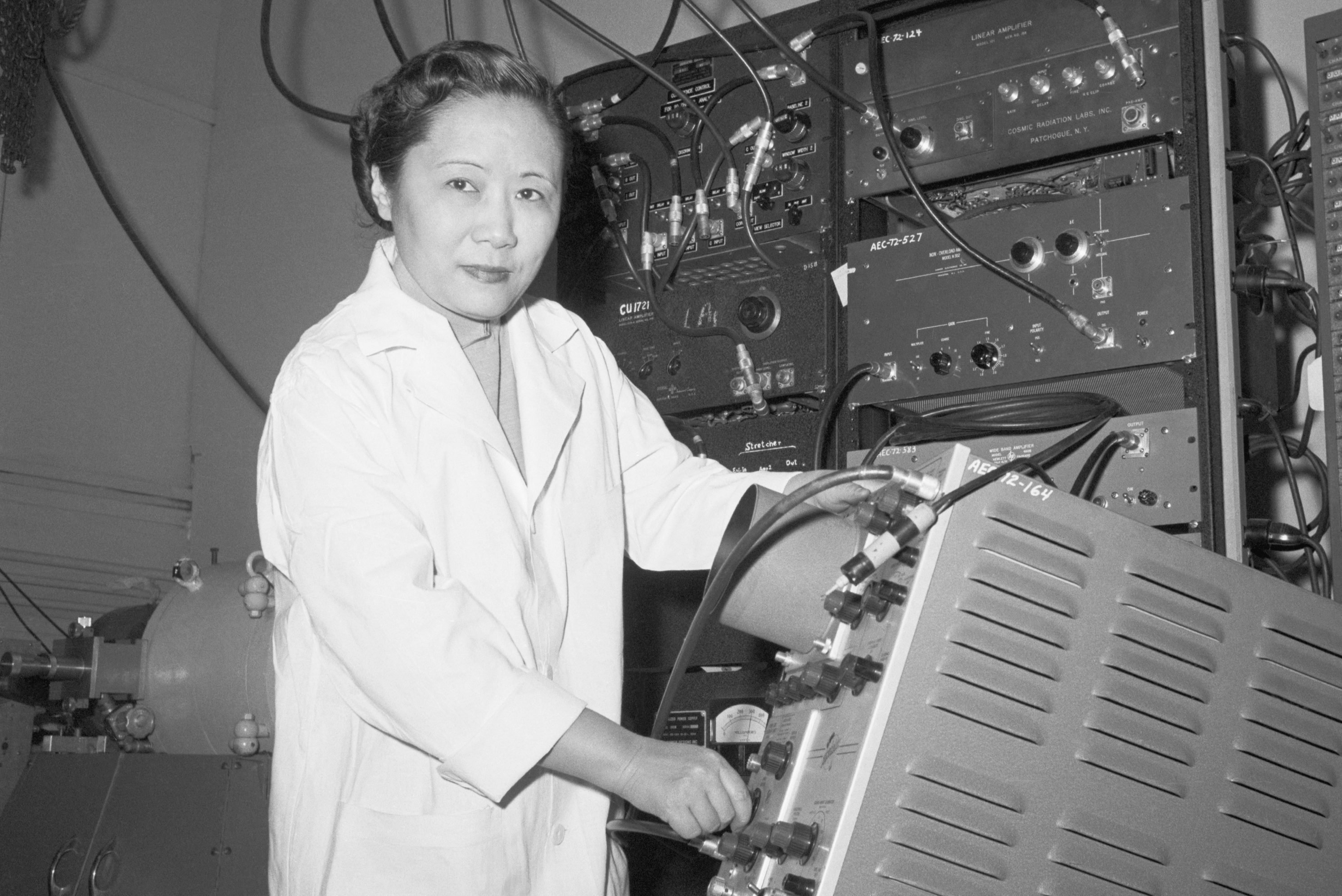 Known as both the “First Lady of Physics” and the “Chinese Marie Curie,” Dr. Chien-Shiung Wu made significant contributions to physics during her long career. Born in China, Wu moved to California, where she completed her PhD in 1940 at the University of California, Berkeley. Wu joined the research staff at Columbia University in 1944, where she worked on the Manhattan Project, which helped the United States develop the atomic bomb during World War II. But despite her accomplishments, Wu still faced discrimination working as a woman in the field of science. She fought for equal pay throughout her career, and eventually became the first woman to serve as president of the American Physical Society. Find out about 30 more pioneering women who changed the world.

Known as the “samurai chemist,” in 1901, Jokichi Takamine was the first person to isolate the chemical adrenalin (now called epinephrine) from the suprarenal gland (1901). This was a major scientific achievement, as it was the first pure hormone to be isolated from natural sources. Though Takamine was born in Japan, he spent most of his adult life in the United States. After he rose to prominence as a scientist, Takamine turned his attention toward improving the position of Japanese Americans. For example, in 1909, when he found out that First Lady Helen Herron Taft was working to beautify the Tidal Basin area around the Potomac River, he funded a gift of 2000 cherry trees from the mayor of Tokyo to the city of Washington, D.C.—yes, those cherry trees in the nation’s capital. Can’t make it to the nation’s capital to see the cherry blossoms this year? These photos of national parks in full bloom will tide you over. 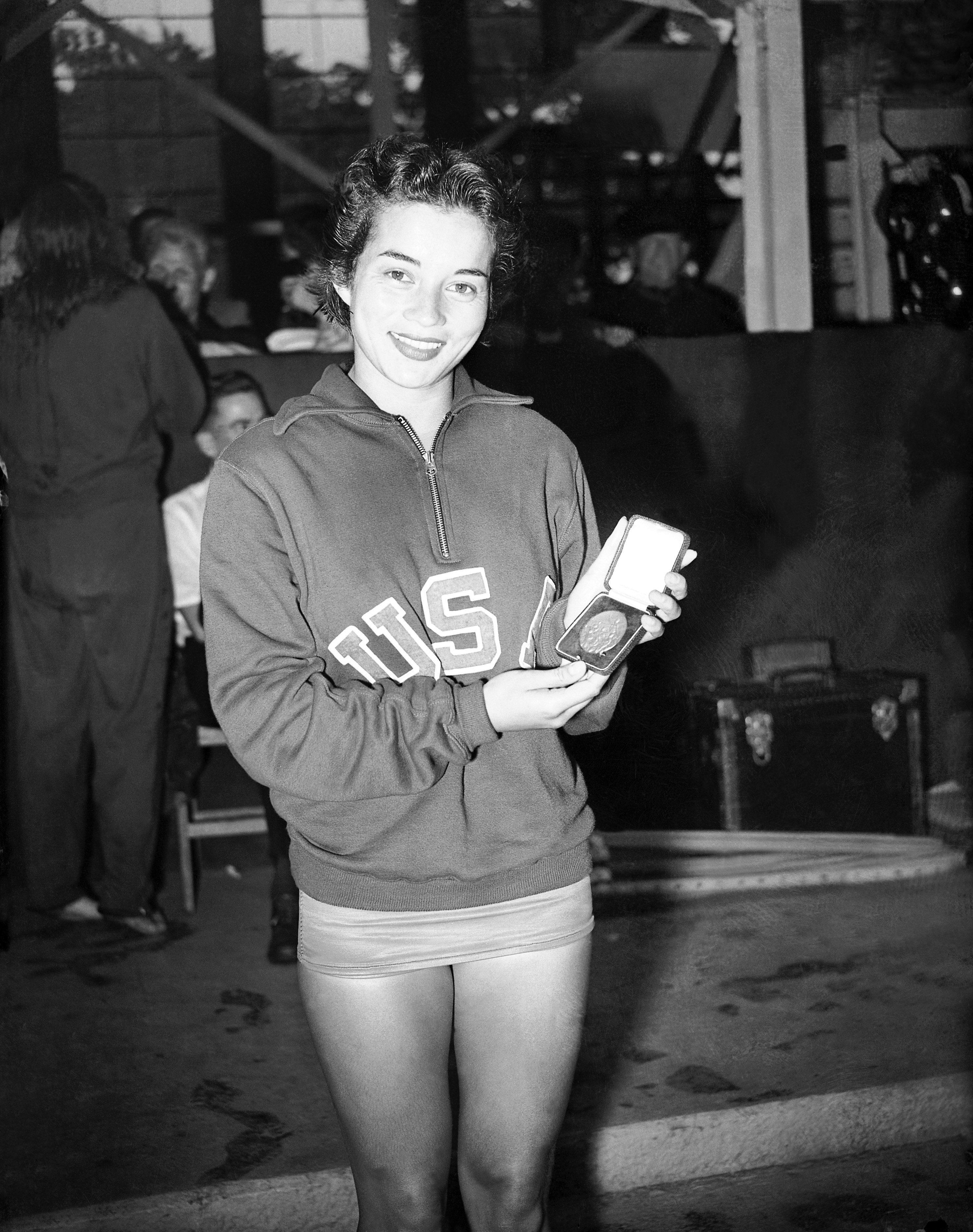 Unlike many Olympians who began practicing their sport from a very young age, Victoria “Vicki” Draves didn’t start diving until the age of 16. Only six years later, Draves earned her first national diving title. But she truly rose to prominence in 1948, after participating in the London Summer Olympic Games, where she won gold medals from both the 3m springboard and 10m platform—the first female diver to achieve that feat. She was also the first Asian American to win an Olympic medal. After the Olympics, Draves toured the United States and Europe performing in a water extravaganza show, before settling down with her husband—and diving coach—to teach children swimming and diving.

Next, read on to learn about historical facts you’ll really wish weren’t true.

Hidden Gems You Can Only See in Japan

This Is the Most Overlooked Fire Hazard at Home
Earth Day Quiz: How Well Do You Know Our Earth?
Pi Day: How Pi Was Almost Changed to 3.2