It's not because they go with her outfits. 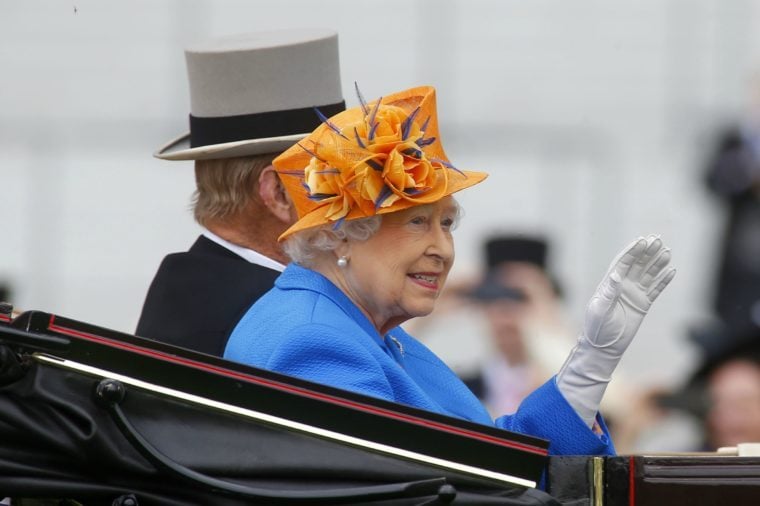 When you think of Queen Elizabeth II, you probably have a very distinct outfit in your mind: colored suit, hat, handbag, and of course a pair of gloves that help her make the most regal of waves.

Cornelia James glove makers have been in charge of the royal gloves since the founder made gloves for Queen Elizabeth II’s honeymoon in 1947. Genevieve James, creative director and daughter of the founder, says the Queen wears gloves for a few reasons. Not only would an outfit with a hat and handbag look utterly unfinished without gloves, but they protect her hands from dirt and damage when shaking hands all day. But that doesn’t mean she comes home with a pair of grimy gloves. “I imagine she always has two or three pairs in her handbag to spare,” says James. By the way, you’ll never guess the real reason Queen Elizabeth carries a purse or why she wears bright outfits all the time.

The Queen will also get the gloves washed and repaired rather than tossing each £110 ($140) pair out as soon as they see any damage. “I think the royal family wants to be seen as being economical, not wasting money on things like that,” says James. “She’ll wear her gloves for 40 years and will pull some out from a long time ago.” Instead of buying a new pair every week, the Queen usually makes a big order of, say, three dozen pairs, then won’t go back the rest of the year.

Queen Elizabeth II typically wears the gloves from the Francesca or (fittingly) Regina collection, with the length custom-made. Her gloves stretch five inches from the base of the thumb up the arm. “When you’re the queen and you’re shaking hands, you don’t really want to show your arms,” says James. “The glove goes a bit under her [sleeve], so you don’t actually see any arm.” Each pair takes about 45 minutes to an hour to make, she says.

For years, the Queen’s classic gloves have been made of brushed cotton. Recently, though, she requested something a bit lighter, so James found Swiss cotton jersey from a factory in Switzerland. “I ordered 70 meters, which is a lot of gloves, but it’s the queen,” James says.

Queen Elizabeth II isn’t James’ only royal client. Princess Anne comes to Cornelia James, and James says her mom was responsible for getting Princess Diana into gloves. “Princess Diana never wore gloves for a long time, and my mother noticed she bit her nails,” says James. “She said she should wear gloves. The next day we got a call from the palace … and Diana asked for gloves.” Check out more fashion tips to steal from Princess Diana.

Cornelia James Ltd. has also made gloves for Kate Middleton. The Duchess of Cambridge is a fan of merino wool gloves with a bow from the Imogen collection—the same ones Taylor Swift wore in her “Blank Space” music video. Some of James’ other famous clients include Rihanna, Madonna, and the Harry Potter, Downton Abbey, and Mama Mia casts.

James has met the queen in person once, but it’s an experience she’ll never forget. She and other royal warrant holders did a Christmas fair in Buckingham palace to sell their goods. James went with handbags, gloves, and other small goods, so she didn’t stand out as a glove maker.

Suddenly, a hush fell over the room, and someone said the queen was there. The queen went right in front of James, wearing a bright green suit. (Find out why the queen always wears neon.) James was in awe. “I bowed—I didn’t curtsy—and said, ‘Your majesty, I’m your glove maker,’” James says. “She says, ‘I know exactly who you are.’”

It’s no surprise that even though they’d never met in person, James’ company made a big impact on Queen Elizabeth II. Those gloves are important enough to the queen that she made an emergency call in 2004, when she was about to go to Korea and her order of white gloves hadn’t arrived yet. Luckily, the company had similar ones on hand, so James’ husband hopped on his motorbike to drive the hour and a half from their workhouse in Sussex to London, the gloves in his backpack.

This happened to be the day of the London Marathon, so the shut roads meant he had to meander through alternate routes until he reached Buckingham Palace. Naturally, the guards didn’t believe that he actually needed to make an emergency glove delivery to the queen. But the security guard also owned a motorbike, and the two got chatting. After the two bonded over motorcycles, the security guard let him through, says James. The original gloves would arrive later, but the queen got the backups in time for her trip and couldn’t be more relieved.

“They’re an integral part of her outfit,” says James. “You never see her without gloves.” 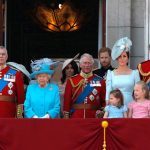 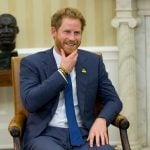