My Feet Were Always Cold—Until I Ordered These Australian Boots

These are the best boots to keep your feet warm when winter hits. Thank you, sheepskin!

I was born, raised, and currently live in what I lovingly refer to as “the frozen tundra.” Central Wisconsin’s winters are no joke. We see regular blizzards, January average lows in the single digits, and wind chills as arctic as negative 38 degrees—yes that’s in Fahrenheit. Despite what you might think, I am not “used to the cold.” In fact, I think all of those mornings waiting for the school bus in below-freezing weather set my feet to a permanently freezing setting. My feet are always cold.

That is, until I ordered these Australian boots. Find out what your shoes say about your personality. 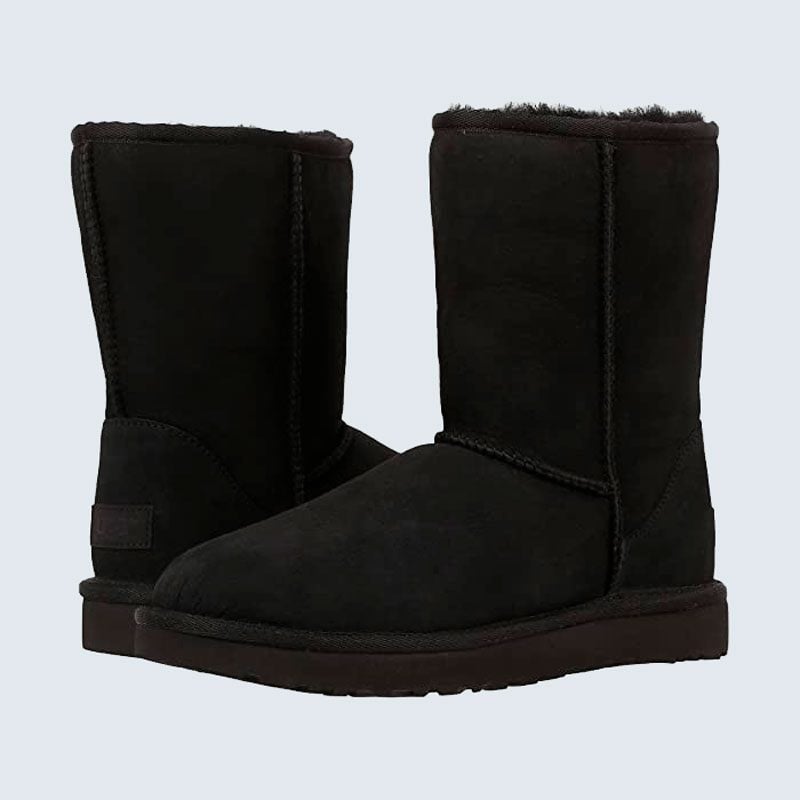 A little history of Ugg boots

Like a lot of people, I had an opinion on Ugg boots before I even tried one on. I didn’t know the unisex sheepskin boots were invented in California by Australian surfers in the 1970s, as a way to keep their feet warm and dry on chilly surf mornings. I really only knew that after Oprah declared Ugg boots one of her “favorite things” in 2000, the boots were seemingly everywhere. They represented a sort of footwear uniform for sorority sisters and off-duty models and actresses. And they cost more than I usually spent on boots and shoes. I figured Ugg boots just weren’t for me.

As the brand launched pastel candy colors and graced the cover of Vogue, knockoff Ugg-inspired boots at more affordable prices (but, lower-quality materials) sold everywhere from Walmart to Kohl’s. The once trendy fashion item that women splurged on became banished to “basic.” Uggs were now a millennium fashion joke, like jeggings. But big fashion trends aside, Ugg boots never went away. A contingency of people who loved how soft and incredibly warm the boots are kept quietly carrying on with Ugg. Learn how to make your shoes last longer.

Fast forward to 2017, when I was living in Los Angeles. A little known fact about older homes in L.A. is that they’re not that warm. Many were designed to keep the house cool in the scorching summer months. Small heaters and furnaces do little to help heat tile floors and drafty windows come with the occasional temperature dips in November through February. I was watching a movie in a friend’s living room, and my feet were freezing (as usual). She kindly offered me a pair of Ugg boots to warm up. I turned up an eyebrow (OK, and maybe my nose).

“They’re super warm,” she assured me. I slipped one boot on and I was instantly transformed. As I quickly pulled the other boot over my cold toes, I regretted the time I’d wasted ignoring Ugg boots. I could have had warm and comfortable feet for years—even decades. I’d describe wearing Ugg boots as a similar sensation to stepping into heated marshmallows. Of course, those actresses and sorority girls appreciated the comfort of Ugg boots after long days wearing stiletto heels. It suddenly all made sense. Ugg boots are probably the most comfortable footwear available for women. That’s why they never really went away. And that’s why Ugg boots are again a best seller—just like Birkenstocks and clogs. 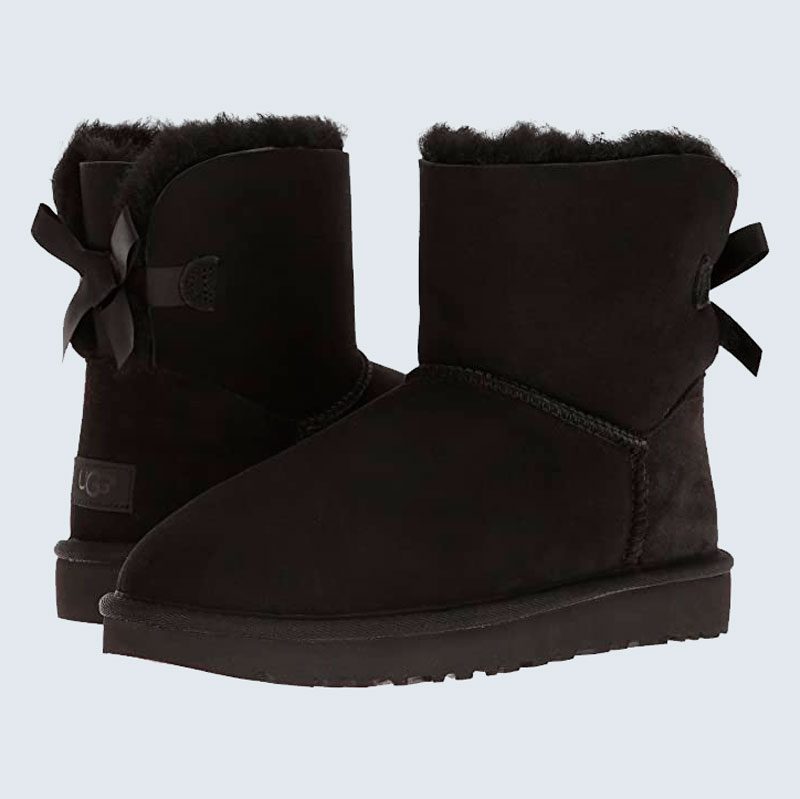 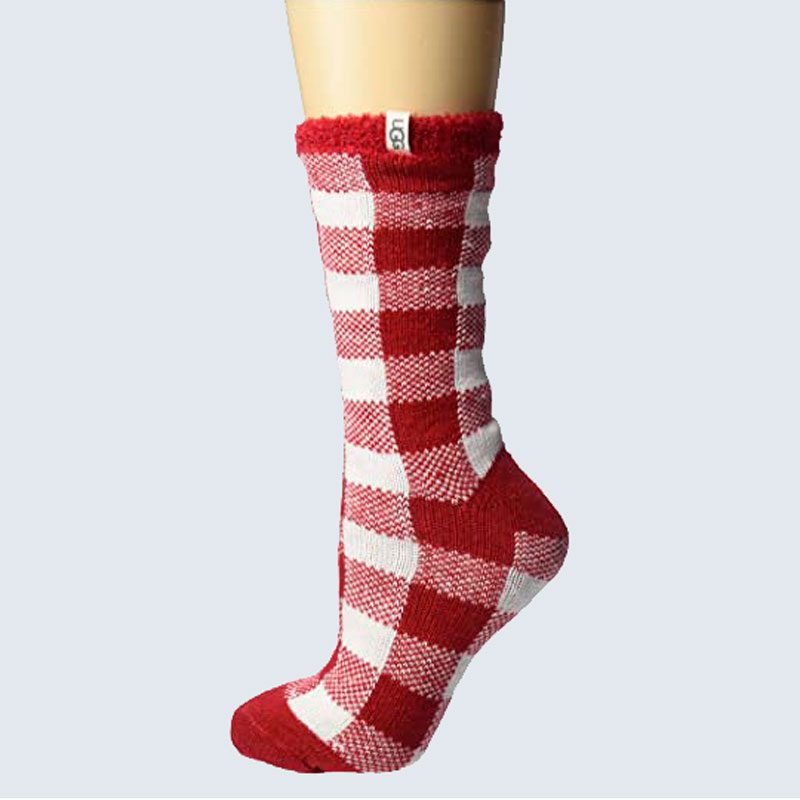 What I love about Ugg boots

I bought a pair of Ugg Classic Short II boots (in black) almost immediately. I was pleasantly surprised to learn that not only were the Ugg boots as warm and soft as I’d experienced, but they are also functional. They’re made from stain- and water-resistant material. Ugg Signature Twinface sheepskin linings are treated on both sides to provide maximum softness and comfort. Genuine sheepskin-lined foam footbed offers additional comfort and warmth. And, the treads provide increased traction and cushioning for outdoor use.

Now that I’m back in Wisconsin, just in time for winter’s most brutal temperatures, I’m happier than ever to have my beloved Ugg boots. Yes, they were a splurge. But, I’ve had the same pair for almost four years and they still look good. I just wore my Ugg boots to walk my dog in 21-degree weather. When I came back inside my fingers were tingling, but my toes were warm. Ugg boots are the only shoes I have in my closet that actually keep my feet warm both indoors and out. Don’t forget to check out these other winter boots we’re buying from Zappos.

For Christmas, I’m treating myself to a second pair of Ugg boots. Ugg has expanded their line to include fleece-lined socks, tall boots, slippers, and heeled boots…but I have my eye on the Ugg Classic Mini II in chestnut—just in case Santa is reading this. And if he is, he really should consider ordering a pair for himself. Baby, it’s cold outside!

6 Shoes You Should Never Wear While Driving

Megan Wood
As Deputy Affiliate eCommerce Editor, Megan Wood helps Reader's Digest readers find the best products to make their lives better, easier, and more joyful. She has 10 years of service journalism and product review experience across a variety of national websites. When she’s not tracking down the best sales and deals, you can probably find her walking her dog.
Now Trending
I Tried the Ring Pro 2 Video Doorbell—Here’s My Honest Review
18 Best Jewelry Organizers for All Your Favorite Baubles
15 Winter Boots We’re Buying from Zappos