The European colonial expansion across North America brought about severe peril to the indigenous population through violence, disease, displacement, enforced settlements, and oppression. Despite this harrowing past, Native American history carries diverse and rich cultures and traditions. November is Native American History Month, a time to celebrate the vast contributions of Native peoples. Read on to find out the inspiring and heroic stories of Native Americans across history who’ve achieved distinction in ways that are surprising, amazing, and too often, under known. 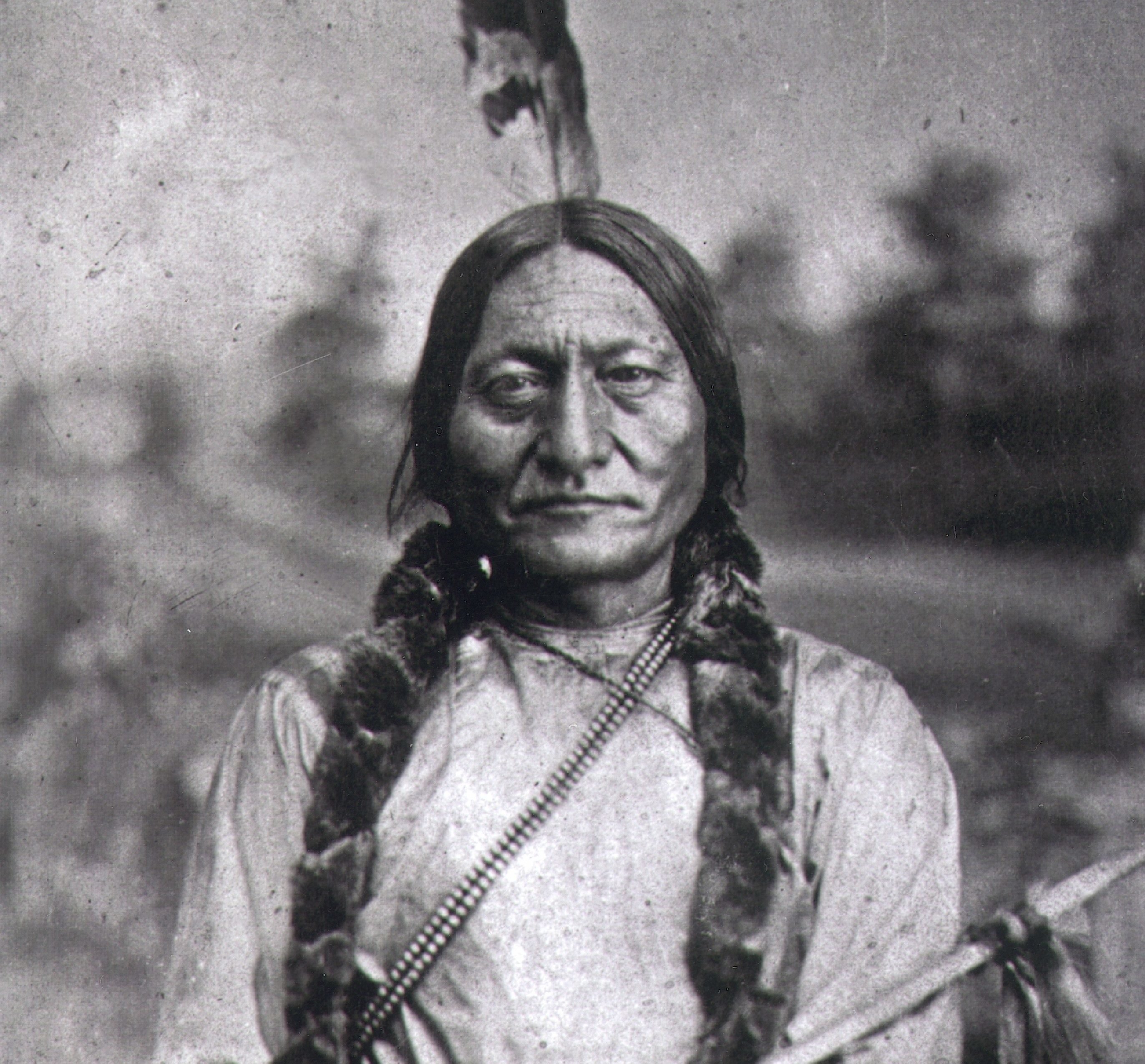 Bill Manns/ShutterstockSitting Bull is known as one of the bravest Native American chiefs, leading the Lakota Sioux Nation during the period of U.S. government encroachment across Native lands. Sitting Bull is a legendary hero known for epic courage during battle, even smoking a pipe on the front lines. His early name before he gained this famous moniker was “Jumping Badger” at birth and then “Slow,” because he was quiet and deliberate. His name, translated from “Tatanka-Iyotanka,” first belonged to his father who transferred it to his young son after witnessing his bravery in battle at age 14. Here are the meanings behind Native American traditions and beliefs.

Buffalo Calf Road Woman fought beside both her husband and brother in the battles of Rosebud and Little Bighorn in 1876 when U.S. troops attacked Native Americans who wouldn’t cede their territory. She was a young Cheyenne mother who’s known for saving her brother, riding straight into the path of bullets to pull him on her horse and take him to safety, a site still known as “Where the Girl Saved Her Brother.” She had a six-shooter which she fired at soldiers during the brave final stands. She’s believed to have knocked General Custer off his horse, and possibly killed him herself. Next, read on to find out the 16 best cities for American history buffs. 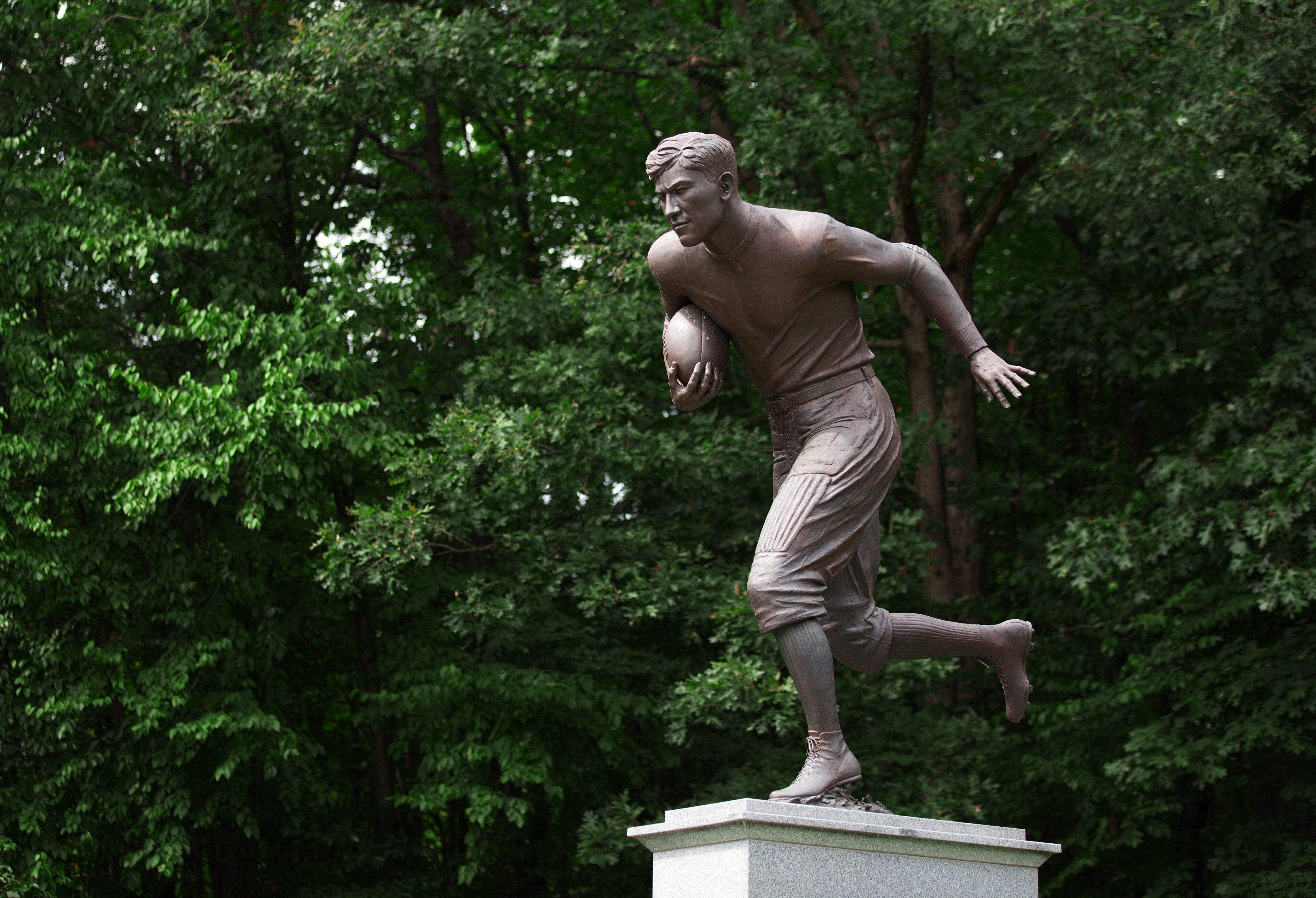 In her biography of the heroic athlete, Carrie Golus explains that many Native Americans have two names—one for official documents and another to honor their Native roots. Thorpe’s mother gave him the name “Bright Path,” Wa-Tho-Huck, because she saw streaks of sunlight just after he was born. Both of Thorpe’s parents were mixed race, with Native heritage from several tribes, including the Sauk and Fox. Thorpe became a world-famous athlete, an Olympian in track and field who also played professional baseball, football, and basketball. His medals for epic feats in the 1912 Olympics were rescinded since he had played minor league baseball, though racial discrimination is also thought to have been a factor—one that erased his extraordinary accomplishments. Though his medals were revoked, he would hold the fastest record for the 1,500-meter run until 1972. Find out about the trailblazing Hispanic Americans who made history. 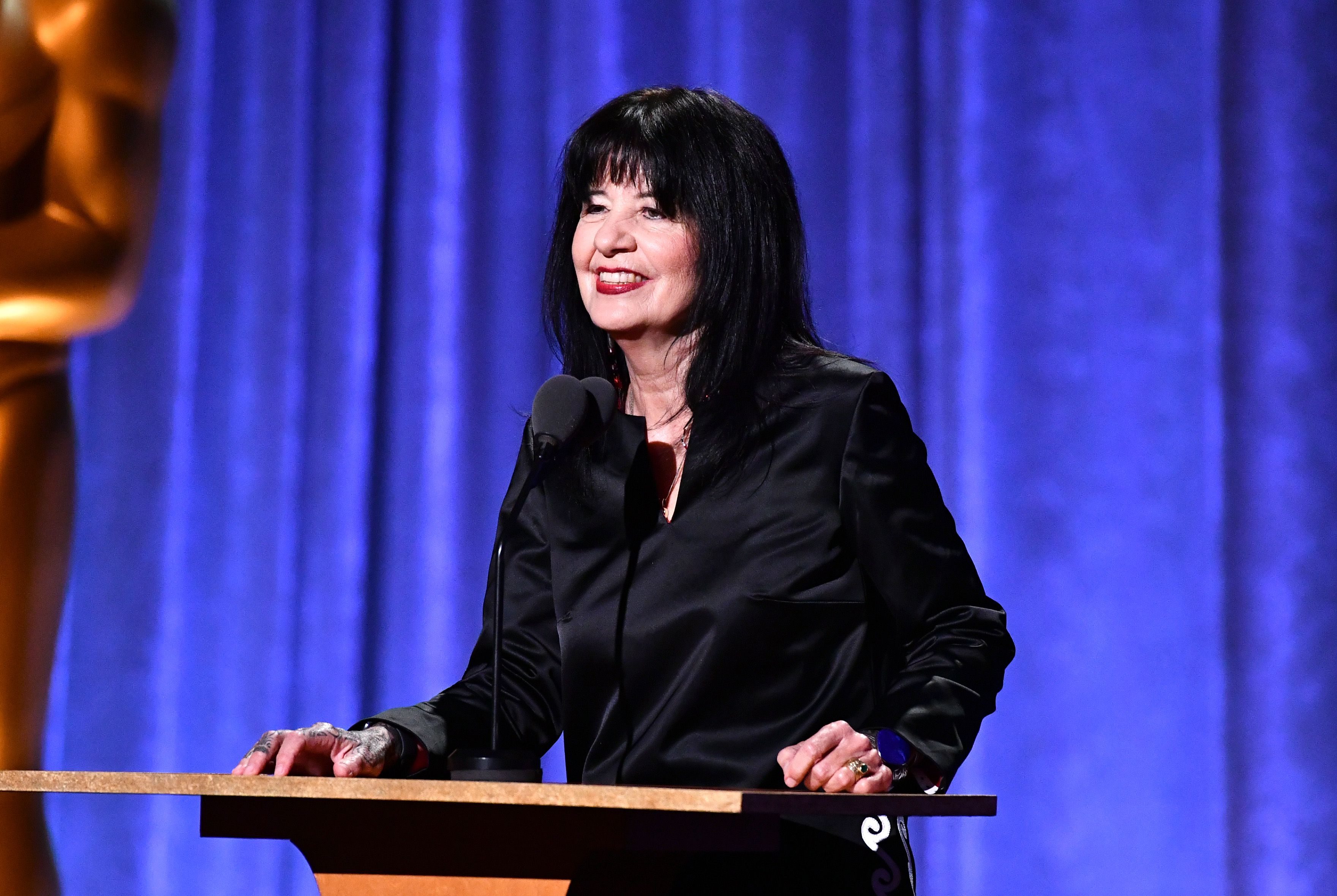 Michael Buckner/Variety/ShutterstockThe poet Joy Harjo is the first Native American (she’s of the Muscogee Creek Nation) to hold the position of U.S. Poet Laureate. Her award-winning poems speak to the experience of Native culture, often invoking ancestors, memory, and injustice in motifs such as nature, myth, grief, and anger. Though she didn’t start playing music until age 39, the first time she picked up a saxophone, she’s also an accomplished musician who’s released five albums. Here are 10 stunning examples of Native American artistry.

Native American cultures are known for honoring “two spirit” identity. In Native communities, trans and gender-fluid identities were esteemed and regarded with respect. Osh-Tisch was a Crow “boté” or “Badé,” the term for one assigned a male gender at birth who then chooses to be a woman. Osh-Tisch dressed as a woman, and did traditional women’s work, while also fighting in the battles of Rosebud and Little Big Horn. After those victories, tribes were still confined to reservations and it was there Osh-Tisch was harassed by missionaries, forced to cut her hair and dress in men’s clothes. However, tribal leaders defended Osh-Tisch, demonstrating the sophisticated open-mindedness of Native culture during the Victorian era. Find out how every state got its name; many are rooted in the Native American language. 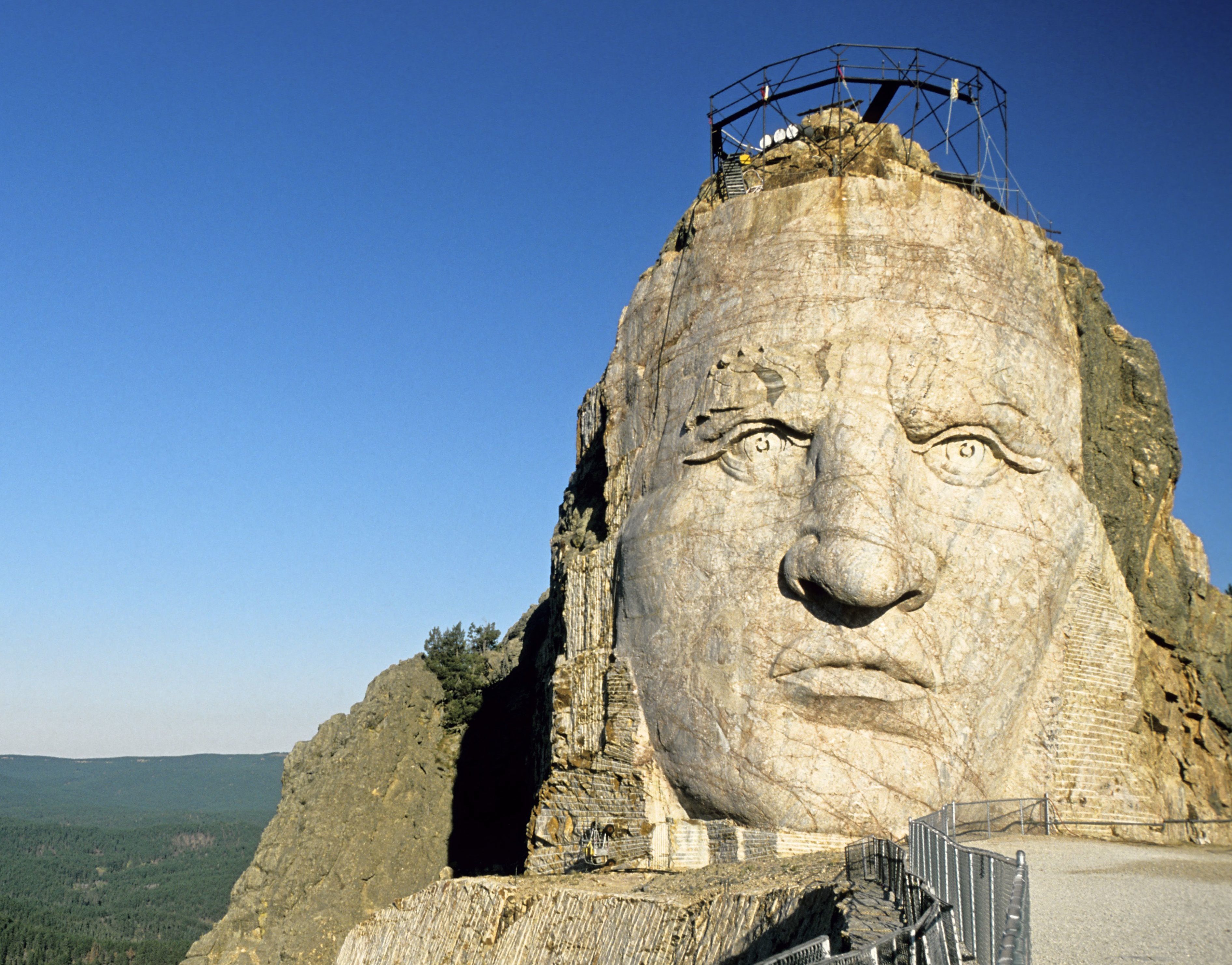 Patrick Frilet/ShutterstockCrazy Horse, of the Oglala Lakota tribe, played an integral role in the Battle of Little Bighorn, also known as Custer’s Last Stand. His likeness is now carved into a Black Hills mountain at The Crazy Horse Memorial. The famous leader resisted having his photograph taken, often responding to picture requests with “would you imprison my shadow too?” The memorial sculptor created his likeness based on descriptions from those who knew him. The grand visage, cut into granite, intends to honor the Native American values that Crazy Horse fought for and defended. Here are the must-see locations that the Lakota Sioux named Paha Sapa, or the “Hills of Black.”

From the Omaha tribe, Susan La Flesche Picotte was the first Native American woman doctor. She lived during the mid-1800s and decided to become a doctor when she was just 8 years old. Reportedly, she waited with a sick elderly Native woman who had been told over and over that the local white doctor would come. When he didn’t arrive and the woman died, Picotte became aware that Native lives were less valued. She earned her MD and eventually opened a hospital on a reservation, the first of its kind, where she served patients of every ethnicity. Find out about 30 more pioneering women who changed the world.

Everett Historical/ShutterstockGeronimo’s mother, wife, and three young children were murdered by Mexican marauders in 1851 while he was trading in a nearby town. The famous warrior, a Chiricahua Apache, vowed to take vengeance and succeeded in outfoxing U.S. troops for decades, always evading capture against overwhelming odds. He was the last Native American leader to formally surrender to the U.S. government, who immediately reneged on their agreement, and kept him jailed for the rest of his life. He became a popular celebrity and was allowed to attend Theodore Roosevelt’s presidential inauguration in 1905. He used the occasion to ask for the freedom of his people, which was again denied. There was much more to the man than just his famous name—here’s the story behind why you yell “Geronimo” when you jump.

Sarah Winnemucca was the daughter of the Chief of the Paiutes tribe, who became a writer and educator who advocated for Native rights, and in the 1870s served as an army scout and an interpreter, and even spoke with President Rutherford B. Hayes, though promises he made to her tribe were never honored. In 1883, she published Life Among the Piutes [sic] in which she called out white people for their own savagery, reappropriating the term often used toward Natives. She also spoke out against sexual assault and corrupt government policy, speaking on the lecture circuit and becoming a prominent and outspoken advocate for Native peoples. Chances are, you didn’t learn these 15 other facts about America in school.

Everett Collection/ShutterstockDespite discrimination, Maria Tallchief was the first Native American ballerina. She was a proud member of the Osage tribe who often spoke out against injustice. She refused to change her stage name (which combined parts of her Native names) when asked by professional companies to do so. She danced with the most prestigious ballet companies across the globe. Find out about 57 other impressive female firsts.

Mary Golda Ross co-authored one of NASA’s handbooks on space travel to Mars and Venus and worked in the secret space race think tank, Skunk Works, where she was the only woman (and the only Native American) on the project. She’s a descendant of Chief Joseph Ross and a member of the Cherokee Nation and played a crucial role in U.S. space exploration as an engineer and mathematician. Don’t miss these 13 amazing facts you never knew about the women of NASA.

ShutterstockThe Native American astronaut John Herrington, an enrolled member of the Chickasaw nation, brought his tribe’s flag on his first mission to the International Space Station. NASA considers Herrington the first Native American to travel to space where he completed three space walks—he also brought along cultural artifacts and objects such as eagle feathers, sweetgrass, arrowheads, and wooden flutes. Find out 24 things you never knew about NASA.