What Exactly Is White Privilege?

Understanding the inherent privileges of being White in America isn't about guilt or fingerpointing. Rather it's the essential work that needs to be done before fighting racism.

Late to the airport, a colleague and I scurried out of the Uber and ran to make our flight. As we headed toward security, I looked for a way out of the packed crowd of travelers and saw a gap between the airline’s kiosks. Without thinking, I moved the sign blocking what I thought was an exit a few inches and slipped behind it. Amid the din of chattering passengers, I didn’t hear my work friend call out that what I was doing was a mistake.

Turns out, I had unwittingly cut the line of passengers and bypassed the TSA security guard who was checking IDs. When I looked for my colleague, I instead found three police officers, one of whom asked me what I was doing. “I’m not quite sure,” I laughed. After they pointed out that I needed to join the end of the line, the officers laughed along with me.

I walked back and found my colleague, a Black woman, who had watched the little vignette of White privilege unfold. “I would have been stripped searched and detained for hours [if I had done that],” she told me. “Or at least made to go through the long process that is undoubtedly documented in all those TSA handbooks.”

My Black colleague follows every written and, even more importantly, unwritten rule, whether in airports, or while shopping, and even at work events. As a Black person, she doesn’t need to make any mistake to have her every move scrutinized. Breaking rules or conventions raises her profile even more and puts her at risk of humiliation, or even death. What is White privilege? Well, I got a visceral example of it that day at the airport.

What is White privilege?

Black authors, including W.E.B. Du Bois, wrote about White privilege beginning in the 1930s, then Peggy McIntosh, a White academic, popularized the idea in her 1989 essay, “Unpacking the Invisible Knapsack.” In it, McIntosh writes of the advantages, from the more mundane to the profoundly meaningful, that White people enjoy in the United States. As a member of the dominant race in this country, they find people who look like them when they open magazines and newspapers, when they watch movies and television series, and when they attend school and work events. Although this has been slowly changing for decades, White people still dominate the media, business, higher education, and politics.

White people can choose to dress shabbily or fail to mow their lawn regularly or drop the f-bomb in conversations, without the risk that others will assume that they live in poverty or are uneducated. Or committed a crime.

What is White privilege? When White parents attend a back-to-school night or are on vacation, and they don’t have any fear that the teachers or hotel staff will think they don’t belong. If their child is suddenly having trouble in school, the teacher assumes it’s a natural setback and can be easily fixed. (This is something I’ve seen first-hand as the mother of mixed-race children.)

In a video, John Amaechi, a psychologist and former NBA player, said of White privilege, “When you have it, you don’t notice it.” He drew parallels between the difficulties faced by African Americans with those faced by people with disabilities, whose daily lives are made so much harder by infrastructure not designed for them. “Having White privilege doesn’t mean your life isn’t hard, it means your skin color hasn’t been the cause,” he said.

Just because you benefit from White privilege does not mean you’re somehow a racist. In fact, that misunderstanding itself prevents some White people from grappling with the idea, which can be a positive step toward becoming an anti-racist and better understanding of what Black people face in their lives. Being White may give people a leg up in an apartment hunt or help immunize them against negative interactions with cops, but that benefit comes from being born into and living in a system built for White people. Systemic racism bestows these benefits. They’re not the result of any individual White person’s actions. So, it’s important to acknowledge that right from the start.

On the other hand, if you’re sick of hearing about White privilege, you just might be a prime beneficiary. White privilege also is not the same as White supremacy, which goes well beyond racism and hatred of Black people. White supremacists believe that White people are genetically superior to African Americans and others such as Jews and that the racist systems that have been in place for centuries in the United States should not only be kept in place but strengthened. These people believe that the White race is under siege from Blacks, Hispanics, and other traditionally underrepresented minorities.

What if I’m White, but not privileged?

Many White people argue that they’re hardly privileged. It’s true: Many White communities around the United States struggle with poverty, single-parent families, failing schools, unequal access to health care, and disappearing manufacturing jobs. These people don’t have access to the privilege that comes from money or family connections.

But they do benefit from White privilege, simply because they’ve never been discriminated against because of the color of their skin. As a group, they’re pulled over by the police less frequently than people of color. They’re more likely to be welcomed when they enter a fancy store, and landlords are much more eager to rent to them than a person of color with the same income and savings. In fact, a three-year investigation by Newsday in 2019 uncovered widespread unequal treatment of minority potential homeowners and minority communities on Long Island by real estate agents. Half the time that Black homebuyers used a real estate agent, they suffered discrimination.

Still, many White people are loathe to imagine they benefit from a system under which Blacks and others have long suffered. Brian Lowery, a professor of organizational behavior and senior associate dean for academic affairs at the Stanford Graduate School of Business, has studied the psychology of racial privilege. He argues in a recent podcast from the American Psychology Association that people want to believe that they abide by moral codes and that they’re deserving of their rewards. As a result, says Professor Lowery, White people often deny they’ve benefited from the privileges of being White. They focus on their own hardships and struggles to justify that they alone are responsible for their success or they distance themselves from the concept, convincing themselves that only other White people have benefited. But it’s not true of them.

White privilege can mar the American myth that the country is a meritocracy, with everyone rising or falling according to their own hard work. If you’re White and worked your way through college and then up the corporate ladder, it’s painful to also admit that you benefitted from something that has nothing to do with hard work. But, as someone in human resources who works on diversity and inclusion for a financial services firm told me recently, “People need to hold both ideas in their hearts at once. You worked really hard, and you deserve credit for that. But you also got a big kick up just for being White. One doesn’t negate the other.”

Does talking about White privilege help or hurt in the fight against racism?

Before a wave of protests around the country erupted this spring and summer to fight police brutality and racism, I was skeptical about the value of what I thought of as intellectualized concepts like White privilege. I found it hard to believe that forcing White people to think about the privileges that have shaped their lives would do anything to help deepen conversations about race. I had only seen the concept make White people feel guilty and guilt wouldn’t help enlist them in a much-needed fight. Instead, I thought people would be prompted to join the battle against racism if they understood pragmatic facts on the ground, like the academic achievement gaps between White and Black children.

But then George Floyd, a Black man, was killed by a Minneapolis police officer. A video capturing his excruciating death while the officer kept his knee on his neck for more than nine minutes went viral, kicking off a reckoning among White people that felt very different from anything in the recent past. CEOs of companies from JPMorgan Chase to Nike made public commitments to hire and promote people of color, and White people were candidly talking about their privilege and institutional racism in a way I hadn’t heard before. 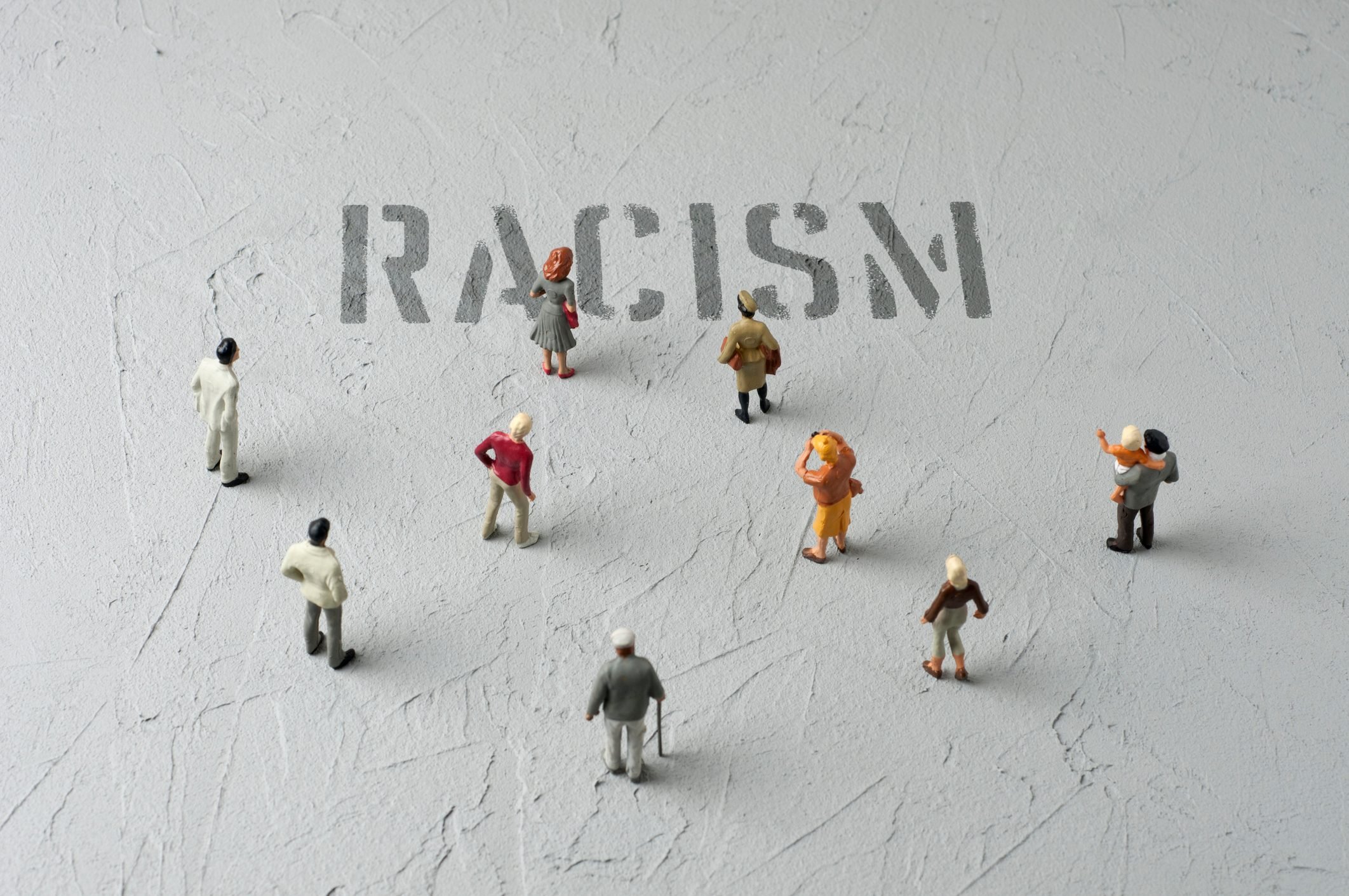 On the Tuesday after Floyd was killed, companies were pushed to offer additional personal days for Black employees, who were in shock at the vivid display of racism. CEOs voiced their support for employees’ involvement in the protests (with a caveat that they be peaceful.) White managers wrestled with how to acknowledge what their Black employees were going through and those that did not, were criticized. Employees were encouraged to support organizations like Black Lives Matter. The blatant police brutality combined with COVID-19’s disproportionate impact on Black communities laid bare just how different were the everyday experiences of Black and White employees.

Suddenly, it seemed that the intellectual struggle with the concept of White privilege was playing out in real life. And it was helping the conversation.

Then there’s the privilege of tuning out

After the initial burst of support for the protests and a real uptick in the understanding of White privilege and systemic racism, things have quieted. Surveys now show a decrease in the percentage of White people backing Black Lives Matter and other initiatives. It could be related to the fatigue from the ongoing pandemic or the recent election. It could also be White privilege—the privilege to say “I’m moving on.”

John Pavlovitz, a blogger in Wake Forest, North Carolina, wrote a blog post about a White friend who hadn’t watched the news for two months because it was depressing and sad. “If there is evidence of privilege, that’s it: to feel so insulated from adversity, so inoculated from suffering, so immune from struggle, so unaffected by reality—that you could simply turn off the news, because the act feels so inconsequential to your existence…you’re blissfully ignorant to the way those events are painful, invasive, and even deadly to less fortunate people…”

For me, my incident at the airport vividly illustrates the ease of my daily life compared to my Black friends and colleagues. I don’t have to spend emotional and intellectual energy thinking through how routine interactions, whether it’s a flight across the country or a doctor’s visit, can go wrong or what I need to do to be heard and get people to take my concerns seriously. I can spend that energy on my work, friends, and family. White people need to finally recognize the enormous stress and daily cost of racism on Black people in this country.

For the fight against racism to be successful, we need to be supporting racial justice every day.

How I Found Out Racism Isn't Just a Problem in America

How to Clean Your Washing Machine, According to Laundry Experts
40 Asian-American-Owned Businesses You Can Support Right Now
How to Be an Ally to the Asian American Community