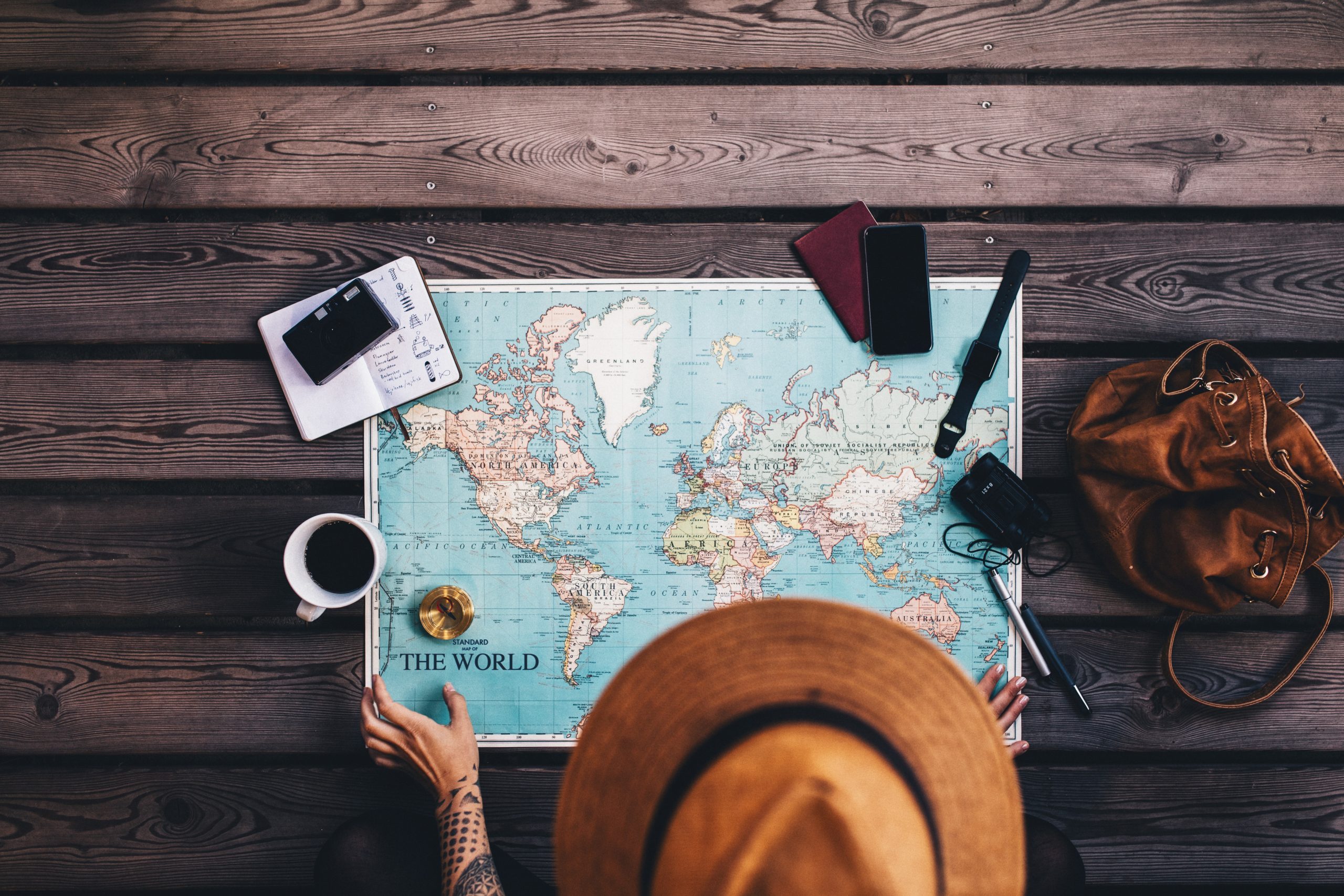 Tourism can be great for a country's economy, but that boost comes along with its own set of problems.

“Of all noxious animals, the most noxious is a tourist,” wrote the English clergyman Francis Kilvert during the 1870s. Whatever he was referring to back then, could it have been anything as bad as what these terrible tourists have been doing throughout the course of 2019? Here’s a sampling of some terrible tourism behavior from recent months:

Arguing loudly at a silent retreat in Myanmar

For visiting tourists to the Mahagandhayon monastery in Myanmar, a major draw is the sight of hundreds of barefoot, silent monks, gathering for meals. It’s a tableau that has been described as “tranquil.” However, the tranquility was shattered one morning in January 2019 when a group of tourists from China argued loudly about the best place to take a photo. Since then, the monastery has taken to prohibiting visitors from entering the dining areas and engaging in arguments. Even if you can keep yourself from arguing with your fellow-travelers, please don’t waste your time taking any of these cliché travel photos.

In August, two young women from Norway decided to go swimming in the Rio di Cannaregio canal—in their underwear. This is not permitted, and for good reason: the canal is infested with rats. When the police informed them of this, one of the women vomited in disgust. The women were banned from Venice for 48 hours, according to The Telegraph. Perhaps they didn’t realize they were doing anything wrong? Here are tourist rules you never realized you need to follow.

Trespassing plus violence in Venice

Also in Venice, a tourist from South Africa had been taking selfies of himself and his family in a docked gondola in early September of this year. A nearby gondolier noticed this and politely requested the tourists step off the boat, which was, of course, private property. The tourist responded by headbutting and then punching the gondolier in the face.

Putting up a portable stove under a bridge…in Venice

In July, two German backpackers were expelled from Venice and fined $1,000 after they were found brewing a pot of coffee on a portable stove beneath a bridge over the Grand Canal. Venice is one of 17 places that tourists have ruined for everyone. 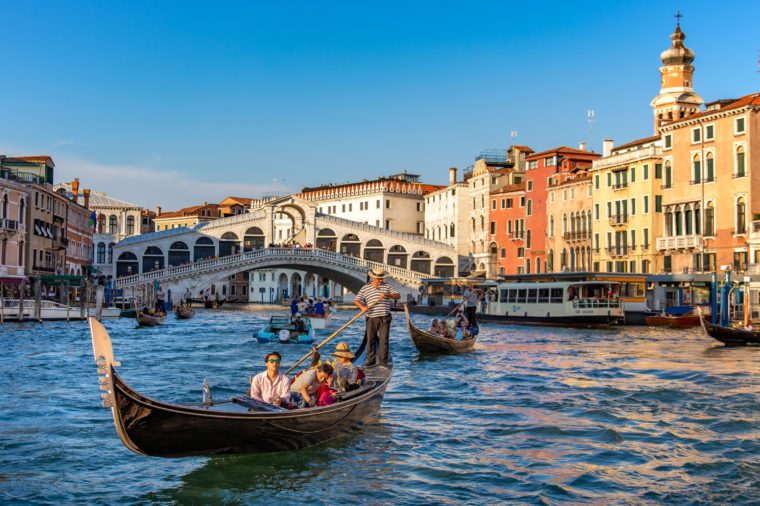 In another terrible-tourist tale from Venice, a couple of Czech tourists on their way to see a sporting event in Milan were charged with public indecency for swimming naked in a canal. By the way, in case you’re wondering why there are so many terrible tourists in Venice, it might be because Venice, a city of 53,000, plays host to 20 million visitors a year. Lots of tourists means lots of opportunity for terrible behavior.

Kicking over a row of motorbikes in Bali

Since law enforcement officers in Bali like to humiliate badly behaved tourists by parading them around in orange prison garb, according to an Australian news outlet, you might think tourists would think twice about behaving badly. That didn’t stop an Australian tourist in Bali from “going berserk” outside a nightclub, kicking over a row of parked motorbikes, in late summer 2019.

Knocking a man off his motorbike in Bali

In another recent Bali tourist-debacle, an Australian tourist “made international headlines when he fly-kicked a man off his motorbike after a cocktail-induced binge resulted in allegations of assault and smashed windows.”

“I have drunk until I have blacked out but I have never done this before, ever,” the tourist is quoted as having stated. He may face more than two years in jail as a result.

Another Aussie man faces as many as seven years behind bars for stealing the purse-snatching. The victim was also a tourist—from Canada. When the perpetrator learned the length of the prison sentence for his crime, he “cowered under a desk,” and appeared to cry.

Tourists should always take precautions when traveling in foreign countries, but here are 10 popular travel tips you no longer need to follow. 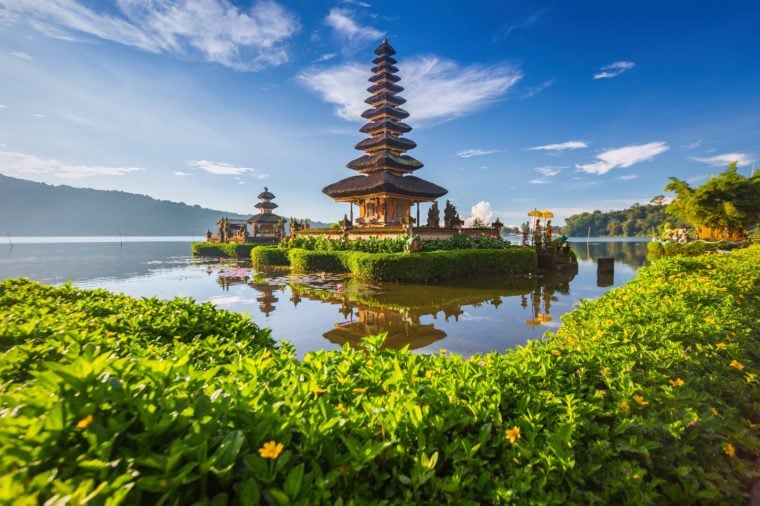 Another Australian man recently received a five-year jail sentence for possession of 43.15 grams of home-made cocaine. This was despite the fact that prosecutors had only asked for only 15 months. The man declined to appeal because he feared the judge would respond by issuing the death sentence.

Running naked through the streets in, guess where? Bali!

In May 2019, at least five Australian men were videotaped running naked through the streets, vomiting, urinating, and insulting locals, While Australians are not the only badly behaved tourists in Bali, Bali officials are deeply concerned about the volume of bad behavior it is seeing from Australian tourists.

Bathing in holy water at a Hindu temple

In an example of bad tourists in Bali who don’t happen to be Australian, a Czech couple was videotaped bathing naked in holy water at a Hindu temple.

“In the near future we will make a regulation to take firm action against tourists that commit ethical violations or offend the norm in Bali,” noted the governor of Bali. “This is not only for Australian tourists. This is for all tourists, wherever they come from”. Here are some former tourist attractions that are no longer open to tourists.

In the first few weeks of 2019, a family of tourists from either England or Ireland was wreaking so much havoc during a holiday in New Zealand that they were kicked out of the country by the government (their visas were revoked). Here’s a sampling of the family’s misdeeds:

And all of this was after they left a feces-laden baby-onesie on their flight to Auckland.

Along with all the fun in renowned party town, Magaluf, Majorca, there’s quite a lot of bad behavior from young tourists. In fact, local authorities in Magaluf have enacted dozens of new laws to punish “uncivil” behavior. These laws prohibit, among other things, “defecating in public places, having sex in public, and stripping off in public, as well as littering and tearing branches off trees,” according to Britain’s The Daily Star. Nevertheless, over the course of summer 2019, ten tourists were fined for having sex in public. 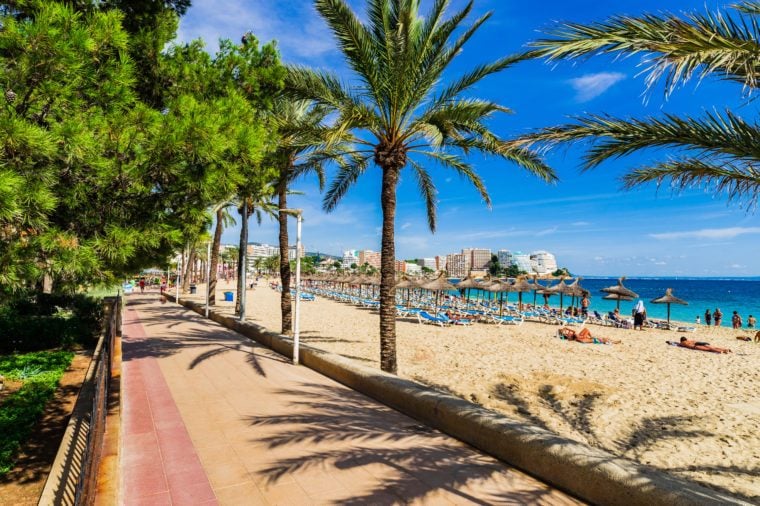 Another popular misbehavior in Magaluf is known as “balconing,” which refers to jumping from one’s hotel balcony into the swimming pool below. This happened 11 times in Magaluf during the summer of 2019. The total number of fine-able offense recorded this summer in Magaluf? Two-thousand.

Abandoning a baby in Tenerife

A 24-year old tourist from the United Kingdom was arrested this summer in Tenerife, Spain after allegedly abandoning her three-month-old baby son in his baby carriage outside a restaurant where she had been arguing with her partner (the baby’s father). The baby was alone for 40 minutes before a good samaritan stepped in and reunited the baby with his father.

Skipping out on a hotel bill in Cypress

A tourist in Cypress, Greece was arrested just last week for trying to leave the country without paying his hotel bill. The tourist was arrested at the airport by local police.

Two tourists were arrested in mid-September in Yellowstone National Park (located in Idaho, Montana, and Wyoming) for In ignoring the rules posted at the famous geyser, Old Faithful, and crossing a protective fence to take selfies at the geyser’s opening. ‘We were in total disbelief and the complete stupidity of these guys,” noted a fellow tourist quoted by Travel + Leisure. Read on to discover the country where tourists spend more money than anywhere else. 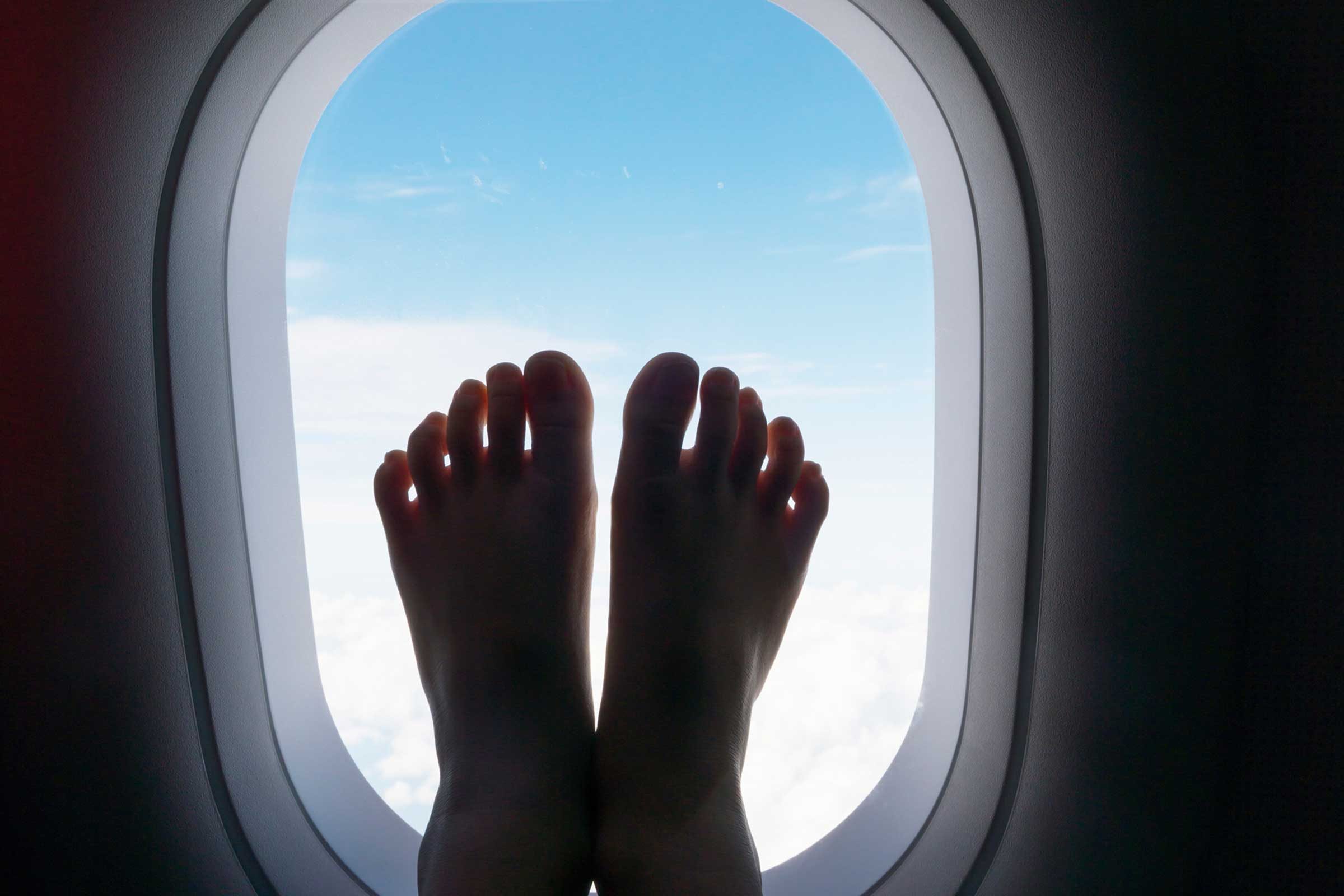 Travel Tips That Are No Longer True 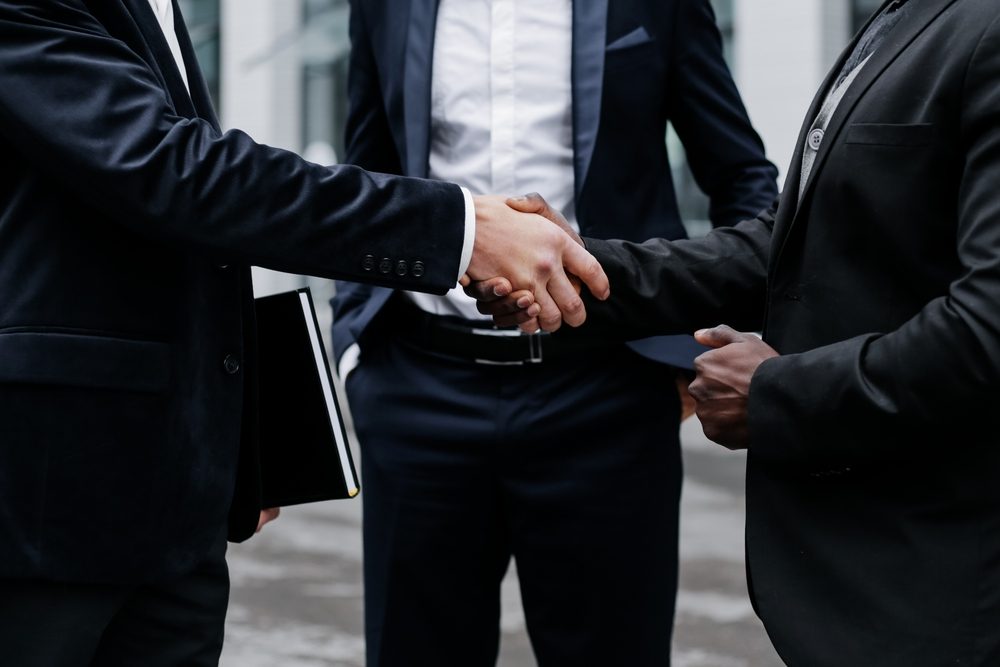 Strange Etiquette Rules Around the World