Barbeque or Barbecue: Which Is Correct?

Being *grilled* over the way you spell this word? Find out if there's a correct way to spell the word for this tasty cooking style. 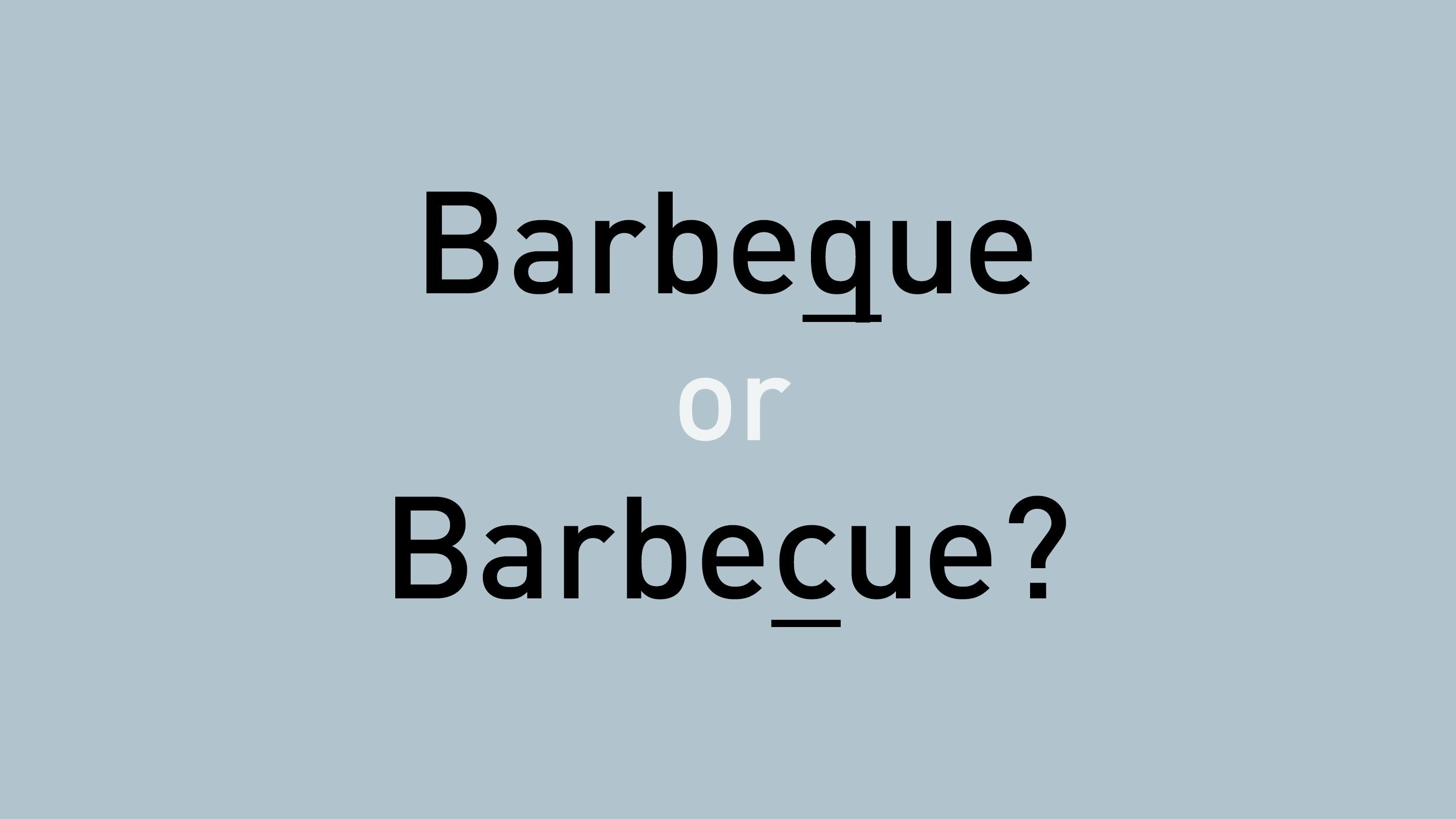 It’s become an American pastime, a staple of summer holidays and restaurants around the country. It can be a verb, a noun, or even an adjective. There are probably way more surprising foods you can grill than you thought. It might make your mouth water just thinking about it. And yet…are you spelling it right?

“Barbecue” and “barbeque,” only one letter off, are used interchangeably to describe a type of cooking and the food that is cooked that way. And, of course, the longer words are often abbreviated just to “BBQ.” Is any of those spellings more right—or wrong—than others? And which came first, “barbeque” or “barbecue”?

“Barbecue” or “barbeque”: The origins

The first word to describe this familiar food preparation process, and the one that the modern versions come from, is the Spanish “barbacoa.” This word dates back to the mid- to late 1600s, when Spanish colonists used it to describe the cooking style of the Taíno people, indigenous to South America and the Caribbean. It described their method of cooking meat over a fire. And the word “barbacoa” is still used today to describe a method of slow-cooking food over a fire, usually Mexican food.

So it certainly would seem like “barbecue” is the correct form, since it originated from the word “barbacoa,” with a C and not a Q. But…the popular abbreviation is “BBQ,” so why does the word itself have a Q?!

Which is correct, “barbeque” or “barbecue”?

Well, there’s no simple answer. Spellings evolved, as spellings do, and in the early days of America, there were a few different spellings, including ones you won’t see today: “barbacue,” “borbecue,” and more variations. According to Southern Living, George Washington himself spelled it “barbicue.” But “barbecue” and “barbeque” eventually surfaced as the most popular spellings (with the former more prevalent).

While “barbecue” comes from Spanish and the original origin of the word, the “barbeque” spelling reportedly came to be thanks to the French phrase barbe à queue, which means “whiskers to tail” and describes the process of roasting an entire pig. (“BBQ” is the abbreviation because the word is pronounced “bahr-bi-kyoo,” not because “barbeque” is the actual spelling.)

As for which is correct, “barbeque” or “barbecue”? Well, it depends on who you ask. Dictionary.com and Merriam-Webster both list “barbecue” as the standard spelling, but both sites also list “barbeque” as a variant. (Merriam-Webster calls it “less common.”) Dictionary.com even lists “bar-b-que” as an option as well. So, no, whichever you prefer to use, you’re not incorrect, and they have the same meaning.

Turn to the BBQ authorities, though, and you’ll get a more complicated response. “Barbeque” or “barbecue” is, in fact, one of the spelling rules no one can agree on. The North Carolina Barbecue Society spells it with a C, but South Carolina‘s calls it “barbeque,” as does the Kansas City Barbeque Society. And, needless to say, the barbecue (que?) societies are likely to be considerably more passionate about the “correct” spelling than the linguists. It’s similar to the debate between “PEE-can” and “puh-KAHN.”

So if all of those versions of the word are acceptable, does that mean “BBQ” is wrong? No. “BBQ” is just the abbreviation for the word, developed from the sounds of the word. It’s not wrong, but it’s also not a full word; it’s a shortened version of one, similar to how “lbs” is an abbreviation for “pounds.” (Though how those letters became the abbreviation for “pounds” is a story all its own.) So you’re probably best off sticking to one of the full words in your more formal barbecue-related writing. At the end of the day, these grilling mistakes that can make you sick are far higher-stakes than spelling the word a certain way. 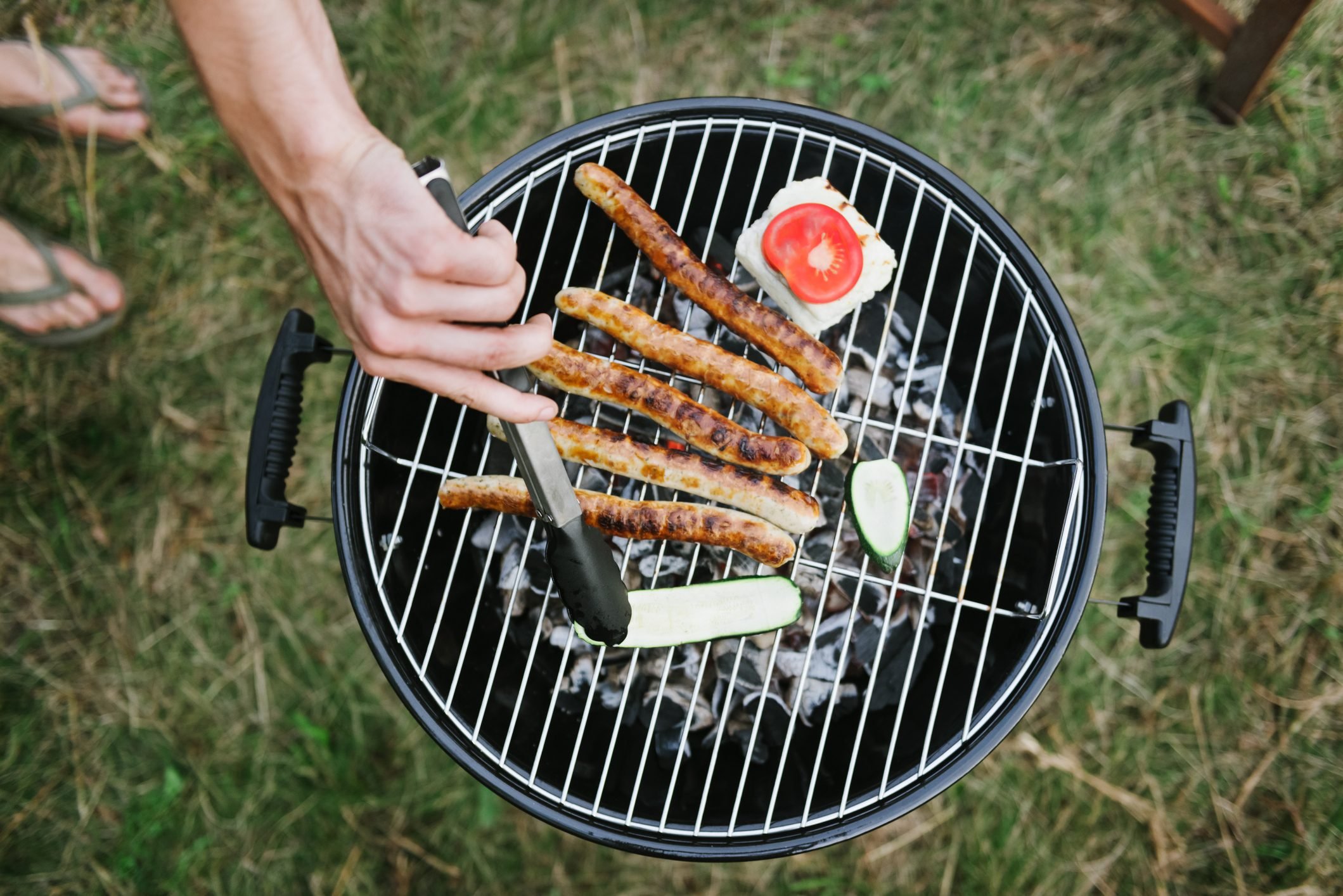 Grilling Facts You Haven't Heard Before 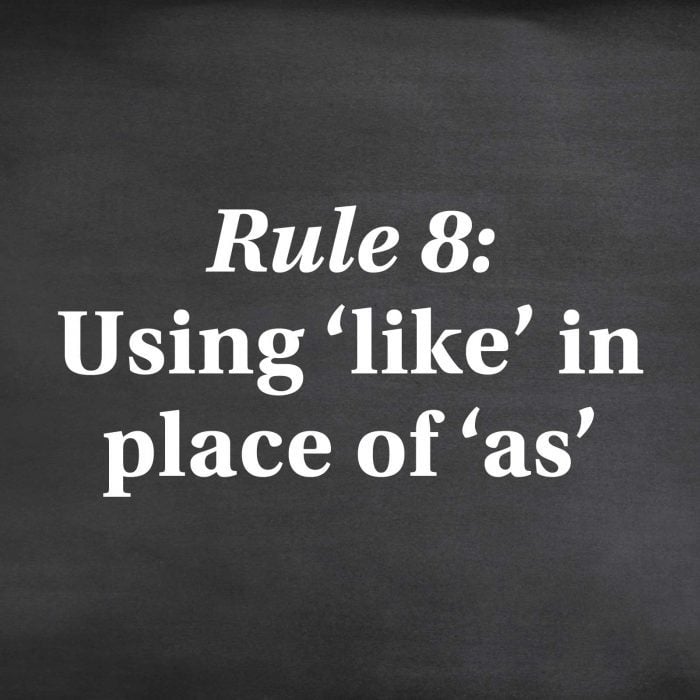 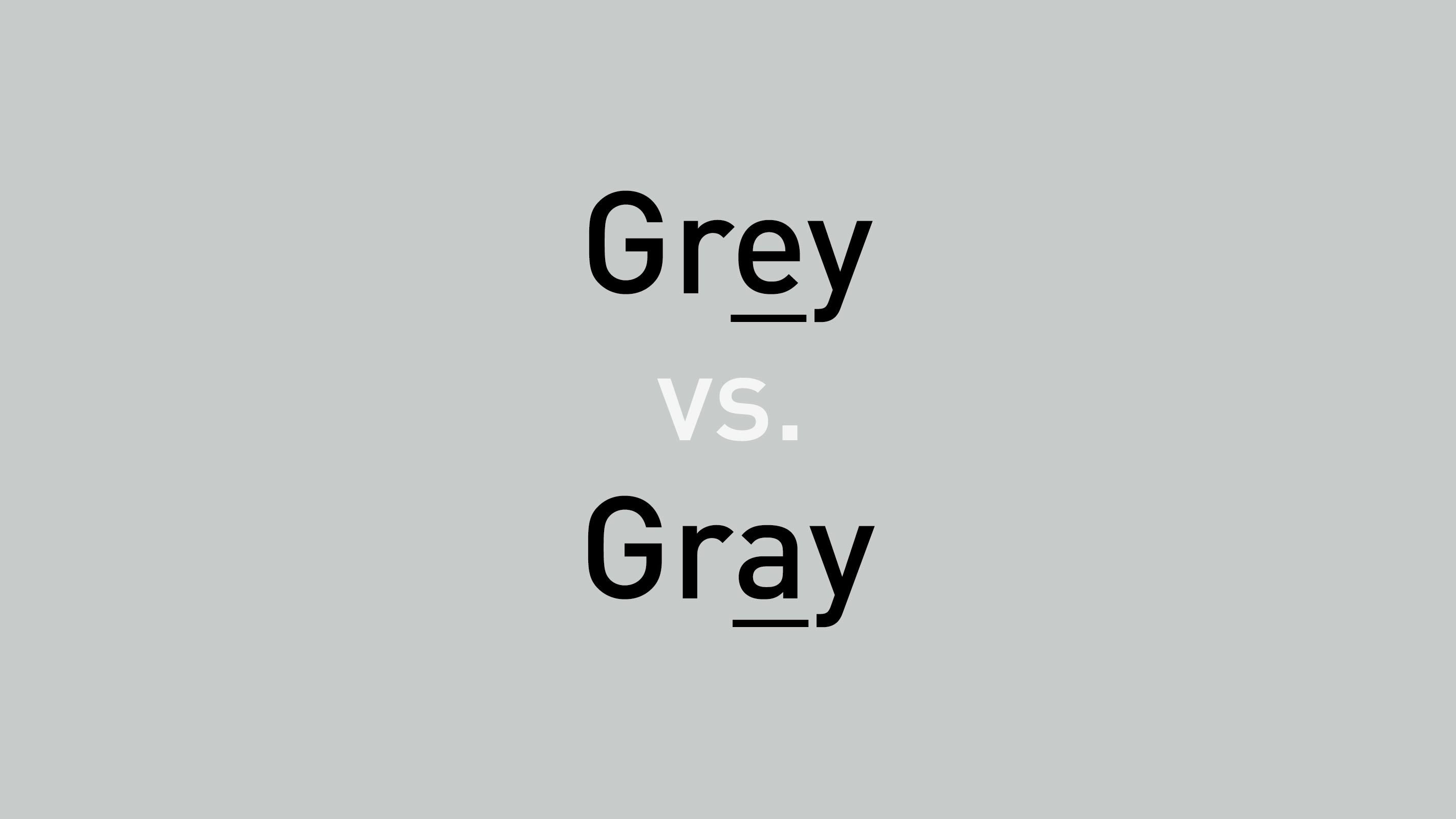 Grey vs. Gray: Which is Correct?