What’s black and white and not all over? The answer, unfortunately, is the giant panda. While conservation efforts are underway, these cuddly creatures are facing serious problems in the wild. In honor of National Panda Day on March 16th, let’s take a look at the threats to these gentle giants, as well as learn some fascinating facts about them. Bonus: Adorable pics ahead!

Mainly because of habitat loss, there aren’t many giant pandas left in the world. That’s a common problem with many wild animal species you probably never realized were endangered. Other reasons the panda population is threatened: Illegal poaching for the black market remains a problem, pandas often have difficult pregnancies, and mother pandas only have enough milk to feed one cub, even though two or three cubs are often born at once. Plus, pandas are really picky in choosing a mate.

So, how dire is the situation? The World Wildlife Fund (WWF) says there are just 1,864 pandas left in the wild. There are an additional 400 pandas in captivity, according to Pandas International. The International Union for Conservation of Nature (IUCN) lists the giant panda as “vulnerable,” which is the category between “near threatened” and “endangered.” However, there is some good news: The population has started to increase slightly, thanks to breeding programs in China.

All existing pandas come from the bamboo forests of central China, so it’s appropriate to greet them with nǐ hǎo (pronounced “nee haow”), which is how you say “hello” in Mandarin. Pandas also used to live in Laos, Myanmar/Burma, and Vietnam, according to Sciencing.com.

Giant pandas have their own language

Hung_Chung_Chih/Getty ImagesPandas won’t say “hello” back, of course, but scientists say they have more varied vocalizations than any other type of bear. The San Diego Zoo reports that pandas growl, huff, squeak, bark, honk, coo, tweet, and even bleat like lambs.

Pandas International describes a linguistics project by the China Conservation and Research Center for the Giant Panda. Researchers have figured out the meaning behind 13 different panda noises. They say that a mother panda will bark when a stranger approaches her cub and that male pandas baa like sheep when they’re in love. Supposedly, when a baby panda makes a “gee-gee” sound, it means “I’m hungry,” and “wow-wow” means the panda isn’t happy.

Giant pandas look a lot like teddy bears, especially when they sit down and stretch out their hind legs, a posture National Geographic says they like to use when eating. Speaking of which, a panda’s favorite meal is bamboo. In fact, these gentle giants rarely eat anything else and spend half of every day eating the fibrous stuff. However, bamboo isn’t the most nutritious of foods, especially for big animals like pandas. Bamboo is very low in protein, and the IUCN says pandas can digest less than 30 percent of it. A giant panda needs to eat between 25 and 40 pounds of bamboo daily, as well as have a sedentary lifestyle, to stay alive and healthy. Here are more panda facts that will make you love them even more.

Be glad you’re not a panda

Sure, it might seem like a nice life just to sit around all day and snack on your favorite food. But know that if you were a giant panda, you’d need to get off your couch and visit the bathroom a lot. According to the IUCN, a panda poops at least 100 times a day. Plus, when the bamboo in their territory is gone, pandas have to migrate to search for more.

Pascale Gueret/Getty ImagesPandas generally like to be by themselves. They do get together to mate in the spring and a mother will raise her cub until it’s 18 to 24 months old, but otherwise, pandas prefer to be alone with their bamboo. Interestingly enough, studies show that pandas “talk” when they do get together.

Here’s what we do know: Pandas rely on their excellent sense of smell to help avoid one another, says National Geographic. They also use smell to find a mate when they’re ready to have a break from all of that alone time.

Why do pandas do handstands?

While pandas generally prefer to sit around by themselves and eat, they can sometimes be seen doing acrobatics. Pandas mark their territories to tell other pandas who they are and to stay away. Their scent gland is underneath their tails, and they rub this area on trees. In order to get the mark as high as possible on a tree (showing that they’re a great big panda that other pandas should avoid), pandas will do a handstand. Plus, adds LiveScience.com, pandas like to hang in trees and do somersaults when they play.

Are they bears, or aren’t they?

Before scientists were able to test panda DNA, they thought that giant pandas might be part of the raccoon family, another animal that has black markings around its eyes. But it is now confirmed that the panda is part of the bear family. That’s unlike the koala bear, which isn’t a bear at all. It is, however, one of these 11 animals with surprisingly misleading names.

Pandas are different from bears in many ways. They don’t store fat and hibernate like their North American bear cousins. They have an extra-long wrist bone that acts like a thumb to make it easier to hold onto bamboo. And technically, the giant panda is classified as a carnivore. Even though they mostly eat bamboo, they will also occasionally eat fish, rats, and other small animals.

And here’s another fun animal comparison: In Mandarin, the name of the giant panda translates as “giant bear cat,” perhaps because of their cat-like vertical pupils or maybe because they like to lie around all day like cats.

The size of a stick of butter

John Moore/Getty ImagesGiant pandas are truly giant when fully grown—males weigh about 300 pounds. But the WWF reports that panda newborns are 1/900th the size of their mamas. They weigh four to six ounces at birth, approximately the same size and weight as a stick of butter in your fridge. When they’re born, baby giant pandas are tiny, pale, and hairless. They only get their distinctive black and white fur when they’re about a month old. Here are some adorable pictures of baby animals you’ll love instantly.

Pandas International calls giant pandas “living fossils” because the species is thought to have existed for three million years. In order to prevent pandas from going extinct, we need to protect the animals and their habitat, as well as help them reproduce in panda breeding centers. So much of the world’s wildlife is at risk and in need of protection—for example, do you know how many cheetahs are left in the world?

How to help giant pandas

Donating to animal conservation organizations like the WWF is a great way to help pandas and to prevent their populations from shrinking. With the WWF, you can even adopt a panda. Pandas are particularly important to the WWF—the group has used the panda as its logo since it was founded in 1961.

Another simple way you can help? By visiting a panda in a zoo. China leases pandas to zoos around the world and uses the funds to preserve pandas in the wild. In China, you can see newborn, baby, and adult pandas at panda centers such as the Chengdu Research Base of Giant Panda Breeding. In the United States, you can see giant pandas at the Memphis Zoo, at the Atlanta Fulton County Zoo, at the Smithsonian’s National Zoo & Conservation Biology Institute in Washington D.C., and, in Canada, at the Calgary Zoo.

Next, check out the other incredible animals that came back from the brink of extinction. 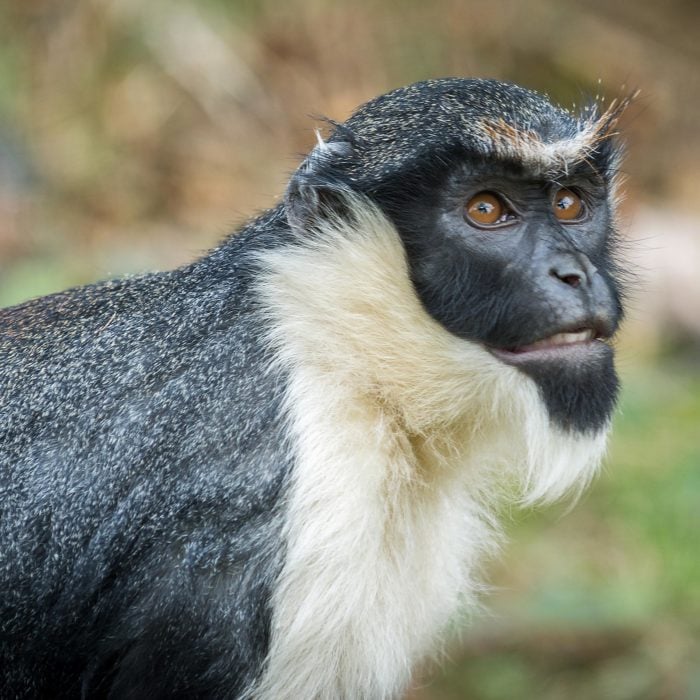 Photos of the Rarest Animals on Earth 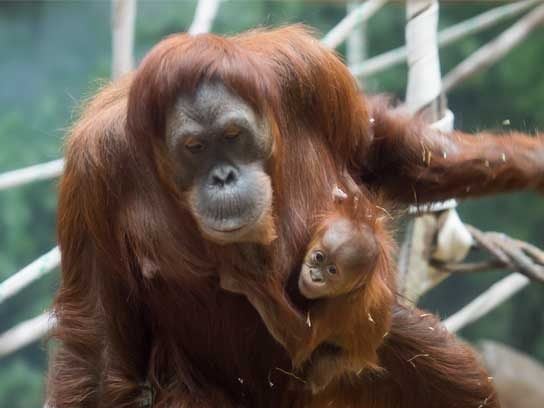 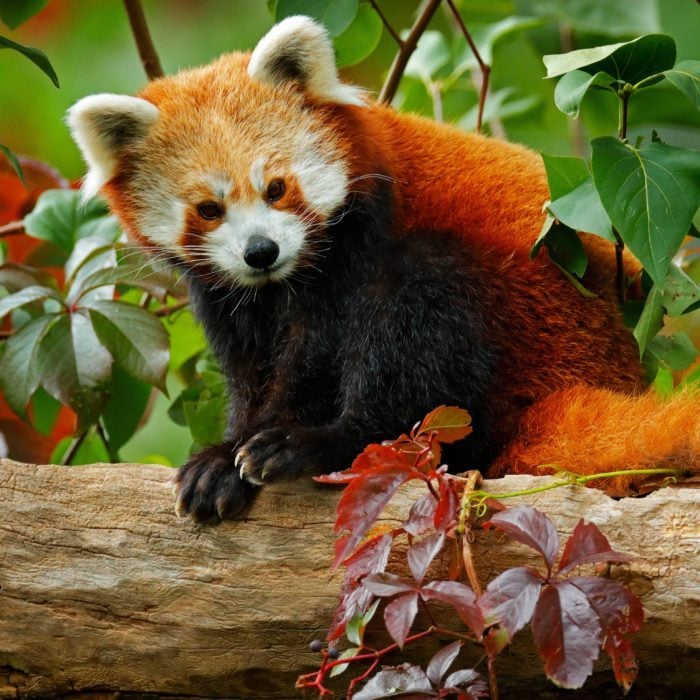 How Many Red Pandas Are Left in the Wild?