Can You Tell What’s Wrong with These Pictures? More Than 1 in 3 People Can’t

You might be suspicious of a model with zero wrinkles, but you're probably less likely to spot when a dog was added to a photo—or when a beer was removed. These are the sneaky signs that reveal a photo has been manipulated. 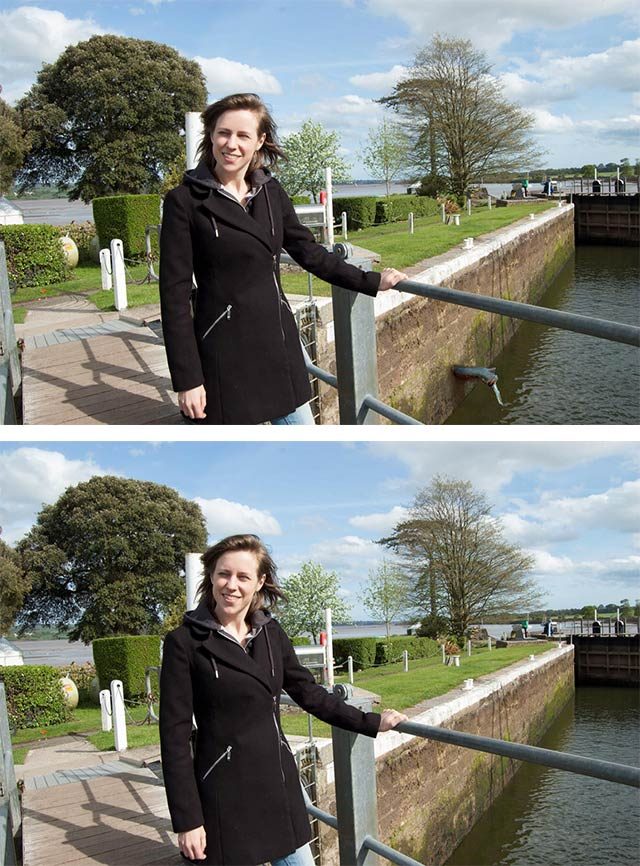 Do you think you can spot when an image has been airbrushed, retouched, or altered in some other way? There are certainly some great photo editing apps that make tweaking photos easy. Too easy. Researchers from the University of Warwick in United Kingdom wanted to find out if people could spot the tweaks. They asked participants to review a bunch of original and tweaked images and asked: "Do you think this photograph has been digitally altered?"

According to their results, published in Cognitive Research: Principles and Implications, people were able to determine that a photo had been tweaked only 60 percent of the time, and could point out exactly where only 45 percent of the time. Can you figure out what these optical illusions are really photos of?

"Our study found that although people performed better than chance at detecting and locating image manipulations, they are far from perfect," said Sophie Nightingale, PhD student and lead author from the University of Warwick.

When researchers asked people to point out what may have been altered in a photo, they performed better, which suggests that it's easier to spot manipulations than to say in general if a photo has been manipulated or not.

Can you spot the differences in the photo of the woman by the canal? 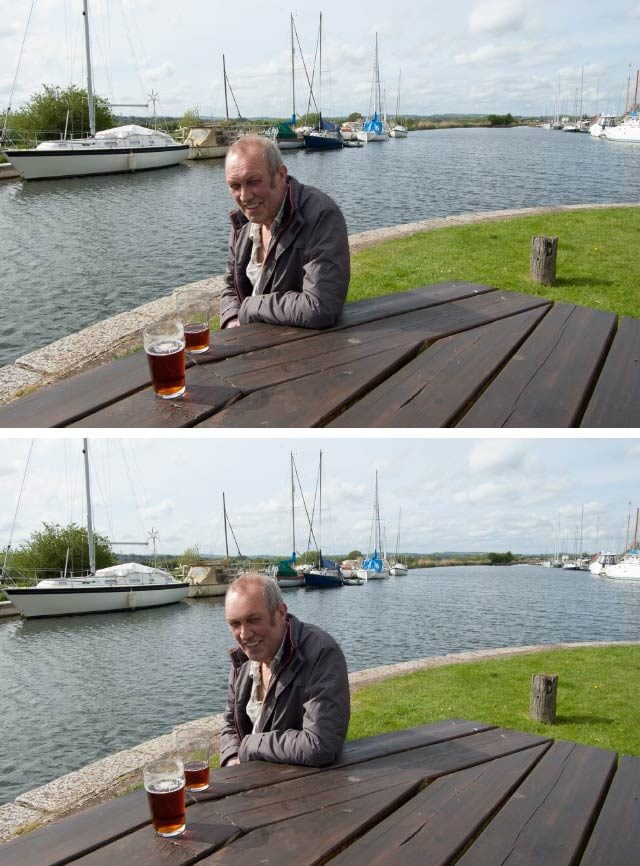 There can be real world ramifications when people are unaware that a photo has been altered.

"People's poor ability to identify manipulated photos raises problems in the context of legal proceedings where photos may be used as evidence. Jurors and members of the court assume these images to be real, though a manipulated image could go undetected with devastating consequences," says Dr. Kimberley Wade, study co-author from the University of Warwick. "We need to work to find better ways to protect people from the negative effects of photo manipulation, and we're now exploring a number of ways that might help people to better detect fakes." See if you can spot the difference between these other 10 photos.

Perhaps not as serious as having a manipulated photo being used as evidence during a trial, according to Sciencedaily.com, airbrushed photos of models in magazines or on social media can cause body image insecurity, leading to poor levels of mental health and well-being in people—especially young girls—who don't realize that they are seeing edited images of unrealistic standards of beauty.

Can you spot what's been tweaked on the photo of the man with the beers on the table?

Can you identify these 16 everyday objects from their close-up pictures? 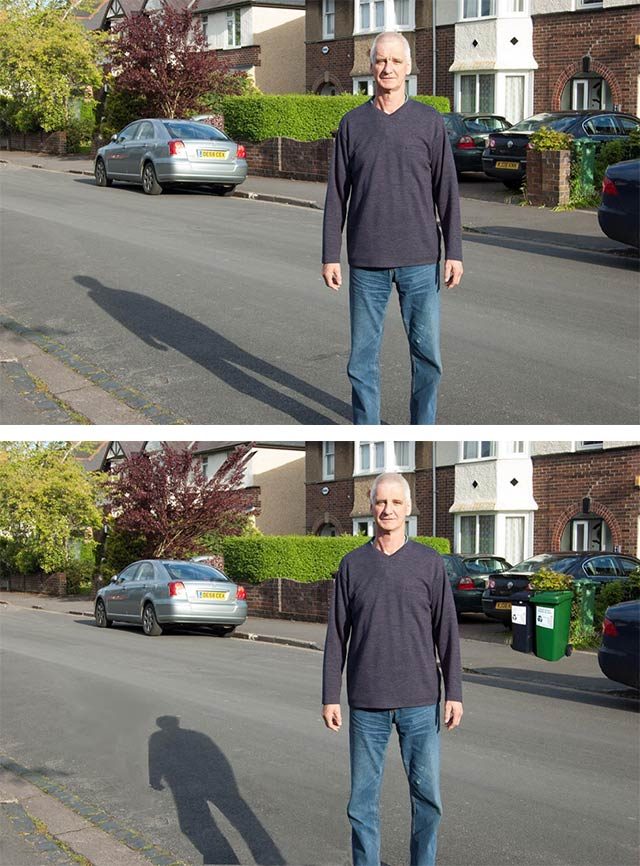 How to tell when a photo has been altered

There are no dead giveaways, unfortunately, but there are a few tricks. "Try using reverse image searches to find the image source—Google has this option—looking for repeating patterns in the image, as repetition might be a sign that something has been cloned," Dr. Nightengale says. "Open the image in a digital editing program and mess around with contrast or sharpness, which might reveal some irregularities. Also, keep an eye out for subtle inconsistencies, for example in the lighting and shadows." Dr. Nightengale's team is now conducting research to see whether people can make use of these signs to help identify forgeries.

It's tough to spot when there are numerous manipulations applied to a photo, including airbrushing, addition or subtraction of objects, geometrical inconsistencies, and shadow inconsistencies. Test your skills and see if you can match the correct shadow to these pictures.

Can you spot what's been changed in the photo of the man standing in the street?

Next, see if you can spot the animals camouflaged in these photos.