13 Things You Never Knew About Earthquakes 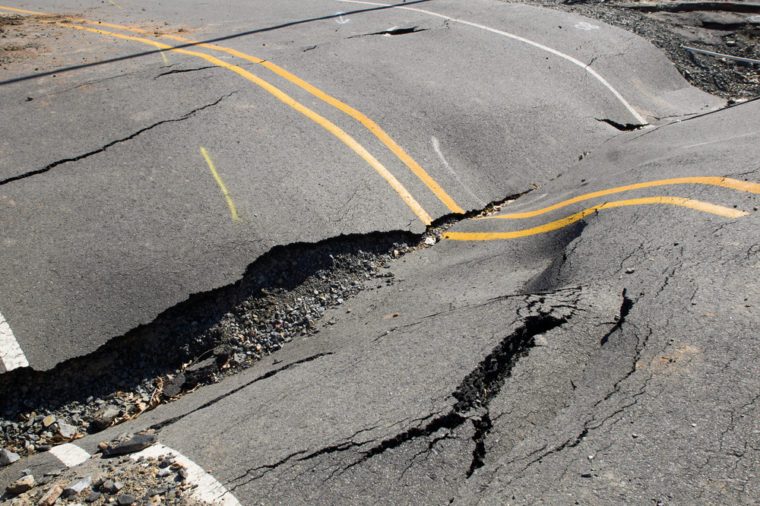 They happen a lot more than you think

An earthquake happens somewhere every single day. The U.S. Geological Survey (USGS) estimates that 500,000 detectable earthquakes occur in the world each year. Many more go undetected because they hit remote areas or have very small magnitudes. The National Earthquake Information Center (NEIC) locates an average of 50 earthquakes every day, or about 20,000 a year. Learn about some real natural disasters you had no idea happened in the USA. 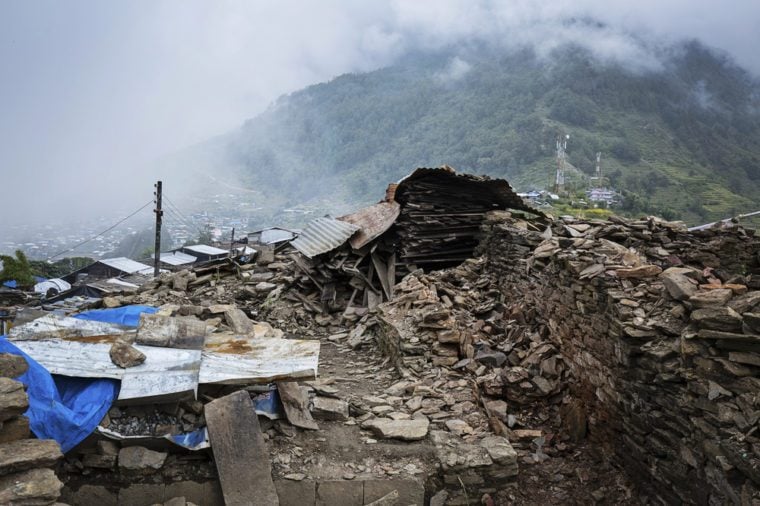 At least 1,230 deaths worldwide resulted from earthquake activity in 2017. 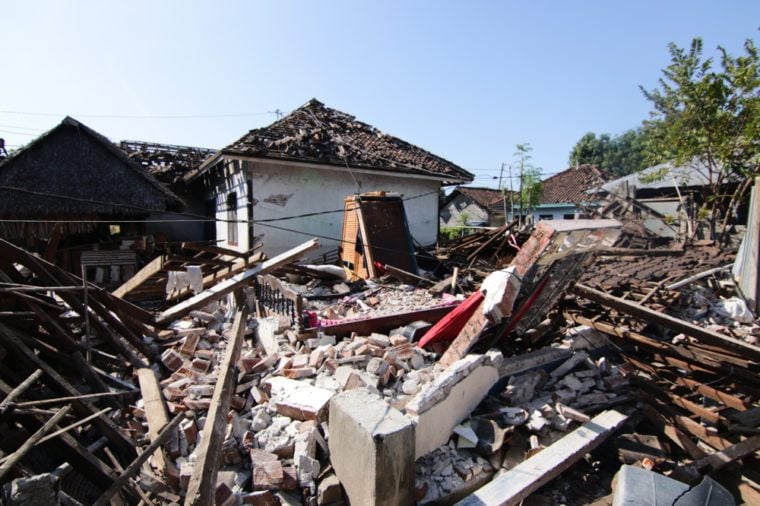 …but it’s not the “quaking” itself that’s dangerous

Most earthquake injuries and fatalities aren’t actually caused by the ground shaking. Instead, it’s when buildings and other structures collapse, as a result of the shaking, that death tolls rise. In addition, earthquakes often trigger other deadly disasters. Tsunamis are the most common, particularly when the epicenter of the quake is located on the ocean floor, and these massive waves often claim far more lives than the quakes themselves. During San Fransisco’s famously deadly 1906 quake, the fires that the quake triggered actually caused the vast majority of the destruction. And it’s not just humans whom earthquakes endanger, of course—follow these tips to keep your pets safe in case of a natural disaster. 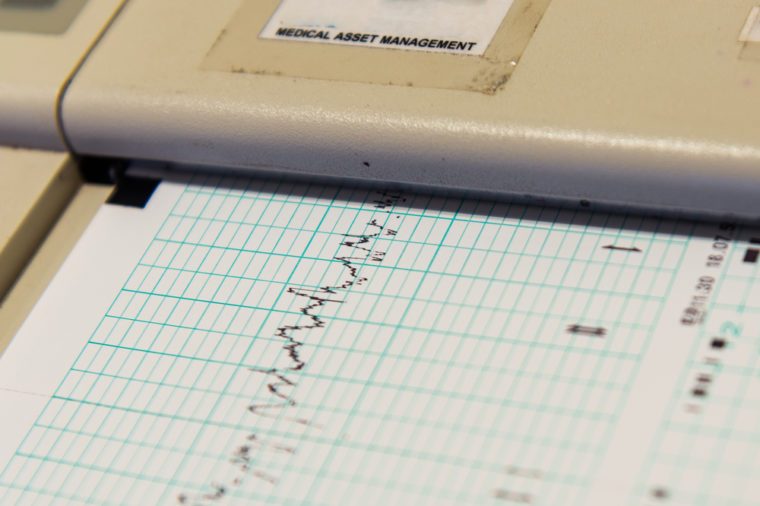 How we measure them

Charles F. Richter developed the Richter scale in 1935 as a mathematical device to compare the size of earthquakes. The magnitude of an earthquake is recorded by a seismograph. When an earthquake begins, the base of the seismograph shakes but a hanging weight does not. A spring absorbs all the movement. The difference in position between the shaking part of the seismograph and the motionless part is what is recorded, according to the U.S. Geological Survey. 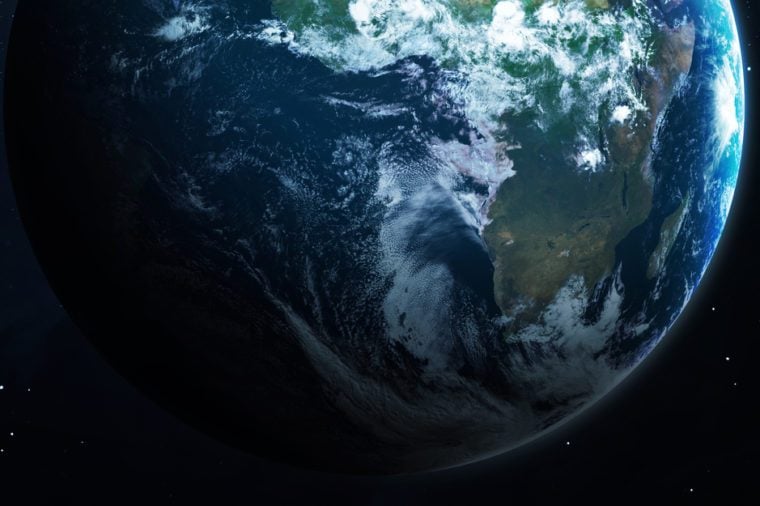 How to find the epicenter

Seismologists track down the epicenter of an earthquake, or the spot on Earth’s surface directly above the earthquake’s point of origin, by compiling seismic data from three different locations. They track the times the seismic waves arrived at each location, and from there, calculate the speed with which the waves traveled. From there, they can determine each point’s distance from the epicenter and draw circles around each point on a map, each with a radius equivalent to the distance. The spot where the three circles intersect is the location of the epicenter. 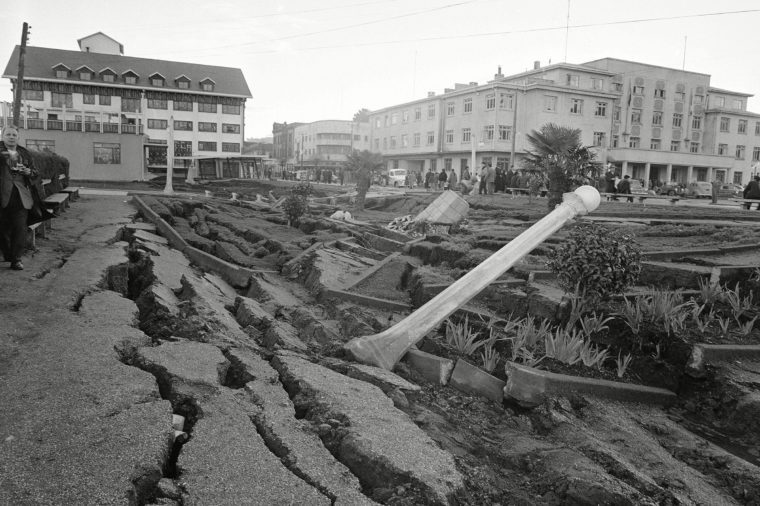 The biggest one ever

The largest earthquake in recorded history struck Chile in 1977. It measured 9.5 on the Richter scale. The largest one to hit the United States wasn’t much smaller; it was a 9.2 earthquake that struck Prince William Sound, Alaska, in 1964. Learn the things real natural disaster survivors wish they’d done to prepare. 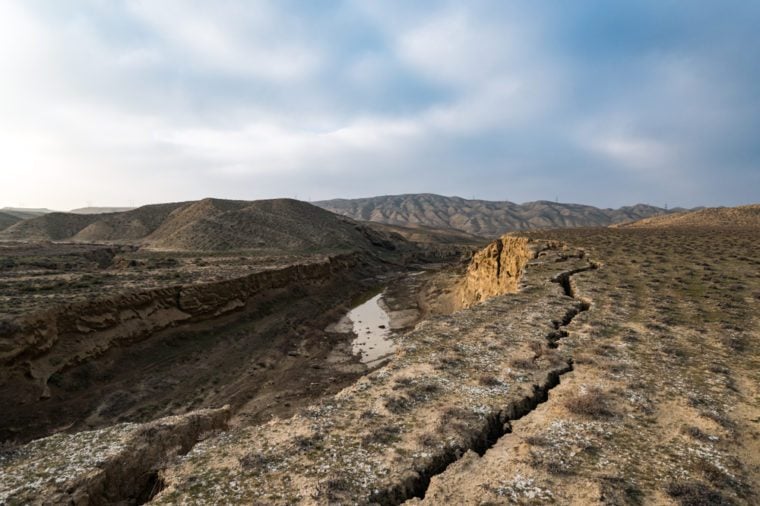 They’re not getting more frequent

The number of large earthquakes constituted as 6.0 and greater has stayed relatively constant. Since 1900, scientists have expected about 17 major earthquakes (magnitude 7.0 – 7.9) and one great earthquake (8.0 or above) in any given year. The devastating earthquake in Haiti in 2010 was 7.0 and the 2011 earthquake in Japan was 9.0. 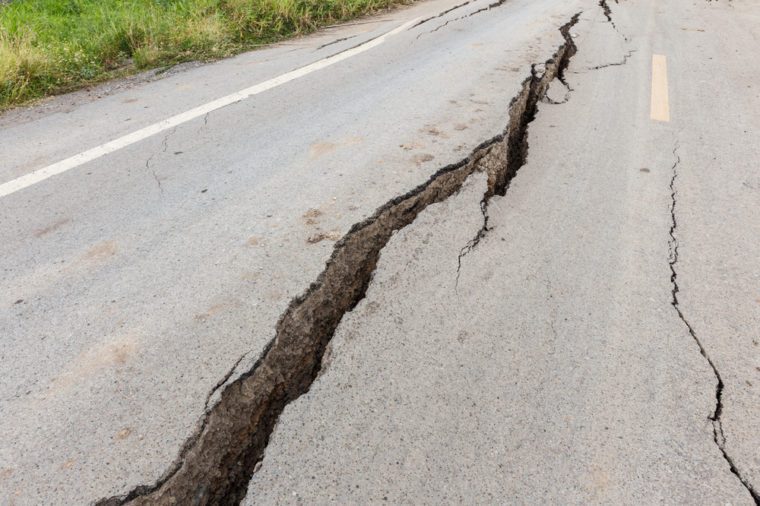 You can track them…

Find out about the latest earthquakes in the United States (and the world) at the USGS site. You may be surprised by how recent they are. 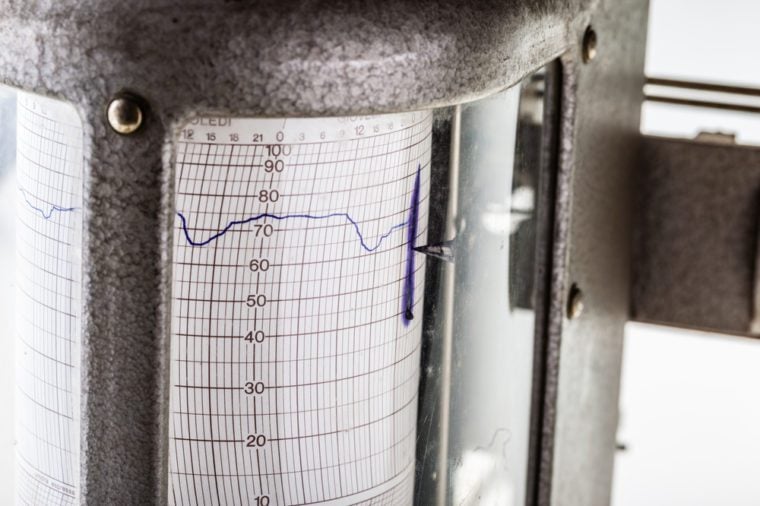 …and we’ve been tracking them for a very long time

The first record of an earthquake occurring in the California region was in 1769 when the expedition of Gaspar de Portolà experienced a tremor near the area that would become Los Angeles. However, people had been using some variation of seismic tracking technology since second-century China. Learn some surprising facts about Earth you never learned in school. 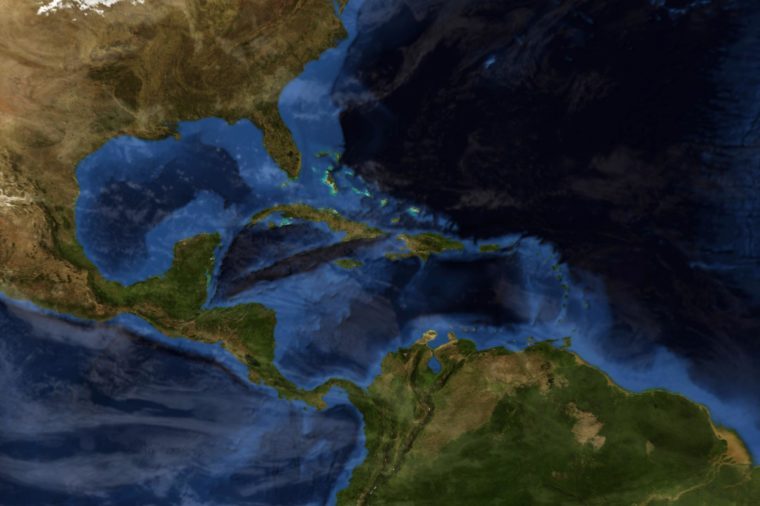 They can permanently alter the map

A powerful earthquake, like the one in Haiti, can “render current maps out of date, posing additional challenges to rescue workers on the ground,” Science Daily explains. “New satellite images can help rescue efforts by providing updated views of how the landscape has been affected.” 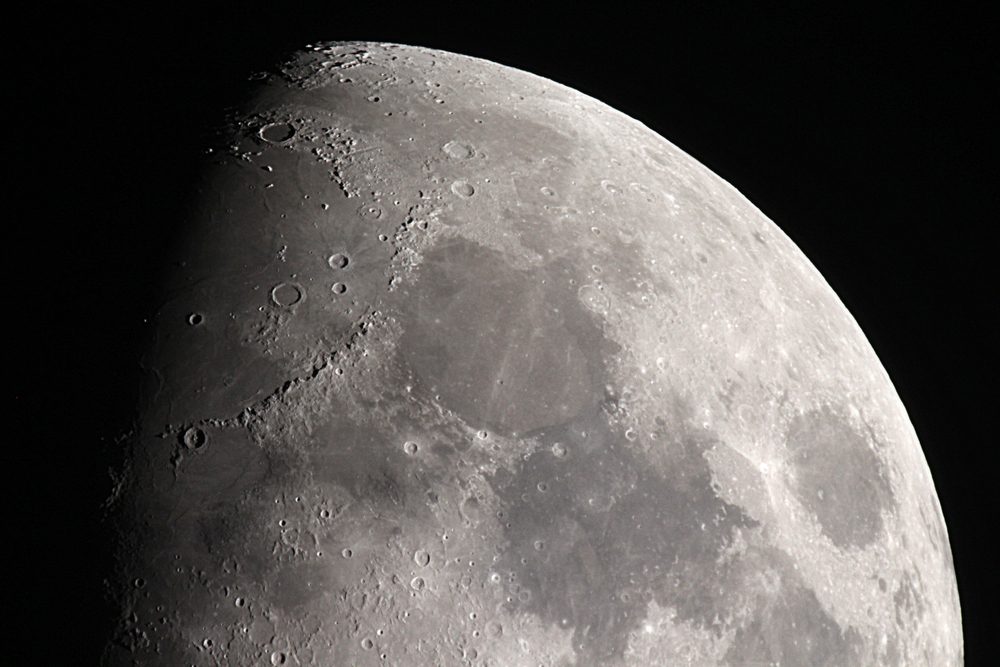 They happen on the moon, too

Technically, the moon experiences “moonquakes,” not earthquakes, but the basic seismic activity is still the same. The moon’s crust shifts and changes, but the quakes it produces aren’t nearly as intense as Earth’s biggest disasters. Meteorites striking the lunar surface can cause moonquakes, too! Learn some more surprising and spooky facts you never knew about the moon. 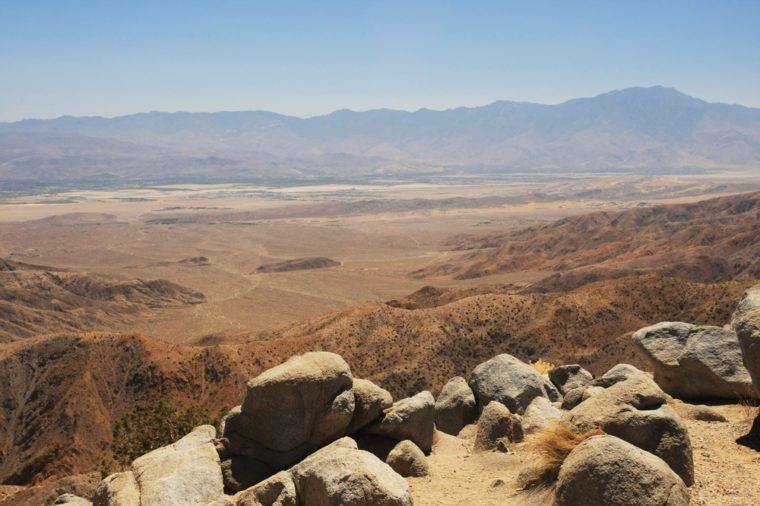 Most of them occur in the same area

You might already know that some spots are more prone to earthquakes than others, like California’s San Andreas Fault. But in fact, around 80 to 90 percent of all the earthquakes in the world actually occur in the same region of the Earth’s crust. The vast majority of the world’s seismic activity can be traced to this belt, known as the “Ring of Fire,” which wraps its way around the Pacific Ocean. 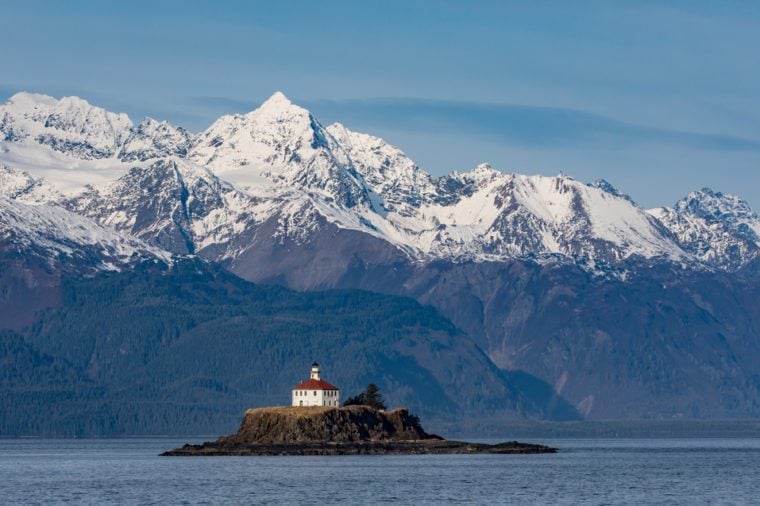 The most earthquake-prone state is not California

Despite the prevalence of earthquakes along the San Andreas Fault, California is only America’s second-most seismically active state. The U.S. state with the most earthquakes is actually Alaska, which experiences an earthquake of magnitude 7 or greater around once a year. Next, check out the strangest unsolved mysteries about planet Earth.