Lions and tigers and ... glowing roaches? Oh my. 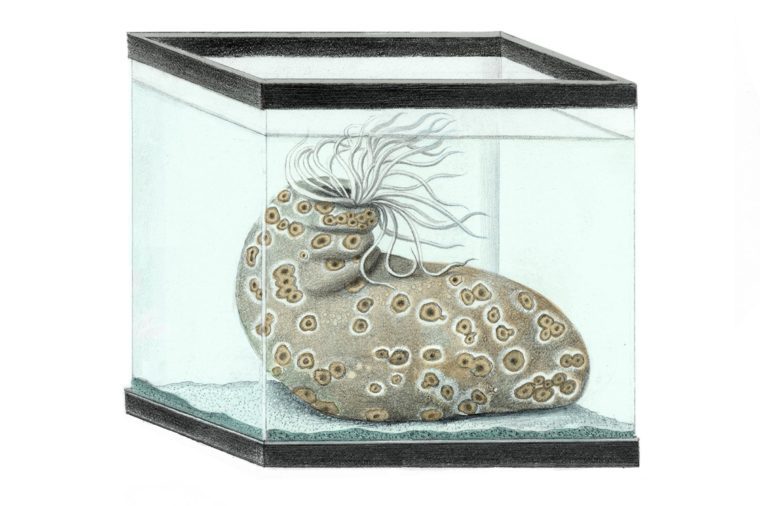 The sea cucumber’s slothlike speed should make it easy prey. But this bottom-feeder possesses a secret weapon. When under threat by, say, a crab, some sea cucumber species shoot out their guts—their intestines and respiratory tracts, and even their reproductive organs!—from their anuses. ­Believe it or not, certain predators find this ­appetizing. As they dig in, the sea cucumber hides ­under a rock or in the sand and plots its escape. Going on with life after you’ve literally spilled your guts isn’t easy, and afterward, the sea cucumber finds itself in a kind of suspended animation for a few months, regenerating its organs and getting ready to escape the next unsuspecting crab. Too gross? Try taking a look at these 12 animals species that are probably smarter than you. 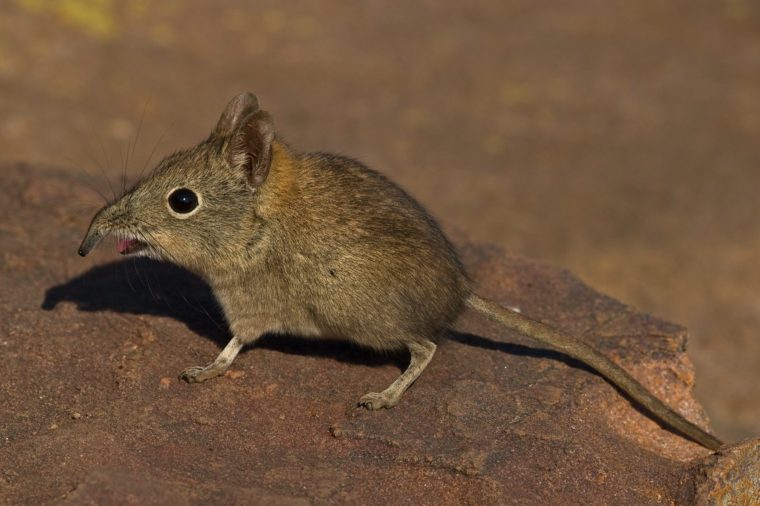 Although they may appear like everyday mice, the DNA of the elephant shrew is more closely related to its jumbo namesake. Despite being smaller than even other elephant shrew species, the mammal genetically resembles an elephant way more than a mouse, according to the African Wildlife Foundation. 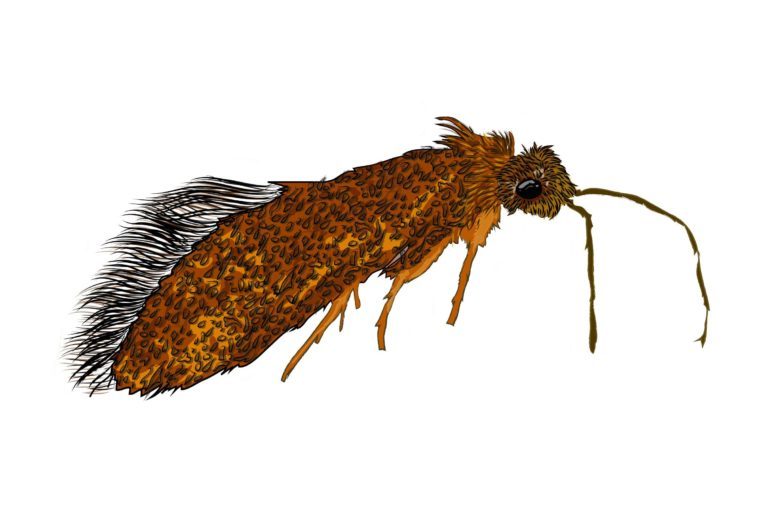 This new species of moth was only recently discovered. They are so unique because they only live for one day. Within 24 hours, they emerge from their cocoon, mate, reproduce, and then die. IFL Science describes it as an evolutionary wonder. 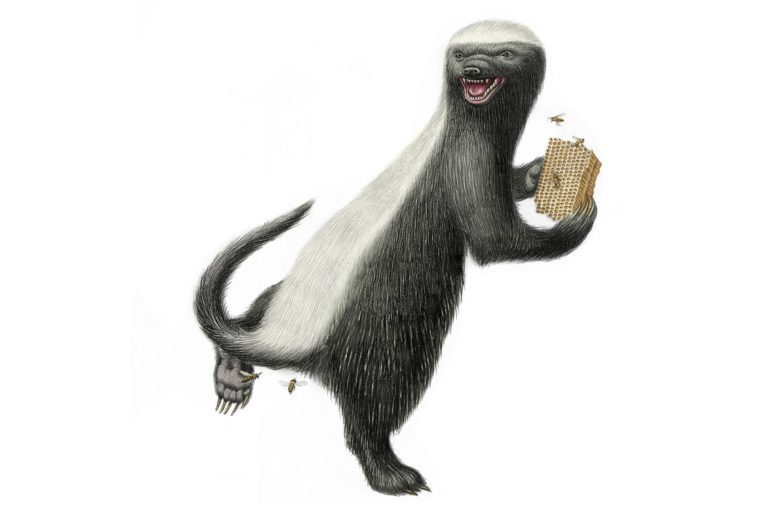 The 30-pound honey badger has been dubbed the most fearless animal in the world for its willing­ness to take on larger beasts, such as lions and buffalo. Aside from an incredibly powerful jaw and a thick, rubbery skin, the honey badger defends itself by turning the pouch in its rear end inside out to spray enemies with a musky, suffocating stench. This action sends predators fleeing, which is exactly what you would do if someone you just met pulled the same stunt. Here’s another factoid: The honey badger usually lives alone. Gee, wonder why. Want something a bit less terrifying? Take a look at the most amazing animal photos taken in 2018. 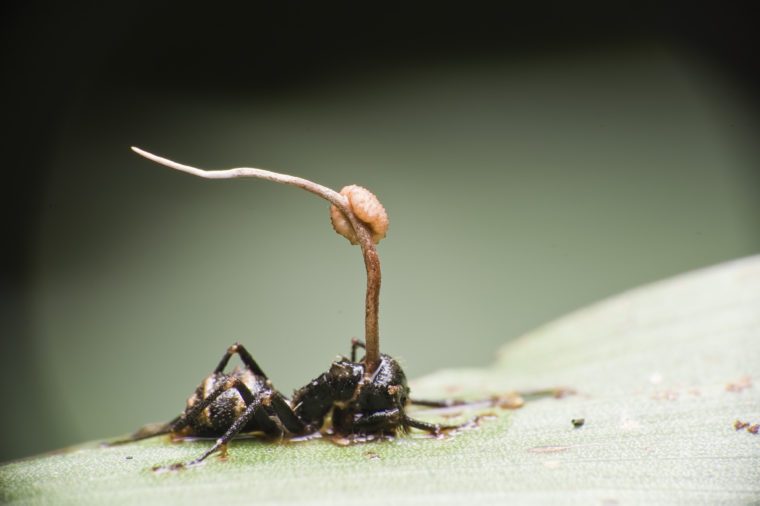 If the Jedi mind trick is your fantasy superhero power, you might find yourself envying this fungus. The Brazilian species makes its home in an ant’s brain, and NationalGeographic.com reports that it controls the ant until it kills it off, then it takes its spores elsewhere. 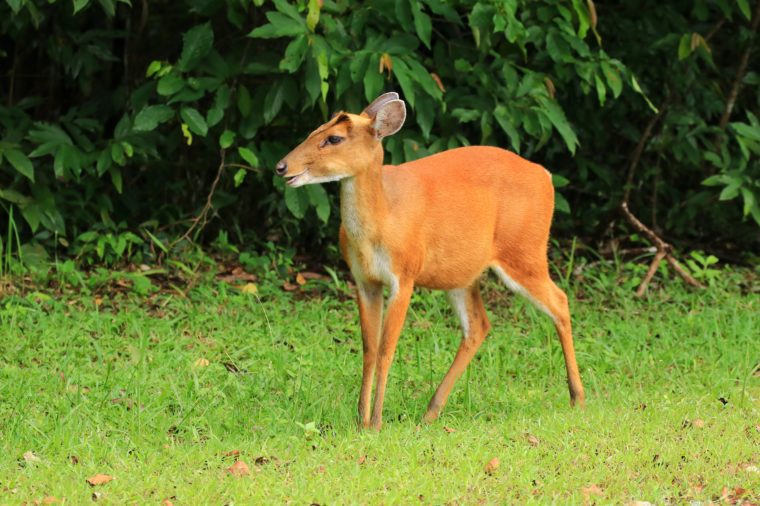 Smaller than a standard beagle, the average adult leaf deer weighs about 25 pounds and measures about 8 inches tall. Its name came about because Myanmar locals claim it is so small that it can be wrapped in just one large leaf, reports The New York Times. 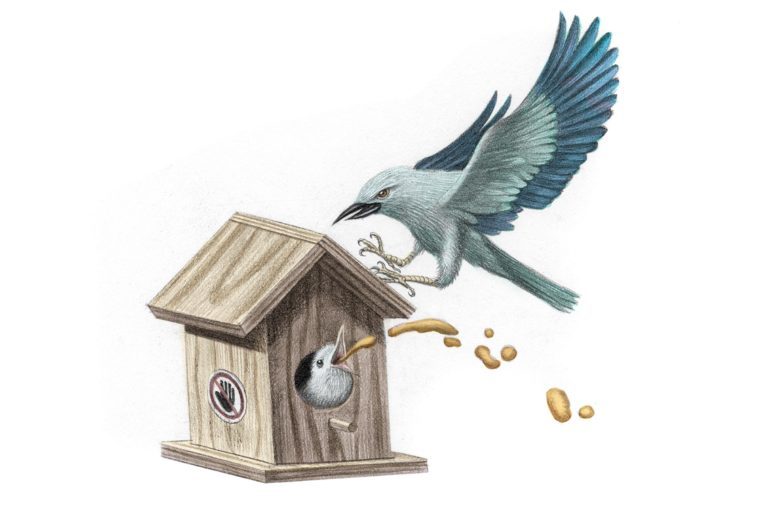 Imagine you saw some people to whom you wanted to say hello, but as you approached, they opened their mouths—and vomited on you. You would give them a wide berth, right? In the case of young Eurasian roller birds, they have a good reason for this rude behavior: They assumed you were going to eat them. Rollers have been known to travel from Europe to central Asia, and along the way, they encounter countless snakes, rats, and other predators. When the young birds hurl their orange, putrid-smelling intestinal fluid, it keeps the bad guys at bay and alerts their parents to potential trouble. Too gross? Take a step back and have a laugh with these 50 funny animal photos you need in your life. 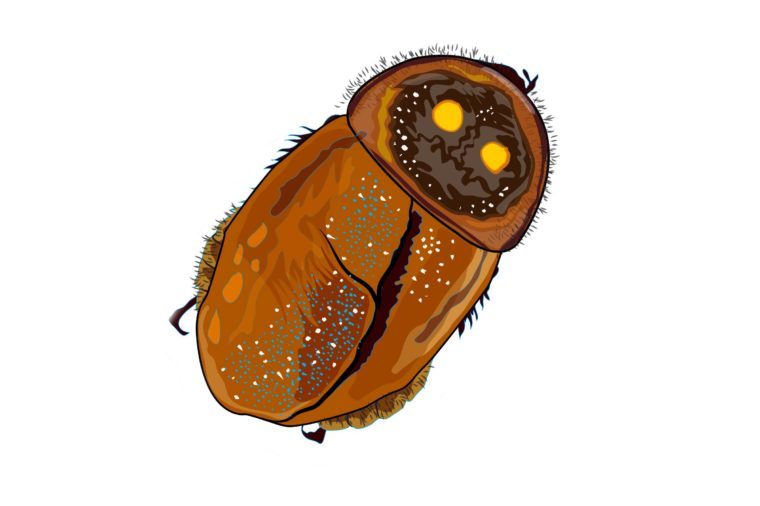 A new species of cockroach uses bacteria to glow in the dark, as reported in Time.com. Great — now we’ll be able to hear and see creepy crawlies scuttling away in the night (said no person ever!) 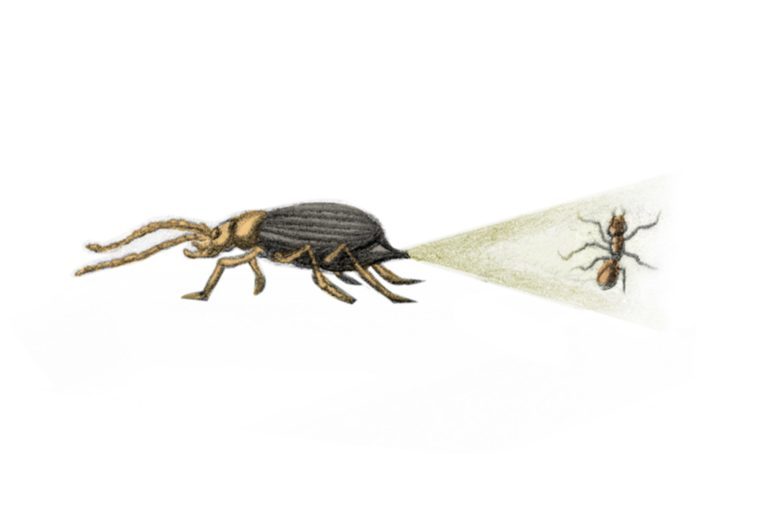 This creature gets its name honestly: It fends off attackers by bombing them with chemicals hot enough to burn human skin. The flying half-inch beetle has two separate glands. One contains hydrogen peroxide and hydroquinone, which also can be engineered in a lab and used commercially as a skin-­bleaching agent. The other harbors a mixture of enzymes. When the contents of the two glands are mixed, they create a chemical that can reach a temperature of 212 degrees F. This combination is then shot out from a remarkably accurate nozzle-like opening located on the rear of the beetle’s abdomen, an action it can repeat up to 20 times in a row before running out of ammunition. 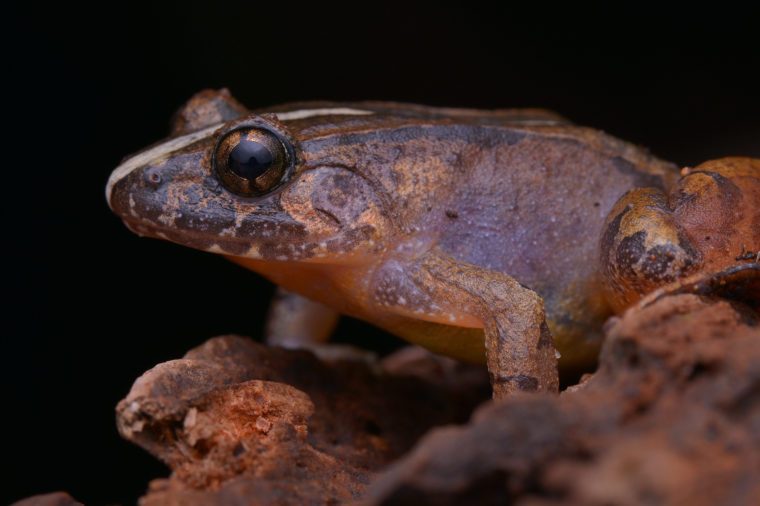 The Limnonectes larvaepartus is a frog with fangs that was discovered in 2014. It has two projections on its lower jaw that make great defensive weapons. The species gives birth to live tadpoles, then uses its fangs to fight off predators. If you need a break from all the grossness, take a look at these photos of the most adorable animals you probably didn’t know existed. 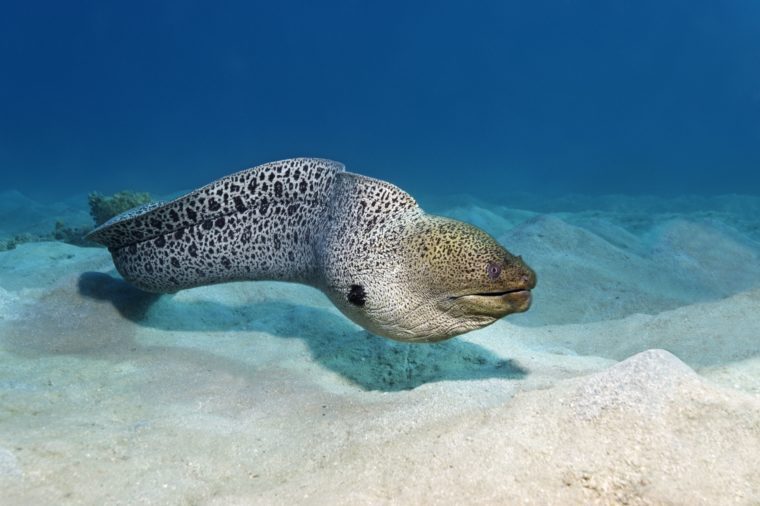 This eel is the largest of its kind. Its scientific name is Pylorobranchus hearstorum, or worm eel, and it was first discovered in 2014. It measures 50 inches long from head to tail, which is about twice as long as every other type of eelworm. 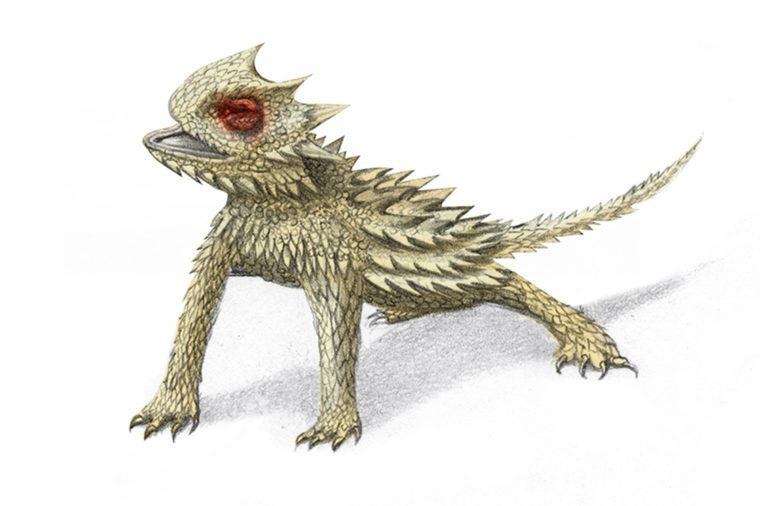 The horned lizard, found wandering drier climates from Arizona to Guatemala, is a tasty morsel. The morsel in question, however, has a neat trick to fend off hawks, snakes, canines, and other hunters: It shoots blood from ducts in the corners of its eyes into the eyes and mouths of stunned predators, allowing the lizard to make a hasty retreat. The blood can travel up to four feet and is thought to contain a substance that’s unpleasant for dogs and coyotes. 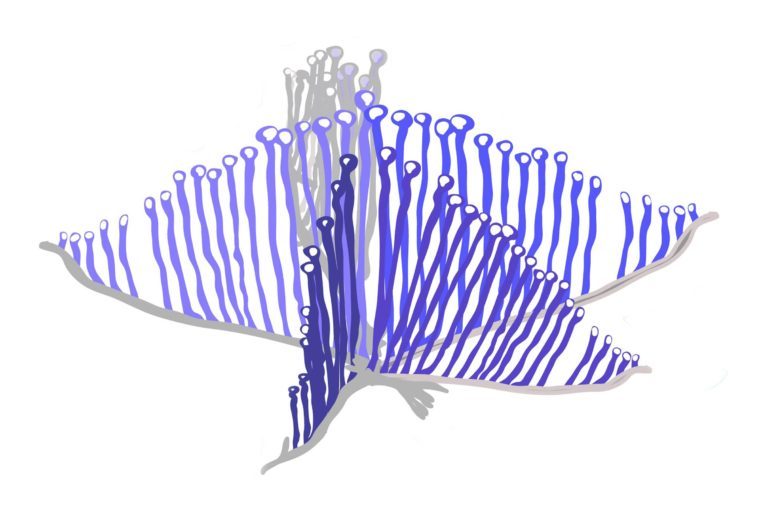 These sponges use their hooked appendages to grab passing sea creatures, enclose them in a thin membrane (think: spider’s web), then devour them, Live Science reports. So better, double-check your loofa… some animal species are a lot smarter than you think. 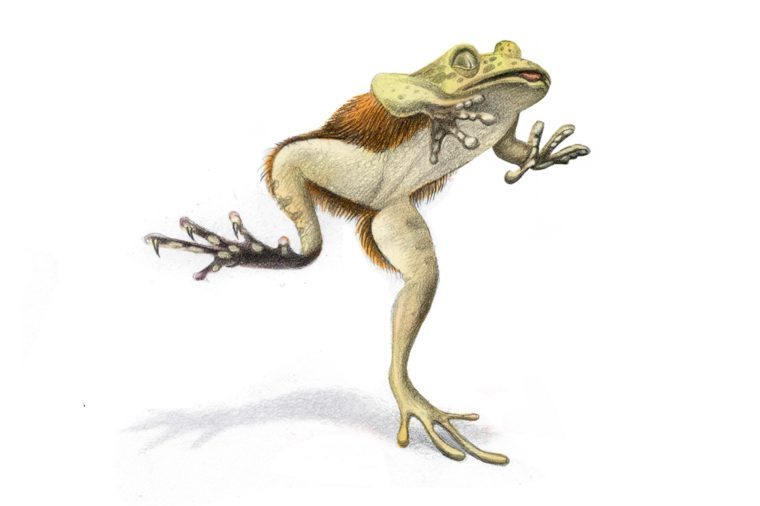 If you learned of a frog that was constantly breaking its bones, you’d probably think, Wow, that’s one careless amphibian. But the four-inch hairy frog of western Africa knows what it’s doing. When threatened, it can contract muscles that are connected to its hind claws, breaking the bones. The frog then thrusts the shards through the underside of its toe pads, turning them into weapons. When the foe has been vanquished, the bones retreat back into the foot, where it’s believed the tissue around the bony claws eventually regenerates. Superhero fans may recognize this move. After all, the creature’s nom de guerre is the Wolverine frog. 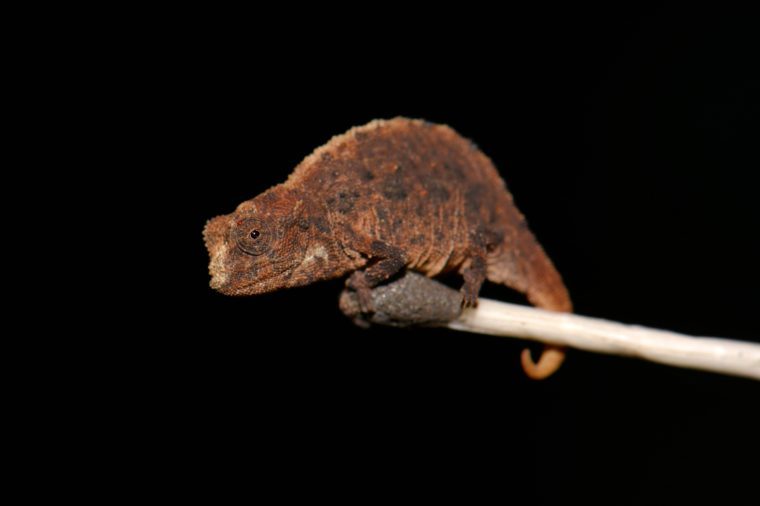 This tiny chameleon sub-species called a Brookesia marca is small enough to rest comfortably on the tip of a match. No worries; you aren’t likely to encounter one. The mini reptile is at risk, due to deforestation and general habitat loss, reports Live Science. 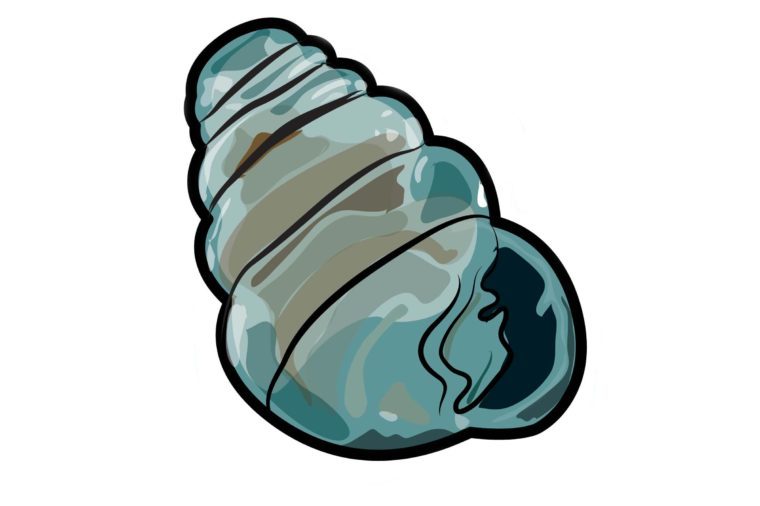 Nearly one thousand kilometers (about 609 miles) below sea level in a Croatian cave system, scientists discovered a creepy snail that has a translucent shell. Good luck trying to find one, though. Even if you could dive deep enough, the creatures are as tiny as they are rare. Though the cave was home to many types of snails, scientists only recovered one specimen of this species. This is how much sleep some cute animals need. 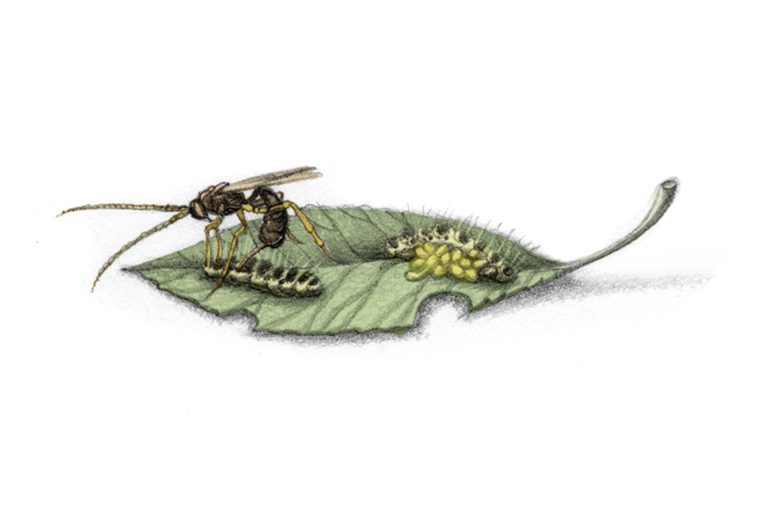 Remember the film Alien? The title character, Xenomorph, injects its embryo into the body of an astronaut. A few days later … BAM! A baby alien pops out of the poor guy’s chest. Well, about a year ago a researcher in Australia discovered a wasp that injects its eggs into its victim, such as a moth caterpillar. As the eggs grow, they consume the caterpillar’s insides until they burst out of its body as fully formed larvae. It doesn’t end there. Sometimes the caterpillar survives in a zombified state, doomed to live out its life protecting the new communal cocoon until the day the larvae emerge as wasps. The researcher, obviously a sci-fi fan, dubbed the wasp the Dolichogenidea xenomorph. Think of it as another sequel in the Alien canon. 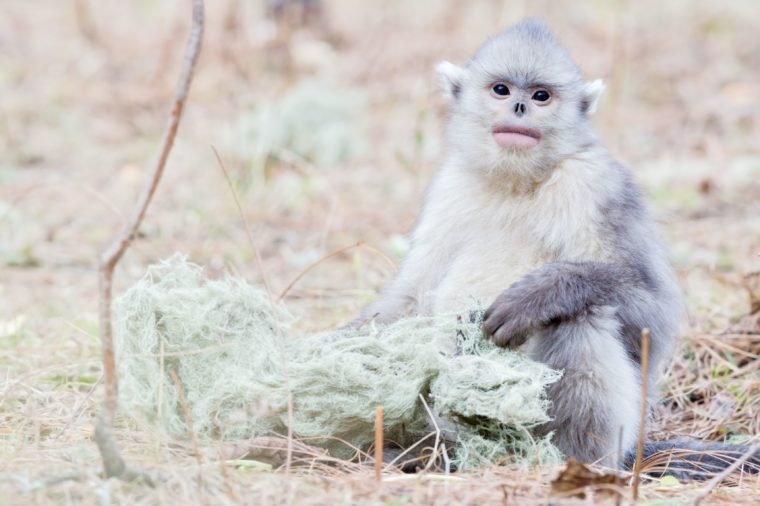 Is that a monkey … or Voldemort? Either way, you wouldn’t want to run into one of these in the darkest jungle. Or maybe you do? According to Wired.co.uk, these critically endangered snub-nosed monkeys from Myanmar tend to get water in their nose when it rains, so do what researchers do and locate them by their sneezes. 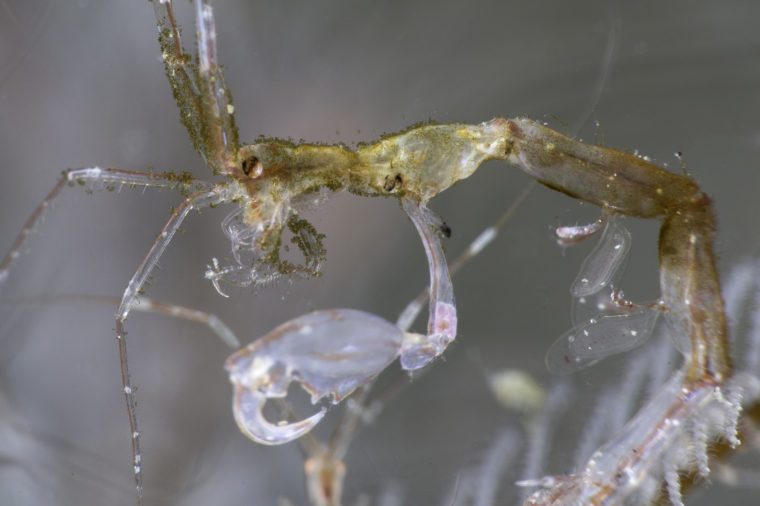 Tiny and rare, this skeletal-looking translucent shrimp has only been seen in caves off the coast of Southern California, according to CNN.com. Then again, just because an animal doesn’t look creepy doesn’t mean it’s safe. Learn more about the scary side of these 10 adorable animals. 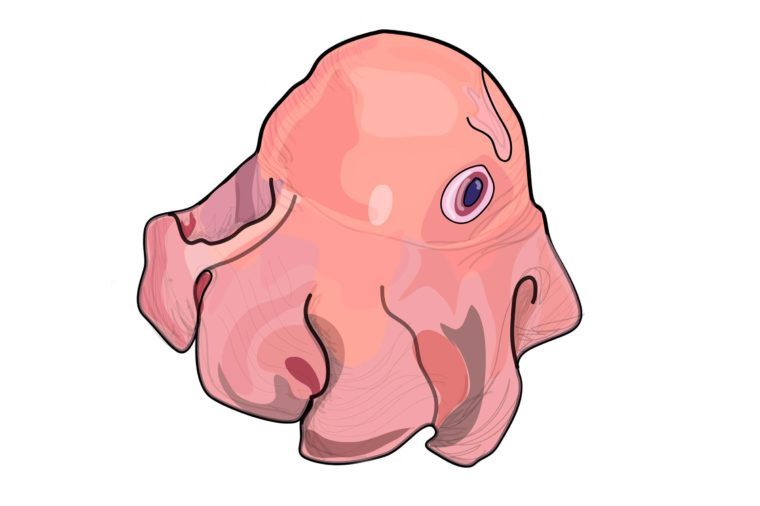 This little octopus is only 7 inches long. Though discovered in 1990, researchers are still studying it’s living patterns. It has smalls wing-like fins and is adorable according to Inquisitr. We have to agree. 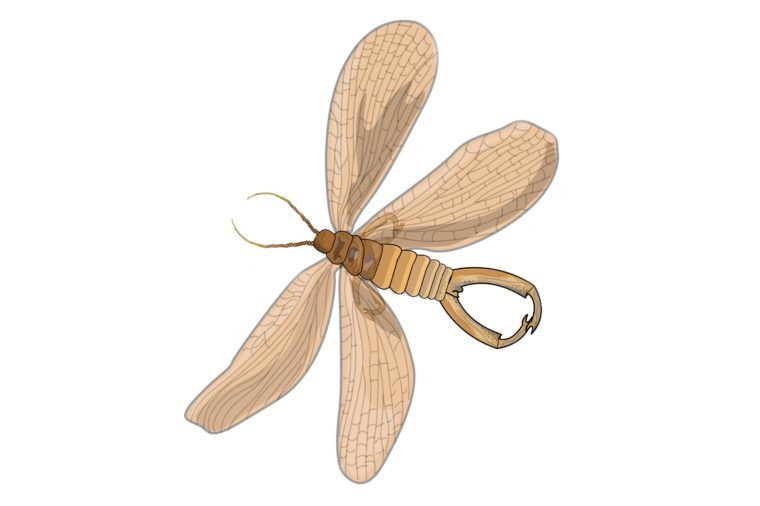 Tinkerbella, aptly named after the pert fairy in “Peter Pan,” is a species of wasp known for its distinct wings, which resemble eyelashes. According to ScienceDaily.com, a group of scientists exploring Costa Rica identified the tiny wasp in 2013. 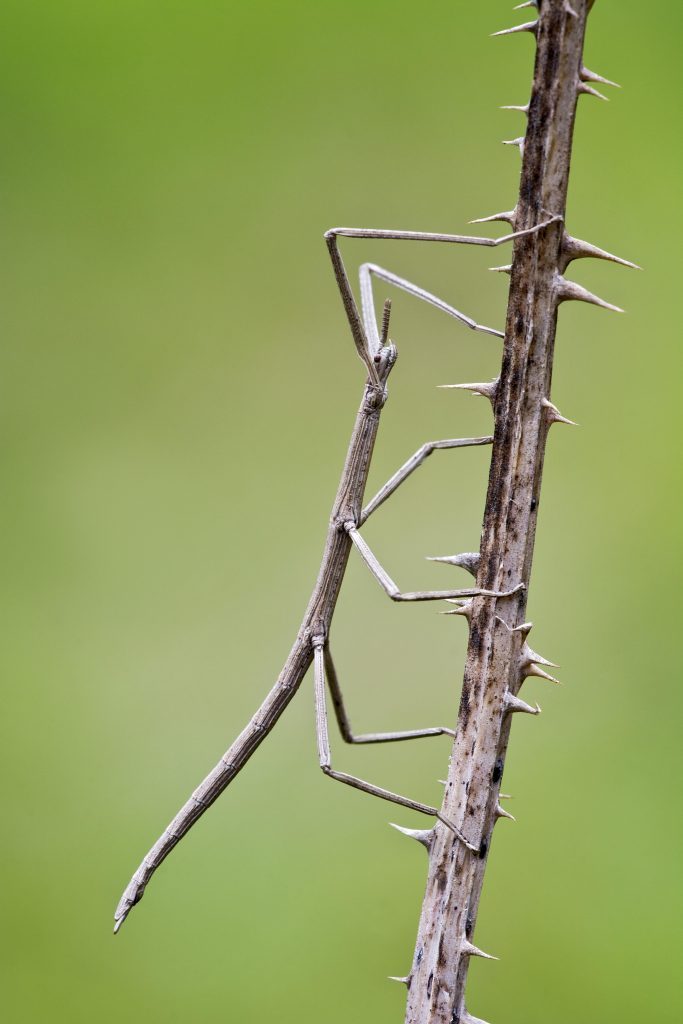 The stick bug is over a foot long, which makes it the second-biggest living insect ever found. It was discovered in 2014 in Vietnam. Okay! Enough with the gross animals! These 60 animals photos are so adorable, you’ll forget all about this skin-crawling read.