12 Animals Who Are Probably Smarter Than You 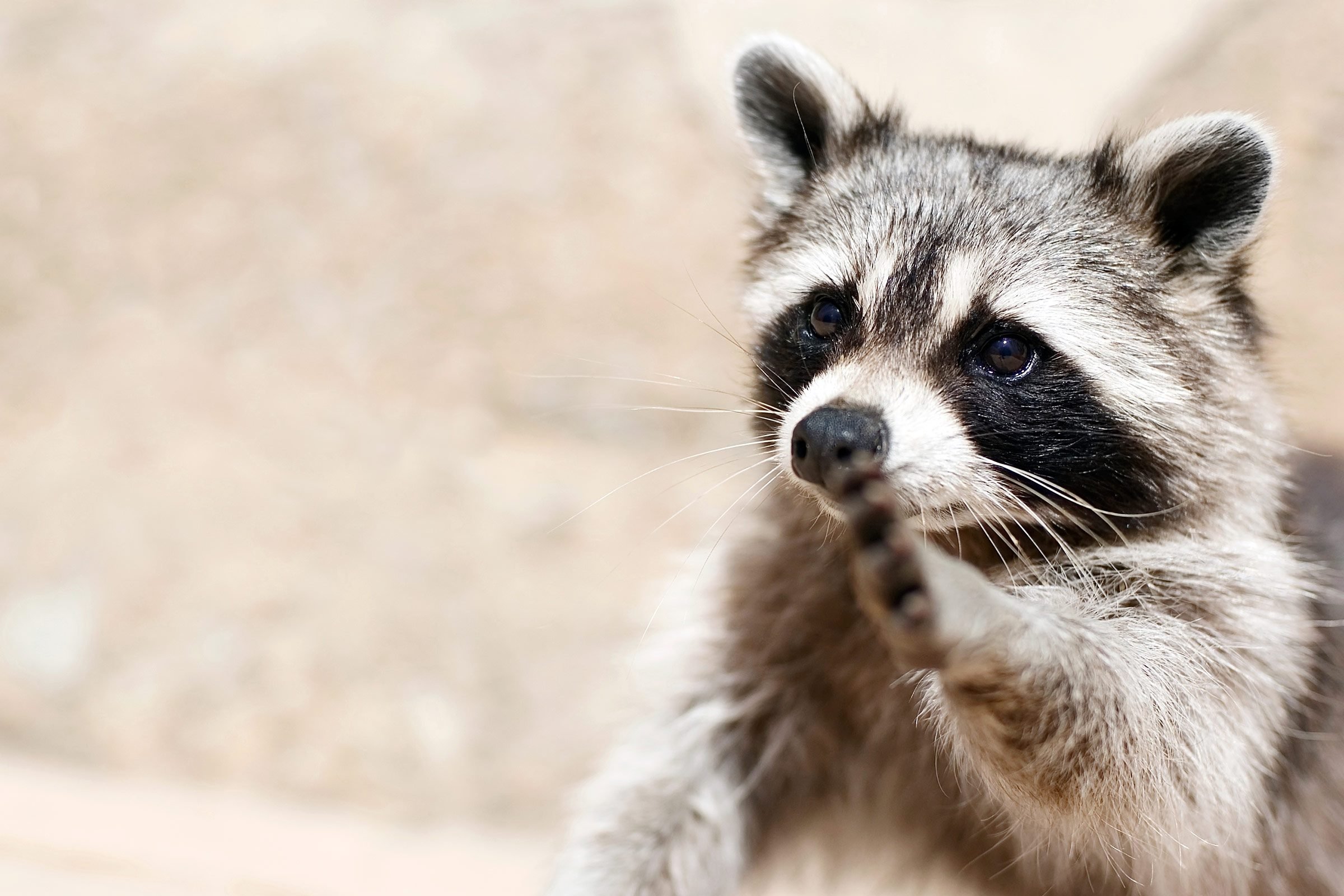 If you’re planning a whimsical animal burglary, you’ll definitely want a raccoon anchoring your squad. In a bizarre 1908 study by ethologist H.B. David, raccoons were able to pick complex locks in fewer than 10 attempts, even after the locks were rearranged or flipped upside-down. Various studies conducted from the ’60s to the ’90s found that raccoons boast an impeccable memory, able to recall solutions to tasks for up to three years. Bonus fact: Thanks to their broad hearing range, raccoons literally hear earthworms moving underground. (How this will benefit you in your heist is for you to determine.) 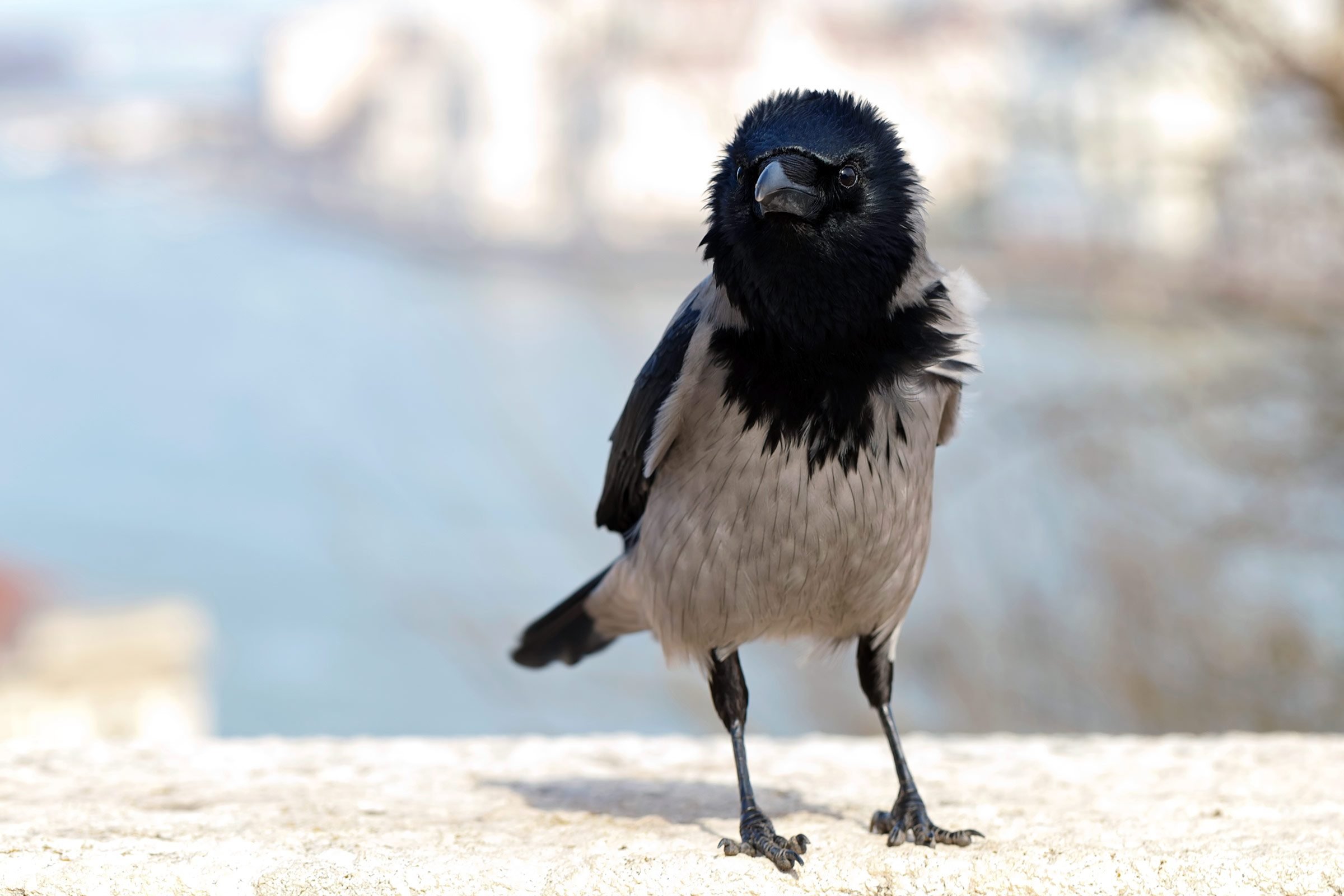 Not only can crows recognize faces to differentiate between predatory and benign species, they also understand basic physics (like this lab crow who mastered water displacement to maneuver a treat within reach), have been known to change entire migration patterns to avoid farms where crows have been killed in the past, and may even memorize city garbage routes so they can snag the inevitable food droppings on trash day. Talk about some of the smartest animals! Cool, calculating, and known to harbor a grudge, crows shouldn’t be compared to gangsters, per se, but we do feel obligated to remind you that a group of them is called a murder. At least they aren’t as creepy as these 15 gross animals that will make your skin crawl. 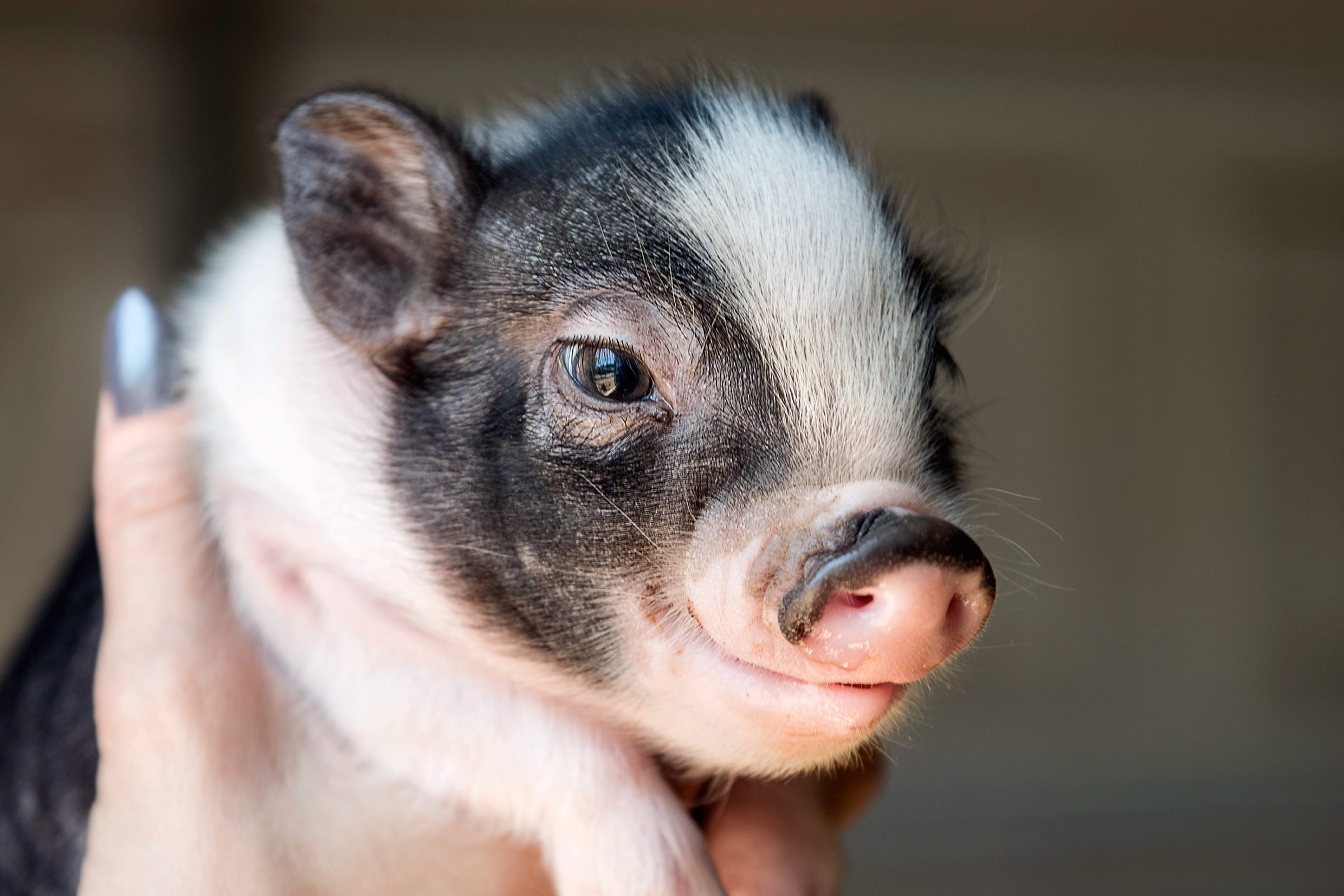 Pigs may as well be man’s best friend, according to a 2015 paper from the International Journal of Comparative Psychology. Like dogs, pigs have been shown to understand emotions, demonstrate empathy, solve mazes, learn simple symbolic languages and, most adorably, make best friends. As some of the smartest animals in the world, the youngest pigs even put our youngest humans to shame. In an experiment where wee British piglets had to use mirrors to divine the path to a hidden bowl of food, piggies as young as six weeks old learned the concept of reflection within a few hours—a milestone that takes baby humans several months to grasp. On the contrary to baby pigs, check out 25 of the world’s largest animals. 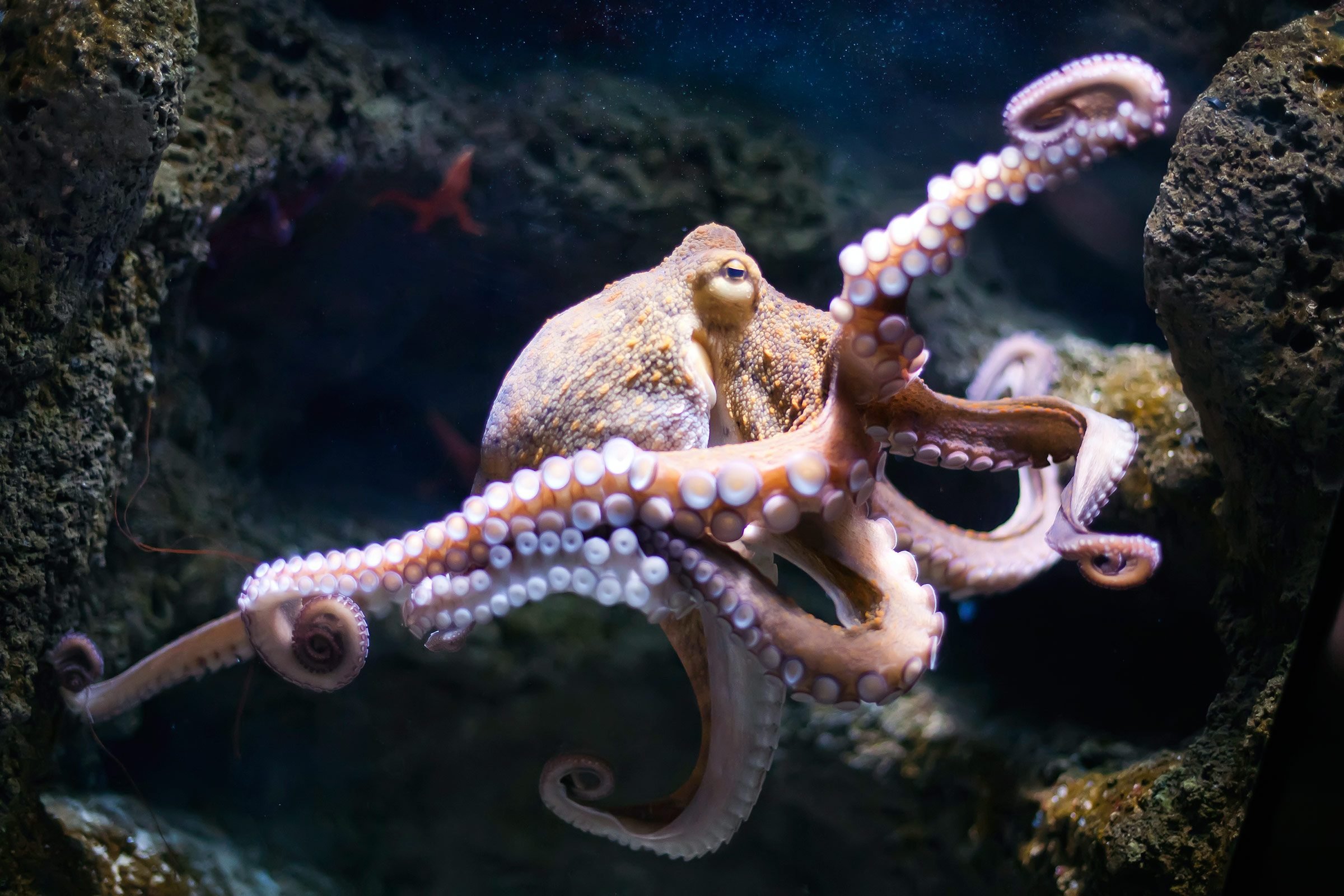 True prison-breakers of the sea, these tentacled creatures have proven time and again their talents for popping lids off screw-top jars, compressing their bulky bodies through slit-small holes, and climbing impossibly out of aquarium tanks to their freedom. Otto, a German aquarium octopus, was even known to throw rocks at the glass and spray water at overhead lamps to short-circuit the annoyingly bright lights (on more than one occasion). Add to their rap sheet the recent innovation of assembling shelters from coconut shells, and there’s no denying cephalopods will one day be our overlords. 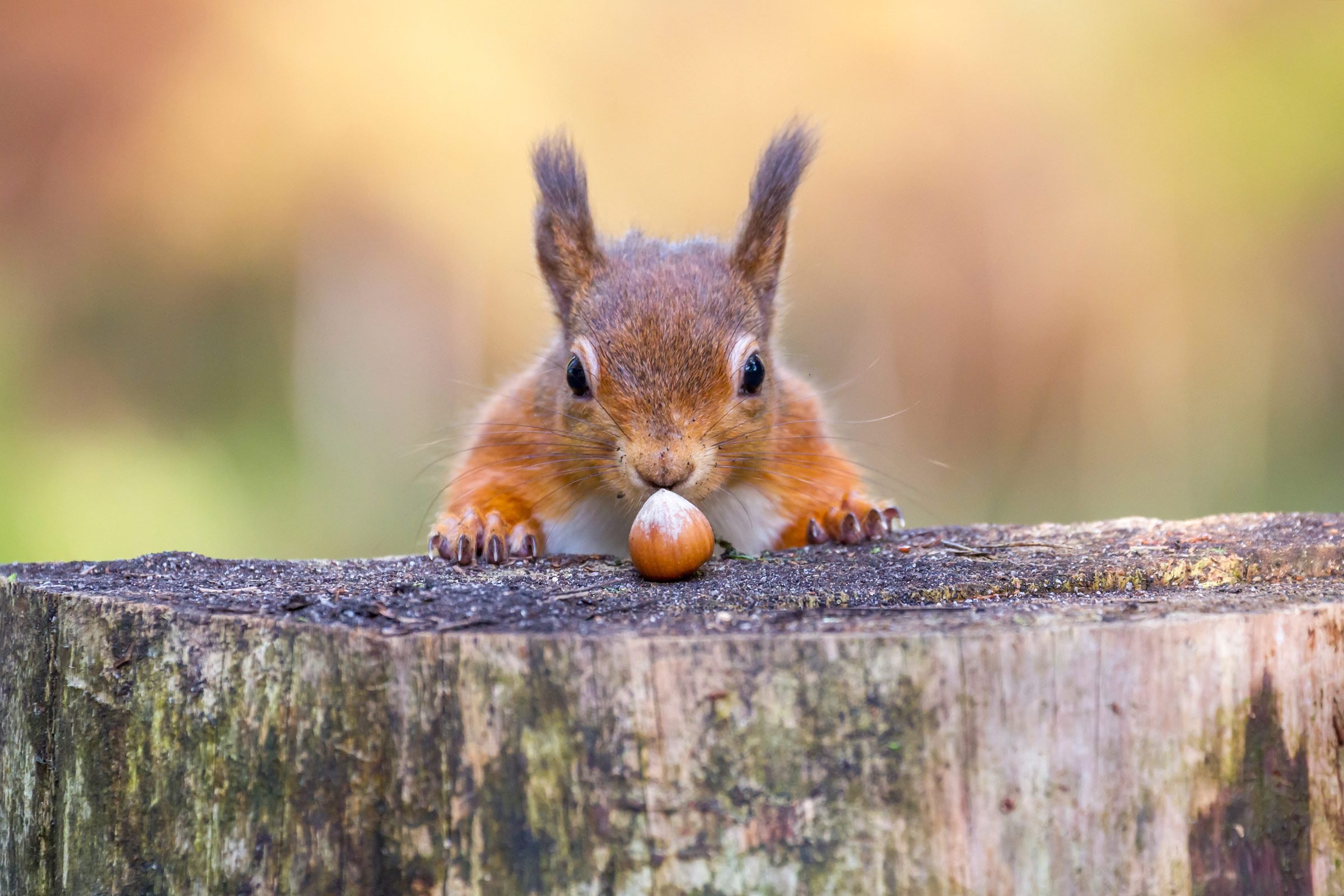 Squirrels use sleight of hand

If you’ve ever second-guessed yourself while trying to remember an online account password, know that you have stooped to sub-squirrel intelligence. According to a Princeton University study, grey squirrels are capable of remembering where thousands of nuts are buried—for months at a time. They’ll even use subterfuge to trick would-be nut takers; in a 2010 study, squirrels who knew they were being watched dug fake caches for their nuts, making a show of digging holes and patting them over with dirt while hiding their precious nuts under their armpits or in their mouth until they could find a more suitable hiding spot elsewhere. 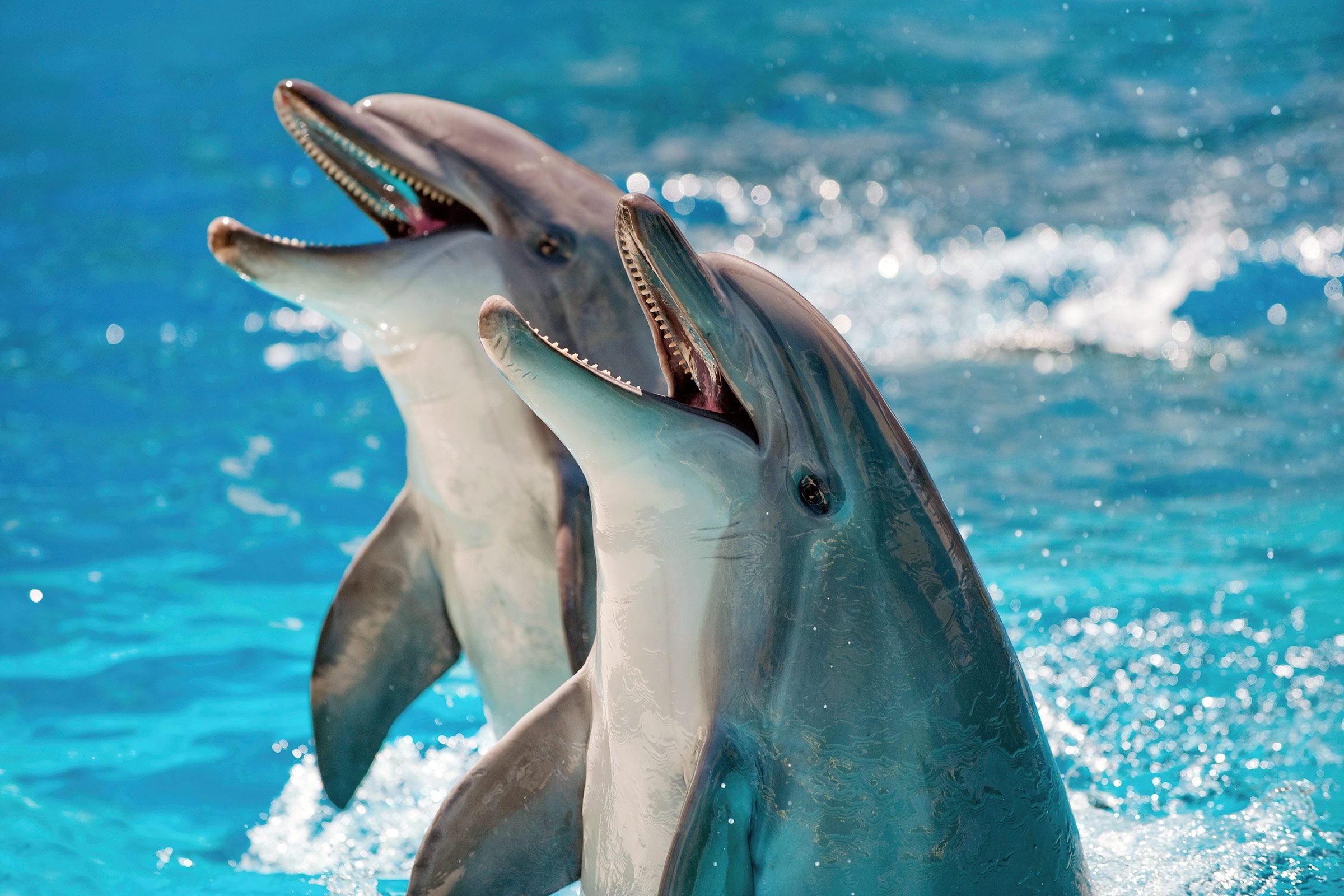 Dolphins are often cited as the second smartest animals on Earth due to their relatively high brain-to-body size ratio, the capacity to show emotion, and impressive mimicry of the dumb apes who research them. Now, findings from the Institute for Marine Mammal Studies in Mississippi suggest dolphins may also be the second-sneakiest animals on Earth. When dolphins at the Institute were trained to pick up litter in their tanks and exchange them with trainers for fish, one dolphin named Kelly discovered a way to game the system. By hiding scraps of litter under a rock in her tank, Kelly discretely tore single sheets of discarded paper into multiple pieces, then turned them in one at a time to maximize her fishy reward. Kelly’s clever deception, it seems, was no accident; researchers say she did it all on purpose. Don’t miss the 10 times animals helped scientists solve big mysteries! 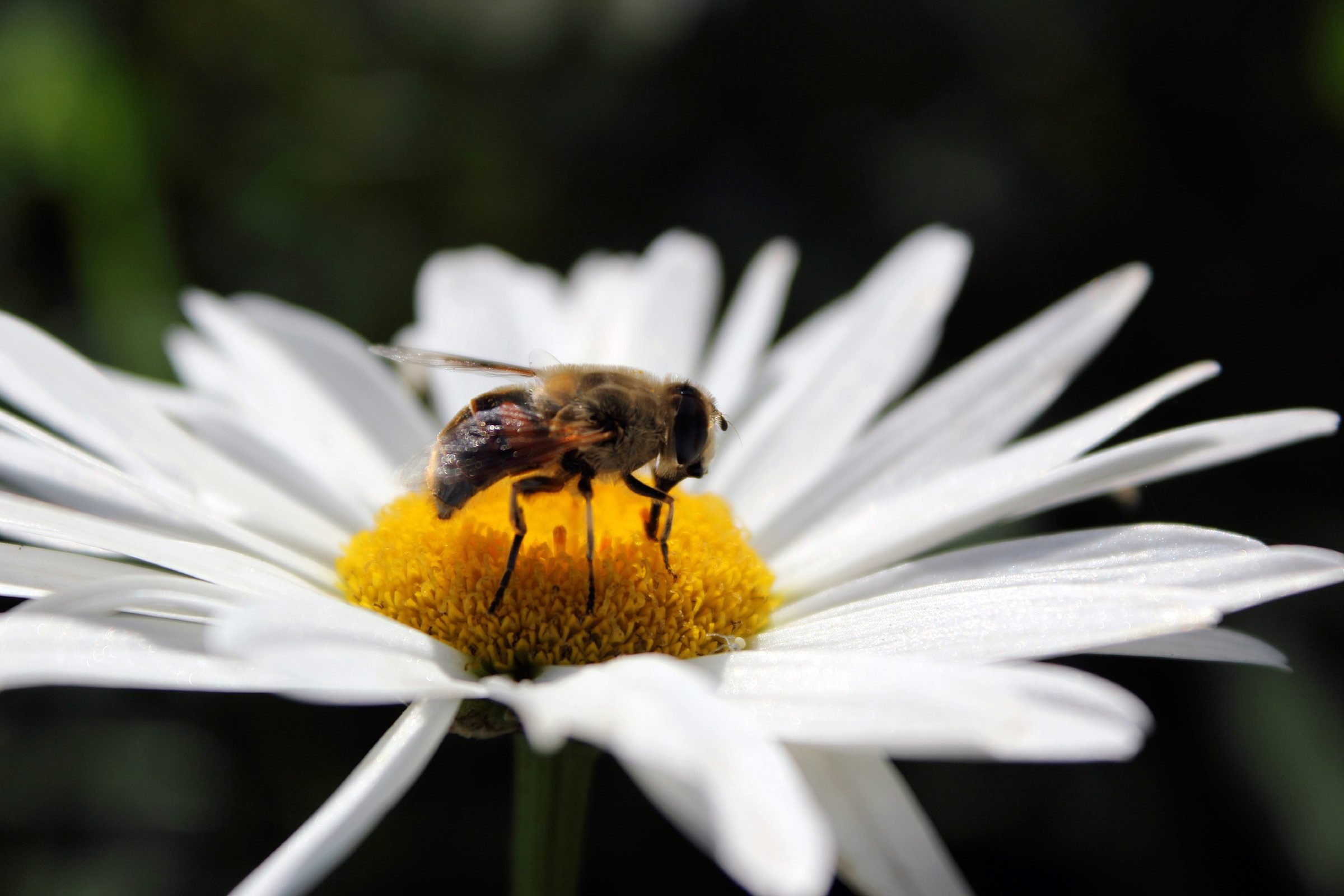 Honeybees have evolved what we call “swarm intelligence,” with up to 50,000 workers in a single colony coming together to make democratic decisions. When a hive gets too crowded in springtime, colonies deploy scouts to look for a new home. If any scouts disagree on where the colony should build its next hive, they argue their case the civilized way: through a dance-off. Each scout performs a “waggle dance” for other scouts in an attempt to convince them of their spot’s merit; the more enthusiastic the dance, the happier the scout was with his spot. The remainder of the colony votes with their bodies, flying to the spot they prefer and joining in the dance until one potential hive reigns #1 bee disco of the neighborhood. Alas, if only Congress settled their disagreements the same way. Also, you shouldn’t be afraid of bees. In fact, these are 15 of the world’s innocent looking animals that are surprisingly dangerous. 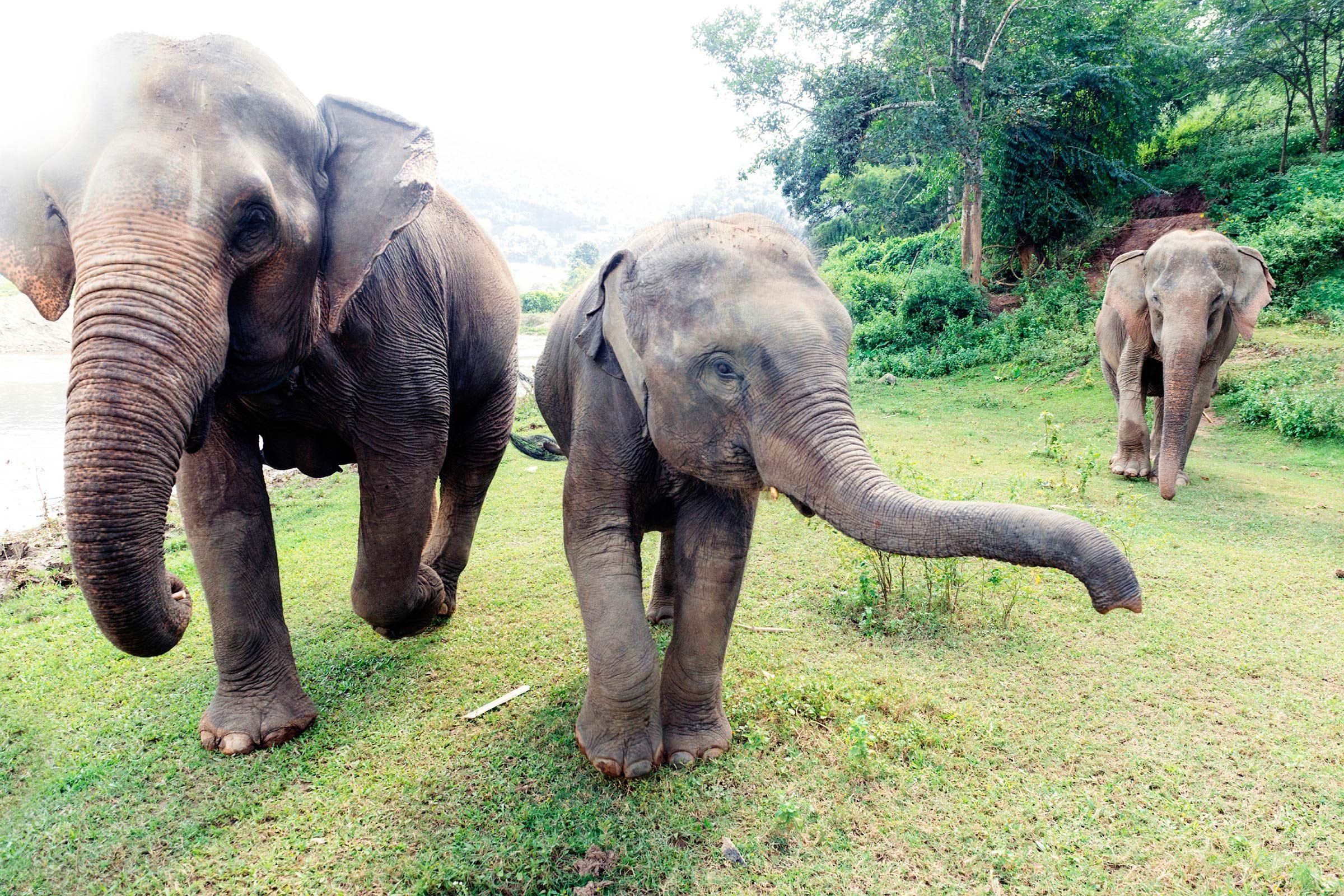 In case you’ve forgotten, elephants have incredible memories. They’re able to recall specific routes to watering holes over incredible stretches of terrain and over the span of many years—and they never forget a friend, either. In 1999, an elephant named Shirley arrived at The Elephant Sanctuary in Tennessee. Immediately, a resident elephant named Jenny became animated and playful. It wasn’t love at first sight; Jenny remembered Shirley from when they performed briefly in a circus together—22 years earlier. Here are 10 more animals that have real life superpowers. 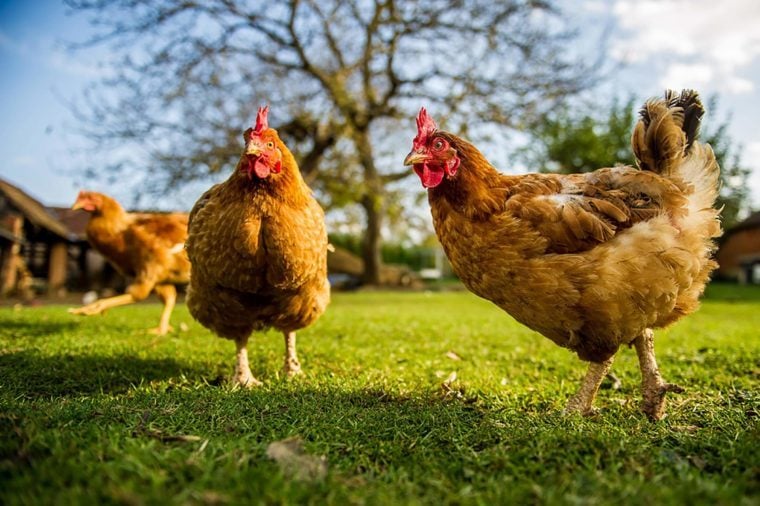 Although chickens can sometimes have an unintelligent rap, they are actually very smart. In fact, they can even differentiate certain shapes and colors. According to Melissa Caughey, author of How to Speak Chicken and A Kid’s Guide to Keeping Chickens, “Clicker trained to peck at one of four different shapes, such as a circle, square, triangle, and rectangle, chickens in one study could always pick their shape out of the grouping, no mat­ter how the shapes were arranged. When their particular shape was removed, the chickens looked quizzically for it and wouldn’t peck at the other shapes. When the correct shape was reintro­duced, they pecked at it as taught.” 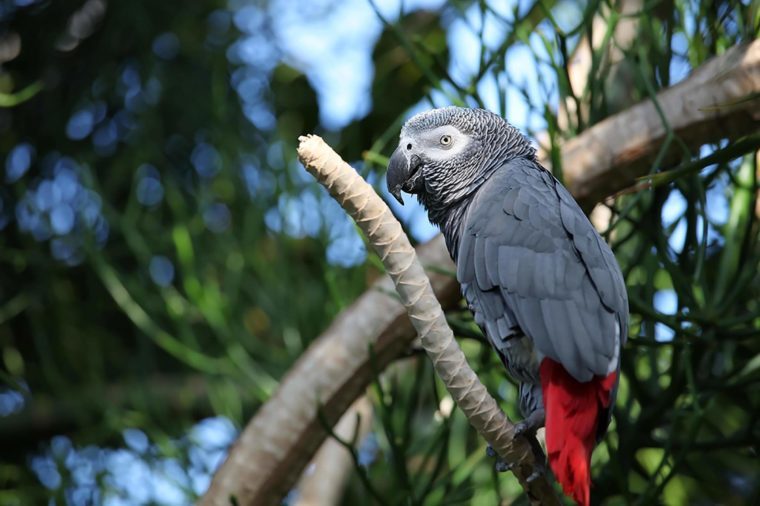 African Greys are as smart as a three-year-old

Besides being able to mimic humans, parrots can solve puzzles based on logical reasoning. According to Live Science, these parrots are as smart as a three-year-old child. “Parrots can draw conclusions about where to find a food reward not only from clues as to its location, but also from the absence of clues—an ability previously only seen in humans and other apes . . . ‘It suggests that Grey parrots have some understanding of causality and that they can use this to reason about the world,’ study scientist Christian Schloegl, a researcher at the University of Vienna, told LiveScience.” Did you know that there are other amazing animals that can talk that aren’t parrots? 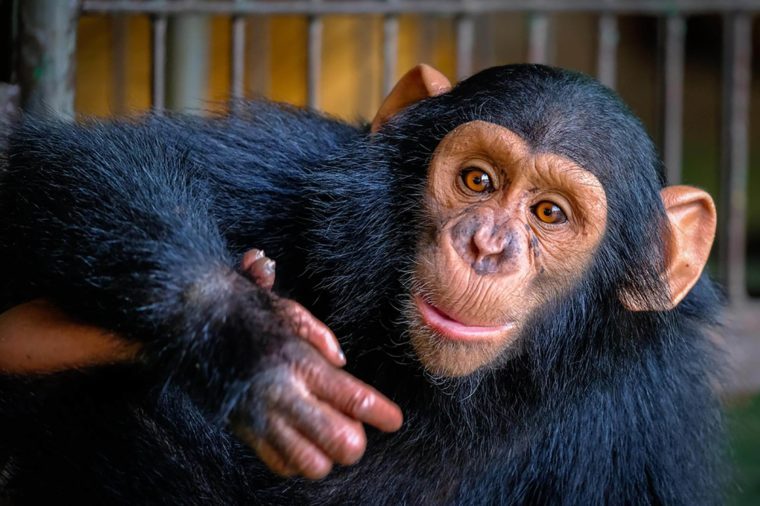 Chimpanzees are very similar to humans

Unsurprisingly, chimpanzees are one of the most intelligent animals on this planet—next to humans, of course. Similar to how humans inherit their intelligence from their mother, a chimpanzee’s intelligence also greatly relies on their genes. “They can learn words, play with objects, and even seem to mourn the deaths of their friends,” says National Geographic. “Genes determine about half of the variability in chimp intelligence and environmental factors the other half, according to primatologist William Hopkins, of the Yerkes National Primate Research Center in Atlanta, Georgia, and colleagues.” Chimps also have their own way of making life a little easier. “Chimps are known to make and use tools for simple tasks like opening fruits and nuts. In fact, studies have shown some of these primates to fashion spears to hunt smaller prey and long branches to dig for termites,” according to Caleb Backe, health and wellness expert for Maple Holistics. 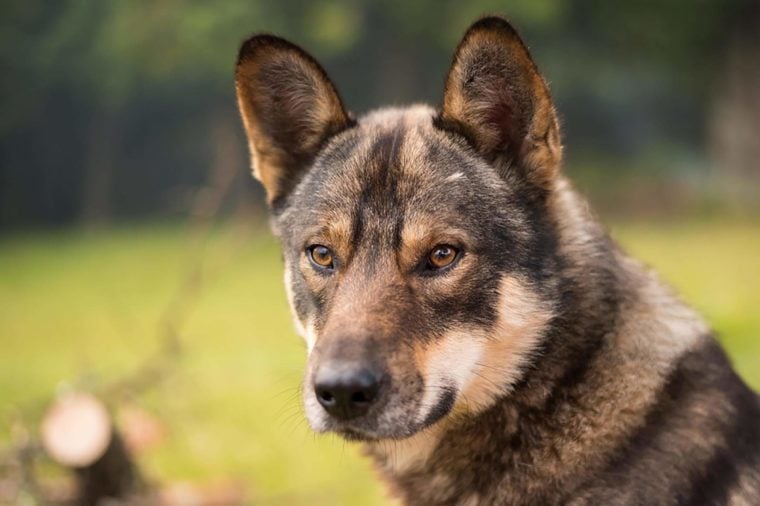 Dogs are as smart as two-year-olds

There’s a reason dogs are man’s best friend. Not only are they adorable, they’re also crazy smart. They have emotions, they learn tricks, they recognize their owners, they can sense others’ feelings—and that’s not even all of the clever things dogs can do. According to Live Science, they’re as smart as a two-year-old child. “The finding is based on a language development test, revealing average dogs can learn 165 words (similar to a two-year-old child), including signals and gestures, and dogs in the top 20 percent in intelligence can learn 250 words,” says the Live Science article. “While dogs ranked with the 2-year-olds in language, they would trump a 3- or 4-year-old in basic arithmetic, [Stanley Coren, a canine expert and professor emeritus at the University of British Columbia] found. In terms of social smarts, our drooling furballs fare even better.” Next, learn the true stories that prove animals feel the same emotions we do.