8 Haunted Places You Can Rent on Airbnb

These bookings aren't for the faint of heart. 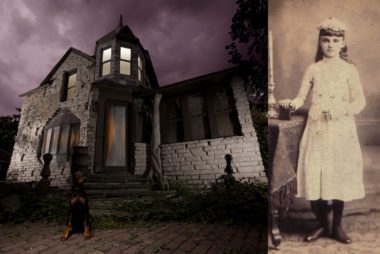 The Manor in Saint Paul, Minnesota

When Sean Doyle, owner of The Manor, was checking out the house 10 years ago, he picked an old barrette off the ground, and a vivid image of a girl in a white dress flashed in his head. It seemed odd, but he didn’t think much of it. About a year later, the family who’d built the house in 1883 got in touch, and on a whim, Doyle asked if a little girl had died there. The woman asked her relatives, who revealed a family member named Rosalia Fihn died there of typhoid fever in 1908. The family showed Doyle old family photos, when he noticed a familiar face—the girl he’d seen when he was buying the house. Even weirder? Some friends and Airbnb guests who are “more sensitive” to energy have commented on vibes coming from one particular closet without knowing the story of Rosalia, says Doyle. “I take it with a grain of salt,” he tells Reader’s Digest. “I’m a bit of a skeptic when it comes to actual ghosts, but … there was definitely some of Rosalia’s energy here.” Do you believe? A stay in The Manor’s Master Chamber could convince you—unless these other real-life ghost stories do first. 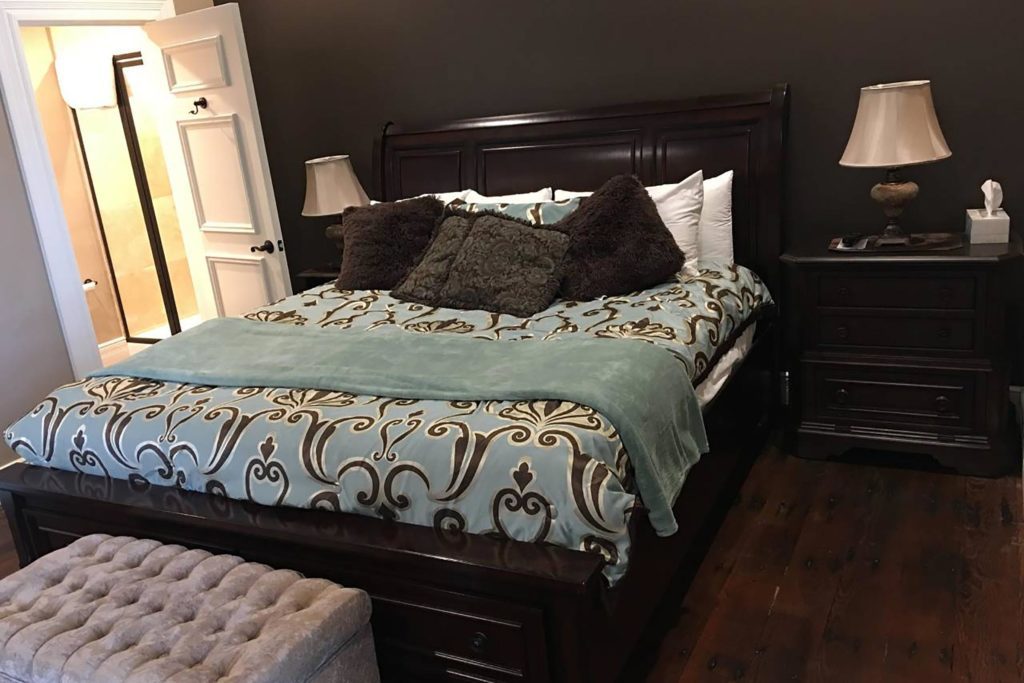 Located in what the Houston Chronicle deemed Texas’s most haunted town, it’s no surprise the Kahn Hotel would have its fair share of spooky stories. The Kahn Saloon was converted to a hotel in 2016, and has had more than 300 paranormal investigations in the past 10 years. One paranormal group recorded their stay and heard some creepy things, like a voice calling “help” and a woman’s scream followed by a gunshot, according to the hotel. Stay and see for yourself…if you dare. (Unconvinced? Learn the scientific reason you might feel a ghost.) 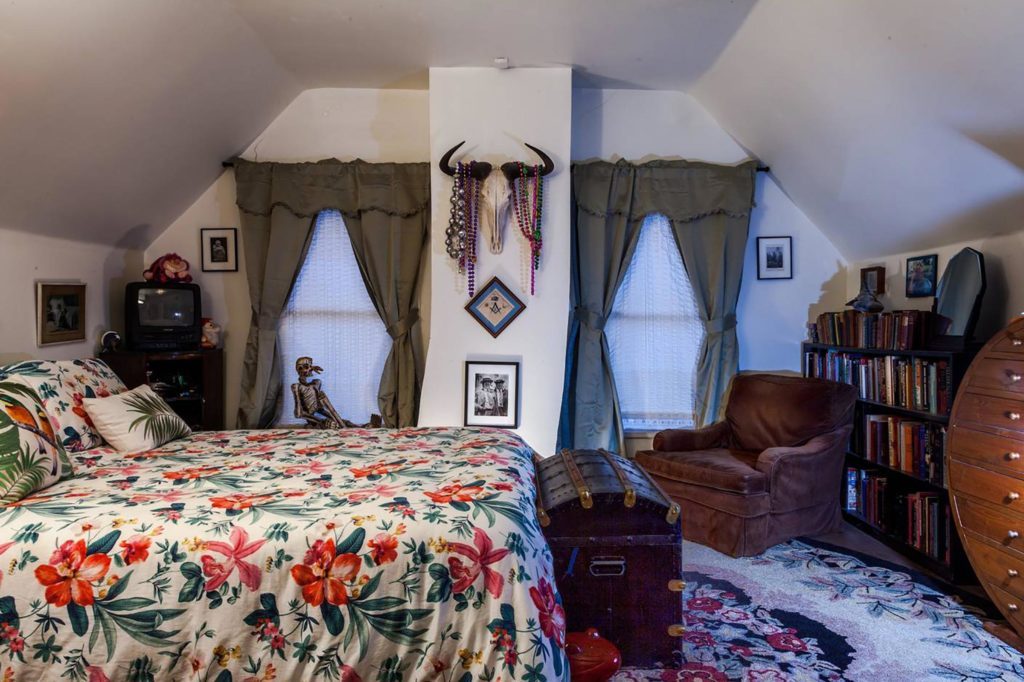 Not every room in the Parks-Bowman Mansion is haunted, but ghost-seekers won’t want to miss this spooky space, which is in a city paranormal experts say is one of the most haunted places in America. The owner of this haunted Airbnb says there have been sightings of the ghost of a young 1890s girl wearing a yellow dress. The ghost “is very shy; you probably won’t see her, although some people swear she exists,” the owner writes. Before you stay, this ghost story from another haunted Louisiana hotel might prepare you for your own run-in with a spirit. 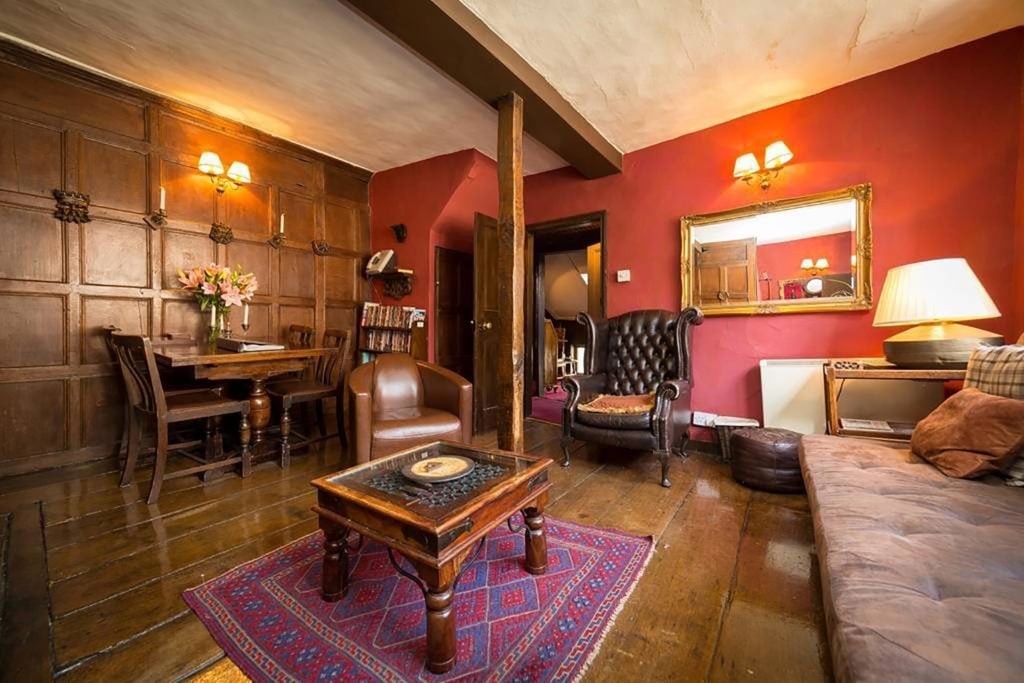 “Madness Chamber” in the United Kingdom

This quirky York apartment is more than 600 years old, so there are bound to be a few spirits still lurking. The owner even provides a ghost-o-meter to make it easy for guests to peek beyond the veil. Most reviewers didn’t report any ghosts, but one commented on some “bumps in the night.” You won’t want to miss these other ghost stories from the world’s most haunted places. 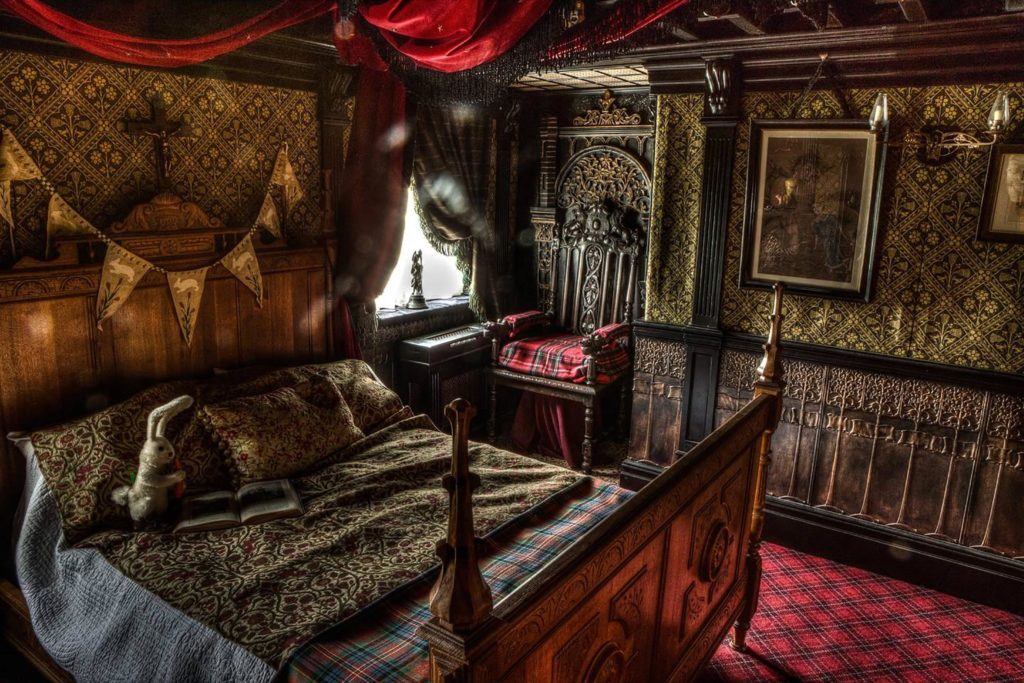 Talliston estate in the United Kingdom

Dubbed “Britain’s most extraordinary home” by The Sunday Times, the Talliston estate is worth a visit whether you want to see ghosts or not. The “haunted bedroom” is the prime space to book in the home, with access to the whole house and gardens. But expect something supernatural if you visit. “Unexplained smells and sounds” make it “not for the faint hearted,” the host writes. Get your chills at home from this real-life ghost story of a woman who saw her dead husband’s handprint. 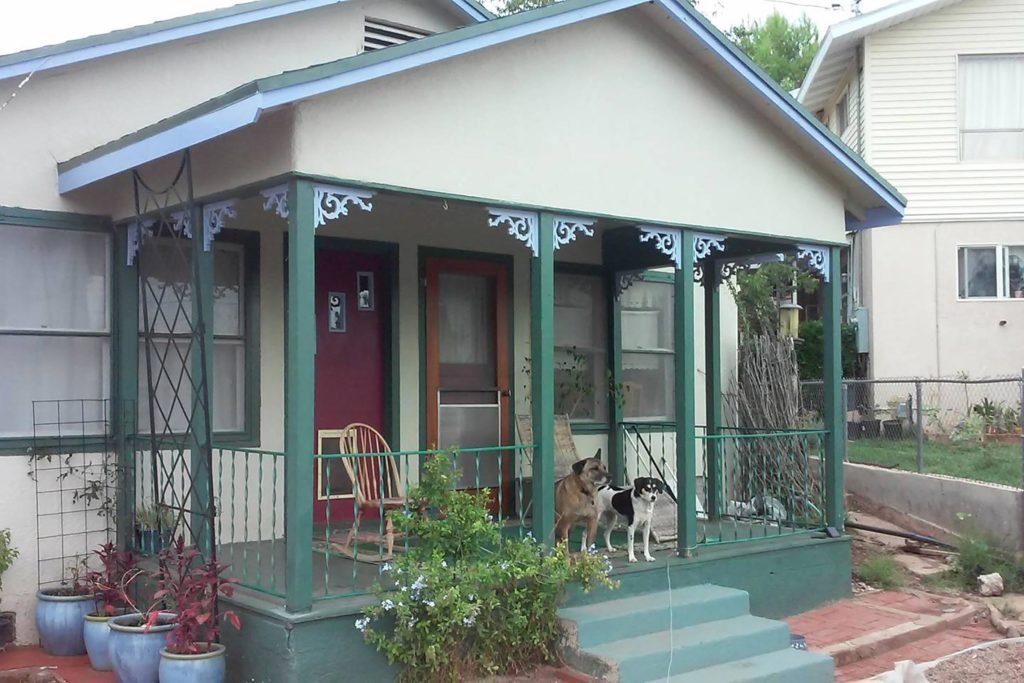 The organic linens, locally made soaps, and pet-friendly policy might sound innocent enough, but that doesn’t mean this secluded Arizona house is free from otherworldly encounters. According to the haunted Airbnb’s listing, the house has seen its fair share of “odd unexplained mischief, nothing at all scary or malevolent.” If you’d rather feel the chills from the safety of your own home, pick up one of these scariest books of all time. 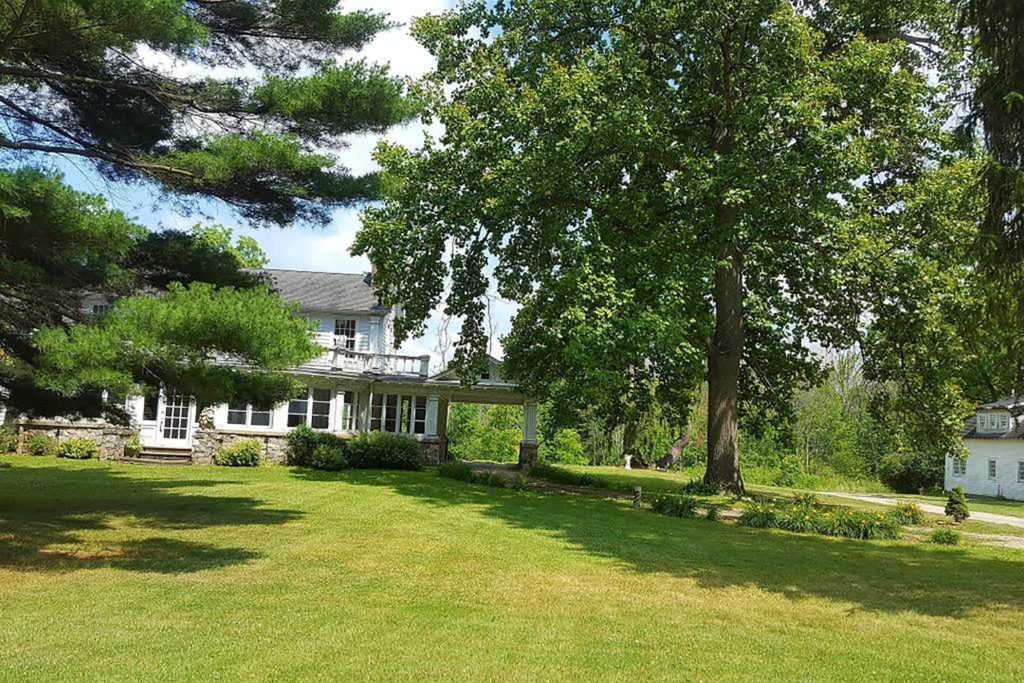 The Farnam Manor was built more than 180 years ago, but experienced tragedy when the first owner’s daughter drowned in a well in 1834. Now, legend has it the little girl still haunts the estate. But be warned—this spooky Airbnb is camping-only, so you won’t have anywhere to hide if you do have an encounter. To get spooked without the overnight commitment, check out the 20 best haunted houses in America. 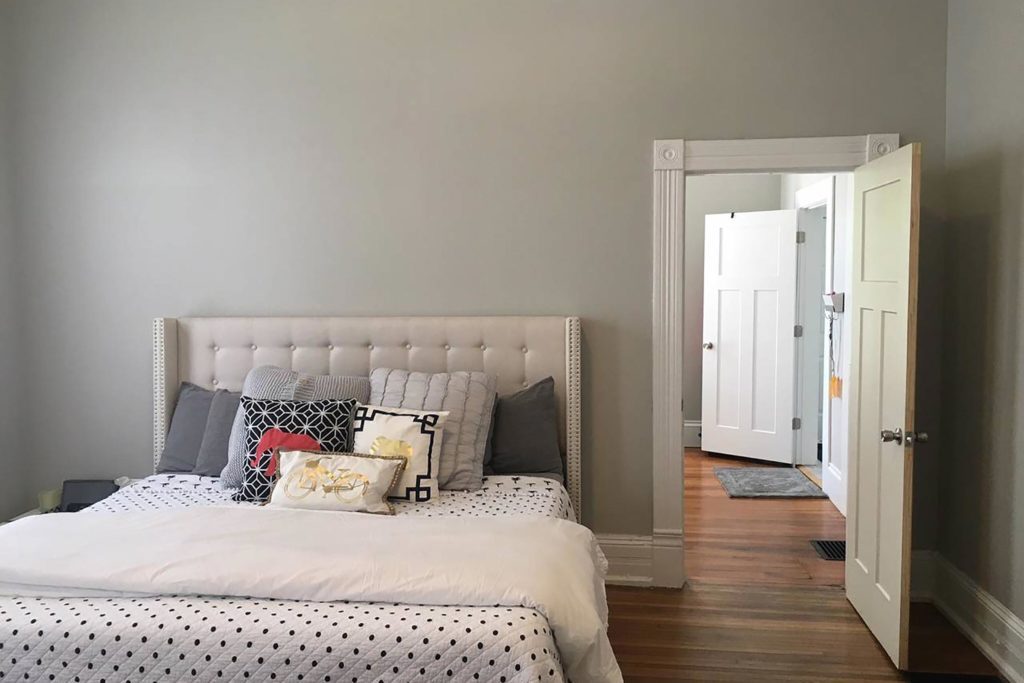 Built on the former home of a psychiatric facility and just 600 feet from a cemetery, this century-old Victorian house is a recipe for a paranormal encounter. Thankfully, you have somewhere to hide if you feel spooky vibes—the house boasts a secret passage that we can only hope an apparition won’t be able to find. To go full-fledged haunted, though, turn on one of these scariest songs of all time.