The Most Iconic American Flags in History

These are the most famous American flags that have been displayed throughout our nation's history. 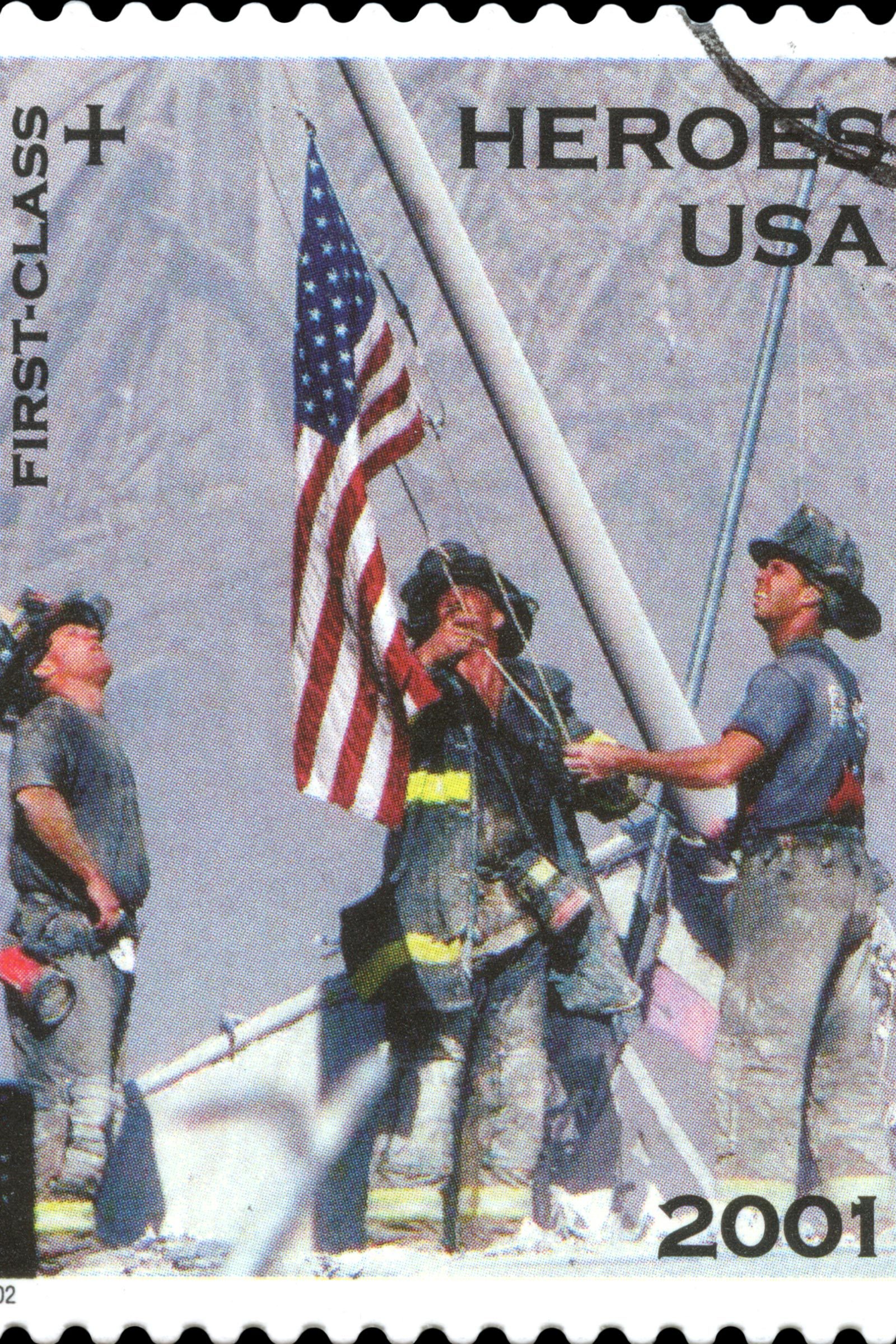 When America was attacked on September 11, 2001, one of the most iconic images to emerge from the rubble of the Twin Towers in New York City was the photo of fireman raising an American flag at the site of the attacks. The actual flag was missing for almost 15 years until it was relocated in 2016. “In the darkest hours of 9/11 when our country was at risk of losing all hope, the raising of this American flag by our first responders helped reaffirm that the nation would endure, would recover and rebuild, that we would always remember and honor all of those who lost their lives and risk their own to save others,” 9/11 Memorial President Joe Daniels said. The photograph was featured on a postage stamp in the United Kingdom in 2012 (shown). Today, you can see it at the 9/11 Memorial and Museum, built on what was Ground Zero.

Man on the moon landing

On July 20, 1969, Neil Armstrong made his moonwalk and famously said, “That’s one small step for a man, one giant leap for mankind.” He along with Buzz Aldrin planted the flag on the moon—and it’s actually Aldrin we see in the iconic photo. Unfortunately, because of UV radiation and unfiltered sunlight, the flag has, in all likelihood, disintegrated, admitted NASA. The moon is only one of the surprising places you can spot the American flag.

America’s 35th president John F. Kennedy was assassinated by Lee Harvey Oswald on November 22, 1963, in Dallas, Texas. His funeral was held for the public in Washington, D.C., on November 25, 1963, where his flag-draped coffin was brought by horse-drawn carriage to lie in state at the U.S. Capitol Building. The flag went up for auction in 2014 and while some saw that as the definitive end of the whole affair, there are still a number of unanswered questions about JFK’s assassination.

General George Washington and the Continental Army made its famous crossing of the Delaware River on December 25, 1776. It is remembered in the famous painting by Emanuel Leutze from 1851, titled Washington Crossing the Delaware, which is on display at the Metropolitan Museum of Art in New York City.

George Washington is said to have commissioned seamstress Betsy Ross to sew a new American flag (minus the Union Jack) in 1776. While historians aren’t totally clear on the flag’s story—Betsy Ross might not have been the one who designed it—the new Stars and Stripes flag was accepted by the Second Continental Congress on June 14, 1777. you can visit the flag at the Betsy Ross House in Philadelphia.

On the fateful night of April 14, 1865, President Abraham Lincoln’s box at the Ford Theater was draped with five flags and a framed portrait of George Washington in anticipation of the Commander-in-Chief’s arrival. After Lincoln was shot in the head by assassin John Wilkes Booth, “[actress Laura] Keene asked Dr. Charles Leale if she could hold the president’s head in her lap so that it would not rest on the floor. Leale granted Keene this request and she kneeled, trying to provide some comfort to the dying leader,” according to the Ford’s Theater blog. When Keene had to leave, someone grabbed one of the flags to cushion Lincoln’s head and Lincoln bled on the red and white stripes. “At this moment, a regular 36-star American flag metaphorically transformed into the ‘Lincoln Flag’ a priceless artifact of the assassination,” according to the blog. You can view the famous flag today a the Pike County Historical Society at the Columns in Milford, Pennsylvania.

While the age of the Bennington flag is debated—some historians say it dates back to the Battle of Bennington in 1777, while others peg it to the War of 1812, and still others say its birthdate may be as recent as 1876—it’s appreciated for its craftsmanship (it’s almost 8 feet long), and its one-of-a-kind design with white stripes for outer bars and seven-pointed stars with the number “76” in the canton. You can visit it at is the Bennington Museum in Bennington, Vermont.

Perhaps the most historical of all American flags, this one was raised over Fort McHenry in Baltimore on the morning of September 14, 1814, to signal American victory over the British in the Battle of Baltimore. The sight of it inspired Francis Scott Key, who at the time was a prisoner on a British warship, to pen the poem that would become the national anthem, The Star-Spangled Banner. You can visit the original at the National Museum of American History in Washington D.C.

The first American flag on the North Pole

In 1909, Robert Peary placed an American flag that was sewn by his wife at the North Pole. He was an American explorer (and member of the U.S. Navy until his retirement) and is credited with leading the first expedition to actually reach the North Pole. However, it’s possible that Frederick A. Cook, whose Eskimo companions are seen here, reached it a year earlier. Here are 18 more “facts” your history teacher got wrong.

This photograph of the flag being raised during the battle of Iwo Jima in World War II is one of the most iconic in American History. Taken by photographer Joe Rosenthal on February 23, 1945, it shows six U.S. Marines raising the flag on Mount Suribachi in the western Pacific during World War II. The famed photograph was immortalized in the Marine Corps Memorial in Arlington, Virginia.

During the Civil Rights movement of the 1950s and 1960s, it was common to see protesters wield American flags. Here, demonstrators lead a sit-in outside the local jail during the 1963 riots in Cambridge, Maryland, as part of an effort to desegregate the town. These facts about Native American history will show you a side of our country that you didn’t learn in high school.

This famous 1954 abstract artwork by Jasper Johns is made of three canvases that have been tiered and painted with hot wax. “The painting draws attention to the process of its making through Johns’s use of encaustic, a mixture of pigment suspended in warm wax that congeals as each stroke is applied; the resulting accumulation of discrete marks creates a sensuous, almost sculptural surface,” according to the Whitney Museum in New York City, where you can view the artwork today.

The American rocker showed his patriotism by standing in front of a now-icon American flag backdrop for the cover of his album “Born In The U.S.A.” It was released on June 4, 1984, and was shot by famed photographer Annie Liebowitz. “I was very conscious of being an American musician and addressing the issues of the day,” Springsteen told Rolling Stone in 1990. “There was a sense that the flag was up for grabs, that you had the right in staking out your claim to its meaning and to the kind of country you wanted your kids to grow up in.” While you’re listening to this iconic song, take a look at these 25 American flag photos that are guaranteed to make you feel patriotic.

Emily Shiffer
Emily is a freelance writer and editor from Allentown, Pennsylvania. Her work has appeared on MensHealth.com, WomensHealth.com, Prevention.com, RunnersWorld.com, and more.