From bad to mad to geek, there's no endorsement stronger than one of these inverted compliments! 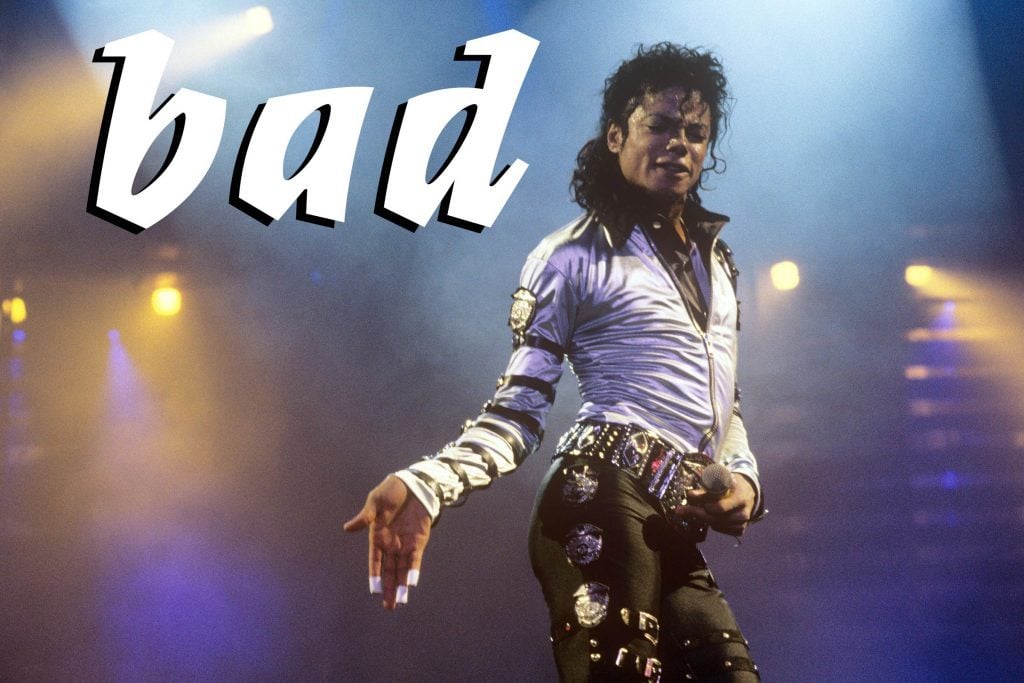 Around here, we love words, all kinds of words. But have you ever noticed how insults evolve to mean their opposite? Over time “fightin’ words” turn into praise—compliments that hold just enough of their original meaning to make them interesting. The classic example is “bad“—especially with a few extra “A”s to stretch it out to “baaaad”—meaning sexy, hot, not your Sunday school teacher’s idea of good. But rockers were by no means the first to turn “bad” upside down—according to the Oxford dictionary (OED), the first inverted use of “bad” dates all the way back to 1897.  Here are 15 more common English words that used to mean something completely different. 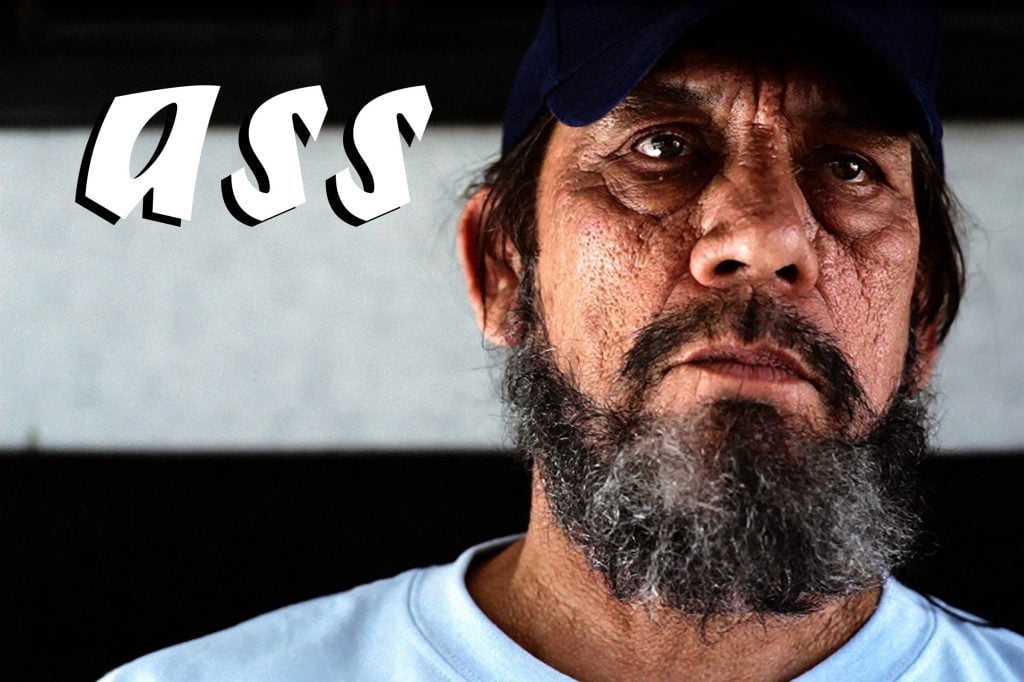 Add “ass” onto “bad” and oddly enough you don’t get “naughty donkey” or “ugly butt,” you get… the tough guy: Clint Eastwood (Make my day!), Arnold Schwartznegger (I’ll be back!), or Robert De Niro (You talkin’ to me?). According to the English Language & Usage blog, the expression has a suprisingly long pedigree, describing the tough heroes in Westerns as far back as 1955. Now that’s “bad ass.” Make sure you erase these 12 surprisingly offensive words from your vocabulary right now. 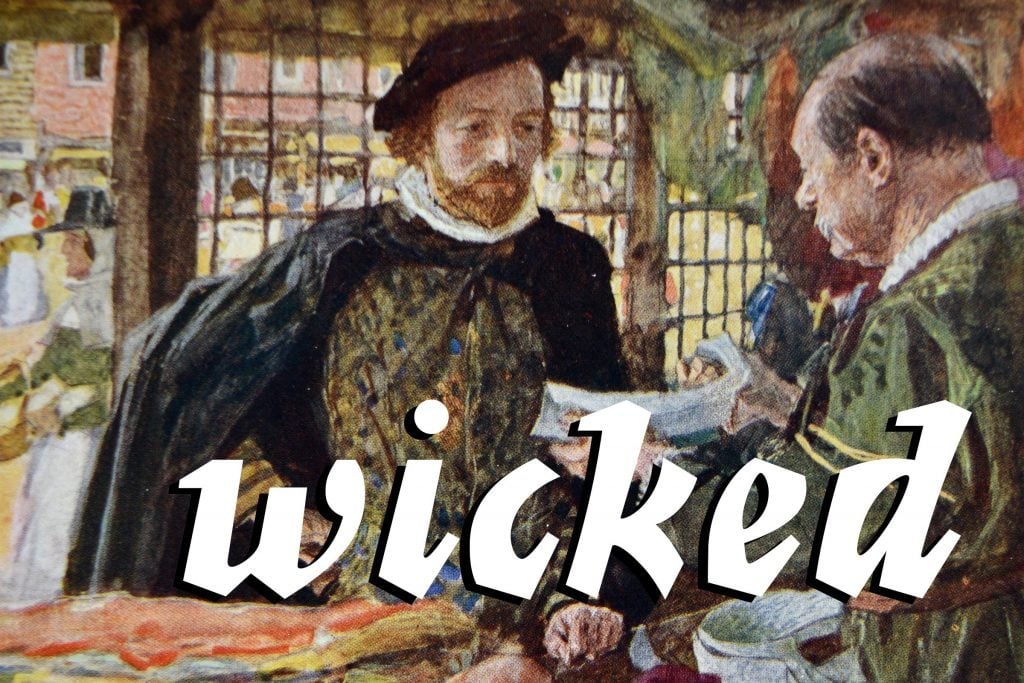 “By the pricking of my thumbs, something wicked this way comes.” —William Shakespeare

Apparently “wicked“ started out as sinful in the 13th century, possibly derived from the old pagan religion of Wicca. But as anyone who’s ever spent time in New England can attest, it’s the perfect intensifier for good. Just check out Boston University’s Wicked Good Guide to Boston English. But like so many of these former insults, using “wicked” for “good” goes way back, this time to F. Scott Fitzgerald’s great novel, This Side of Paradise, published in 1920: “‘Tell ’em to play ‘Admiration!’ shouted Sloane. ‘Phoebe and I are going to shake a wicked calf.’ ” Um…you go, girl? 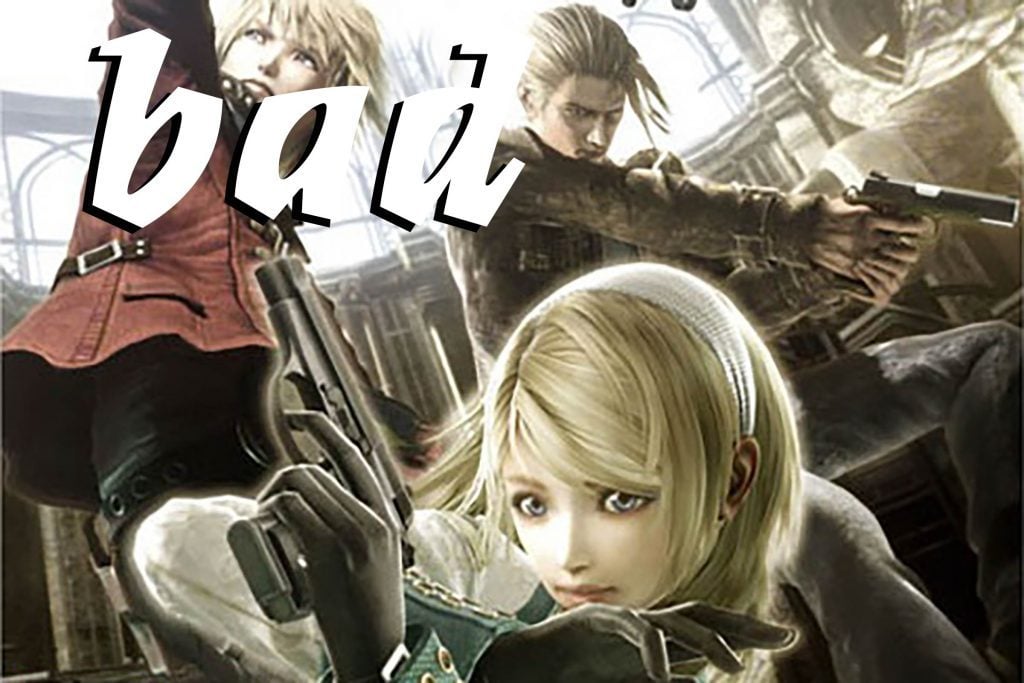 “You vanquished them all! That qualifies as ‘mad skills.'” —Vashyron, Resonance of Fate video game (2010)

Like “wicked” but far more widely used, “mad” has morphed from its old negative meaning (crazy) to something favorable, way beyond the TV hit Mad Men or the old humor magazine, Mad. It’s an intensifier for words like good, hard, easy, or, most commonly skills (or even skillz). But funnily enough, the new use of “mad” has actually moved closer to its original medieval definition, which was “violent excitement ” or “being beside oneself with enthusiasm.” By the 19th century, the adjective became a synonym for crazy in England (as in Lewish Carroll’s Mad Hatter), whereas in America it became a colloquialism for “angry.” There’s no consensus about when and how “mad” gained its current status, but it’s associated with gangsta culture (see below), skateboarders, and online gamers. And it’s mad popular! Learn more about these words that were invented by accident. 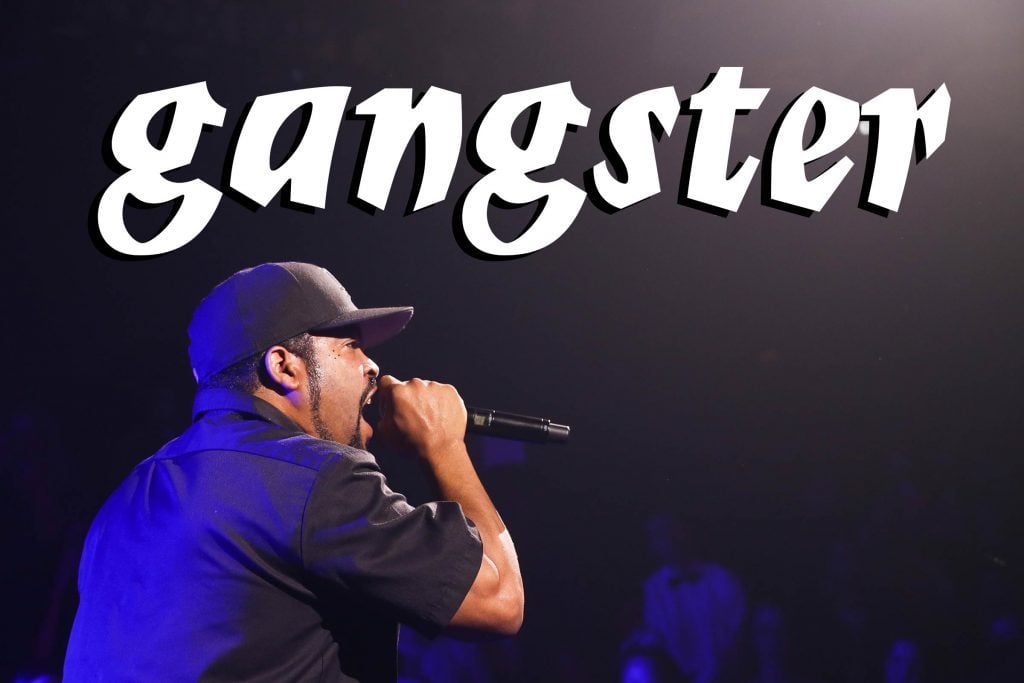 “Gangsta to us didn’t have anything to do with Al Capone… It’s just about living your life the way you want to live it. And you’re not going to let nothing stop you.” —Ice Cube

Even for English, this word has a complicated history. The Chicago Tribune says “gang” was used for criminal groups as early as the 17th century, and, according to Merriam-Webster, it turned into an epithet circa 1884, when a lot of words received the same “er” ending (think “trickster” or “hipster”). “Gangster” was originally used only for members of the Italian mafia, but when American street gangs like the Crips and the Bloods adopted it in the 1970s, the word lost its final “r” and became a term of approval for tough, confrontational style. Don’t miss these 10 words that are almost extinct! 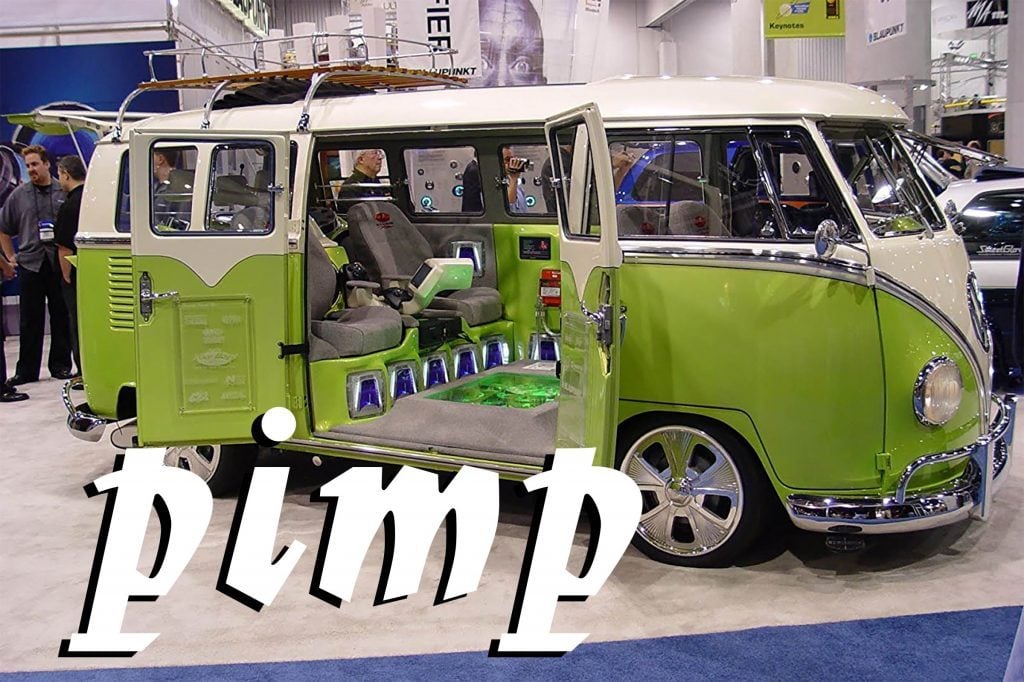 A term for “looking criminally good.” Men who exploit prostitutes have long been known as flashy dressers all over the globe, and according to Merriam-Webster, they were first called “pimps” in 1701. But only in English has “pimp” become a tongue-in-cheek synonym for upgrading something to excess, as in the reality TV show Pimp My Ride. 10 unique words you’ll only ever find in the English language. 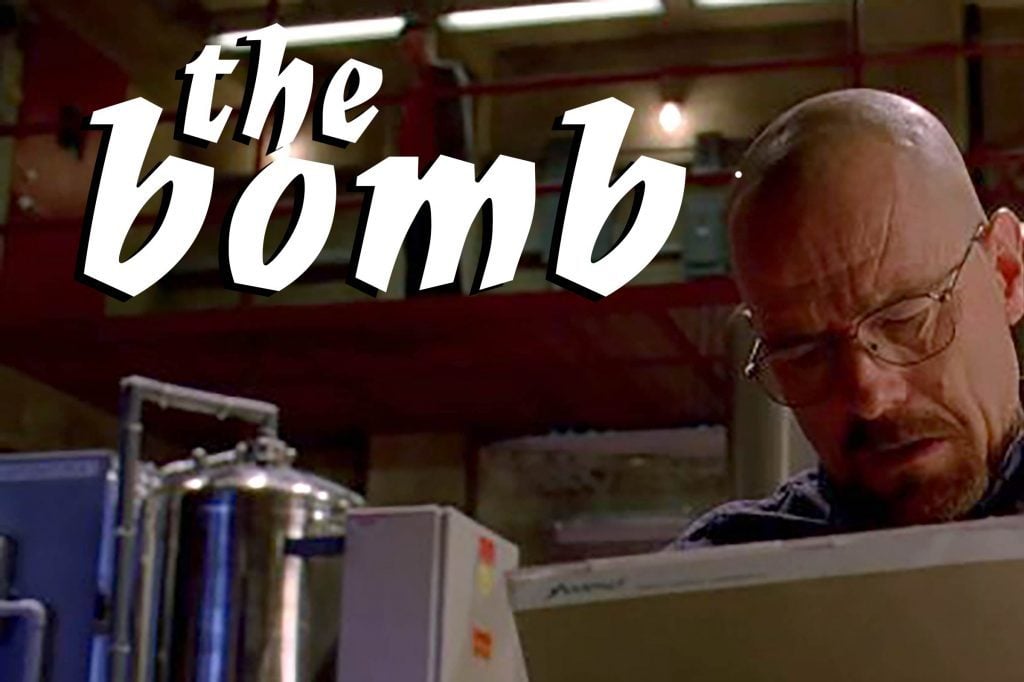 “Bombus” means “buzzing” in Latin, which is probably tied to the ominous sound of mortar shells, the first modern bombs, that became widespread in the early 20th century. But the contemporary use of “the bomb” to mean something explosively great, the very best, came into fashion in the ’50s; some claim it came from the jazz world, that great matrix of American slang. In the ’90s, the phrase morphed into “da bomb,” the term so beloved of the meth-heads on the acclaimed AMC comedy series Breaking Bad. 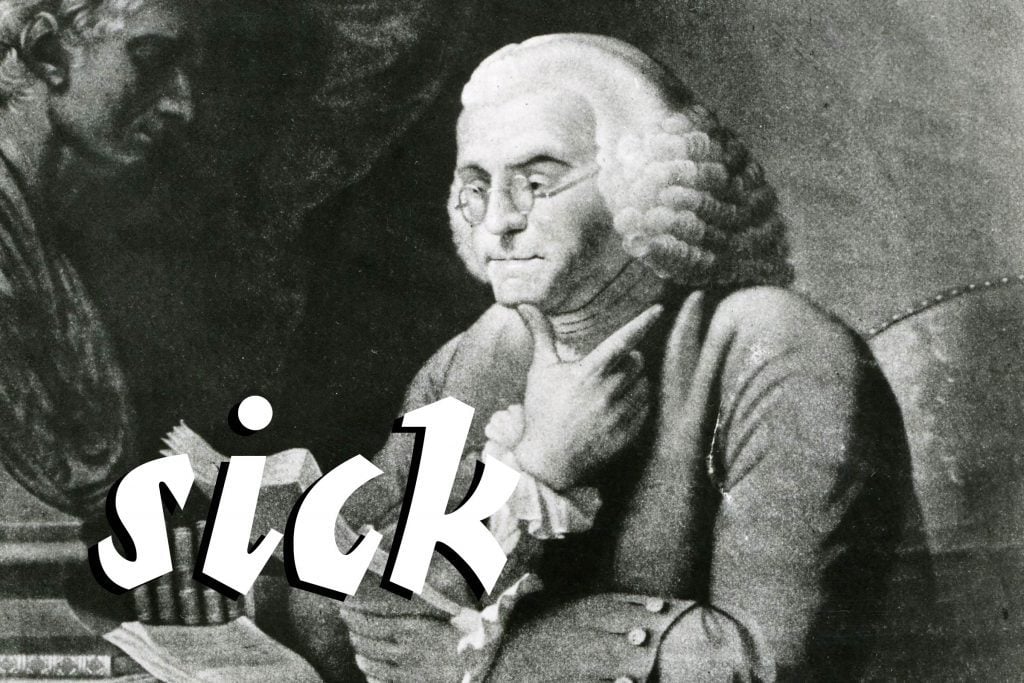 “Be not sick too late, nor well too soon” —Benjamin Franklin

We can only imagine what old “early to bed, early to rise” Ben Franklin would have thought of the modern meaning of “sick,” another one of these very old medieval words that has been turned on its head to mean amazing, exciting, and a little dangerous. The OED says skateboarders and snowboarders popularized the term in the 1980s, as in: “It is a sick board and worth every penny of your hard-earned cash.” (2007, On Board magazine) 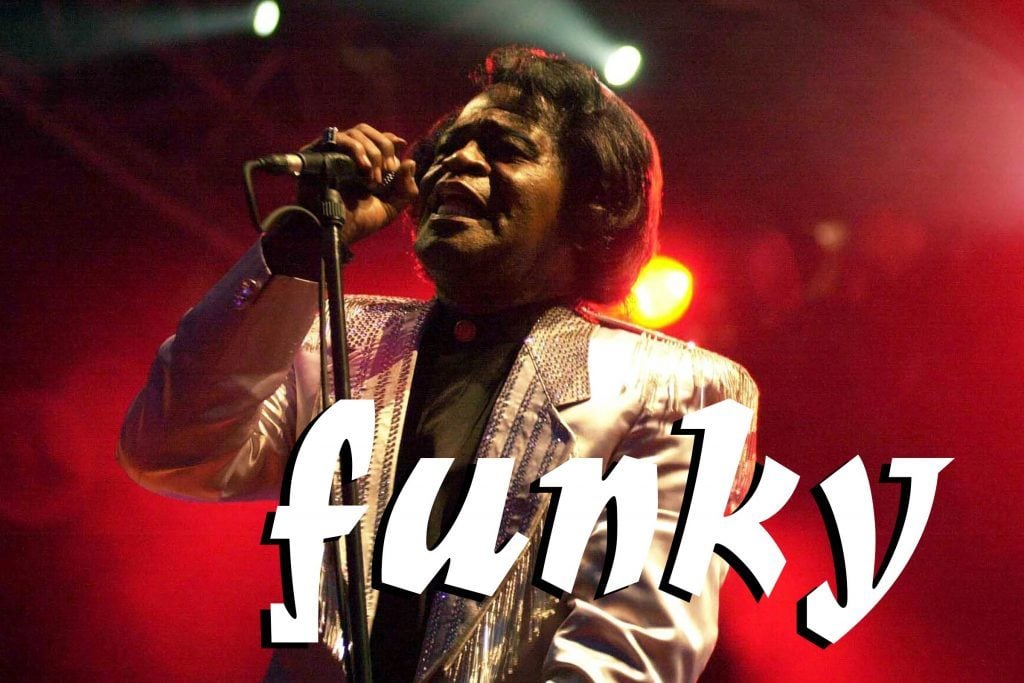 In the 1960s, “funky” became a synonym for “groovy”—fashionable, with an unusual twist. But it came a long way. According to the Online Etymology Dictionary, “funk” dates back to the 17th century, from a French dialect word for “a bad smell.” A hundred years later, Oxford students used the word to mean “paralyzing panic,” possibly because of the characteristic smell of fear-sweat. Eventually the adjective “funky” was created, meaning “smelly, musty,” used for everything from cheese to B.O. Once again the Jazz Age was responsible for turning the word into slang, this time for earthy, authentic music—the kind that makes you sweat. But nowadays “Baby, you’re funky,” is once again likely to be considered an insult than a compliment. Check out these uncommon words we don’t say that often anymore. 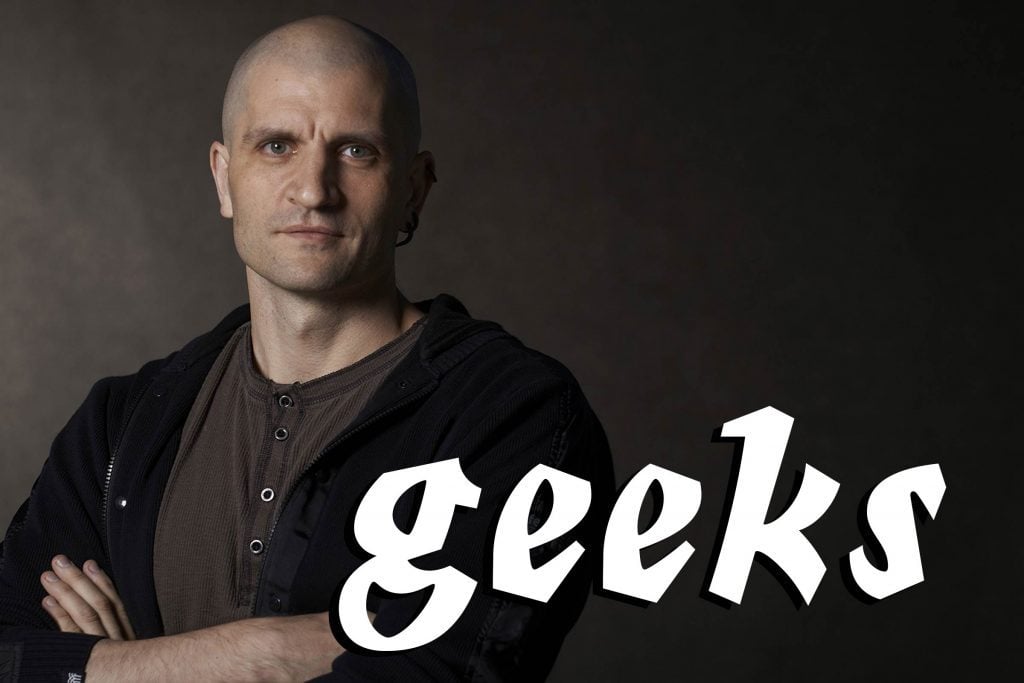 Nowadays everyone knows what’s good about “geeks.” They staff the Genius Bar in your local Apple Store, they are unapologetically well informed about an arcane subject, be it fantasy novels, railroads, or silent movie stars. But of all our inverted compliments, this one’s original meaning was surely the most disgusting. In early 20th century carnivals and circuses, a “geek” bit off the heads of chickens and snakes for the crowd’s amusement. From there it was but a hop, skip, and jump to the socially awkward loners immortalized as “geeks” in 1980s movies like The Breakfast Club. And with the rise of the techie in the Internet age, it was only a matter of time before “geek” became a compliment. Don’t miss the stories behind these funny words that sound fake and what they actually mean.