You can’t accuse these former presidents of resting on their laurels once they left office. 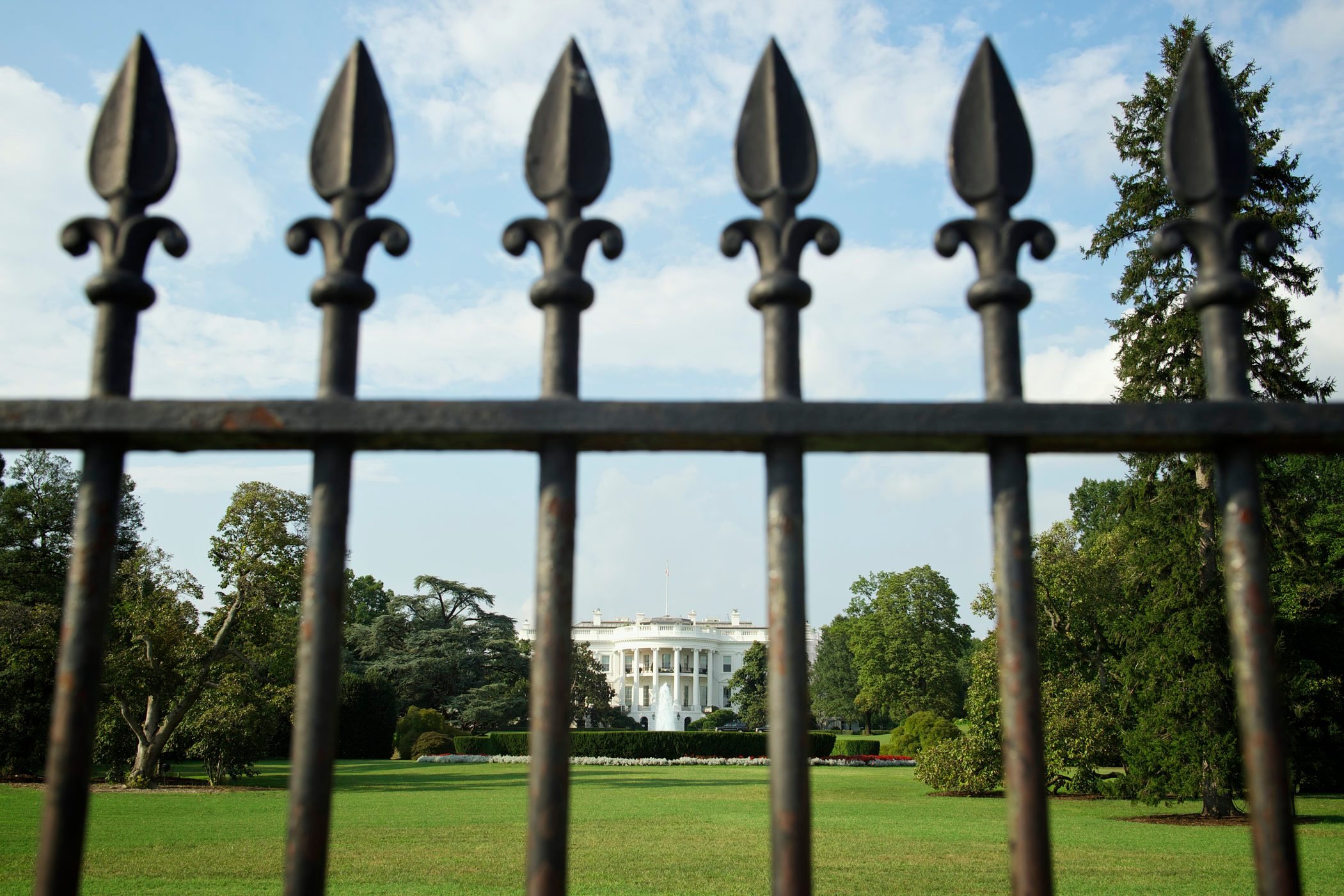 John Quincy Adams once said, “There is nothing more pathetic in life than a former president.” While that’s admittedly a little harsh, we’re guessing that it’s pretty hard to decide what to do with yourself after holding the highest office in the land. However, former presidents aren’t starting entirely from scratch—the Former Presidents Act, which was passed in 1958, allows them a pension, a private staff and office, medical insurance, and Secret Service protection for ten years. And those are just a few of the perks that U.S. presidents get to keep after leaving office.

That said, many U.S. presidents have gone on to have incredible second acts. For example, did you know that Barack Obama has gone into film production? Or that George Washington owned one of the most successful whiskey distilleries in Virginia? Read on to find out what other presidents did after they left the White House. And for more trivia, don’t miss these astonishing facts about U.S. presidents. 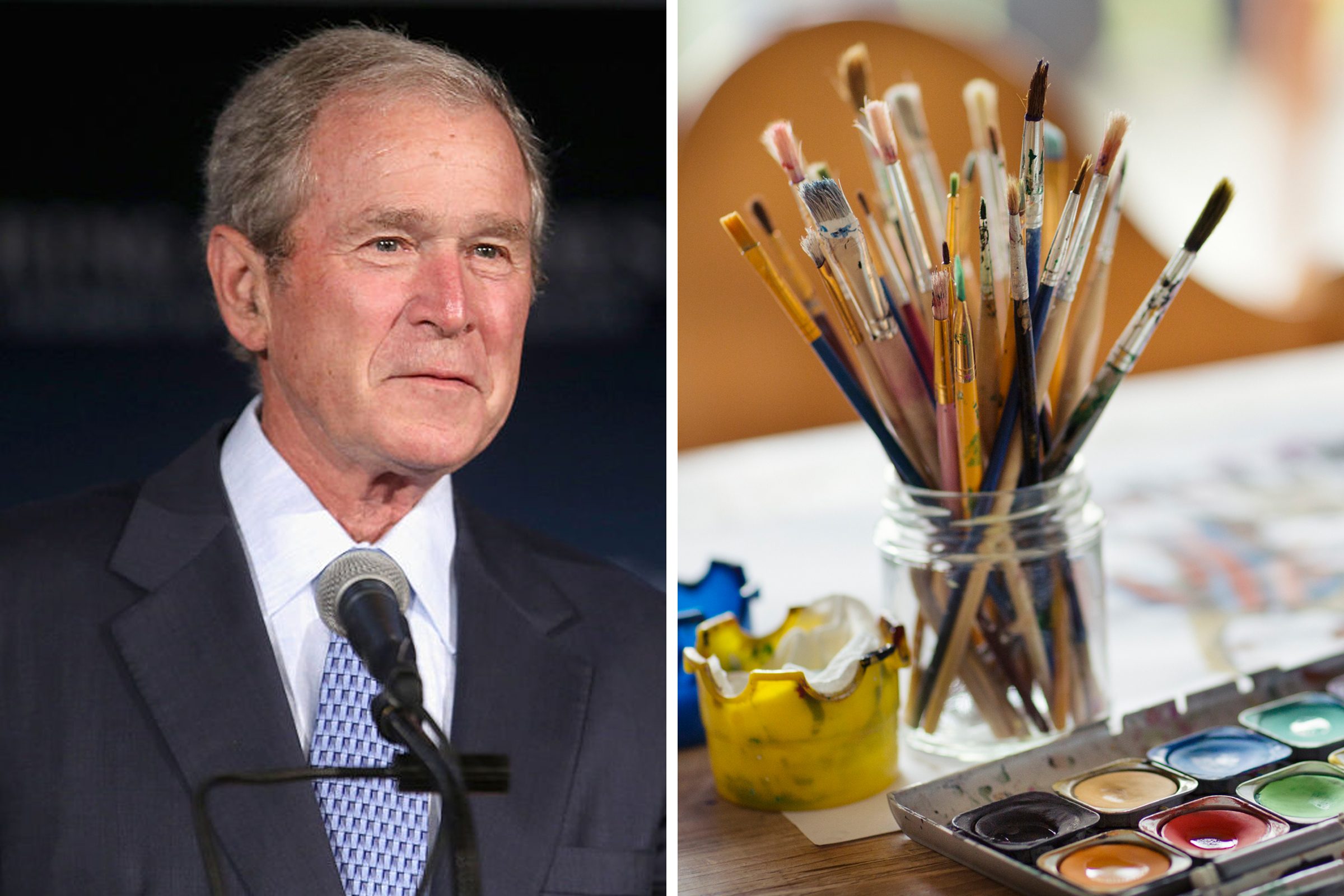 After completing two terms as president, George W. Bush decided to lean in to his creative side and become a painter. In 2012, he began taking classes with Dallas-based artist Gail Norfleet, and in 2013, his new hobby was revealed after a somewhat embarrassing email hack. However, the former president didn’t let those early criticisms get to him. In 2017, he released Portraits of Courage, a book of his paintings of members of the U.S. military. In March 2021, he will release Out of Many, One, which focuses on portraits of U.S. immigrants. Some proceeds from the book will go toward organizations that help immigrants resettle in the United States. In addition to painting, these are the hidden talents of 24 U.S. presidents. 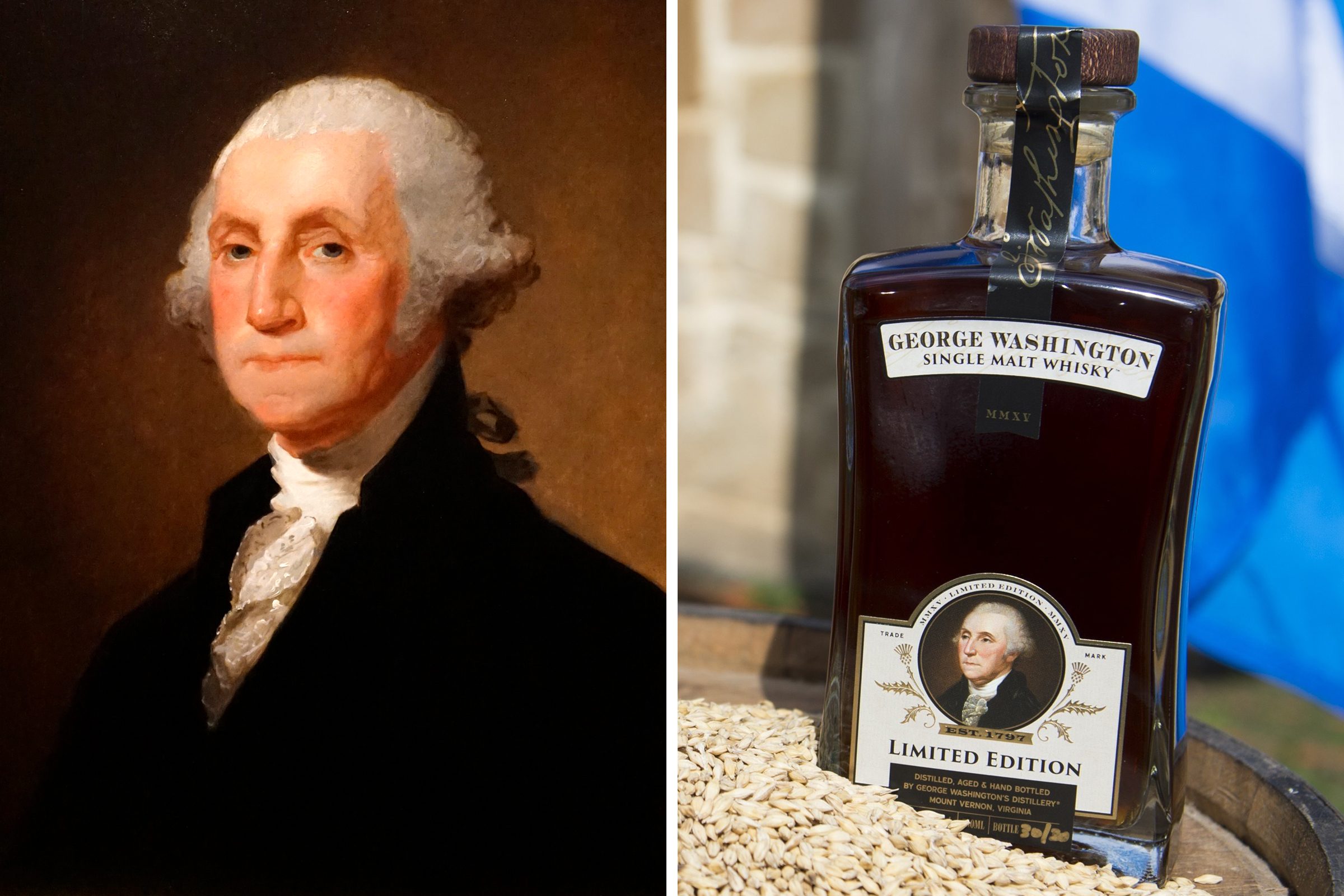 Our nation’s first president stepped down as commander-in-chief in 1797, and that same year, his farm manager convinced him to open a whiskey distillery at his home, Mount Vernon. By 1799, George Washington’s distillery was one of the largest in the country. According to the Mount Vernon Museum, it produced almost 11,000 gallons of whiskey that year, while the average Virginia distillery produced just 650. The whiskey was sold to nearby merchants in unbranded wooden barrels; Washington sold so many that the distillery was one of the most successful money-making endeavors at Mount Vernon. Check out these other surprising facts about George Washington you never learned in school. 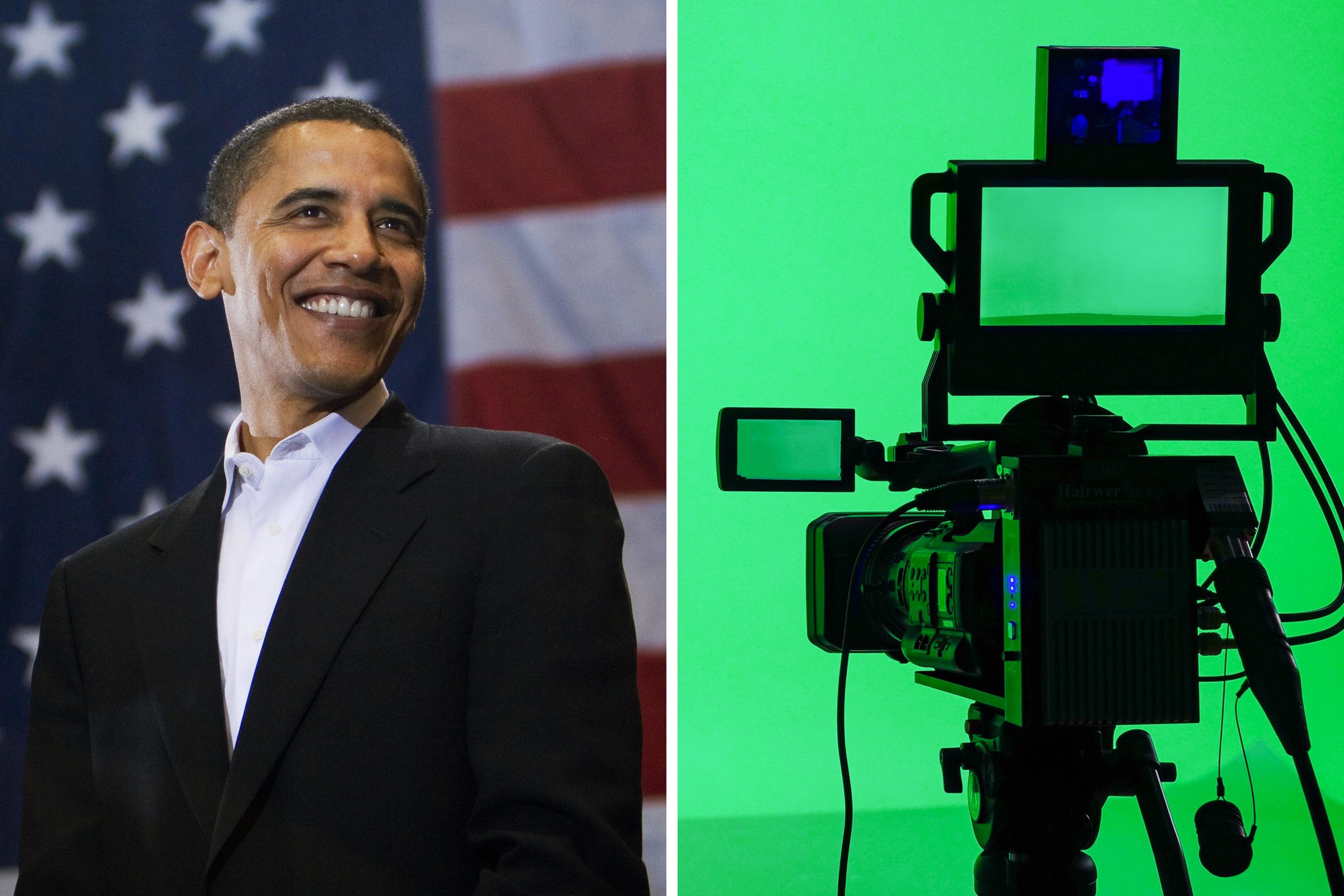 Since leaving the White House in 2017, Barack Obama has traveled the globe and written a memoir (A Promised Land came out in November 2020), among other endeavors. He’s also done something fairly unexpected: He signed a deal with Netflix. In 2018, he and Michelle announced a multiyear deal with the entertainment company to produce content under their imprint, Higher Ground Productions. In a statement, Netflix said projects will include a range of scripted, unscripted, and documentary series, as well as full-length features and documentaries. Higher Ground Productions has already acquired American Factory, a documentary about post-industrial Ohio, and Bloom, a drama series about the world of fashion in post-World War II New York City. Of course, everyone has to start somewhere, and it’s not always what you might think. Find out the first jobs of all the U.S. presidents. 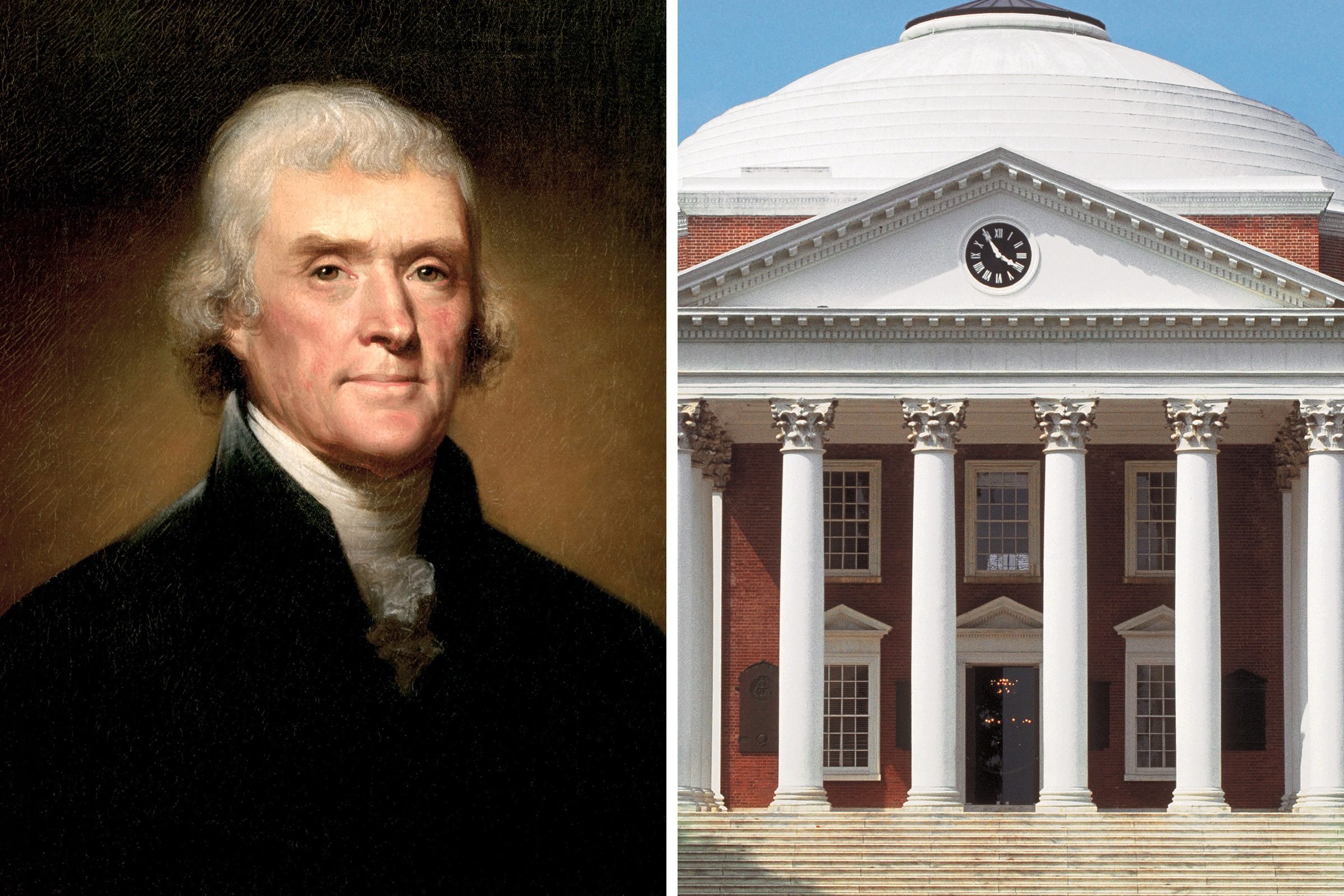 As if being a Founding Father of the United States wasn’t enough, Thomas Jefferson went on to found something else: a university. In 1819, just ten years after his presidency ended, Jefferson established the University of Virginia, which opened six years later in 1825. According to the National Park Service, Jefferson imagined that an “academical village clustered around a tree-lined lawn would provide an ideal setting in which to pursue higher education.” It turns out, he was right. Today, the University of Virginia is regarded as one of the most beautiful campuses in the country. Here are more presidential firsts you never knew about. 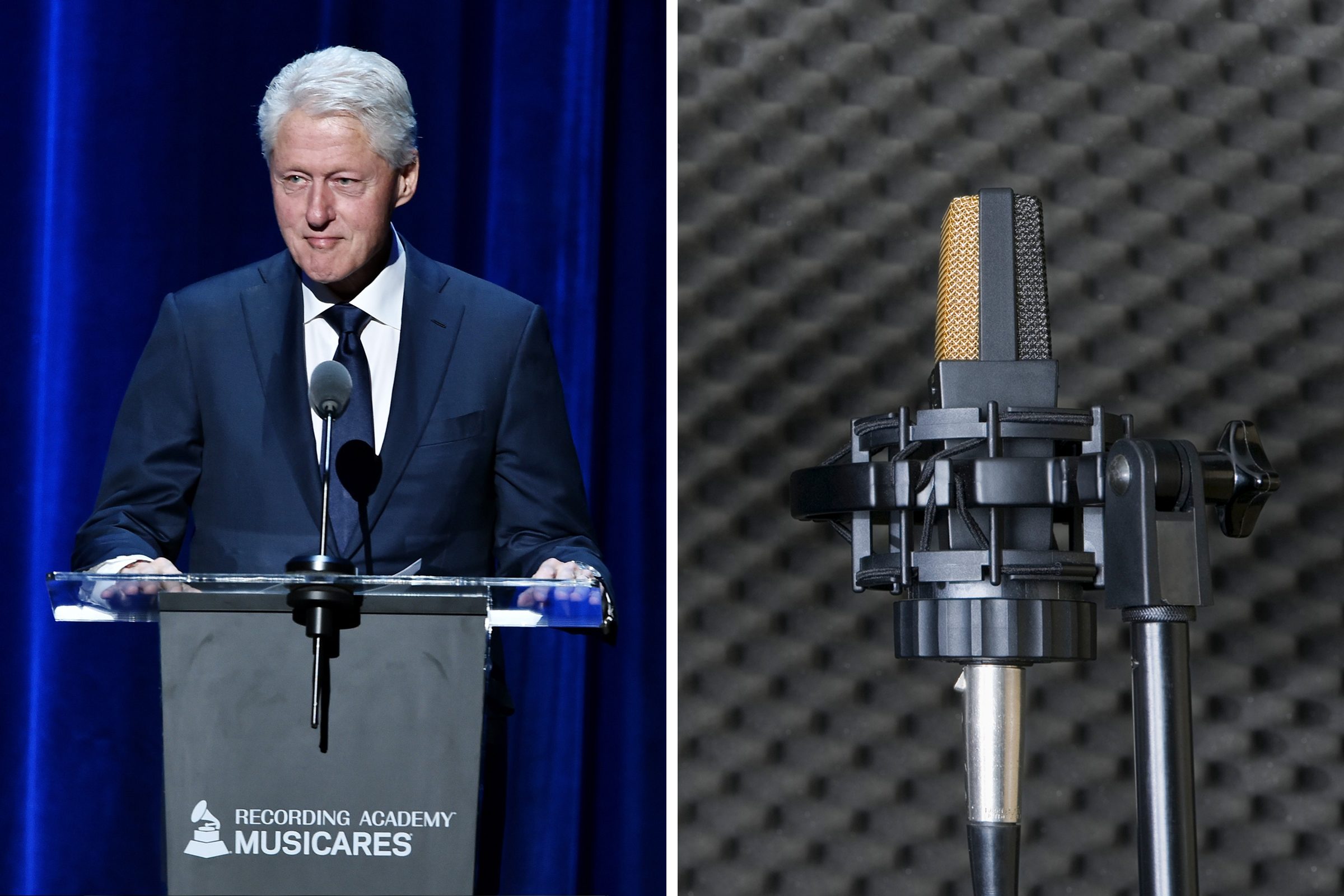 Did you know that Bill Clinton won two Grammy Awards after he left office? The 42nd president is known to be an impressive saxophone player, but his Grammys are for something totally different: spoken-word albums. Clinton won his first Grammy in 2004 for his narration of the children’s book Wolf Tracks. He won his second in 2005 for his narration of his autobiography, My Life. And while Clinton was the first president to win a Grammy, he wasn’t the last. Barack Obama won the award in 2006 and 2008, and Jimmy Carter won in 2007. Can you guess the 13 presidents with the highest IQ scores? (Spoiler alert: Bill Clinton is one of them!) 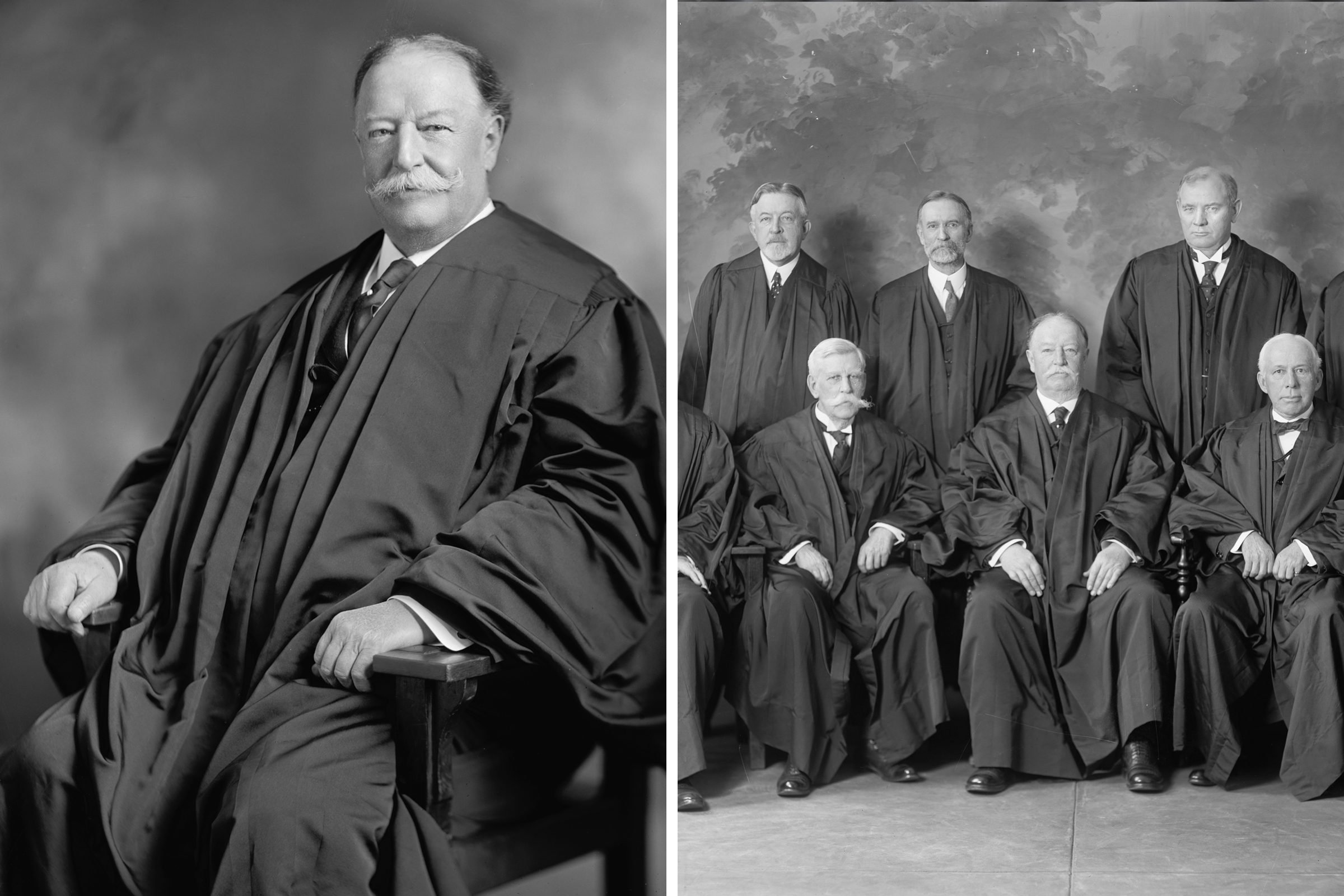 As the 27th president of the United States, William Howard Taft decided to serve his country in a different way after his stint in the White House. This time, it was by becoming a Supreme Court justice. Taft served as president from 1909 to 1913, and he was appointed to the highest court in the land in 1921 by President Warren Harding. The appointment was his greatest honor, and he once wrote, “I don’t remember that I ever was president.” Taft is the only president to have served in both offices. In case you were wondering, this is why Supreme Court justices serve for life. 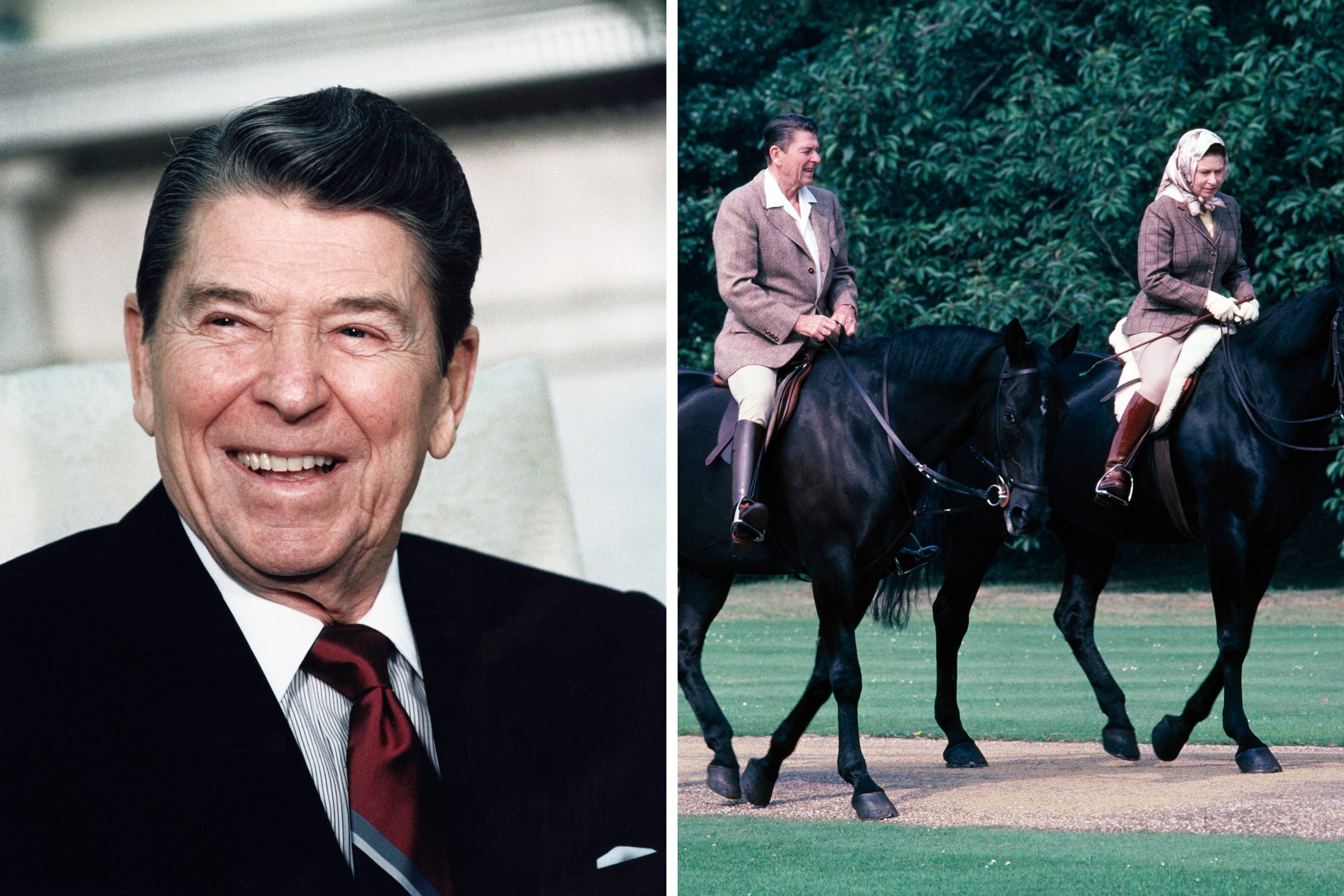 OK, Ronald Reagan didn’t pursue a second act as a hero on a horse—but he was knighted by the Queen of England. On June 15, 1989, Queen Elizabeth II made Reagan a Knight Grand Cross of the Most Honorable Order of the Bath. President Dwight D. Eisenhower and George H.W. Bush also received the honor. So, what do these men get for their knighthood? Not too much, although they can attach the title “Sir” to their names. Plus, they get permanent bragging rights. Being the leader of the free world is a tough job, and it takes its toll. For proof, check out these dramatic before-and-after photos of how presidents have aged in office. 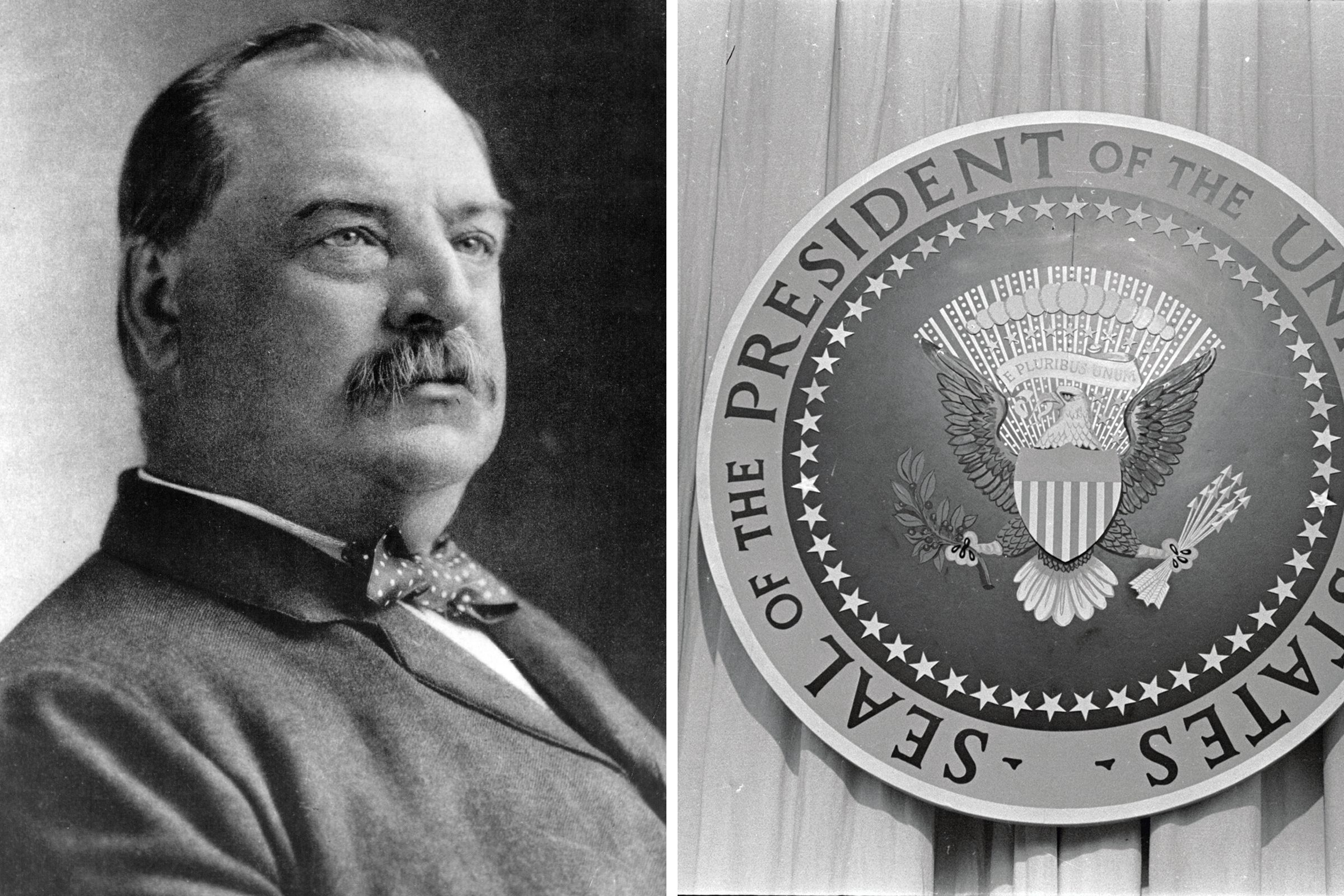 Some presidents have trouble establishing a second act after their presidency, but Grover Cleveland avoided this conundrum simply by running for president again. Cleveland served two non-consecutive terms in office, the first from 1885 to 1889 and the second from 1893 to 1897. The Democrat was defeated in the 1888 election by Republican Benjamin Harrison; he won the popular vote but lost the electoral vote. Lucky for him, he was reelected just four years later. To date, he’s the only president to have served two non-consecutive terms. Confused as to how the electoral vote actually works? Learn the answer to that and another 18 political questions you’ve been too embarrassed to ask. 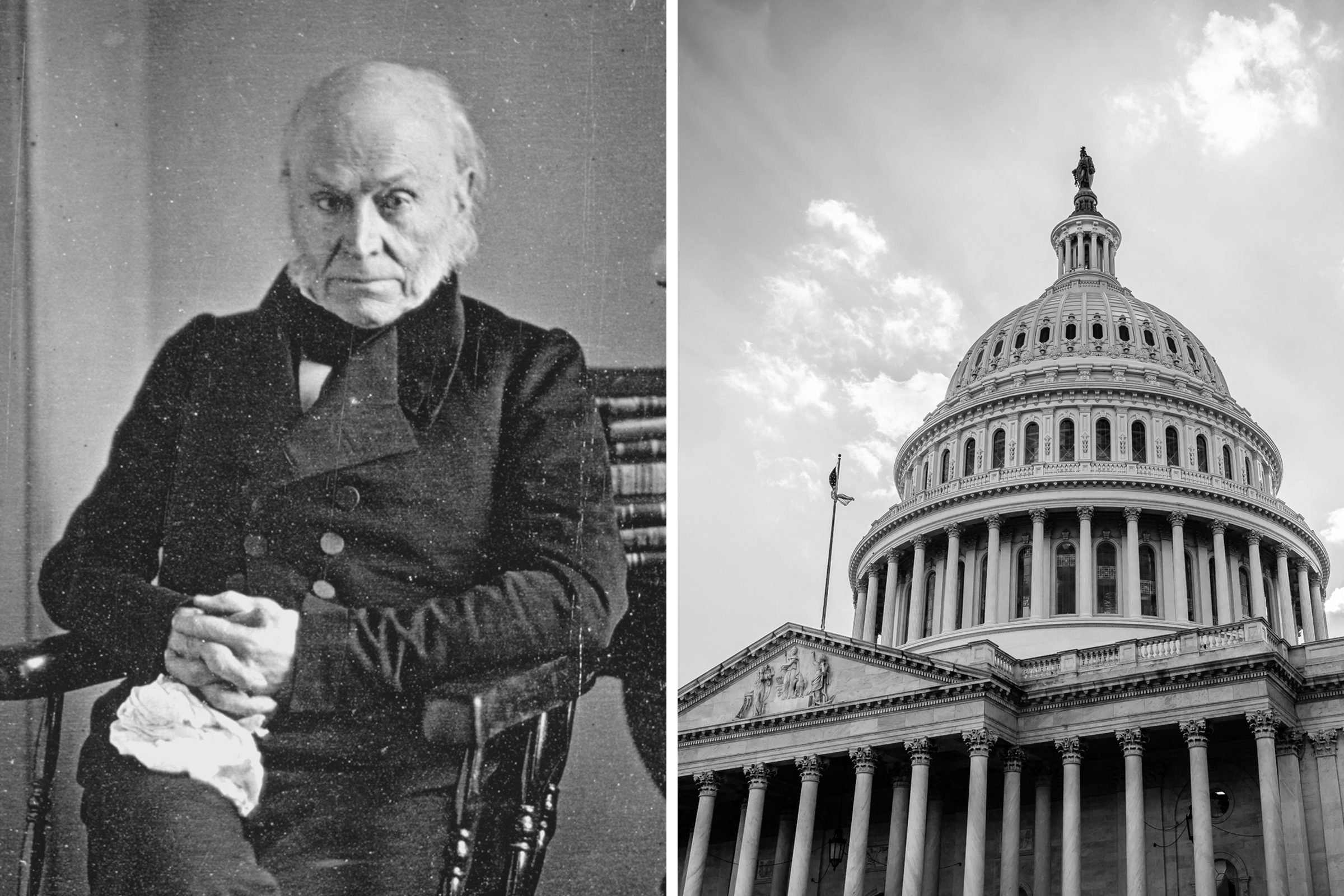 John Quincy Adams, the sixth president of the United States, served his country in more ways than one. In 1830, just after he left the presidency, he was elected to the House of Representatives, where he served nine terms until his death in 1848. At one point, he was even dubbed the “Father of the House.” Quincy Adams, who had spent so much time in the nation’s Capitol, even died there. On February 21, 1848, he cast a “no” vote related to the Mexican War, but when he stood to speak, he staggered and fell. Other members of the House moved him to a sofa and carried the sofa to Speaker Robert Winthrop’s office. There, he fell into a coma and died two days later on February 23. Still, that’s not as crazy as the fact that three presidents have died on the Fourth of July. 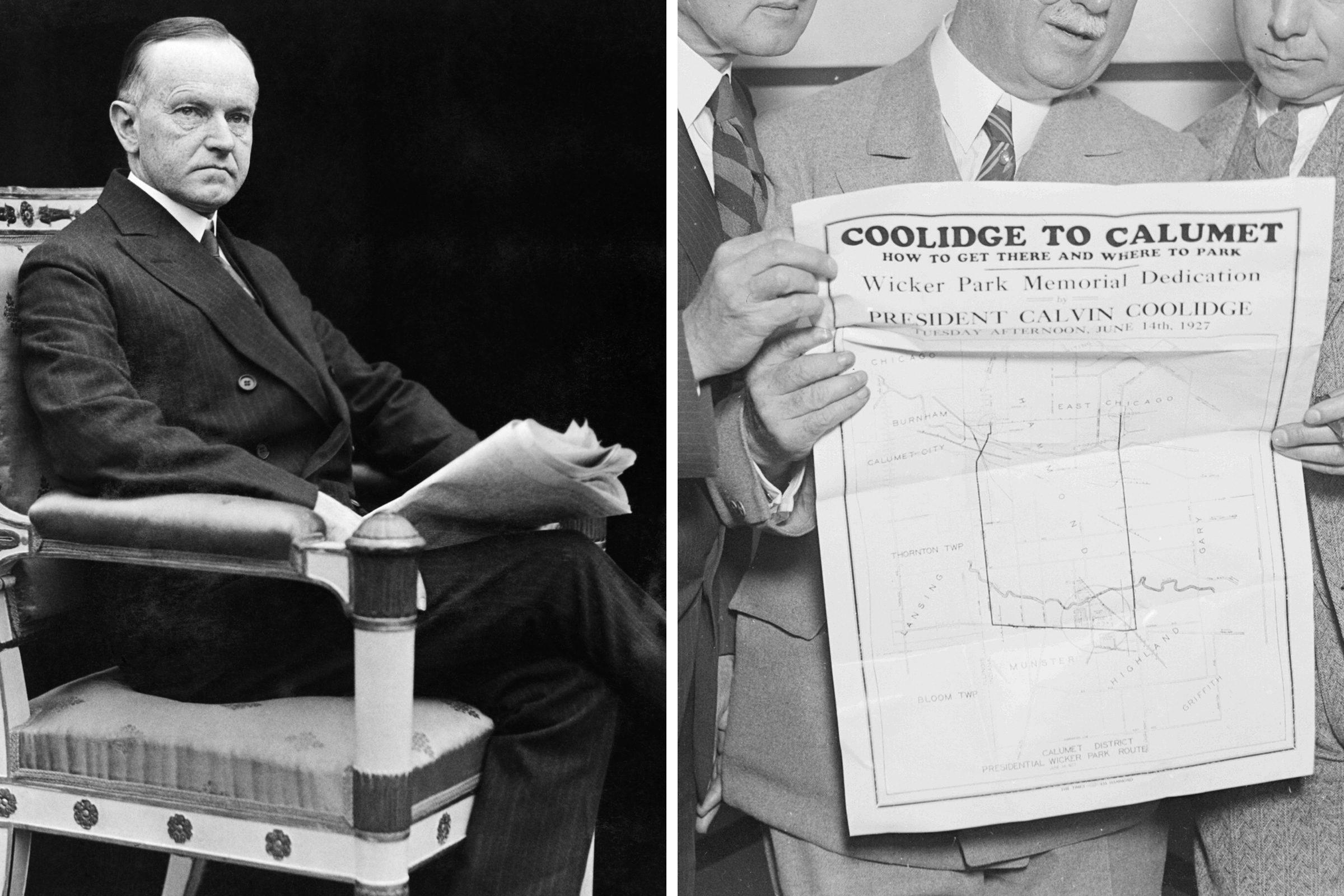 Many U.S. presidents write their memoirs and autobiographies after they leave the White House, but Calvin Coolidge, the country’s 30th leader, also wrote newspaper columns. For a year from 1930 to 1931, he published “Thinking Things Over With Calvin Coolidge,” a column that was nationally syndicated for the McClure Newspaper chain. The former president also published his autobiography in 1929. Now that’s a lot of writing! If you’re looking for your next book to read, these are 10 of the best autobiographies. 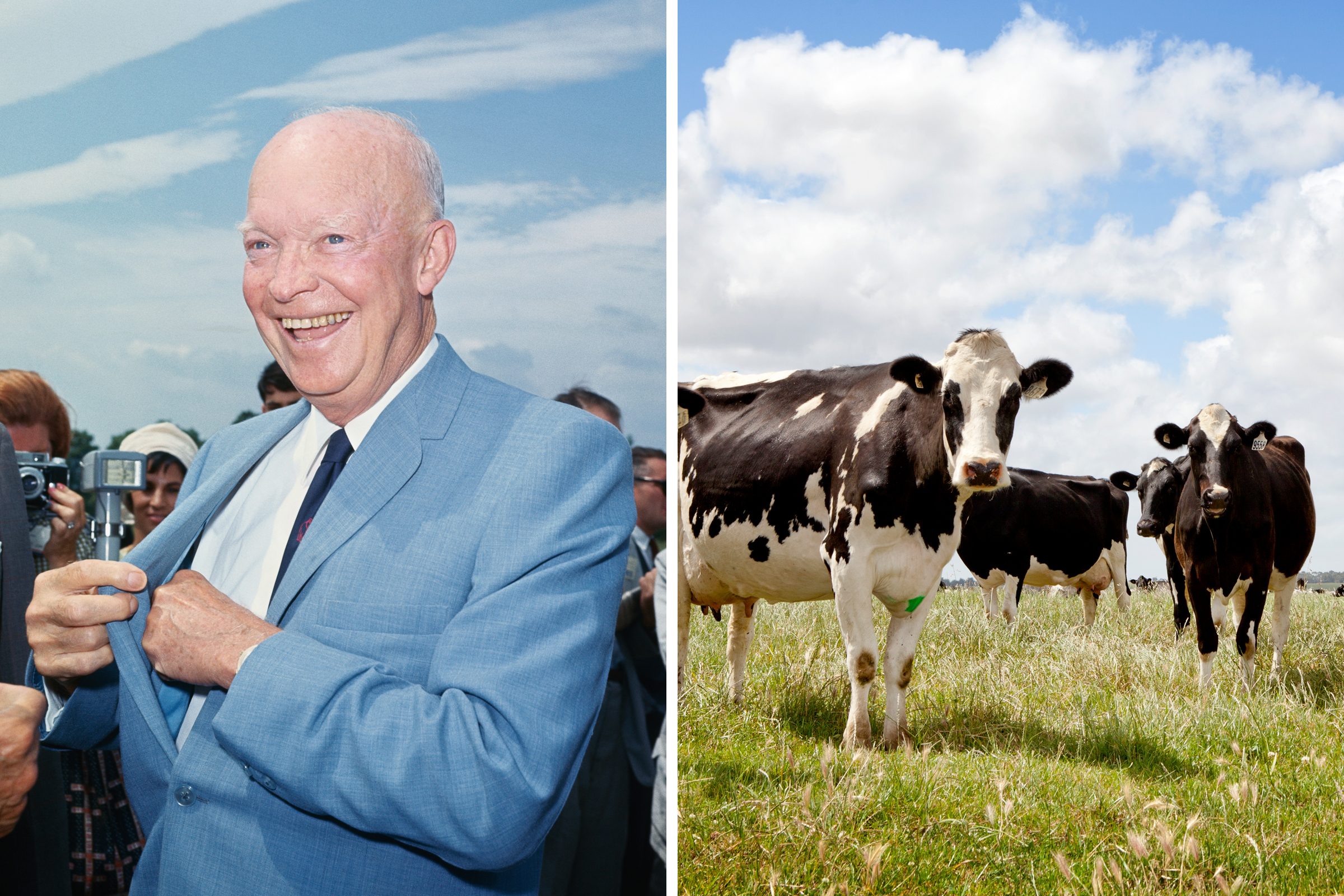 Dwight D. Eisenhower grew up on a farm in Abilene, Kansas, where he developed a lifelong passion for the outdoors. When he retired from the presidency in 1961, he returned to those roots and moved to his farm in Gettysburg, Pennsylvania. There, he raised beef cattle, as well as a few milking cows. In 1967, Eisenhower donated the farm and house to the National Park Service. Visitors can now stroll the grounds where the 34th president bred his beloved cattle. Find out the secret quirks of all 45 U.S. presidents. 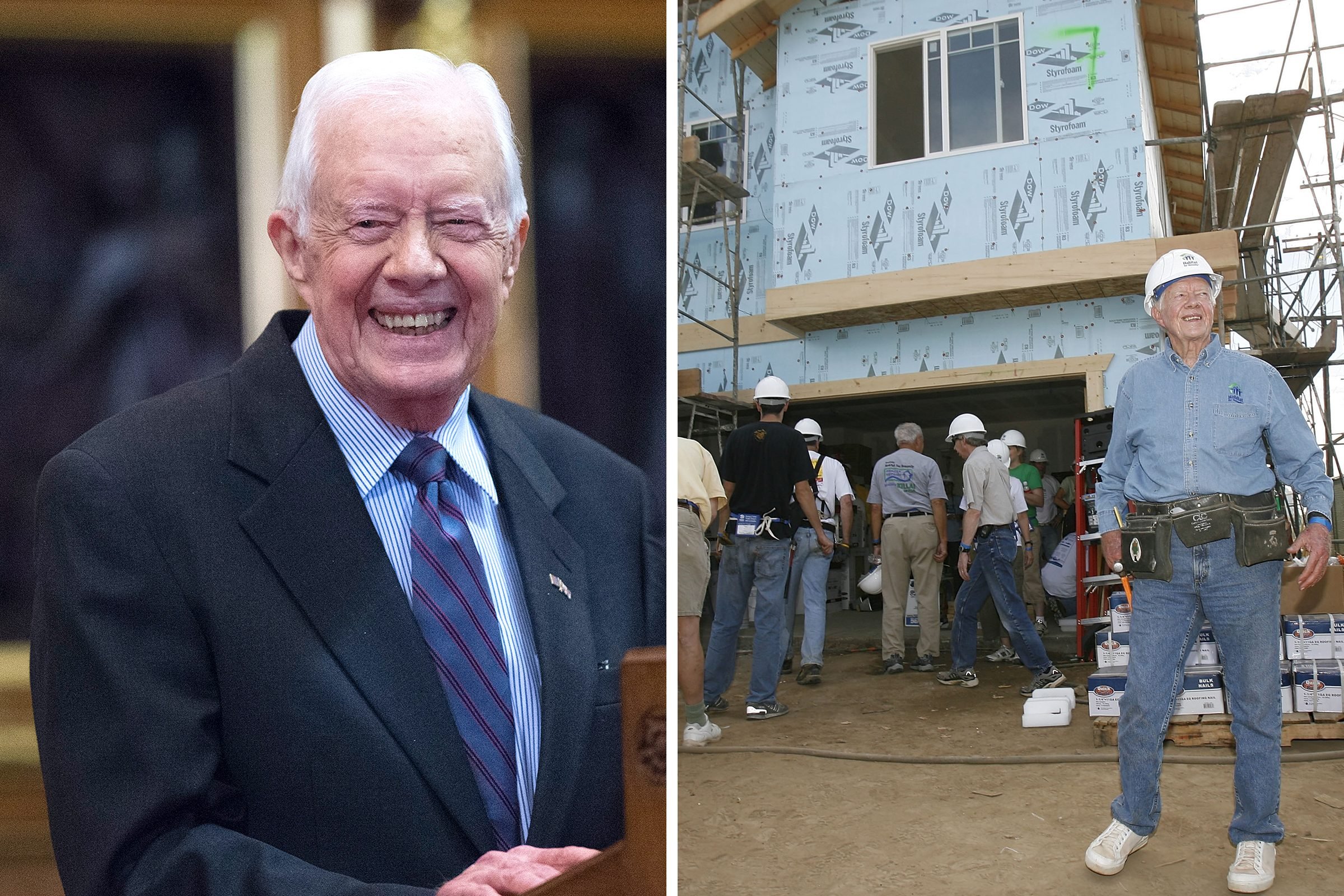 According to the University of Virginia’s Miller Center, “Jimmy Carter has provided Americans with an ideal model of post-presidential life.” In 1982, Carter founded the Carter Presidential Center, which is devoted to issues related to democracy and human rights. He has also worked with Habitat for Humanity International, building houses for those in need.

“My life since the White House has been personally more gratifying, although the presidency was obviously the pinnacle of political success,” Carter, then 90 years old, said at a press conference in 2015, according to CNN. “If I had to choose between four more years and the Carter Center, I think I would choose the Carter Center.” In 1999, President Bill Clinton awarded Carter the Presidential Medal of Freedom; in 2002, he won the Nobel Peace Prize. These quotes from Jimmy Carter will make you proud to be an American. 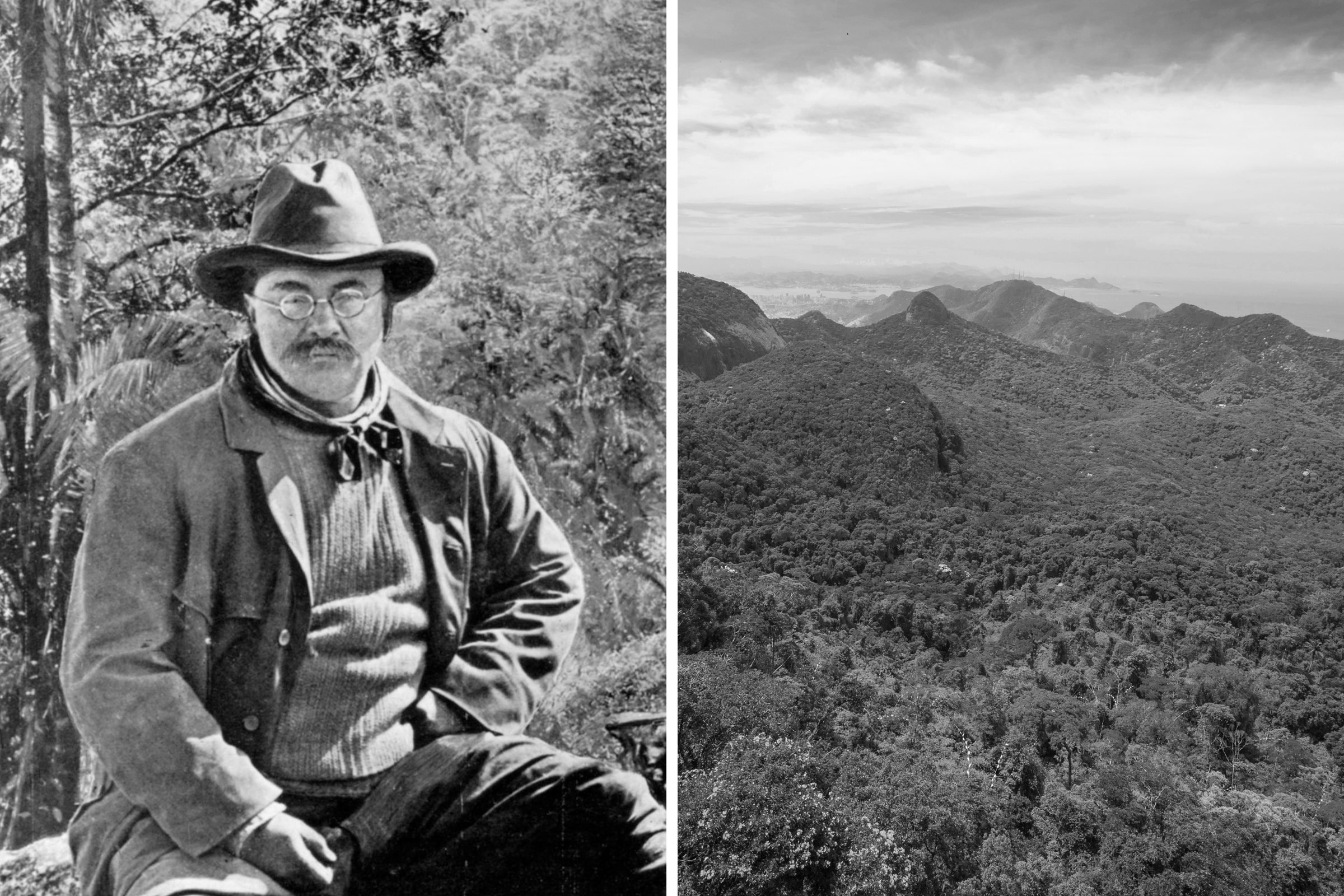 While “explorer” might not have been Theodore Roosevelt’s official post-presidency job title, you’ll want to categorize him as one once you hear this story. After losing the 1912 election, Roosevelt and his son set off to explore the jungles of Brazil—specifically, an uncharted tributary of the Amazon called the River of Doubt. During the expedition, which lasted seven months and crossed 15,000 miles, the former president contracted malaria and a serious infection after his leg was injured in a boat accident. Fortunately, Roosevelt made it home, although the adventure left him with a range of ailments that plagued him until his death in 1919. Next, learn the truth behind these presidential “facts” that just aren’t true.

Juliana LaBianca
Juliana LaBianca is a writer and editor Based in New York City. She specializes in lifestyle topics from health and home to travel and trivia.