Fool others about your intellect…or are they fooling you about theirs? 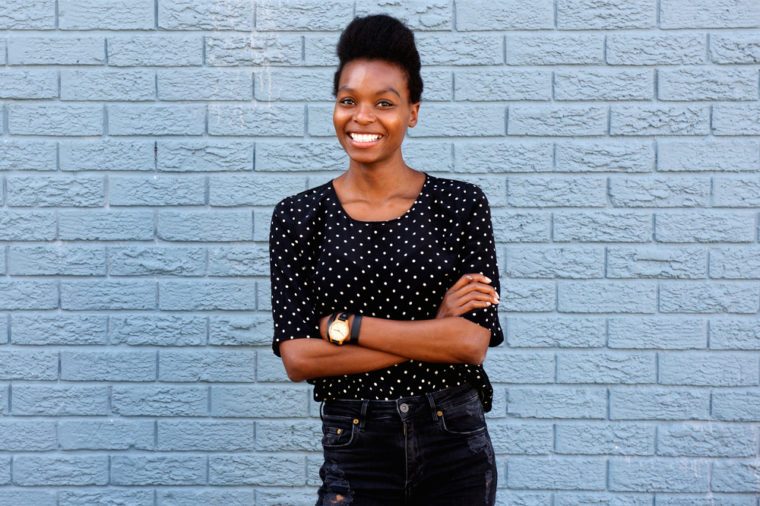 The science behind perceived intelligence

Have you ever used big words to sound smarter? You’re not alone. Researchers have documented how people try to appear smarter or use criteria to decide whether others are smart. Many judgments are rooted in stereotypes, yet they persist. “People love to take shortcuts when forming impressions of people,” says Bogdan Wojciszke, a professor of social psychology in Poland who studies how people form impressions of other people. “We tend to make judgments based on easy cues, without thinking too much.”

Because people know, consciously or unconsciously, that others form impressions of them after a glance or short conversation, they may work harder to give the “right” impression so they’re judged favorably. There may be no validity to these impressions, yet people value others’ perceptions. “It’s almost a game that two people are playing,” says Eric R. Igou, a social psychologist at Ireland’s University of Limerick who also does studies on the subject. “If the observer, person B, doesn’t have the same theory, it can backfire.” Person A may be perceived as pretentious instead of intelligent, he adds. So, want to look smarter? Here are some tips from science-backed studies and experts. 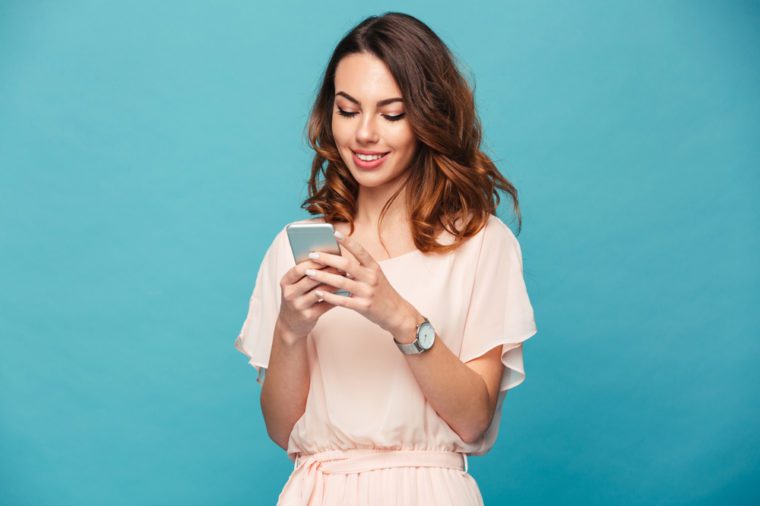 If you use a thesaurus when composing emails, you may be guilty of trying to boost your intelligence perception. “Smart people have good vocabularies,” says Daniel Oppenheimer, professor of cognitive psychology at the University of California, Los Angeles. “People think: If I can show that I have a good vocabulary, I’ll sound smarter.” But Oppenheimer’s research shows that authors are deemed smarter when writing is easier to understand. Using big words just to impress people may have the opposite effect. “People associate intelligence with clarity of expression,” Oppenheimer says, adding that smarter people do use longer words in their writing, but their aim is to write clearly. Try using these fancy words that will make you sound smarter. You’ve no doubt heard of—or even encountered—people who talk loudly to try to sound smart, but to some extent, that method actually does work. The key is to be a more expressive speaker by varying your volume and energy. “If two speakers utter exactly the same words, but one speaks a little faster and louder and with fewer pauses and greater variation in volume, that speaker will be judged to be more energetic, knowledgeable, and intelligent,” communication expert Leonard Mlodinow told Forbes. If you’re having a hard time grasping what this means, watch any TED Talk. 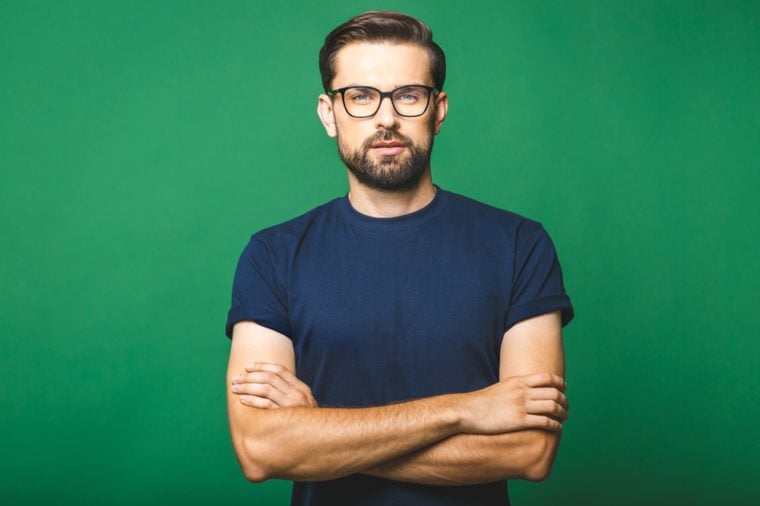 According to a survey by the U.K.-based College of Optometrists, 43 percent of people think that glasses make people look smarter, and 40 percent of people consider wearing clear lenses to seem intelligent. “Glasses are easily noticeable and allow us an instant inference without effort,” says Wojciszke, who teaches at the University of Social Sciences and Humanities in Sopot, Poland. “Many people considered wise—like professors, judges, and mature statesmen—wear glasses more frequently than fools. So, any cue associated with wisdom—thick books, fluent speech, even gray hair—may give rise to the impression of smartness.” 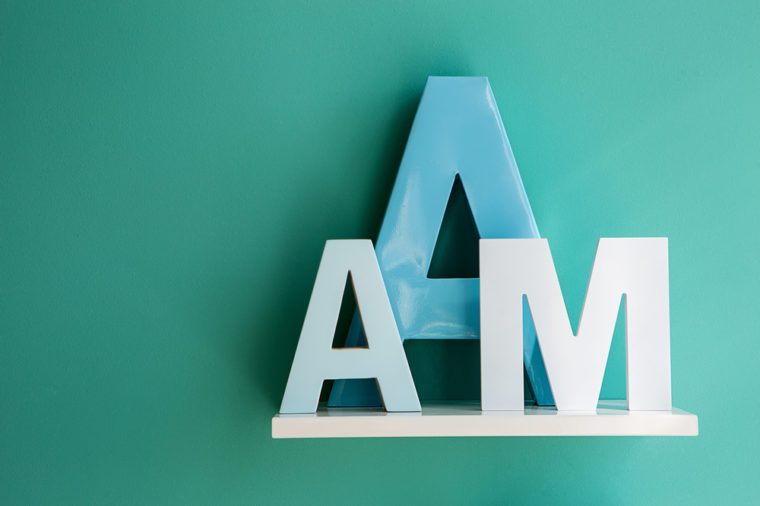 Use your middle initial

It may seem awkward or too formal to include your middle initial when writing your name, but other people likely won’t think so. A series of studies conducted by the University of Southampton in the United Kingdom showed that participants expected people who used their middle initials to be more intelligent. As Forbes reports, participants read and rated an essay on Einstein’s theory of relativity, attributed to David Clark, David F. Clark, David F. P. Clark, or David F. P. R. Clark. The more middle initials used in the name, the higher the essay was rated. These are other weird habits of people who are smarter than everyone else. A French study published in the journal Psychological Reports found that women who overhear men telling funny jokes believe them to be smarter and more attractive than men who converse about mundane topics. There may be some validity to this because a certain level of intellect is required to consistently make clever remarks. “Persons having a good sense of humor show really higher intelligence,” Wojciszke says. “So, men can use humor as an easy and honest—hard to fake—cue of intelligence.” Check out these 25 clever jokes that make you sound smart. 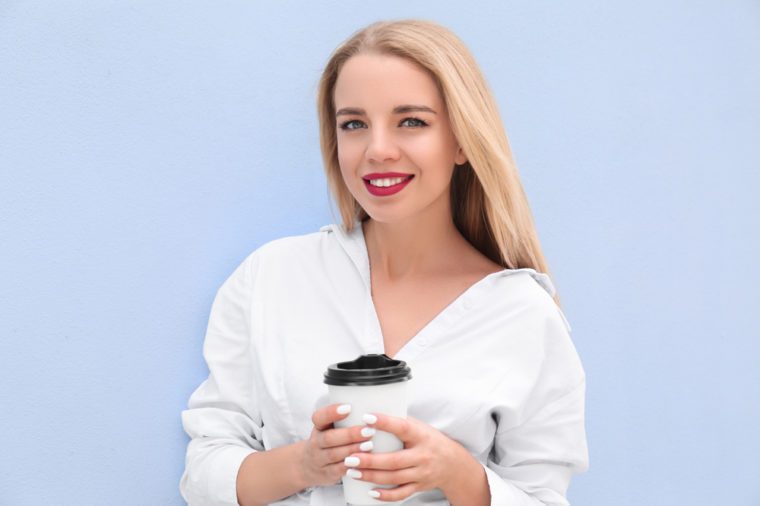 Ladies: Wear makeup, but not too much

In a 2011 study paid for by Proctor & Gamble, 25 women were photographed barefaced and in three looks: natural (minimal makeup), professional (moderate), and glamorous (dramatic). One group of study participants then got to look at the photos for only 250 milliseconds, while another group was given an unlimited amount of time. All participants rated the women on attractiveness, competence, likeability, and trustworthiness. Those that only got a glance at the photos rated women wearing any makeup look higher in all categories. Results from those with unlimited inspection time showed that the glamorous makeup look had a positive effect on competence, but a negative effect on trustworthiness. Sarah Vickery, an author of the study and a Procter & Gamble scientist, told the New York Times that the key is choosing your look based on your situation. Wearing a deep, shiny lip color will convey to others that you’re the one in charge, but if you’re heading to a meeting where you need to be collaborative, opt for a light to moderate lip color that isn’t too glossy. 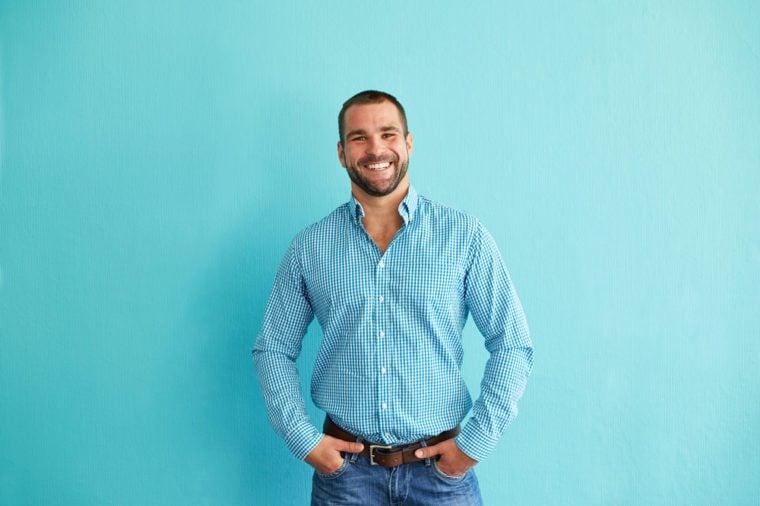 People whose smiles appear authentic, with wrinkles around the eyes, are judged to be more intelligent than people whose smiles seem fake, according to a study in the Journal of Nonverbal Behavior. There’s no correlation between smiles and smarts; judgments are fueled by hunches. “People often rely on two types of biases when forming impressions,” says study author Susanne Quadflieg, lecturer in experimental psychology at the University of Bristol. “The so-called ‘halo’ effect: If they have a spontaneously favorable impression of a person—and authentic smiles can elicit a rapid favorable response—they tend to judge other characteristics, like the intelligence of the person, also more positively. And the ‘what’s beautiful is good’ effect: If people find someone else attractive—and an authentic smile tends to enhance attractiveness—they are inclined to assign other good qualities to them, like intelligence.” Check out these other everyday things you didn’t realize were making you smarter. 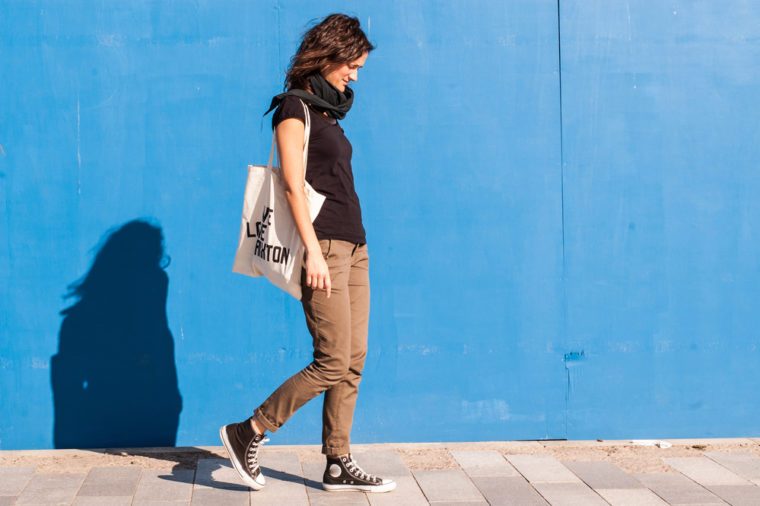 Walk at a normal speed 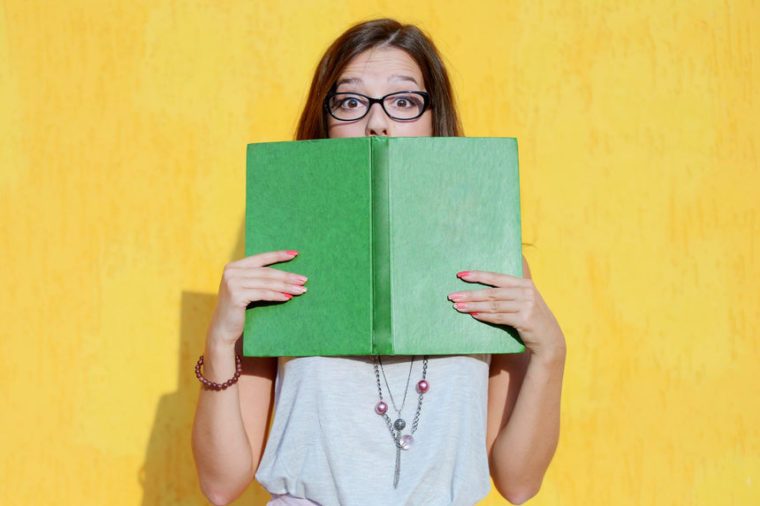 In the United Kingdom, one survey found that more than half of Britons surveyed in a poll done for World Book Day admitted to pretending they’d read classics like War and Peace to sound smarter. You may seem more impressive at the moment, but if you forge a new relationship, you may not be able to keep up the ruse. “Most of our daily interactions with others are very short and superficial,” Wojciszke says. “However, we are less easily fooled during prolonged or repeated interactions.” Don’t miss these little grammar rules that will make you sound smarter. 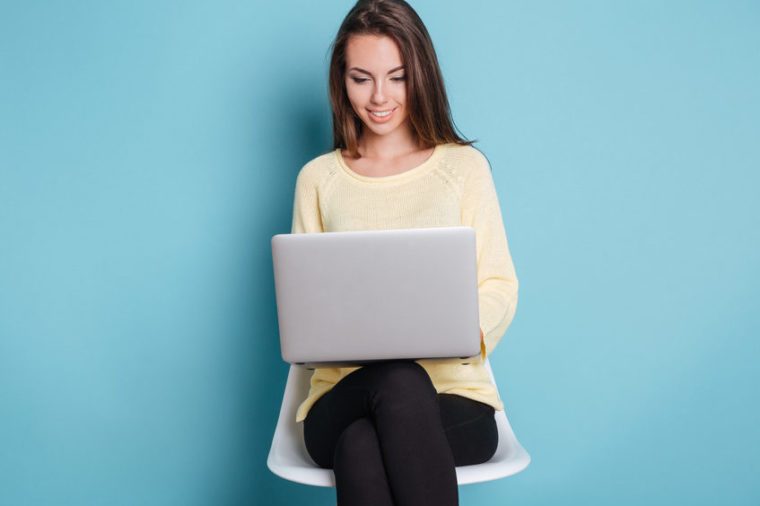 Sitting and standing up straight do more than just improve your posture, the Wall Street Journal reports. In a 2007 study, some graduate students were videotaped attempting to appear smart, and other students watched the videos and rated the subjects’ perceived intelligence. One of the behaviors the students trying to look smart had in common was sitting up straight, and those watching the videos gave the people sitting up a higher IQ score. 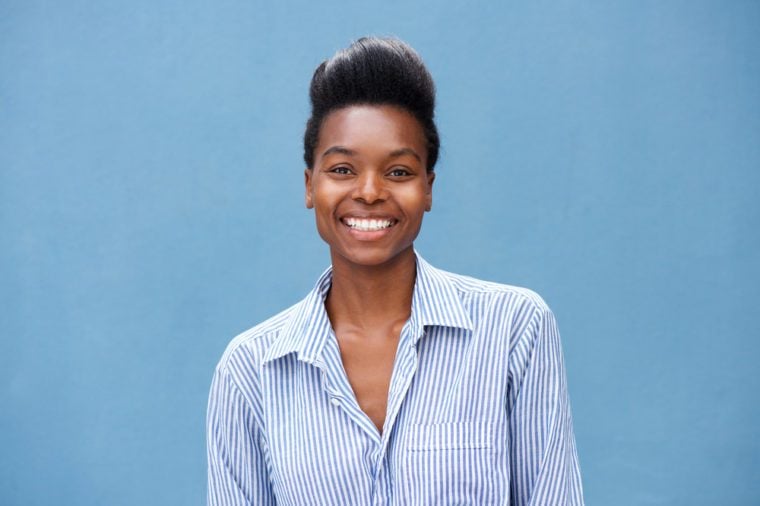 If someone looks at you while you’re talking, you’re more likely to think he’s smarter. “Good eye contact means the other person is responsive to what you are doing or saying,” Wojciszke says. “If he is not responsive, this means that either you are dull or he is dumb. No wonder that having such a choice, most of us prefer to think that he is dumb.” This perception may be grounded in truth: Researchers at Brandeis University in Massachusetts found that conversationalists who maintained eye contact rated higher on IQ tests than those who avoided someone’s gaze. Here are 10 more tricks that can make you smarter. 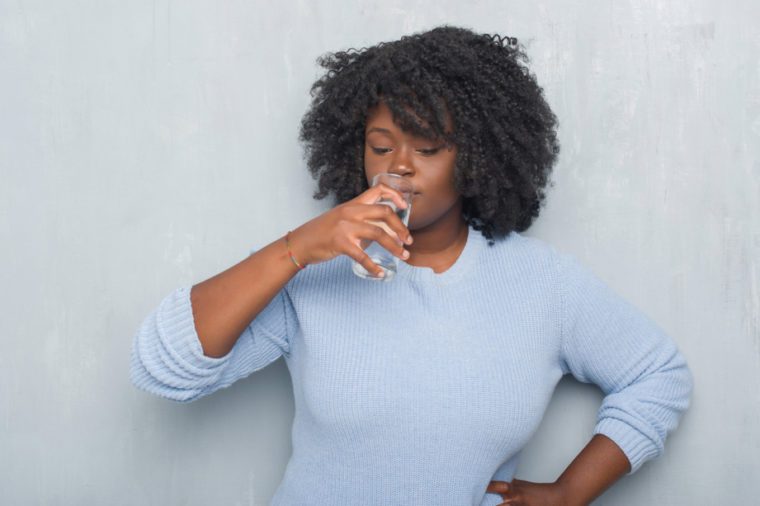 Pass on the booze

Alcoholic beverages lower perceived intelligence levels. A study in the Journal of Consumer Psychology found that people holding wine or beer are judged as less intelligent than those holding soda or water. “We frequently see some degree of cognitive impairment following alcohol consumption,” says study author Scott Rick, professor of marketing at the University of Michigan. “That can act as a lens through which we view people who drink.” 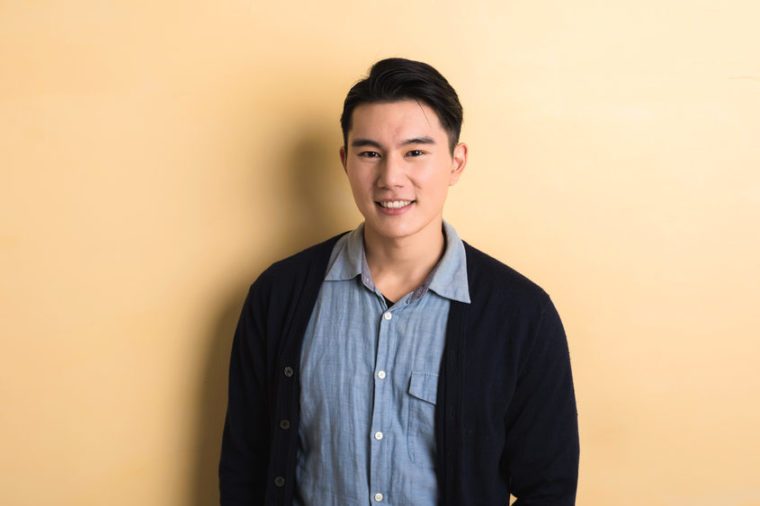 Being nice counts, too

Wojciszke’s research has shown that self-esteem rises when people perceive themselves to be intelligent, but others appreciate different traits. “People will like you not because of your smartness, but because of your warmth and kindness,” he says. “However, besides liking, there is also respecting, and this is based on intelligence, indeed. So, when you want others to like you, present yourself as a person who is nice rather than smart. But if you want others to respect you, present yourself as intelligent rather than nice.” Don’t miss these 10 signs that you’re actually smarter than you realize.