The 6 Hidden Strengths of Being a Messy Person

Why do neat freaks get all the credit? Messy people have the edge: they're relaxed, flexible, and possibly more intelligent. 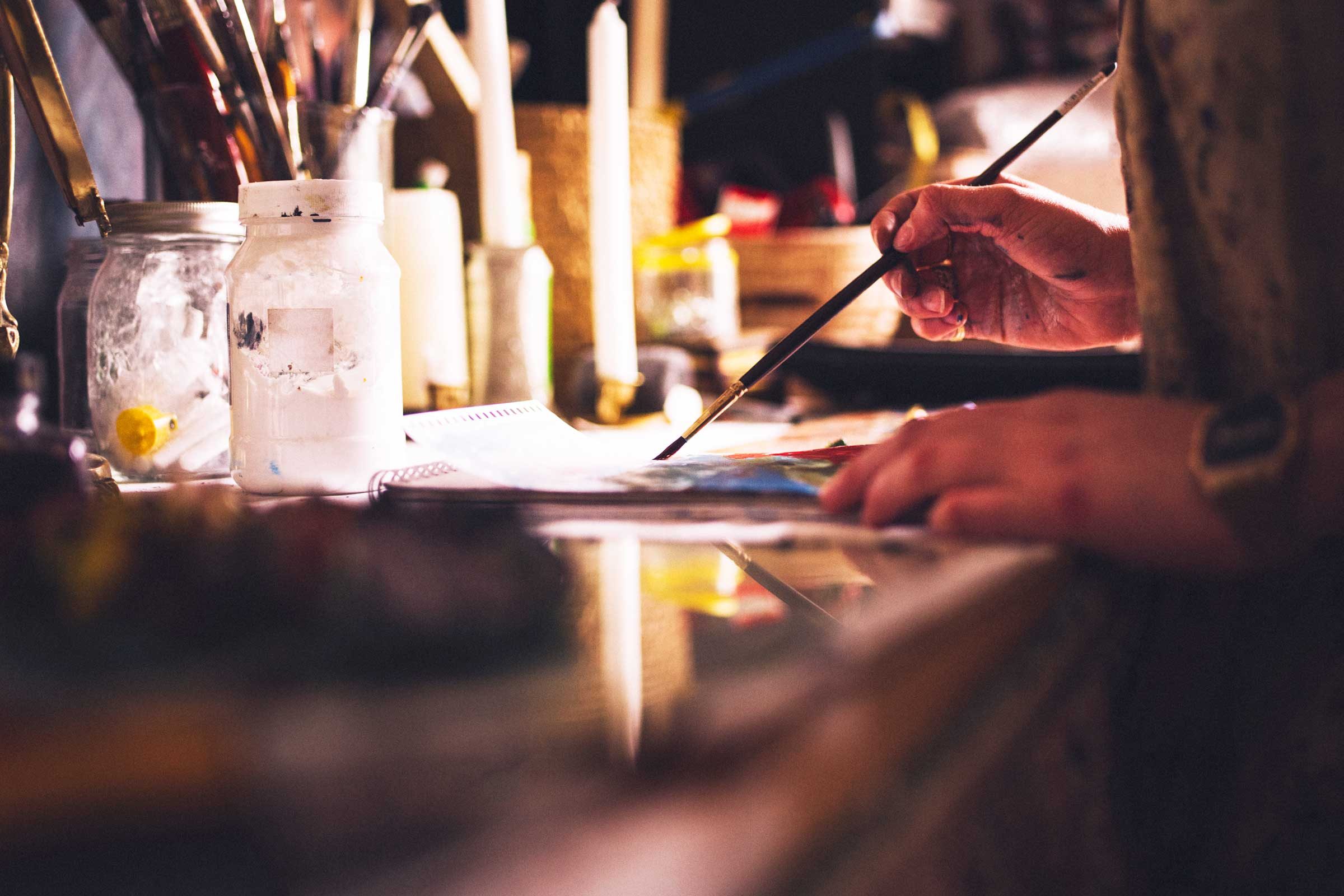 Clean spaces don’t lend themselves to innovation or spontaneity, which is why so many genius types work in cluttered studios and chaotic offices. They don’t see the mess—they see possibility. Ever known the type of person to store crayons in the microwave and books in the laundry bin? That’s probably because they thrive on disorder. That kind of bedlam creates the connections that bring them to their next great idea. They need their environment to clash—messes offer new ways of seeing the world. So don’t worry that your house is too messy, it just might spark your next genius invention. (Related: Here are 10 things all highly creative people do.) 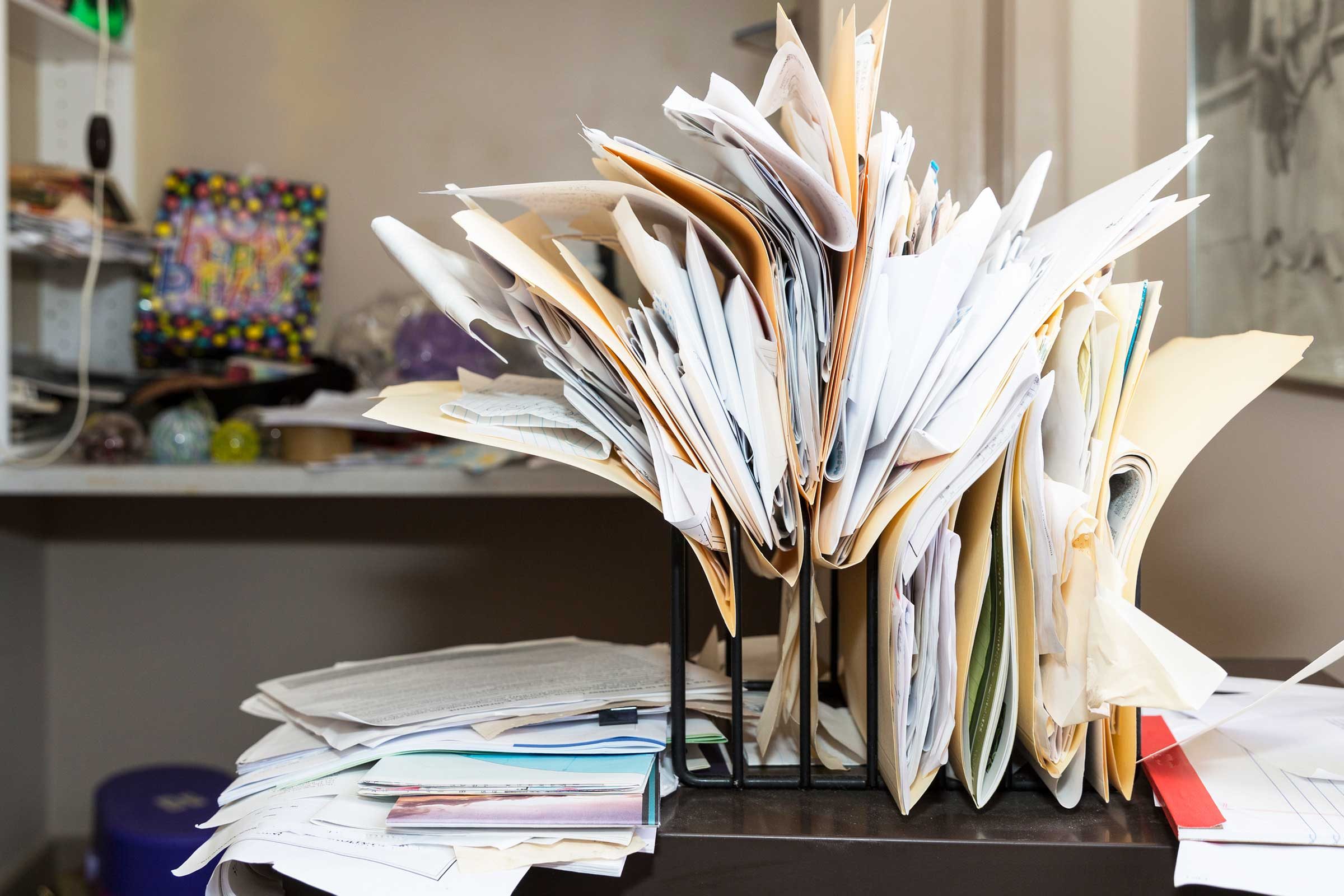 Messy people have their own special organization system

Messy people have their own unique ways of keeping organized, according to the authors of A Perfect mess: The Hidden Benefits of Disorder. You wouldn’t know from looking at their piles of clutter, but they know exactly what’s in them—and how to find what they’re looking for in record time. Though they look messy to you, there’s a definite method to the madness. These stacks are, in fact, hyper-organized and everything is easy to access. Some chefs thrive in workspaces cluttered with ingredients at the ready. Improvisation in cooking—a little of this, a little of that—works best in a messy (but still clean, of course) kitchen. Painters, writers, scientists, and inventors throughout history have often worked in disarray. They aren’t slobs, but they have their own way of dealing with clutter. They know exactly where everything is and that’s just the way they like it. (Related: Check out these 13 secrets professional organizers would never tell you.) 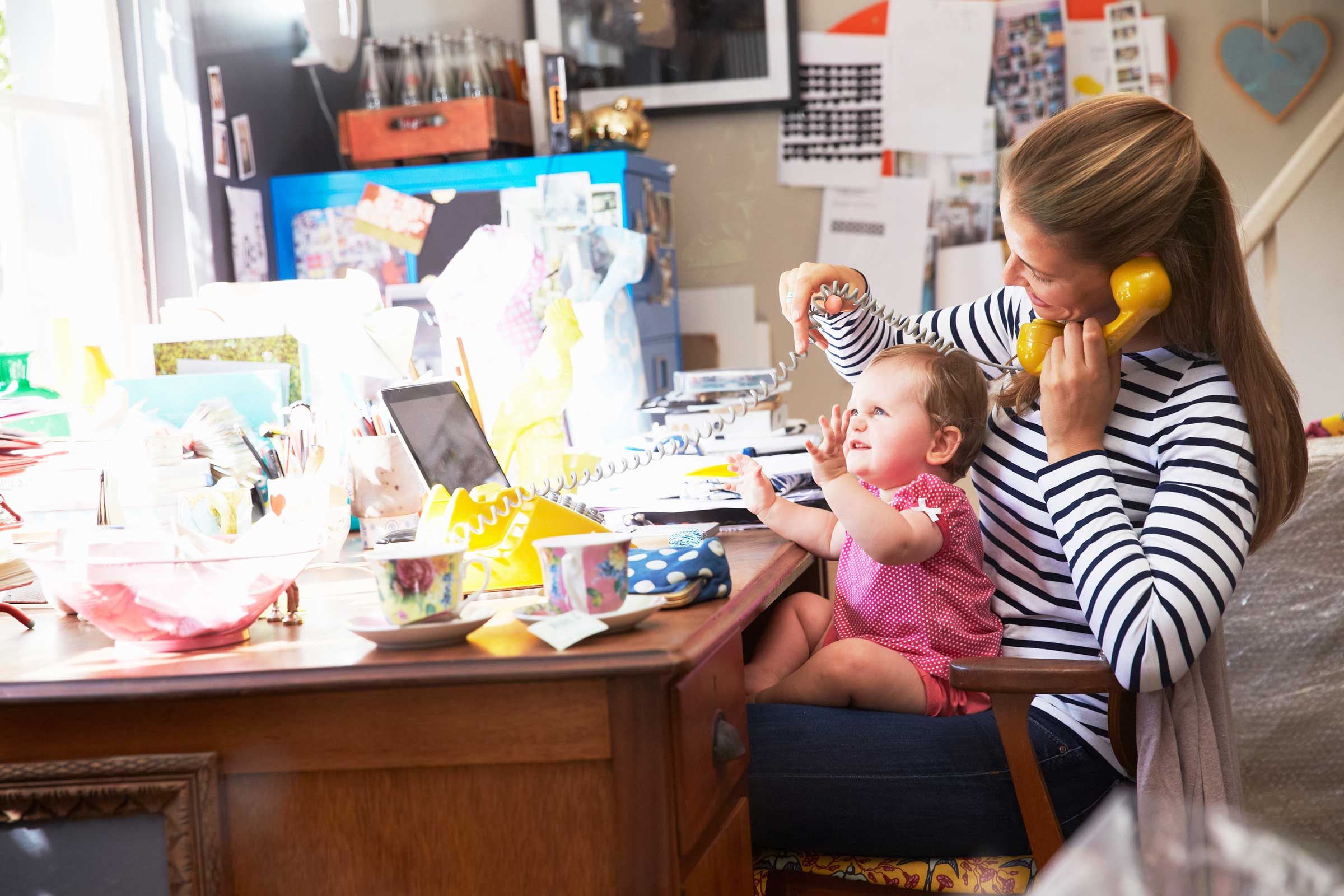 It’s hard enough keep your own space clean, but when you’ve got kids keeping everything tidy seems impossible. Some moms try to delegate to their kids and have them do clean up. But when mom and writer Alison Carmen tried that, she realized that she was yelling, the kids were unhappy, and her house was still a mess. Suddenly, after a chaotic morning, she realized that she was looking at this “keep it clean” thing in the wrong way. She spied some crumbs under the kitchen table and instead of sweeping them up, she got grateful. Instead of resenting her children’s mess Carmen began “looking at the crumbs as a blessing.” She realized that the mess “allows me to make space in the situation.” Messy people don’t fight the mess, they give in. And they’re way more Zen than the rest of us. 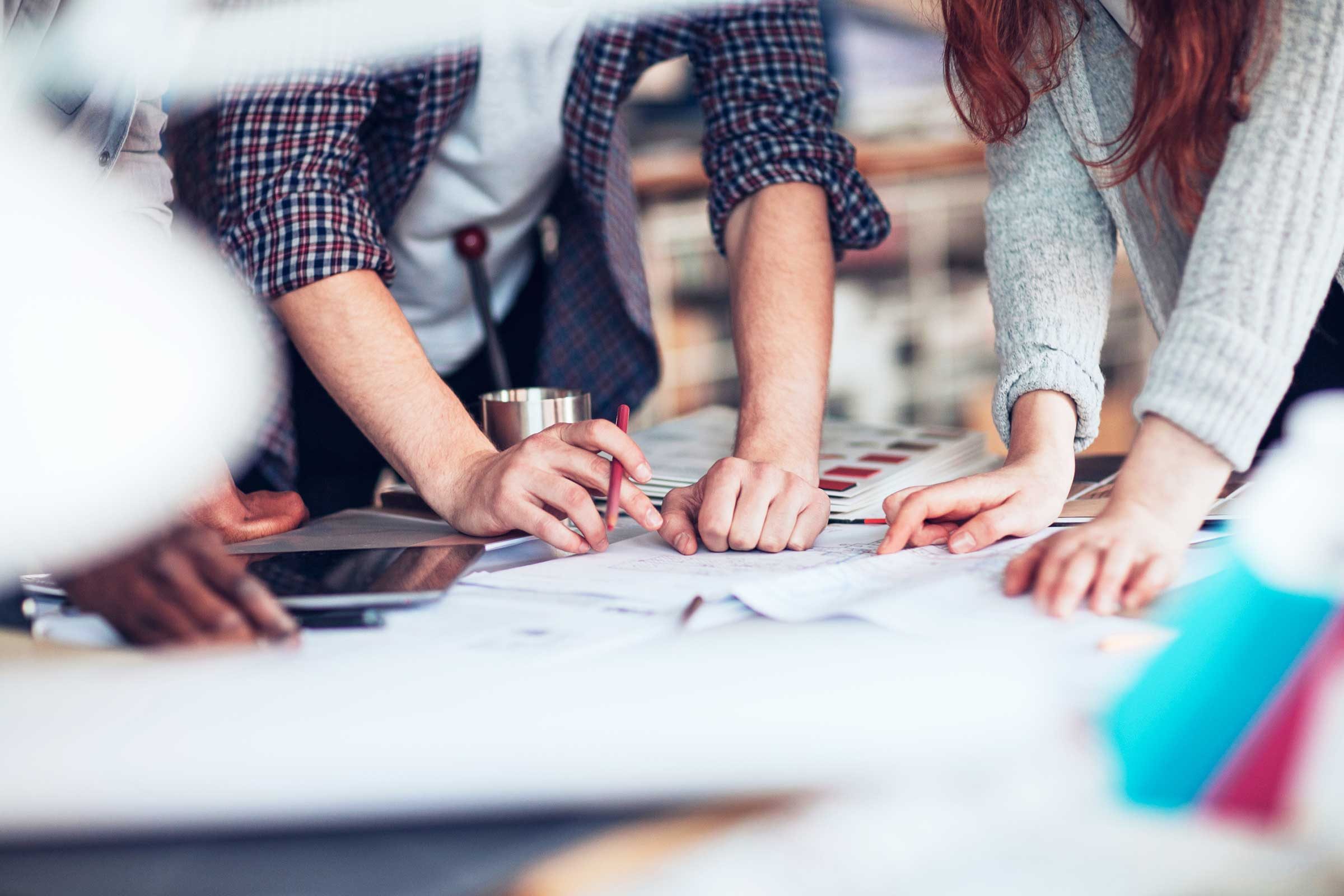 Messy people are spontaneous and flexible

Because they thrive in chaos, messy people can roll with the punches. They don’t freak out if something changes because they’re used to commotion. These traits help them out in their personal life and they’re also extremely valuable in the workplace. Some corporations even seek out unconventional folks so they have people on staff to handle the storms. Businesses need individuals who can not only handle messes, but who do their best thinking and leading in the midst of turmoil. People who prefer order feel overwhelmed and overly-stressed when plans go awry. For messy people, pandemonium is pretty much business as usual. Find out what else your house says about your personality. 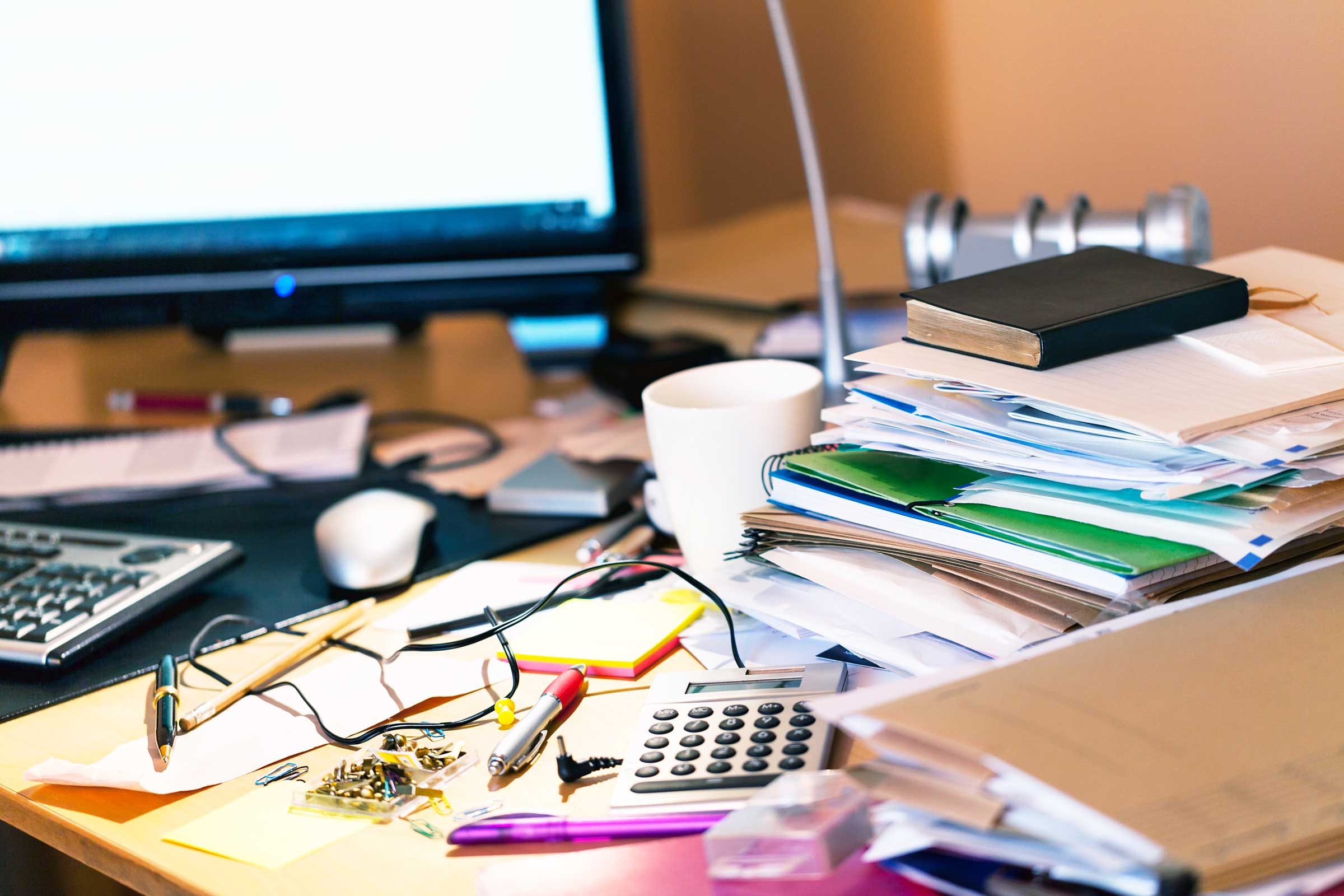 Messy people have better ideas than the rest of us

Researchers at the University of Minnesota figured out that people in cluttered environments come up with better ideas. In their study, they asked people in clean spaces and messy spaces to fill out a series of forms. One of the questions asked the test subjects to come up with alternative uses for ping-pong balls. The scientists were way more impressed with the ideas from the people in the messy environment. (Why didn’t they publish all these new uses for ping-pong balls with the results of their study? No clue.) The theory goes that a disorderly environment helps you break free of tradition. The good news is that any messy place will work as an idea generator. 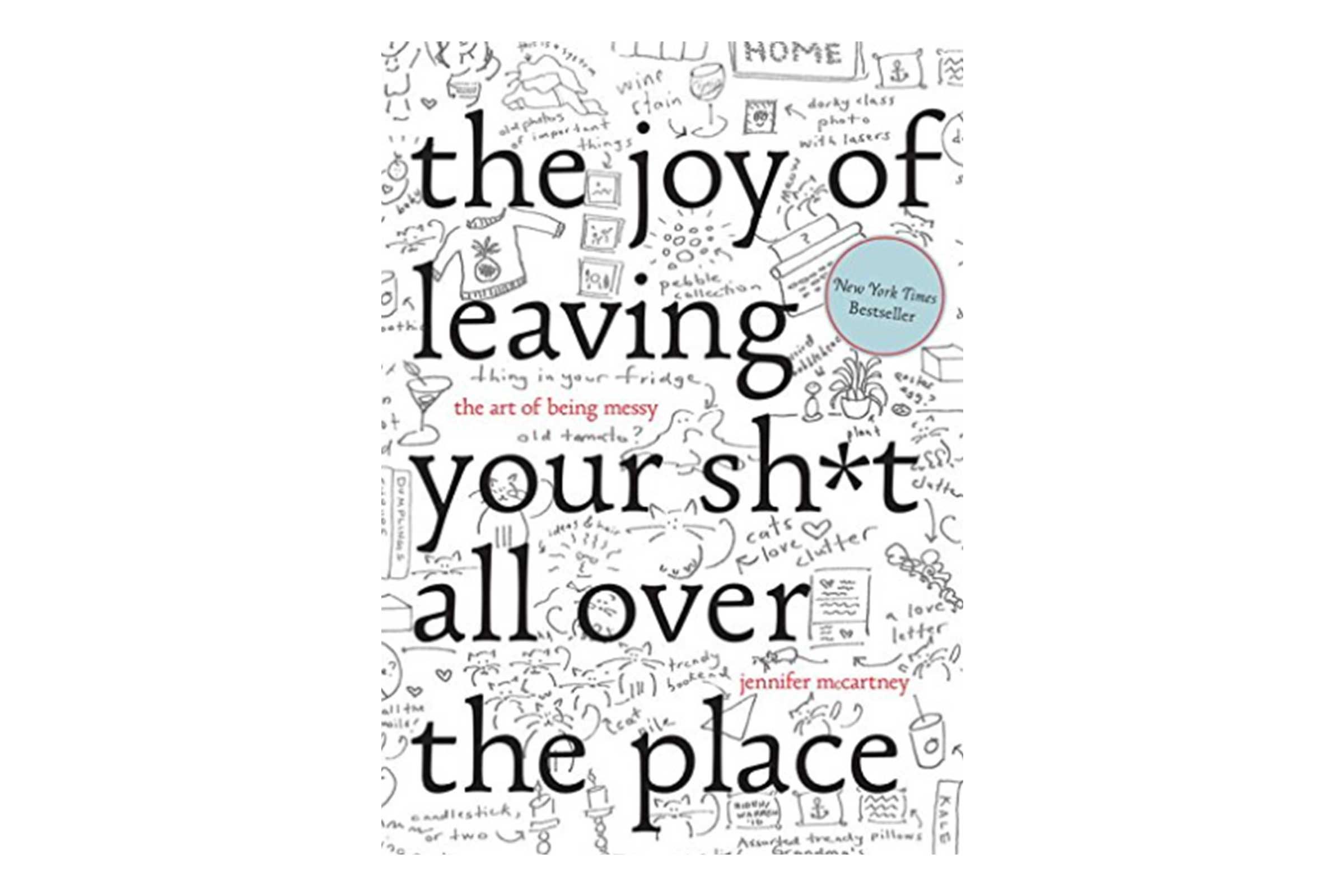 Being messy is actually an art

Perhaps you’ve heard of Marie Kondo’s bestseller The Life-Changing Magic of Tidying Up—or maybe you’ve already tried and failed to implement her method. (In a nutshell: Toss anything that doesn’t spark “joy.”) If just thinking about trying to find joy in the laundry pile causes stress, then give Jennifer McCartney’s book a try. She wrote The Joy of Leaving Your Sh*t All Over the Place: The Art of Being Messy, and let’s hope it catches on. Shoes all over the place? That’s an artistic statement. Clutter on your bookshelves: decorative masterpiece. McCartney’s work will confirm all your creative ideas about how your messy abode is photo-shoot-ready. Also, having lots of stuff is good for you. In fact, get more and let it clutter. You might spark genius as well as joy.