15 Most Expensive Mistakes Ever Made

Everybody makes mistakes, but some are more high stakes than others. The next time you goof up, remember it can always be worse, as evidenced by these extremely costly mishaps. 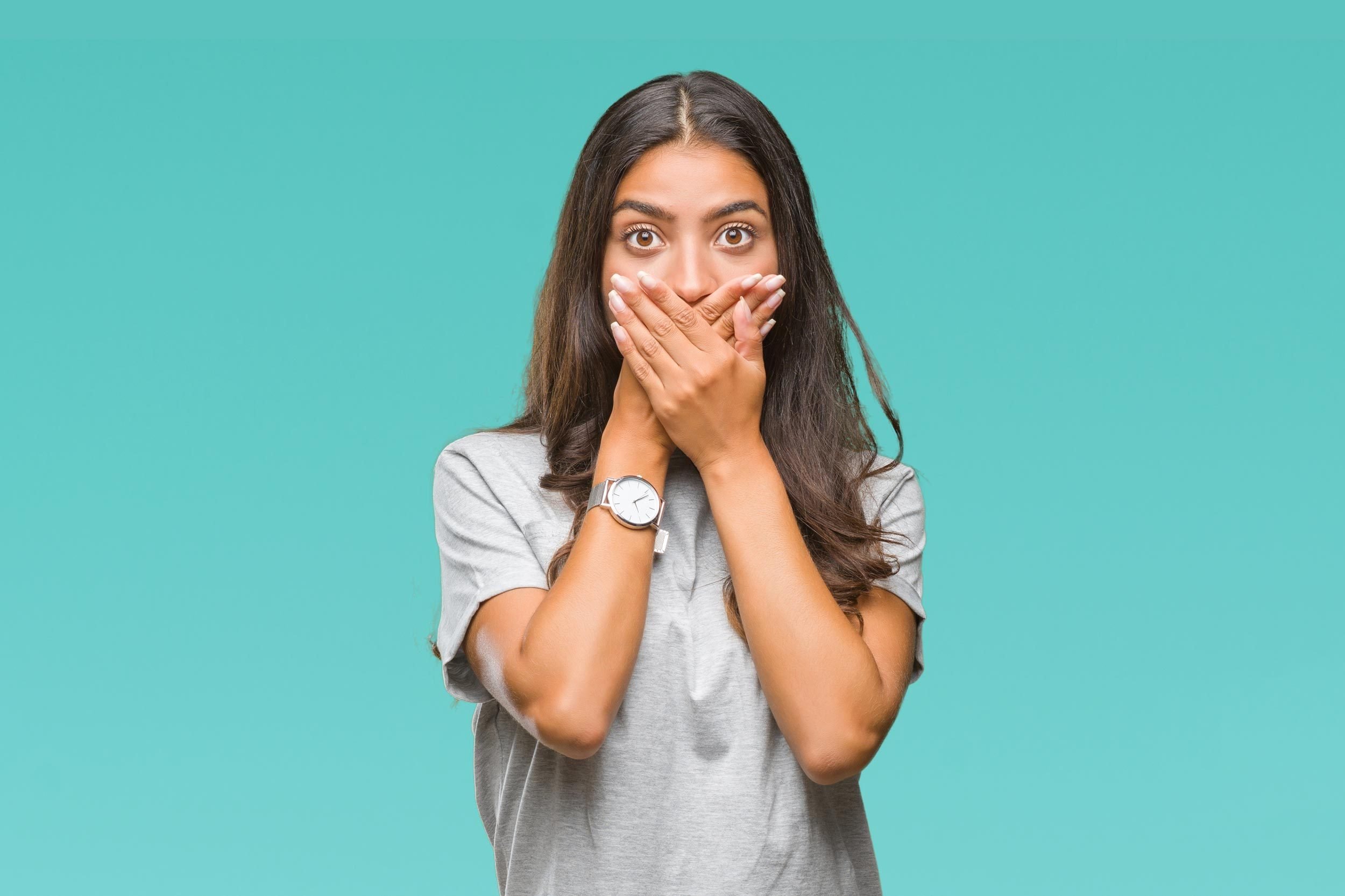 Making a mistake is not the end of the world—but that does not mean it won’t break the bank. From losing an NSA orbiter in space to forgetting a Starbucks cup in an episode of a previously well-acclaimed TV series, there are some mishaps that came with very hefty price tags. For those of you wondering what they are, here are the 15 most expensive mistakes ever made. Make sure you also check out these hilarious kid mistakes. 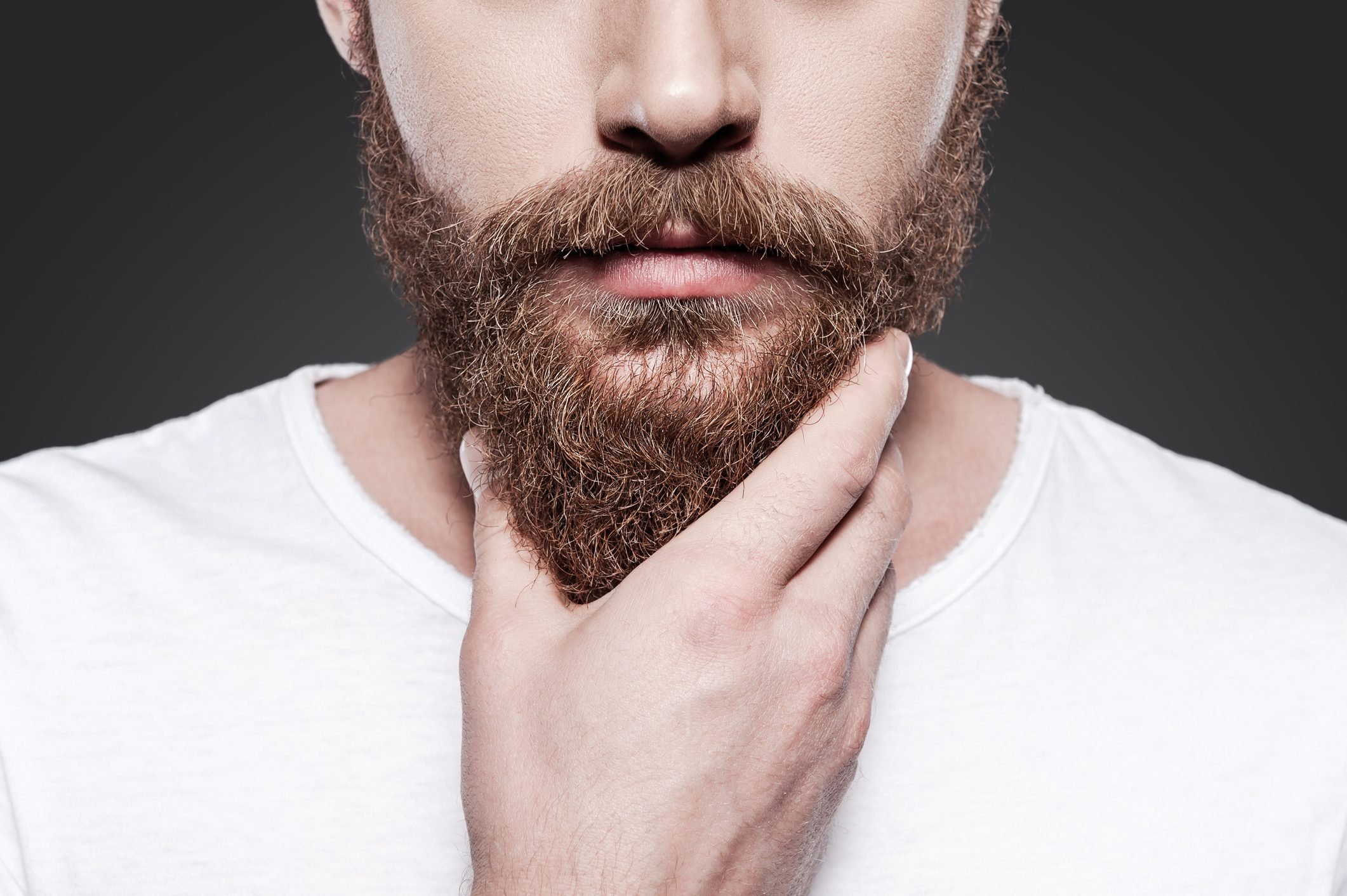 Game of Thrones fans couldn’t help but notice a Starbucks cup mistakenly left in a pivotal scene on the HBO series, but other television and movie mishaps actually cost studios a ton of money. When Warner Bros. gathered the cast of Justice League for some badly-needed reshoots, Henry Cavill (Superman) was in the midst of shooting another film that required him to have some pretty heavy facial hair. He had to film the reshoots with a mustache and, according to Looper, Warner Bros. spent millions of dollars digitally removing the pesky hairs from the Justice League film to make Superman appear as his smooth self. They might not be as costly as this one, but these newspaper typos are certainly funny.

Netflix has come a long way from its snail mail DVD rental subscription days, evolving into a powerhouse entertainment company. Unfortunately, Blockbuster Video didn’t see its potential when Netflix wanted to get into business with them. According to Inc., in 2000 Netflix came to Blockbuster with a proposal to take care of the digital aspect of their company while Blockbuster would operate the brick-and-mortar component. Blockbuster responded with a costly no…and is now left with just one store in the entire world (it’s in Bend, Oregon). They might not be Blockbuster big, but we can help you stop making these 50 everyday mistakes.

Most people lose their sunglasses or a set of keys, which is frustrating and, sure, can be costly. But in 1999 NASA lost a $125M Mars orbiter because of what CNN referred to as a “metric mishap.” What happened? The mistake occurred because Lockheed Martin engineers used English measurements (inches, feet, etc.) in their calculations in contrast to NASA’s metric calculations (centimeters, meters, etc.). Because of this navigation information couldn’t properly transfer and the orbiter was lost.

A London skyscraper nicknamed the “Walkie-Talkie” designed by architect Rafael Viñoly was originally notable for its unique shape, boasting curved eye-catching walls. Unfortunately, it became known for something much different when its south-facing wall, which is covered in reflective glass, began redirecting sunrays in such a way that was actually melting (yes, melting!) cars and causing fires. Fixes for the problem, included temporary netting and then a permanent sunshade, that cost in the estimated “low single-digit millions,” according to The Standard. Check out these hilarious typos found in popular books. 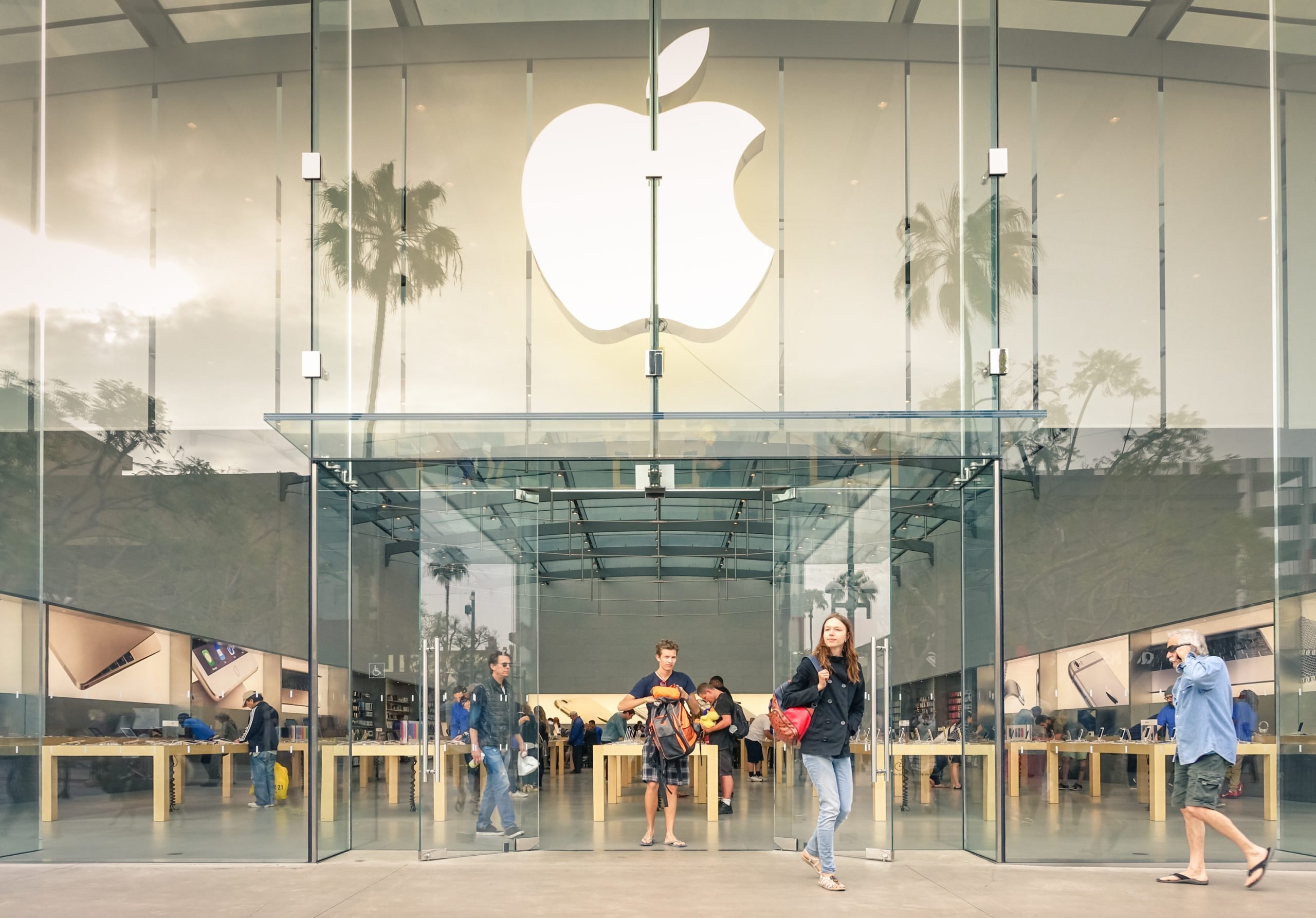 We’ve learned a lot about Apple founders Steve Jobs and Steve Wozniak over the years, as the tech company changed the way we live and do business. But there was a third founder of the giant who at one time owned 10 percent of the company and his name is Ronald Wayne. Wayne was an Apple founder for just 12 days before deciding to sell his share to Jobs and Wozniak for a mere $800. Unfortunate considering the company is worth $1 trillion, according to NBC News. 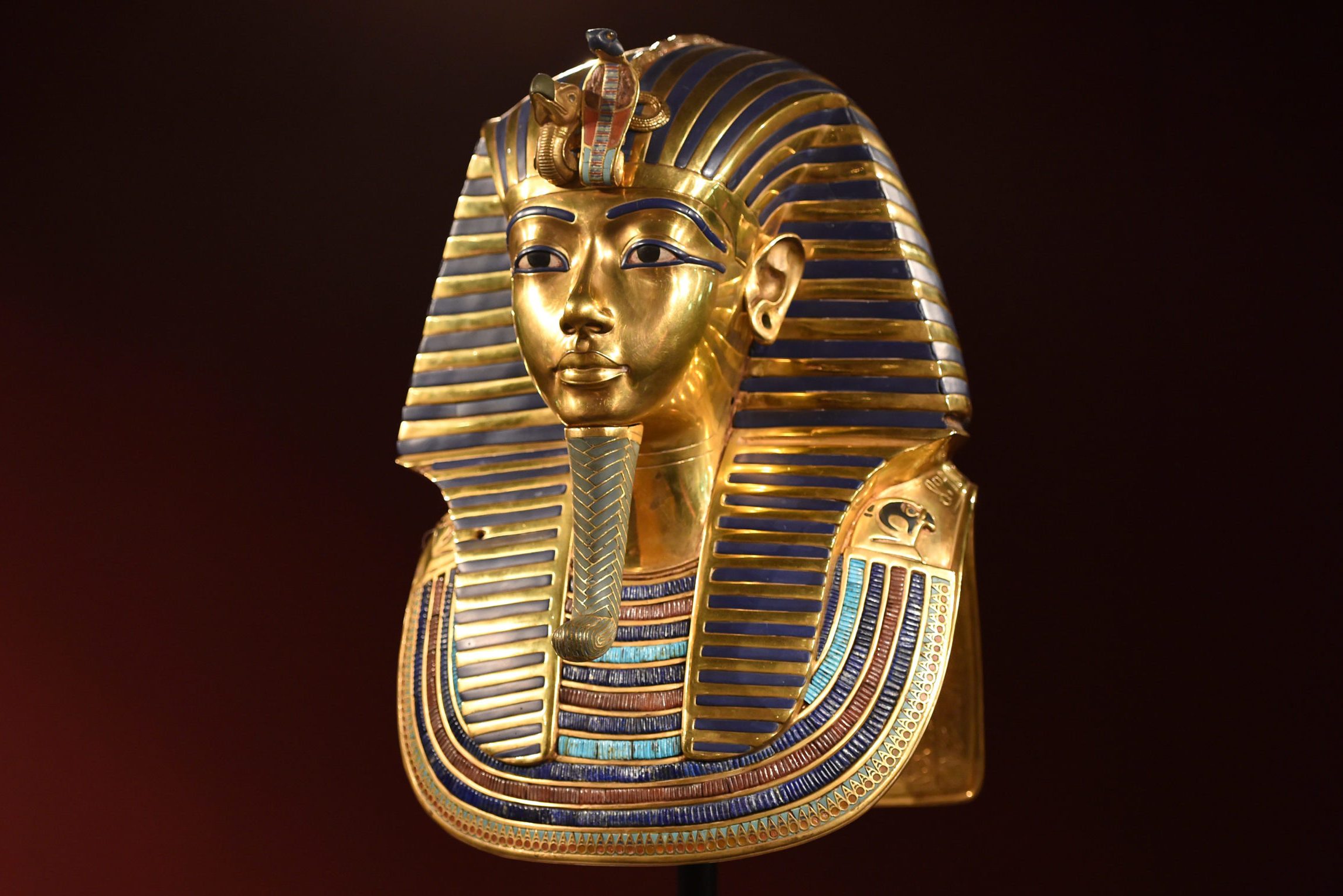 Ancient artifacts are priceless and curators go to great lengths to keep these irreplaceable items in exceptional condition. In 2015 a funeral mask belonging to King Tutankhamen was damaged at the Egyptian Museum in Cairo after its beard started coming loose. In an interview with the Associated Press, a curator admitted the restoration process didn’t go as planned. “Unfortunately he used a very irreversible material,” they said of the would-be fixer. “Epoxy has a very high property for attaching, and is used on metal or stone—but I think it wasn’t suitable for an outstanding object like Tutankhamen’s golden mask.” We all make mistakes—and this is the best way to handle failure, according to science.

The last thing an architect wants to hear is their structure being referred to as “the wobbly bridge,” but that’s exactly what happened in London when the Millennium Bridge was unveiled in June 2000. It was shut down after only two days of use because the number of pedestrians using it (which, by the way, was its purpose) caused the bridge to shake and sway. It took two years of modifications for it to stop swaying and for the Millennium Bridge to reopen.

You’ll be hard-pressed to find a school in the United States that couldn’t use more funding, which is why it was heartbreaking when a clerical error caused the state of New Jersey to lose $400 million in federal funding for education. The money would have come from “Race to the Top” funding, but the state lost points in its bid for the coveted dollars because they didn’t supply the appropriate data required, including budget information comparing the 2008 and 2009 school years. Next time you make a mistake of any proportion, you’ll want to know this advice on how to bounce back from failure.

Air travel is expensive for customers looking to book a getaway, but it was in 2006 when the airline Alitalia found itself stuck with the bill when a typo on their website allowed for $39 flights from Toronto to Cyprus (it was supposed to read $3,900), definitely one of the most expensive typos in the world. Two-thousand tickets sold before Alitalia could correct the price online. Instead of fighting customers on their mistake, they chose to honor the cheap tickets to the tune of $7 million.

When an oil rig operated by Texaco drilled too far into the ground in Louisiana, it resulted in the collapse of salt pillars holding up Lake Peigneur. A sinkhole formed and the lake went from just 6-feet deep to a monstrous 200-feet. Texaco paid $44.8 million for the incredibly costly and troubling mistake.

It’s hard not to think of the sinking of the Titanic when considering the most expensive mistakes in history. In 1912 the monetary loss of the ship, which was on its maiden voyage when it sank, was $7.5 million. According to Business Insider, that would be the equivalent of $168 million today. This doesn’t even account for the lives lost during the heartbreaking event. Check out the worst mistakes in sports history.

You can’t fit a square peg into a round hole and you really can’t fit wide trains onto narrow railways. This was the lesson learned by SNCF, a French train company, after purchasing 2,000 trains for $20 billion. Turns out they were too wide to fit into the majority of train stations for which they were intended to travel. The company had to shell out another $68 million to widen train platforms in an effort to make the trains fit.

While many of us are still trying to make heads or tails of Bitcoin, investing in the digital currency during its humble beginnings would prove to be a big payoff now. Sadly for James Howells, an IT worker in Wales, he lost his stash of 7,500 bitcoins when he trashed his hard drive. The collection would have been worth $127 million today, according to CNBC. These are the grammar mistakes editors hate the most. 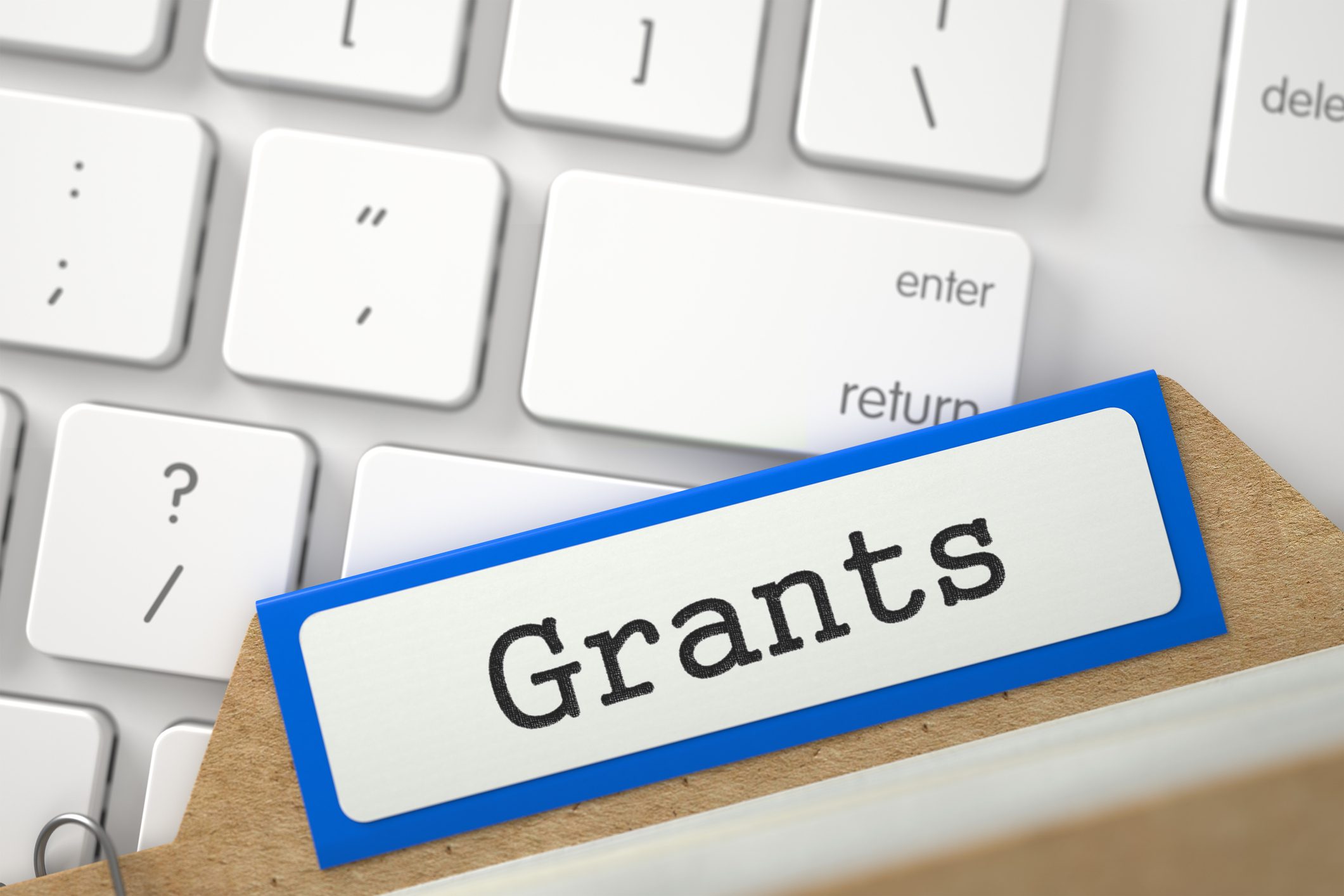 Money can go a long way, especially when it comes to education. That’s what made “Race to the Top,” a $4.35 billion educational grant from the U.S. Department of Education so special. New Jersey was so close to getting that grant, until an application error led to them falling 3 points short of winning, according to NJ.com. Turns out when they were filling out the application, the administrators responsible used data from 2011 instead of 2009 as the application required. 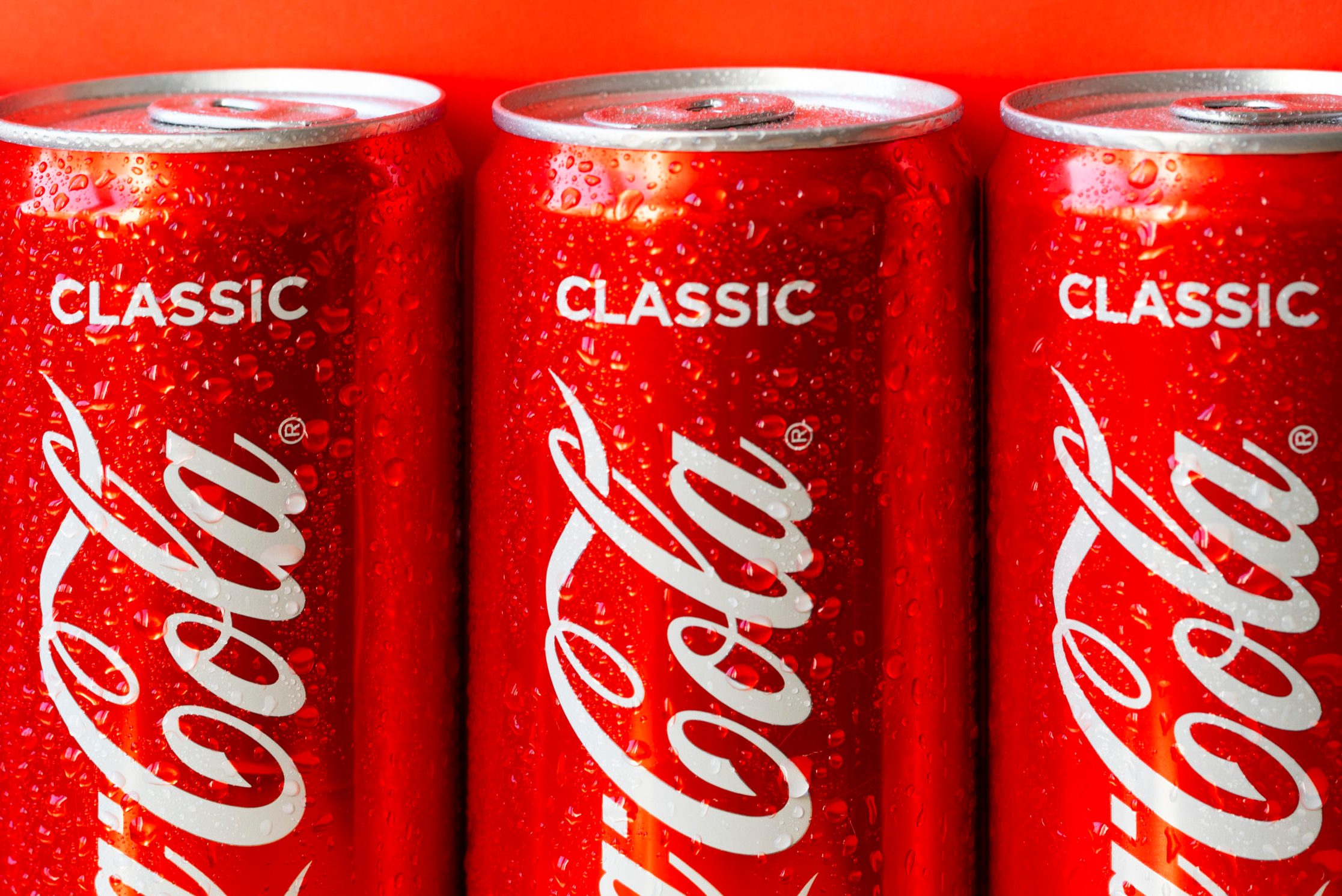 Coke has a classic, timeless flavor that they don’t change all that much—and for due reason. In 1985, believing that they could use a new flavor to compete with Pepsi, Coke came up with “New Coke”, a significantly sweeter tasting soda. Despite their ambitious intentions, according to History.com, the flavor was such a failure that it led to rising stocks for their competitors. But not all mistakes are as bad as this one, as these 14 ironic “failures” of wildly successful people prove.