Worried about job security? These are the jobs that companies desperately need to fill in the new year and beyond. 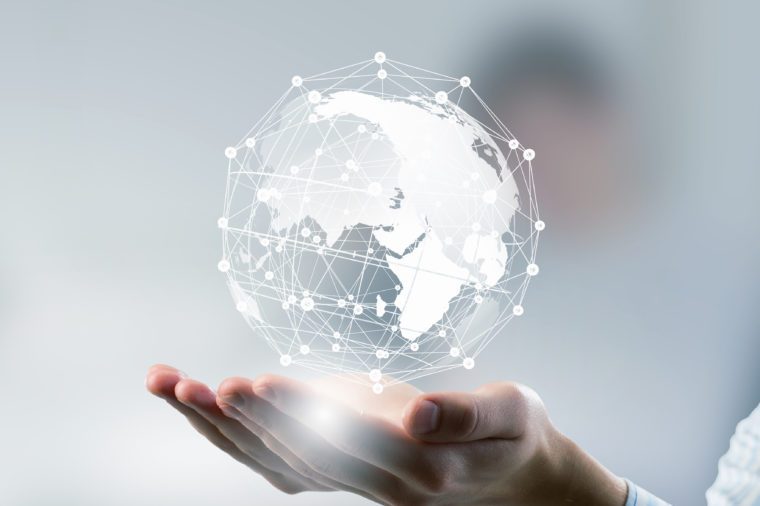 Jobs with a bright future

As we all know, the world is becoming ever more tech-centric, and as a result, many of the in-demand jobs for 2020 have a technological element. But not all of them require JavaScript knowledge or for you to sit in front of a screen for eight hours a day. We spoke to some prominent CEOs and hiring managers throughout the country and found out which jobs are going to experience a boom in 2020. If you currently have one of these 18 jobs that might disappear in the next 25 years, you might want to consider a career change. 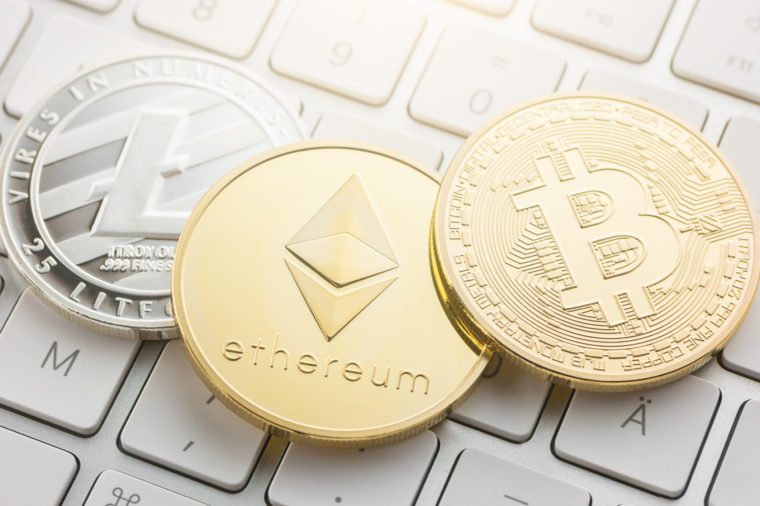 Jordan Bishop, VP of Human Resources at Yore Oyster, believes that blockchain developers will be among the biggest in-demand jobs of 2020. He says this is because “major developments in cryptocurrency infrastructure will require a huge investment in development talent and oversight.” In fact, there will likely be a surge in demand in the spring. “On May 20, 2020, Bitcoin will undergo its third halving, which means half the number of Bitcoins will be generated from mining every ten minutes,” he explains. “This exact procedure had a massive impact on the price and uptake of Bitcoin in 2016, so there’s a good chance it will do so again, leading to an incredible need for blockchain developers and legislators.” Blockchain didn’t even exist until a few years ago, and that’s the case with many new jobs, like these 15 cool jobs you could have in the future. 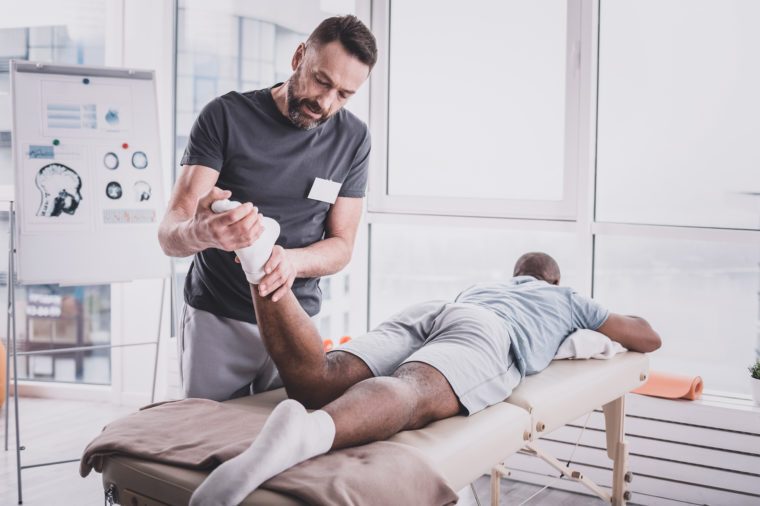 The demand for physical therapists increased in 2019 and the demand curve will go exponentially higher in 2020, says Martin Luenendonk, the co-founder and CEO of Cleverism. “A few years back, when technology was not advanced, people used to do their tasks manually, which kept their bones, muscles, and joints strong,” he explains. This has changed as we zoom into the future and now there is a bevy of machines making our life easier. While this is exciting, it is severely affecting our health because physical activities have been diminished. “Today, people require physical rehabilitation, pain management, and mobility assistance to function properly,” says Luenendonk, “so physical therapists, already ranked 20th in the 100 Best Jobs, will be in demand even more in 2020.” Thinking of switching careers? Here are the highest-paying jobs in every state. 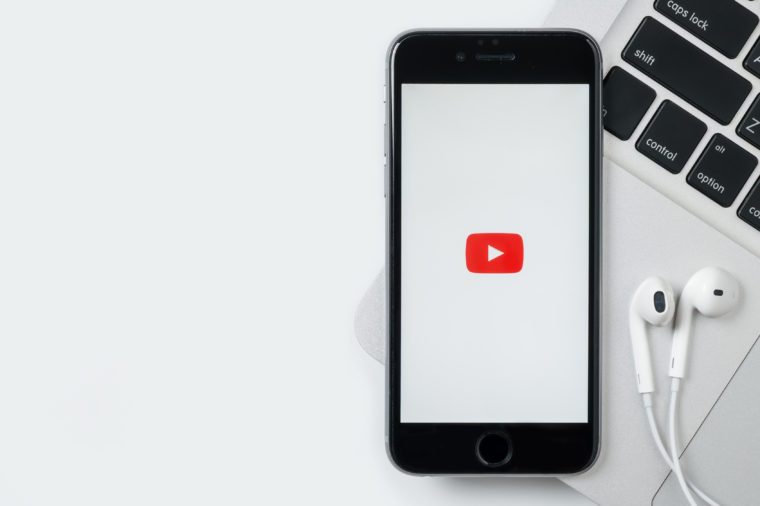 If Steve Pritchard, CEO at Checklate, is correct, we will see a huge demand for jobs and careers in the digital and video marketing space in 2020. “The demand is already high for roles in this part of the marketing industry but is likely to increase even further as video becomes more and more popular,” he explains. “After all, video is continually being used as a CTA (Call to Action) to engage online users in a way that content can’t always deliver alone, especially in a fiercely competitive industry.” Video content is here to stay, but these 5 jobs will be extinct within the next 10 years. Is yours on the list? 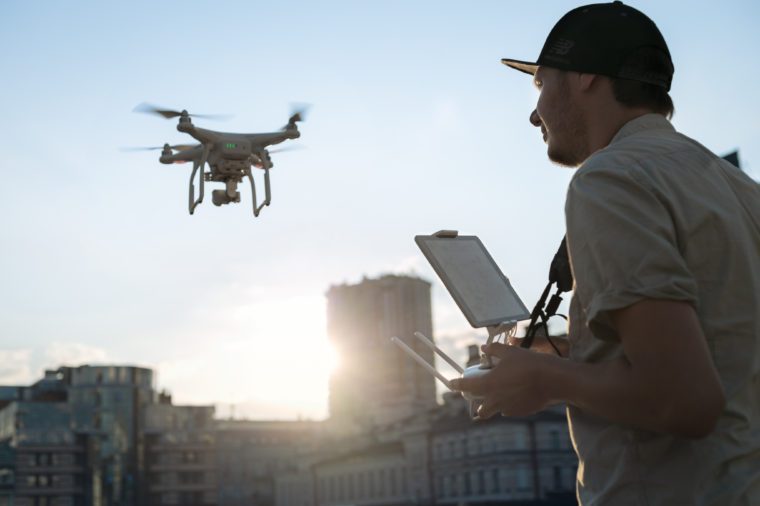 Execs at SkyOp believe that the field of commercial drone pilots is ready to explode—and with good reason. The company, which has a new STEM curriculum that’s qualifying high school juniors and seniors to fly commercial drones, notes that “while the need for commercial drone pilots has grown in recent years, the Federal Aviation Administration is predicting the demand for commercial UAV pilots will quadruple by 2020, with more than 300,000 new pilots needed to meet future demand.” Thanks to SkyOp training, high school students will be able to access these high-paying jobs right after graduation. Drone piloting is an extremely new profession. Here are 10 more fascinating jobs you never knew existed. 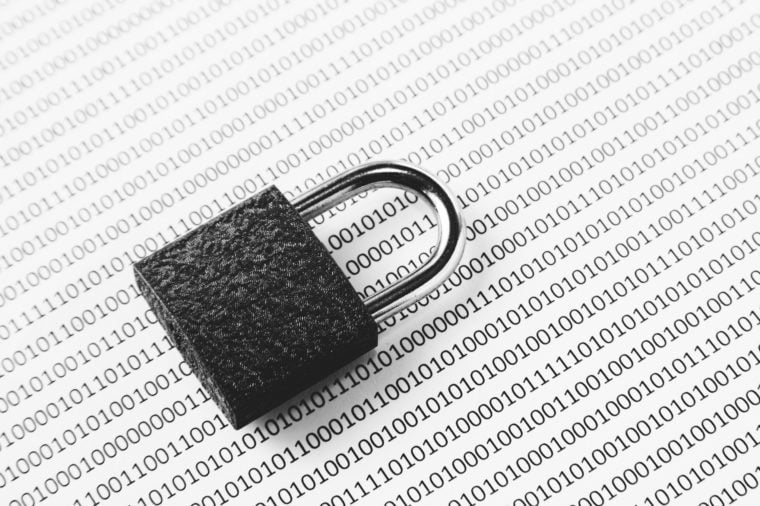 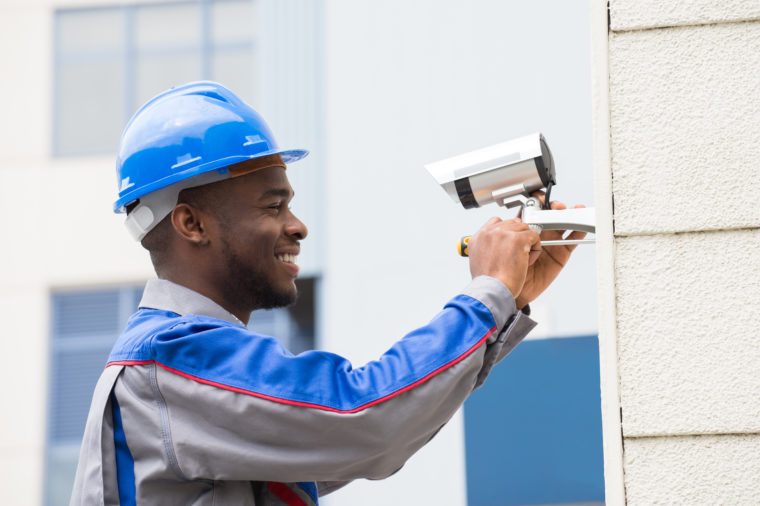 Also under the umbrella of cybersecurity are security, fire, and service technician positions starting above $20 an hour for those with a high school degree or some technical school credits under their belt. This in-demand job for 2020 involves the installation of security systems, burglar alarms, fire alarms, access control, and CCTV. Varco expects to hire 500 workers like this by the end of 2020 and notes that these employees can work their way up to a six-figure salary. Here are more jobs you can land without a college degree. 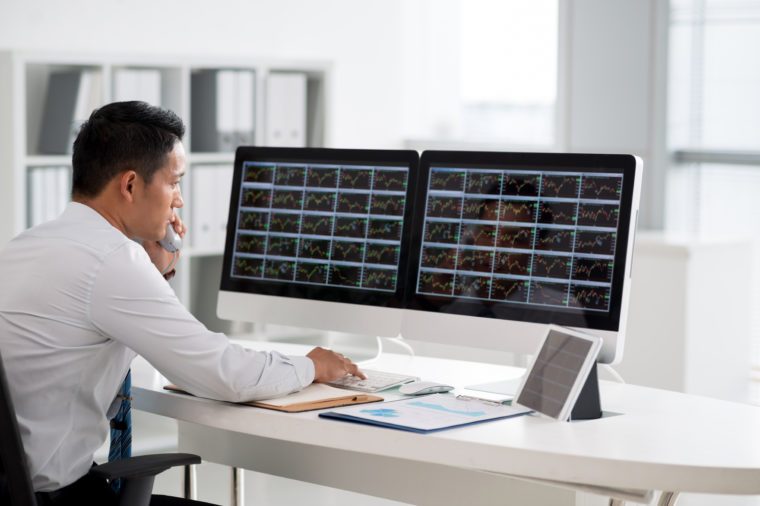 From what Rohit Arora, CEO of Biz2Credit, has observed, the financial sector’s average job growth will outpace that of other industries. His viewpoint is backed up by the Bureau of Labor Statistics, which has shown that jobs in financial services will grow 11 percent by 2026. According to Arora, whose company is behind the fintech product Biz2X, which uses cutting-edge technology to help retail banks build their business-loan portfolios, this growth will be focused on the technological side of the financial-services business as “companies like Goldman Sachs and HSBC are fighting for tech talent, with almost one in four employees at brands like those (Goldman specifically) already in tech.” He expects a war for talent between tech and financial services over the next five years, which will put qualified applicants in a great position to land in-demand fintech jobs. 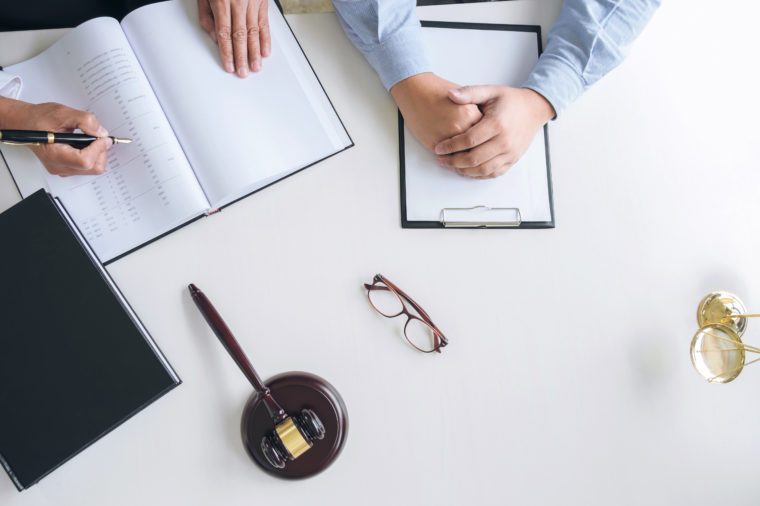 This is a three-for-one offering from Brandi Britton, district president of Robert Half. She remarks that lawyers, paralegals, and legal support staff with three-plus years of experience in active practice areas such as litigation and commercial law will be highly sought after next year. “These positions are being sought by law firms and corporate legal departments as litigation is driving much of the hiring within the legal field,” she says. “Commercial litigation, insurance defense, and employment law [are] offering the greatest number of job opportunities at law firms and companies in the coming months into 2020.” Want one of these in-demand jobs in 2020? Try adding these words to your résumé. 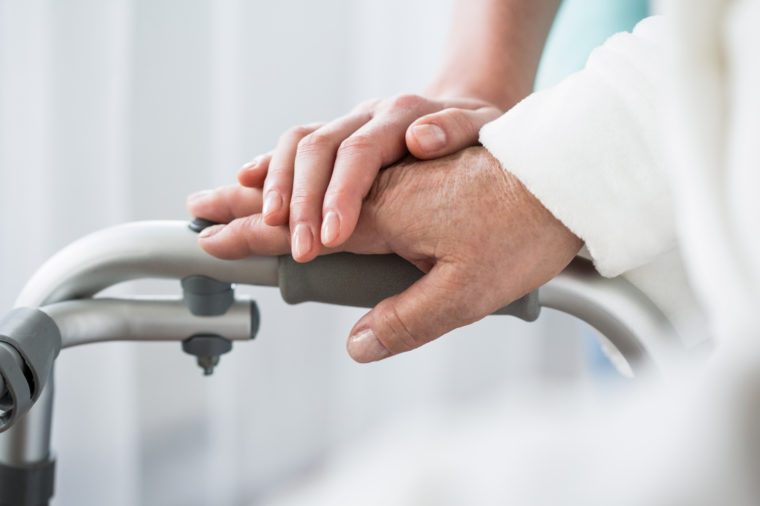 As the elderly population continues to grow, the U.S. Department of Health and Human Services estimates that someone turning 65 now has an approximately 70 percent chance of needing some type of long-term care services during the rest of his or her life. “As long-term care services and support shift from nursing homes and care facilities to private homes, the supply-and-demand gap for at-home care workers will increase,” says Mike Flair, VP of Franchise Business Solutions at Right at Home, a company of in-home senior care providers. “By 2026, the fast-expanding home-care population will need 4.2 million more home-care workers. A direct-care occupation is a highly regarded career opportunity.” Here are more recession-proof jobs that will survive the next economic downturn. 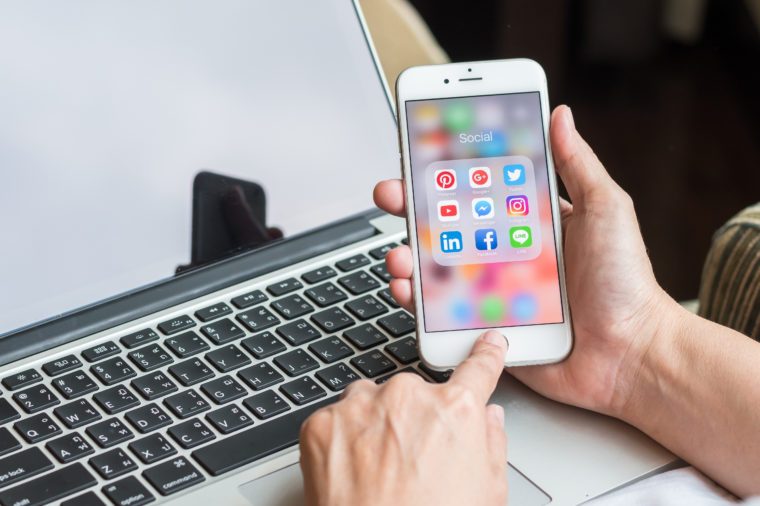 “Marketing automation, growth marketing, and social-marketing influencer are just a few of the jobs that didn’t exist even five years ago,” says Debora Rowland, VP of Human Resources at CareerArc. “And yet, they are now primary roles to any thriving business!” Because people who have been in the marketing game for many years are having to retool their skill sets to stay relevant, Rowland believes that it is a great time for college students to embrace these types of professions and punch their ticket to a career. But if you’re going into this field—or, really, any other—beware: This is how social media could sabotage your career. 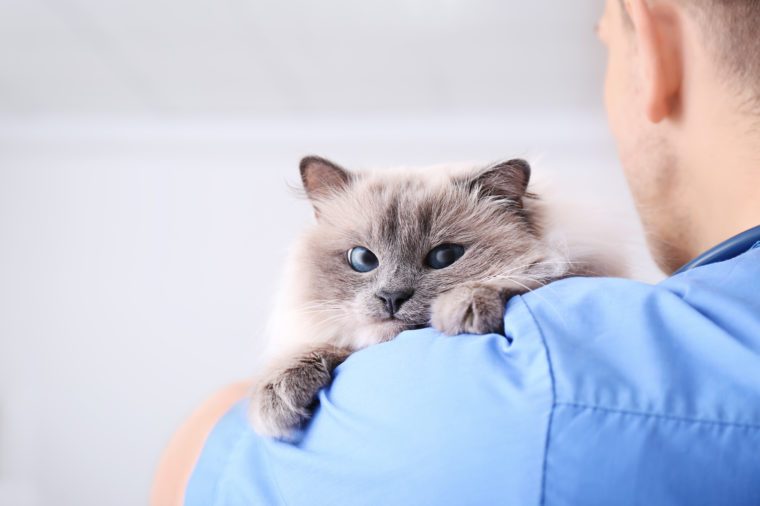 Another three-pack of in-demand jobs as we hurtle toward 2020 comes from Heather Ishikawa, SVP at Caliper. “The business of animals continues to grow, and in the United States, people often treat their pets like family members,” she says. As a result, it makes sense that the need for professionals to care for these furry family members will be in demand. Plus, according to Ishikawa, Americans are “more likely to proactively seek veterinary care and are opting for surgeries and procedures to extend the duration of quality of life of their pets.” If you love animals, this could be the perfect career path for you. Here’s how to turn your hobby into a career. 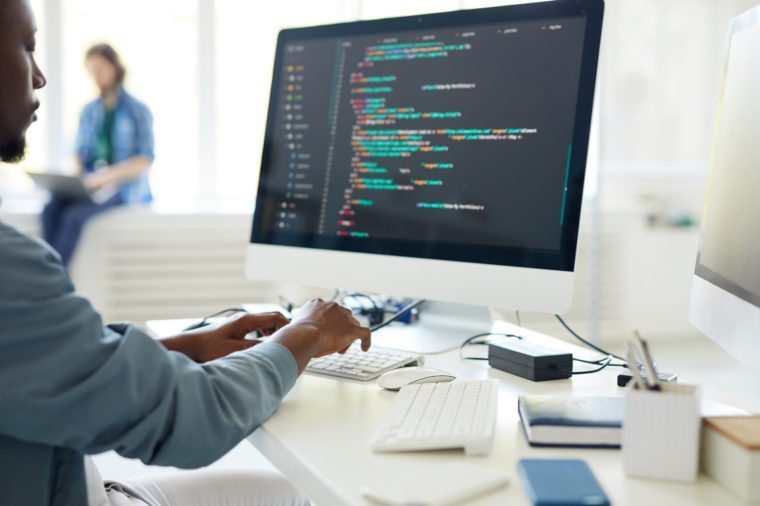 You might be surprised to learn that you don’t have to work at a tech company to have one of these in-demand tech jobs. “Sure, tech companies like Amazon, Microsoft, and countless tech startups are hiring these in-demand tech positions about as fast as they can,” says Ilya Brotzky, CEO of VanHack, which has helped companies in North America hire more than 750 tech professionals from around the world. “But as we approach 2020, this is not confined to the tech sector because pretty much every company is now a tech company.”

As a result, companies are hiring tech teams to start up and scale up. That’s why senior developers for many different coding languages (such as JavaScript, Python, and Ruby), computer engineers, data scientists, and DevOps analysts are the top in-demand jobs for companies from coast to coast. Brotzky also points out that restaurants, banks, retailers, media companies, and publishers—really, any business you can name—has a website, probably a couple of apps, perhaps an online store, as well as forums and online communities. Because of the role technology plays in modern business, she says, “they all need seasoned tech professionals.” When you’re up for that next big job, make sure you know how to answer the 11 hardest interview questions.