Say These 9 Words, and We’ll Tell You Where You Grew Up

If said a certain way, these words and phrases are a dead giveaway to where you're from. 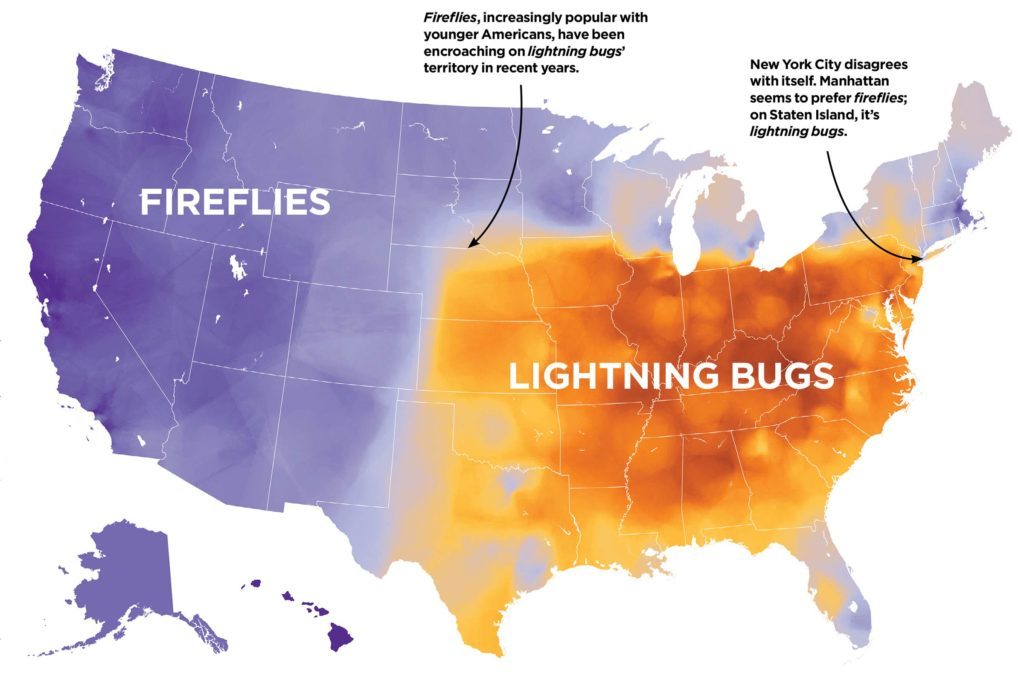 What we call insects that glow at night

Some words are like out-of-state license plates—they’re dead giveaways that you’re not from around here. Just try rhyming aunt with can’t in parts of the Northeast or Upper Midwest (you cahn’t) or ordering a sub in Philadelphia, the epicenter of hoagie country. Not convinced? Check out this list of 13 foods that have totally different regional names.

In recent years, linguists have pondered whether the homogenizing effects of TV, film, and the Internet have begun to eliminate many so-called regionalisms. To find out, I surveyed Americans about how we talk for my book, Speaking American. The good news, based on the 350,000 responses received: American English shows no sign of disappearing. So slip off your sneakers (more on that later), grab a soft drink (ditto), and let’s take a tour of Americanisms. Find out if you’re like the rest of us and mispronounce these common words, too. 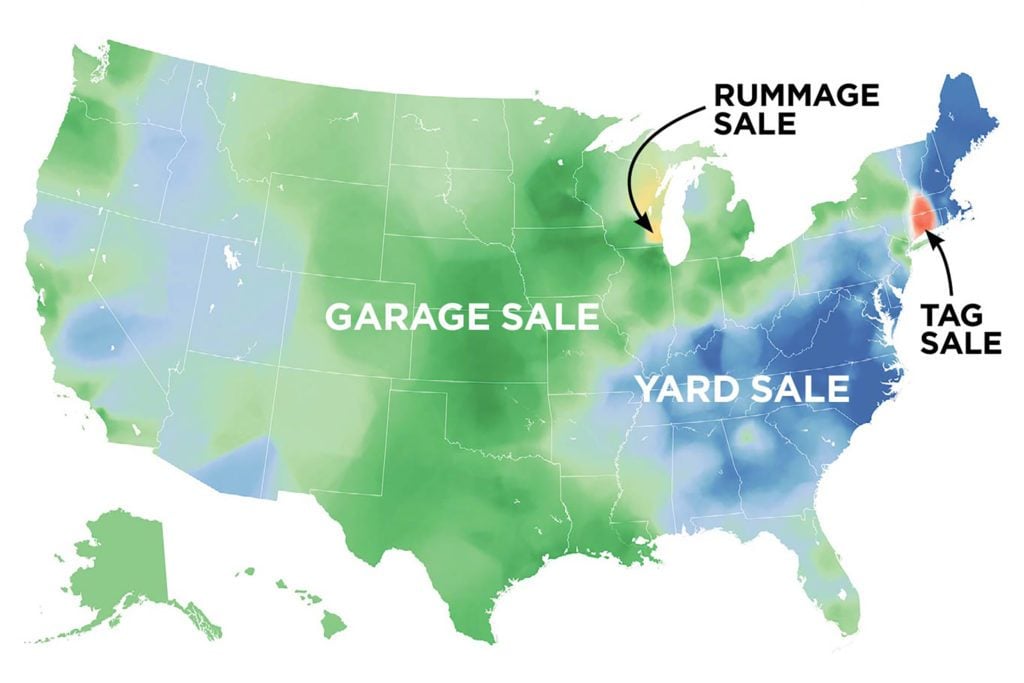 What we call a sale of household items

Calling it a “tag sale” or “rummage sale” are dead giveaways you’re either from western Massachusetts or Connecticut or eastern Wisconsin. If you want to sound smarter, make sure you use these fancy words in conversations. 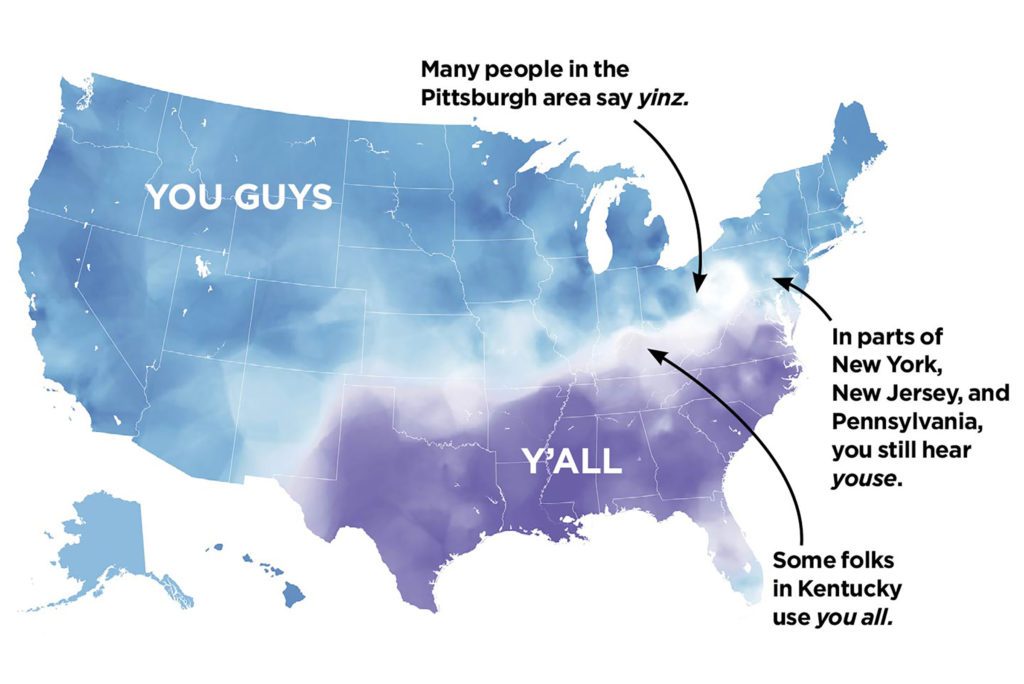 How we address a group of people

All are synonyms for “everybody.” Here’s the most misused word in the English language. 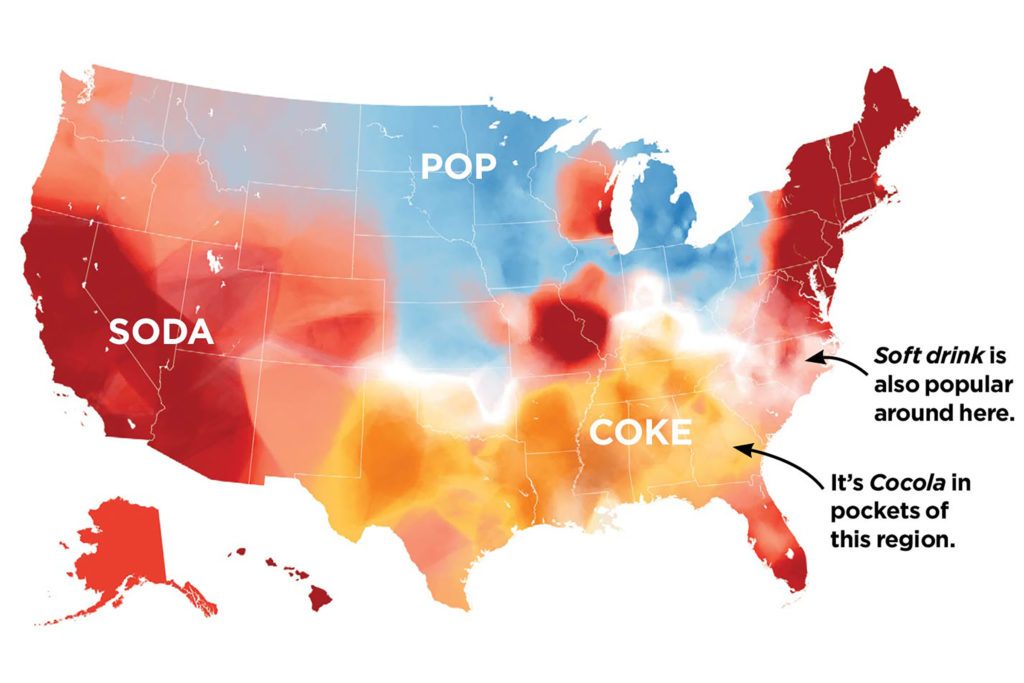 What we call carbonated beverages

Americans seem to be divided on what to call their favorite carbonated beverage. Don’t miss these other foods given different names in certain parts of the country. 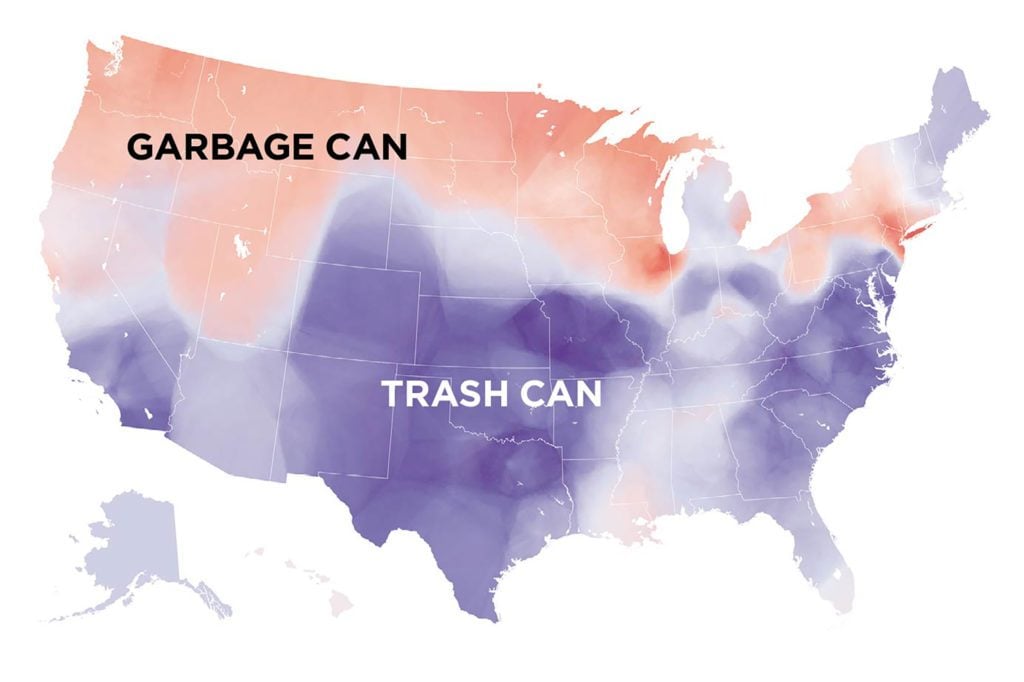 Where we throw our trash

The Pacific Northwest holds strong in its use of “garbage can” while those in the southern part of the country prefer “trash can.” Find out the longest word in English. 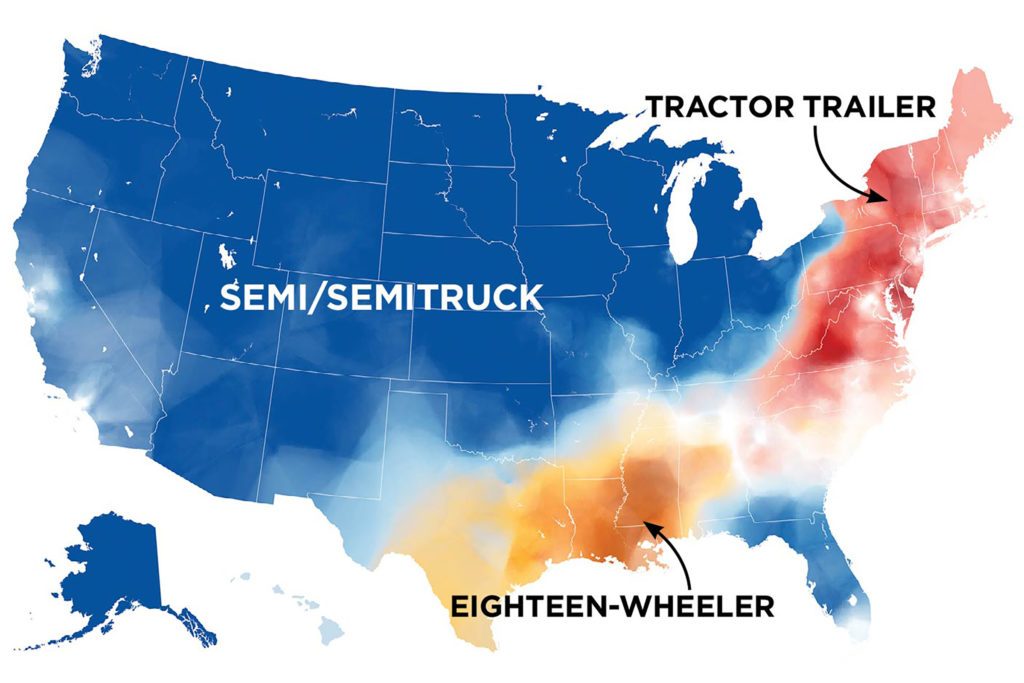 What we haul freight in

The terms “semi” and “semitruck” have taken a hold in most of the United States. See if you know these words from the thesaurus that will impress English majors. 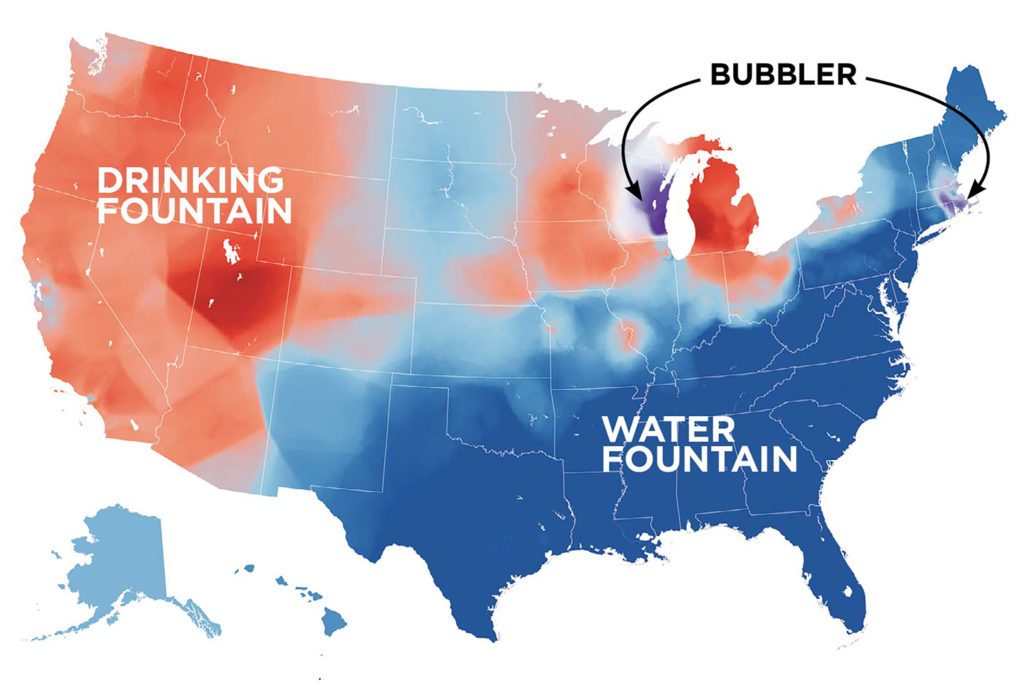 What we drink from in public places

Only certain parts of New England and Wisconsin trend toward using the term “bubbler.” Here are 75 funny words that sound fake but aren’t. 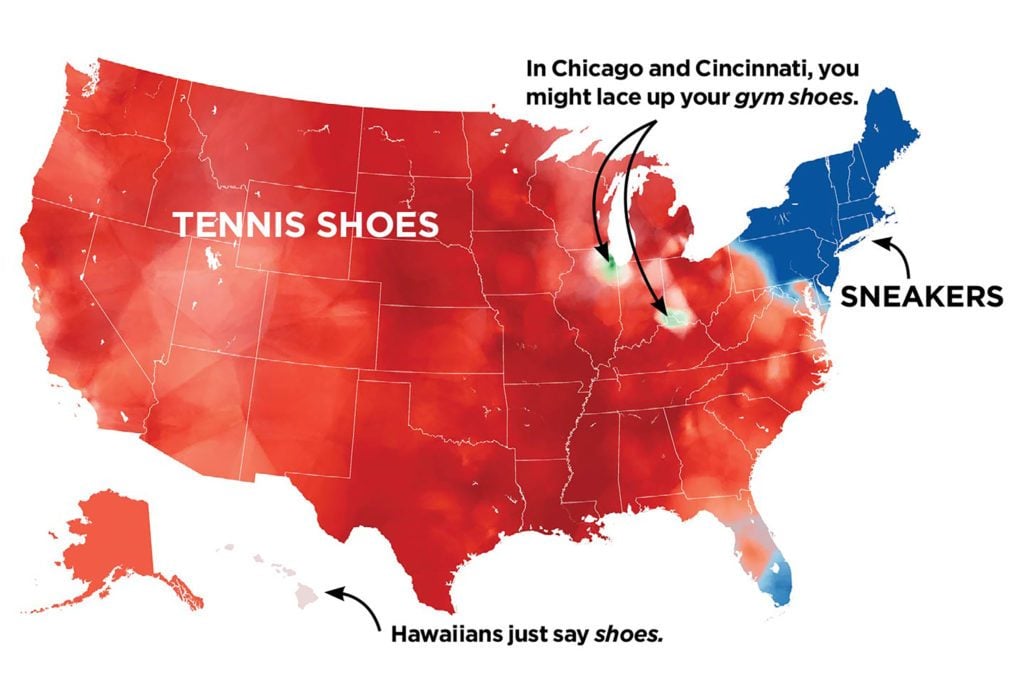 What we call athletic footwear

There might be confusion if people from the Northeast region of the country go elsewhere to buy athletic footwear. Take a look at these palindrome words that are the same spelled backward and forward. 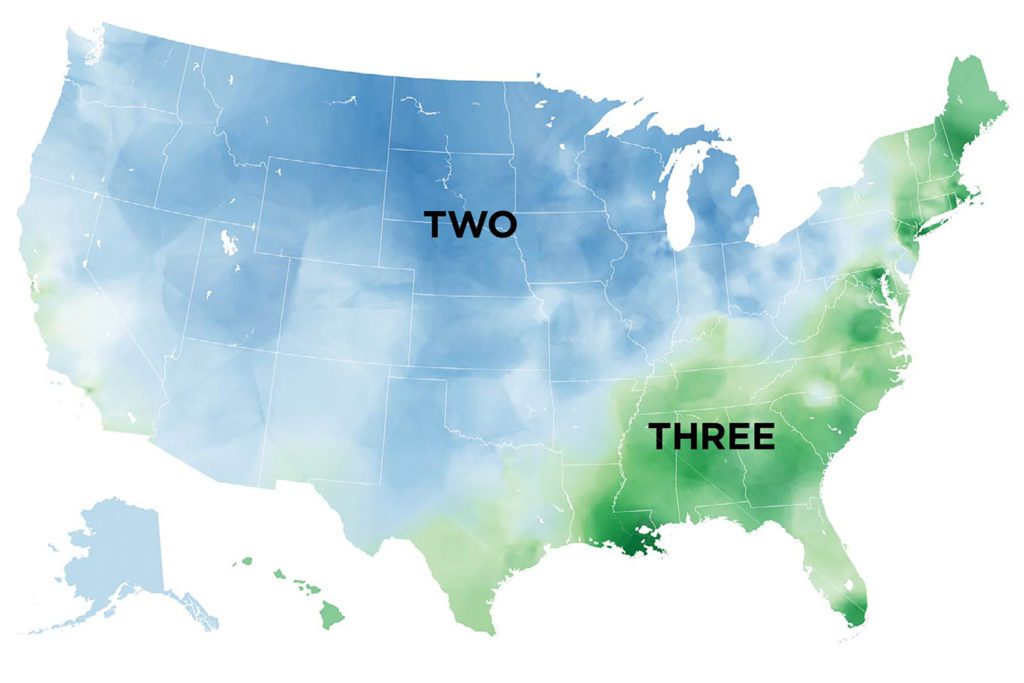 How many syllables in caramel?

The pronunciation of this sweet treat varies wherever you go. Don’t miss these other regional slang words no one outside your state will understand.