And you thought YOUR parents were strict. 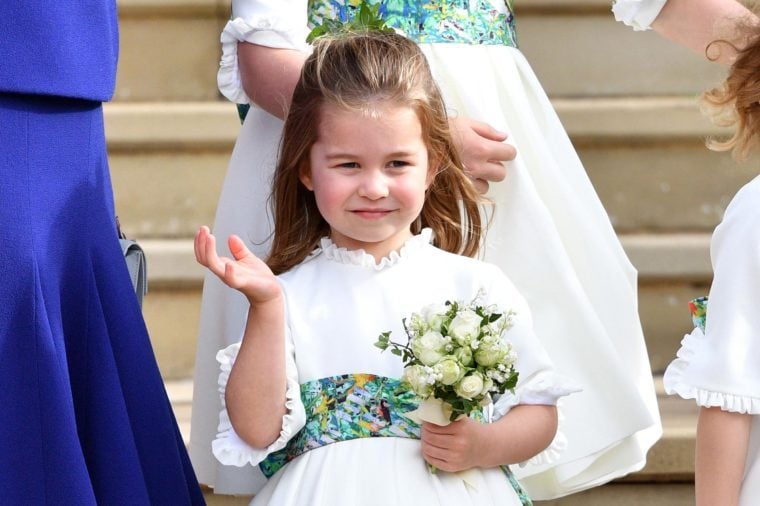 You know that Windsor wave: Keep the hand straight and subtly twist the wrist—and don’t flap with the whole arm. Both Prince George and Princess Charlotte already seem to be mastering how to wave to onlookers. Their current choice of wave is a bit more enthusiastic than the rest of their family’s more delicate style, but they’ll likely tone it down when they’re older. 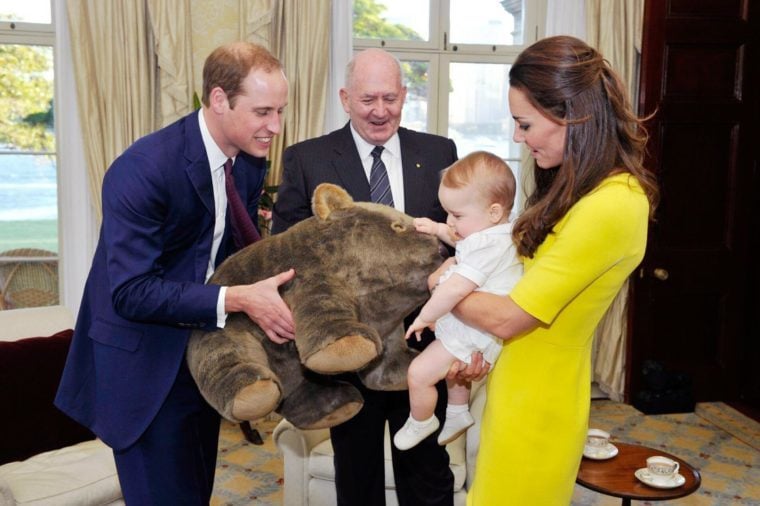 The public loves giving presents like books and stuffed animals to royal children, but the kids might not be able to play with them. According to official royal policy, any gifts received on an official duty aren’t the young royals’ personal property but belong to the queen, who has the final say in what’s kept and what will be donated. Learn 50 more things you never knew about the royal family. 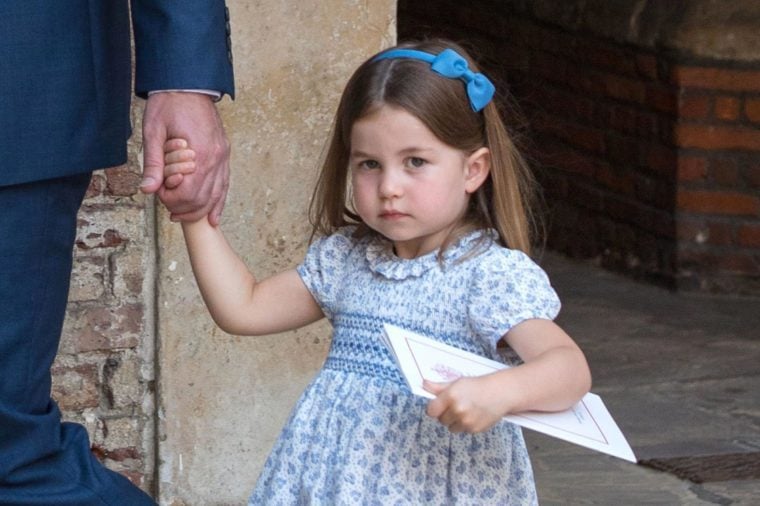 As figureheads for an entire nation, the royal family is expected to be able to speak in foreign tongues during official visits—and that training starts young. Queen Elizabeth II is fluent in French, Prince Charles and Prince William can speak at least six languages between them, and Prince Harry has spoken Arabic during a speech in Dubai. From a young age, royal children are expected to follow in those language-learning footsteps. This is the language Prince George and Princess Charlotte are already learning. 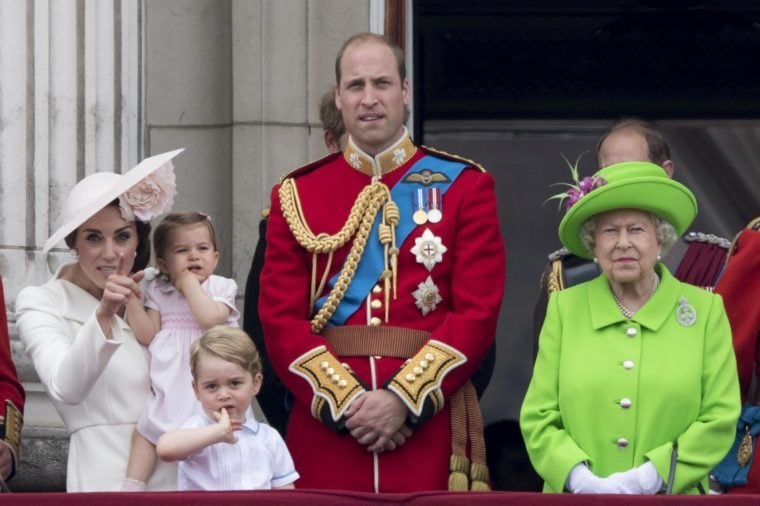 Even senior members of the royal family need to bow or curtsey to the queen, and the youngest princes and princesses are no exception. Royal children are reportedly supposed to start following the rule around age five, though Charlotte was already showing off her curtseying skills to diplomats when she was just two years old. Don’t miss these other 18 etiquette rules the royal family needs to follow. 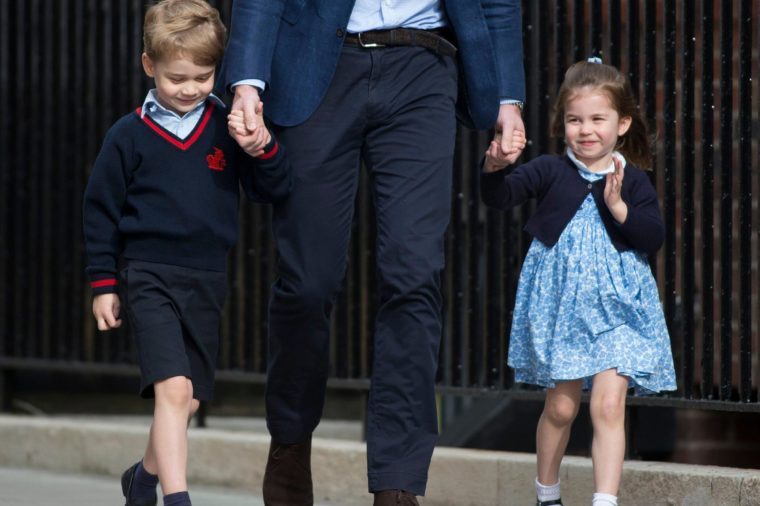 Weather permitting, little boys in the royal family will be in shorts and not pants, even when it’s chilly enough for a sweater. In England, shorts signal higher class for young boys, so the royal family typically keeps their sons out of trousers until they’re about eight years old. 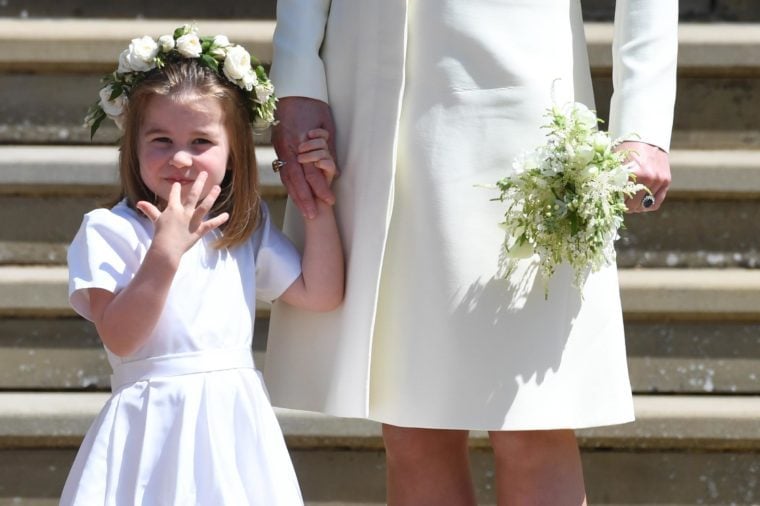 Some little girls like experimenting with bright, sparkly nail polish, but you can bet Princess Charlotte and any future cousins will keep their nails bare. Queen Elizabeth II likes to keep her nails neutral and expects the rest of the royal women to do the same. Find out about 10 other dress code rules the royal family has to follow. 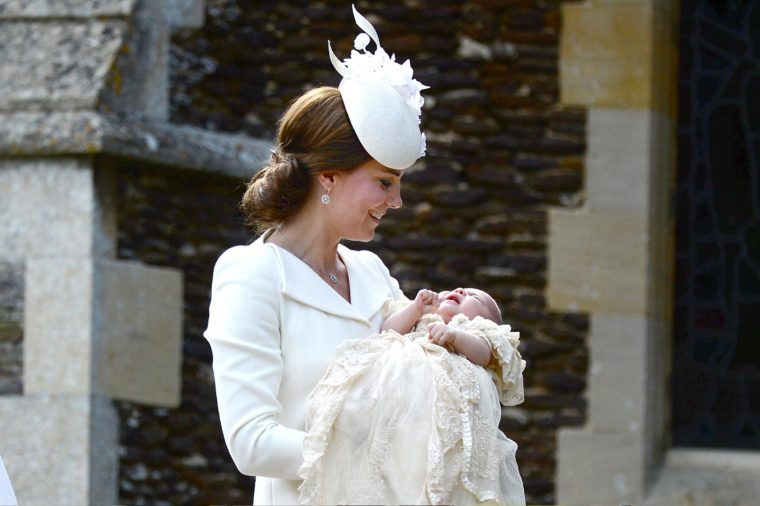 Get baptized in a historic gown

After Queen Victoria was baptized as a baby in 1841, her gown was kept and used for 62 more royal babies’ christenings over the next 163 years. In 2004, the original gown was retired and replaced with a replica. Now, every royal baby must be baptized in the gown that copies Queen Victoria’s. 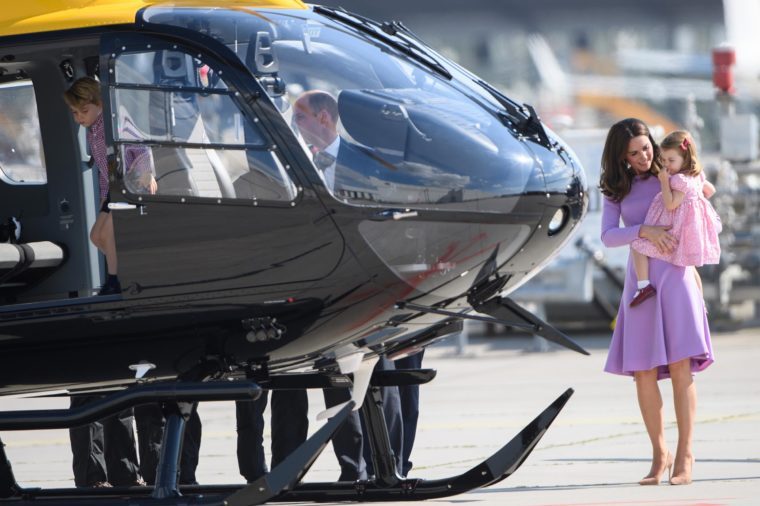 Don’t travel with another direct heir

Traditionally, direct heirs to the throne—such as Prince William, who’s second in line, and his son Prince George, who’s third in line—don’t travel on the same plane together for a cynical reason: If there’s an emergency, it’s best not to put two heirs at risk. Prince William and Kate Middleton have been bucking that unwritten rule with their own kids, but they had to get permission from the queen first. Reportedly, William and George will be split up in planes when the third-in-line turns 12. Check out these other 12 times the royal family broke their own protocol.