18 Etiquette Rules Everyone in the Royal Family Must Follow

From the way you eat to the way you walk down a flight of stairs, here's what it takes to have the manners of a royal.

One of the worst things a woman in the royal family can do—as far as etiquette rules go—is sit with her legs crossed at the knee. Legs and knees must be kept together, although crossing at the ankle is fine. One popular pose is called “the duchess slant,” coined by Beaumont Etiquette and named for the Duchess of Cambridge, Kate Middleton. Her go-to sitting position involves keeping her knees and ankles tightly together and slanting her legs to the side. It keeps her posture modest and makes her legs appear longer. In fact, the late Princess Diana was known to sit the exact same way. And that’s not the only way Kate and Diana were similar; check out these photos of times they nearly wore the same outfit.

Enter the room in order

When the royal family is part of a procession, they enter and are seated in the order of precedence, which is essentially the order of who’s next in line to the throne. The order is Queen Elizabeth II, the Duke of Edinburgh (Prince Philip, Her Majesty’s husband), the Prince of Wales and the Duchess of Cornwall (Prince Charles and his wife, Camilla), the Duke and Duchess of Cambridge (Prince William and Kate Middleton), and so on. Find out 13 more rules the royal family must follow.

Royal curtsies don’t need to reach the floor; simply put one leg behind the other, bend your knees, and bow your head slightly. However, deeper curtsies and long pauses are a sign of respect and formality, for instance, when meeting the queen. Check out these other fascinating facts about Queen Elizabeth II.

The royals have a knack for being fashionable. Princess Diana’s fashion sense was functional but classy, one that many women still copy today. The queen famously wears neon outfits on more occasions than not. Kate Middleton loves different patterns and textures. Yet they all have one thing in common: They dress modestly and for the occasion. In case you were wondering, this is the real reason why Queen Elizabeth wears neon outfits all the time. 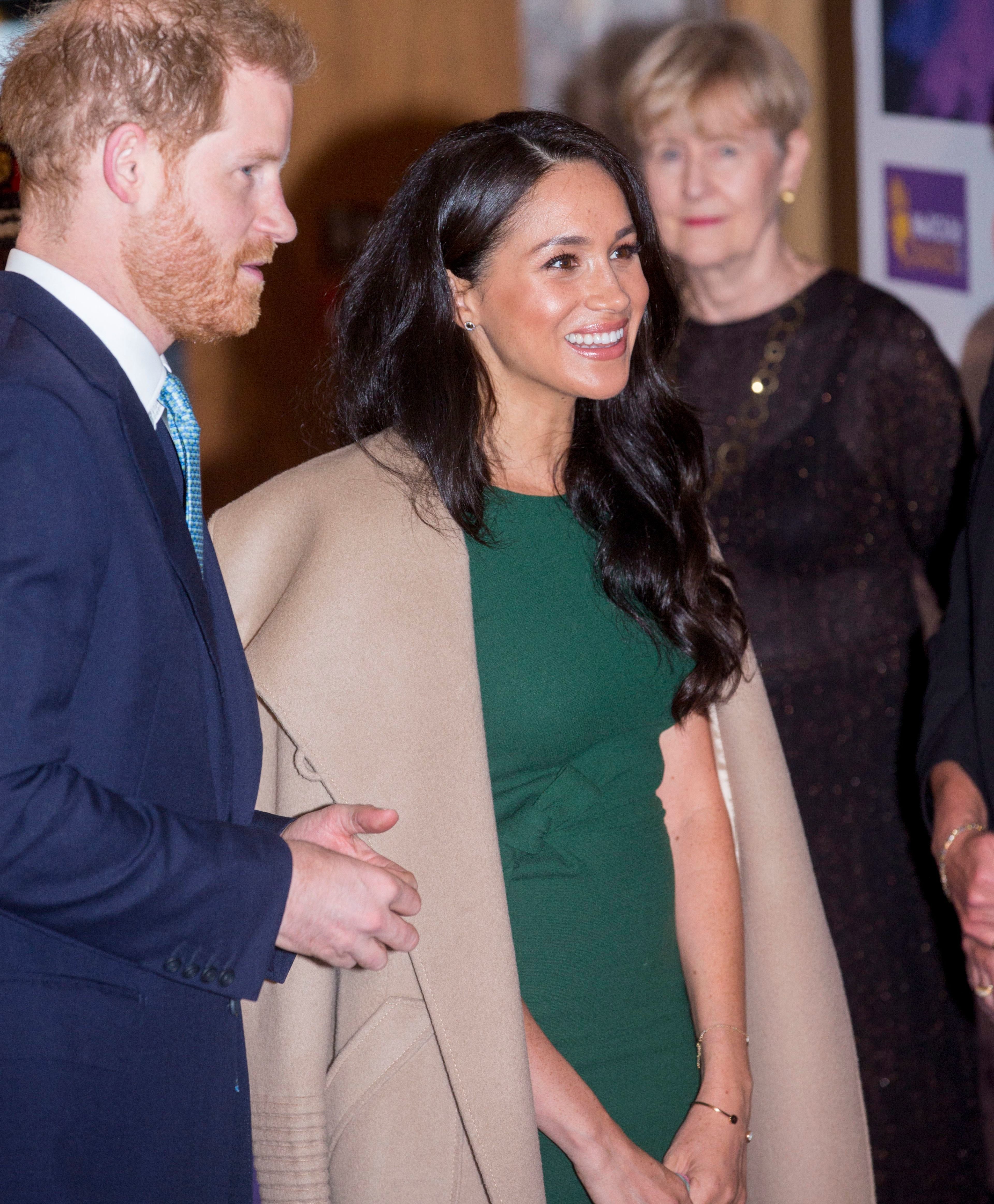 While Queen Elizabeth’s purse is used to send messages to her staff, Princess Diana’s had a different purpose. When she exited a vehicle, she always put a clutch to her chest so she wouldn’t show too much cleavage and give paparazzi the chance at a compromising photo. Learn more about the messages Queen Elizabeth sends with her purse. 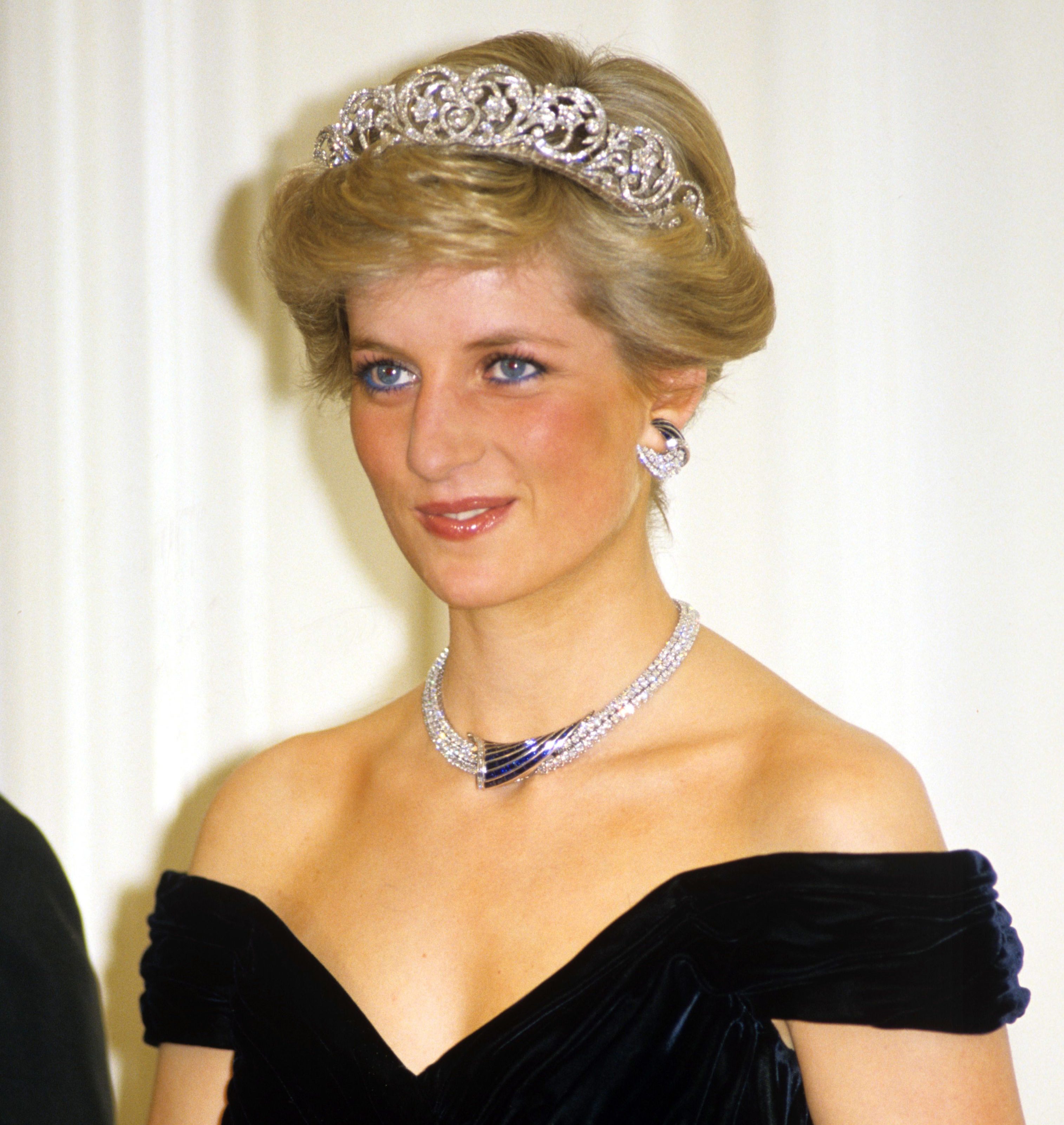 Tiara fashion has changed over the years. In the past, it was worn fairly far forward on one’s head, but the modern style is to wear it farther back, Forbes reports. It should be at a 45 degree angle when viewed from the side. In addition, tiaras are a must for a royal bride’s wedding day. Though that tiara would be from the bride’s family, tradition says that from that point on, she would be expected to wear the groom’s jewelry as a sign that she was now part of his family. However, this custom has fallen by the wayside. The last time it happened was when Lady Diana Spencer married Prince Charles. Here are 10 more dress code rules everyone in the royal family must follow.

Yes, as in the classic board game. In 2008, the Leeds Building Society gave Prince Andrew (the Duke of York and Queen Elizabeth’s third child) the game as a gift, but he responded, “We’re not allowed to play Monopoly at home. It gets too vicious.” Which leaves us and the entire world with so many questions about how competitive the royal family really is. That rule might seem strict, but there are also laws Queen Elizabeth doesn’t need to follow.

Hold utensils in the correct hands

You may not put much thought into how you cut your food, but the royal family takes dining etiquette very seriously. They hold knives in their right hand and forks in their left with the tines facing down. Instead of stabbing their food, they balance food on back of their forks, then bring it to their mouth. Sure, it’s proper, but it sounds like it turns eating into an acrobatic feat. Did you know that the royal family has these 9 bizarre eating habits?

The royals love their tea time, etiquette expert Myka Meier told PEOPLE. So it’s especially important that they hold their cups correctly. They use their thumb and index finger to hold the top of the handle, while the middle finger supports the bottom. They also sip from the same spot so the entire rim doesn’t have lipstick stains. If you’re more of a coffee drinker, protocol is to loop your index finger through the handle. And when in doubt, NO pinkies out. That’s too pretentious, even for royals. Find out which 10 myths about the royal family just aren’t true.

Leave the table without a fuss

If royals need to use the restroom during a meal, they don’t announce their intentions. They simply say, “Excuse me,” and leave it at that. If they’re not done eating, they cross the utensils so wait staff know not to take the plate. When finished with the meal, they place utensils at an angle, putting the handles at the bottom right of the plate (like 4:20 on a clock). Find out the two etiquette rules you need to abide by if you eat dinner with the Queen.

Fold napkins in half

This rule is for keeping face, specifically a clean one. When they wipe their face and hands at the table, they do so inside the fold so their clothes don’t get dirty. Don’t miss these 12 times the royal family broke their own protocol.

Stop eating when the queen does

Queen Elizabeth gets to set the pace at every meal. As soon as she takes her last bite and puts down her fork, everyone else has to follow her lead, whether or not they’re full too. Find out the strict rules royal children must follow.

They say your handshake reveals a lot about your personality. So if you want to act royal, here’s the breakdown of the official (kind of) royal handshake: Keep direct eye contact with the person in front of you, grasp their hand firmly but not painfully, shake for one or two pumps (no more!), and shine a royal smile. Find out the royal “rule” Kate Middleton has been breaking since the beginning.

Men in the royal family put out a helping hand when their spouses go down a flight of stairs, especially at formal events. The women keep their chins parallel to the ground and hands at their sides. If there’s a banister, they rest a hand on it (rather than grab it) and keep their toes pointed toward the railing while they walk. If you’re lucky enough to meet a member of the royal family, here’s what you should (and shouldn’t) do.

While there’s nothing in the law stopping the royal family from casting a ballot, they’re supposed to remain politically neutral—and that means no voting. Because Queen Elizabeth is the reigning monarch, it would be unconstitutional (but not illegal) for her to vote, but for the rest of the royal family, skipping the election is just a tradition. Find out some more everyday things Queen Elizabeth II has actually never done.

The royal family isn’t allowed to sign autographs because it would increase the risk of having their signatures forged. They also aren’t supposed to take selfies, though the royals have been known to break both rules on occasion. Meghan Markle has definitely broken the autograph rule—as well as these 14 other royal rules.

Wear a hat at formal events

At formal events, women are always expected to don a hat. Queen Elizabeth usually sticks with a wide-brimmed hat, while Kate Middleton and Meghan Markle are more likely to wear a fascinator. Learn about 50 more things you never knew about the royal family.