Women are safer from sharks than men, punching a shark isn't the best defense, and most shark attacks occur during non-summer months. Surprised? Read on for more scintillating facts about shark attacks. 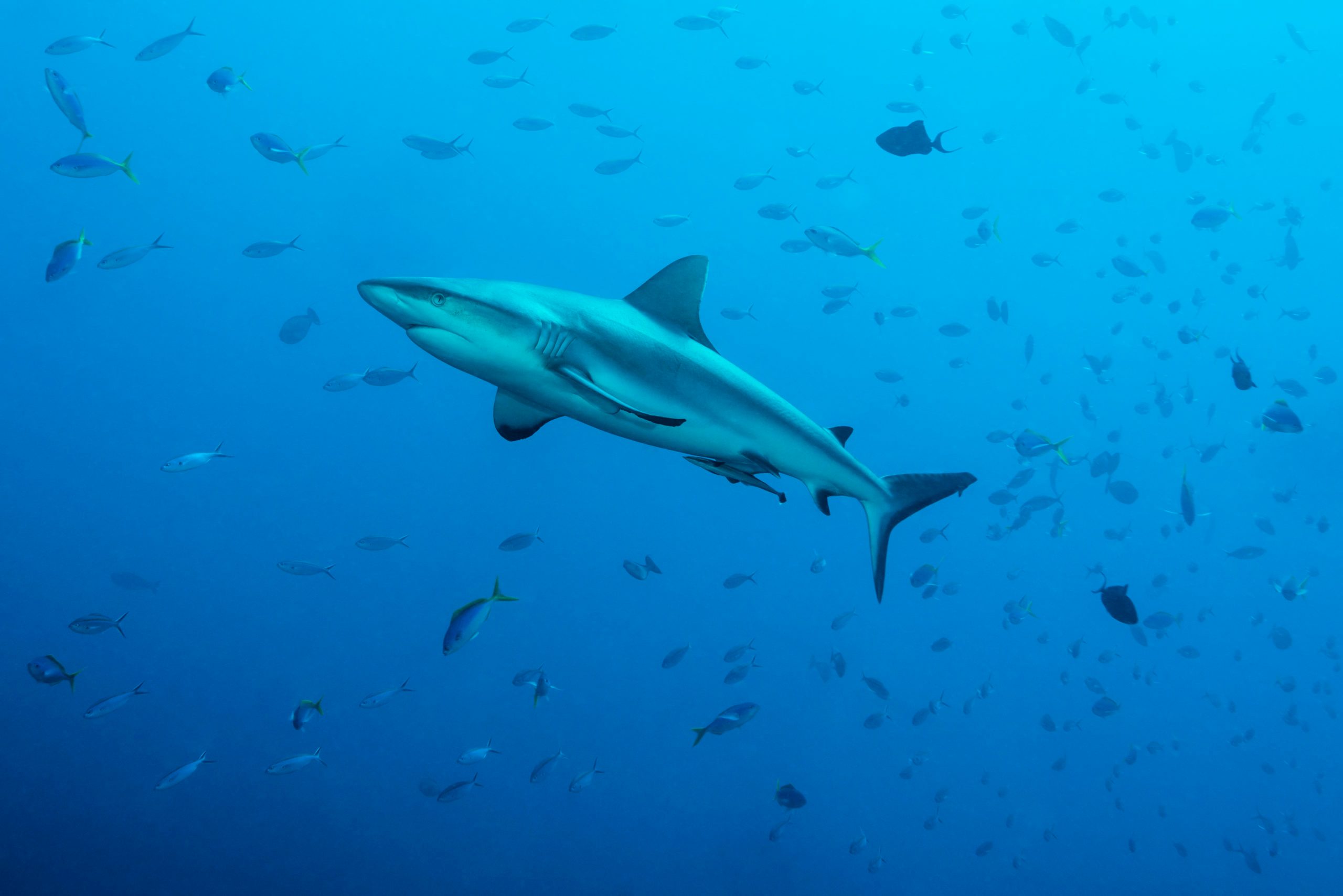 Shark attacks are scary, but that is as far as the regular person’s knowledge about shark attacks generally goes. Do you know that punching a shark isn’t a great defense? Or how about the fact that September is the month most shark attacks occur? If you want to learn more about this ocean phenomenon, here are 13 things you didn’t know about shark attacks. 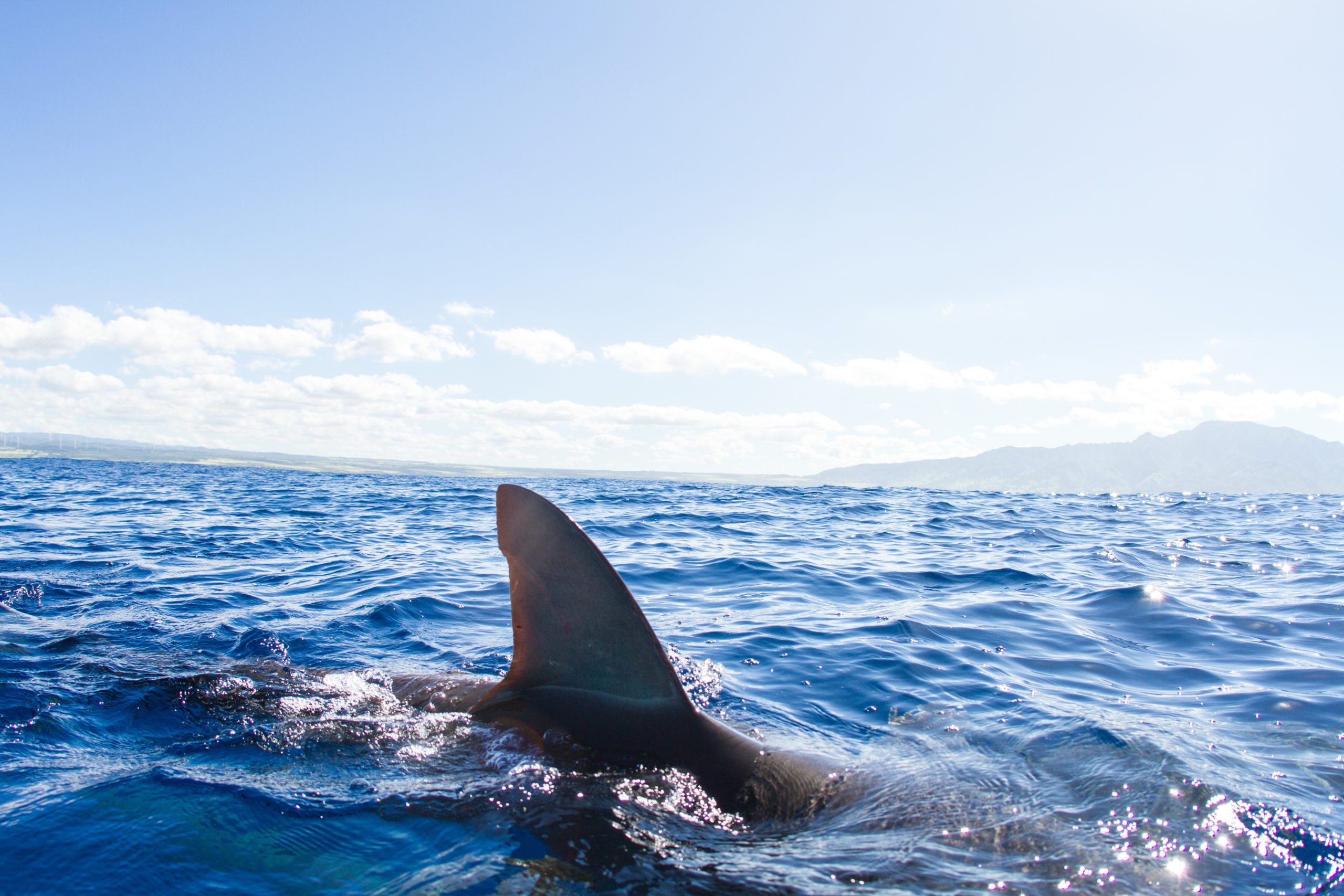 The real-life likelihood that you’ll have a close encounter with a shark is about 1 in 11.5 million, according to the International Shark Attack File. In fact, you’re more likely to be injured in a boating accident or bike wreck than you are in a shark attack. More good news: death by shark hardly ever happens. In 2019, for example, there were only five fatal shark attacks. These are the tips that could save your life in the event of a shark attack. 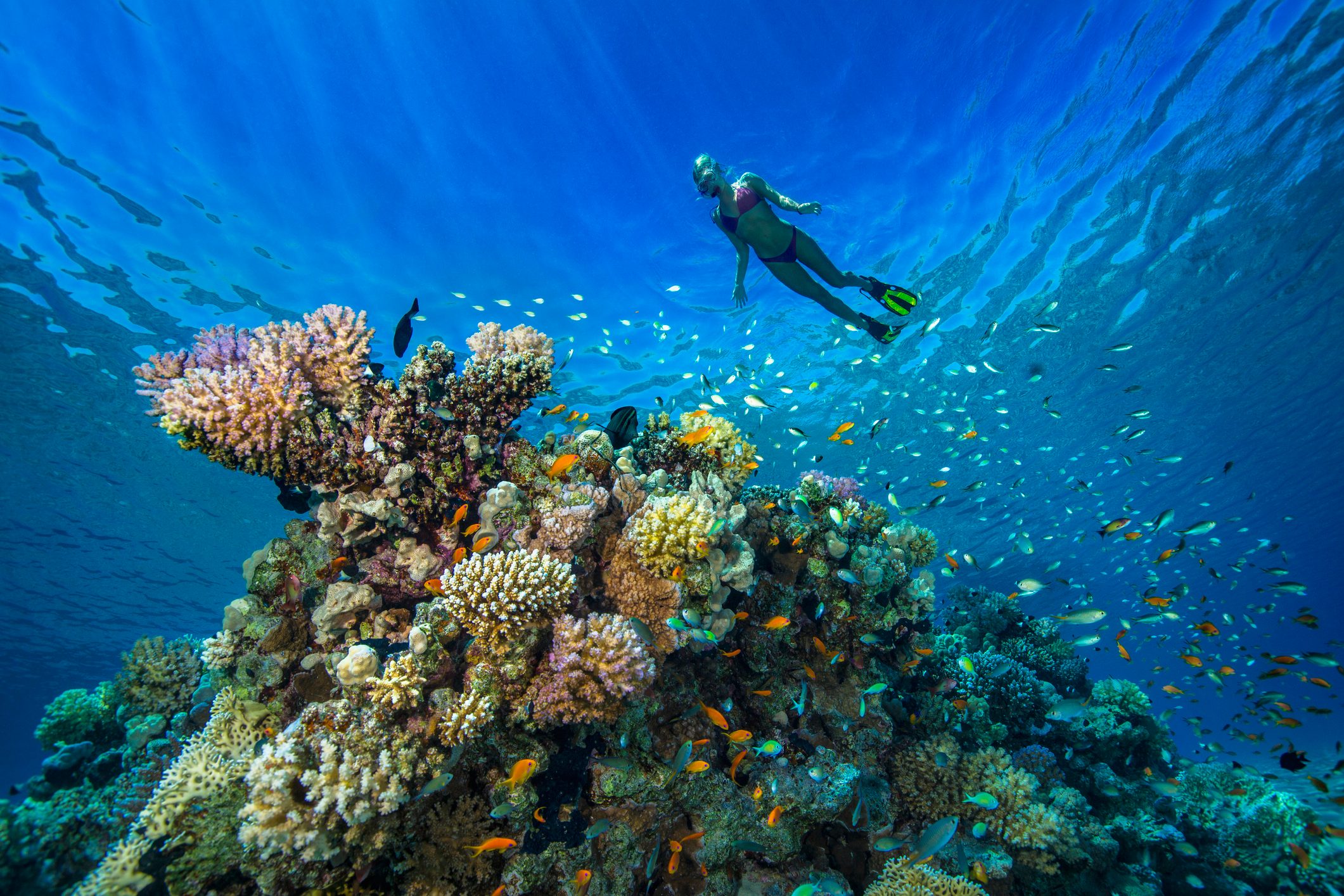 The safest people in the water are snorkelers

According to the Florida Museum of Natural History, around 72 percent of shark attack victims in the last decade were people engaged in activities such as surfing, water skiing, and other water sports. Here are some shark myths you shouldn’t believe. 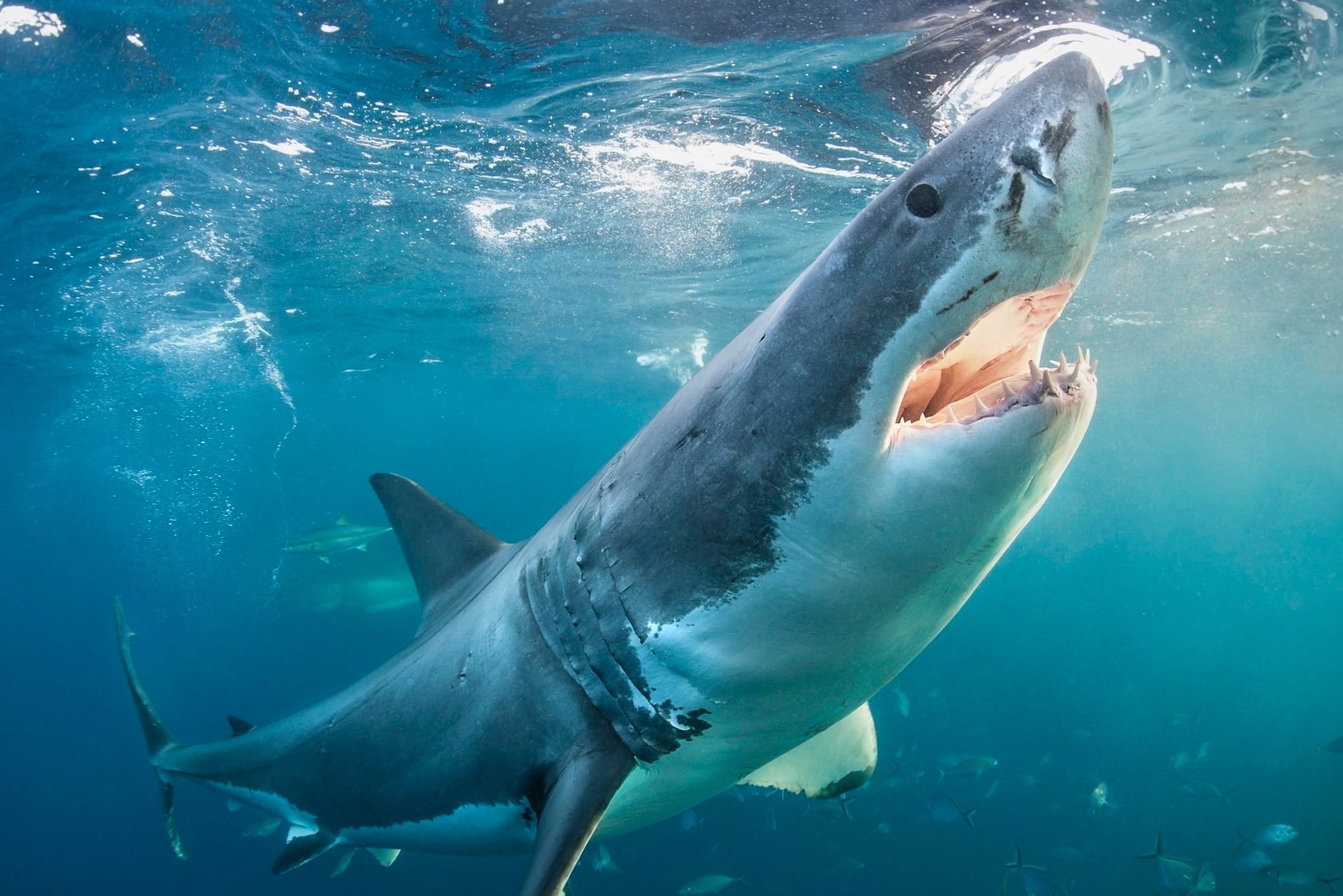 Punching a shark may not be your best defense

Swinging your arm through water can be difficult, so, if you’re attacked by a shark, “grab at the eyes and gills, which are very sensitive,” Andrew P. Nosal of the Scripps Institutions of Oceanography the New York Times. Here’s what happened when this surfer punched a shark to try to save his friend. 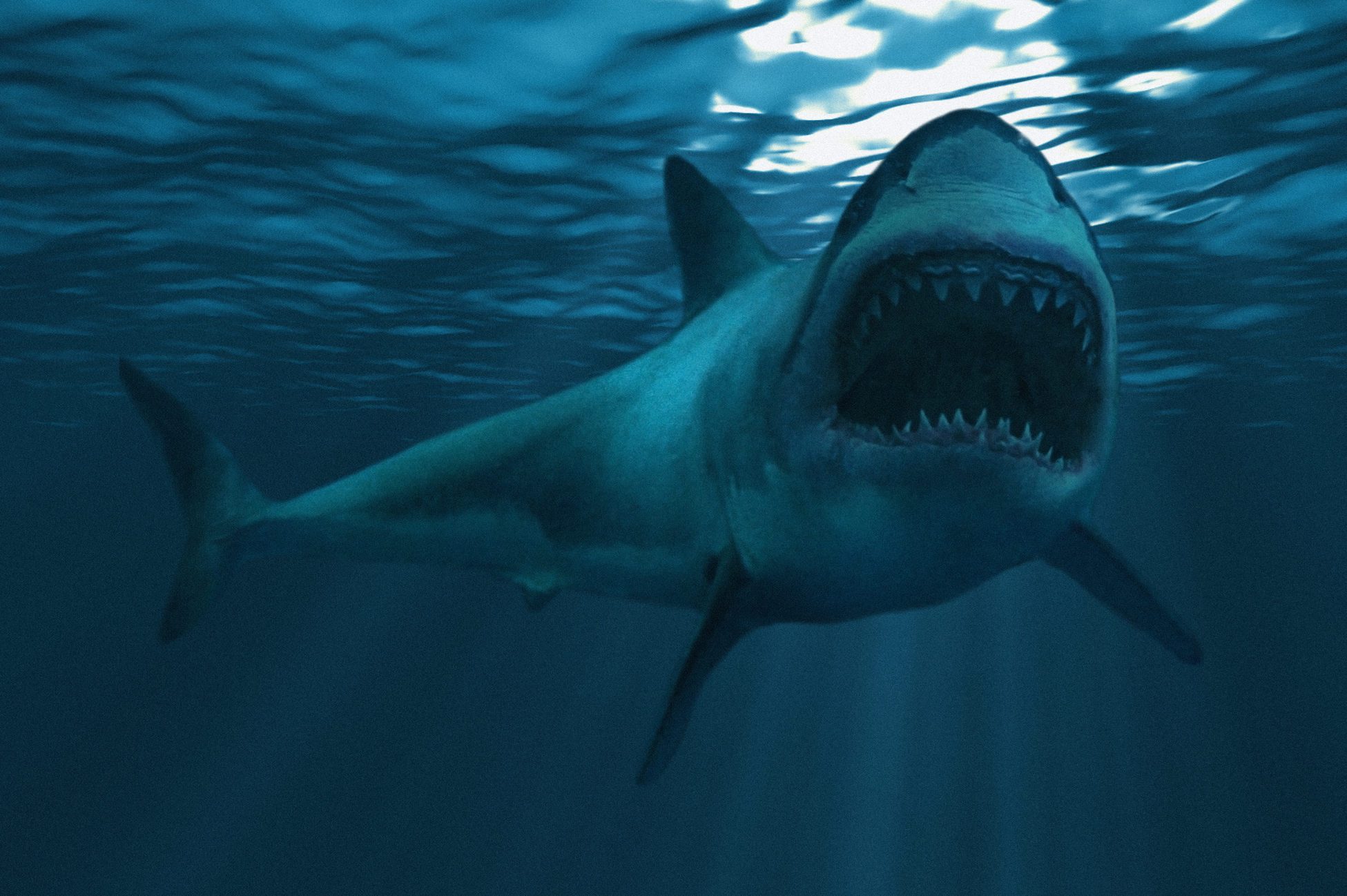 Of the nearly 500 species of shark, only about 30 have ever attacked a human, and three species—great white, tiger, and bull—are responsible for the majority of human fatalities. Check out some of the weirdest, wildest sharks in the world. 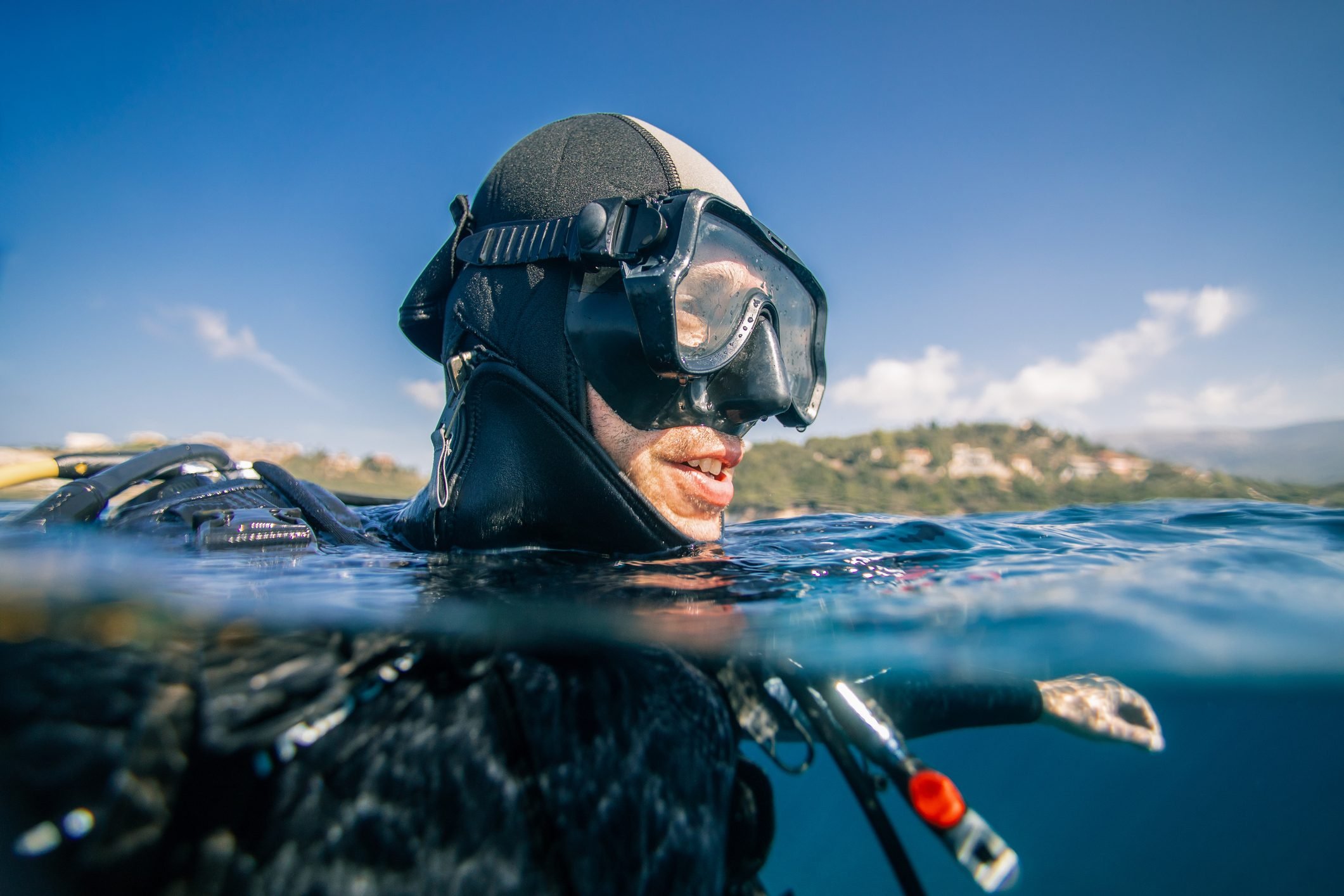 Most shark attacks are on men

According to Nat Geo Wild, 93 percent of shark attacks from 1580 to 2010 were on boys or men. The explanation comes down to numbers: More men than women surf, boogie board, and SCUBA dive—all sports that come with a risk of attack. Find out if sharks can really smell blood. 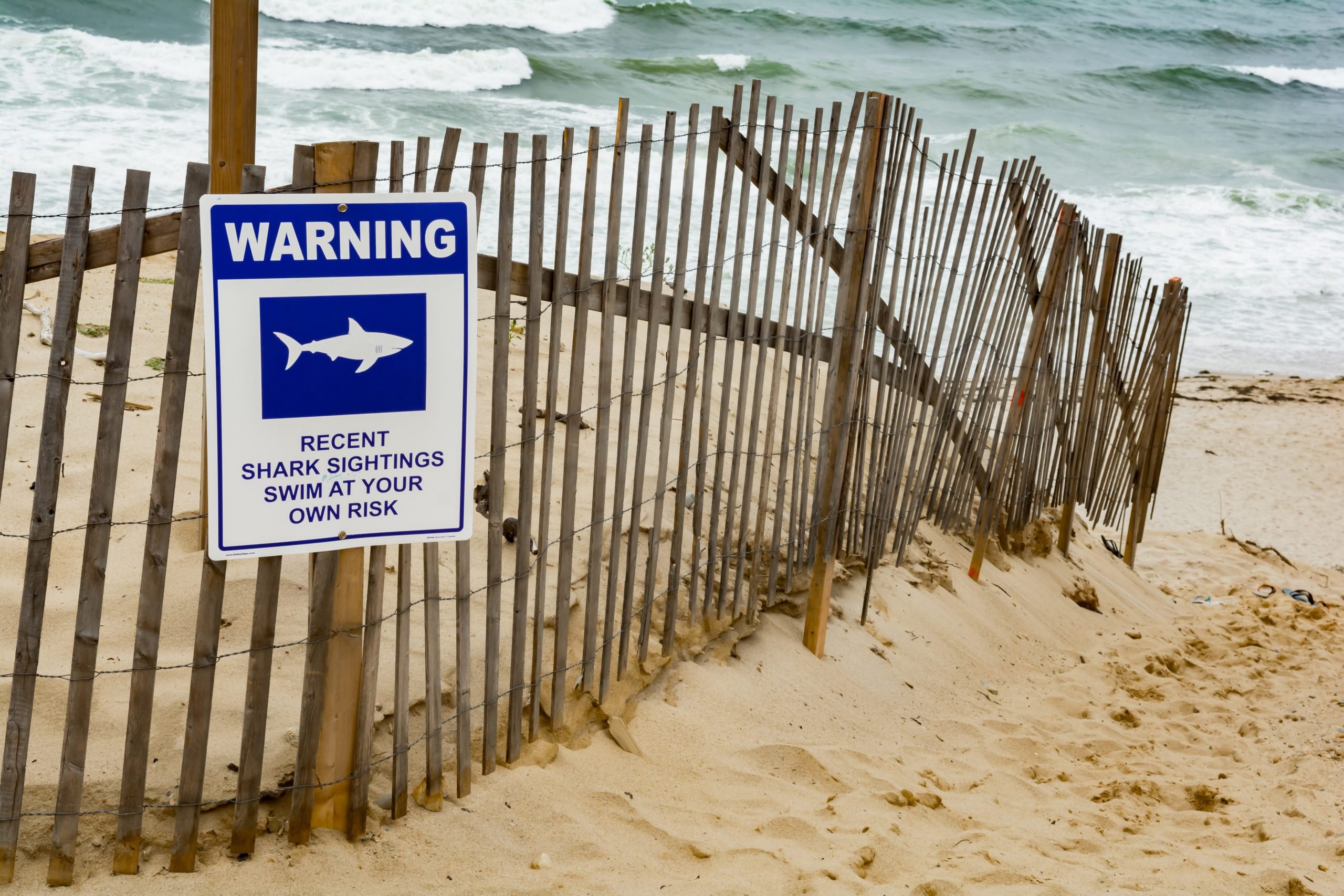 In Florida, the U.S. state with the most shark attacks, September is the most dangerous month to be in the water, according to the International Shark Attack File. From 1926 to 2019, 103 attacks occurred in that month, compared to 61 in June, 73 in July, and 84 in August. 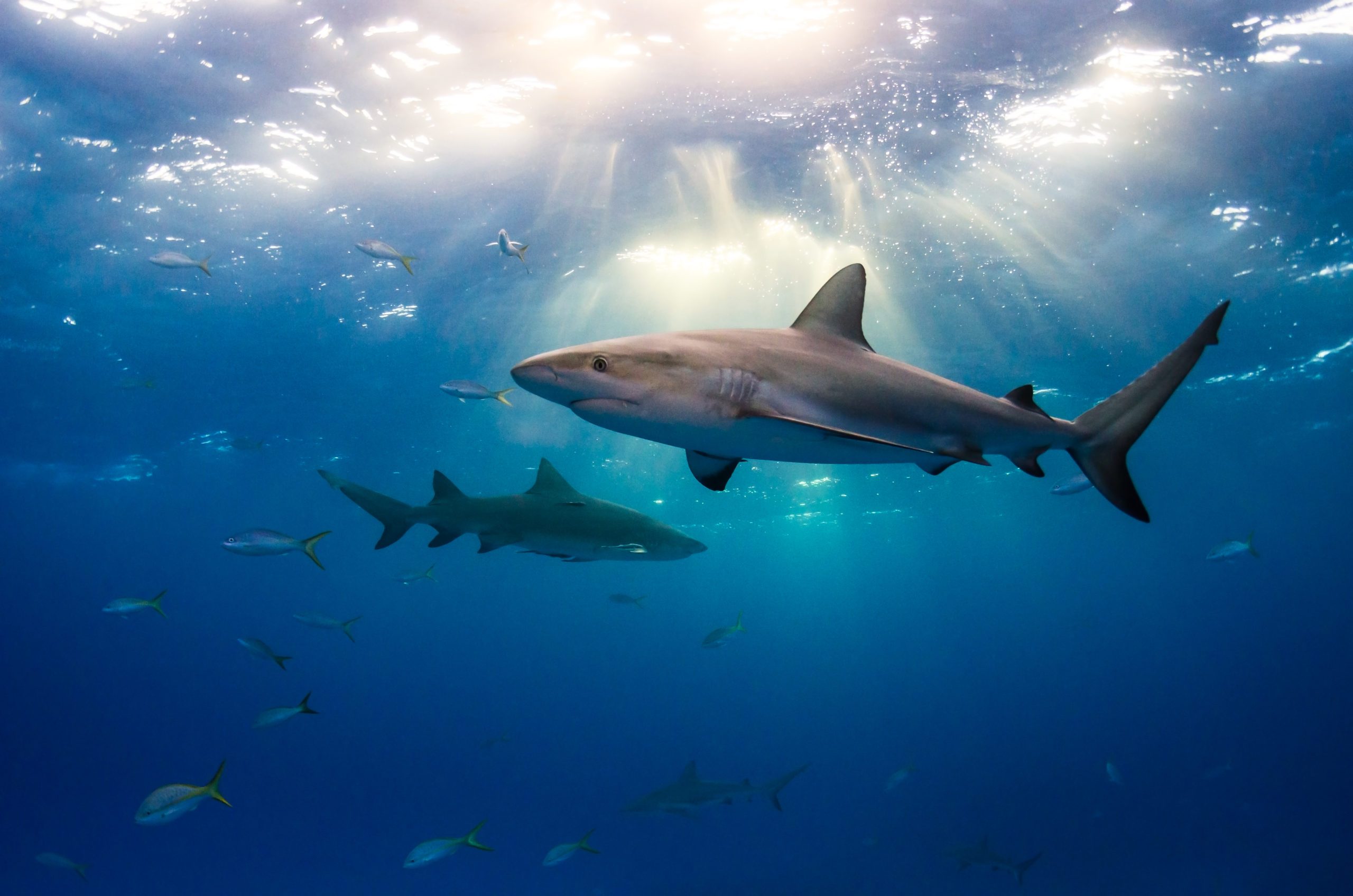 Sharks feed around dawn and dusk, so it’s best to stay out of the water or be especially careful then. Learn some more fascinating (and reassuring) facts about sharks. 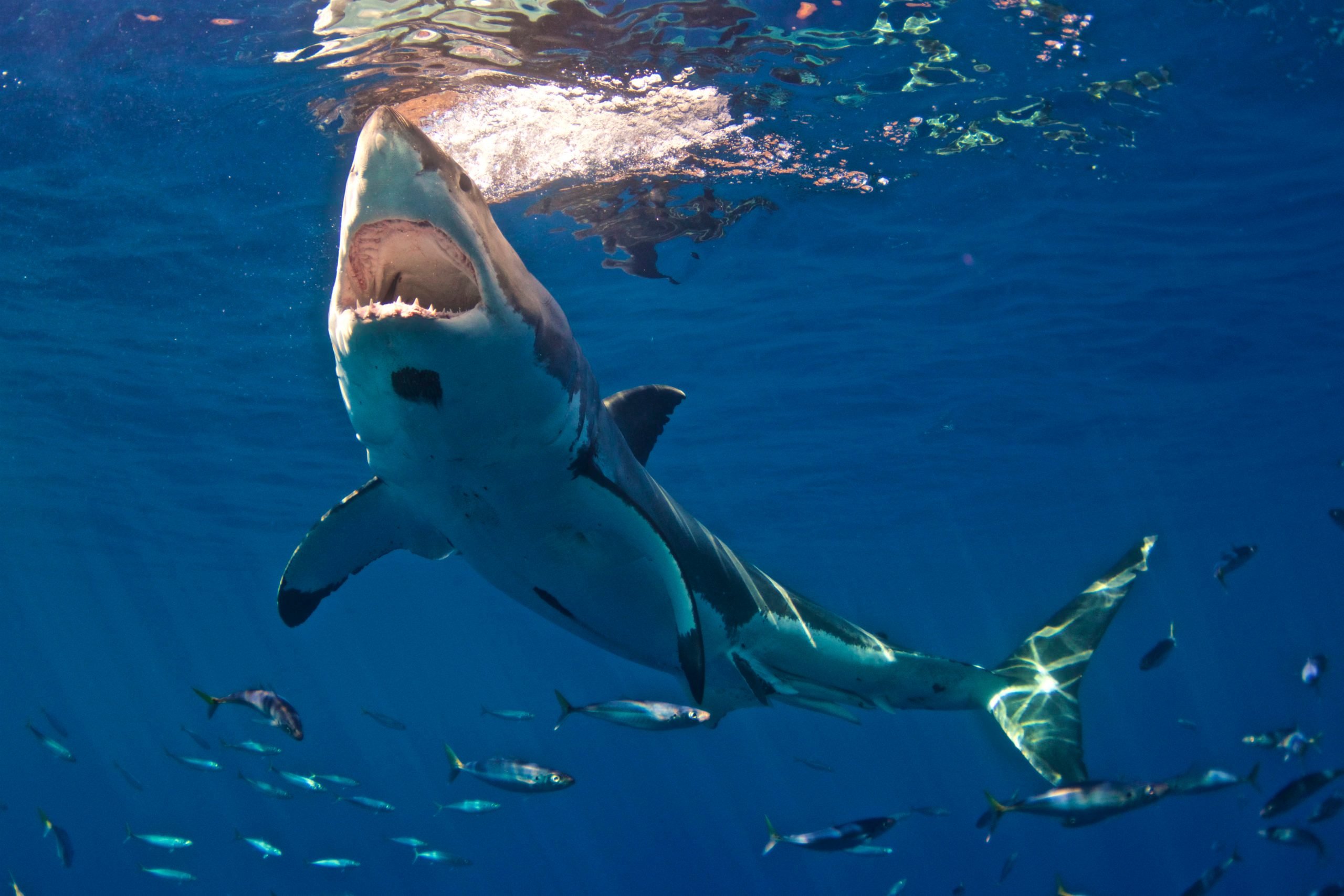 But they sometimes mistake humans for food in murky water. Imagine the white flashes of the underside of a person’s feet as they are kicking through the water or the sparkle of jewelry on ankles or wrists. “A shark may confuse it with its natural prey,” John Carlson, a research biologist at the Southeast Fisheries Science Center, told the New York Times. Reduce your (already slim) chances of a shark encounter by leaving your jewelry on the beach. Here are some more reasons sharks are actually misunderstood. 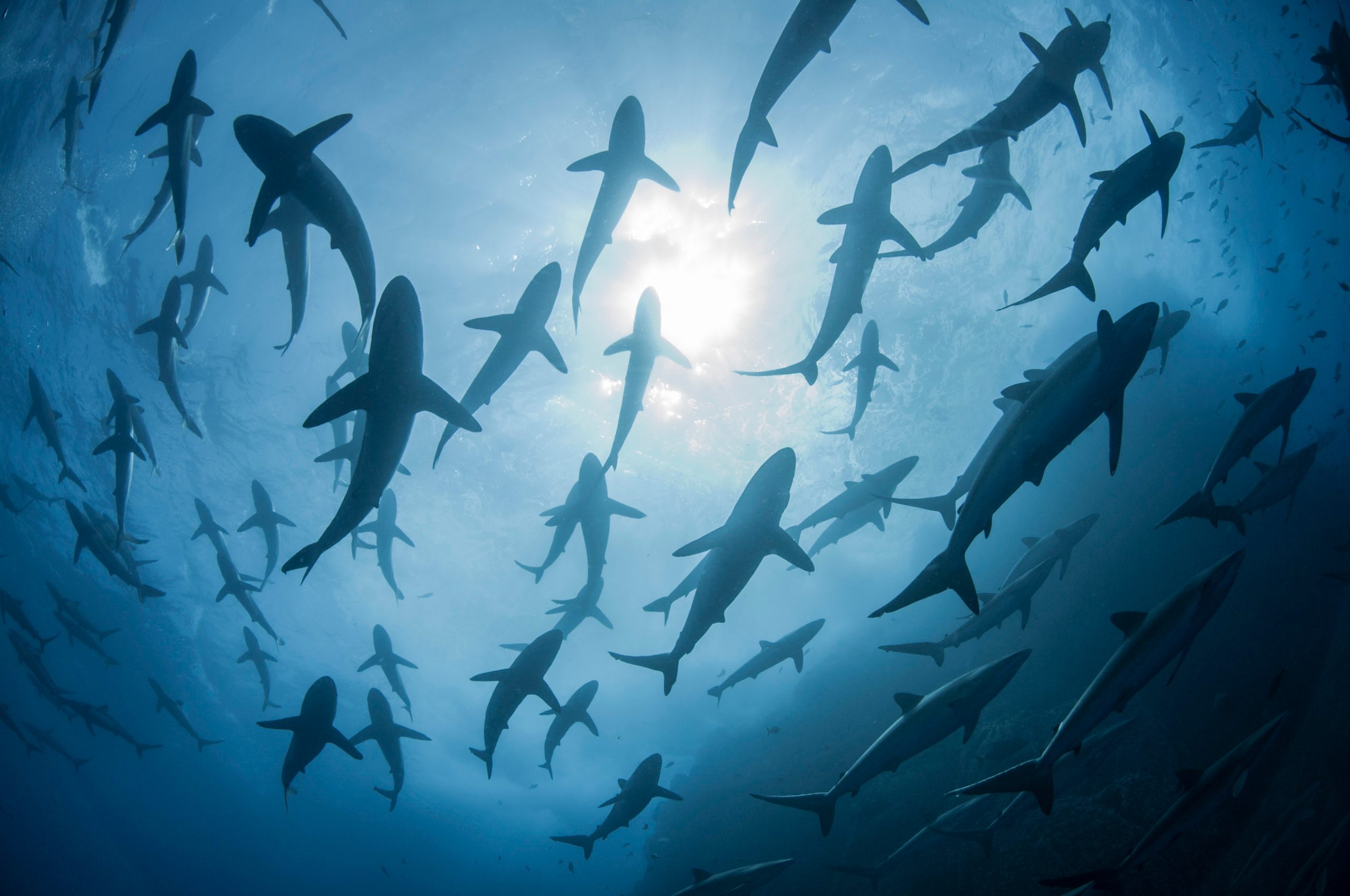 The world’s shark population is decreasing

Lest you think the ocean is “teeming” with sharks: “The shark population in the U.S. and around the world are at perhaps all-time lows,” George Burgess, director of the International Shark Attack File at the Florida Museum of Natural History, told NPR. “On the other hand, the human population continues to rise every year. Fundamentally, the number of shark attacks every year is driven by the number of people in the water, not the number of sharks.” 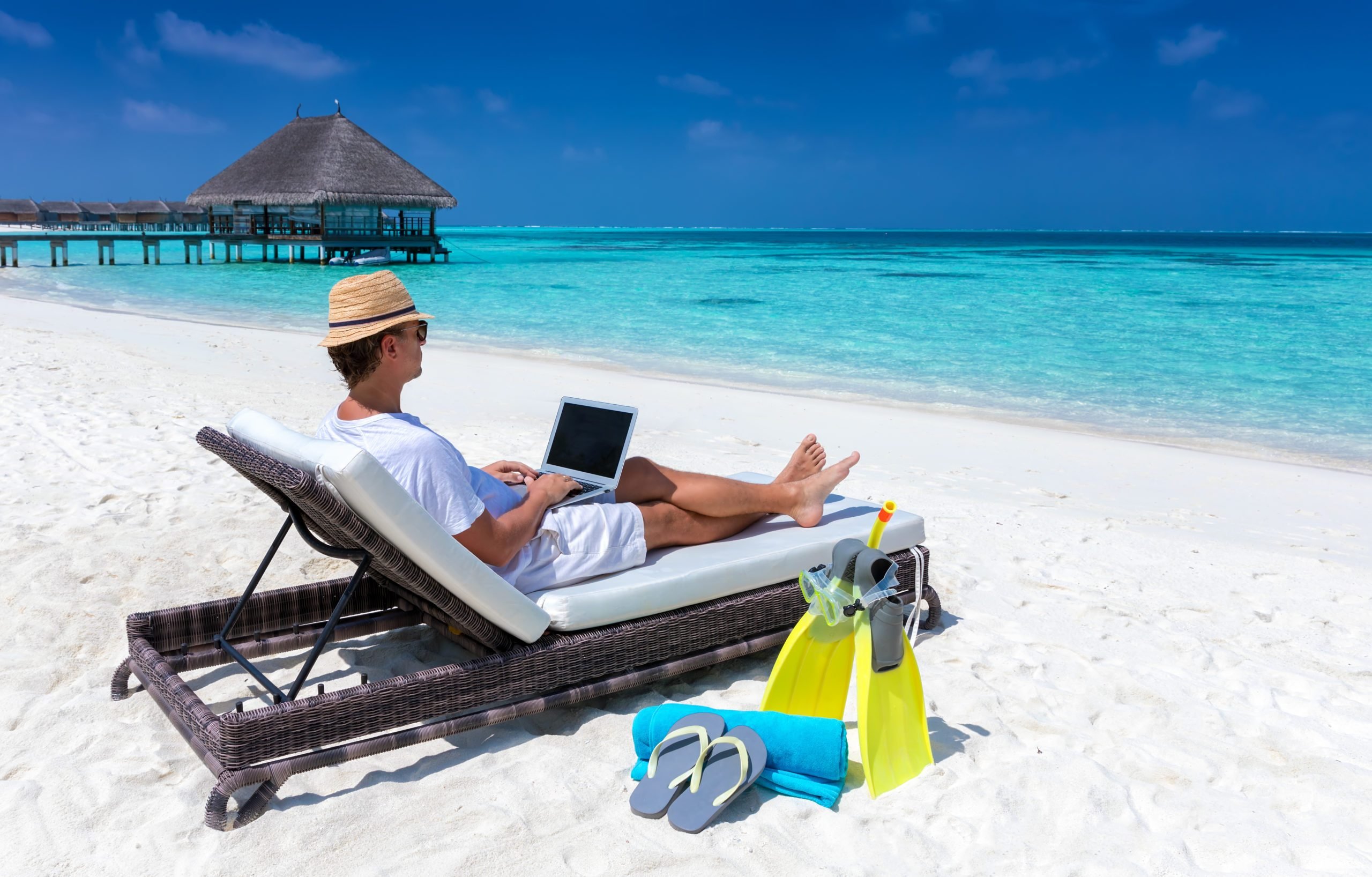 You can track sharks online

Scientists and conservationists tag a small population of sharks, usually with dart guns or through slightly more dangerous methods, to gather information on their migratory patterns, size, and growth. Using that data, tracking the animals online has also become somewhat of a hobby for some beachgoers, who can follow tiger sharks in and around Hawaii and several shark species in Western Australia and in much of the northern hemisphere. One popular great white named Mary Lee has more than 128,000 followers on Twitter. 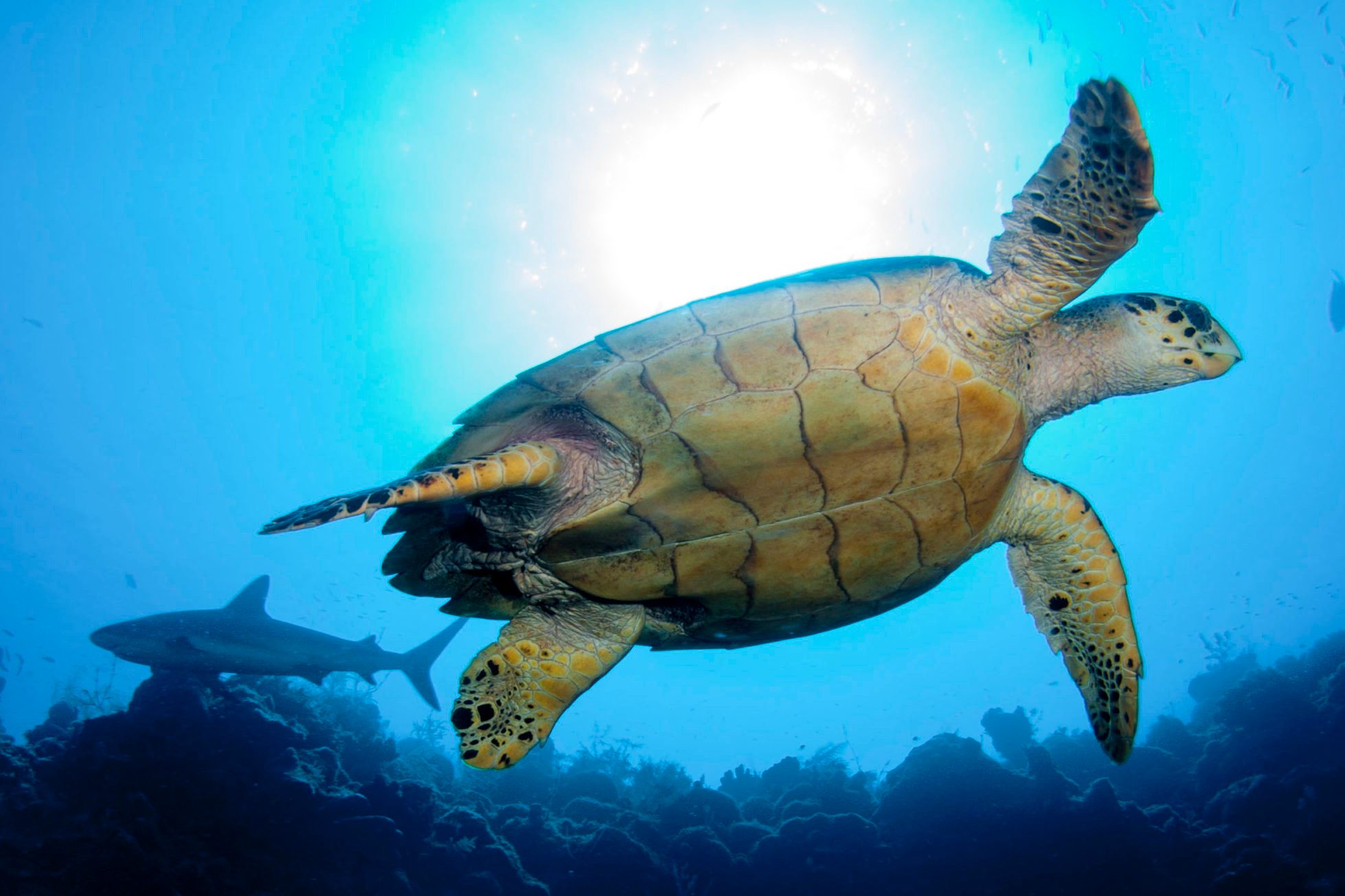 Scientists have reported high numbers of herring and sea turtles in the Outer Banks of North Carolina, which may have explained the unusually high number of shark attacks in that area in recent years. Find out the animals that are deadlier than sharks. 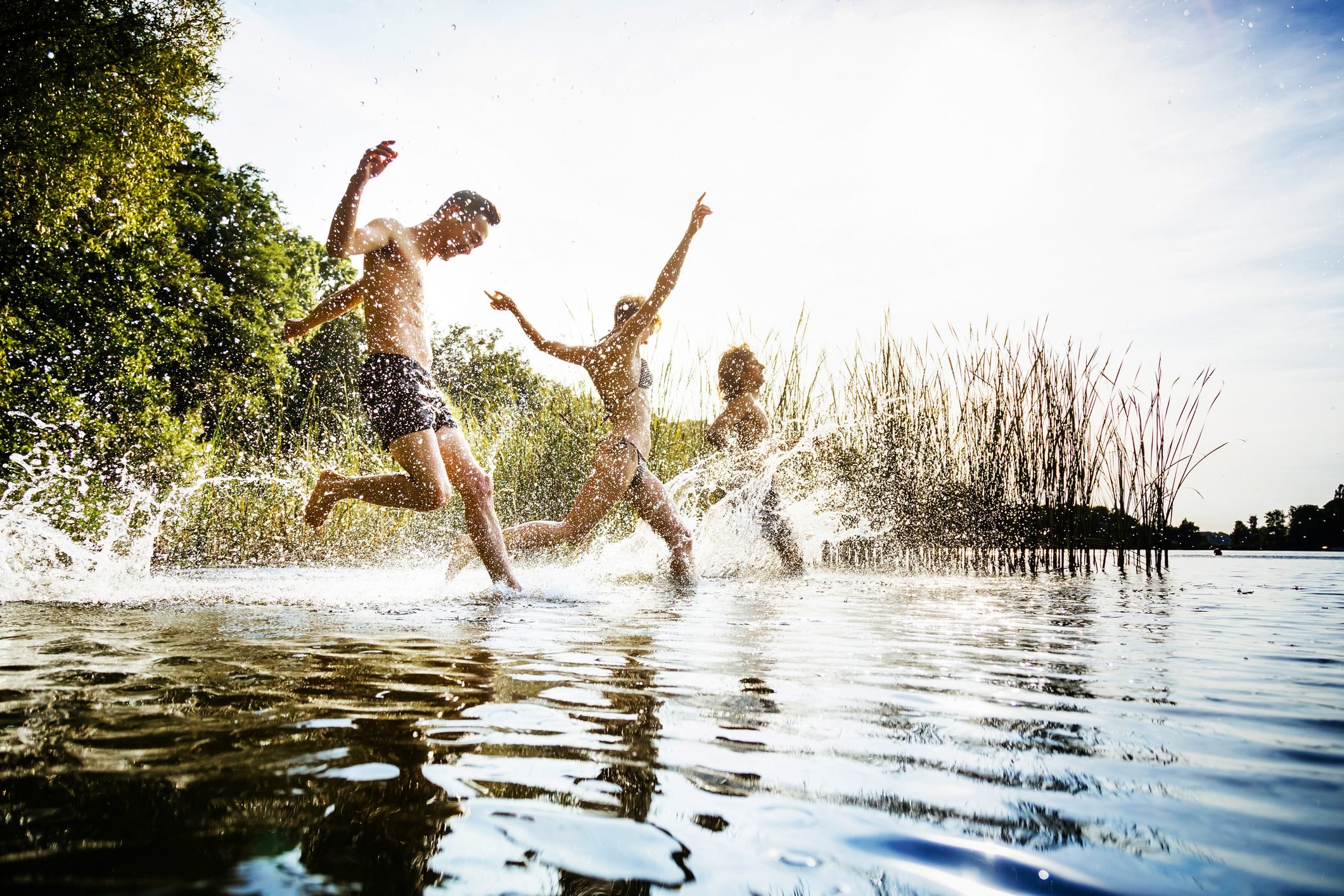 Although bull sharks, one of the most aggressive and attack-prone species of sharks, can survive in rivers, lakes, and even streams, in addition to the ocean, few freshwater human-shark encounters have been recorded. Now, learn more about why we need sharks in our oceans.