The U.S. States Most Prone to Natural Disasters

Driven by climate change, natural disasters across the United States are getting more extreme, more costly, and more deadly. 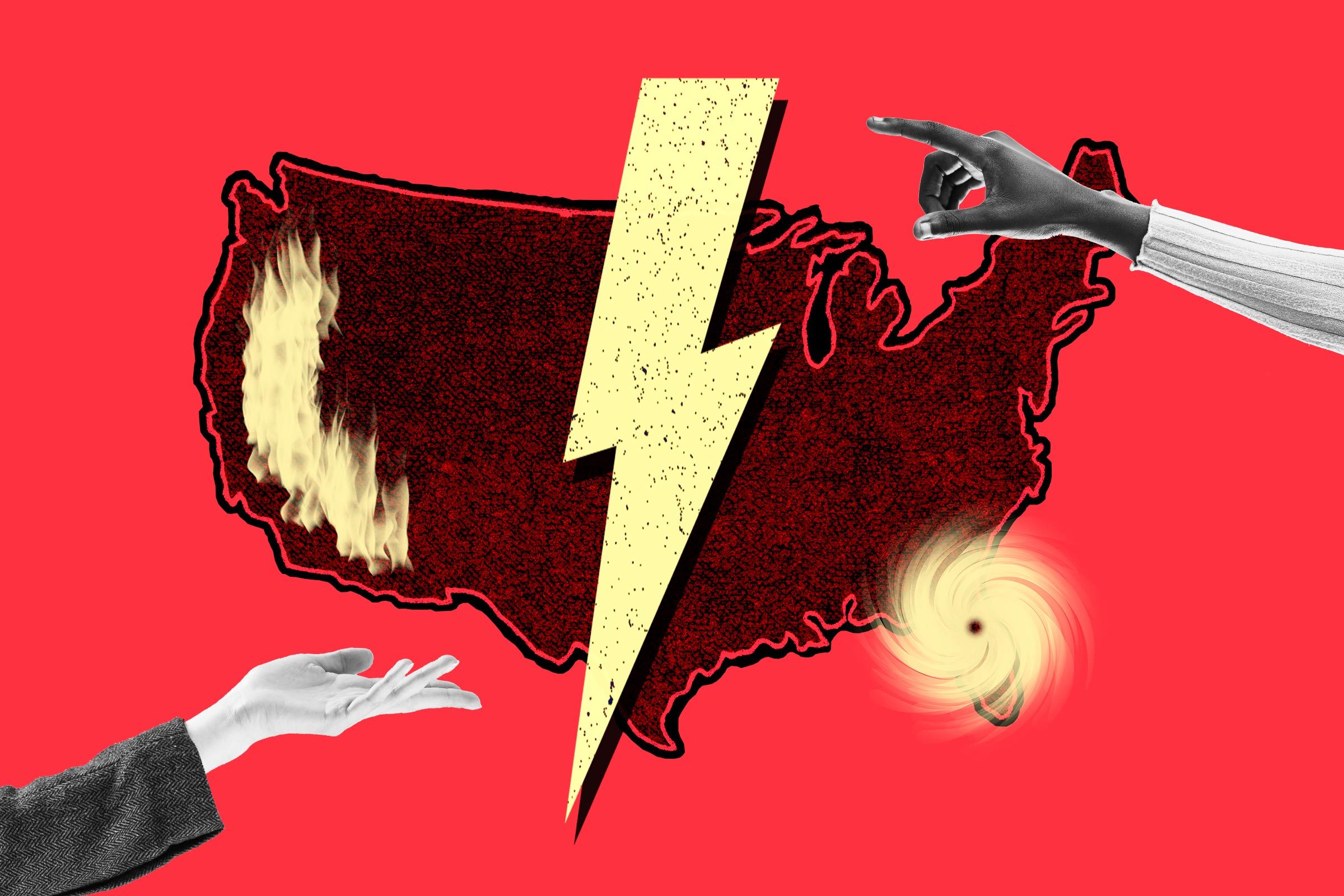 A country at risk

It’s unlikely you clicked on a link to a story about natural disasters and expected good news—which is lucky, because there isn’t much. While extreme weather events are nothing new, they are on the rise across the United States and around the globe. For example, June 2020 was the third hottest June on record, tied with 2015 and following 2019 in first place and 2016 in second, according to the National Oceanic and Atmospheric Administration (NOAA). And other weather-related events are similarly dispiriting. There are a lot of ways to calculate what makes weather the “worst,” such as an increase in number or severity from year to year, financial impacts, number of people displaced, and human deaths. Below, we take a look at the states considered the worst, in one way or another, for a variety of natural disasters. 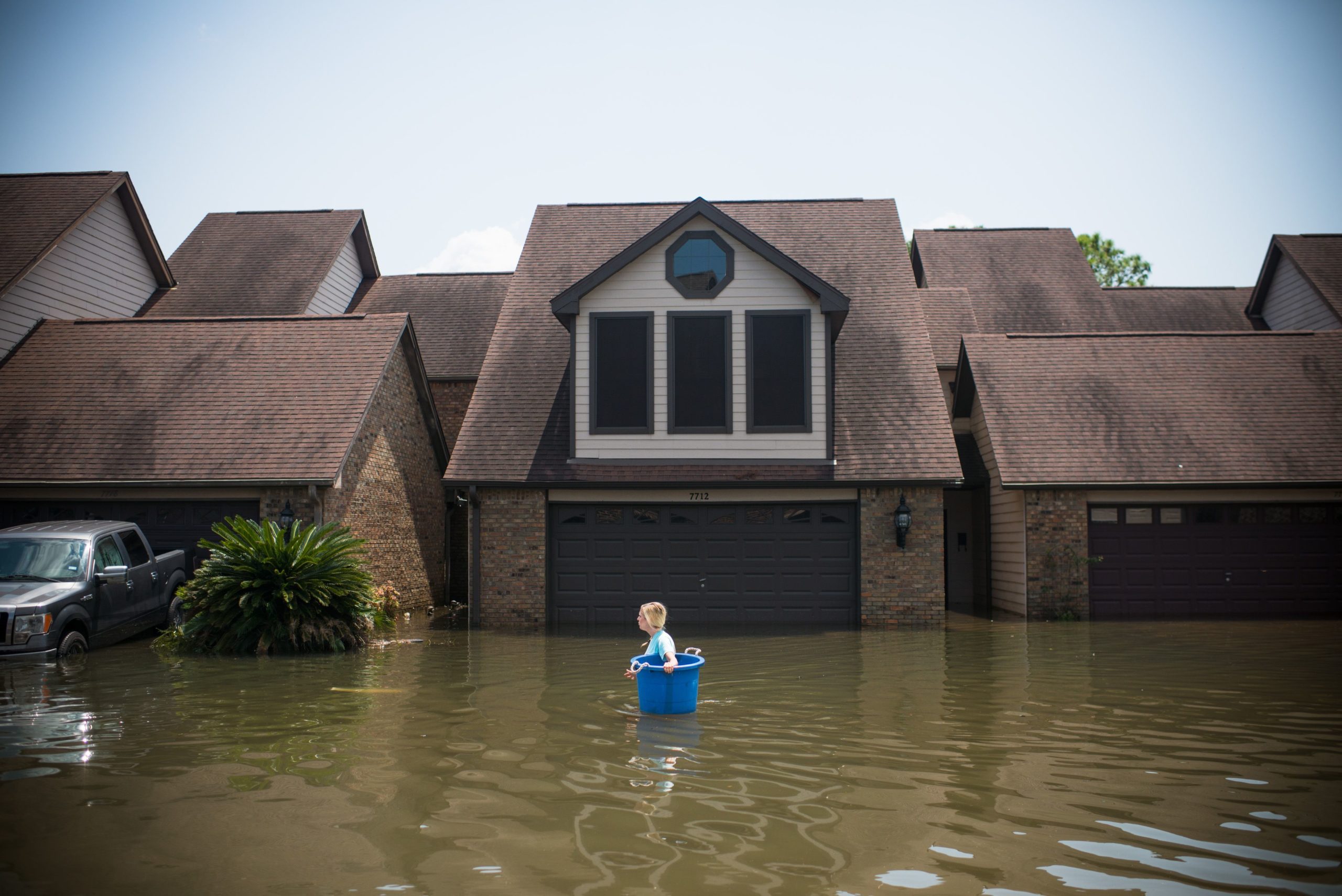 By a number of estimations, the winner of this category is Texas, which is prone to floods, hurricanes, and even winter storms, reports CNBC. And according to NOAA, it’s already been impacted by five extreme weather events in 2020, from high winds and hail that also hit a wide swath of the Midwest and the Ohio Valley in March, to tornadoes in late May, to (one week later) a south-Texas-only hailstorm that caused $1.2 billion in damages. Add in the years 2015 to 2019 and you get another 20 major droughts, severe storms, tornadoes, general deluges, and more affecting the Lone Star State. It also boasts the second-most expensive natural disaster ever in the United States—2017’s Hurricane Harvey, coming in second after 2005’s Katrina. Make sure you never do these things at home during severe weather. 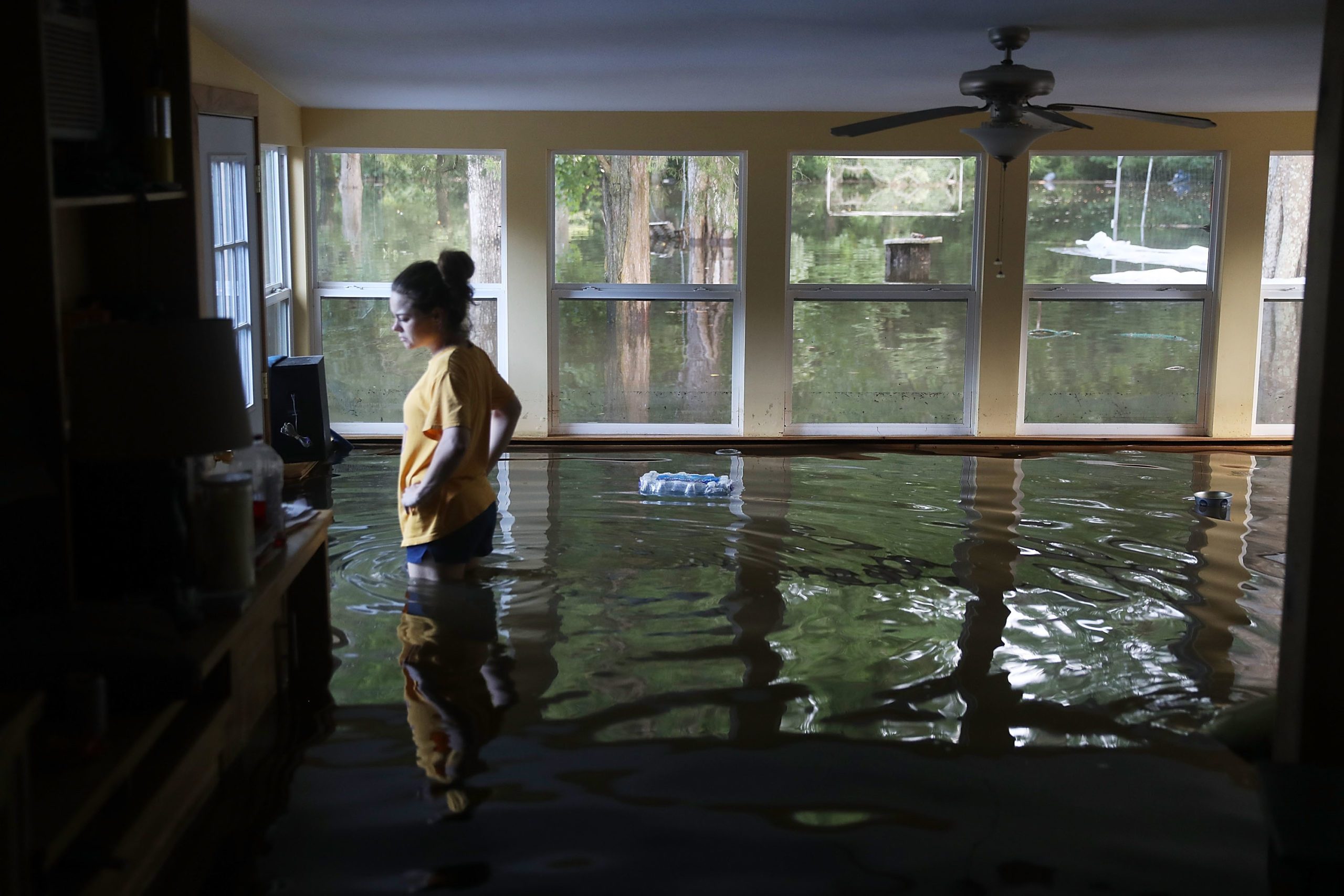 Hurricane-prone states are the most likely to experience flooding, and Texas and Florida’s Gulf Coast most assuredly have seen more than their fair share, as has the region around the Mississippi River. And while there’s a case to be made for all three for the worst flooding in the last five years, let’s not forget flood-prone Louisiana, a third of which experienced historic amounts of rain and flooding in August 2016, with more than 31 inches of rain recorded in the town of Watson over the course of 72 hours. Fifty thousand homes were destroyed, 13 people lost their lives, and the state racked up almost $11 billion in damages, according to NOAA. How can you protect yourself in the event of an emergency? Here’s the one thing natural disaster survivors wish they’d done differently to prepare. 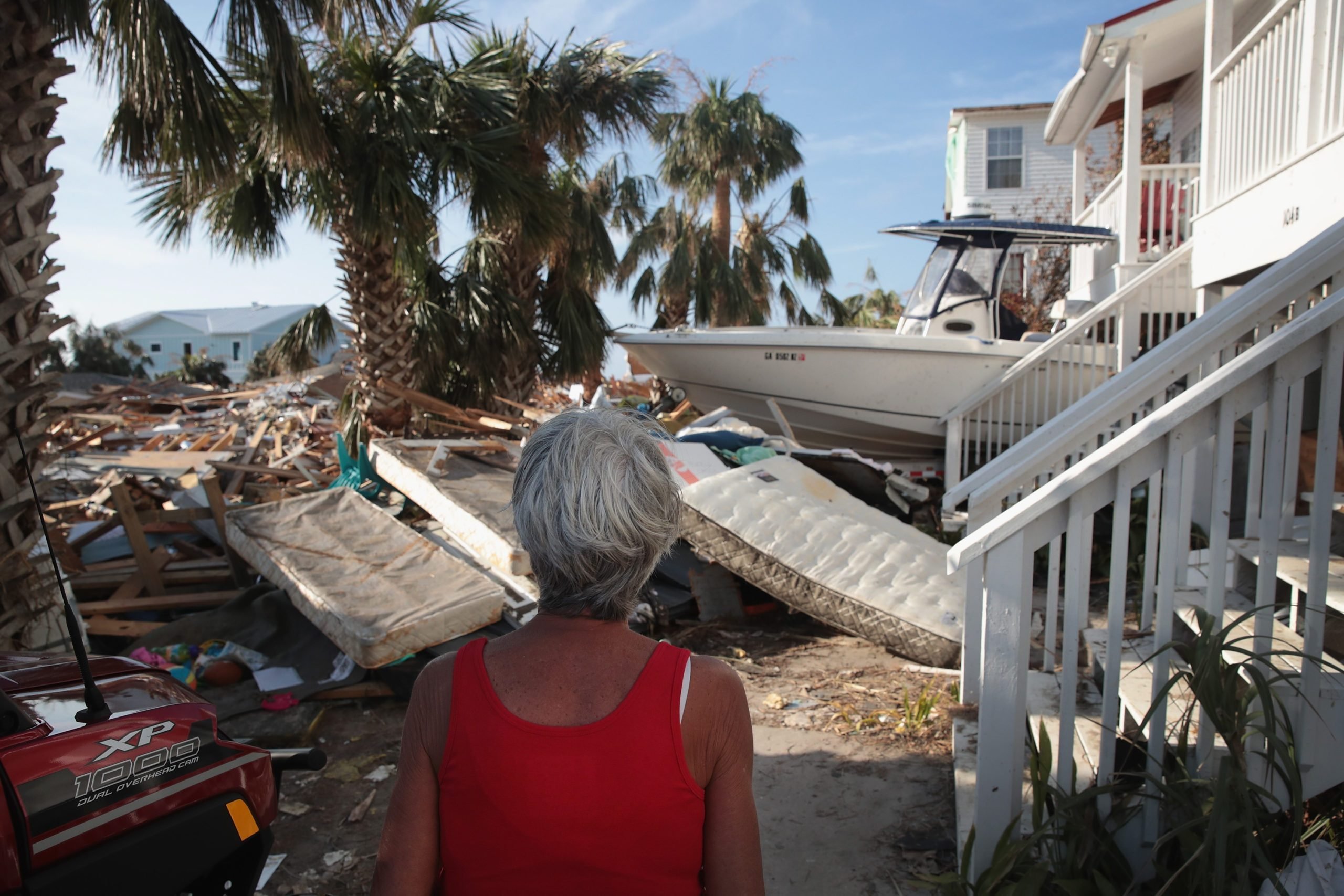 Is Florida the hurricane capital of the United States? It could be. Hurricane Irma maintained a maximum sustained wind of 185 mph for 37 hours in 2017, devastating the Keys. And in 2018, Hurricane Michael, the first Category 5 storm to hit the U.S. mainland since Andrew in 1992, caused storm surges of over 15 feet, reports the Center for Climate and Energy Solutions. Michael also killed 49 people. Thanks to its hurricanes, Florida experiences the second-highest total damages costs related to natural disasters—$225 billion—after Texas, when calculated over the past 40 years, according to CNBC. 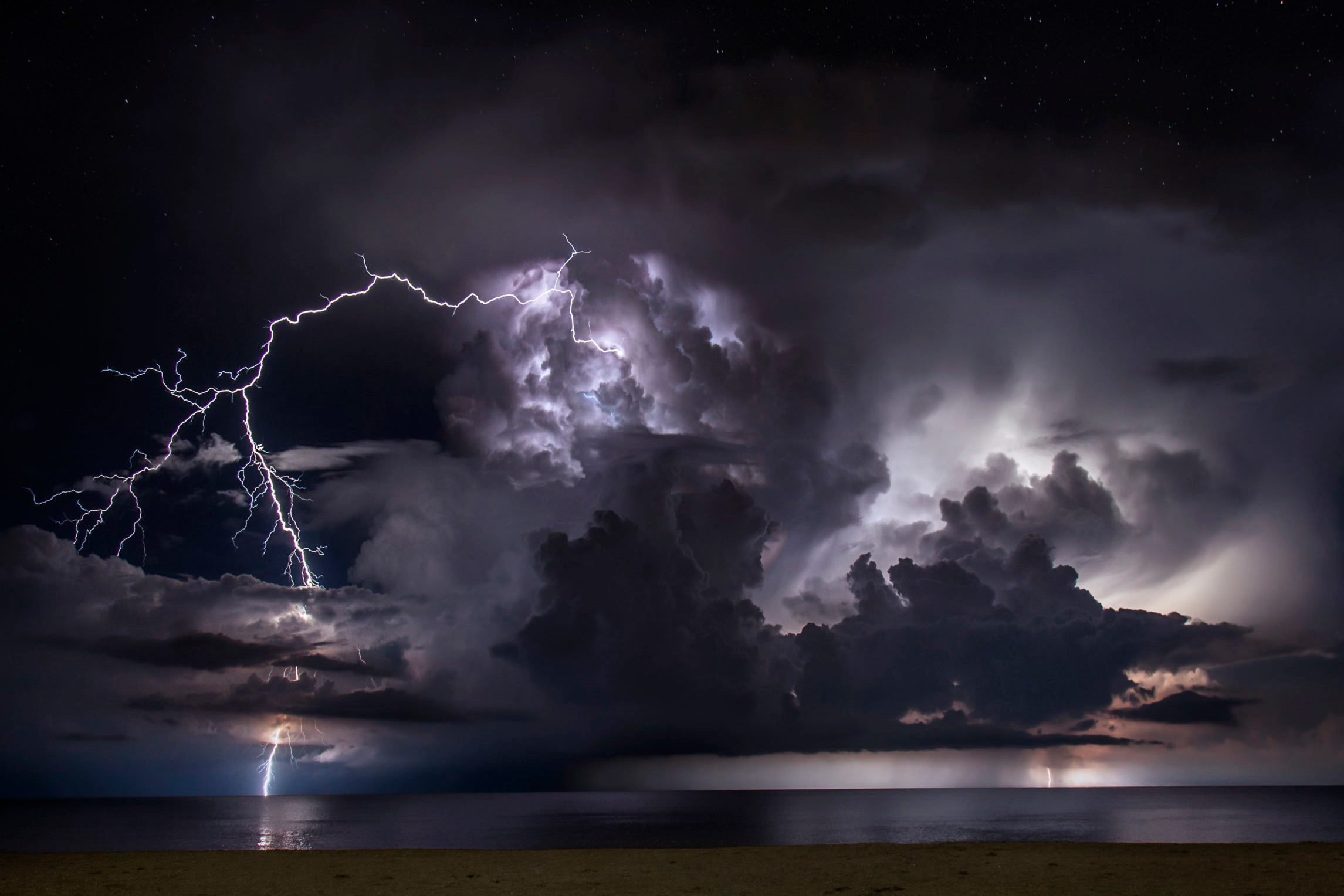 Here again, Florida is the big winner—they don’t call it the Lightning Capital for nothing. When factoring by density (that is, the most number of lightning strikes per square mile), Florida logged in at 228 in 2019, Fox News reports. Want to factor it a different way? Texas wins with total lightning counts: 47,397,975 in 2019. And while lightning can be cool to witness from a safe distance, one zap carries a core temperature of 50,000 degrees Fahrenheit. Not only can that kill you by giving you a heart attack, according to the CDC, but it can also start devastating fires and damage structures. Ten percent of lighting strikes to humans result in death. In 2019, there were 20 lightning-related deaths in the United States; Florida and Texas were tied for the highest number, at three each. And yes, it’s dangerous to shower during a lightning storm. 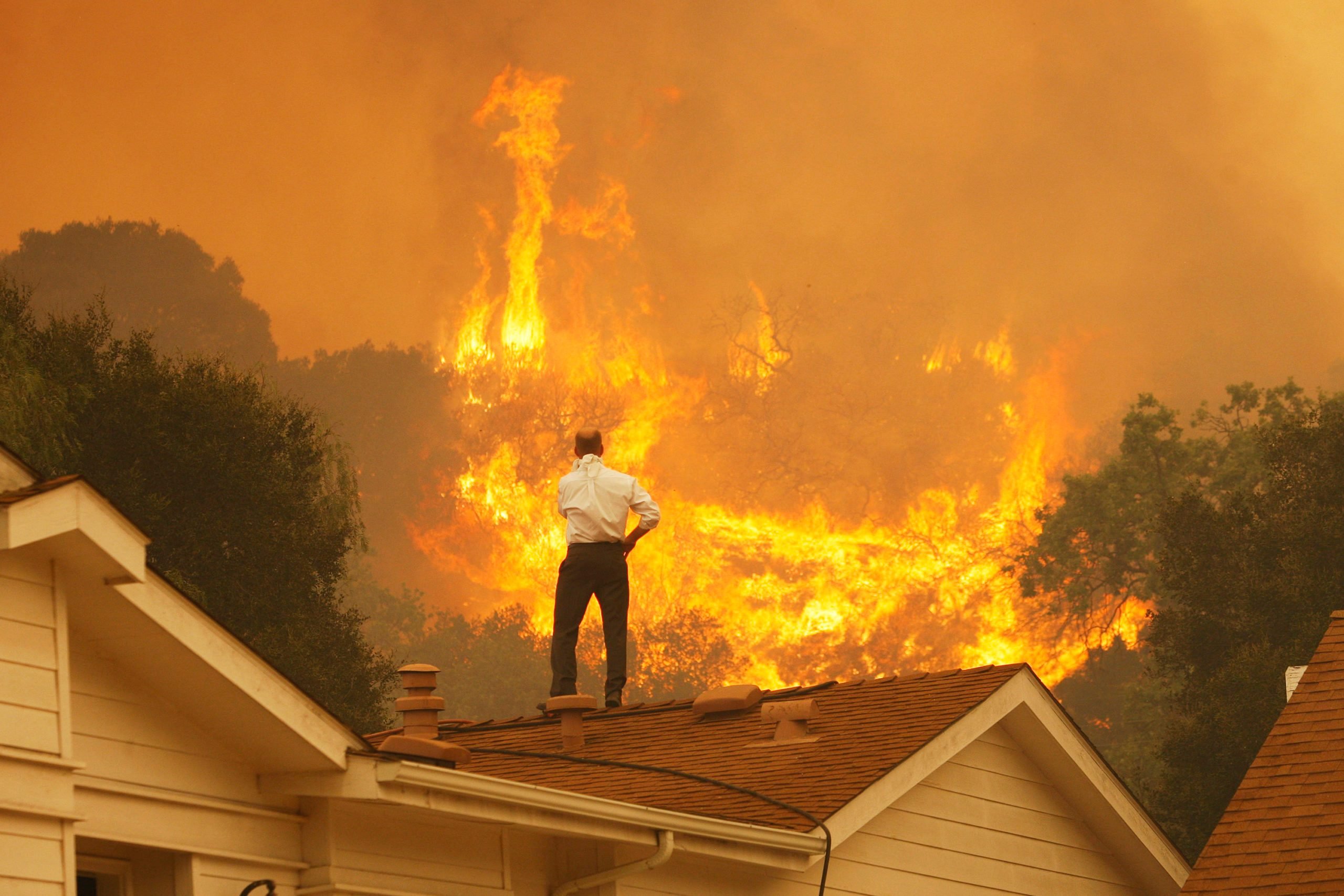 Did you guess California for the state most devastated by wildfires? If so, you were right. Year after year after year, California continues to be ravaged by deadly, destructive fires. The state incurred $1 billion in damages in 2015 in the Valley and Butte wildfires; 44 human deaths in the fires that swept through the state from summer through fall of 2017; and 106 deaths and almost 1.7 million acres burned in the historic fires of 2018. While 2019 wasn’t as deadly, the Kincaid and Saddle River fires caused billions of dollars’ worth of damage. Wildfires are natural occurrences in the West, but human-caused climate change is increasing their severity and extending their season. This is what it feels like to be caught inside a California wildfire. 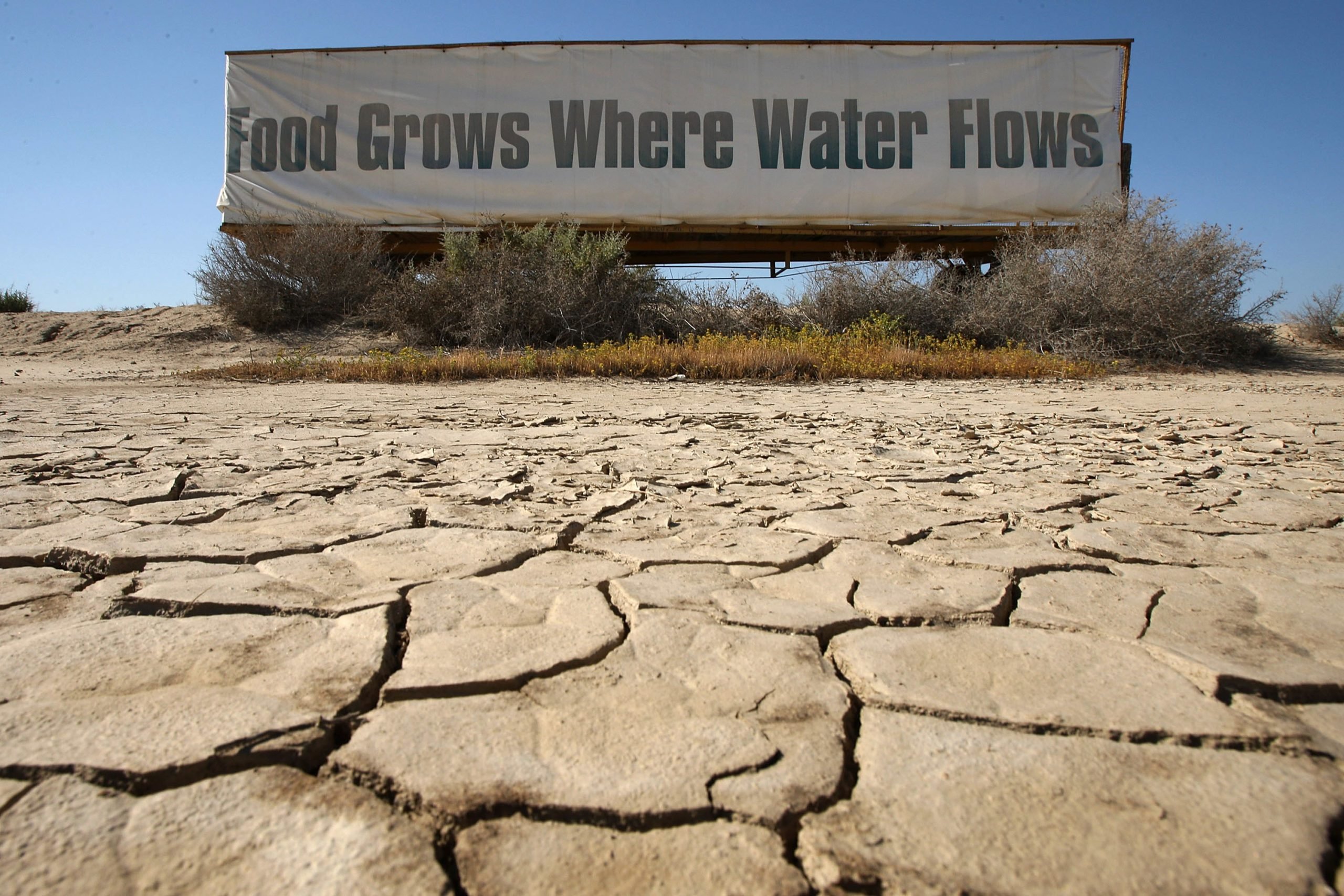 Drought is on the rise in many states in the Southwest and the Plains and is responsible for huge losses in agriculture. But in the last five-plus years, California has been particularly hard-hit (hence, its extreme wildfire action; see above). Beginning in 2012, California entered what would become known as its five-year drought period—although, as the U.S. Drought Monitor reports, the state suffered its most prolonged period of drought, at 376 weeks, from December 2011 through March 2019. Other states were most assuredly affected in those years as well (think: Oregon, Nevada, Texas, and Arizona). California also saw the most severe drought conditions of any affected state in 2015, and by 2016, more than 100 million trees had died due to lack of water. Here’s how to protect your garden from extreme weather. 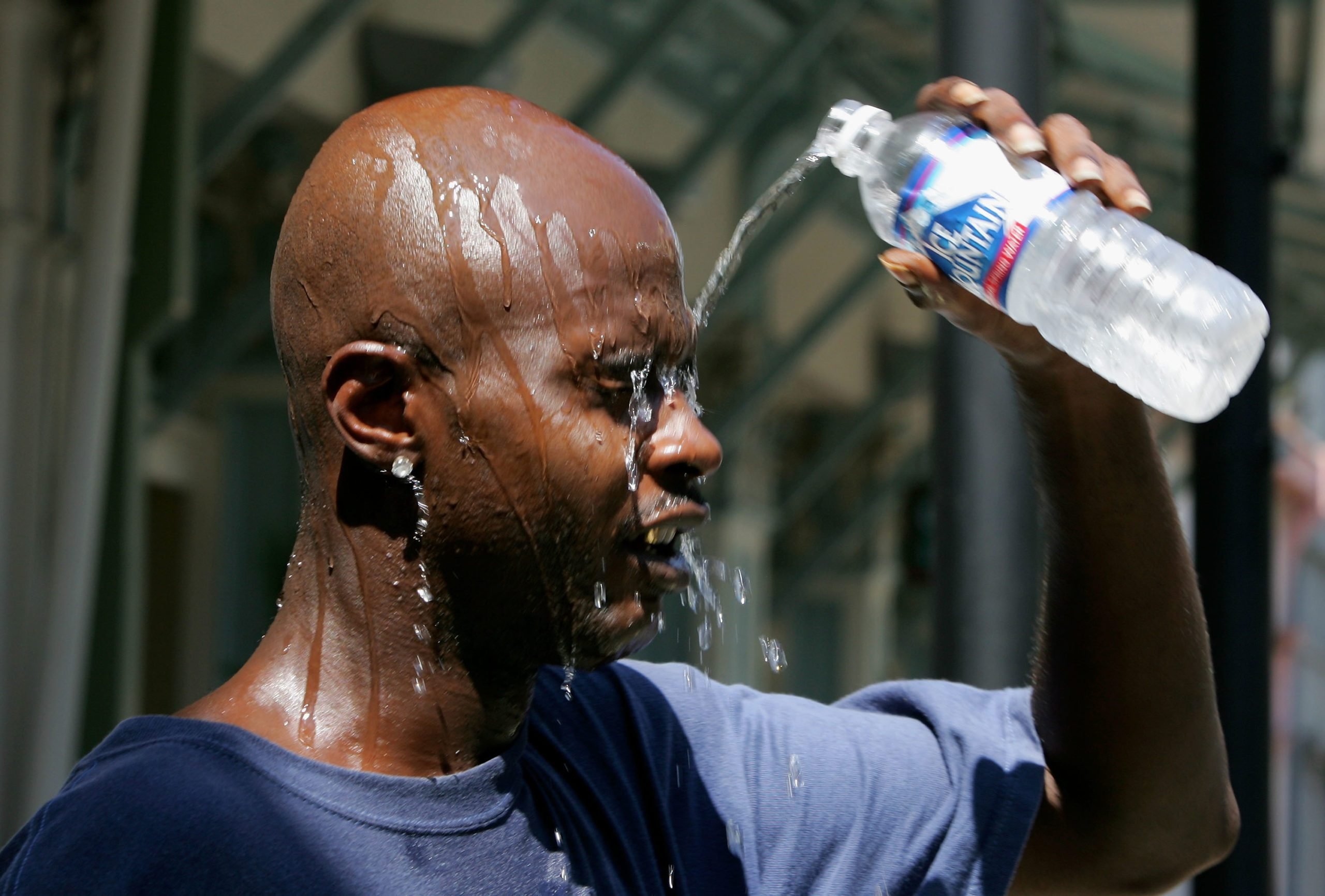 The Southwestern part of the country is “winning” in the heat department in a number of categories: in the number of heat waves, for example, as well as the length of a heat-wave season. And according to NOAA, Louisiana and Florida are pretty close to tied for first place in those regards. Globally, 2019 was the second-hottest year ever on record, narrowly beaten out by 2016, and while a variety of states hit their all-time heat records that year, perhaps one of the most troubling was Alaska, which had “back-to-back days of record-high average temperatures statewide,” according to the New York Times. It’s a worrying trend because warming temps in the northern part of the world means melting sea ice, which comes with a host of negative consequences for the planet. In case you were wondering, this is the warmest (and coldest) recorded temperature in every U.S. state. 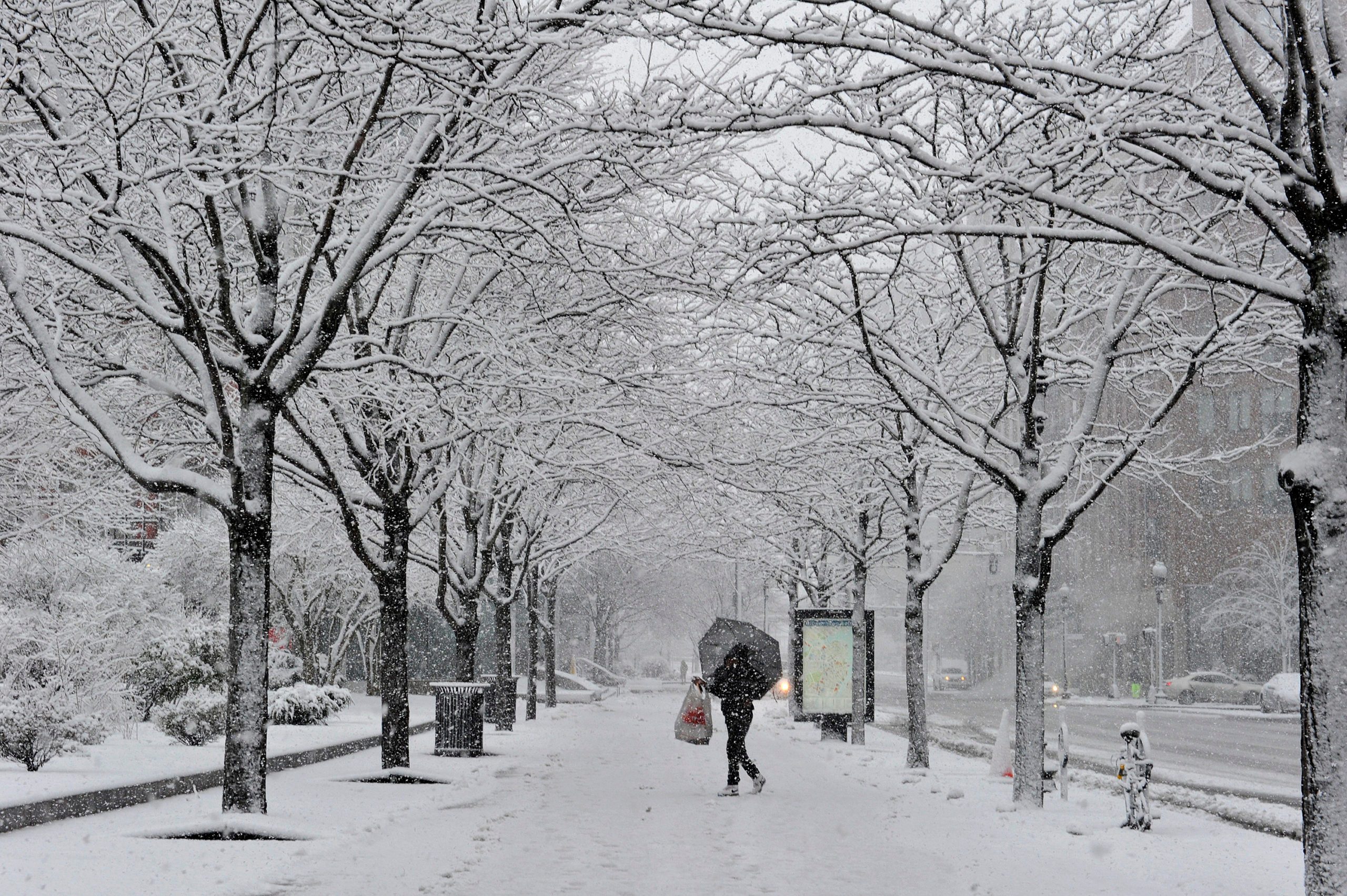 Since 2015, it’s the Northeast that’s tallied up the costliest winter storms year after year (almost $7 billion in damages combined), although which state to choose as the most impacted is a challenge. Still, we’ll put in a bid for Massachusetts, which suffered mightily in 2015, thanks to a massive and destructive dumping of snow in February, and a state-of-emergency-inducing blizzard in 2016. Massachusetts also got clobbered by two Nor’easters in 2018. Check out these natural phenomena that only happen in winter. 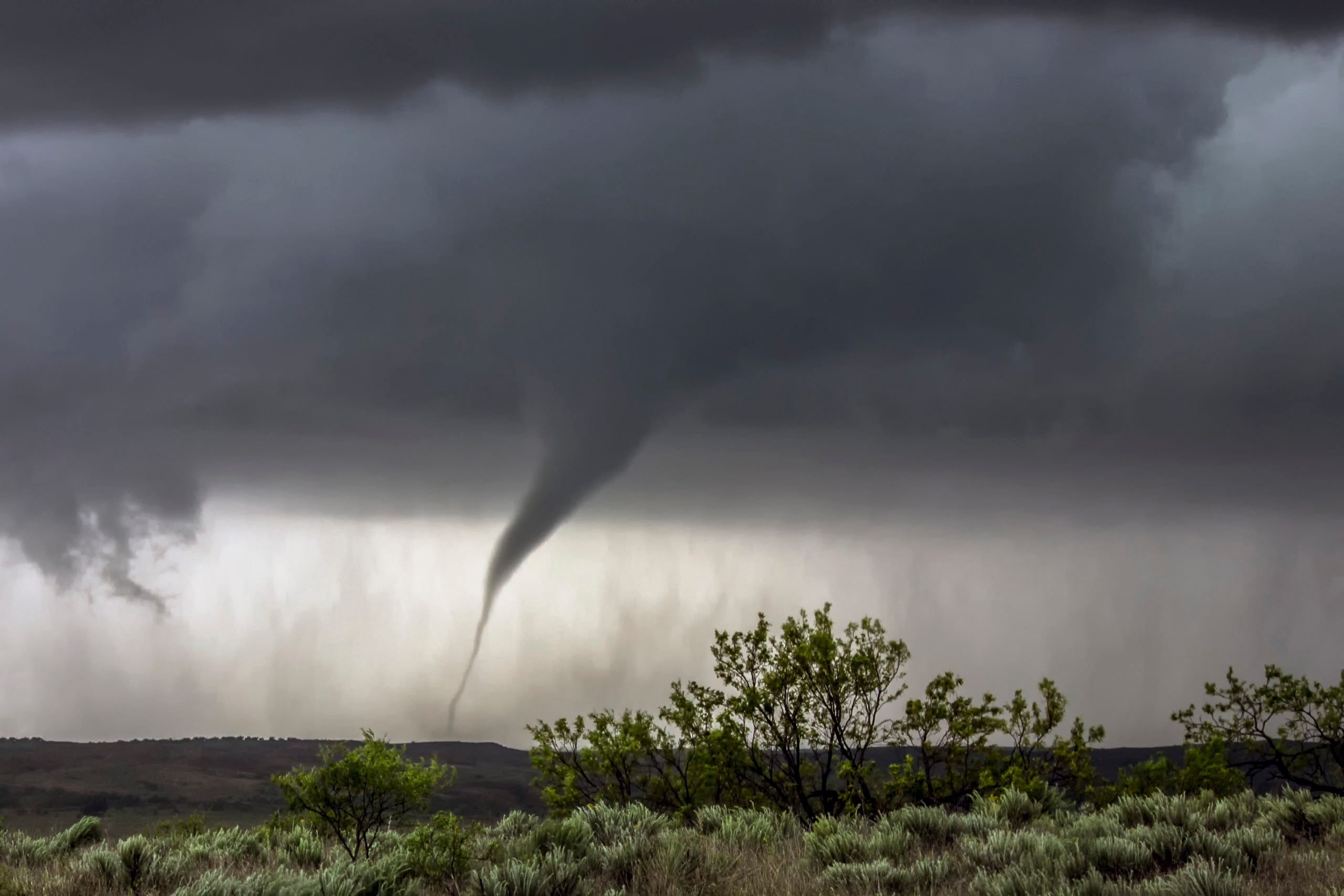 The United States experiences the most tornadoes of any country in the world, and we’ve also got a region that’s named just for them: Tornado Alley, which is usually considered to be made up of at least parts of Texas, Oklahoma, Nebraska, Kansas, Colorado, and South Dakota, according to Axios. In terms of sheer numbers, Texas usually collects the most tornadoes per year—it had 140 in 2019 by some reports. But that same year, two other states hit record-breaking numbers: Oklahoma, with 149 tornadoes and four associated deaths, and Mississippi, with 115 tornadoes, the Weather Channel reports. If you live in a high-risk area (and even if you don’t), make sure you know the three things you need to do during a tornado. 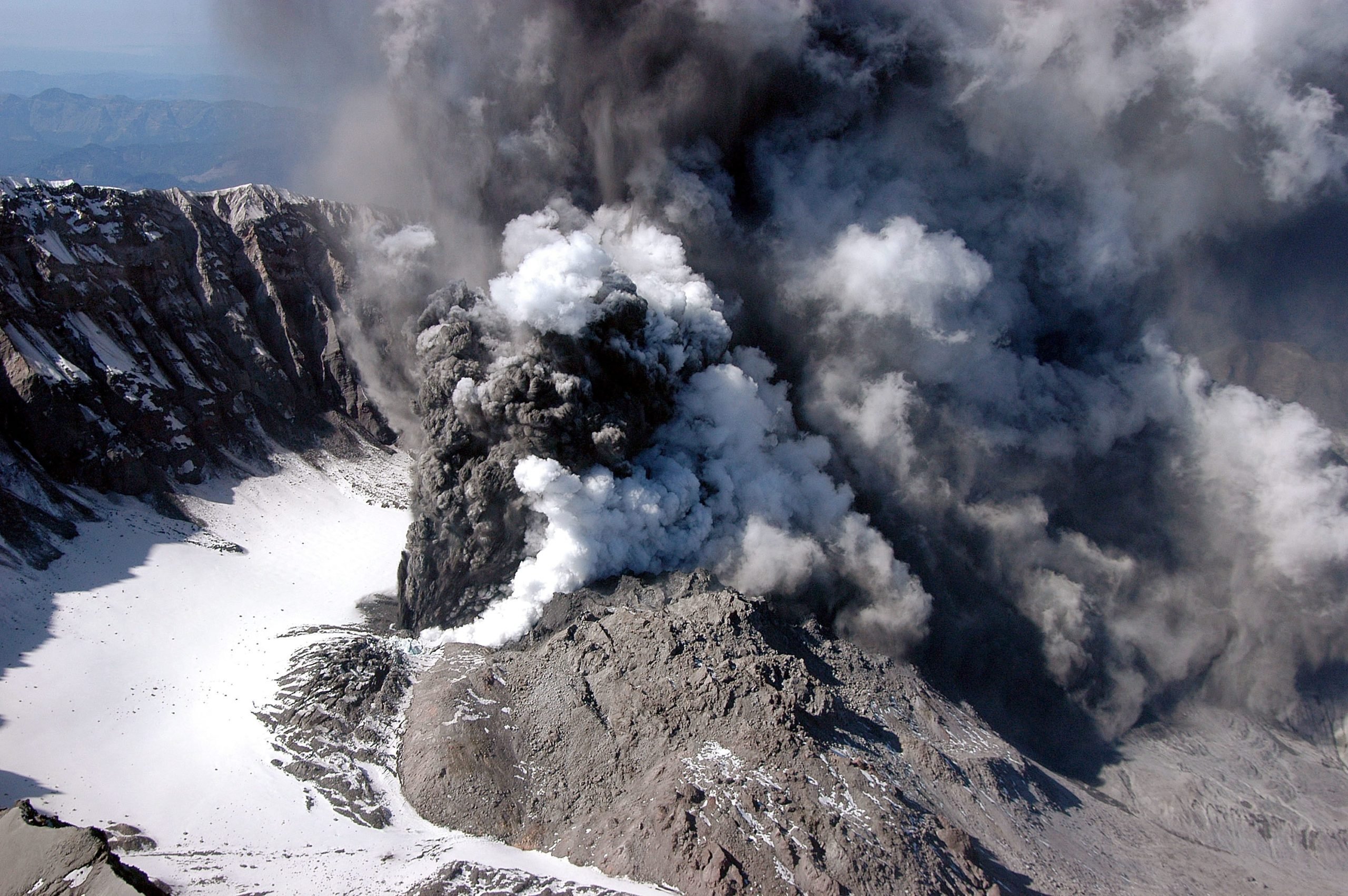 Having absolutely zero to do with climate change, let’s mix things up and finish with a bang: volcanic eruptions. The United States has 169 volcanoes that are considered “active” by the American Geosciences Institute, most of which are located in Alaska and don’t pose huge threats to human populations. But the Pacific Northwest also has its share of volcanoes, including Mount St. Helens, Mount Rainier, Mount Hood, and Mount Shasta. Mount St. Helens, which last erupted in 2008, was also the site of the deadliest eruption in U.S. history in 1980, with 57 people dead, and it’s reason enough to consider Washington the deadliest state for volcanoes. But the most potentially destructive volcano award might have to go to Kilauea—which would pass the baton to the state of Hawaii. The U.S. Geological Survey lists Kilauea as number one in its “very high threat” category (Mount St. Helens is number two), according to National Geographic, thanks in part to the large lava flows it loosed from May through August 2018. Learn more about volcanoes that could erupt soon.